The Rise and Rise of Third-Wave Coffee Joints - Manual Jakarta 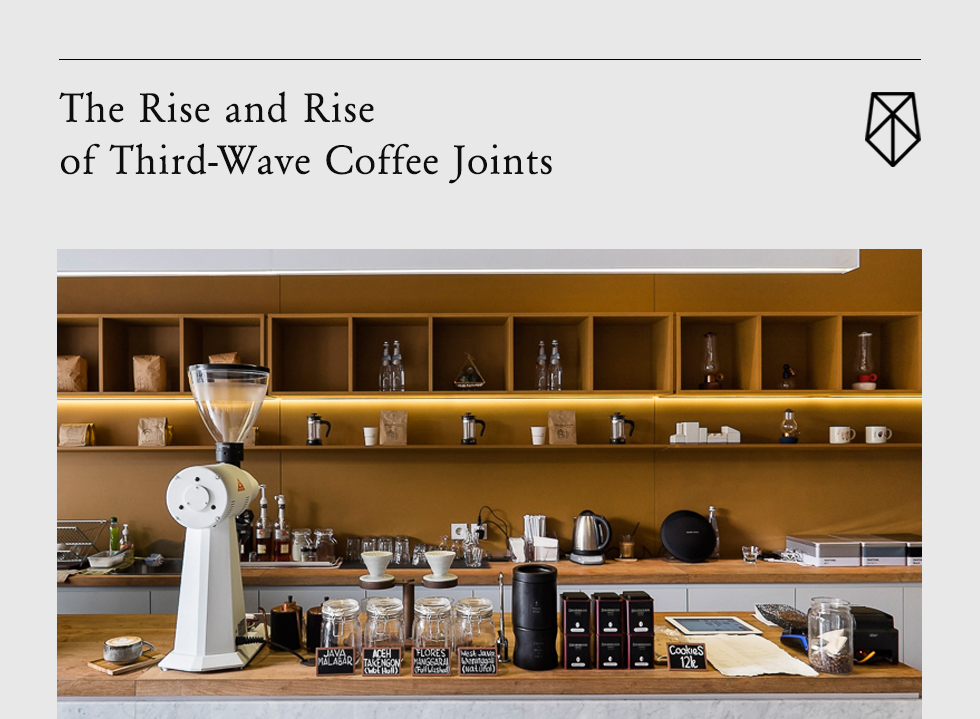 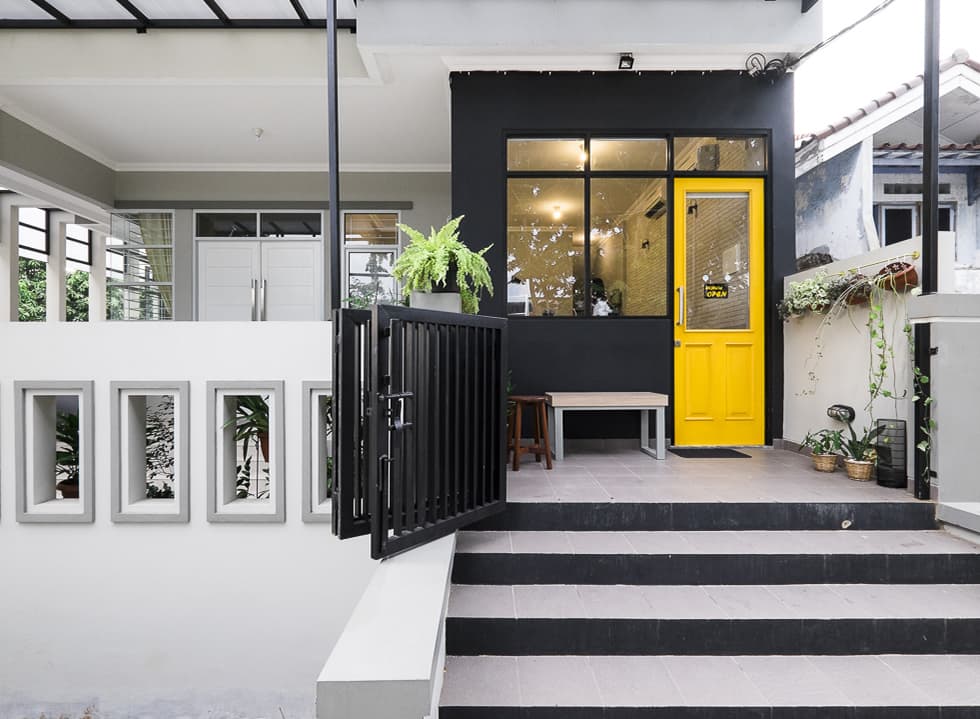 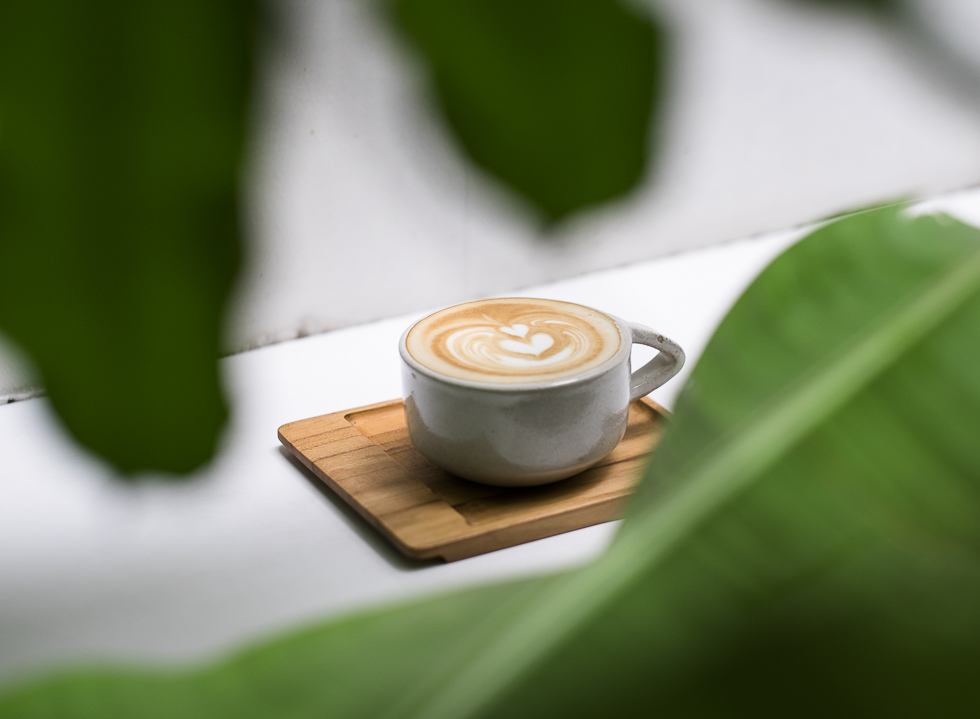 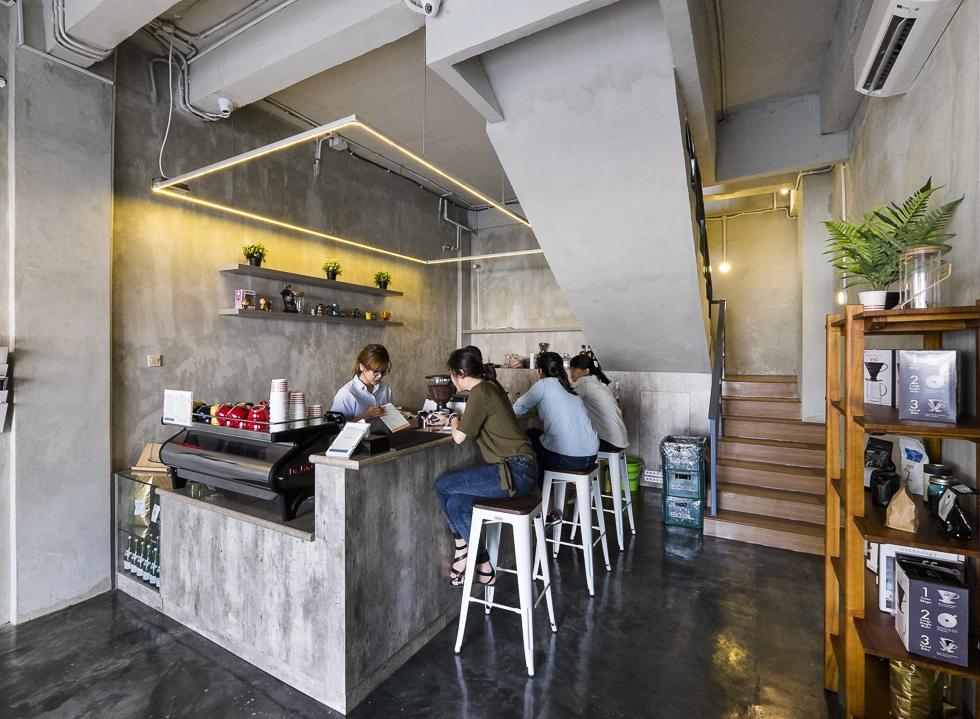 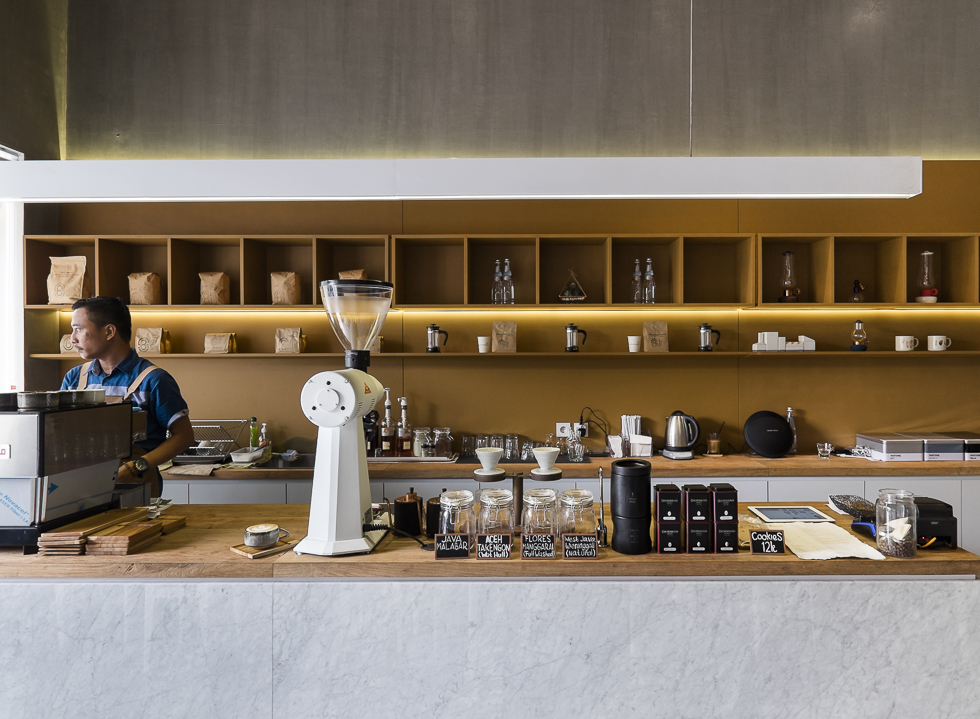 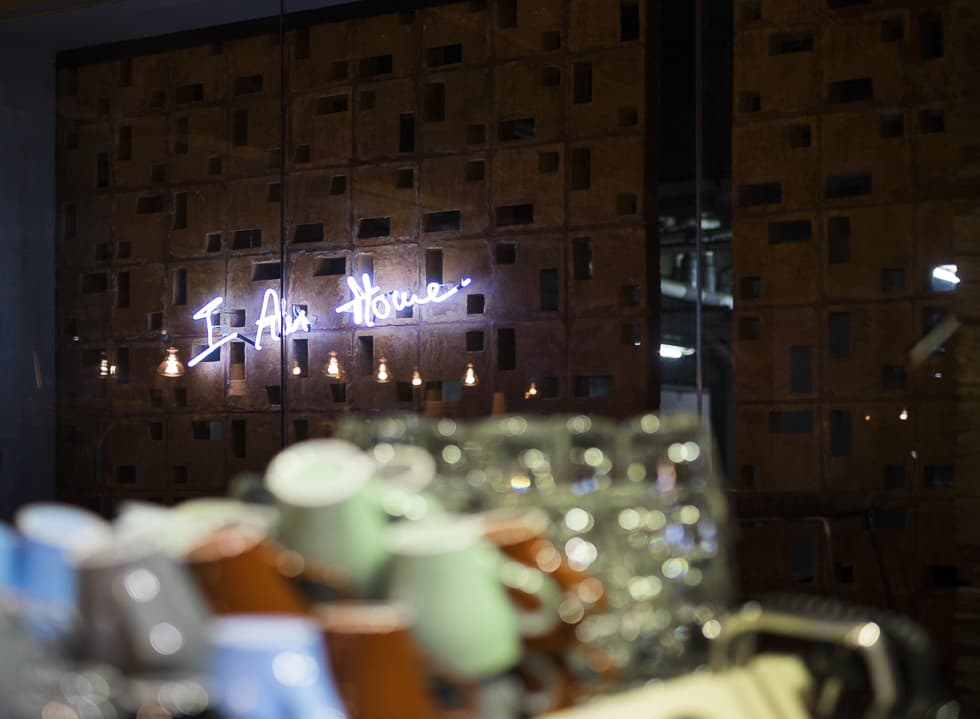 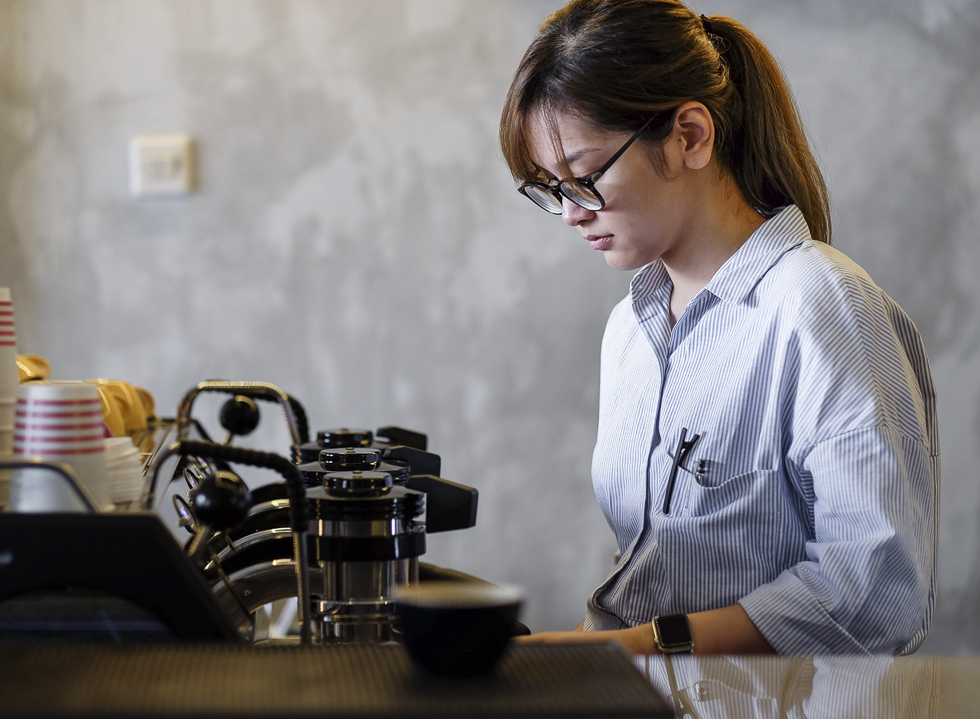 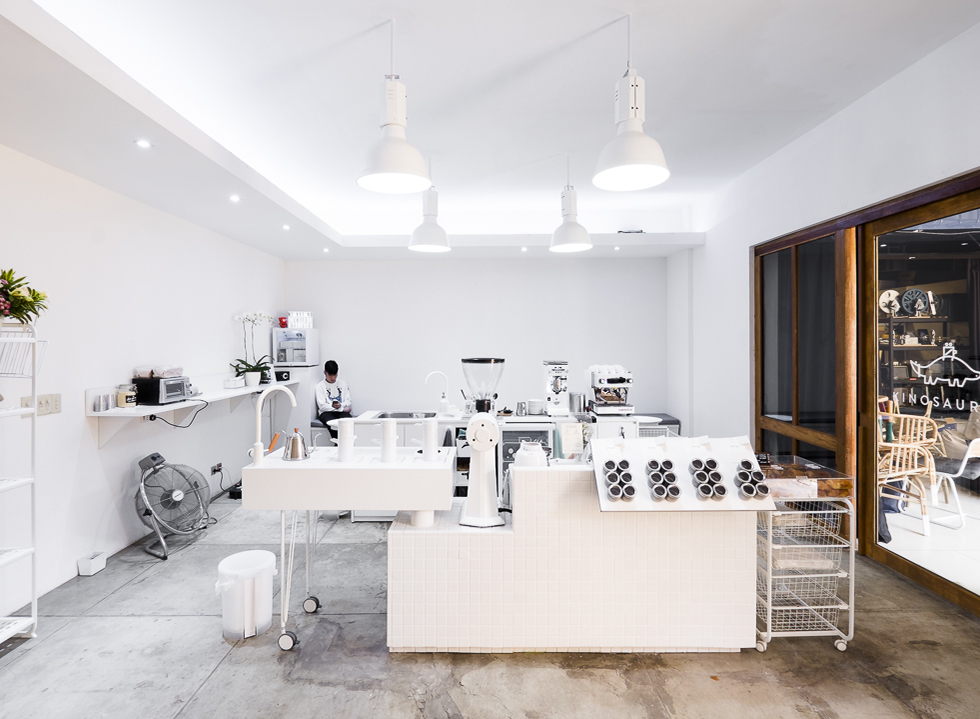 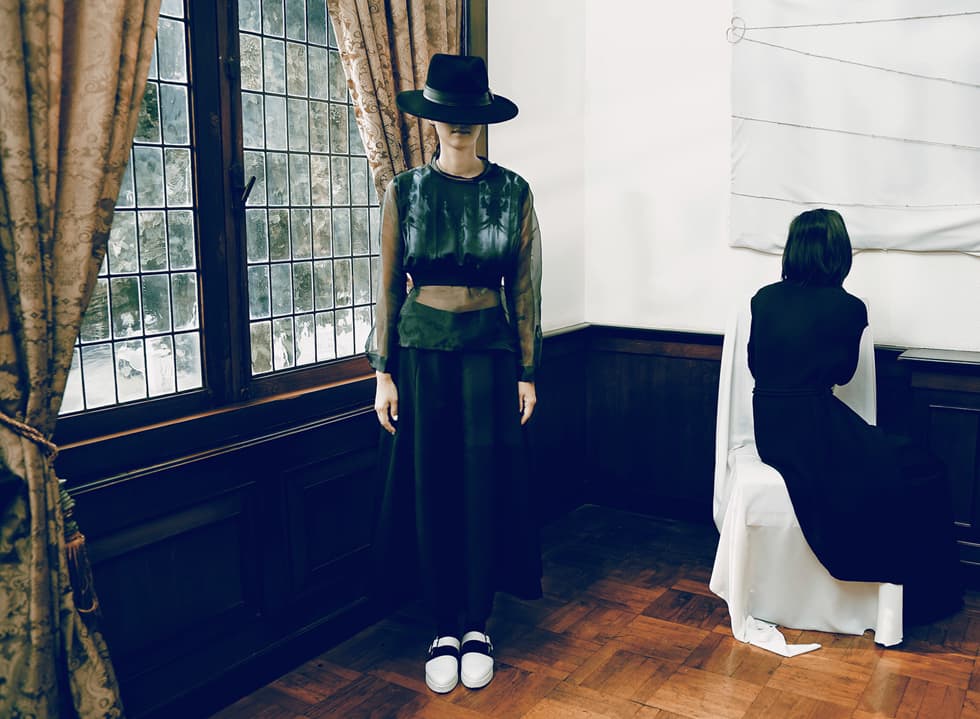 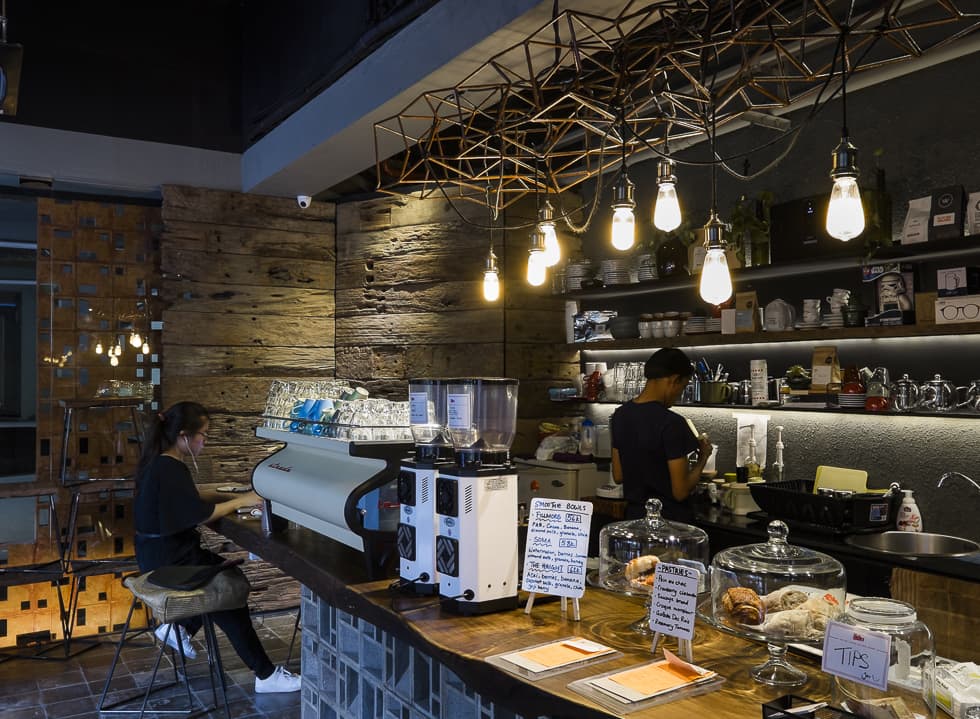 The Rise and Rise of Third-Wave Coffee Joints

by Audrey Karina
Share
Is the rise of third-wave coffee joints in Jakarta just a fleeting trend? We take a closer look into the industry to probe on both positive and negative outcomes of this growth, as well as how the industry has evolved beyond just coffee.

The coffee culture in Jakarta is certainly evolving. Small-scale, specialty coffee joints that stand in contrast to the bigger, more established coffee chains like Starbucks, are sprouting throughout various regions of Jakarta.

And raised expectations are largely at the heart of this rising popularity of specialty coffee. The days of grabbing onto ‘industrially-processed’, instant coffee packets that line the supermarket shelves are gradually replaced with regular visits to well-designed coffee shops serving your caffeine fix at exceptional standards.

The boom of third-wave coffee culture no doubt reflected how Jakartans are adopting drinking coffee that is sourced ethically and executed with exactness into one of their daily routines. But does the increase of third wave coffee joints equals to a healthy coffee culture? And most importantly, is it all but just a fleeting trend?

When specialty coffee first gained momentum in Jakarta, most of the cafes chose to open their flagship stores in the South, such as One Fifteenth, which was established in 2012. Today, specialty coffee joints have sprung up in previously less popular areas, with Ombé Kofie located in North Jakarta and Say Something in West Jakarta as testaments; people no longer need to travel far from their neighborhoods to enjoy good quality coffee.

Coffee joints are also beginning to take advantage of the distinct quirks that come with tiny, cosy spaces. For instance, Homebound in Kelapa Gading is constructed from an unused space in the owner’s home.

This rise in specialty coffee joints has, in turn, fueled the demand for local micro-roastery in a nation that is ranked as the world’s fourth biggest producer and exporter of coffee in 2014. Micro-roastery refers to independent roastery that roasts small batches of coffee to exact requirements, which are generally less than 70 kilograms, without relying on the help of big-scale factory machines.

“There are more than 40 micro-roasteries established in Jakarta alone over the past 5 years,” said Arief Said, the founder of Gordi, an online coffee subscription company. The latter delivers curated coffee from a range of local micro-roastery such as 9 Cups and Caswell’s to subscribers every fortnightly. “This is not exactly a novel concept as they have been widely adopted in Australia and the United States. But in Indonesia, the subscription model tend to stem from a single roaster.”

Gordi’s ethos of presenting a varied coffee experience coincided with the growth of local and international businesses providing the tools for coffee brewing at home such as CoffeeHQ.Biz, a local online shop offering quality curated products for brewing, barista tools and other related merchandises.

Safe to say, this parallels the increase in specialty coffee farmers over the years. Using the 2014 Indonesia Specialty Coffee Auction (an event where international coffee buyers purchase small batches of top quality coffee beans directly from the source in Indonesia) as a barometer, the committee received 144 samples of fresh coffee from local small-scale farmers, more than half from 62 samples in 2012, according to Jakarta Post.

“When we first started One-Fifteenth café back in June 2012, I observed that coffee beans supplied by overseas roasters became the focal points of marketing, “ said Nathalia Gunawan, the founder of the cult coffee joint. “In hindsight, these beans are exposed to fluctuations in pressure if not handled properly.“ These days, One Fifteenth café sources its beans from Morph Coffee, one of the well-known local micro-roasteries in Indonesia. This was done not only to preserve the quality of the beans, but also helps to reduce the cost of production.

Another helpful indicator is the existence of coffee competitions where baristas compete based on internationally upheld standards.

Nevertheless, the positive growth of specialty coffee in Indonesia is not without its downsides. Even as the number of third-wave coffee joints grows, so do those who started one just to latch on the wave without any understanding of the industry or the crafts.  As a result, it could result in the doom of the industry as consumers experience inconsistent quality of coffee from these cafés.

“If I am being pessimistic, I worry that eventually many owners of coffee shops are rushing to open because they love the idea of having their own café and designing the interiors of the shop but they lack the passion to serve good coffee,” said Ve Handojo, co-founder of the ABCD School of Coffee and Ruang Seduh.

For something that involves immaculate diligence on every step of the production process, specialty coffee deserves to be executed with the greatest commitment. The interiors are probably, at best, of secondary importance. And discerning consumers can tell the difference.

“While it’s great that specialty coffee shops can be found at almost every corner we turn,” said Sara Josephine Tobing, an avid coffee drinker who works as a Sales Supervisor at Fujitech, and counts Tanamera as her favourite coffee joint, “there are so many amongst them who serve ordinary coffee except in a decent place.”

Without any strict outlines on what constitutes specialty coffee, the result is a term that is bandied around loosely, leaving consumers the role of discerning the authentic from the extensive list of choices available. To Doddy Samsura, the two-time winner of Indonesia Barista Championship, specialty coffee reflects “the spirit to appreciate the quality of the coffee through a long collaboration between farmers, roasters, cafes and barista, as well as educating the customers.”

However, contrary to one’s expectations, the increase in number of coffee joints has not contributed to a greater openness in learning about the crafts; whereas the essence of third wave coffee is to promote transparency within the industry. Ideally, consumers should be able to learn more about the details of the coffee that they drink from the barista, other than its names.

“Back then, I feel that customers tended to be more curious about the apparatus we used (referring to brewing equipment, such as Aeropress) and more open to hearing us share information about coffee,” observed Nathalia, “ But now, with a wider audience, they seemed less enthusiastic about being educated on coffee. All they want is a simple cup of coffee that suits their palate.”

Not all is bleak

Still, if we were to look at it from another perspective, it is not as bleak as it seems. Perhaps, there has been a shift in how customers prefer to obtain their information about coffee, from friends or via the infinite sources online.

To wit, the ABCD School Of Coffee regularly receives applications for the enrollment of barista classes from a wide range of coffee enthusiasts, and not restricted to just budding baristas. All these attest to a growing curiosity about the craft.

In addition, third wave coffee joints are also increasingly focusing on being ‘third place’ – a social space, neither home nor office, that functions as a surrounding for community building.

These ‘third place’ have also revitalized their surrounding neighborhoods by serving as a hub for people to engage in their creative pursuits. Over at One Fifteenth, it has played host to an extensive list of activities such as ceramic workshops by the renowned Ayu Larasati as well as a children storytelling event in collaboration with Seumpama Books. And with that, the establishment has established itself a reputation among the creative professionals in Jakarta.

“It is important to keep in mind that the people who appreciate coffee can come from various walks of life,” said Ve. “It is such synergies (between coffee and another hobby) that makes coffee as a way of life, relevant for us all.”

But ‘third place’ can also manifest itself online. Through the use of Instagram hashtags (#PeopleOfOmbé and #GodfatherOfOmbé) and buoyed by the owner, Jason Leo’s affecting friendliness, consumers of Ombé Kofie find themselves belonging to the establishment’s online community, which resulted in a sense of inclusion.  “It is clear that the owner Jason Leo is intending on building a community of coffee lovers and he does so by affecting visitors with that unique, special touch that defines Ombé Kofie,” said Nathalia.

It is important to take note that a thriving coffee scene depends heavily on a progressive attitude, not only from the business perspective but also the community who consumes them.

Third-wave coffee culture could also be the unlikeliest industry that encourages social progress. At Rubiaceae, the coffee shop is run by a team of female baristas, which aims to increase the female presence in the mainly male-dominated coffee industry.

For independent businesses such as Gordi, embracing feedback and a forward thinking attitude are crucial too. Arief understands that by playing a ‘patriarchal’ role of deciding the beans for subscribers, he is undoubtedly putting himself on the line. “But let me know if the standard needs improving and I will try to better your next experience,” said Arief.

With all that is said and done, the third-wave coffee industry in Indonesia has only progressed from its infancy at best. With the combination of the rich variety of coffee beans and increase in public’s fascination with third-wave coffee culture in Indonesia, the continual growth of the industry is no doubt ensured. Who knows what it would evolve into in the near future. But for now, we move ahead with one cup of coffee at a time. 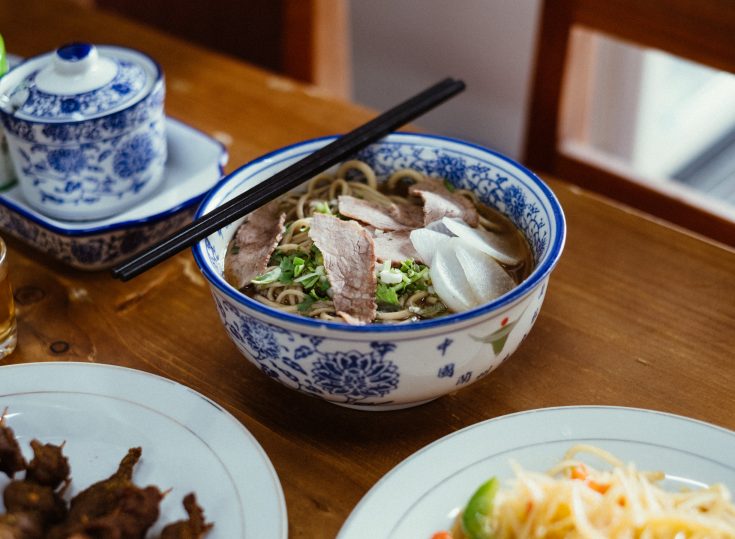 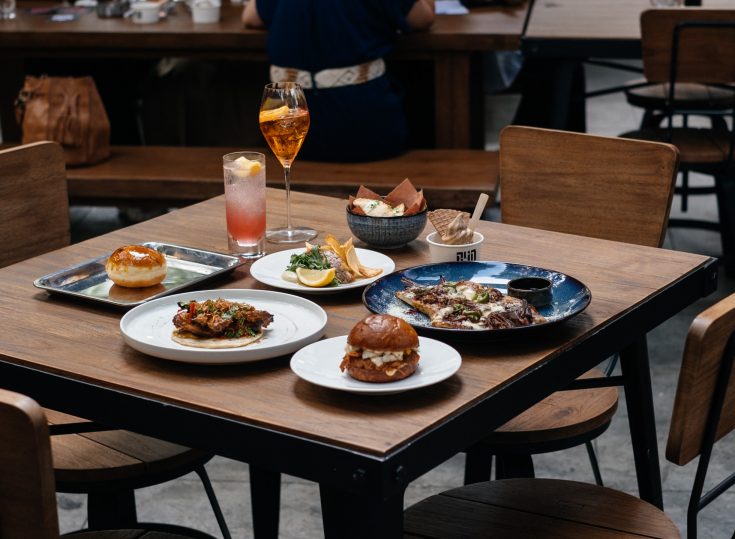 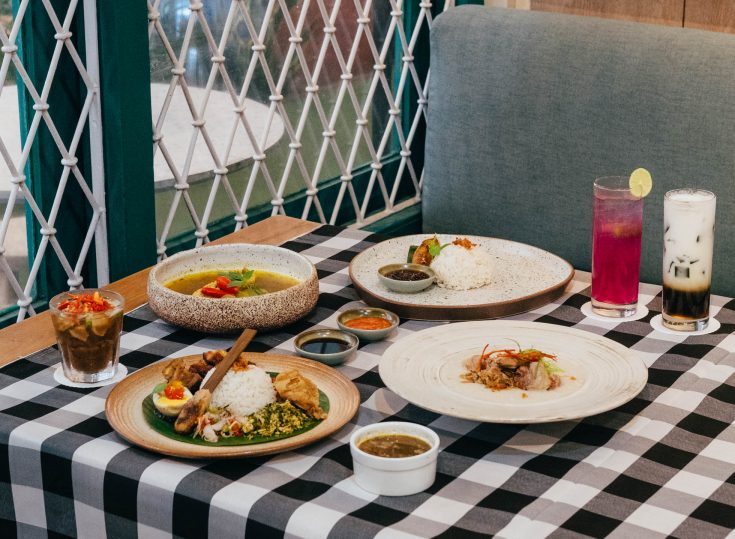 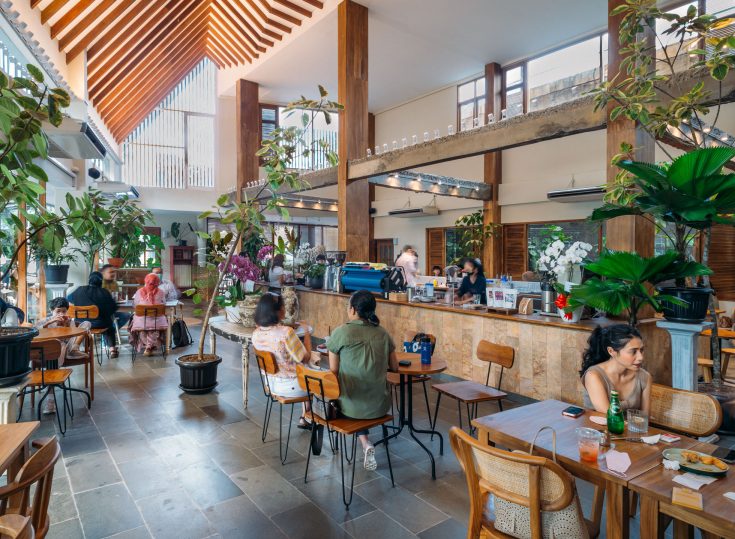 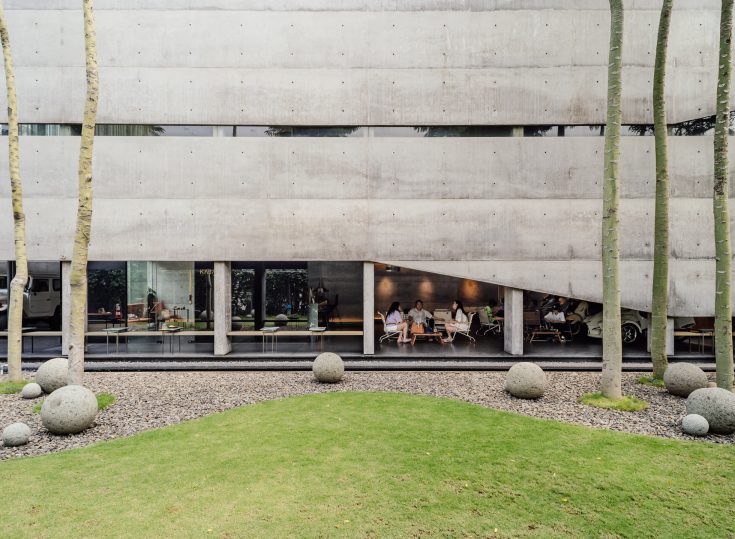