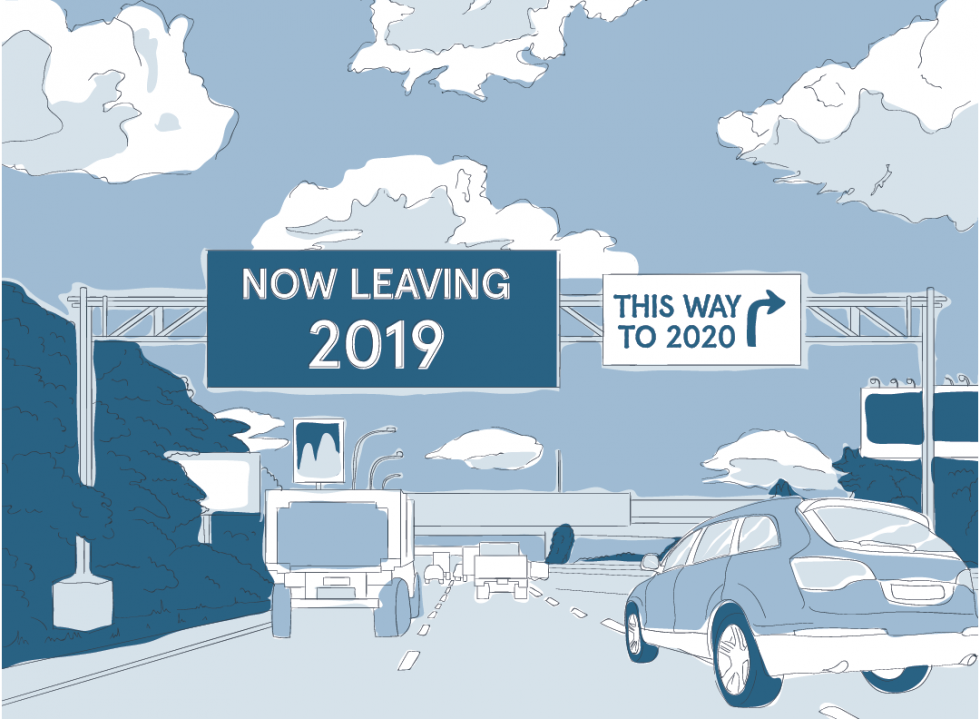 by Julius Kensan
Share
From public transportation to the popularity of indoor plants, Editor-in-Chief Julius Kensan recaps the developments that shaped the lifestyle industry in the year 2019 and the upcoming decade.

How is it possible that every year seems to go by faster than the last? Blame it on the fast-paced city life or maybe it’s just… life, in general, in the 21st century. One thing is for sure, it has been an intense year, especially for those who live in Jakarta. From the presidential election to the controversial new criminal code, 2019 got us constantly on the edge like a wild roller coaster ride; exhilarating for some, while the rest would rather not live through that ever again.

Perhaps it was indeed the tumultuous events happening in 2019 that got people yearning for an escape, most notably through music. Jakartans definitely have no lack of options this year. Big players like Ismaya Live got it covered with their annual We The Fest and Djakarta Warehouse Project, peppered with a smattering of solo international acts throughout the year. On the alternative side, Studiorama leads the way on how to run successful music events as a flourishing independent player, most notably through Ornaments. To think that it was only a few years ago when Jakartans would have to fly to neighbouring countries just to catch their favourite acts live.

While the reputation of Jakarta continues to rise as a viable destination for global acts, it also took a hit late this year by Lokatara Music Festival where a handful of main lineups, like The Drums, cancelled their appearance at the last minute, citing violation of the contract as the reason. Still, even if such case may make you think twice before purchasing a ticket, get ready to brace your bank account, as more noteworthy festivals and concerts will very likely to grace the city in the upcoming years.

The year 2019 has also been a great one for those who have been pushing for an improvement in Jakarta’s public transportation. The Jakarta MRT officially opened its doors to the public this March to great fanfare. Travelling from Lebak Bulus to Bunderan HI within less than an hour is no longer the stuff of dreams. The MRT has also come at the opportune time when Jakarta is grappling with declining air quality as more and more personal vehicles flock the streets.

Apart from being a solution to improve the traffic and air quality of the city, the MRT, coupled with improved sidewalks, has successfully revitalised a handful of neighbourhoods along its path. Blok M serves as a prime example. In less than a year, the area has seen a rise in new establishments, especially M Bloc Space, a lifestyle hub that is wildly popular with the youths.

Speaking of the sidewalk, things are going to be a whole lot different the next time you visit Kemang as it undergoes a major makeover. Residents and visitors will have more to celebrate with the newly built pavements in this neighbourhood of South Jakarta. More than just being pedestrian-friendly, there is no doubt that F&B establishments are going to cast their attention to the new and improved Kemang. More transformation is to be expected of this area.

While the improvements in the overall public transportation and mobility are still in progress, Jakartans still prefer to spend their time indoors. Therefore, it’s no coincidence that indoor plants have enjoyed great popularity this year. Thanks (and no thanks) to the aforementioned declining air quality in the city, Jakartans are increasingly looking for ways to “green up” their living space.

Of course, the concept of bringing nature indoors is not new in Jakarta, but the persistently low air quality and lack of public space, such as a park, have resulted in a growing number of new establishments turning to plants as a way to offer more incentives for their customers. One of the leading landscape design studios, Larch Studio has effortlessly displayed how to do urban jungle within the confines of four walls and establishing landscaping as an important aspect of design.

With their portfolio that boasts noted clients like CORK&SCREW Country Club, Three Buns to _Oeang and BEAU, Larch Studio’s works are subliminally influencing Jakartans on the importance of greeneries in our daily lives. Perhaps it’s just a trend and plants are finally going mainstream. But it’s definitely a trend in 2019 that we absolutely can get behind.