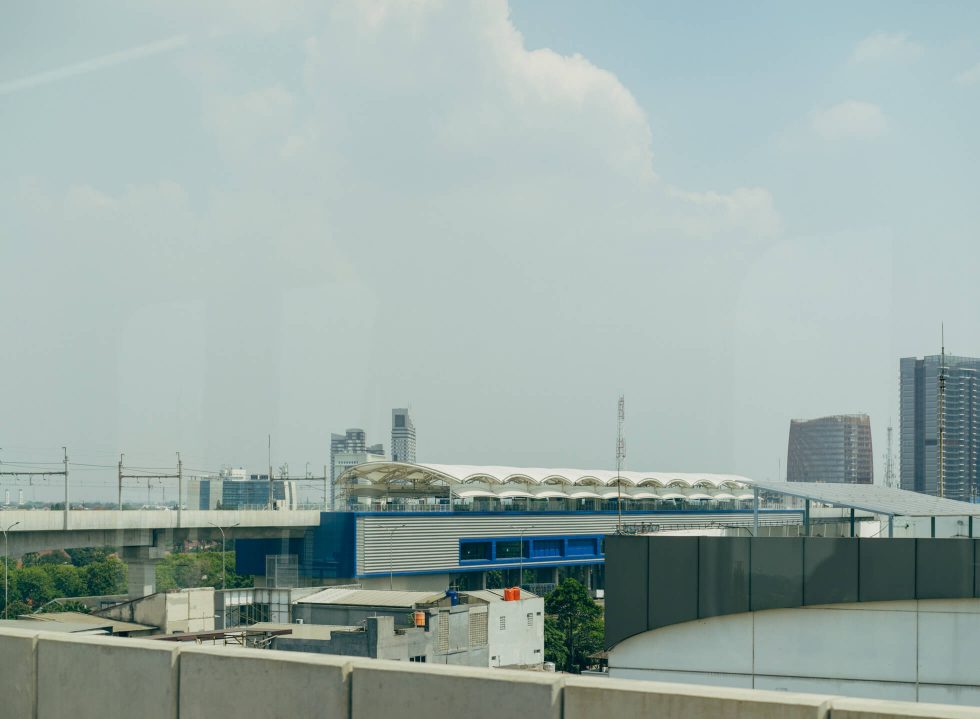 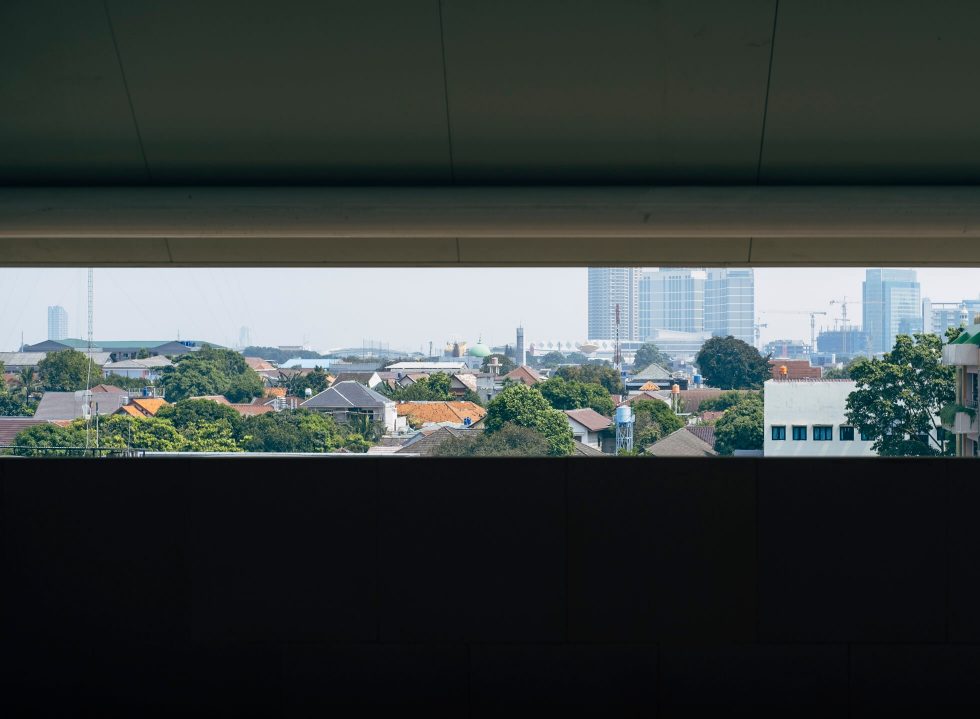 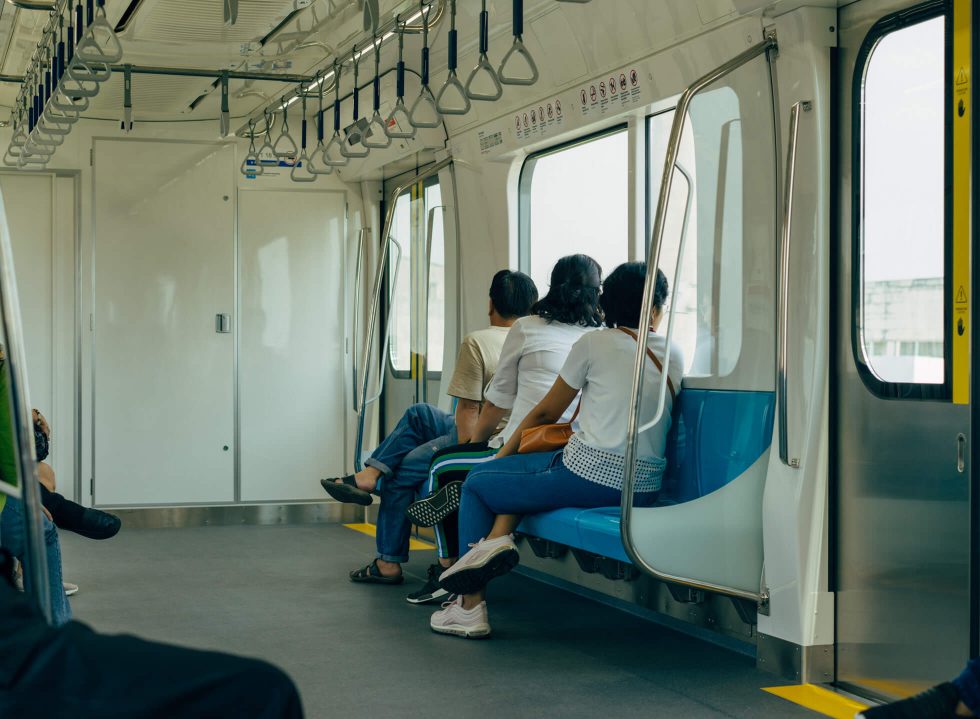 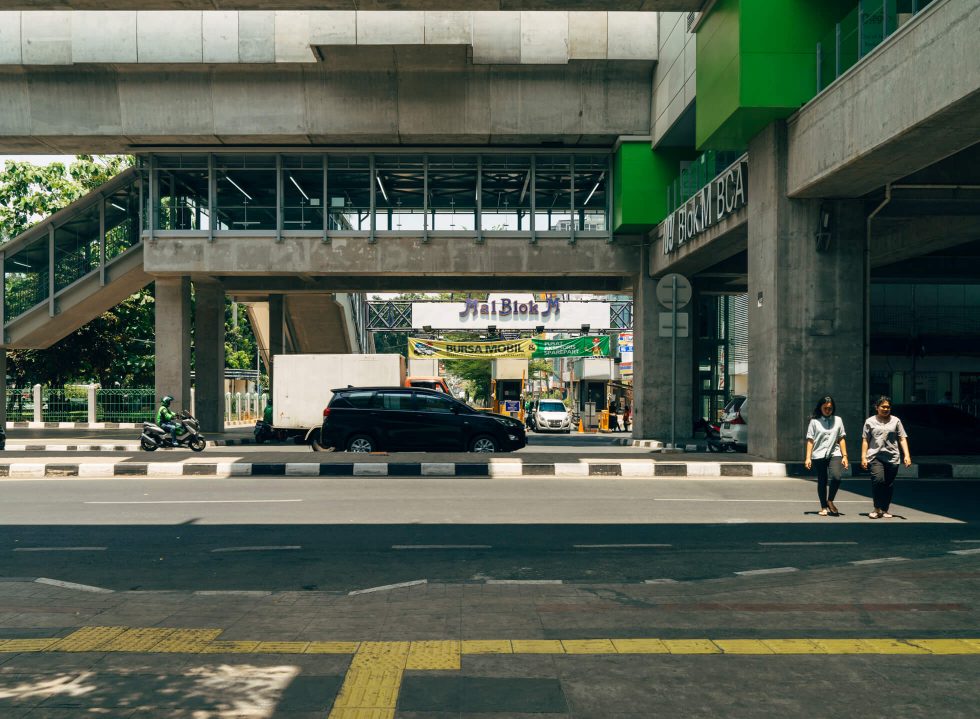 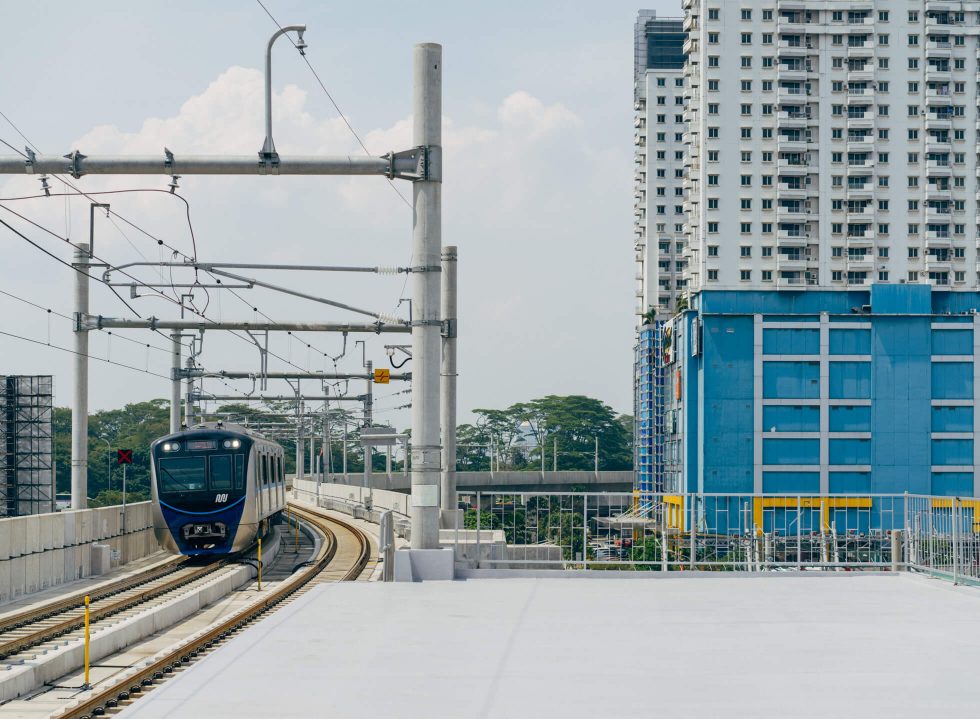 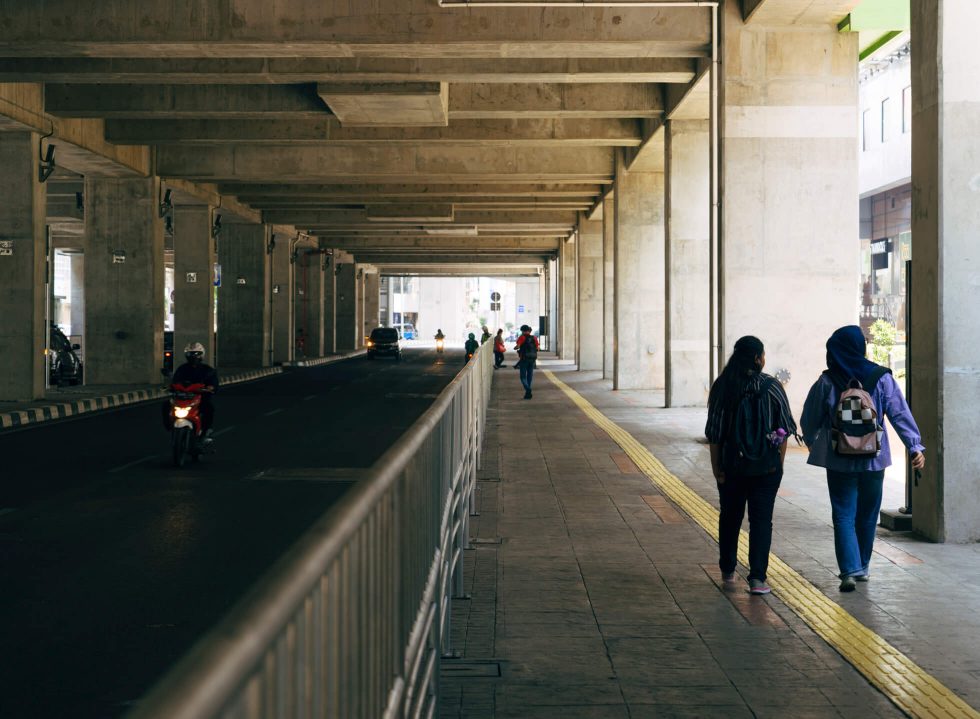 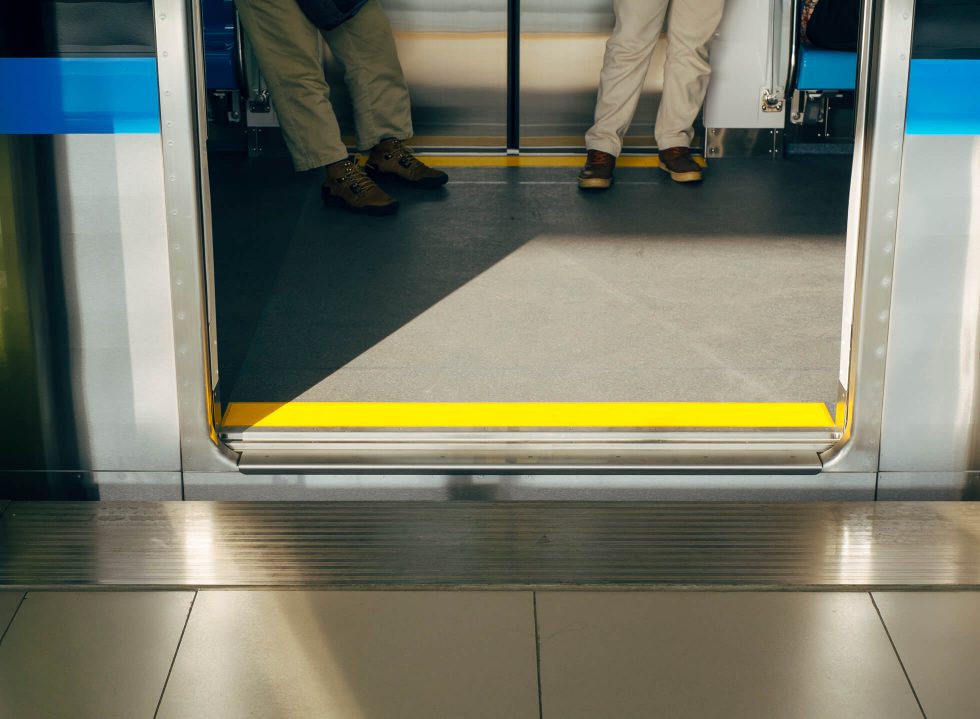 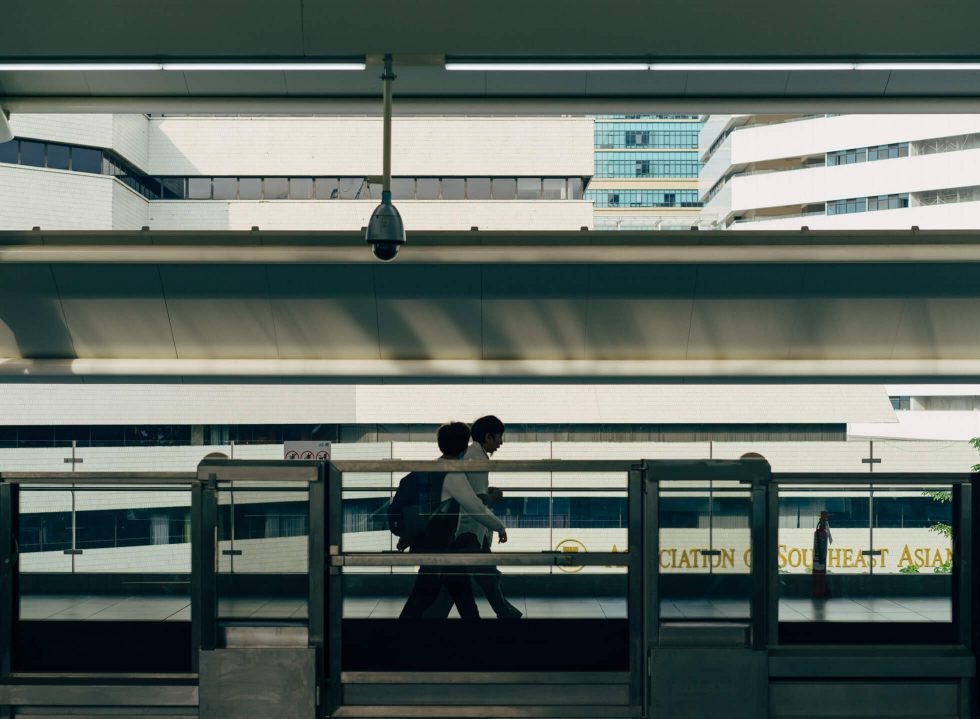 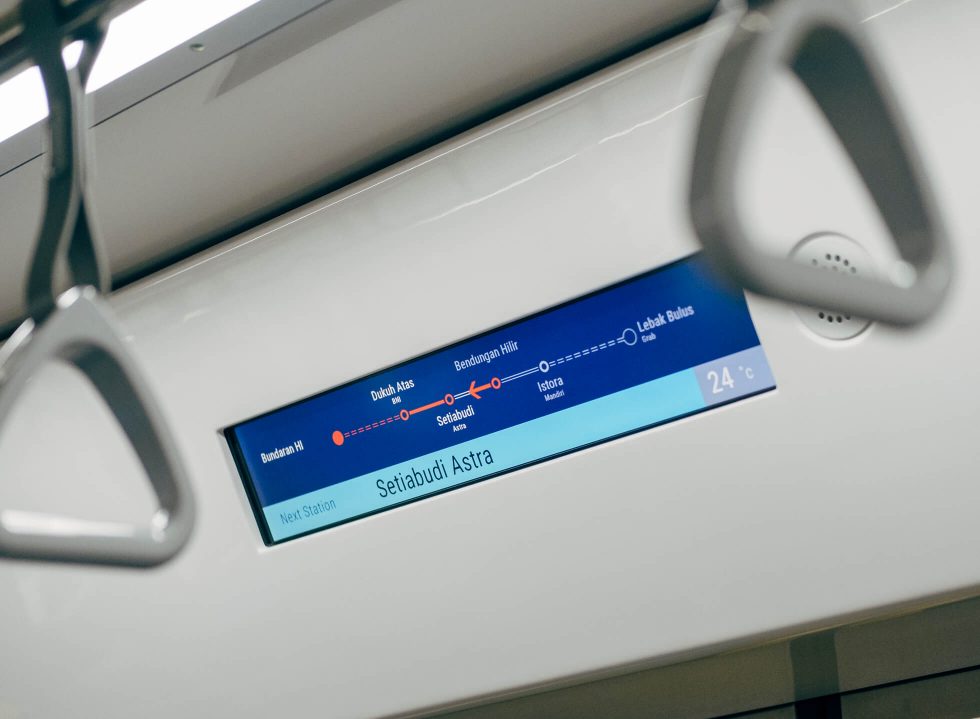 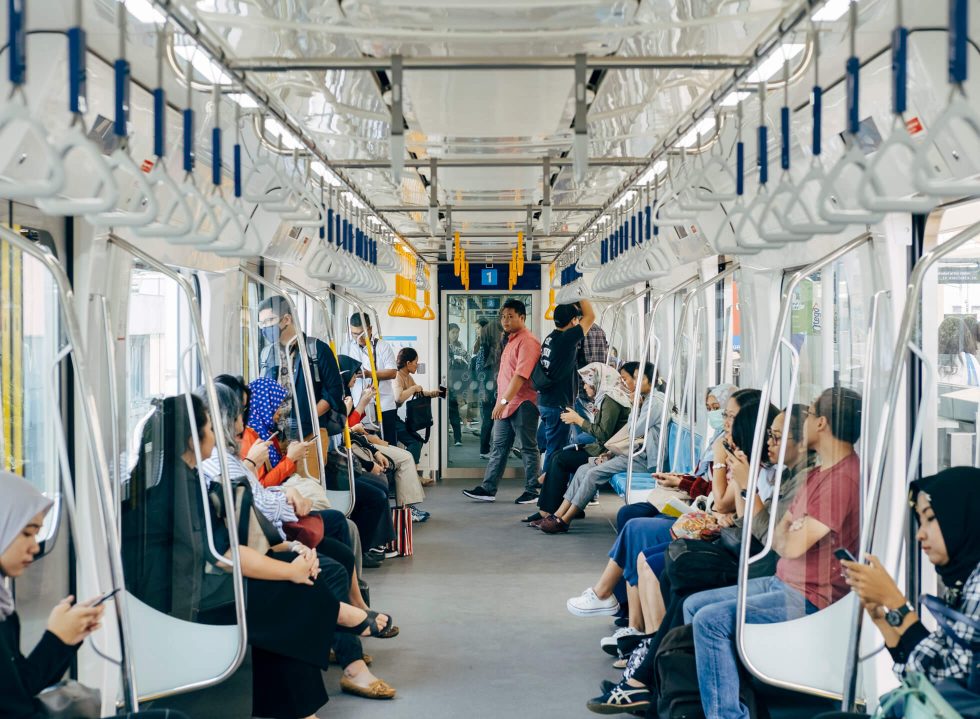 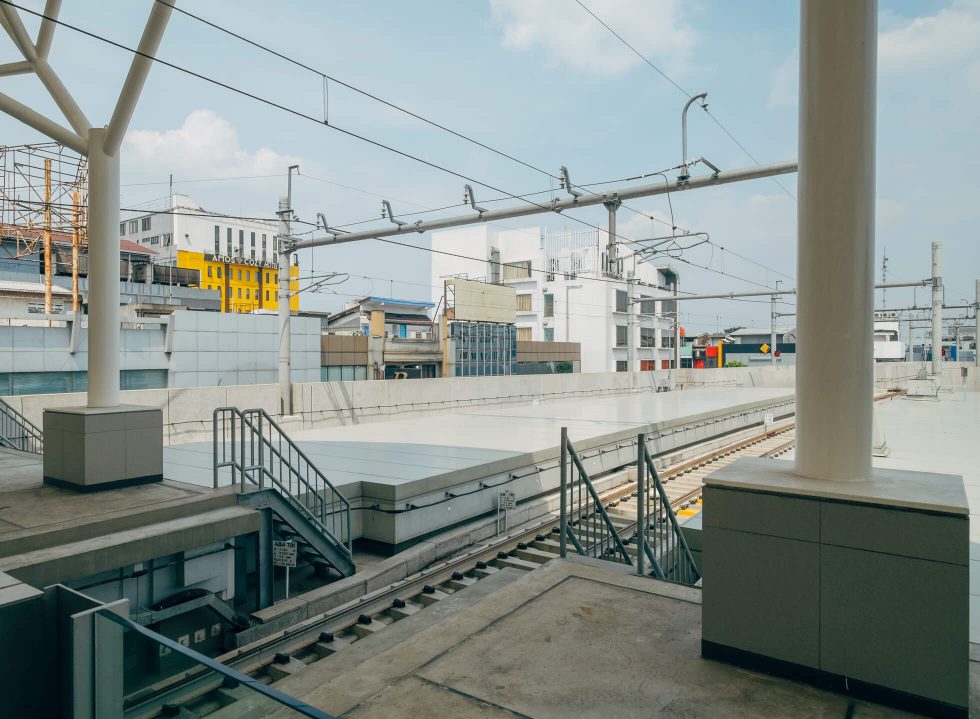 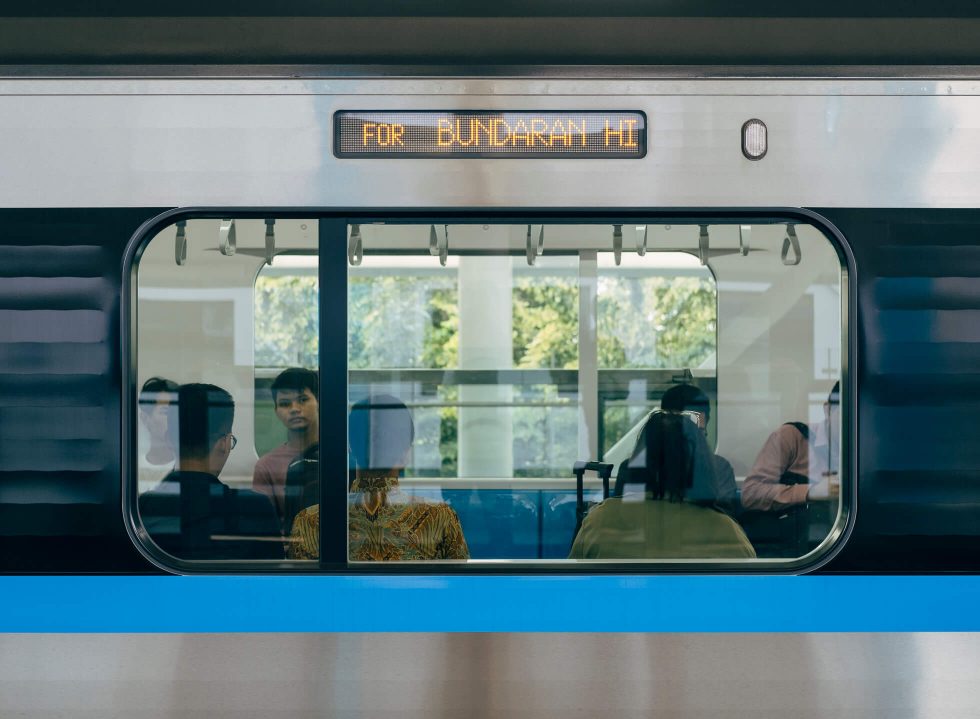 MRT Trains for your Thoughts

Elizabeth Sihombing
Share
The first phase of the MRT in Jakarta has given more than new developments and excitement to the people of the city. Beyond that, we're delving into how its presence are changing the relationship between Jakarta and its inhabitants as well as its effects on the F&B scene.

The year 2019 certainly feels like a year full of advancement in Jakarta and one of the most exciting things that has taken the stage is the opening of the MRT, or formally known as Moda Raya Terpadu (Mass Rapid Transit). We’ve heard of the countless positive effects that have fallen upon Jakartans (i.e convenient and quicker commutes, anyone?) since it fully began operations last March. Several months into this new lifestyle, we’re shifting our lenses away from the obvious benefits of this shiny commute facility and zooming in on the subdued impacts that the MRT has had on Jakarta and its inhabitants.

There’s no surprise that Jakartans are genuinely excited about this new development. From the locals to city visitors, everyone wants to try and experience that commuter life at least once. While the main purpose was to help commuters travel from the southernmost point of Jakarta to the city centre (and vice-versa) by overpassing the congested Fatmawati and Sudirman streets with thirteen stations that stretch over the 15.7 KM distance,  upon closer inspection, we can see that neighbourhoods surrounding the stations also seem to be getting a small face lift.

The trains run every 10 minutes and play host to almost everyone everyday, from commuting white collar workers to families and friends hanging out . “Coincidently, the current MRT route is the route I use the most. I have been able to reach places faster and save a lot of time,” says Wendy Chandra, a Scriptwriter who rides the MRT on a daily basis. In September, the daily commuters that ride the MRT is around 86,000, reported by Muhammad Kamaludin, a spokesperson from the MRT.

Strategically, the MRT stations are built in some of the busiest places in the city. Think Cipete, Blok M, Bendungan Hilir, and Bundaran HI among others. Each spot holds a significant intersection of movement, presenting the opportunity to freely explore the neighbourhoods around every station–ease of transportation guaranteed. With the daily 86,000 commuters, it meant expecting thousands of incomers frequenting these areas. We mean business.

A much awaited revival

Before the glow of the MRT, most locals would know Blok M for brimming with cheap eats and cheaper goods. The place itself was a little run down and fitted to locals more than anyone else. Roni Situmorang, an account executive who works in the Blok M area, has witnessed all the changes  since the MRT set up the Blok M BCA station right adjacent to the forgotten Blok M Plaza mall. Roni mentioned, “Blok M Plaza now is more safe and cosy. With the MRT station, Blok M Plaza was concerned to make that place become comfy and interesting. There’s also a lot of new tenants, such as J.CO, Marugame Udon, Pepper Lunch, and etc.”

If one were to visit the mall a year ago, Blok M Plaza was a somber place with empty for-rent spaces, few unenthusiastic tenants and even fewer visitors keeping it alive. Today, the mall is breathing an entirely different life.

Blok M Plaza is a tale of retail with a happy ending, and elsewhere, independent businesses have a telling experience due to the MRT also. Inspired by their own travels and experiences with commuter lines, the duo behind the popular Instagram account @DariHalte_keHalte has given a spotlight to some of the overlooked parts of the city with street food recommendations found around MRT stations.  The account was birthed from an idea by the duo’s own experiences in seeing other Asian countries having their own guide to the best eateries around their commuter lines, but none in Jakarta. So they did just mere two days after the MRT began operations.

“Our mission for [@DariHalte_keHalte] is to help promote micro-businesses,” says the account holders. By finding and blasting about new must-try spots on the account that has garnered more than 44,0000 followers to date, they help local vendors with limited promotion tools and knowledge to grow their business.

The unique power of social media is at play with a particularly heartening quality: A handful of the local vendors have reached out to the duo via Instagram, reporting that the spotlight has been good for their humble business. In its seventh month running, this small passion project took off and expanded reaches to hundreds of hidden gems found around Transjakarta and LRT stations too.

If anything, @DariHalte_keHalte’s success shows that they are the first account to set the stage for micro-businesses to take charge of their destiny. Furthermore, it became the first platform that has gathered Jakartans together over the love for food and exploring–with a twist. As the account garnered audience, the followers themselves fell into the enthusiasm of sharing their own finds to @DariHalte_keHalte, creating a community of fellows who thrive on the share button. The duo still posts on a semi-regular basis, but their loyal followers help them highlight the people and businesses when they can’t, which they repost on the account’s Instagram stories.

Despite the influential effect of the project, the duo is anonymous and seeks to remain that way. Not only anonymity benefits them with the freedom to scour new spots without being associated with the account, the spotlight can be concentrated on the micro-businesses they help. This way, @DariHalte_keHalte sticks to its goal.

It took thirty years to solidify a reliable and modern mode of public transportation, and the effects are instantaneous. With an overall better commute and a shared enthusiasm from the population, the behaviours of Jakartans are changing.

A new lifestyle for us

Life in Jakarta seems to be getting a little bit easier now, at least if one relies on the MRT for one reason or another. From the reasonable commute times to being emotional distress-free from traffic, add in the new places to check out and even social media accounts to help navigate this city, this generation of Jakartans interact with the city differently. Consciously or not, they’re slowly embracing a new lifestyle.

While it isn’t a claim that commuting itself is a new phenomenon, commuting with the MRT has driven change in people’s daily attitudes.

Jakartans love to hang out, and for some, the closer the place, the better. Wendy and Carolyn Damanik, a freelancer, now take into consideration the places they will pass by for future hang out locations with friends. “There are many restaurants that I really like after MRT exist,” Carolyn mentioned, “I like meeting up with my friend around Senayan and Little Tokyo at Blok M,” she continues. Jessica Nevina, a film distributor who works in Kuningan can vouch that the aspect of travelling with her backpack on her back and not wearing it to the front as she used to (as a measure not to fall victim of pick-pockets) is an alleviated burden of its own.

People are more aware of the city and not just in a superficial glance, but to invest the time and effort to experience it in a new way. Even when the duo from @DariHalte_keHalte aren’t scouring for the project, they are willing to go from the Dukuh Atas BNI station to Cipete Raya station all for the name of lunch and arrive back to their office with none the wiser within a reasonable time. The city is starting to adapt and is now almost demanding for more.

Currently, the MRT is in its early stages move up north from Sarinah to Kota, along with other proposed tracks in the city, according to Muhammad. When speaking to other commuters like Wendy, Roni and Jennifer, some wish to see the MRT in the outer parts of the city, like in BSD or Kelapa Gading, or one that moves from east to west. Either way, it seems as though the MRT is bringing everyone together. At this pace, the MRT will yield to more exploration and discovery, similar to what the current MRT has catalysed in the areas of its first phase.

Consequently, however, the logical prediction is that there will be a real estate boom in the regions at the proximities of  the MRT. Many will want to stake a claim on fertile and attractive grounds for business, including bigger F&B establishments, that can promise convenient access from the reach of the MRT. With that in mind, homeowners around the area will spike up their prices in order to gain a competitive edge for people to rent with them more. There are many changes that are happening within the city thanks to the MRT–some good and some not so favourable, but we cannot disregard the overall effect that the city is having thanks to this development.

The future for Jakarta is promising with the developments it has in store. Besides the effect of the environment that the MRT will station in, more and more Jakartans are now willing to contribute as well in business and their own footprints, causing a ripple effect that will span for, hopefully, generations to come. This is how one line of train tracks has overall impacted the lives of so many people. Imagine what we can accomplish once the tracks have webbed throughout the metropole.