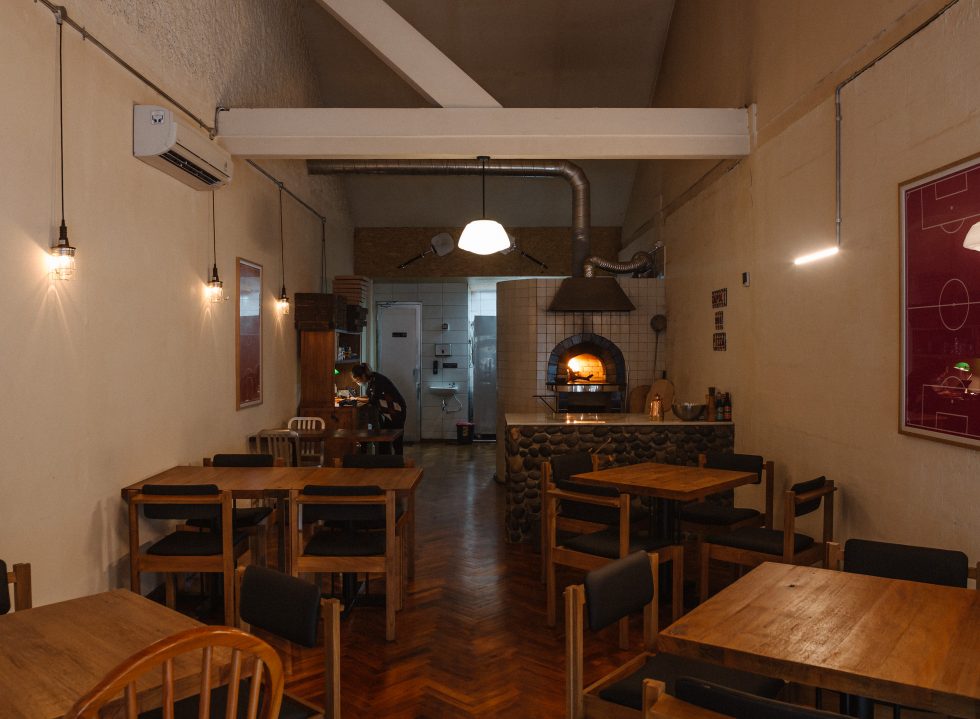 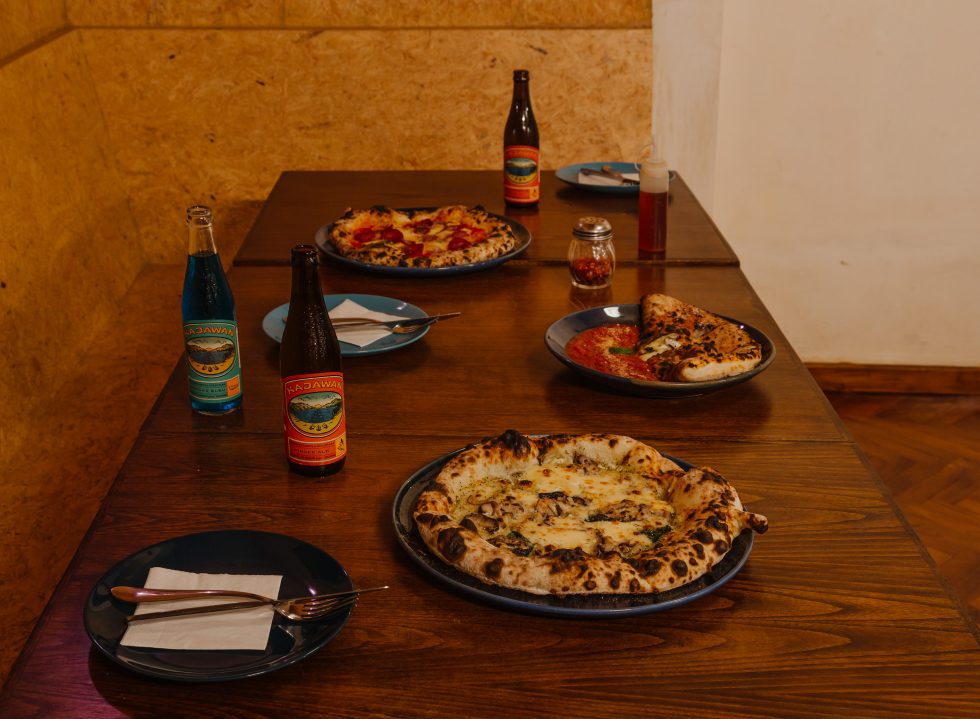 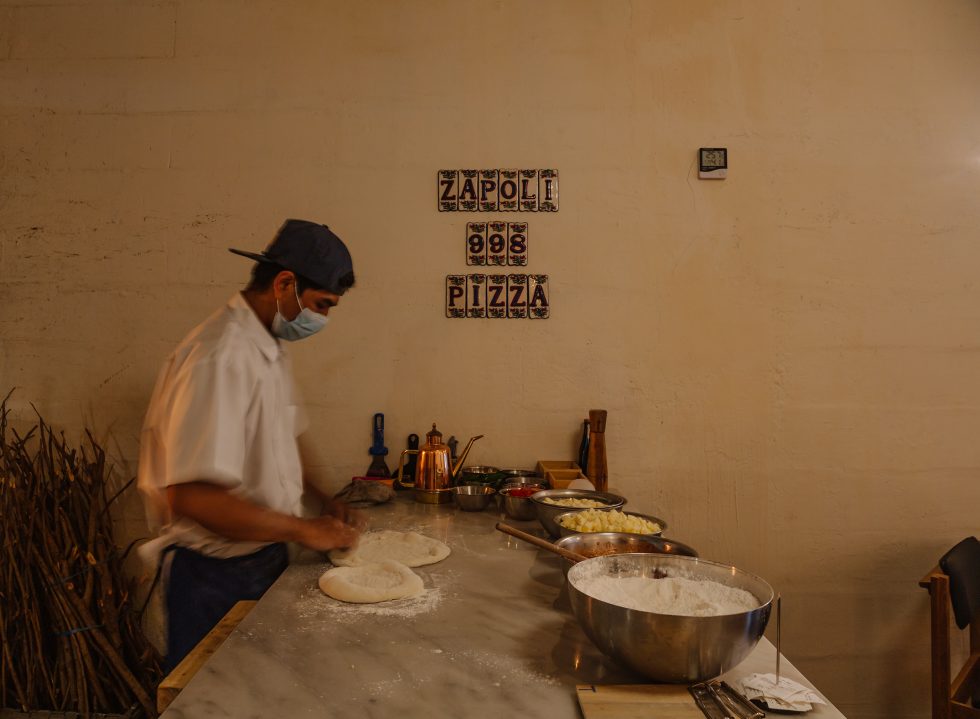 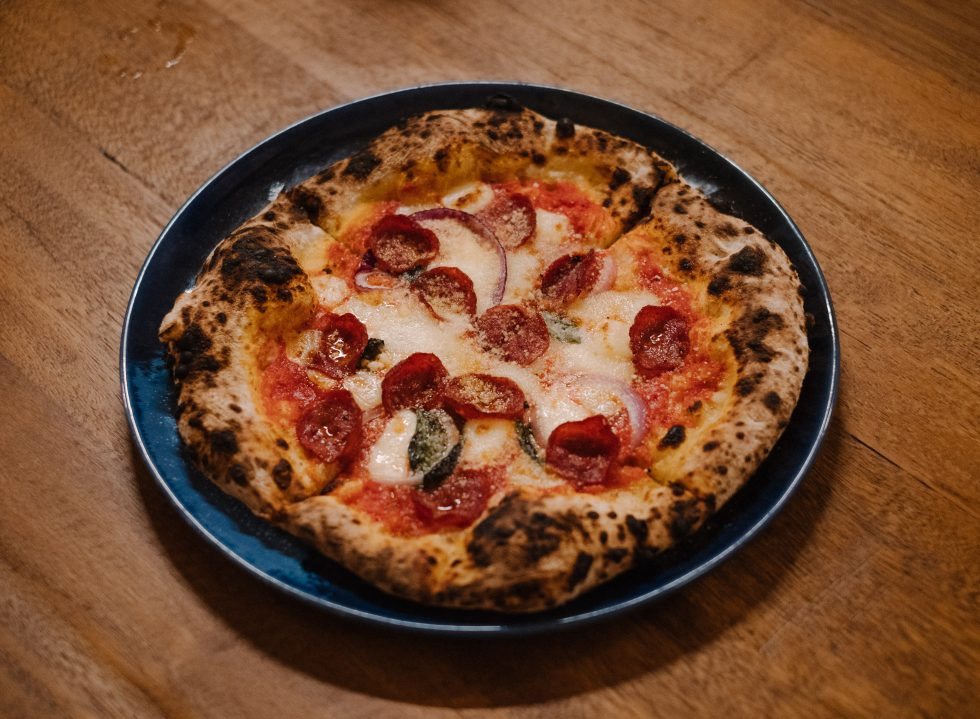 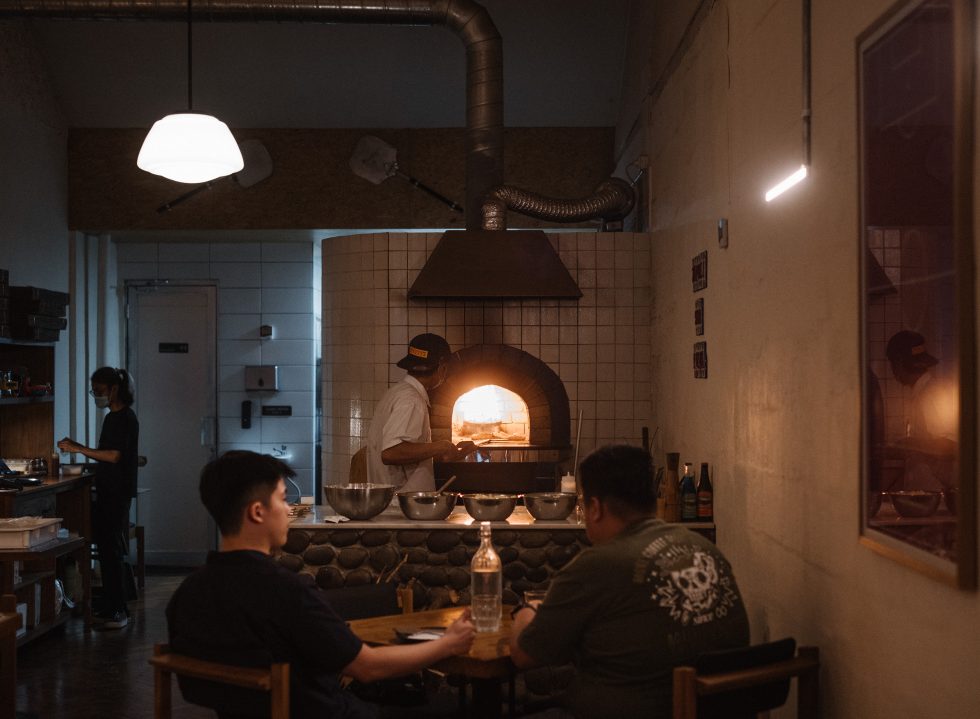 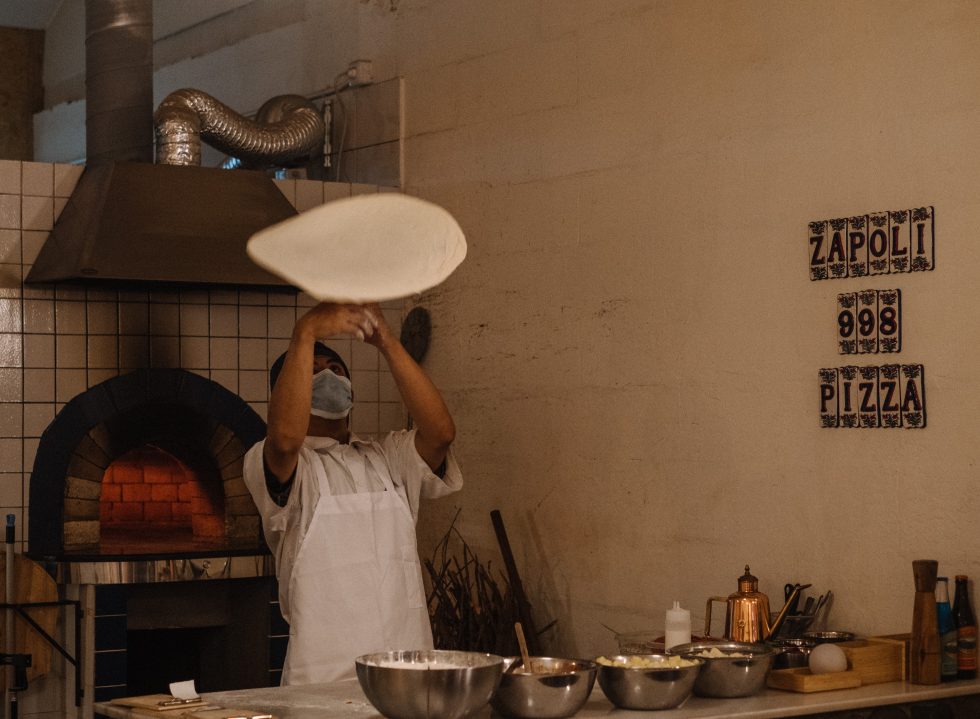 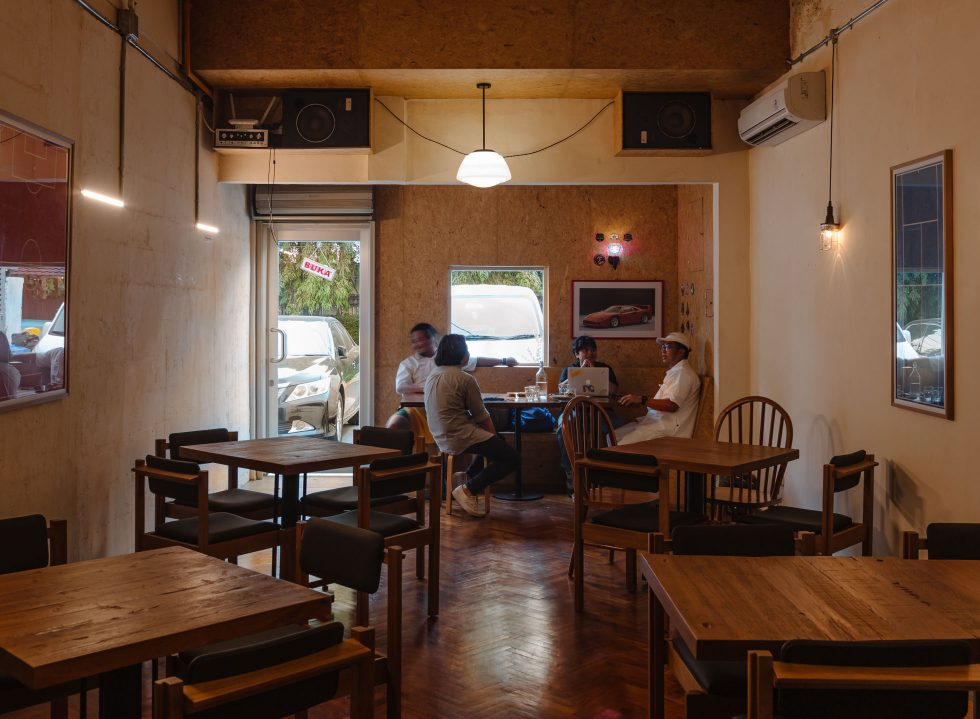 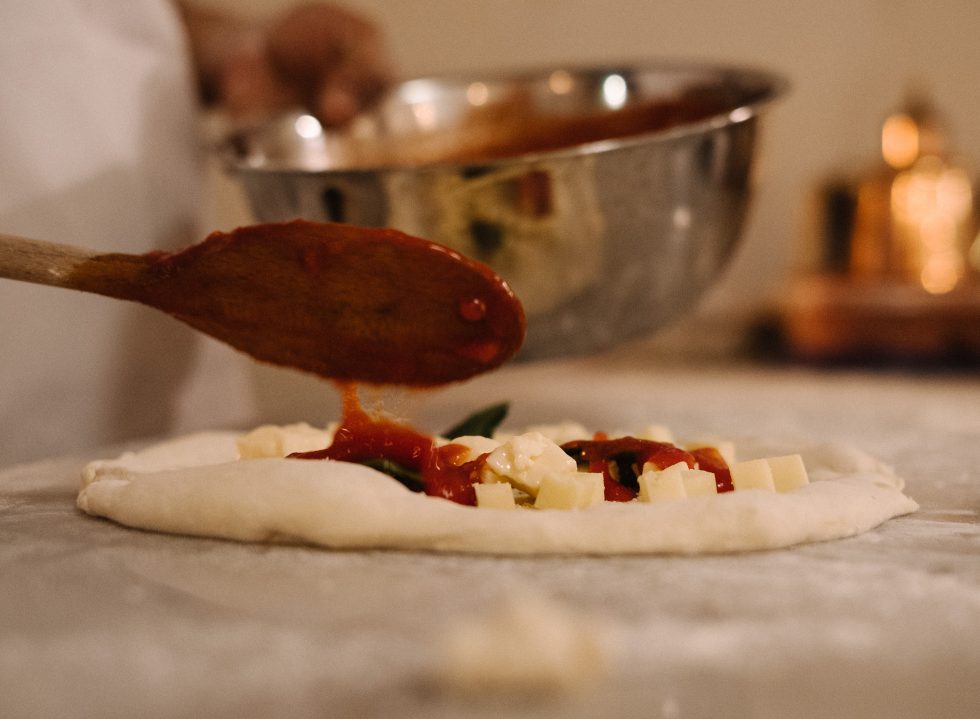 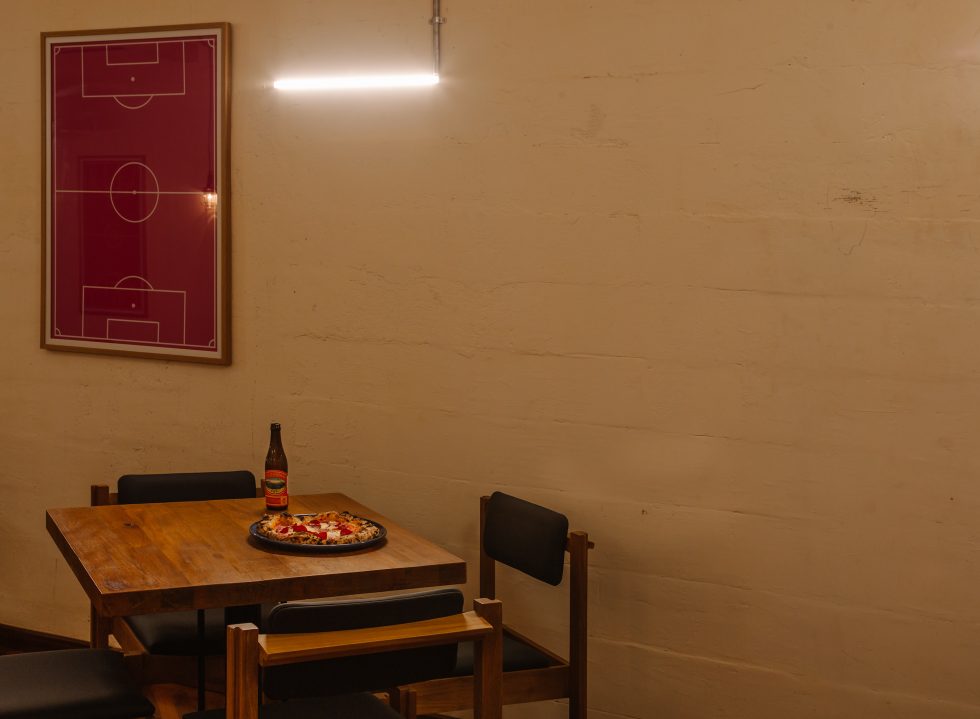 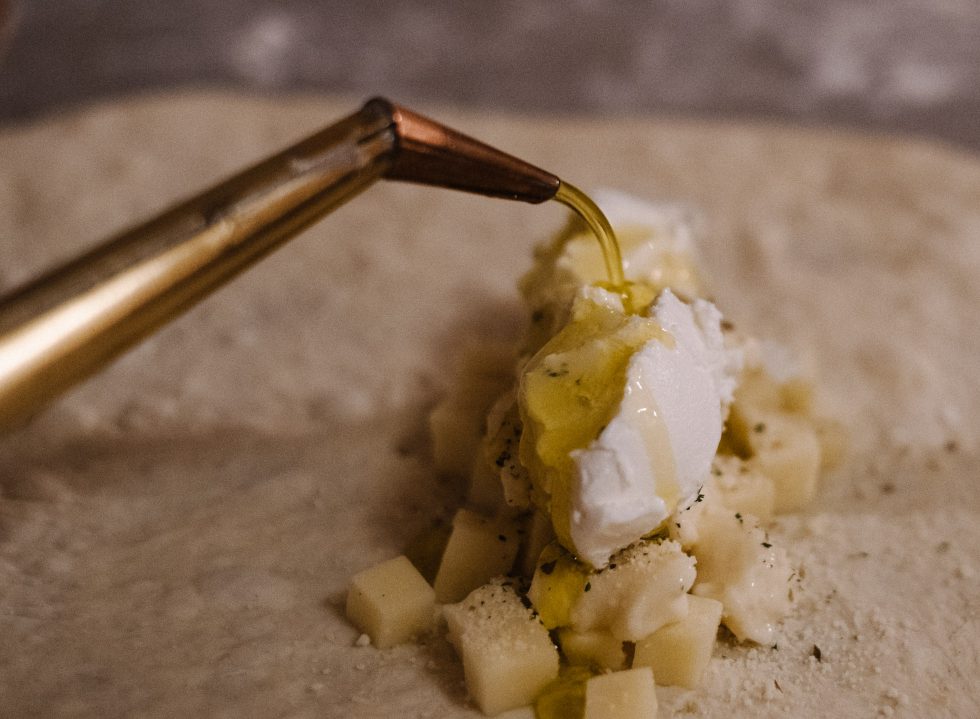 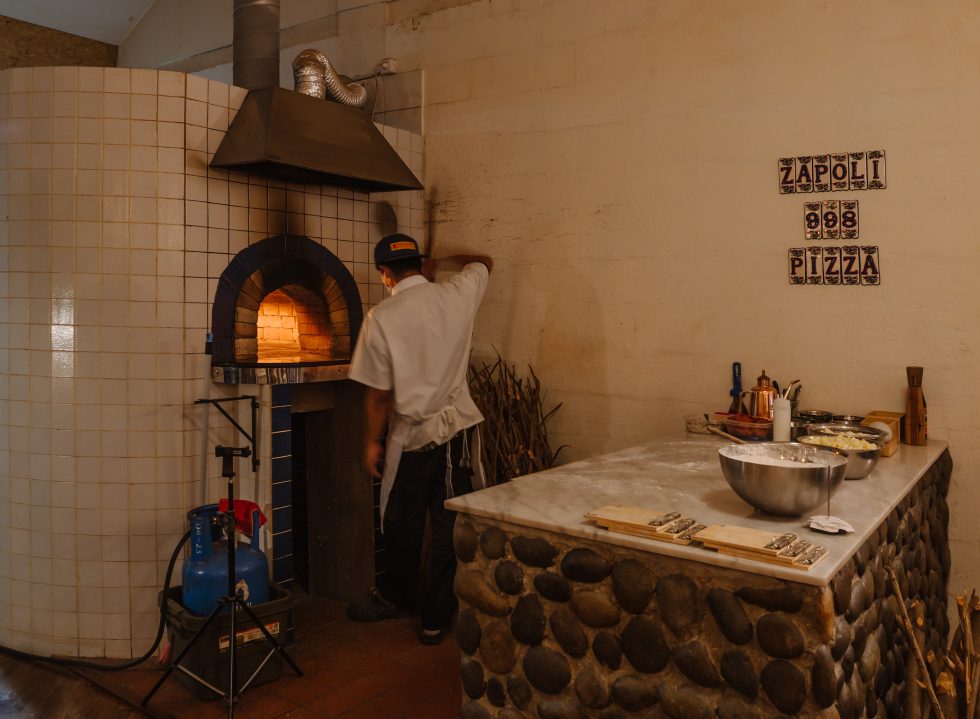 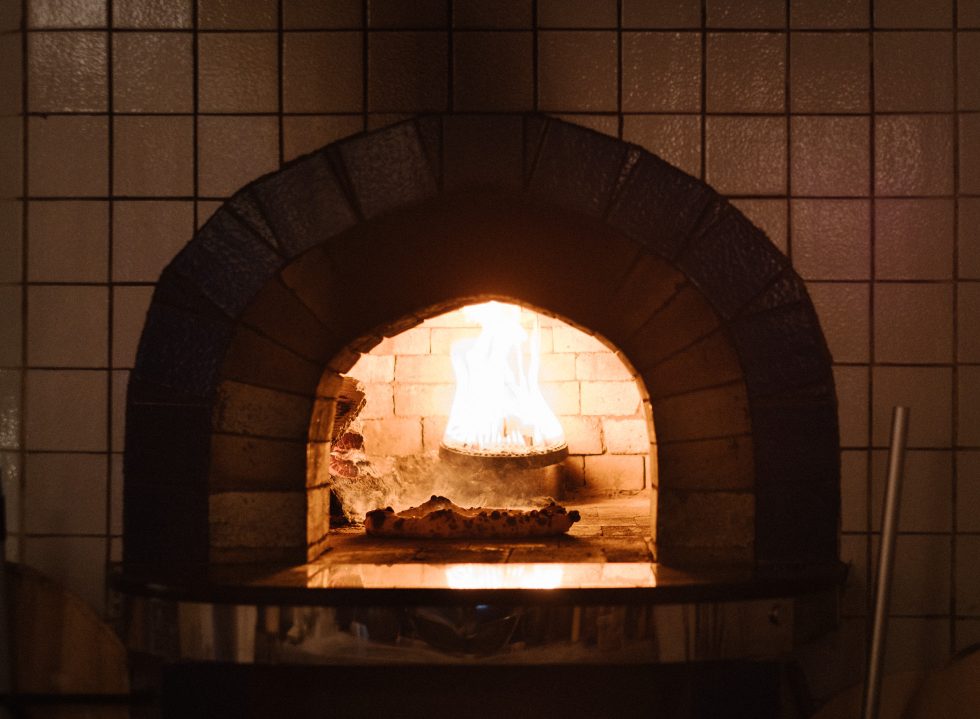 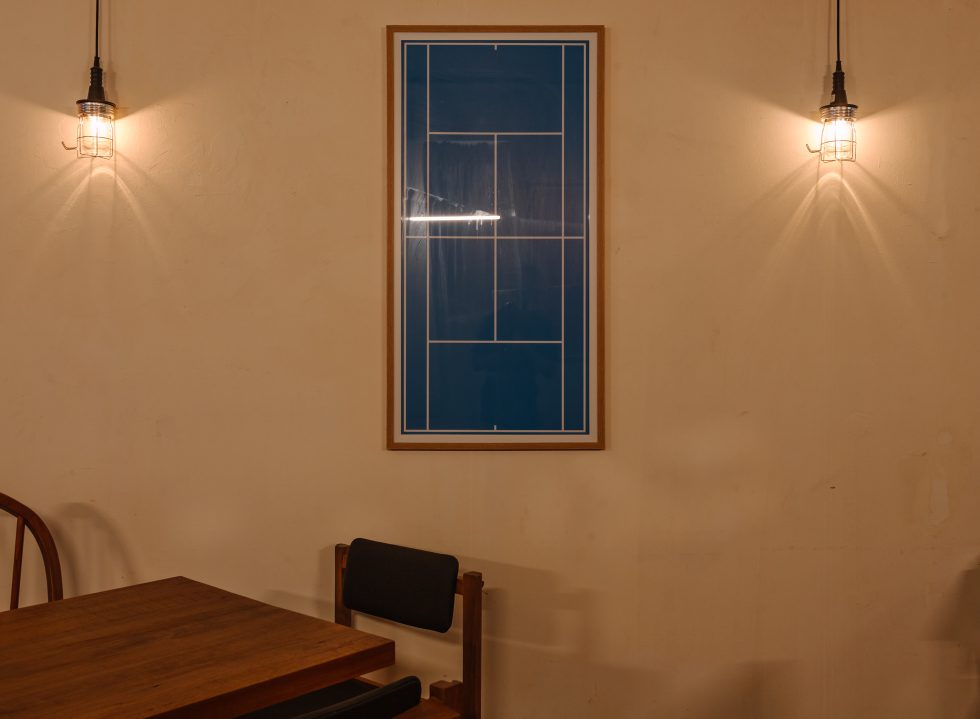 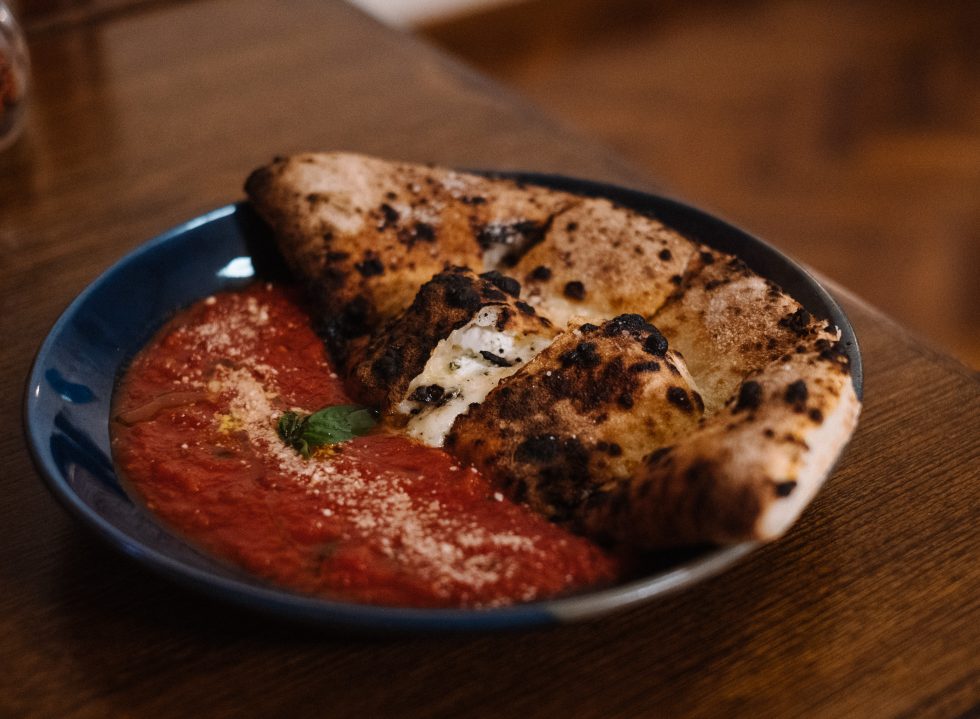 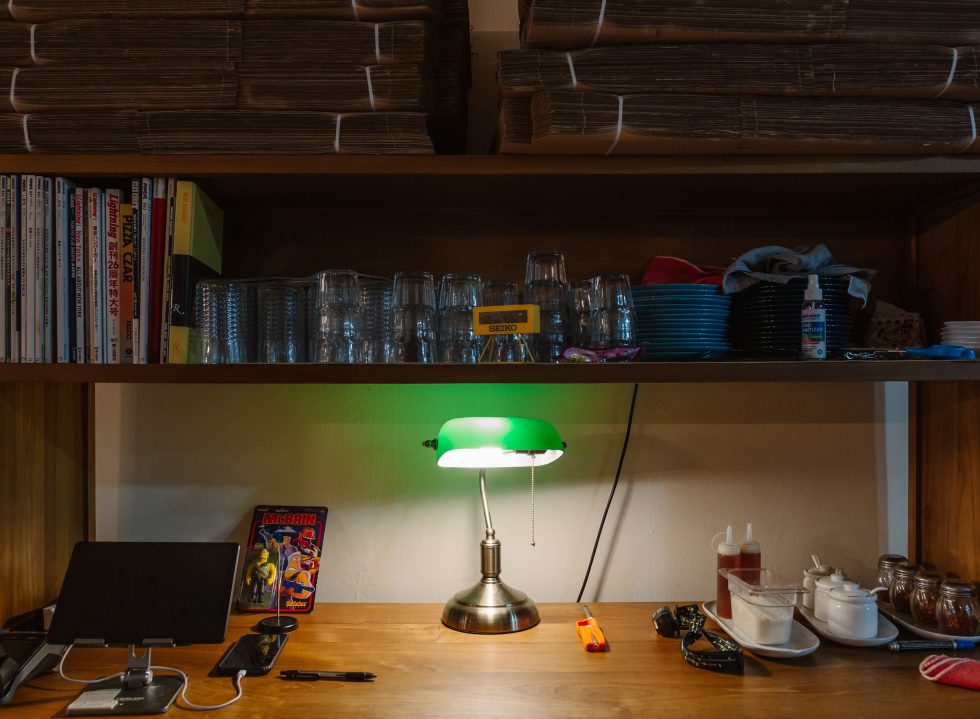 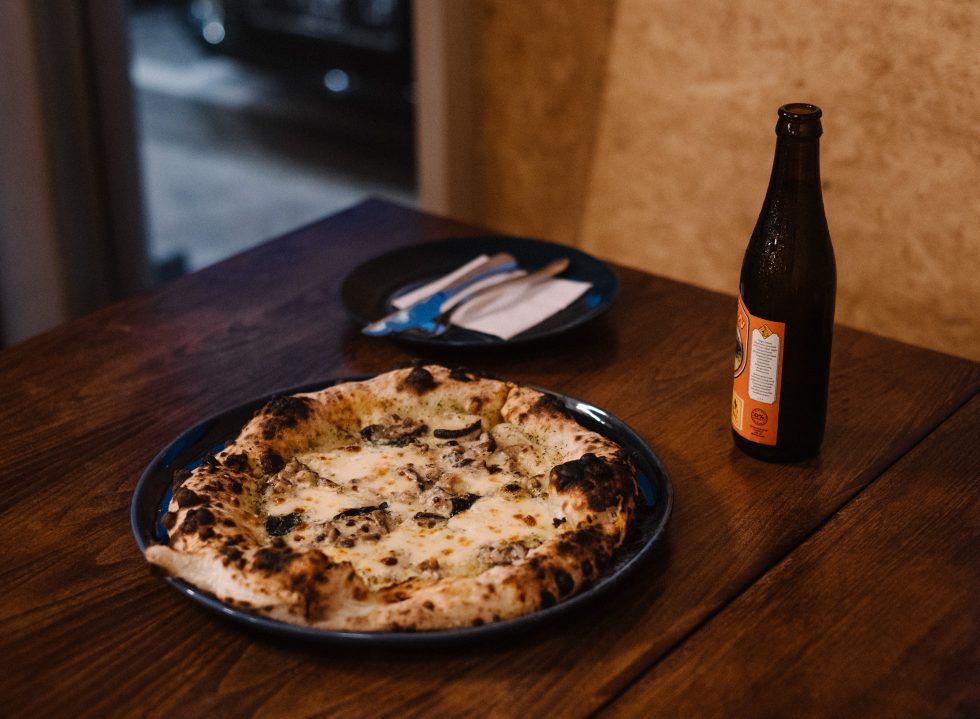 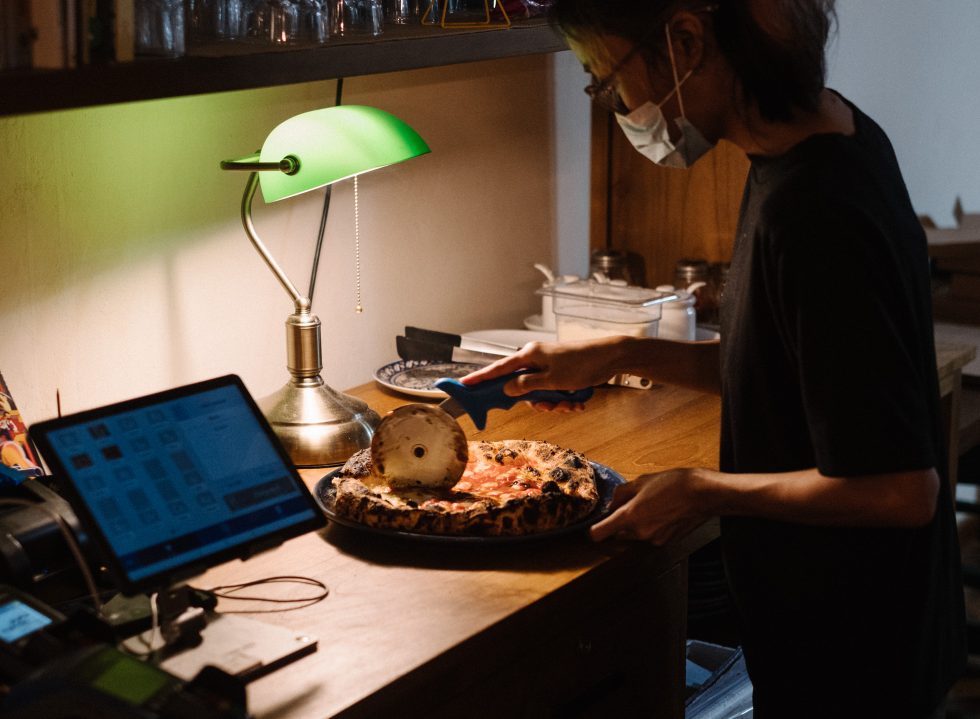 For Zapoli, being an offshoot of the well-loved Pizza Place undoubtedly comes with a certain level of expectations. The pizza joint’s signature New York-style pies are among the go-to comfort foods in the city, a reputation that has inspired other establishments of its kind. Comparisons are unavoidable, but this new pizzeria on Kemang Timur street—which bills itself as a ‘pizza studio’—is a whole different persona altogether.

If Pizza Place is the spunky kid on the block that you can always rely on for fun times, Zapoli is the gentle elder cousin of the 998 Pizza family: mature, a bit artsy and a great conversation partner. Sitting next to the cheerful Quack Burgeria, Zapoli’s elegantly simple, whitewashed façade catches the eye; it only says ‘Pizzeria by Pizza Place’ up front, a simple name that already carries heft and has quickly earned a steady line of joint customers.

The same elegance is captured inside, where the studio concept reveals itself. Everything happens in one intimate—yet still relatively roomy—space. Diners enjoy their pizzas on wooden chairs and tables, cast in romantically moody, subdued lighting and accompanied by soulful tunes. Meanwhile, to the far side of the room, the cook expertly prepares the long-fermented dough and fresh topping against a backdrop of the pizzeria’s main star: its wood-fired oven.

Beyond the use of space, Zapoli rightly dubs itself a studio for its artful approach to pizza-making. Every item on the deliberately compact and partly seasonal menu (all of which are pizzas at the moment) is created with the tricky and sensitive oven, powered by the sweet-scented Rambutan wood. Baking with it requires close supervision, as it’s a process that can’t be sped up and depends on multiple factors to get right—but that’s where the fun lies as well as what adds character to the pizzas.

Zapoli currently focuses itself on Neapolitan pies that are inspired by the Tokyo pizza wave. Be it the beefy Margherita Mother of Wolf, the white sauce classic Forza Fungi or the delightfully cheesy Calzone, the dough is consistently airy, chewy and tasty thanks to the use of 00 Flour, fresh yeast and Kusamba sea salt. Married with the sparingly seasoned topping, they make for an excellent combo all around.

As for drinks, Zapoli currently serves only two flavour variations of local soda Linggardjati 1948 alongside the complimentary water, so the team encourages diners to bring their own drinks to the venue—whatever that may be. After all, Zapoli wants to maintain the accessibility and affordability of its predecessor, which is reflected in both its easygoing attitude and prices.

With the carefully-crafted menu plus the small team, like any artistic endeavour, there’s no rushing a dinner at Zapoli. But with the good times and pizzas it offers, that won’t be a problem at all.