The Force Behind AGLXY - Manual Jakarta 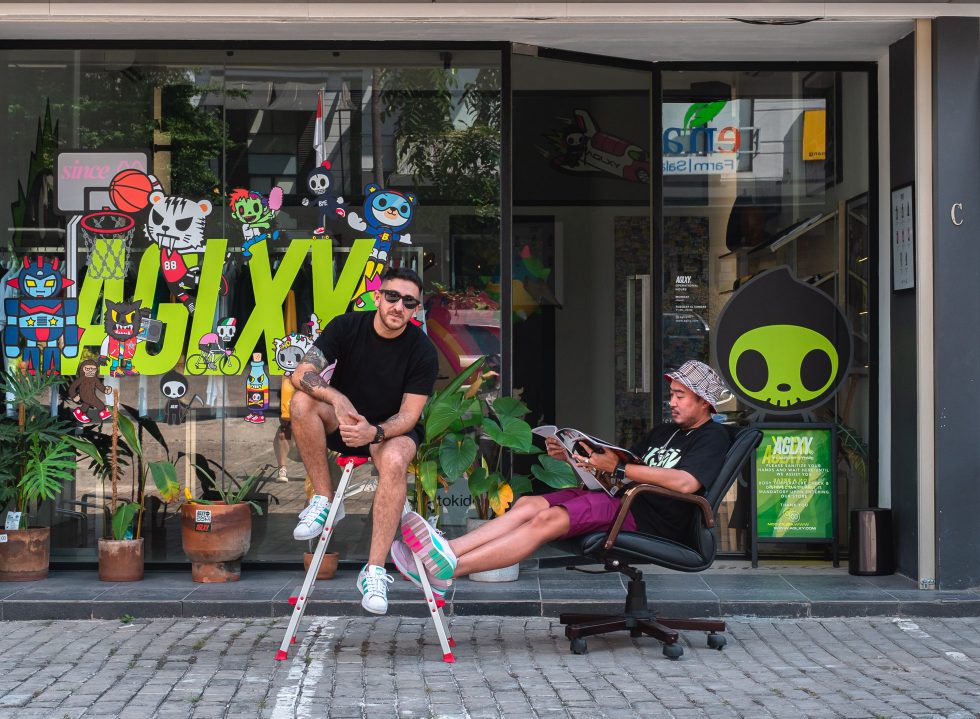 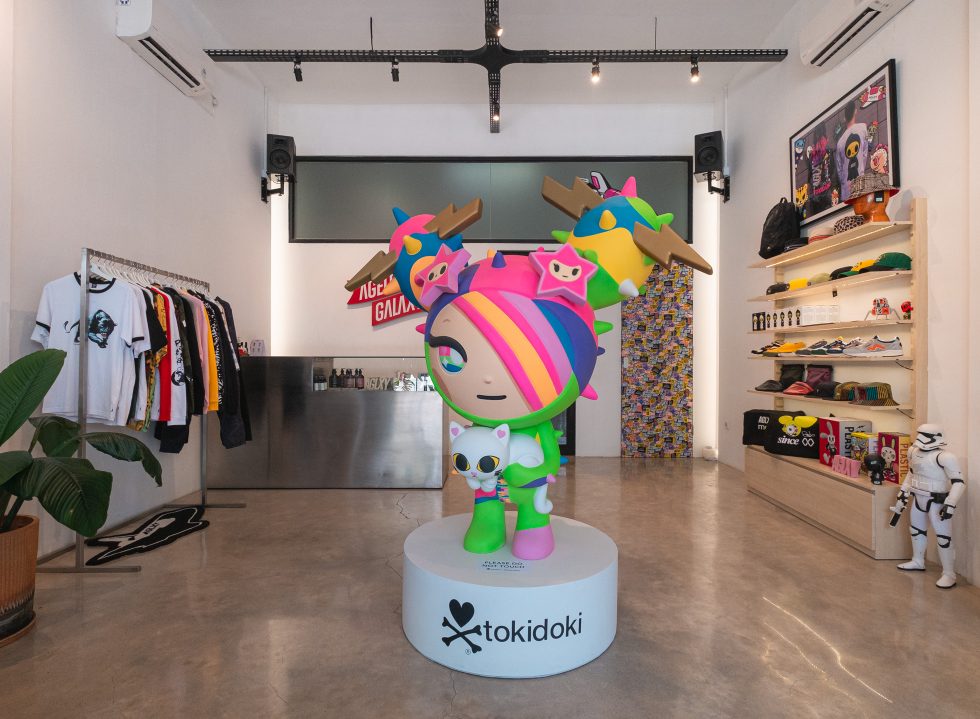 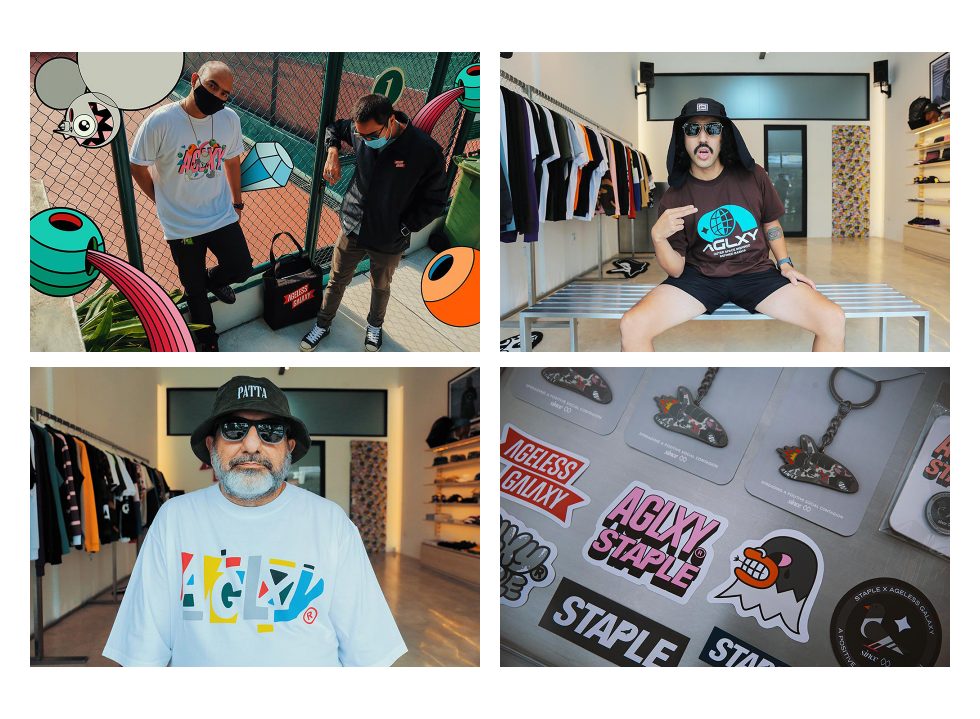 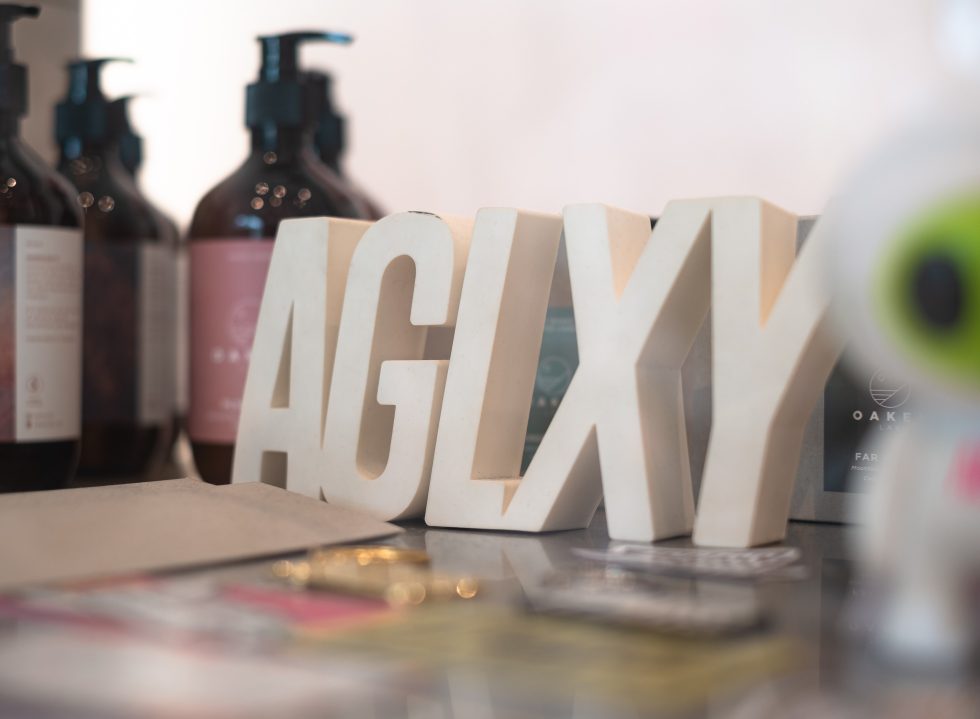 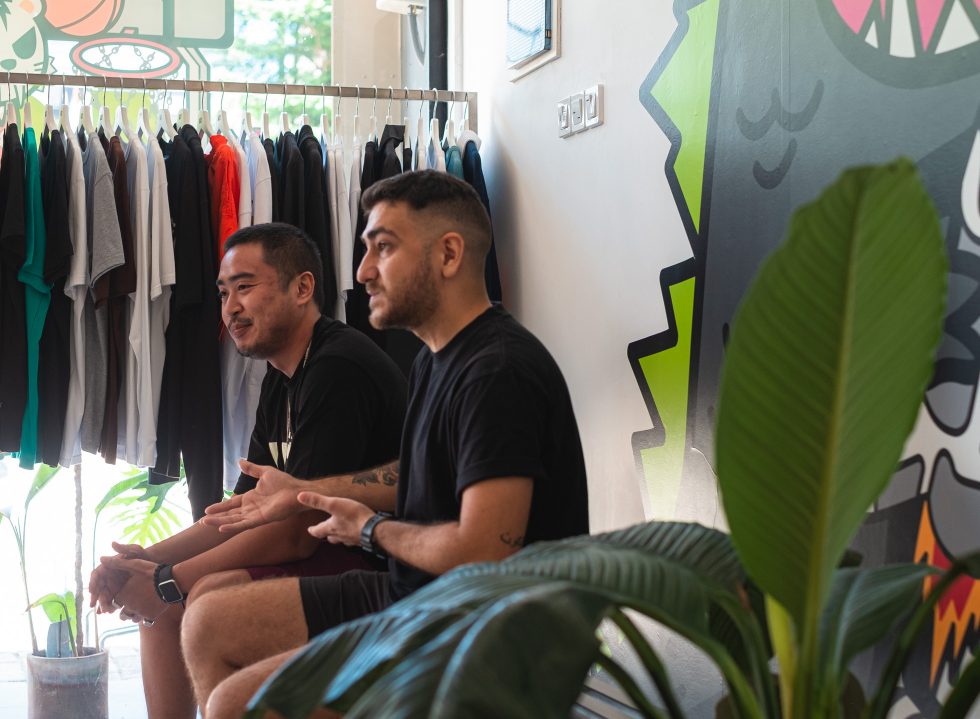 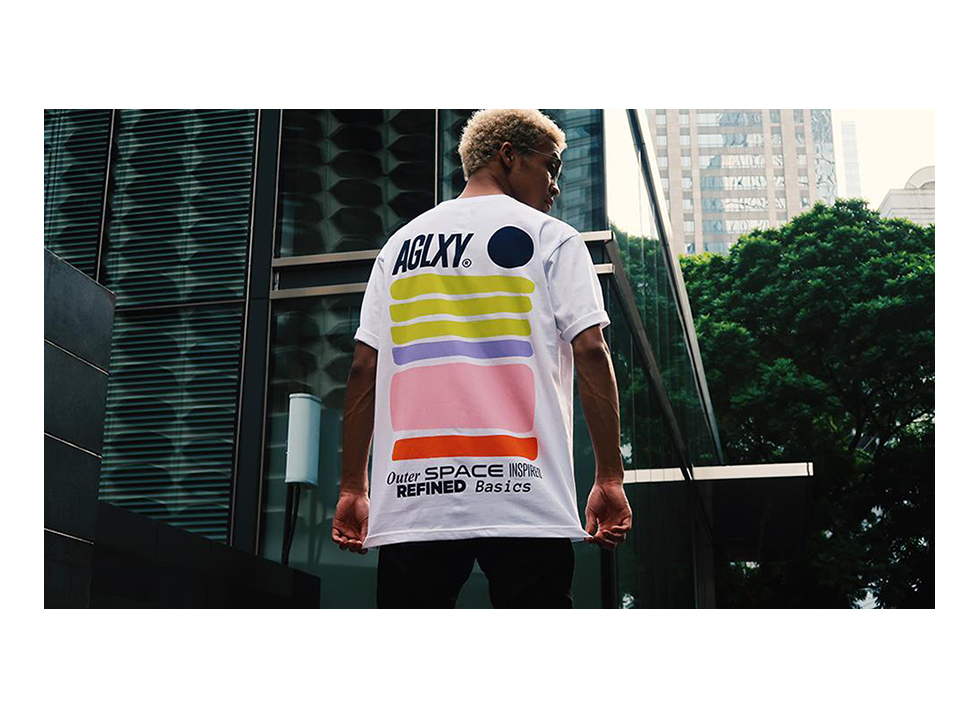 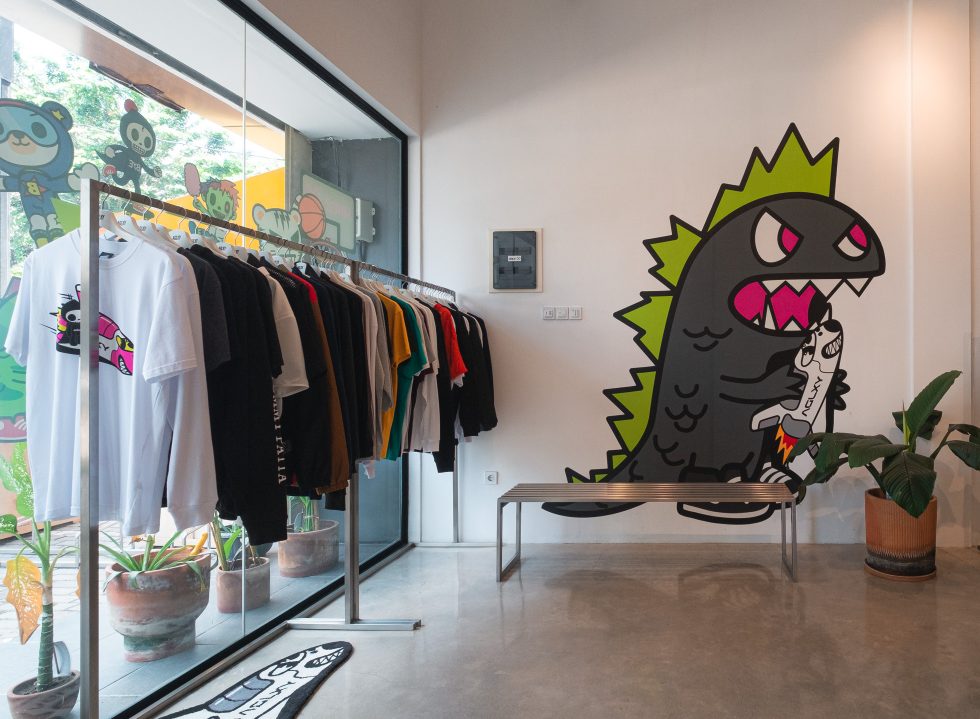 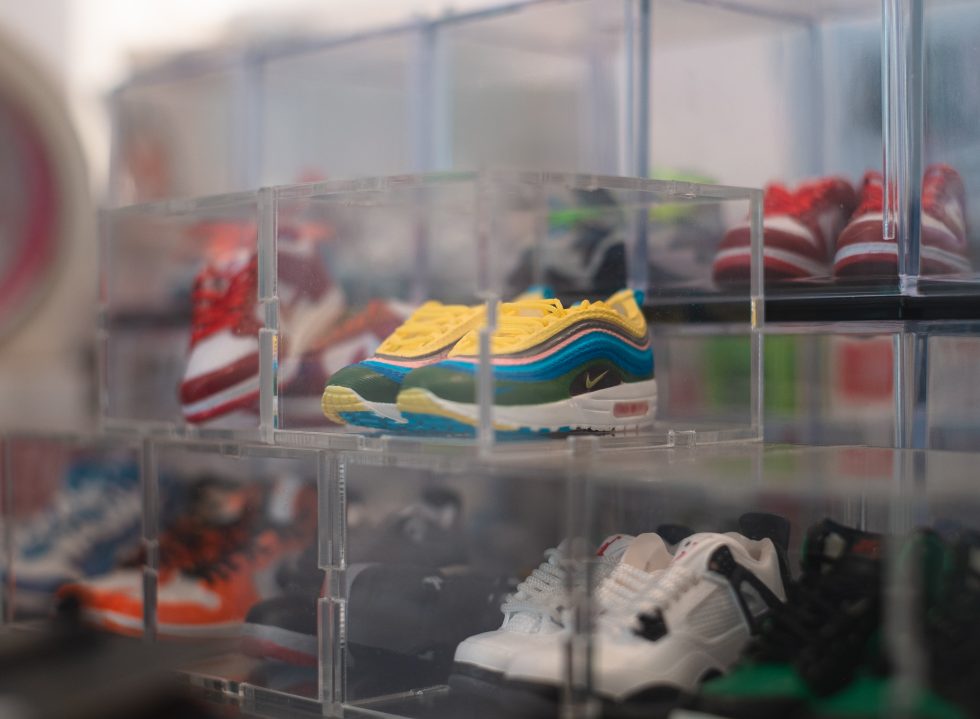 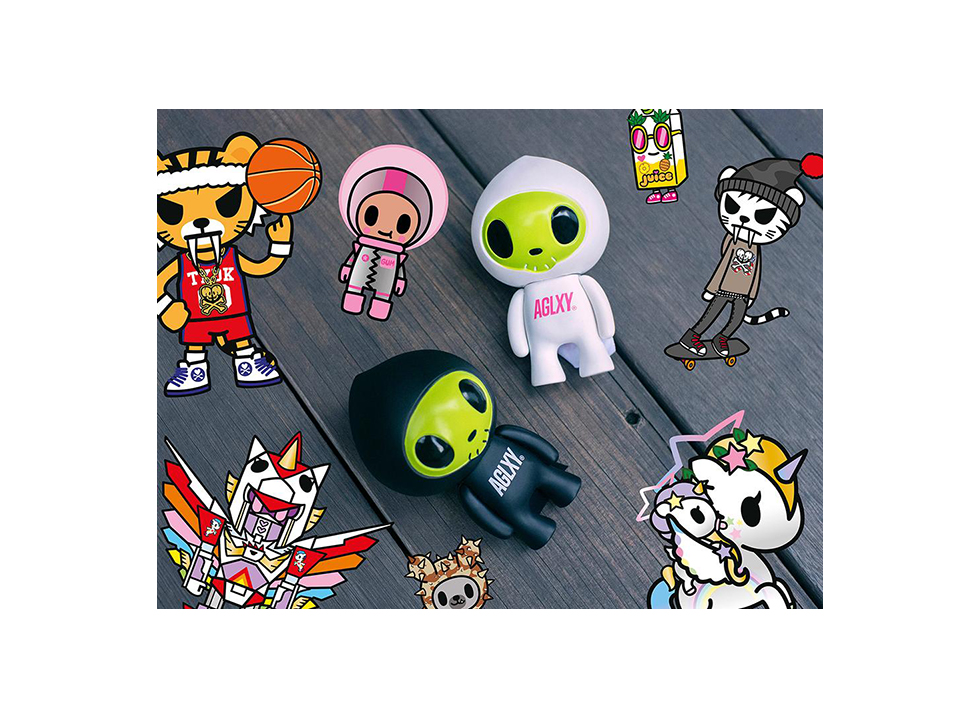 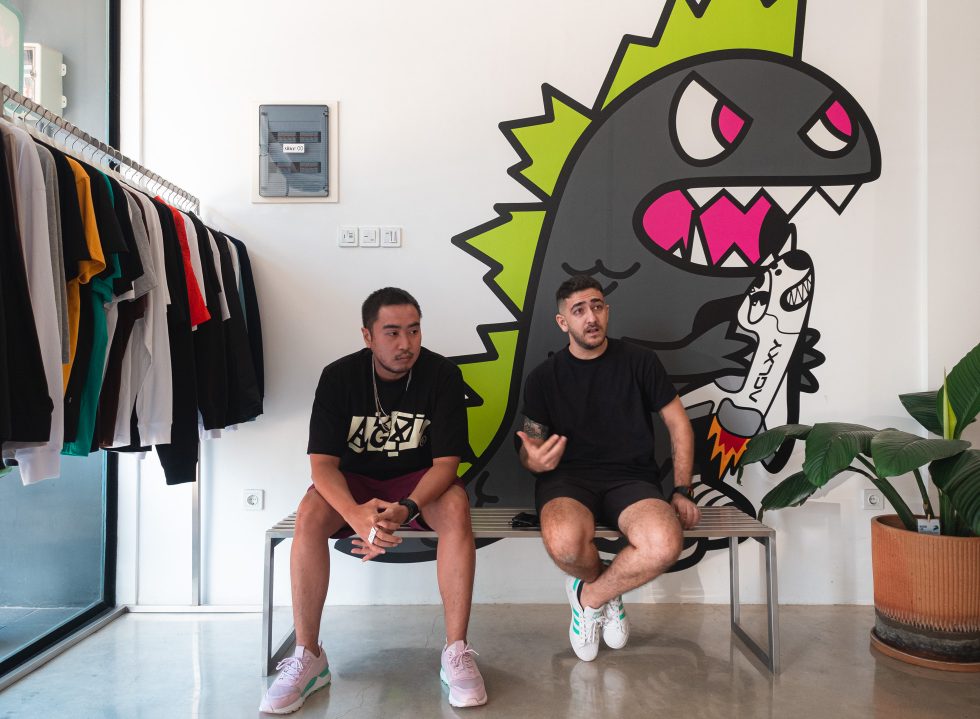 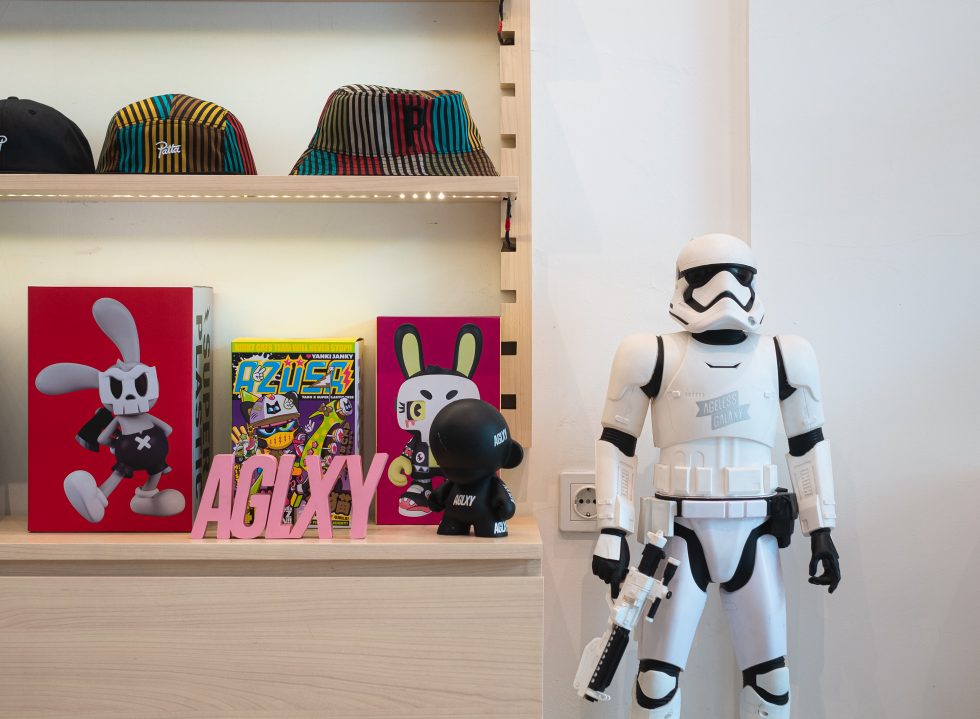 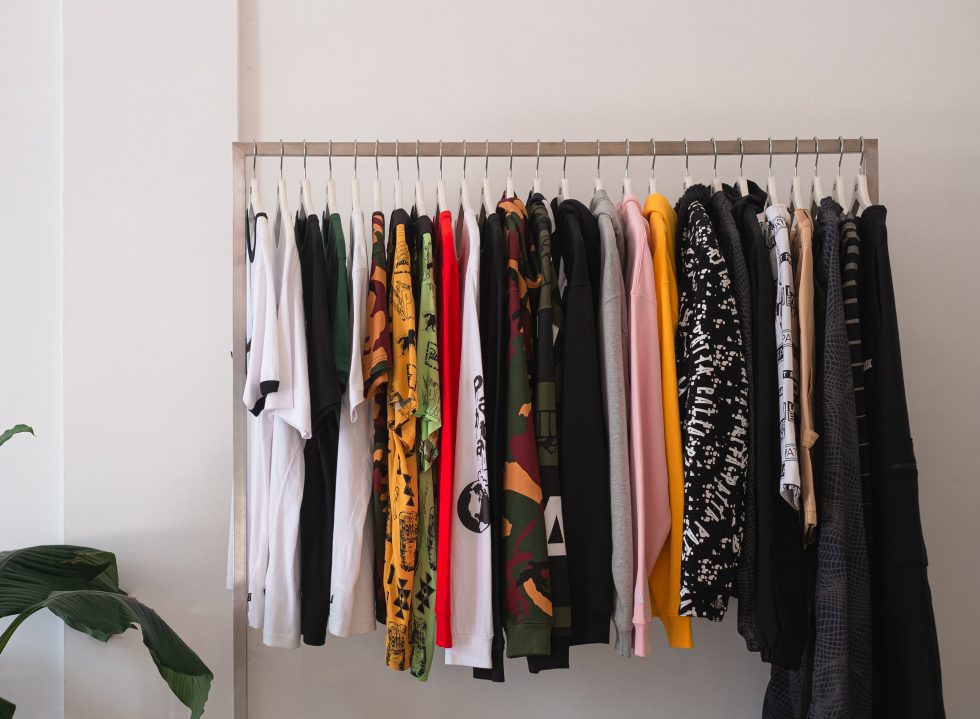 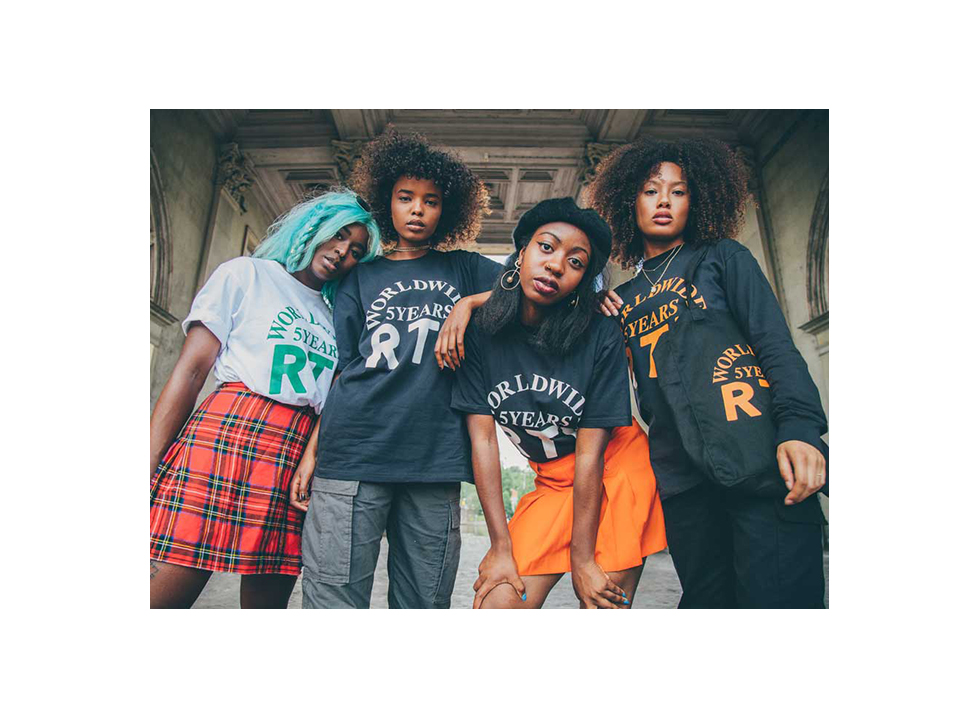 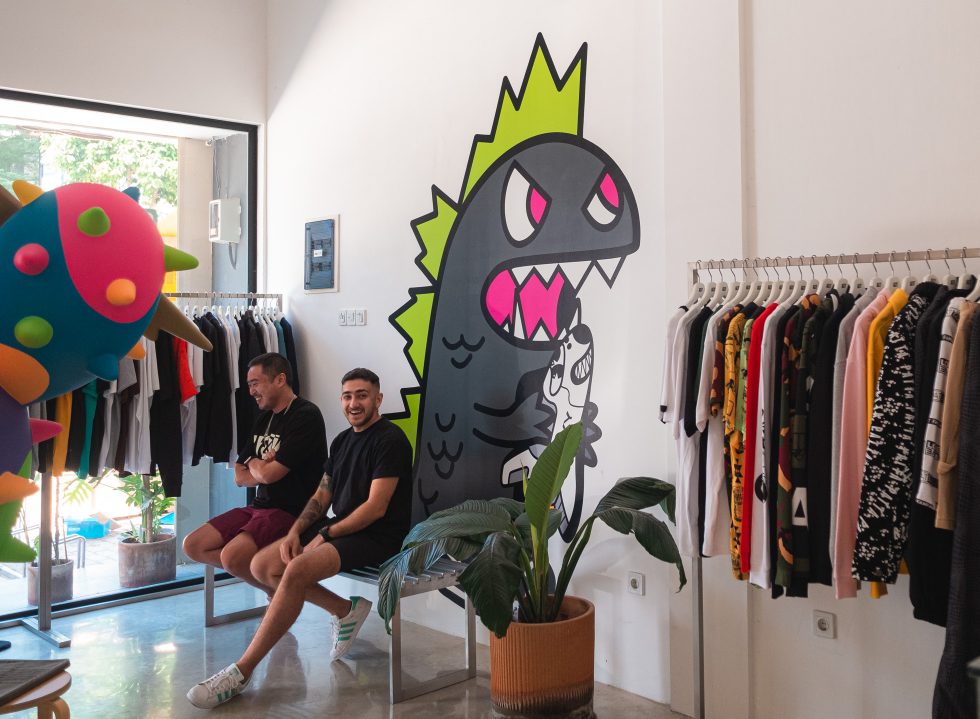 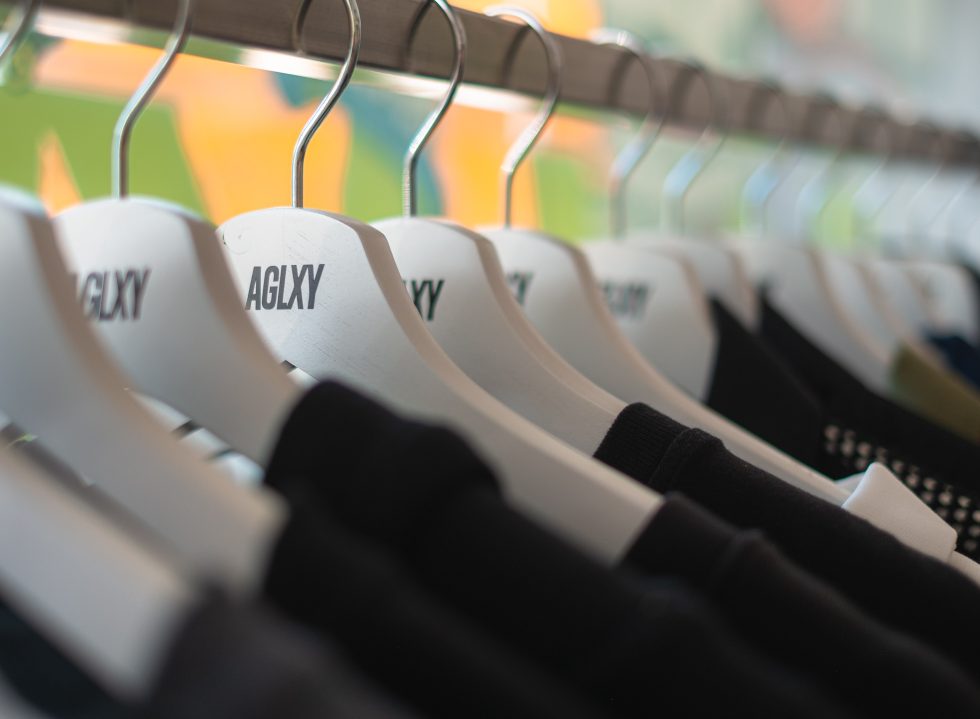 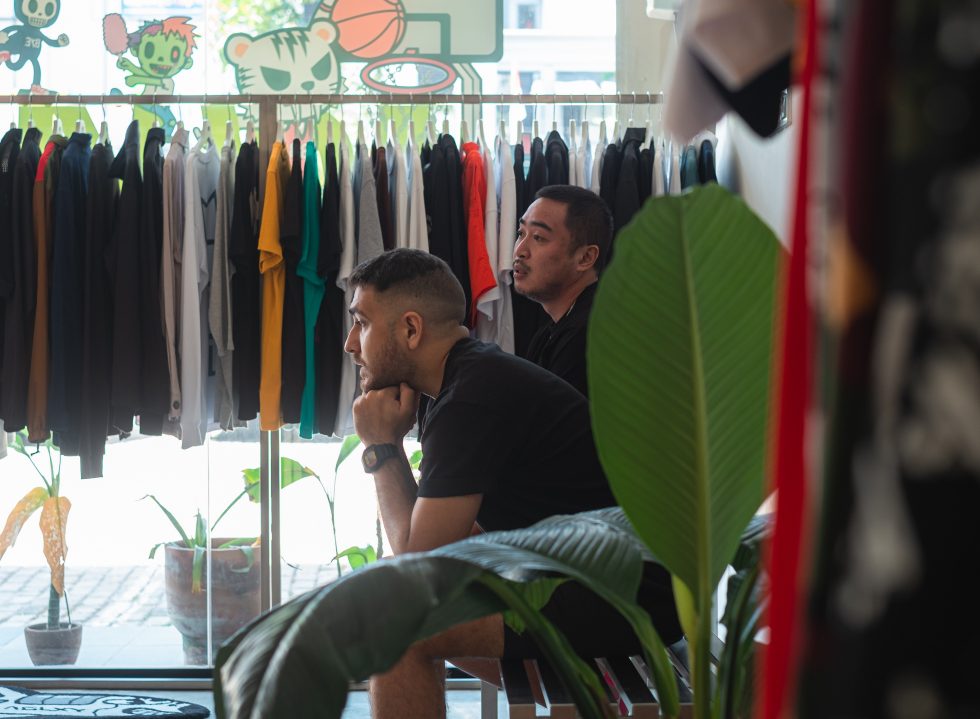 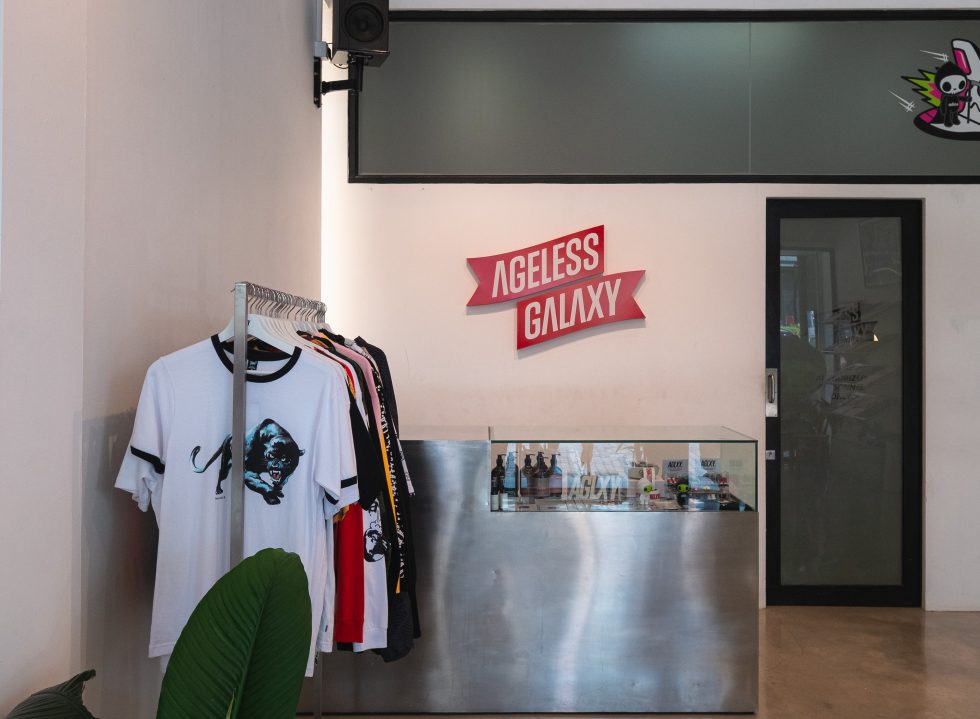 Share
Having garnered a massive following since its conception seven years ago, local streetwear brand Ageless Galaxy shows no sign of slowing down, instead, with both feet cemented in their axiom ‘Live to strive, strive to live’, they are steadily carving their name within the global streetwear industry, one pod at a time.

Behind the animated prints and graphics of streetwear brand and creative agency Ageless Galaxy (AGLXY) is a grounding narrative, one that echoes the original codes and values of streetwear—that is, it’s more about people than clothes—which is reflected through all their output.

Under the direction of co-founders and longtime friends Tamish Aswani and Giorgi Krisno, the lifestyle brand is steadily carving a global name for themselves—through their growing international collaborations, including with American artist James Marshall (Dalek), Vancouver-based coffee shop Modus, and Japanese-inspired lifestyle brand Tokidoki—as a brand that encompasses much more than their streetwear staples of outer space-inspired basics.

“With everything we do, the goal is to make an impact. That’s why community is what we’re about because with more people, you can make a bigger impact. It’s more than just graphics, it’s part of a bigger picture, what we want to leave behind, our legacy,” Giorgi revealed. The brand’s axiom ‘live to strive, strive to live’ and fighting spirit mirrors Tamish’s personal experience and determination, especially his own battle and victory over cancer, which eventually led to the brand’s conception in 2013.

Originally presented as a fictional brand for his final project at university, where the designer was pursuing a degree in digital design in Vancouver Film School in Canada, it wasn’t until years later, when he came across his old files—containing graphics and moodboards to AGLXY—that he felt compelled to manifest them into an actual brand, one that operates beyond the boundaries of just another fashion label.

“I was watching a lot of Star Wars, and I was really big into sci-fi and NASA expeditions. It really intrigued me, this whole idea of the perseverance of man pushing past their limits, trying to leave a mark in this galaxy and be remembered for it. This is something we both believe in and live by, and this is what Ageless Galaxy is all about,” Tamish shared. This theme rolls through all their visual designs as a creative agency as well—taking on clients such as Adidas, Puma, and Mercedes Benz.

Whether they’re working on client projects or Ageless Galaxy’s new “pods” (as they call their collections), the outer space concept is explored by hybridizing that DNA with era-defining aesthetics and synced a la mode by riding the current trends in street fashion (tie dye, anyone?). “Our ultimate goal is to create a uniform for our growing community that reflects our shared values, people who believe in what they’re doing and want to become better versions of themselves.” Tamish emphasised.

On top of carrying lifestyle goods alongside their own in their flagship store in Bangka, including local skincare brand Oaken Lab, Dutch streetwear and sneaker label Patta and coveted collectibles from Super Plastic, the lifestyle brand has also expanded into events and pop-ups. Right before the lockdown, they managed to snatch a few bar takeovers, most notably with local bars and restaurants such as Spill and Still, GIOI, and Cork and Screw.

Despite harsh limitations brought on by the pandemic, community remains the basis of their blueprint, and everything within AGLXY is emblematic of this mentality, including their pods and collaborations. “We don’t really view ourselves as a streetwear label that sells products. I think what we sell is much deeper than that. It’s a mentality, a way of life,” Giorgi shared.

Most recently they have paired up with Japanese-inspired lifestyle brand Tokidoki, serving special editions of the original Adios figurines as well as a range of t-shirts all laden with the artist behind the brand, Simone Legno’s inimitable graphics. Tamish recounted a memory of waiting in a long line outside one of Tokidoki’s pop-up in Vancouver in an attempt to get his Adios Grim Reaper figurine signed by Simone, where he had to leave early only to accidentally run into the artist at the drugstore across the street, and they got to talking. “There’s a lot of trust building in every collaboration we do, it’s not just about work for us, it’s about the connection,” the designer explained.

And it is exactly this community-based approach and brand integrity that sets Ageless Galaxy apart in the local streetwear scene. “We operate in a crisis. I had cancer and Ageless Galaxy came out of that, then the pandemic happened and we opened our offline store,” said Tamish. This attitude of pushing past one’s limits is imprinted in all their offerings, and it’s clear that nothing here is done without it.