Taking it to the Street with Sherly Hartono - Manual Jakarta 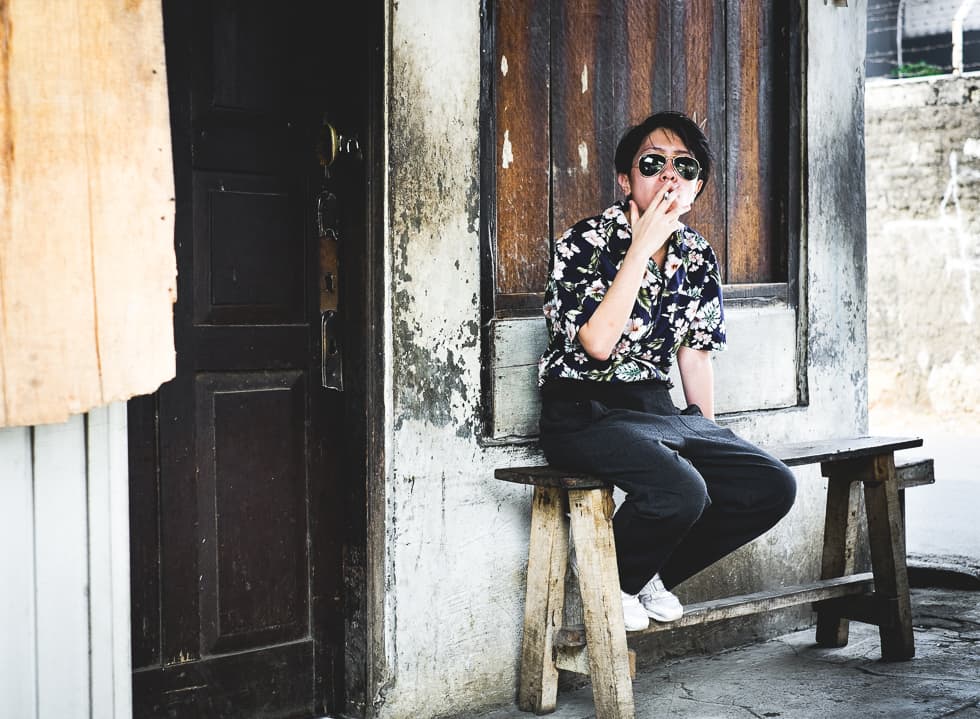 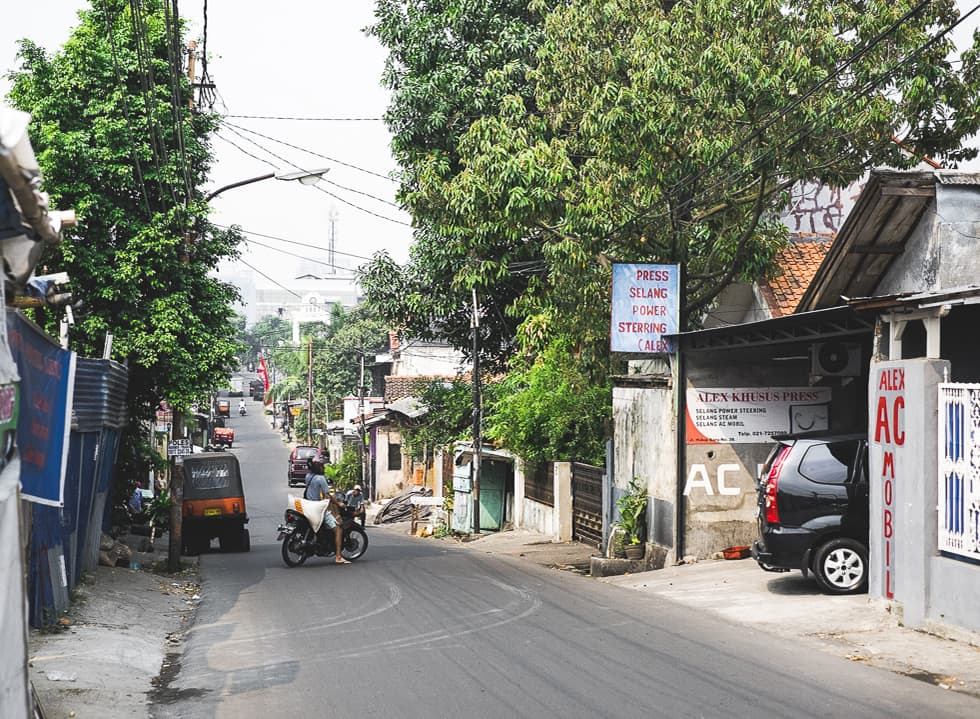 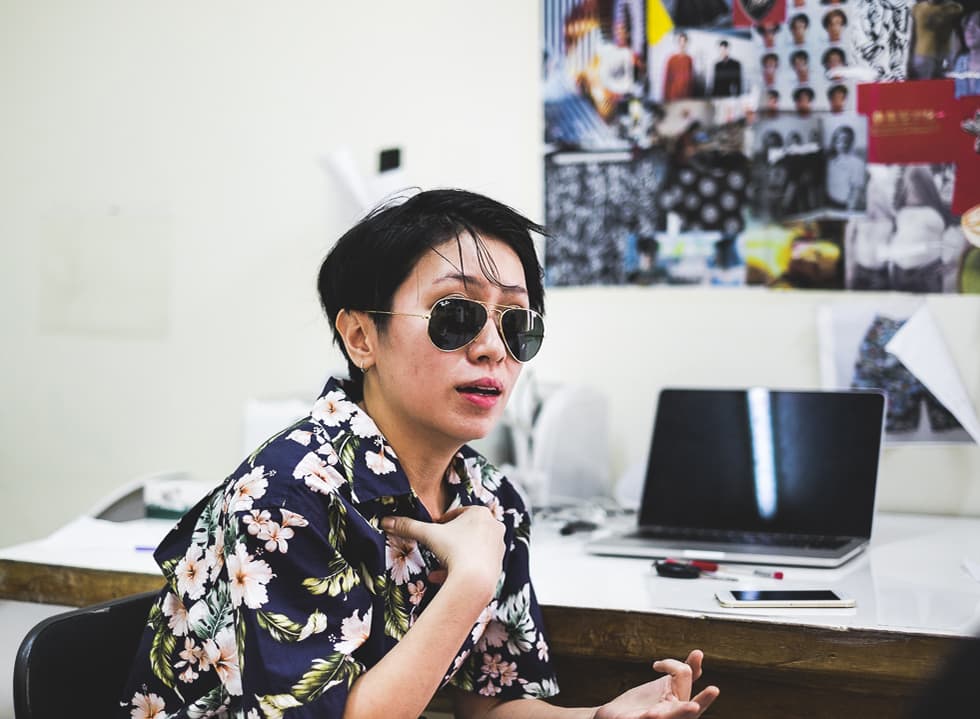 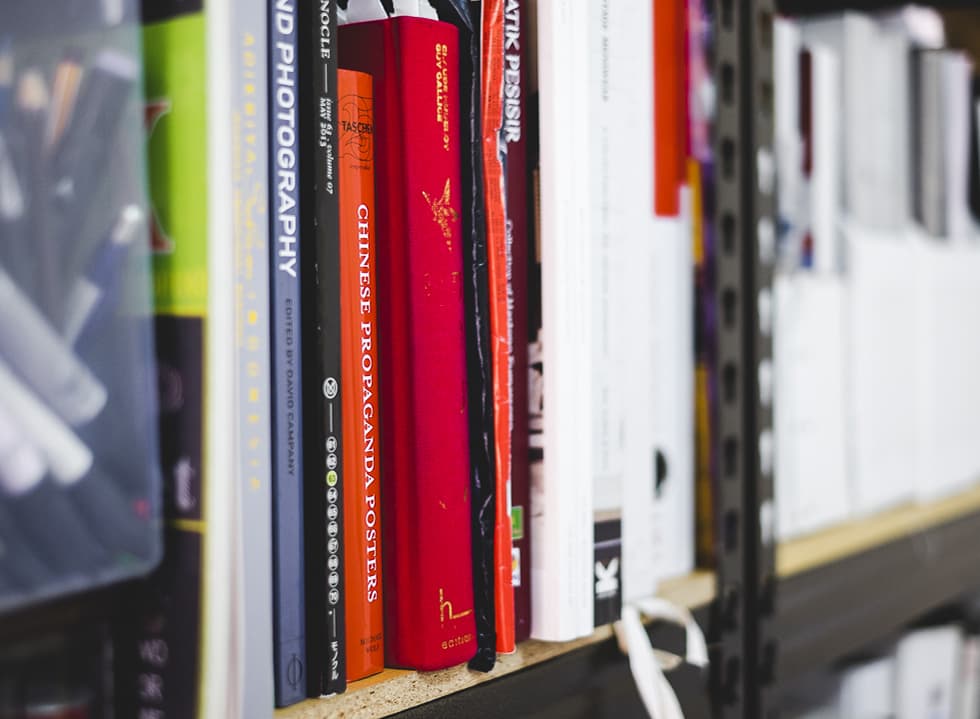 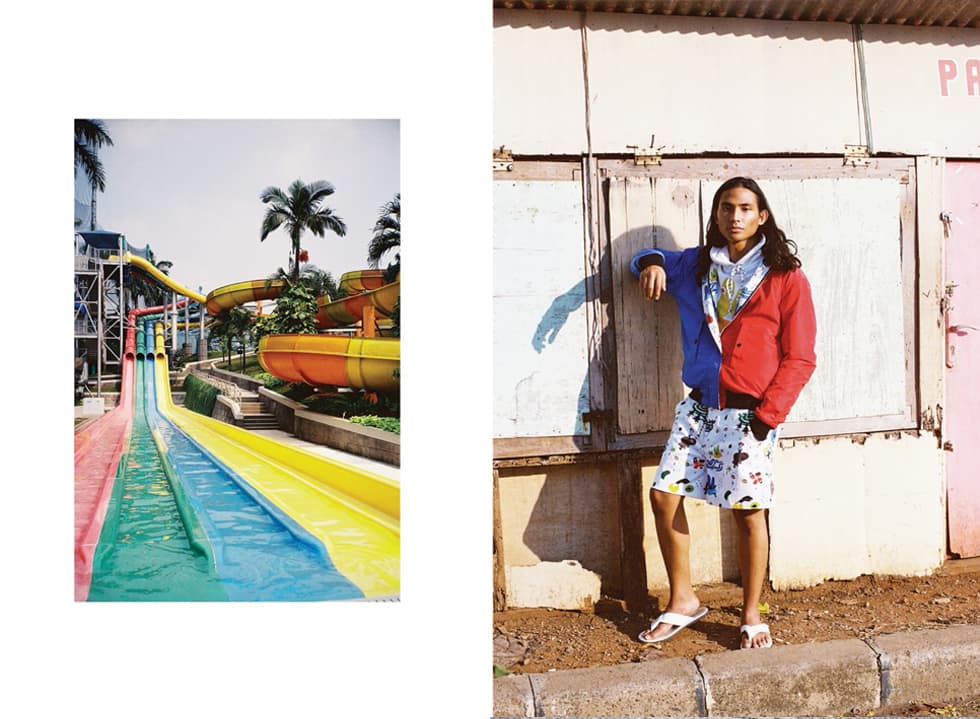 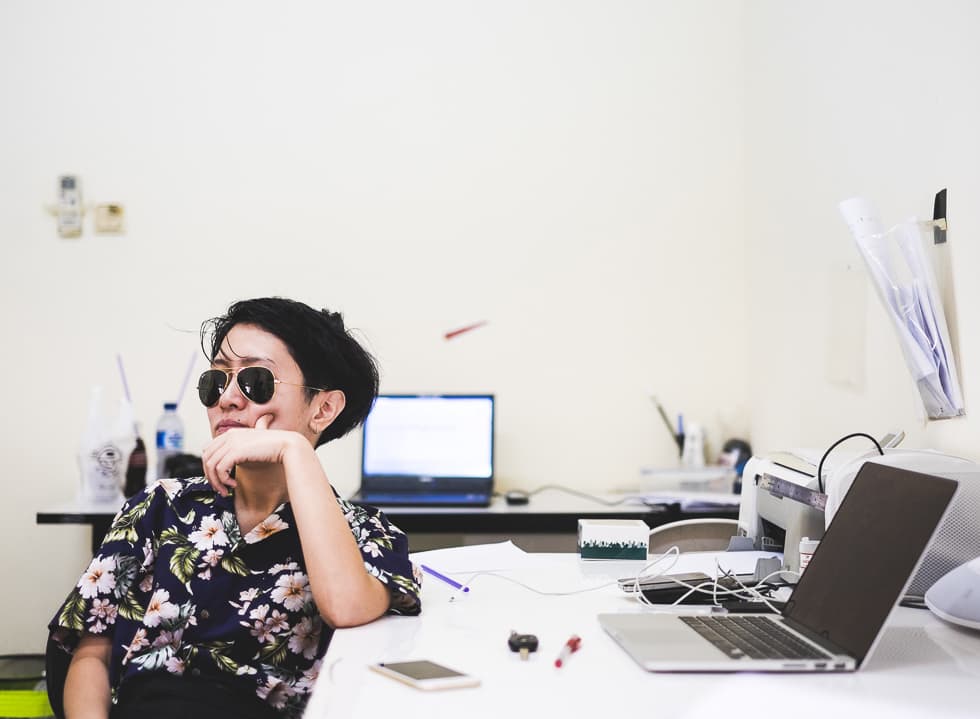 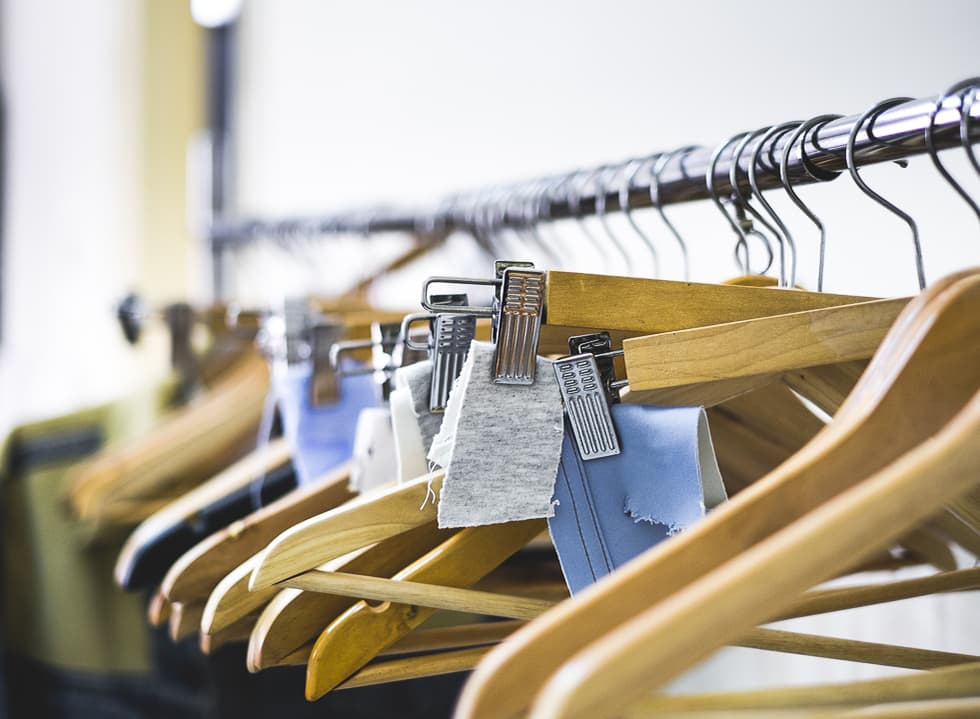 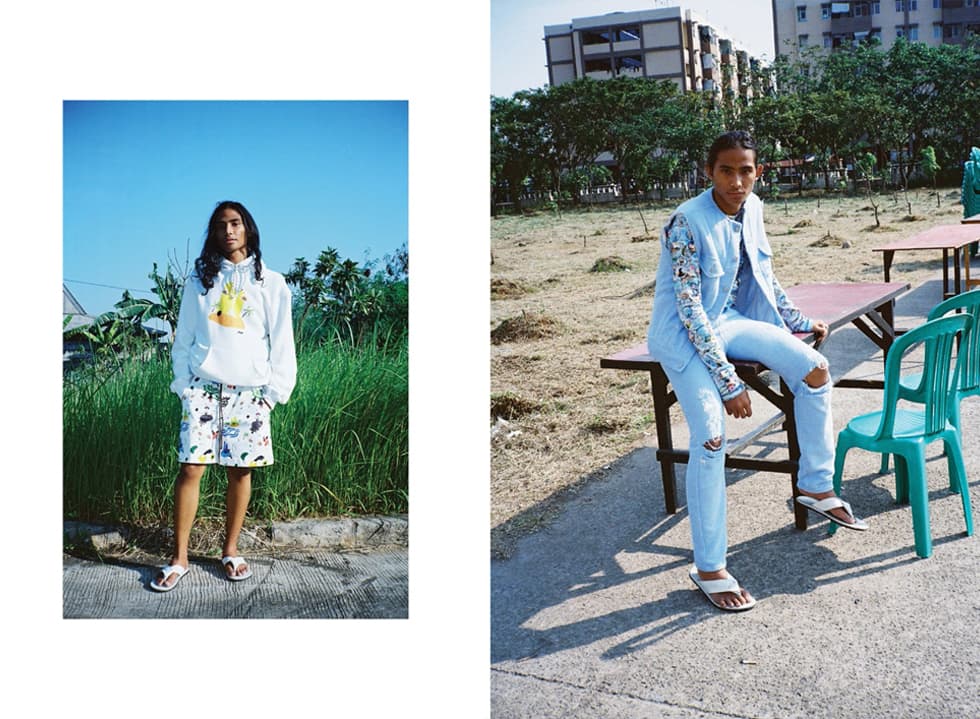 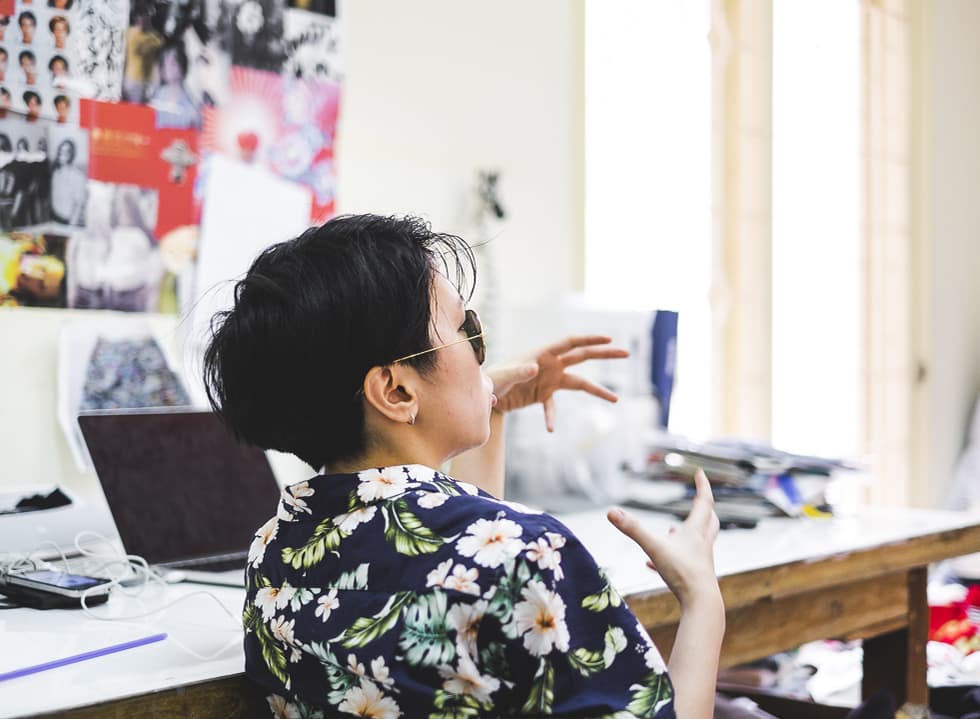 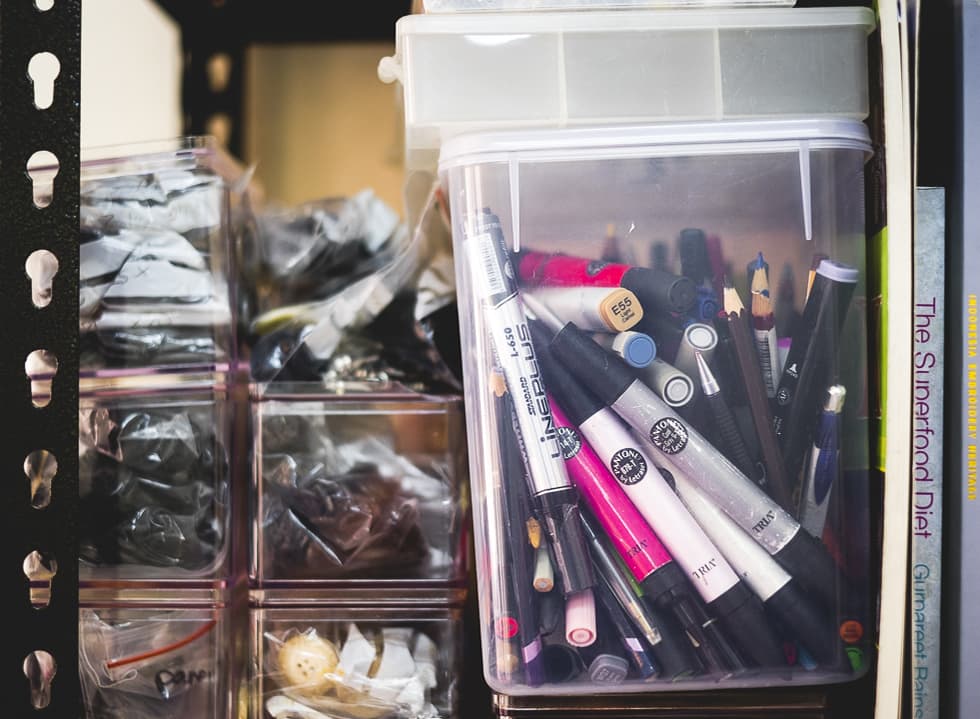 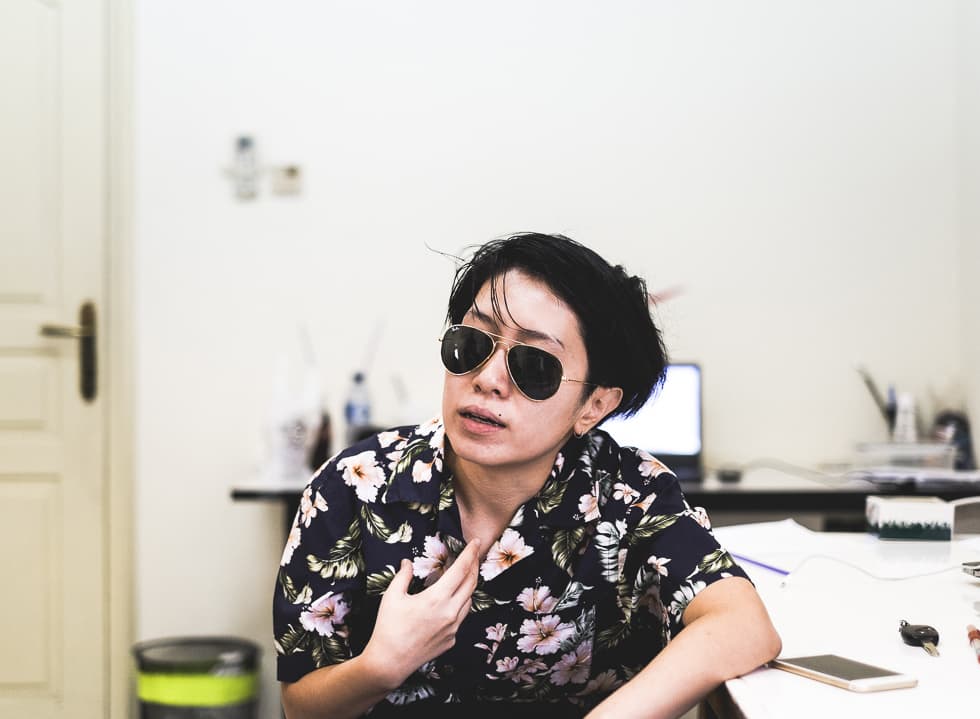 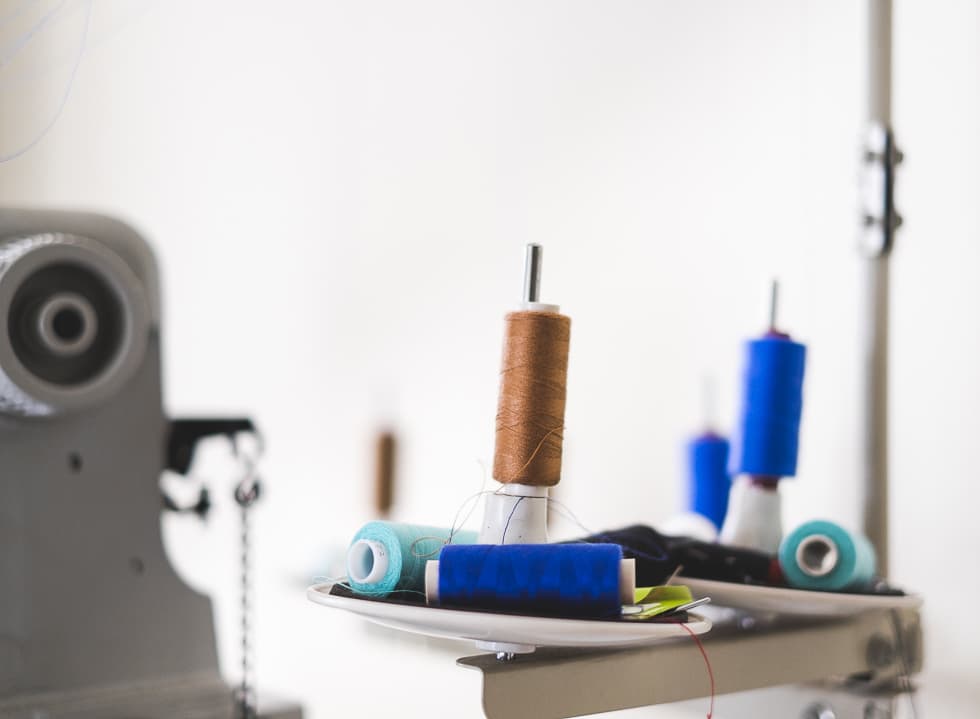 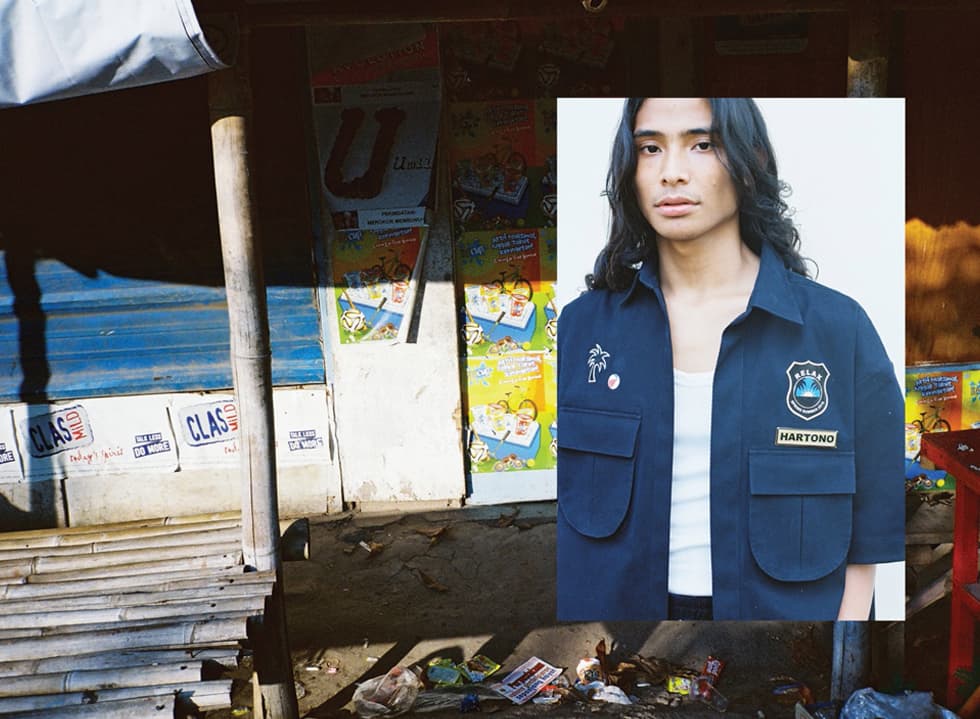 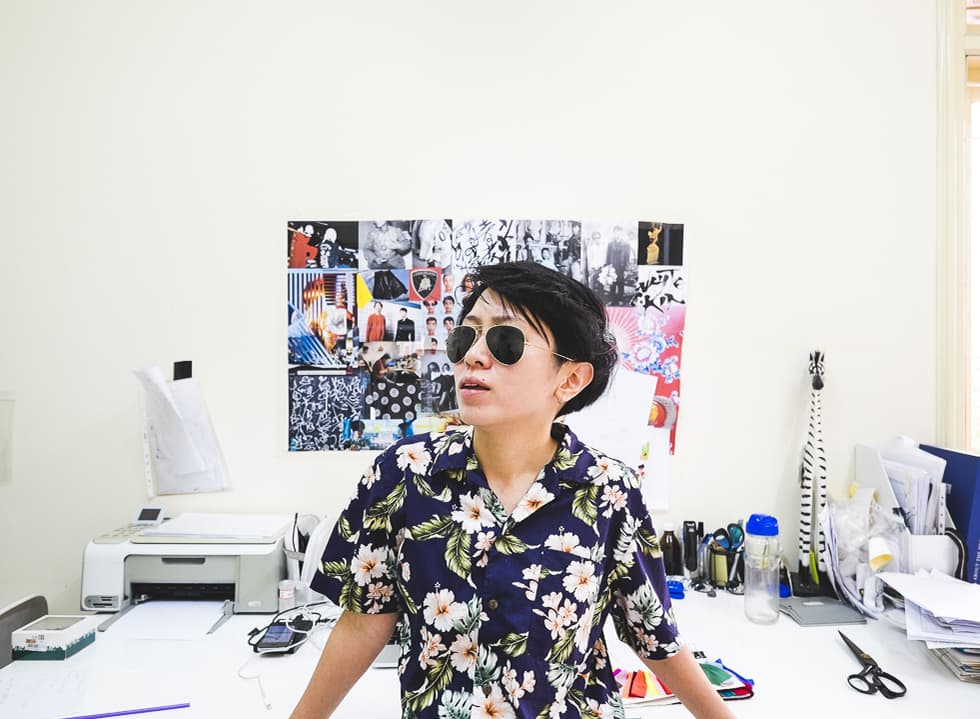 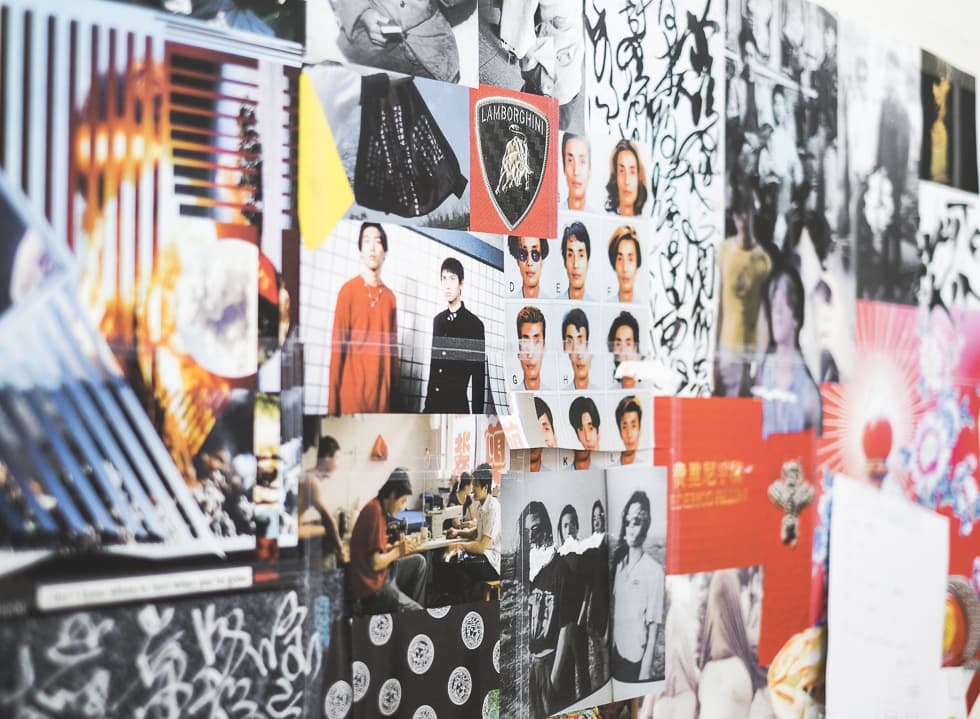 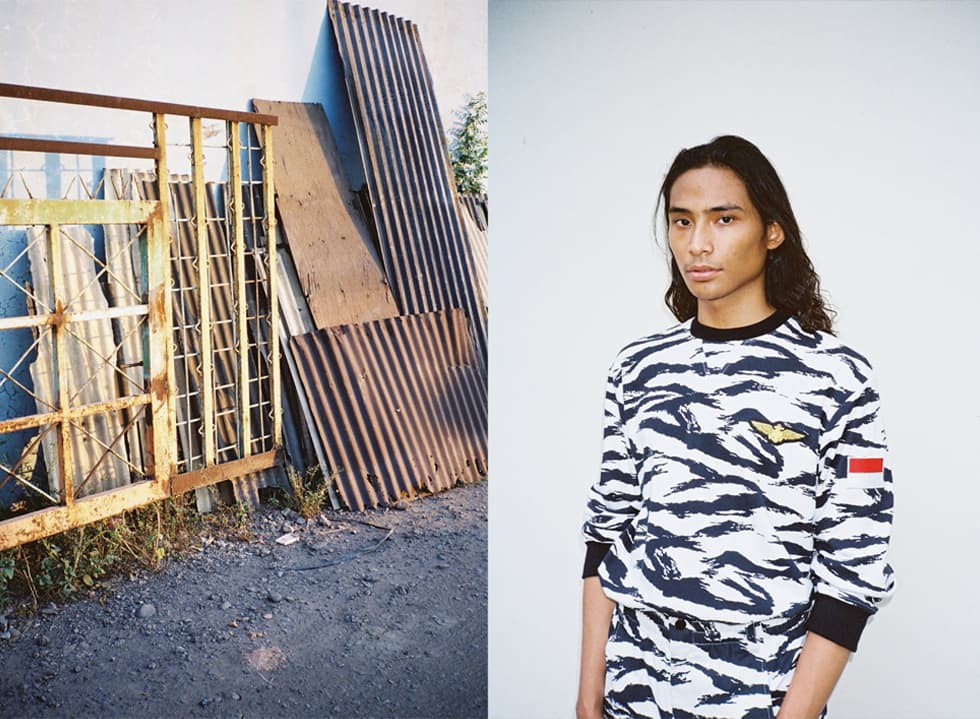 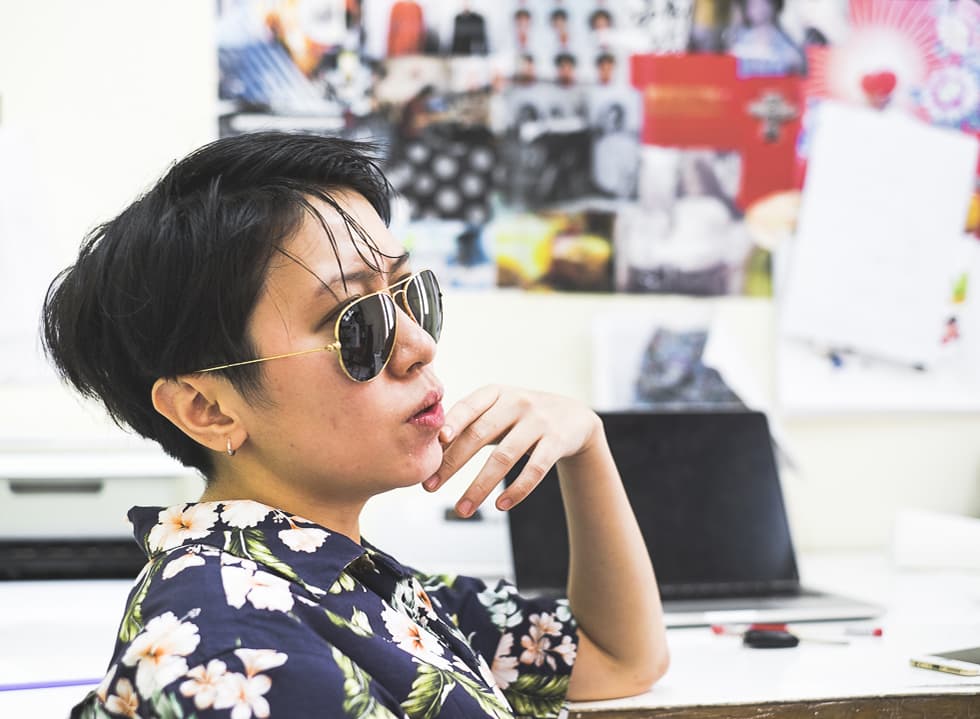 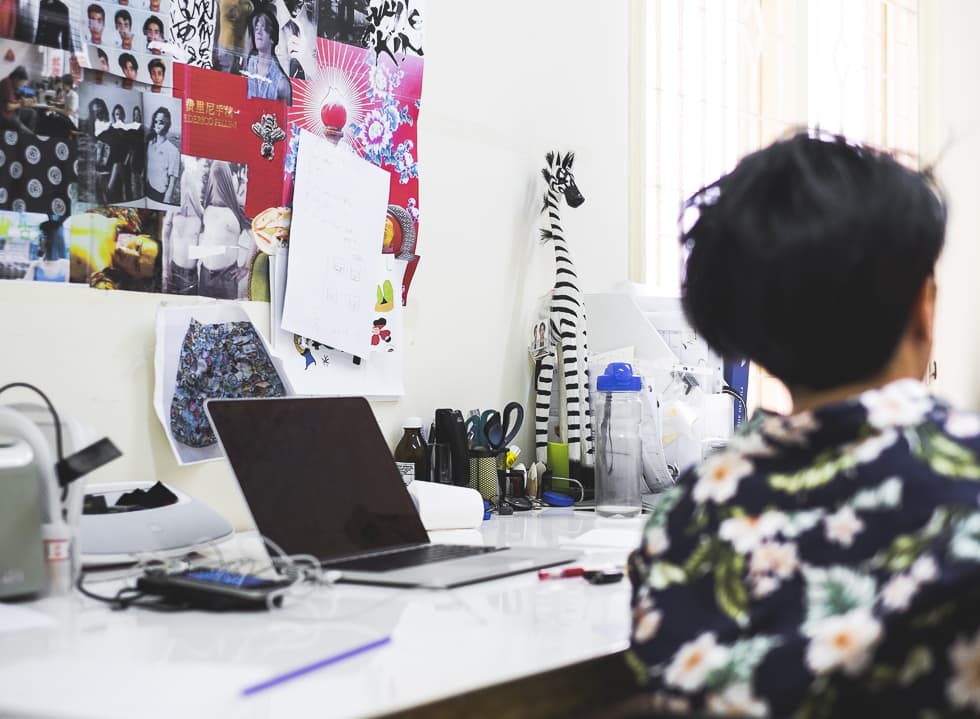 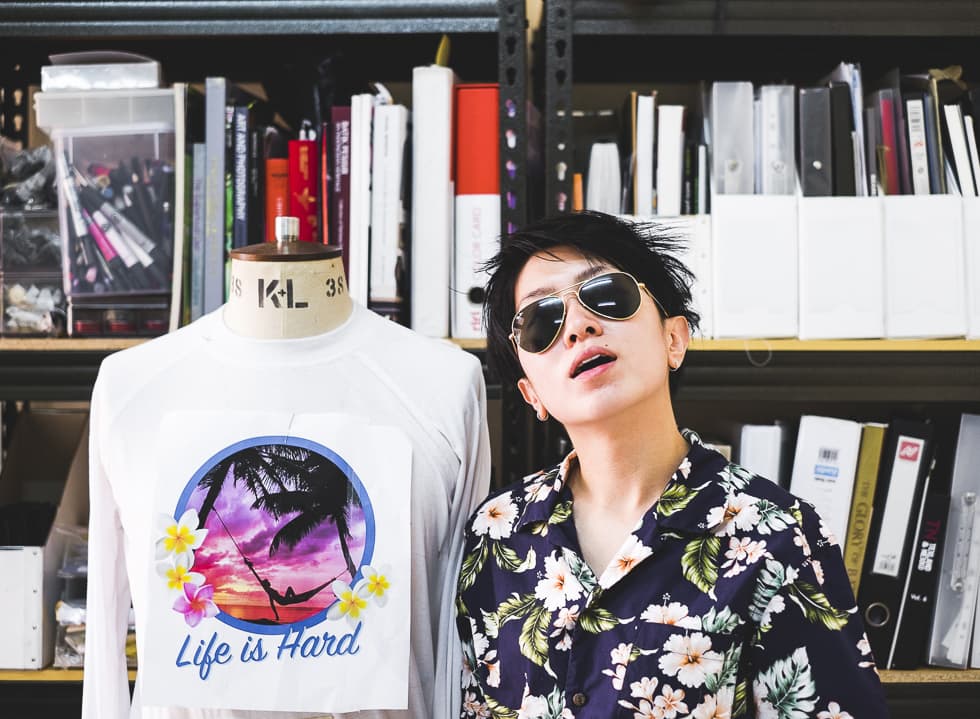 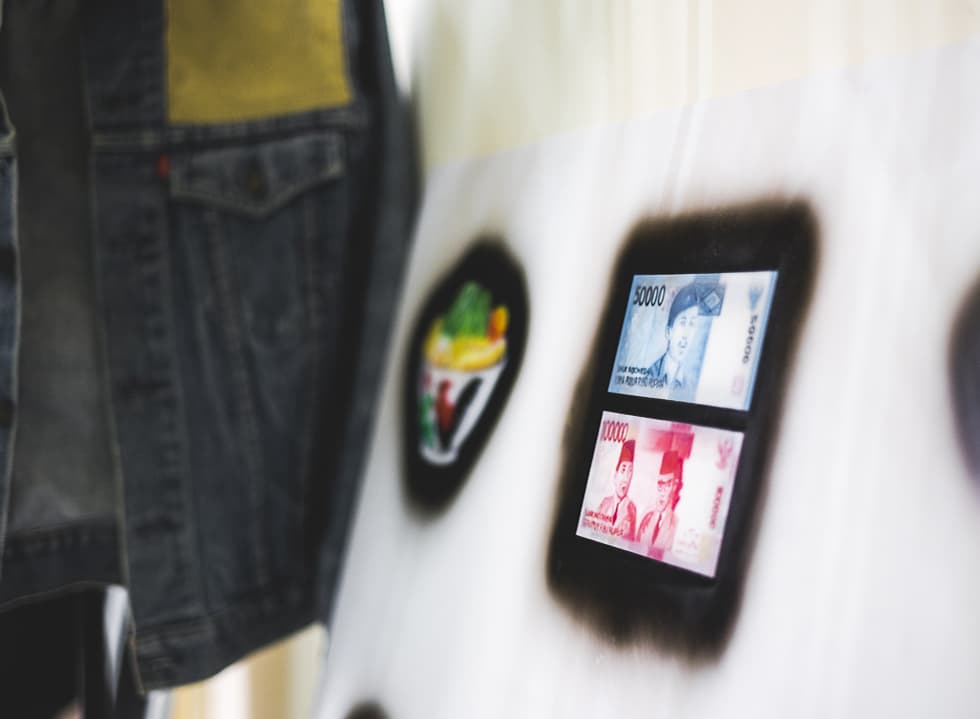 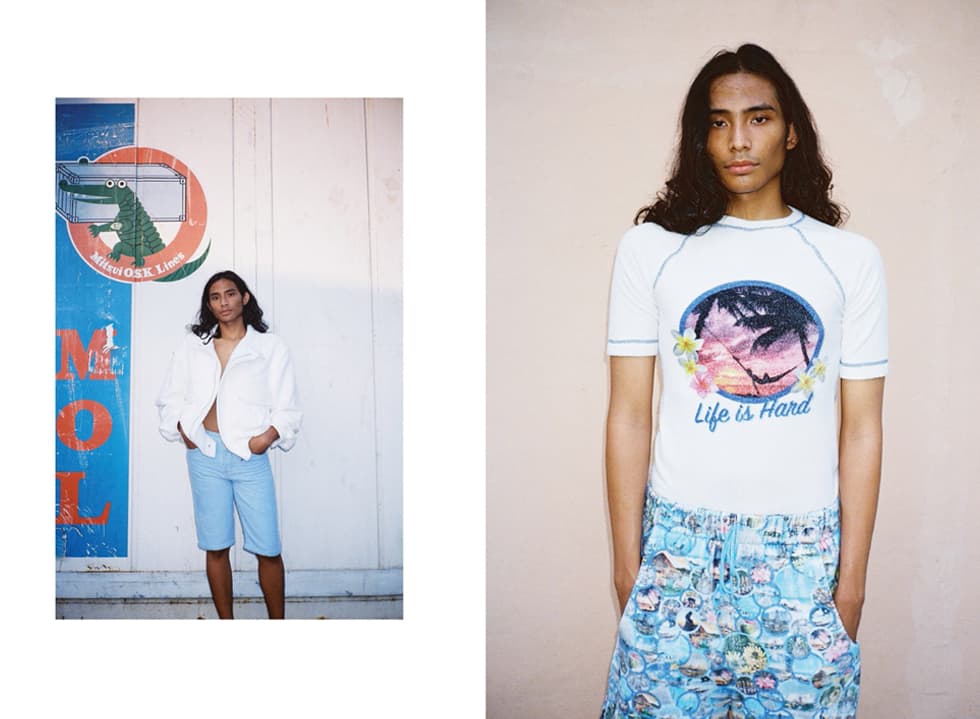 Taking it to the Street with Sherly Hartono

Share
Over bottles of Coke, we talk to rising fashion designer, Sherly Hartono, on the influence of abang-abang and a sage advice from her dad that she swears by.

Generally, when it comes to the people working in the rarefied field of fashion, such as fashion designers or editors, their reputations often precede them. This is partly because fashion still remains such an exclusively private club that beyond all the glamorous parties and exciting fashion weeks, the common folks seldom granted a forthright access as to what exactly goes into the making of the industry.

As such, to the eyes of the outsiders, the editors are assumed to be devils peacocking around in Prada garbs and that models are really just dumb creatures pretending to have a brain like Ben Stiller in Zoolander.

But, fashion is also nothing if not full of surprises. Once in a while, there comes a figure that shows us the other, rarely seen, side of the coin; that opposite pole does exist in fashion where there are individuals who are pretty much everyday people like us.

Not much is known about the enigmatic designer, Sherly Hartono, and her label, HARTONO, except that her collection can be found in Opening Ceremony, which is currently one of the coolest labels as well as retailers in the world started by equally famous founders, Carol Lim and Humberto Leon, whom are also the creative directors of Kenzo.

They don’t mind getting dirty and sweaty on the street.

In the description of her Fall/Winter 2014 collection, she cited the daily habits of abang-abang, working-class chaps in Jakarta as her source of inspiration. “They like to eat their plates of mixed rice with their hands and place their legs up on the bench; they don’t mind getting dirty and sweaty on the street.” Just like those abang-abang, it appears Sherly doesn’t mind “getting dirty” too by establishing her label on a plebeian local street culture, which is usually, perceives as crude and overlooked by most Jakartans.

We’ve agreed to conduct the interview in her studio. The latter is located amongst rows of middle-class houses with narrow one-way street, which works out to be two-way in Indonesia’s standard. Once passed the front door, I’m immediately greeted by an abang, who happens to be enjoying a siesta on the floor. I ask for Sherly and he simply points the way in.

The studio, apart from a huge table and a few industrial sewing machines, is pretty much unadorned and easily comes across as a dark, seedy sweatshop. In a separateroom, a petite figure dressed in a Hawaiian shirt, slouchy wool pants with white sneakers and short-cropped hair stands by the doorframe with her back facing me. I reach forward to introduce myself, thinking, perhaps, this person could finally guide me to where Sherly really is.

And imagine my surprise then (since googling for an image of the designer is pretty much a futile attempt), that petite figure turns out to be Sherly Hartono herself. She promptly plucks the cigarette from her mouth and extends her hand for a handshake. Before I have the chance to initiate a small talk, she offers to get me a drink from the nearby warung (mini neighbourhood kiosk). “Teh Botol? Coke?” she asks.

It’s like I was playing catching up while the rest of my peers were already way ahead of me.

From the way Sherly moves and talks – straightforward, candid, occasionally peppered with good sense of humour and charismatic swag – you would think she possessed the confidence of a well-liked mafia chief. However, soon after discovering she’d be photographed for this feature, Sherly decided to don a pair of aviator shades to prevent herself from feeling too self-conscious.

Sherly moved to the United Kingdom at the age of 12 and was expected to go down towards the career path of either a doctor or lawyer “like most Indonesian Chinese”. Fortunately, her exposure to i-D magazine sparked her interest in fashion and she ended up herself enrolling into Central Saint Martins for fashion design.

“It was pretty tough for me because kids over at London grew up surrounded by fashion, arts and museums. They knew what art movements like surrealism is from a very young age whereas I didn’t even know who Pablo Picasso is,” she recounts, still retaining her Indonesian accent despite being overseas for years. “I’m also oblivious to key fashion movements like short skirts in the 60s or big shoulders in the 80s. So for me it’s like I was playing catching up while the rest of my peers were already way ahead of me.”

They understood the story that I was trying to tell.

Luckily, blessings often come in disguise. “To me, it’s a good thing because it was some sort of a motivation for me.” For someone who is barely aware of iconic figures like David Bowie, Sherly decided to focus on the things that she has the most recollections of for her graduation collection. “I ended up turning to the surroundings around me in Jakarta and they are mostly those nonchalant abang-abang you see on the street,” she says while sweeping her hair up to the side.

Sherly’s instinctual move to stay true to her roots has paid-off handsomely. Her abang-abang-inspired collection of tight sporty turtlenecks and elegant slouchy pants caught the attention of a menswear buyer from Opening Ceremony. To understand just how big the deal was, it’s like being anointed and blessed by a fashion saint. This “anoinment” effectively placed HARTONO way up the fashion “food chain” overnight.

“I’m very flattered up to this day. It is still a big deal for me. I’m surprised that they get what I’m doing. They understood the story that I was trying to tell,” she says, this time round pushing her shades back up and sweeping her hair simultaneously.

It’s alright if you’re penniless but you gotta be cool.

As the only daughter in the family with two older brothers, I ask what do her parents think of her being a fashion designer. “Well, my mum would prefer to see me get married. You know, the usual.” What about dad? “My dad simply hopes I could be a cool person,” she laughs. “He always says that it’s alright if you’re penniless but you gotta be cool.”

It is no wonder then that Sherly would be drawn to the style of the abang-abang. What these blokes lack in the financial department is substituted heavily with an air of insouciance in the way they dress and carry themselves, which resulted in an inimitable style itself.

Now that she has a firm fantastic start for her label, I ask if she has any plans for her label in the near future. “I’m actually moving my base to Guang Zhou (China),” she replies. Why? “Well, honestly, production wise, it’s pretty tough to get things rolling here in Indonesia. There’s always tend to be errors. That’s why for production-wise from printing, fabrics to accessories like buttons and zips are sourced from overseas.”

It would be callous to accuse Sherly of being un-nationalistic for moving her base overseas when the label’s DNA is practically mined from her home country itself. After all, in the eyes of the big fashion corporates, China has been and still is regarded as the next big thing. Click through sites like Business of Fashion and it’s easy to stumble upon an article detailing on the country’s brightest young things and big international brands’ next bold move in China.

Sherly looks relieved once the interview is over. She is visibly relaxed and bubbling with energy now. I ask if she has anything she would like to add. She says no then swiftly switches her role from interviewee to the interviewer and begins firing me questions regarding yours truly instead.

“Have you been to those dodgy clubs in Blok M?” she asks. I shake my head in amusement. “It might just be a good source for your upcoming article. The place is dilapidated, swathed in blue light and the abangs there dance really really well,” she muses.

Sherly then turns to our photographer, Liandro, and asks how she looks in the picture. Liandro settles down beside her and begins showing her photos from the camera. She spontaneously picks up the camera, raises it high above her face, points it towards both of them and pushes down the shutter.