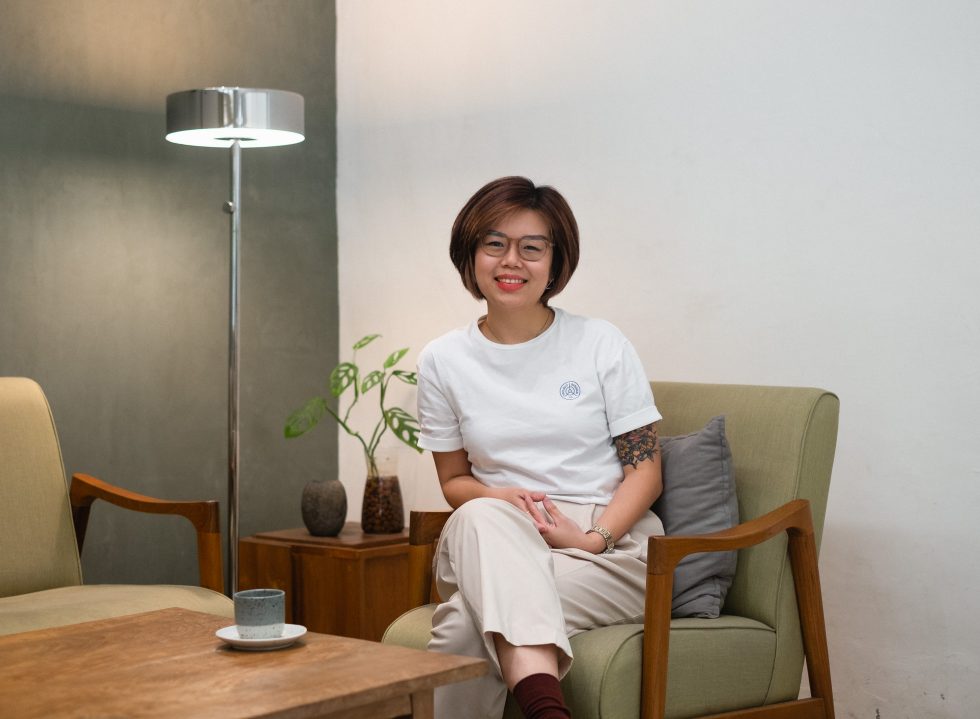 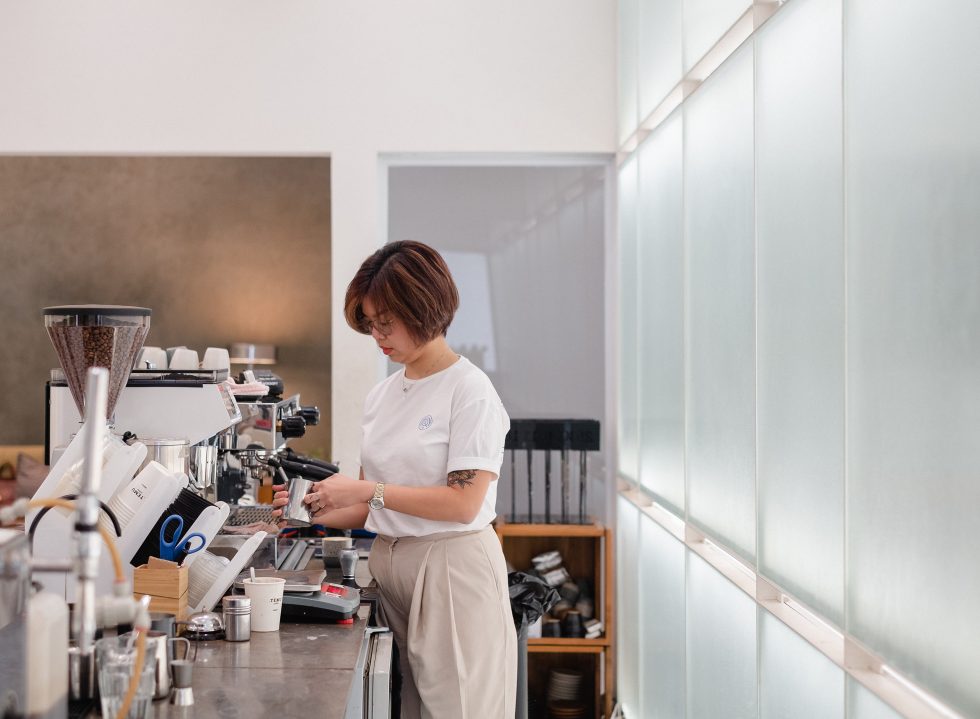 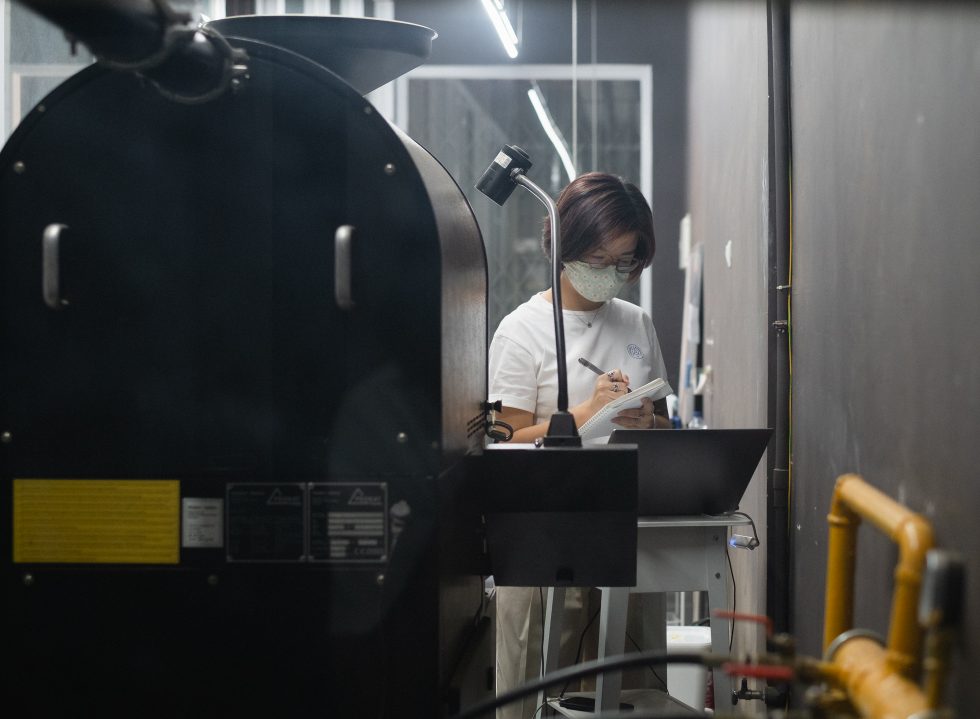 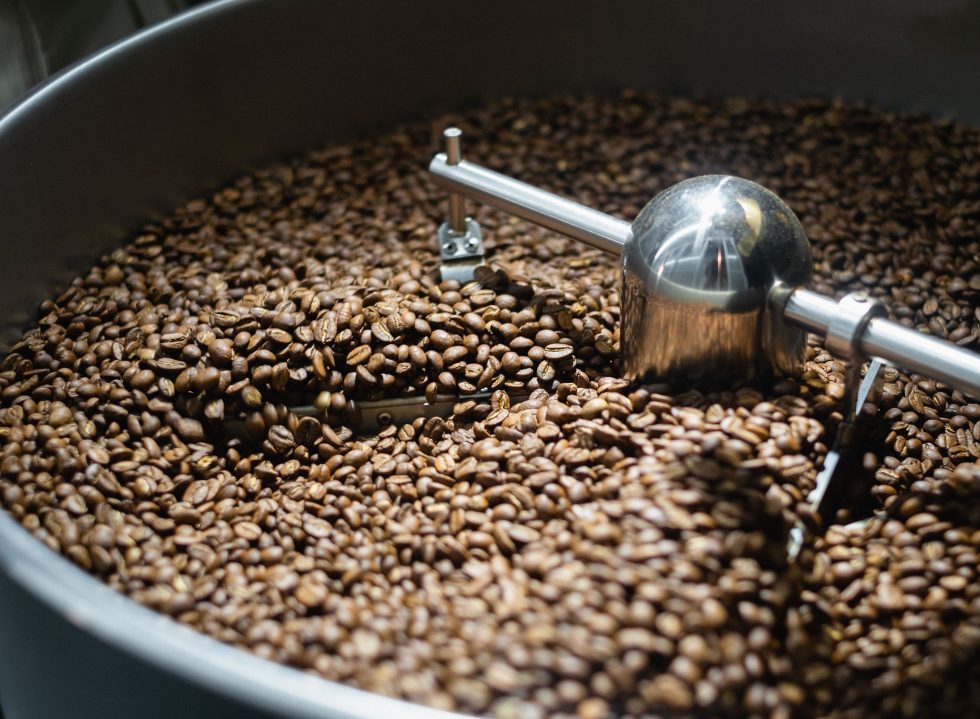 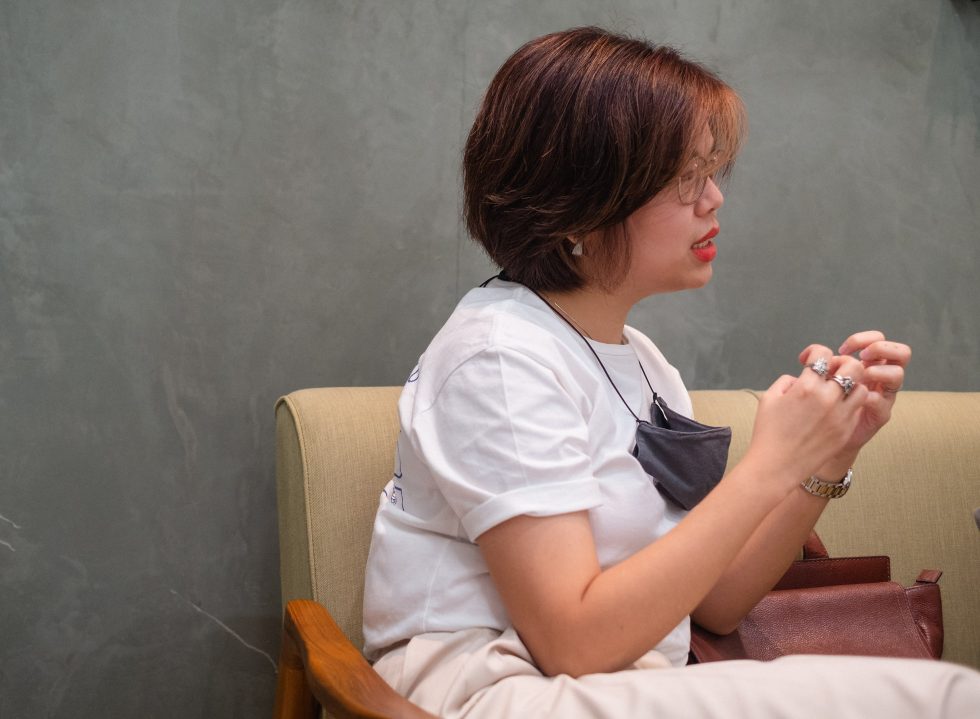 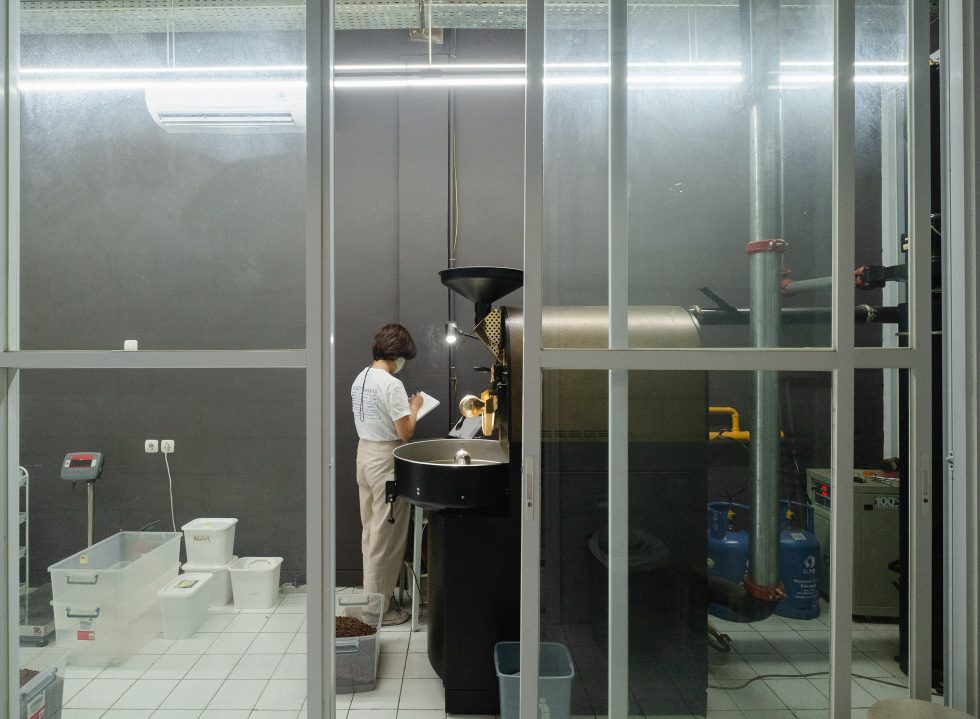 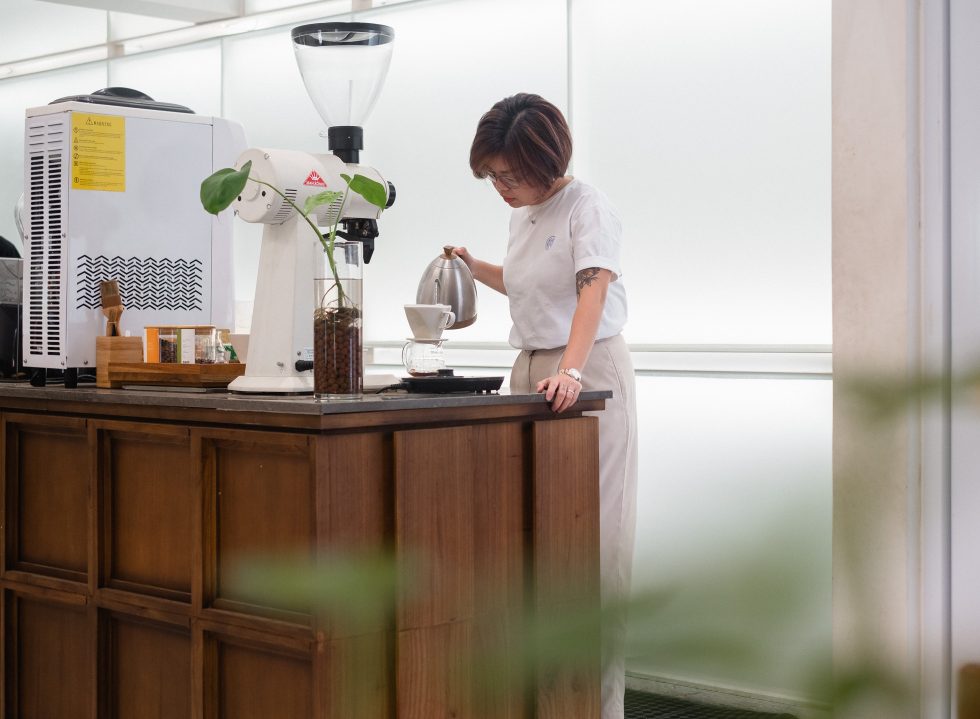 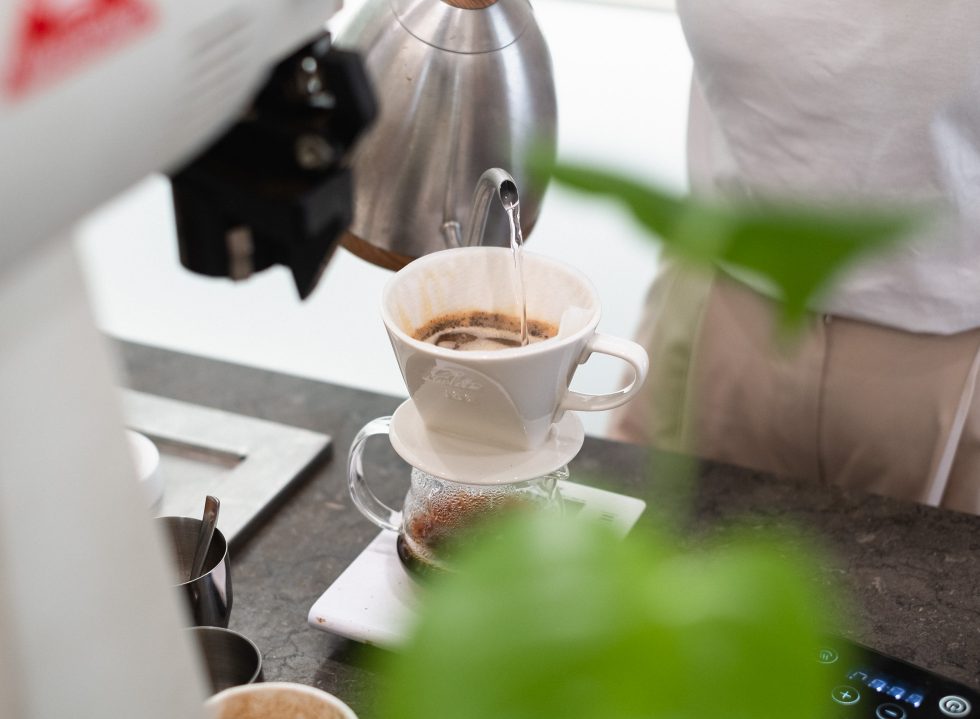 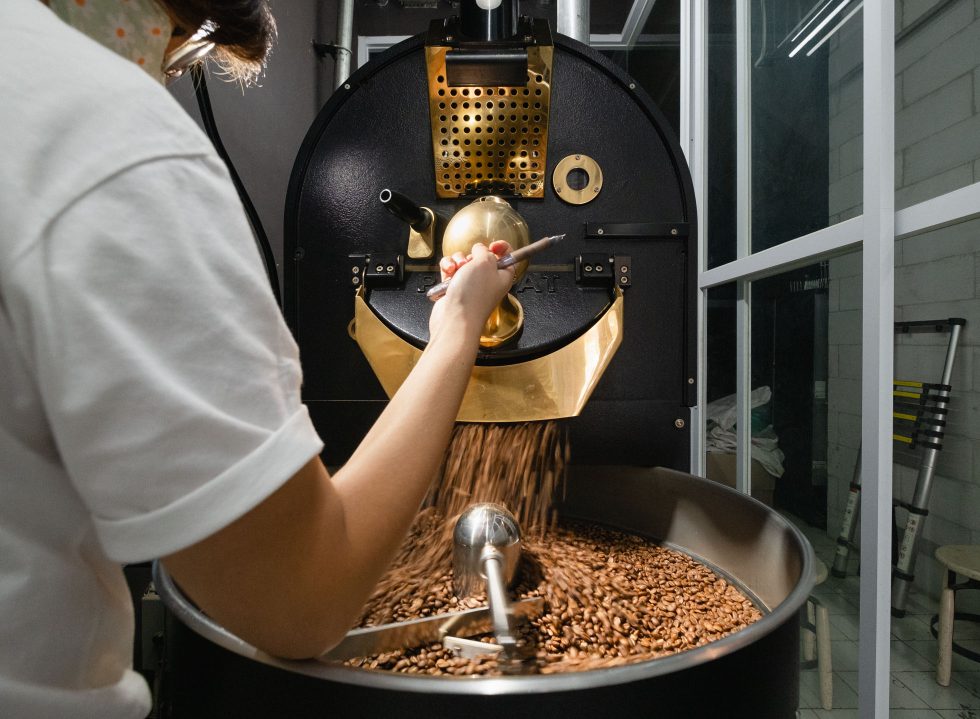 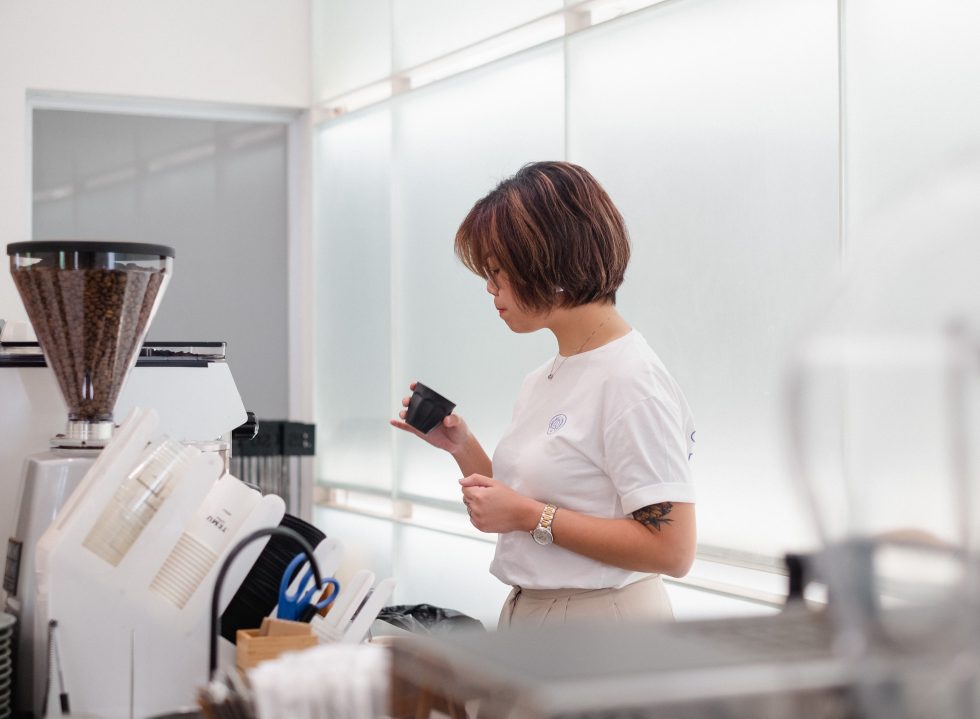 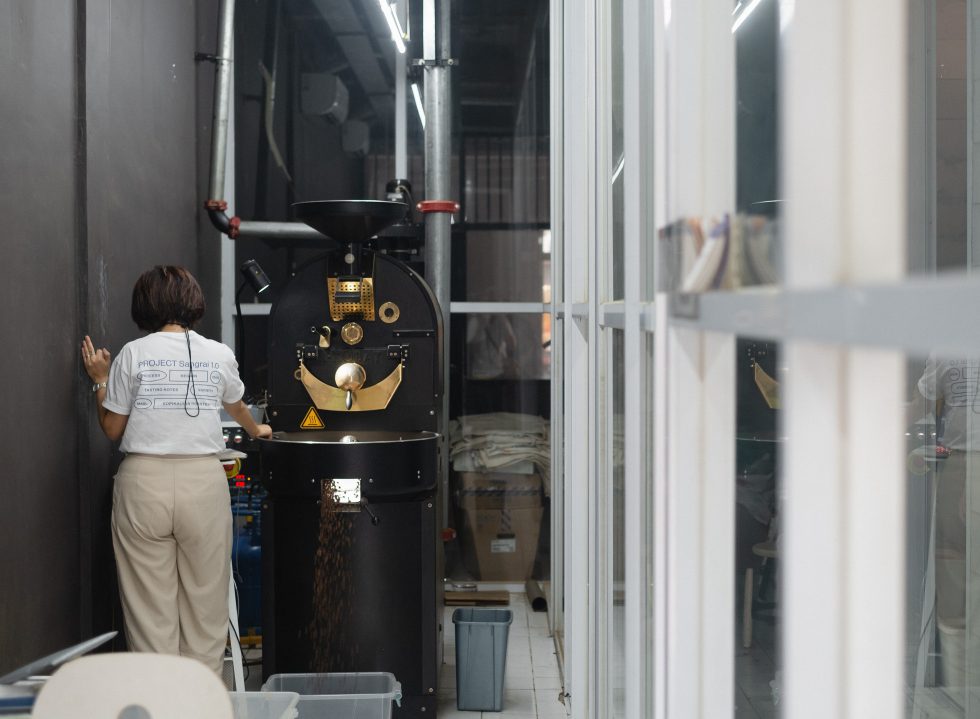 She Calls the Shots: Angeline Lauwrence

Share
With the passing time and trends, a refreshing sight in the coffee industry is seeing women leading and progressing the scene. In partnership with Kopi Kalyan, Angeline Lauwrence talks about running her own specialty coffee shop and her hopes to become more impactful in the industry.

For a long time, visibility for women in the coffee industry warranted grounds for complaints. Be it scepticism or ingrained traditions, the shadow seemed longer for women trying to make their mark in the industry in comparison to their male counterparts.

But following the rise of third-wave coffee here, one refreshing change was seeing more women involved and leading the industry. One Angeline Lauwrence speaks from a place of experience and authority, having worked as a barista at famed speciality coffee shops in Melbourne and co-founded Turning Point Coffee in Serpong, one of the early players in the burgeoning local coffee scene. She is also one of the owners and head roaster at Titik Temu Coffee.

Manual Jakarta (MJ): Turning Point Coffee opened in 2014, even before the local coffee chains flourished. What was your impression of the coffee scene back then?

Angeline Lauwrence (AL): Back then, the concept of speciality coffee was still in the beginning stages. You can count less than five independent coffee shops in the Serpong area. Today, you can see them everywhere. But, I can say that we have not reached maturity yet. Maybe because I compare with what I learned in Melbourne where the industry is already quite mature. Even after moving back here years ago, there are still many new things that are quite surprising to me, from the products, and customer behaviour to the business itself. It’s still all very exciting.

MJ: You talk about customer behaviour. In terms of the local coffee culture, what do you think people here gravitate towards?

AL: I’d say maybe about 20 per cent of customers are serious about coffee; by that, I mean those who truly want to educate themselves about it and put in the effort to look for coffee that is exciting. The other 80 prefer something decent, consistent, a nice place where they can work and do meetings. Back then, I could be quite judgemental about people’s taste and preferences. But the more I learn and understand, the more I become open towards differences. I recognise that every different coffee, grade and quality have their own enthusiasts and market. It’s so diverse and subjective, so I appreciate these differences.

MJ: Let’s backtrack. You lived in Melbourne for 10 years and dabbled in the corporate world before turning to coffee. What was the reason behind this switch?

AL: I worked at this financial planning company for about 3 years. The global financial crisis just hit and you received so much pressure from clients about investments not doing really well. So, I reached the point where maybe I should try doing something else. Besides, [my husband and I] have always considered going back to Indonesia and starting our own thing and the idea of speciality coffee interests me a lot, so why not take the plunge and try first? In 2012, I started working as a full-time barista and began to love it so much. I had no knowledge of coffee whatsoever – I didn’t even drink coffee back then! But as I learned along, the interest kept growing for both me and my husband.

MJ: Where did you work as a barista?

AL: I started working in this one chain called Cafenatics and after six months, I moved to another place called Top Paddock. The last place I worked at was Market Lane Coffee; I was there for ten months before I went back to Indonesia.

MJ: When you first entered the industry, how was the visibility like for women professionals?

AL: Back in Melbourne, I’ve heard of some coffee shops whose workplaces were pretty much a boys club; say if you were to work behind the machines, they’d rather have men over women who have the same skill. But, this doesn’t reflect the industry in general. I think this is very isolated and leans toward one’s company culture.

Funnily, the places I worked at all had female in managerial positions, so luckily, I didn’t experience any gender-bias happenings. When I went back to Indonesia and opened my own coffee shop, I tried to make my work environment healthy. It was also the first time in my life that I learned about staff dynamics. There are instances where interactions between female staff and customers could lead to uninvited moments, but in that case, it’s more about how we protect the employees.

MJ: But in terms of inclusivity, how do you think we’re doing?

AL:  I think we’re doing really well. At world competitions, the issue that has been going on for a while is that there are few female participants. But if you look at last year’s World Barista Championship, the winner was Jooyeon Jeon, who is Korean and female. So, I don’t think gender bias is particularly strong or problematic here. Now I can see more women becoming involved; I see them on the judge’s seat, I see them organising. I’ve seen many women in leadership positions, be it as the owner or as a teacher. More and more females are also interested to learn where they see this industry and think ‘Oh, this could be a career alternative for me.’

MJ: What did you learn the most about working as a barista in Melbourne?  How was it working with women in leadership?

AL: At the first two (Cafenatics & Top Paddock), I learned the most about technical skills. At Market Lane Coffee, that’s when I learned about stories and the journey behind every cup along with transparency and building a relationship with coffee producers and farmers. Working at Market Lane sort of formed my personal taste preference and philosophy in the industry.

Having worked with women in leadership, I found that women have better attention to details. They don’t let the small things just slide. They get the job done properly without much compromise and learn really fast. Women leaders also have this nurturing energy, whereas men dominate environments and focus a lot on technical and problem-solving issues. Of course, both have their own strengths and weaknesses and this ties back to each respective workplace culture.

MJ: If you could have any tips for those who want to enter this field or open a coffee shop, what would you want to share to them?

AL: People focus too much on how we can make the best cup of coffee, but you need to remember that customer service excellence is just as important. For baristas, I think the most important thing is to have a trained palate. Don’t just drink coffee that you think is good or like, but open up your palate and try different things, even when it’s not speciality-grade coffee. Don’t encourage that attitude, especially in the beginning. I have only started roasting for about two years and there are still so many things that I need to explore. Always be hungry to learn.

MJ: Let’s talk about local beans as they are known to be a-grade. How are they faring here? And what type of flavour profile do you like?

AL: I feel like access to good beans with reasonable prices is still difficult here. And I understand because to be able to produce high-quality beans, the effort required from farmers and processing centres is not small. It needs infrastructure and support and the price is reflected on that. But I think we’re going in the right direction. We’ve been finding quite interesting beans and exploring processes that are more experimental. So yes, Indonesia is catching up.

In terms of flavours that I like, there are these beans from Java Frinsa in West Java that have quite an interesting character; the fruit bomb is real and quite heavy on the mouth. It’s like yoghurt, which I find fascinating because beans from there are usually sour and don’t shy away from brown sugar. There are also Malabar beans that have little acidity but are clean, complex and quite transparent in character.

MJ: What goals do you have right now for yourself or your business?

AL: At Titik Temu, we want to be more involved and impactful from upstream to downstream; from farming and processing to the cup we serve to customers. In the beginning, all we knew was operating a coffee shop but now that I have also started roasting, I want to involve myself with our partners and learn more about processing methods – basically, to have more involvement and work our way along the supply chain because ultimately, we always want to learn.

But now we are in the surviving mode and we had to pivot to products that we never focused on. Especially during this pandemic, I learned to not underestimate products that may not be in line with our idealism. The willingness to evolve and adapt is very important for our growth.