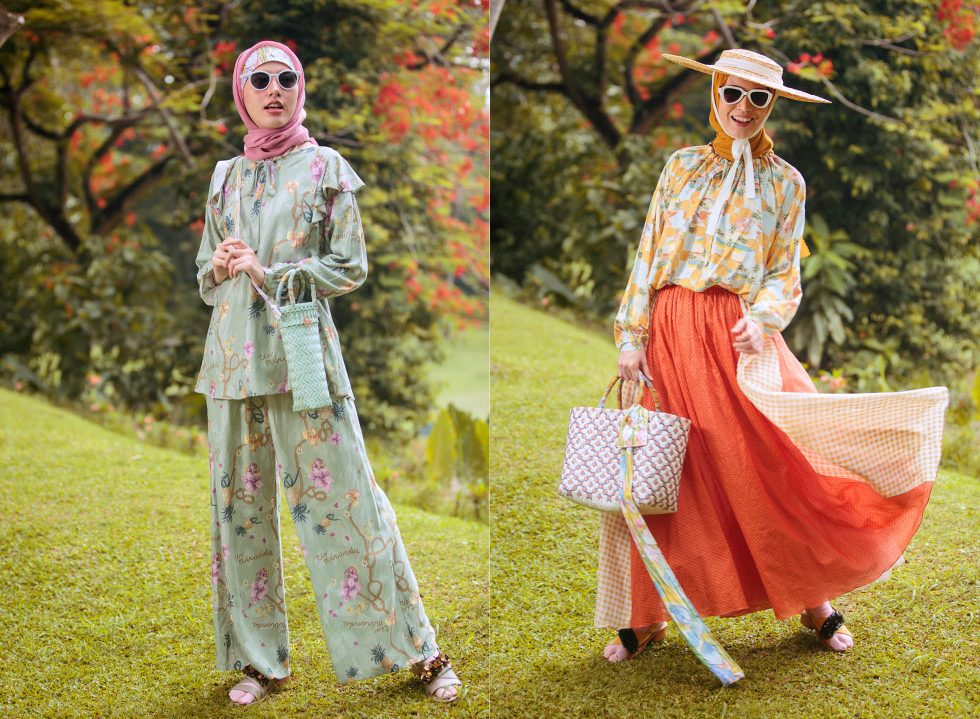 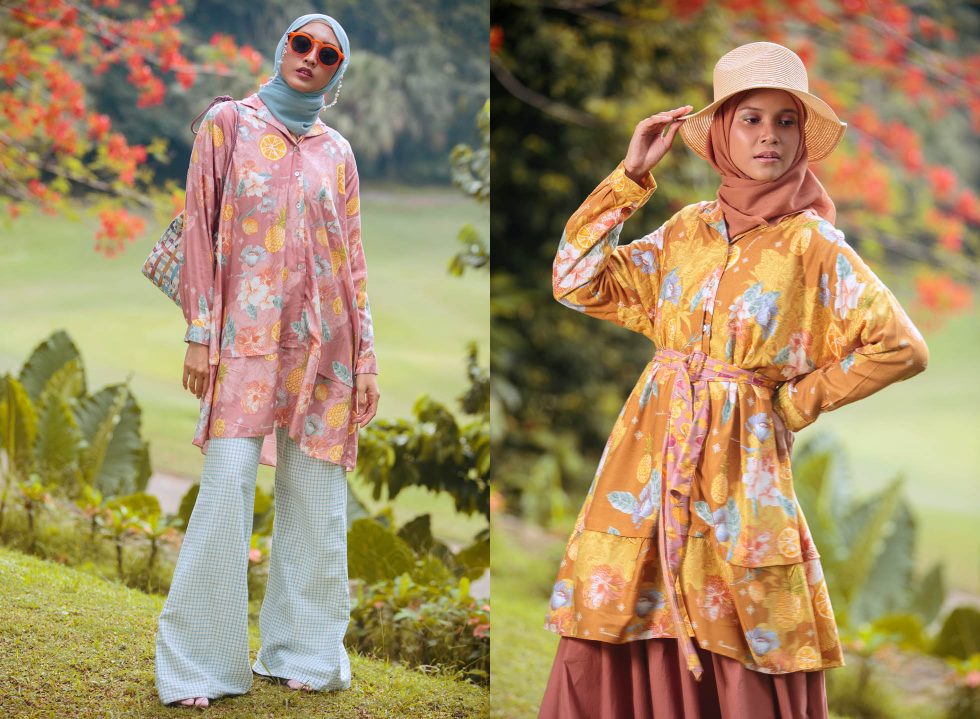 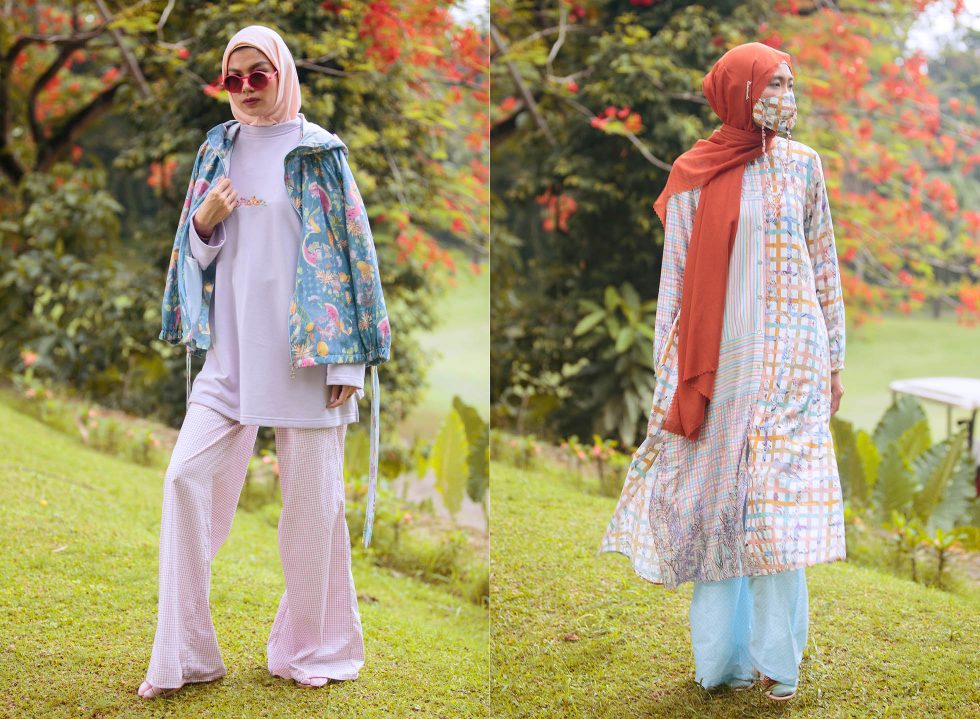 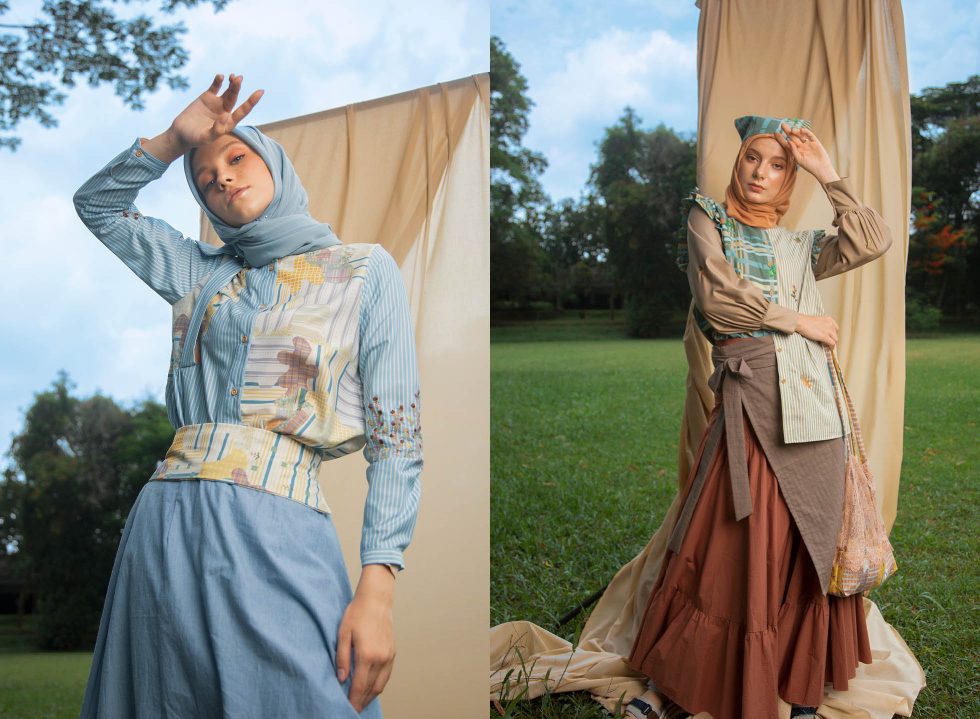 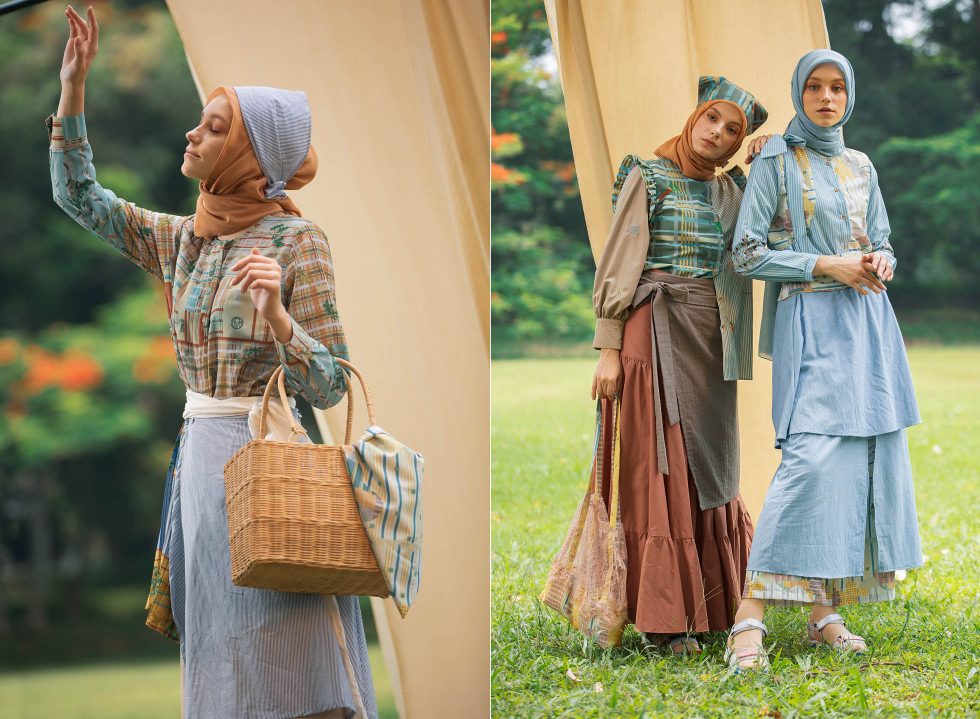 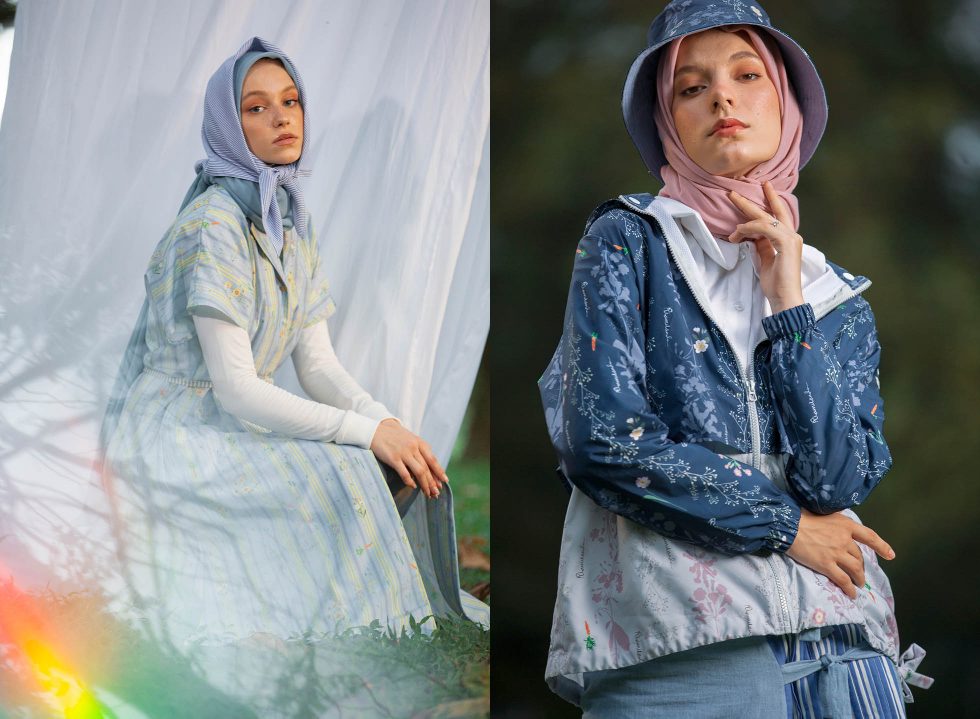 Share
Though the virtual show was long and repetitive, Ria Miranda delivered a collection right on target with her growing mass audience.

Ria Miranda’s fashion career now stands at 11 years, during which she’s become synonymous with the mass market modest wear. Just last year, she celebrated a decade in fashion with a special exhibition, titled 10 Langkah Ria Miranda, which saw collaborations with architectural firm FFFAAARRR, graphic design studio NUSAÉ, artist and illustrator Ika Putra, as well as Microsoft Rinna. The event was in addition to the yearly Ria Miranda Trunk Show (RMTS) which has been held since 2012, and now held virtually for the first time—this year marks its eighth installment.

“The virtual concept of the RMTS 2021 provides a new experience in watching our yearly event,” shared namesake founder and designer, Ria Miranda. This format was more of a live shopping network program than it was a traditional, runway or film-type fashion show—plenty of which we’ve seen throughout the pandemic. It was very commerce-driven. Set at the Al-Kahf Creative Space, where Ria Miranda’s flagship store and café is located, designer and host had discussions about the challenging process of creating a collection in 2020, putting together an event such as this, and how important it was to stay connected i.e. maintaining silaturahmi. An entire segment called Ria Miranda Menyapa was made for this purpose, hand in hand with the specially-designed interface on rmts.riamiranda.com, which allowed users to chat live with the designer, and also buy presented looks on the spot, i.e. See Now Buy Now.

The show was also streamed on Youtube and IGTV—albeit, it is more than two hours long. Duration and Internet connection play a huge part in its delivery, so it was difficult to focus on anything. Most of the time the stream was filled by repeated ads and talking went on for extensive durations with only a few visual cues between segments. Again, it must be stressed how commerce-driven the show was. The 2021 RMTS boasts an impressive list of support for the event comes from Djalin Design, Kala, and Izipizi, to name a few brands. Plugs from sponsors, Wardah were also incorporated into the collections’ presentations, reinforce the sell, sell, sell approach of the trunk show.

The first collection to be presented was from Resort 2021, titled Ceraloka. The majority of the clothing were loungewear items including mukena, pyjamas, tunics and home dresses, printed with lots of fresh, brightly coloured prints, for example, fruit and tropic flowers. There were also windbreakers, which the designer highlighted was a completely new item for the brand. All of these were produced in rayon material, which has soared in sales due to its high washability and light comfort. In addition to the “runway” film, the designer also had a video of herself modelling the clothes within the neighbourhood of the flagship boutique. There was talk of the power of Tik-Tok, and how millennial pose for #ootds nowadays. The collection was released on 12 December and available at all Ria Miranda stores across Indonesia, including department stores and the brand’s website.

Then came the presentation of the Spring/Summer 2021 collection, titled Abrea. Slightly more mature than the former collection, Abrea is inspired by a story about the love between a mother and her child, told through botanical designs. Simple cuts were paired with feminine and playful details, including stripes, mini ruffles, pleats, bows and embroidery, all executed in cotton and polyester. Whereas Ceraloka used more vivid colours, in keeping with the 2021 colour trends, Abrea featured more subdued colours including terracotta, pale yellow, light blues, pinks, olives and purples. The collection will be released in February 2021.

So what’s the final verdict? If you’re a fashionista that’s used to high fashion goods, this won’t be your cup of tea. The clothes were alright, if you’re into prints that is, as they are the selling point of the brand. Some of the motifs, however, could use an update and simplification—the matching sets were a good example of execution. The silhouettes and garment types are in keeping with changes that occurred during the pandemic. Because the whole intention of the show is to reflect this evolution, Ria Miranda’s completed her mission objective successfully.