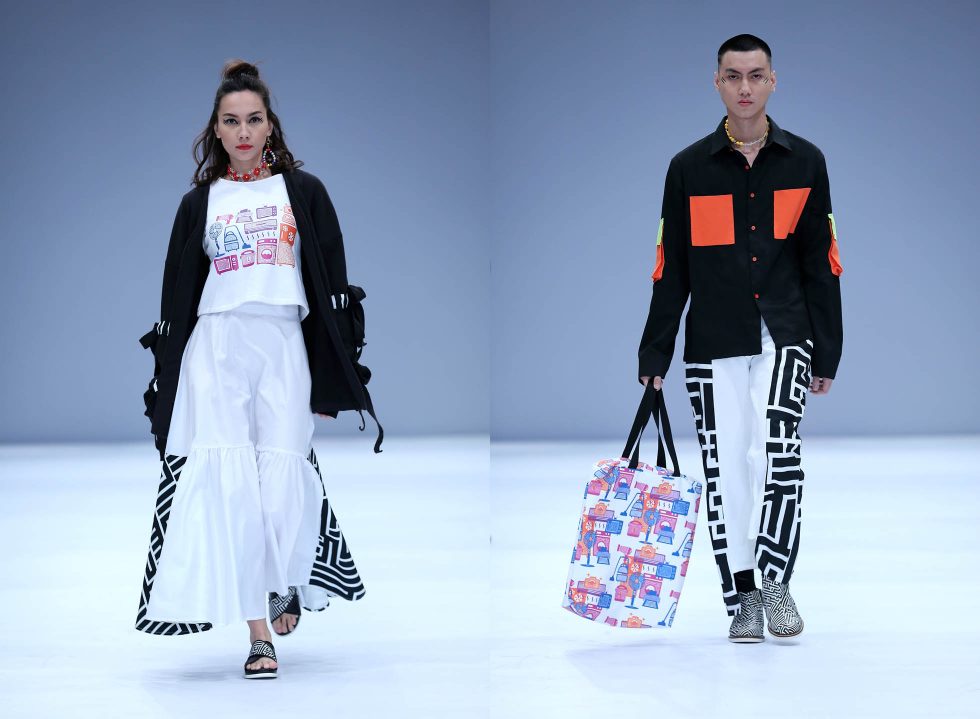 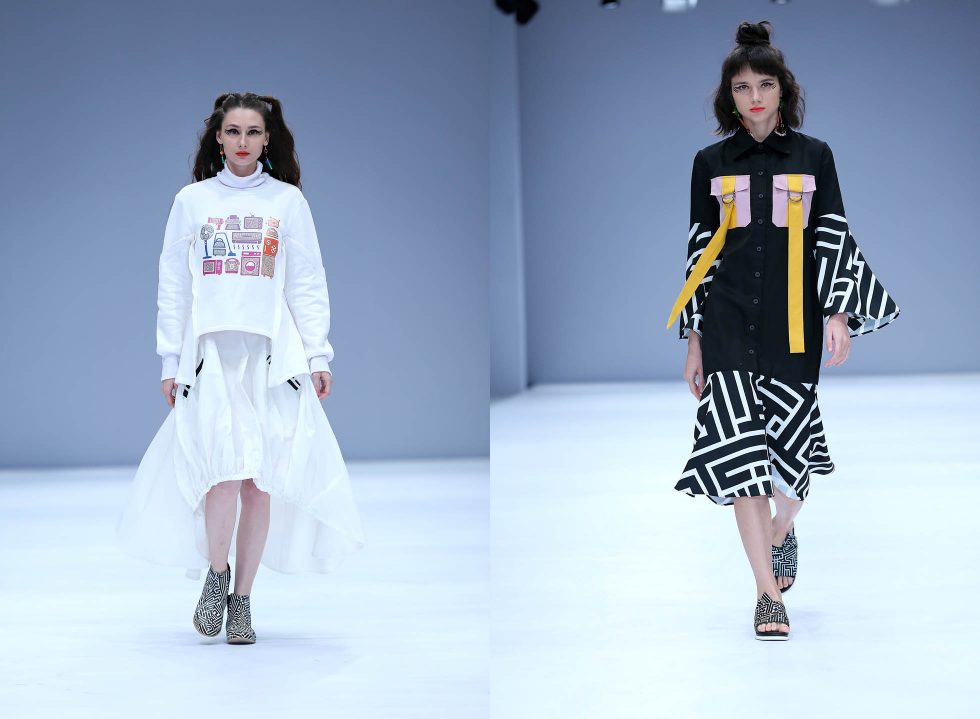 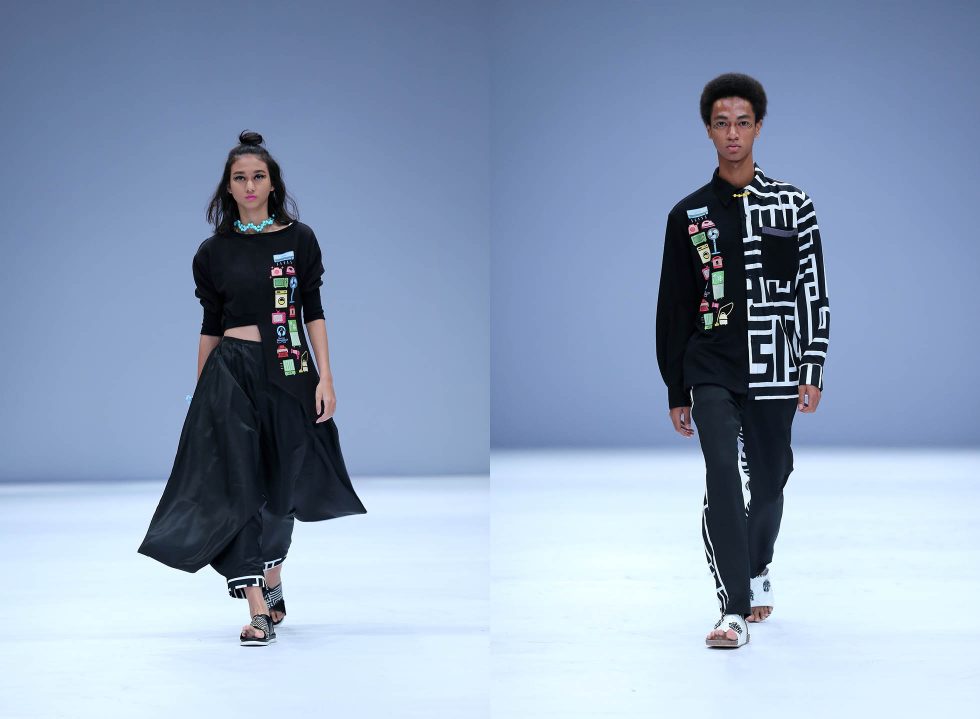 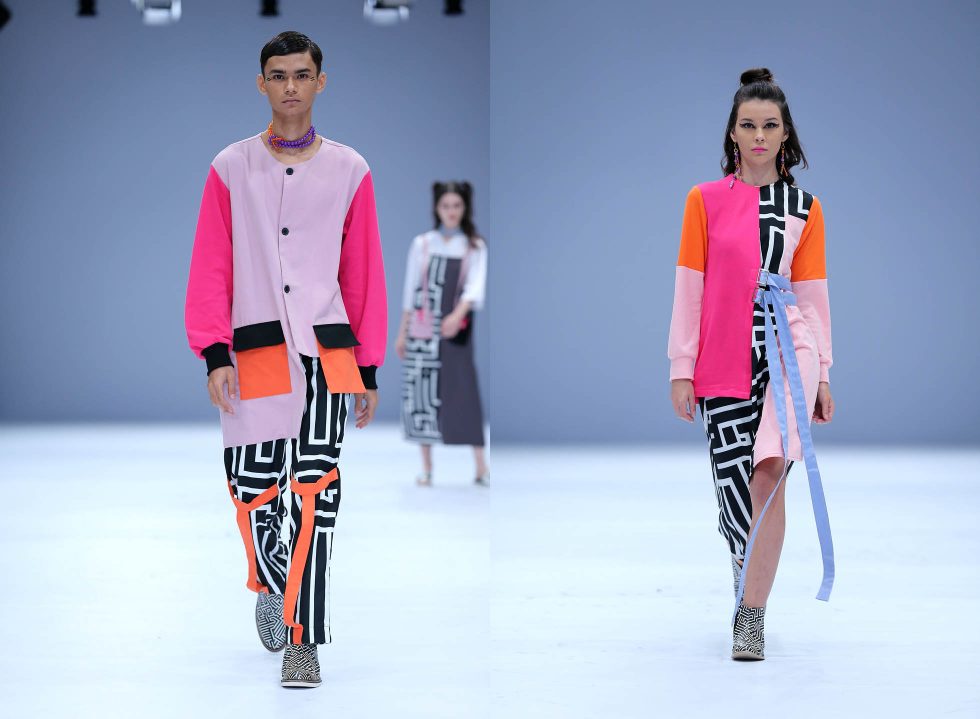 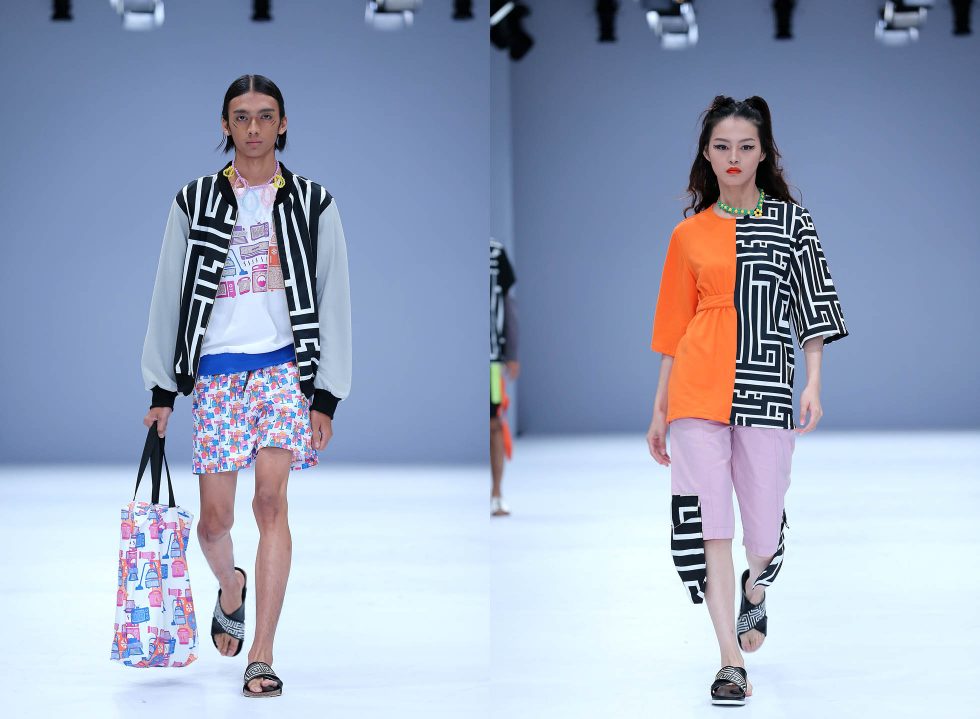 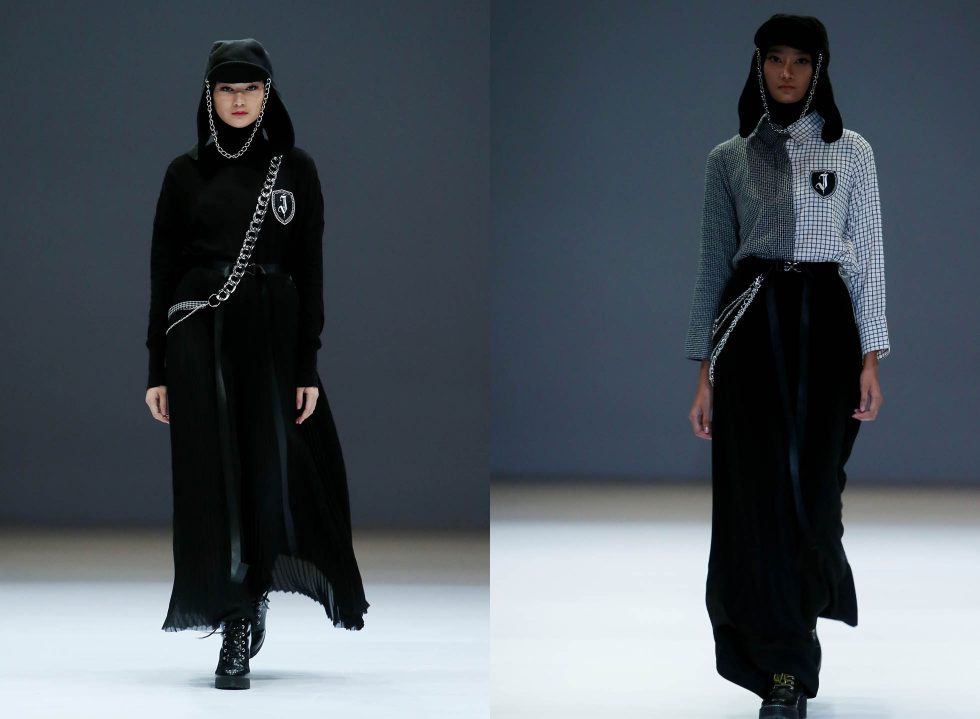 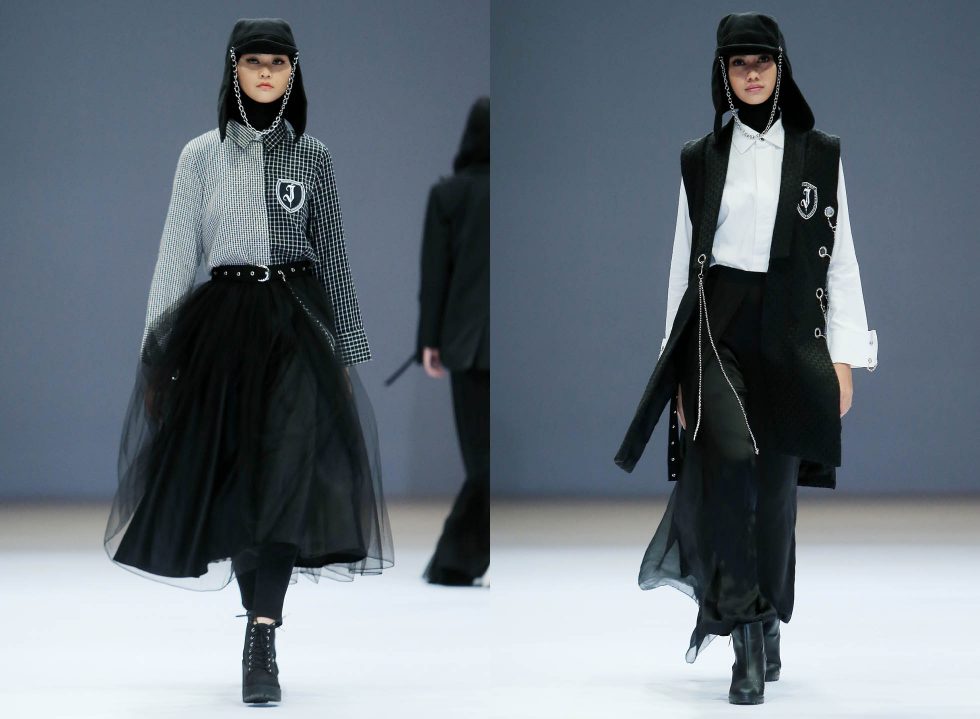 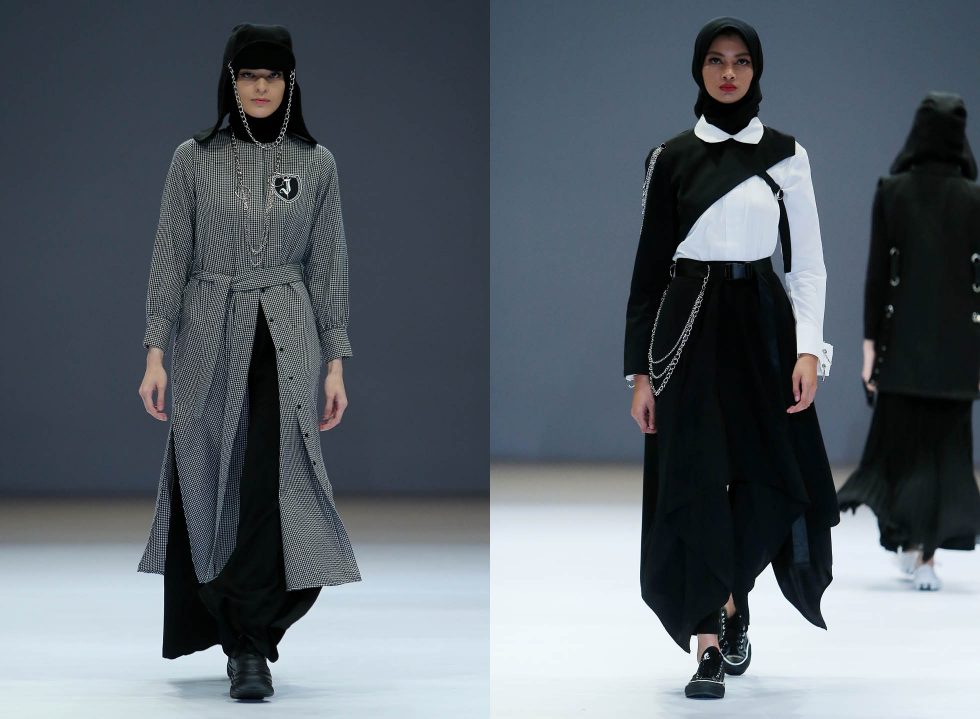 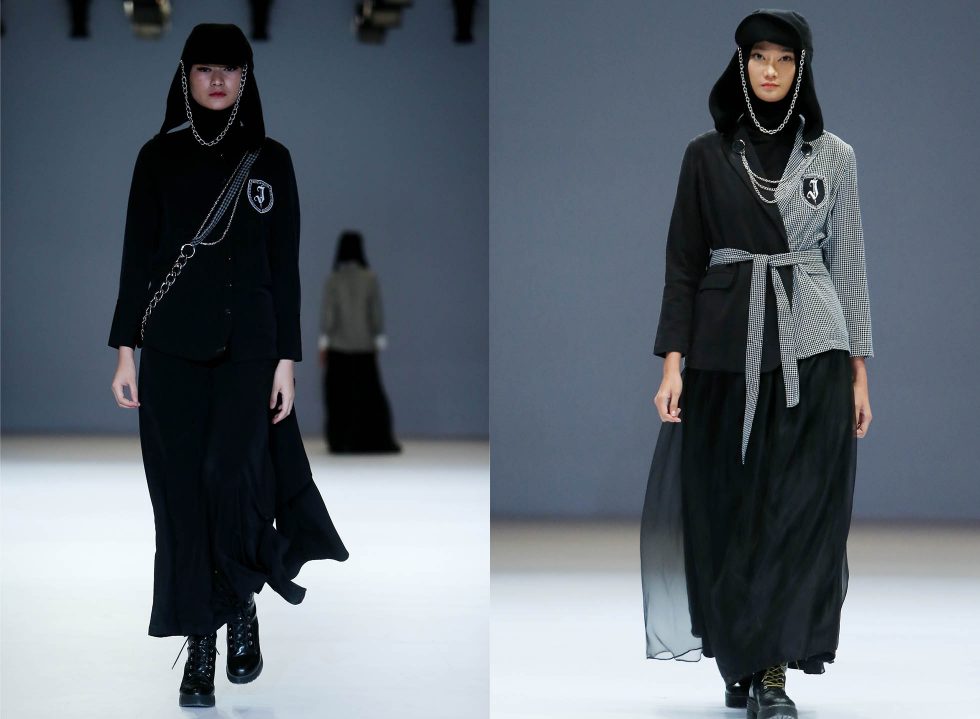 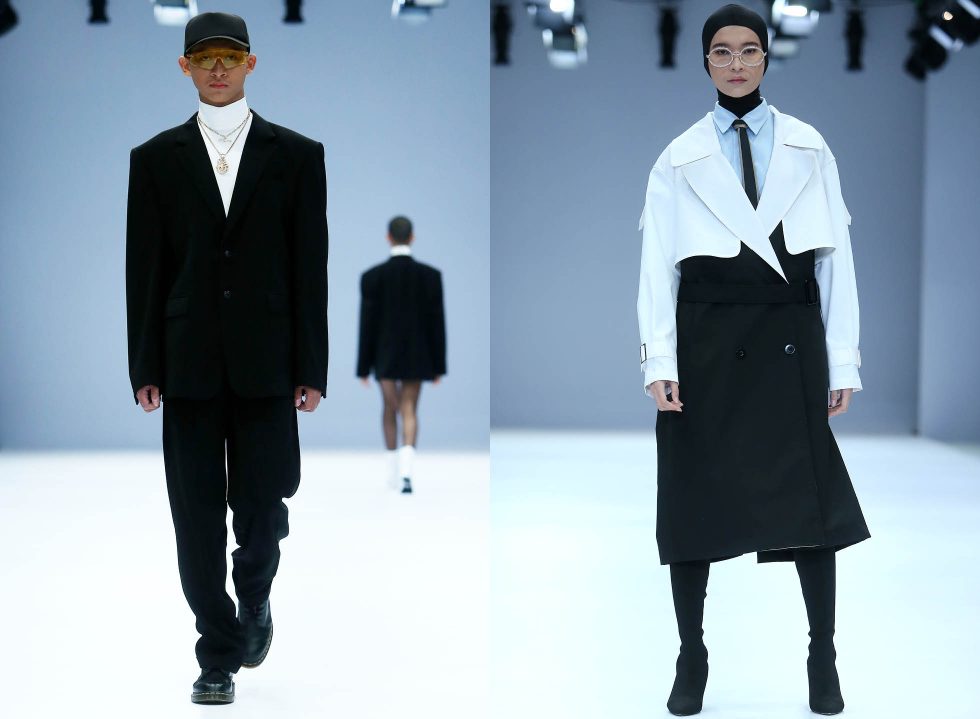 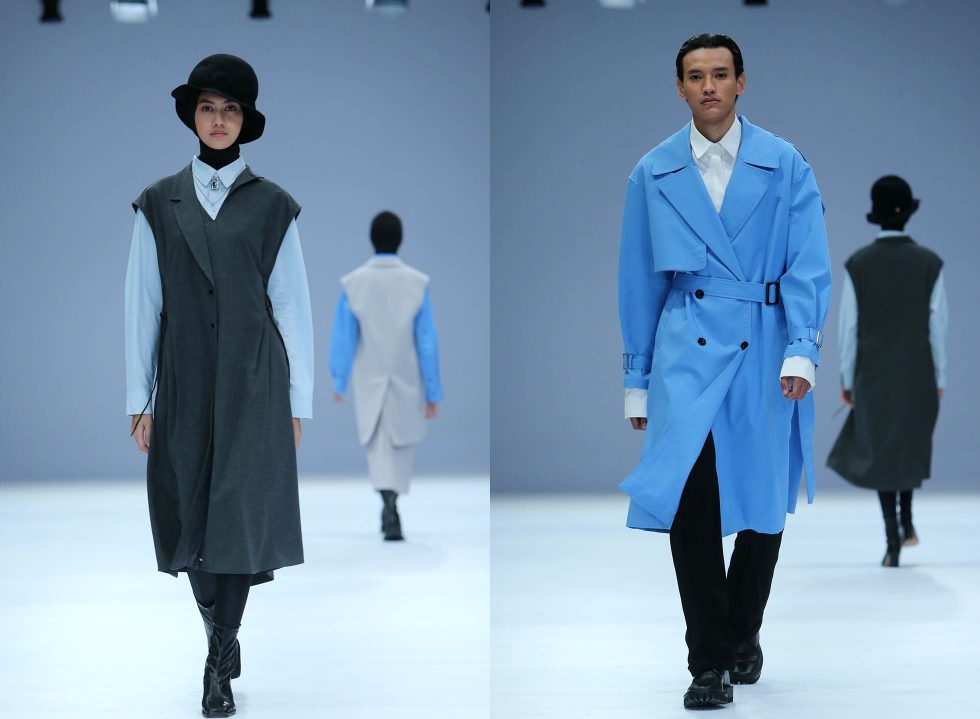 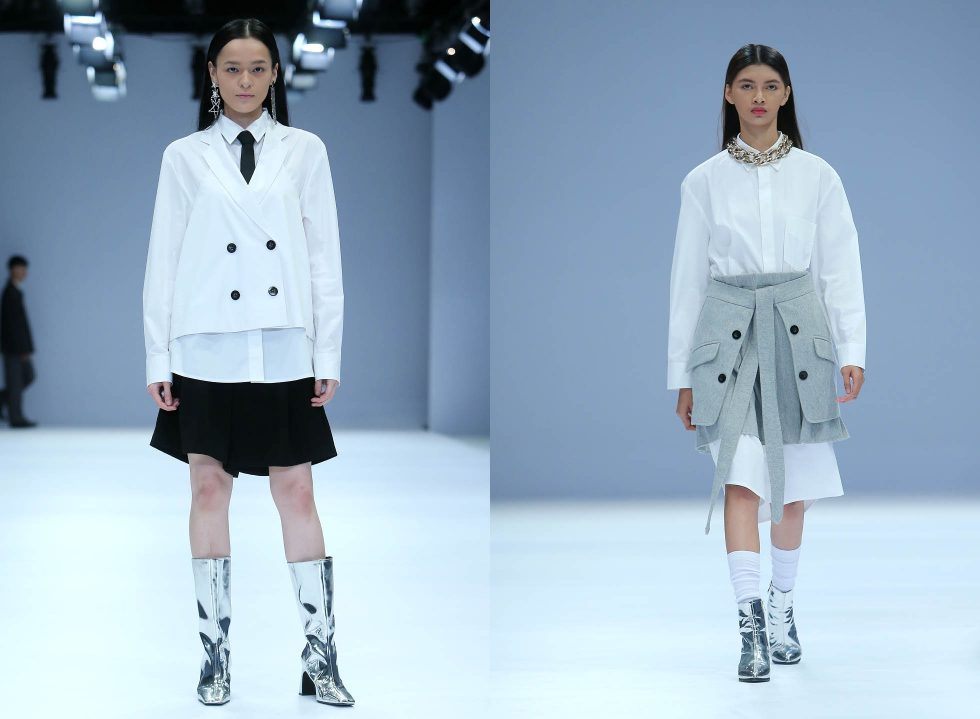 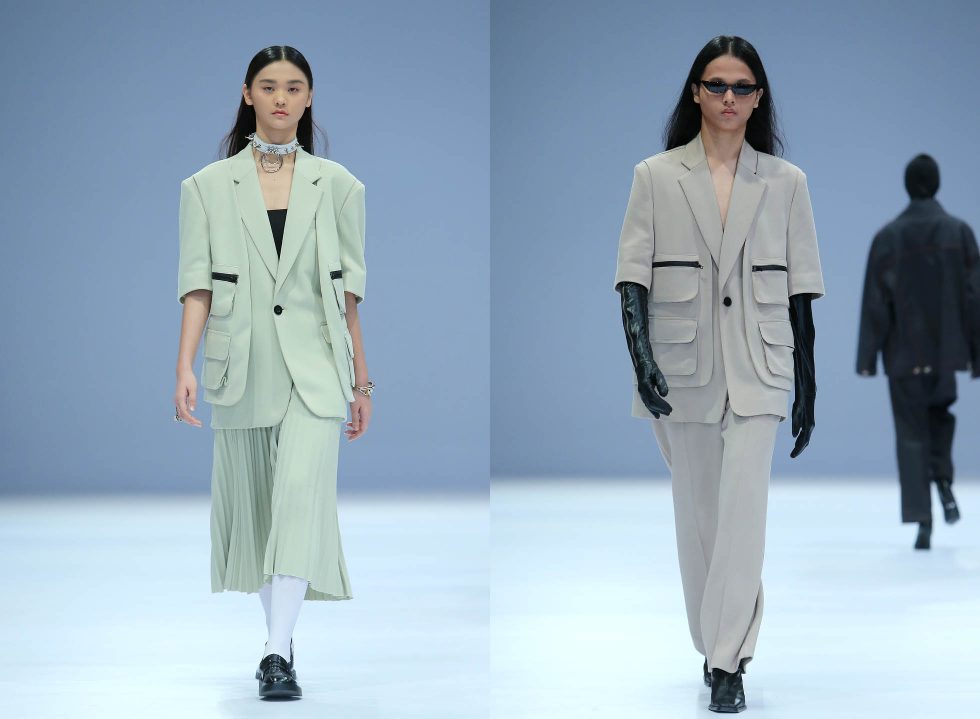 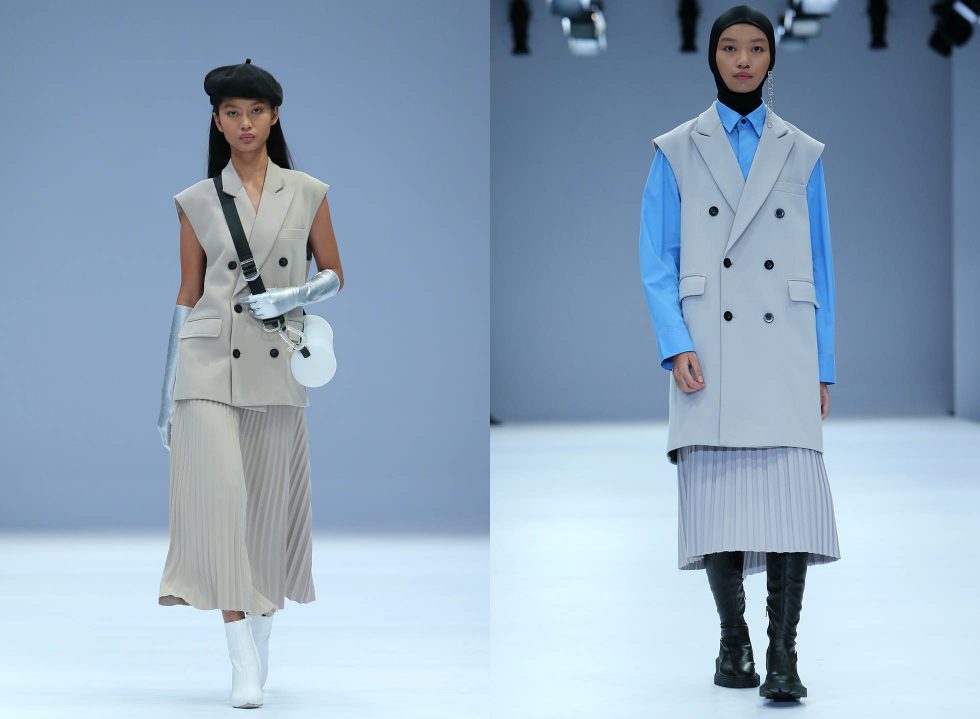 Share
It’s no surprise that Tities Sapoetra produced a very commercial, funky collection with Panasonic. Jenahara and Rani Hatta presented workwear. The former delivered its design rationale though it doesn’t look very current, while the reverse was true for the latter.

Since COVID-19, designers all around the world were forced to come up with new ways to present their collections. One takeaway was that audiences simply didn’t have the attention span to watch anything for more than 10 minutes unless they were incredibly engaging. Chanel, for example, is notorious for showing more than 100 looks. Their shows are 20 minutes on average, but they make up for it with mind-blowing sets (a rocket ship, a supermarket, icebergs, you name it). It is a test of endurance nevertheless.

So you can only imagine the feeling of watching the Tities Sapoetra show, 15 minutes long, which included singing and dancing performances, on a plain runway, with fewer exits. It’s tough—and draggy. As for the clothes, this was a product of collaboration between Panasonic and Tities Sapoetra. Visually, the collection had plenty of geometric, maze-like, and colourful elements inspired by the Panasonic brand. Stylistically, clothes like these experienced their heyday in the early 2010s, with brands like KTZ and Mary Kantrantzou on the rise. There are plenty of people who like to dress funky, and equally, there should be more flattering clothes for them. Tities Sapoetra’s offerings of black prints had potential if they were put on better silhouettes. It’s not easy to get right.

Jenahara’s show, titled “Academia”, made it work. Sort of. Designer Nanida Jenahara cited riding and school uniforms as inspiration, even quoting The Umbrella Academy and Gossip Girl. Her version is far edgier—it’s mostly black and white, structural above the torso, and fluid under it. There were even asymmetrical pieces. These mix-and-match garments were intended to be timeless but there were a couple of things to contest that. Then again, fashion, in essence, regurgitates various periods to make something new.

This wasn’t written in the show notes, but The Middle Ages met the Soviet Union. The show’s melodramatic entrance was set to Russian composer Sergei Prokiev’s “Dance of the Knights”, and Jenahara used Ushanka hats for headgear, albeit with the aesthetical addition of chains. The latter was originally used by Norwegian arctic explorers but became synonymous with the Red Army when it adopted the hat as part of its military uniforms. Meanwhile, the use of the letter J is reminiscent of the Letterman sweaters which were popular amongst the Ivy League in the 1950s, with the school’s first letter in the centre. But it’s also reminiscent of the golden age of 00s fashion, with brands like Juicy Couture emulating royalty.

Meanwhile, Rani Hatta’s collection was the most current by far. However, there was one issue. “Inspired by desert soldiers, this collection offers a softer look compared to previous collections,” reads Rani Hatta’s press release for this season. But one has to look at the clothes and then ask: what desert soldier is she talking about? To an average viewer, images of troops Iraq, Afghanistan, Palestine come to mind, or to be more pop, Call of Duty, i.e. guns, camouflage prints, helmets, heavy-duty technical features. None of those things was presented in the collection. There were balaclavas and gloves, boots and minutely ripped stockings, berets, and sunglasses accessorising what are predominantly contemporary workwear looks. But does it say desert soldier? Absolutely not. Although, there were a few looks that were safari-esque that could fit the theme.

The collection is really simple, and finally something more high fashion than previous presentations. At first, the silhouettes were strong but became less flattering towards the end. Overall Rani Hatta’s look is strong, only falling short in styling because it lacked consistency. The gloves were cool, very 90s Helmut Lang. The baby blue garments were really nice, especially a particular men’s coat. Here’s a case where the inspiration is so re-packaged to the point where the source disappears without a trace. Let’s not forget, part of the success of a collection is also judged by what the designer puts in ink.