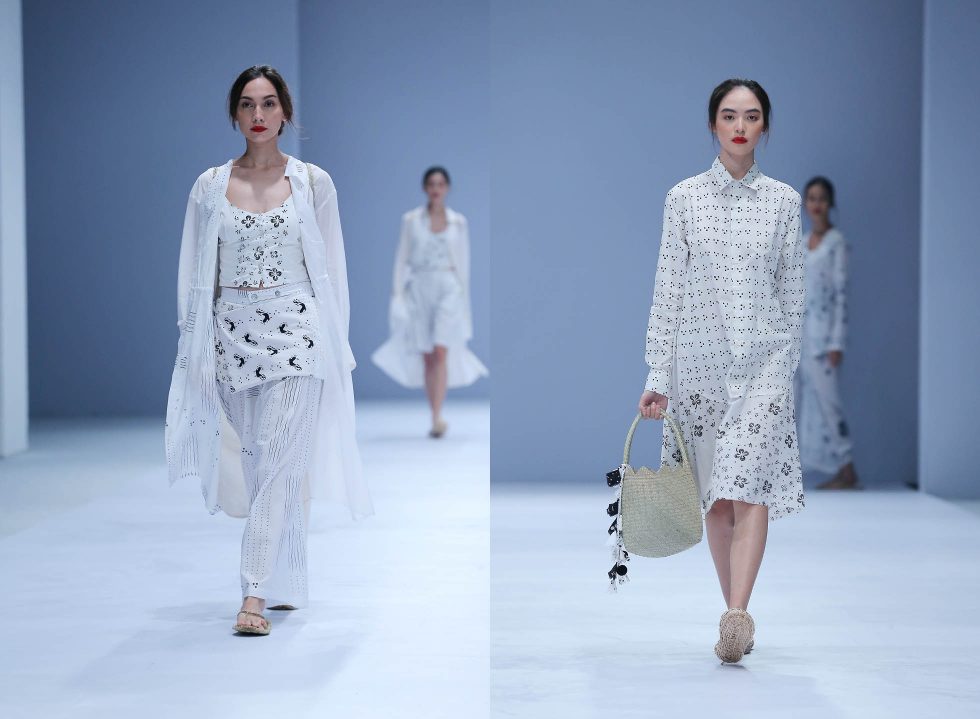 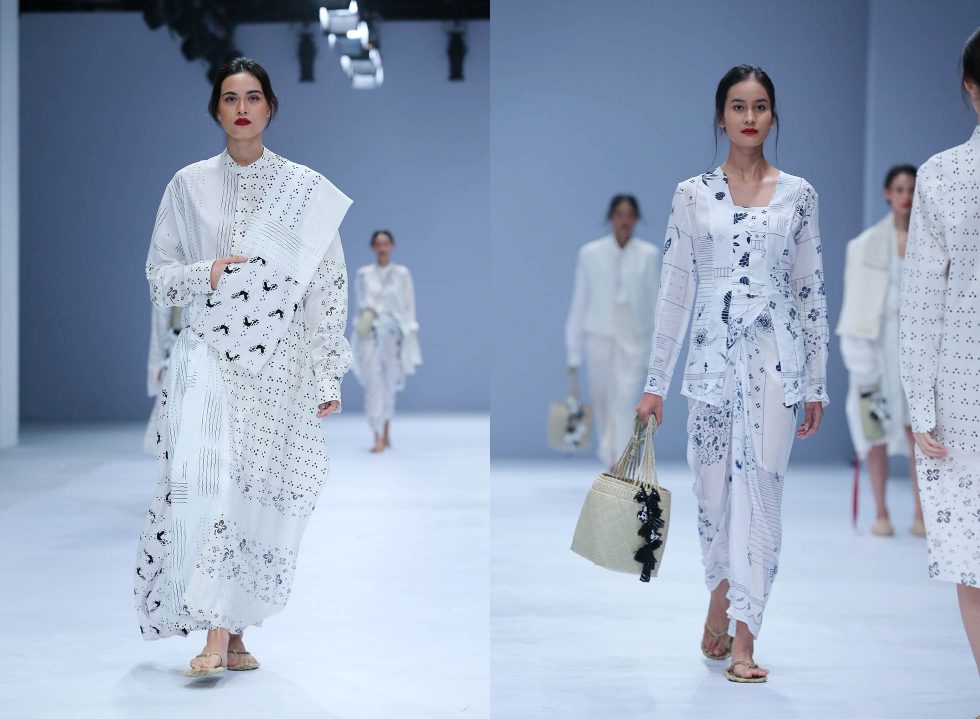 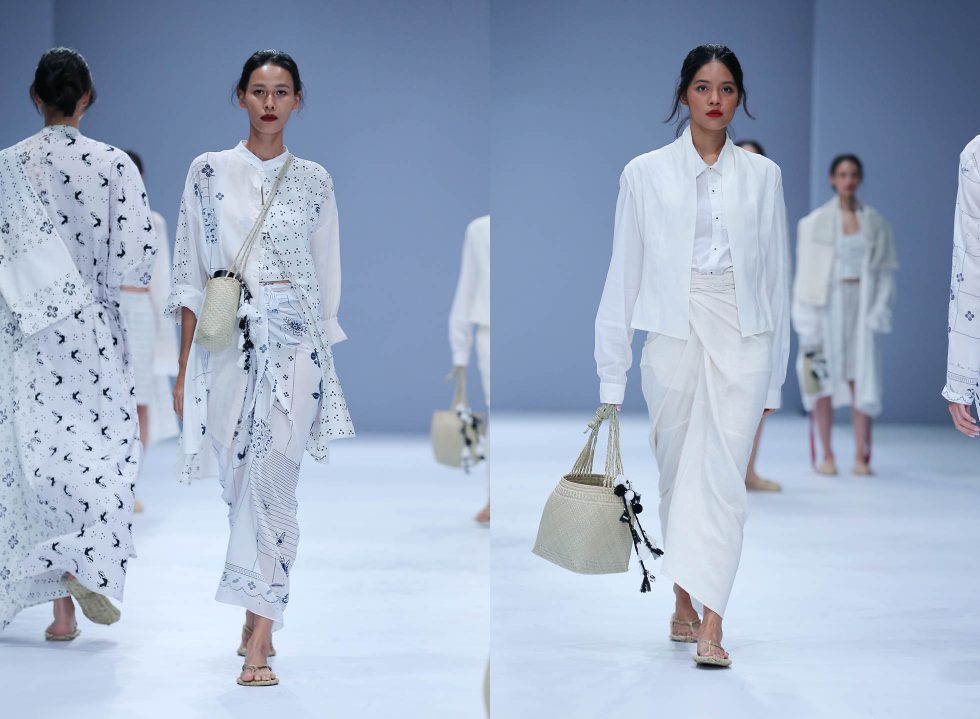 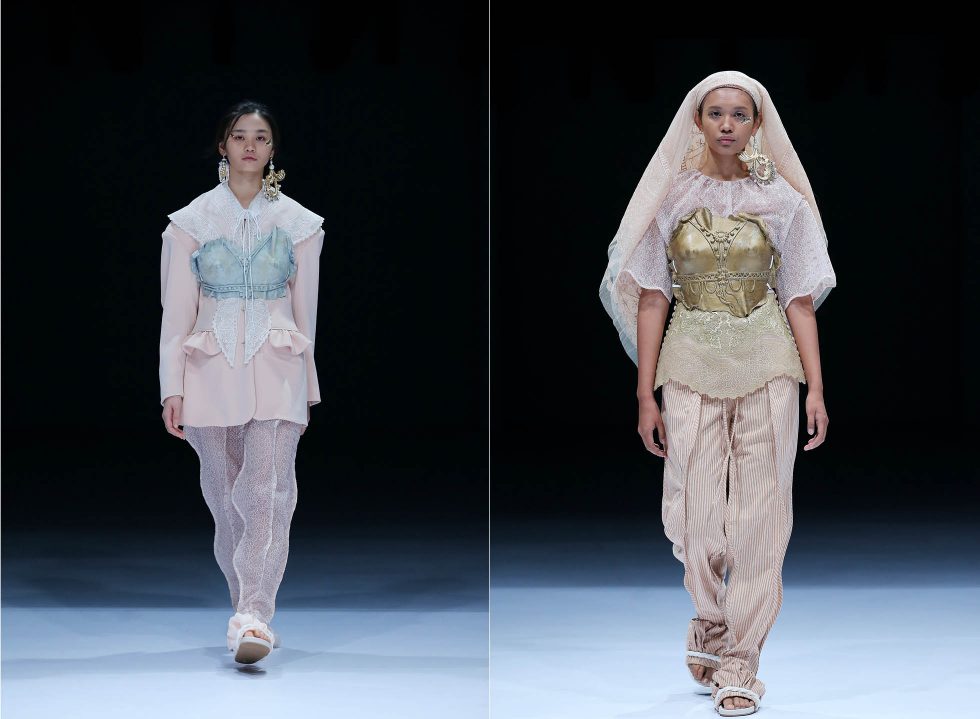 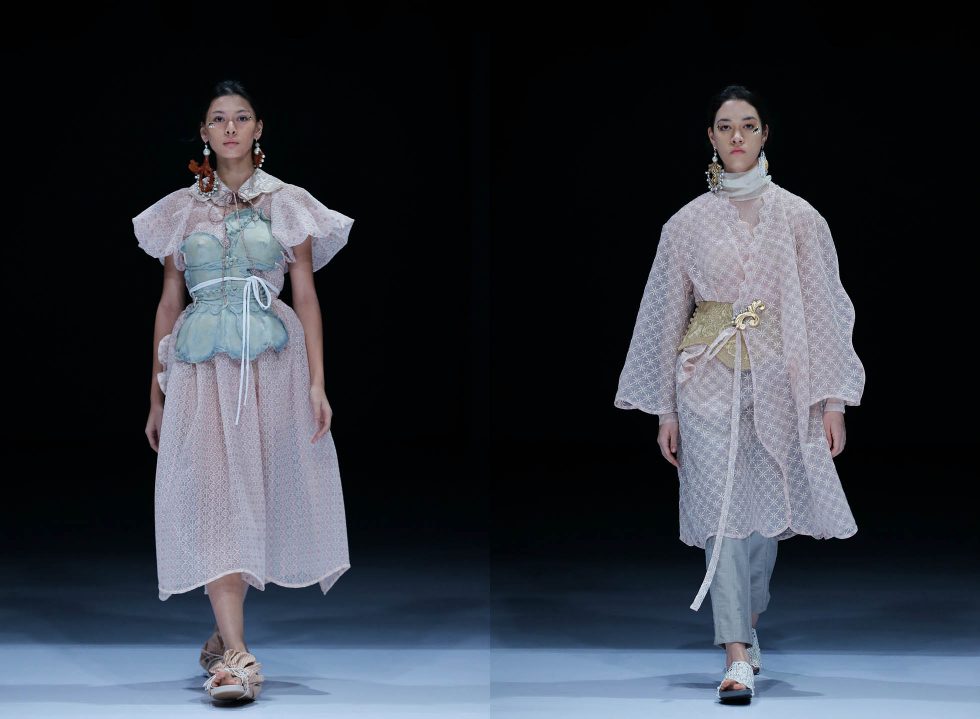 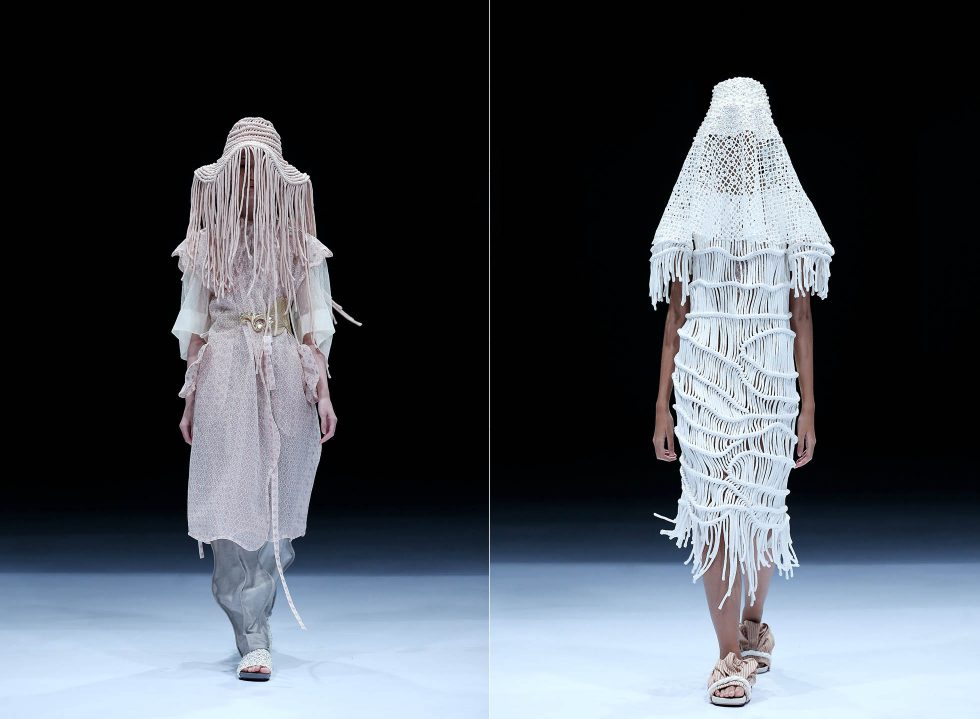 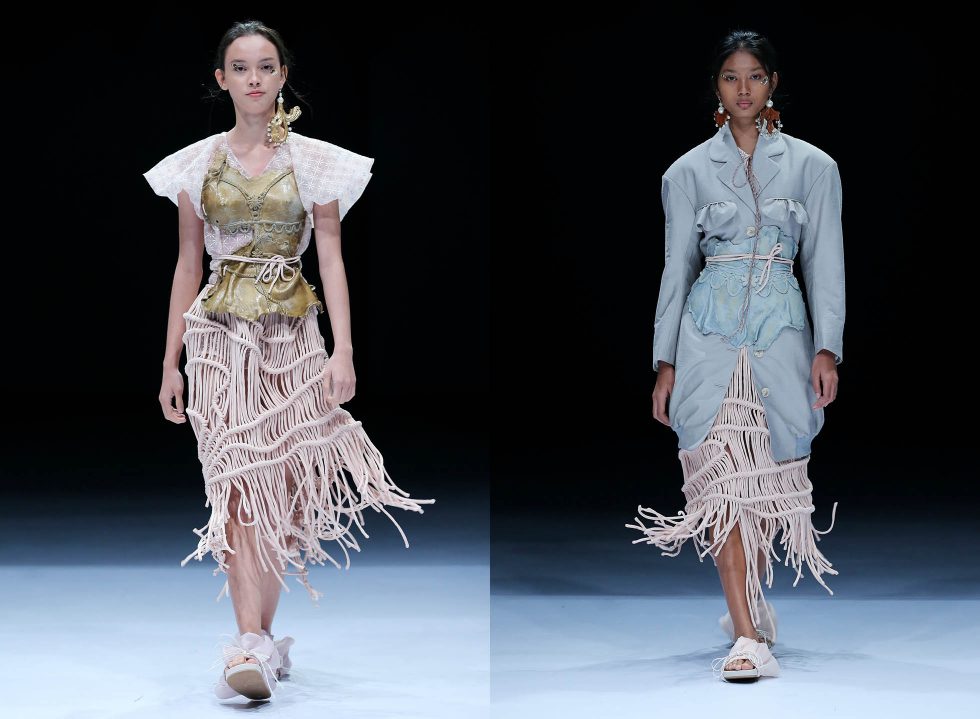 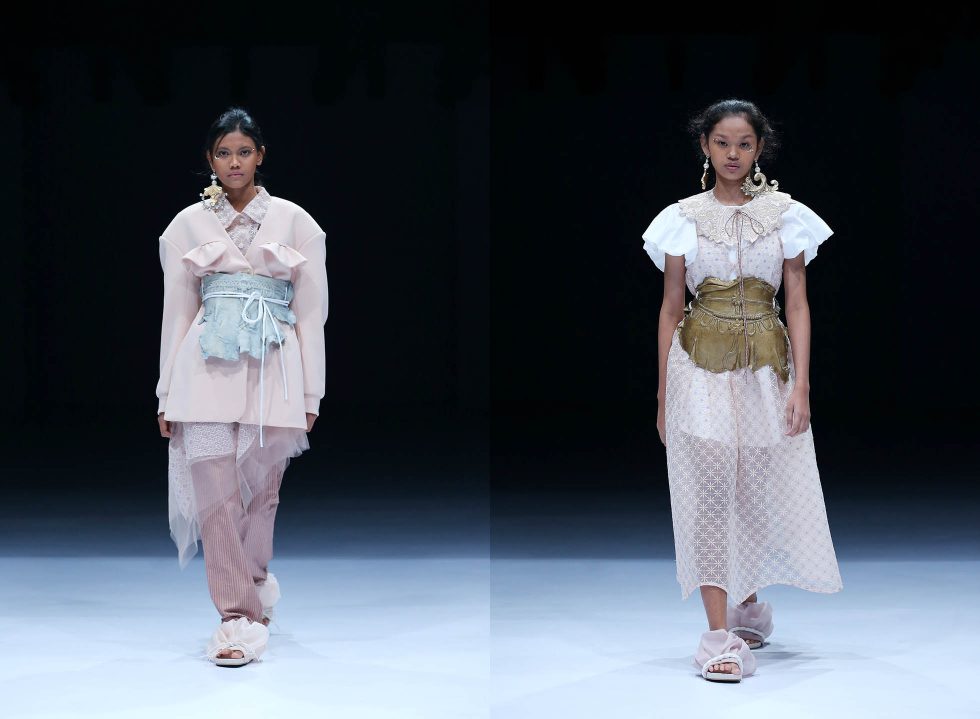 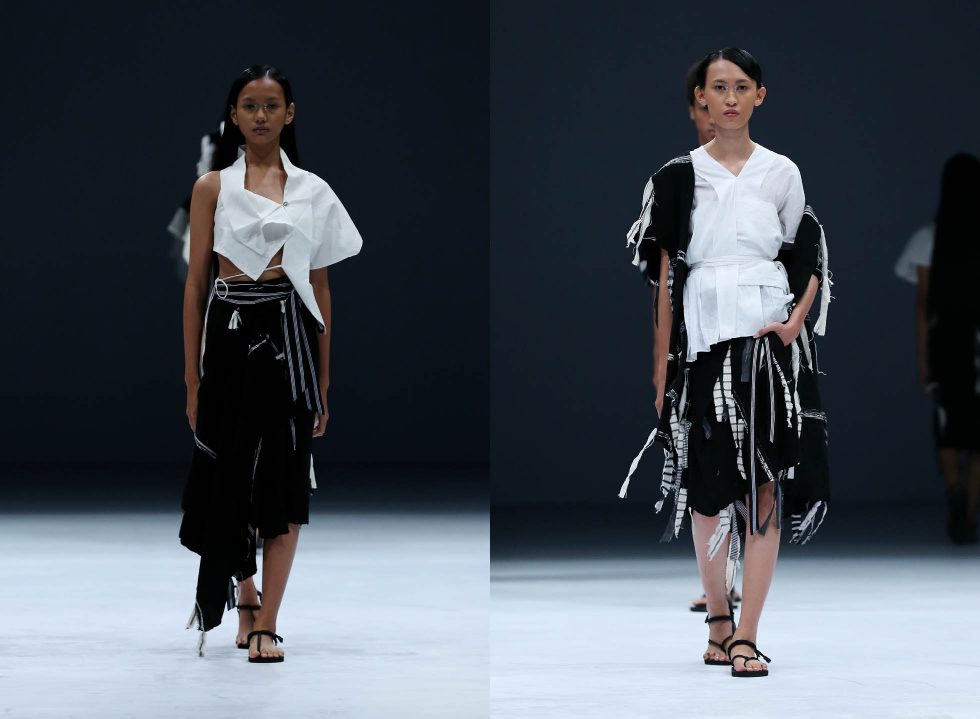 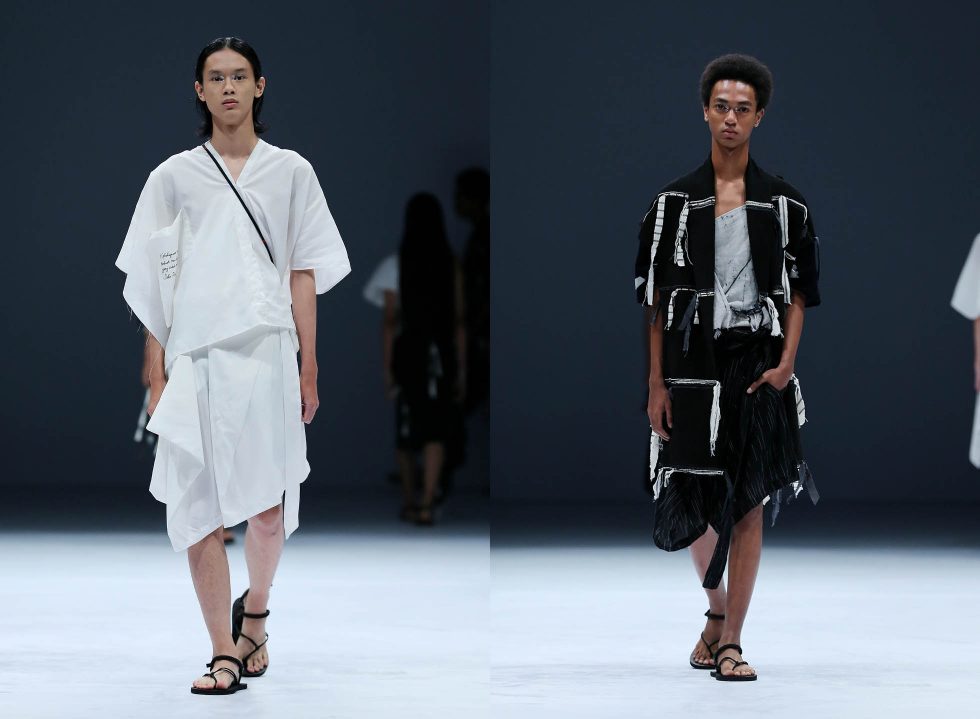 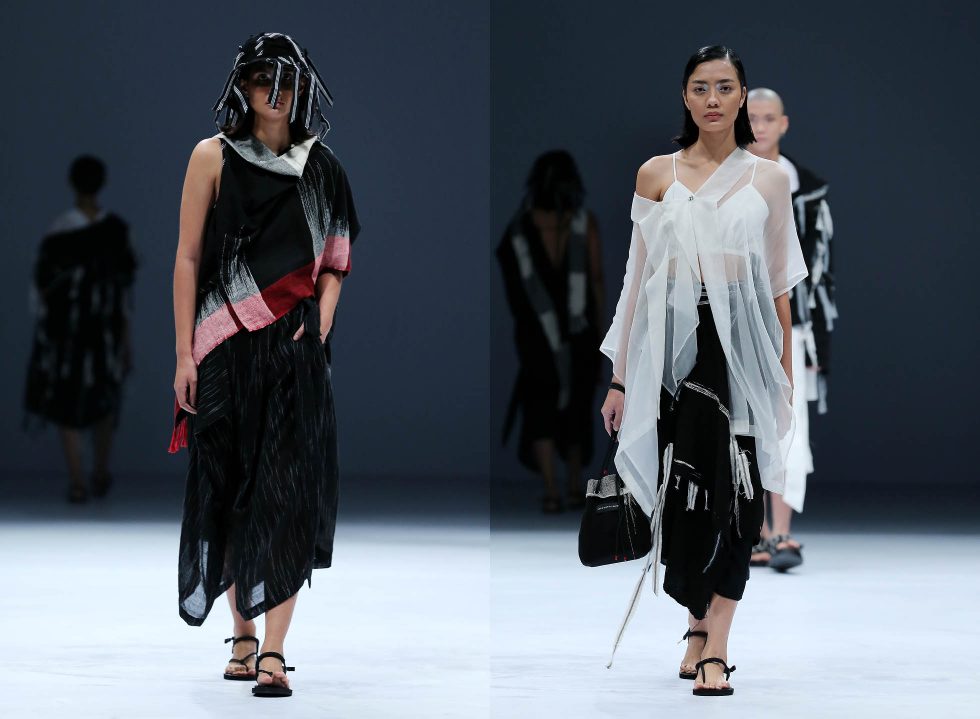 Although it’s a relief to be experiencing Jakarta Fashion Week through the screen, it did feel odd to be watching the Dewi Fashion Knight show without the hubbub of laughter and chatter. Gone are the front row VIPs and celebrities, guests elbowing each other to get the best seat and exasperated ushers trying to handle the situation without bruising inflated ego. Truthfully, fashion week is no fun unless you’re rich and famous.

In any case, the absence of commotion did make for better viewing of the collections. This year, the duty was bestowed upon Sejauh Mata Memandang, TOTON and Lulu Lutfi Labibi, with each delivering a strong collection that, upon further contemplation, revealed an underlying message to take home.

Chitra Subyakto of Sejauh Mata Memandang presented the collection through the medium of a runway film where models sauntered down against the backdrop of gigantic machinery and bundles of fabric waste, awaiting the second lease of life in the workshop. The collection was put together using recycled fabrics from Pable Indonesia and deadstock from previous seasons.

While the central message of sustainability and circular economy can be a heavy topic to digest, Chitra kept it light and straightforward with her offerings. She focused on separates, long sleeve shirts, pants, wrap skirts and scarf that can be fashioned into a sling bag, allowing one to dress up or down when necessary.

The soundtrack, filled with the repetitive sound of machine clicking and clacking away, was hypnotising as it is comforting. The film was compelling, given that there are not many looks, and the usual runway format would not suffice. It was also engaging because it allows viewers a glimpse of what’s going on behind the door: that the real work involved in fashion is rarely glamorous.

Since the start, Toton Januar has always been motivated in reinterpreting the nation’s bountiful traditional customs and cultures for the contemporary audience. In essence, the collection didn’t steer too far away from what he has offered in the past. But leave it to Toton to keep things fresh and exciting. To wit, the macrame skirt, which will remind fans of S/S16, has evolved and felt freer as if unconstrained by the rule of symmetry.

But the collection is elevated further by the paper clay breastplates that were inspired by ancient statues from the nation’s Hindu and Buddhist civilisations. Again, Toton is not concerned with symmetry. The breastplates were irregular as if the women have just returned from a battle. Such a gesture is stimulating because it subliminally illustrated that the women of TOTON are not passive and they would rather take their fates into their own hands than submit to it.

Lulu Lutfi Labibi took on an uncomplicated approach for his collection, imbued with meditative poems from Joko Pinurbo. Rather than typecasting the garments according to occasions that they were meant to serve, the designer’s approach was to liberate them from stereotype and expectations. Why carry the burden of hopes and desires onto the clothes that we put on our back?

To him, the deceptively simple white blouse or black asymmetrical patchwork shirt can be worn to work, afternoon tea, meditation and even wedding. Because why not? Isn’t liberating ourselves from the current standards of dressing and systems the key to a life where we’ll learn to desire less? Alas, the collection offered more questions than answers.