Wandering Into the Other Side Experience - Manual Jakarta 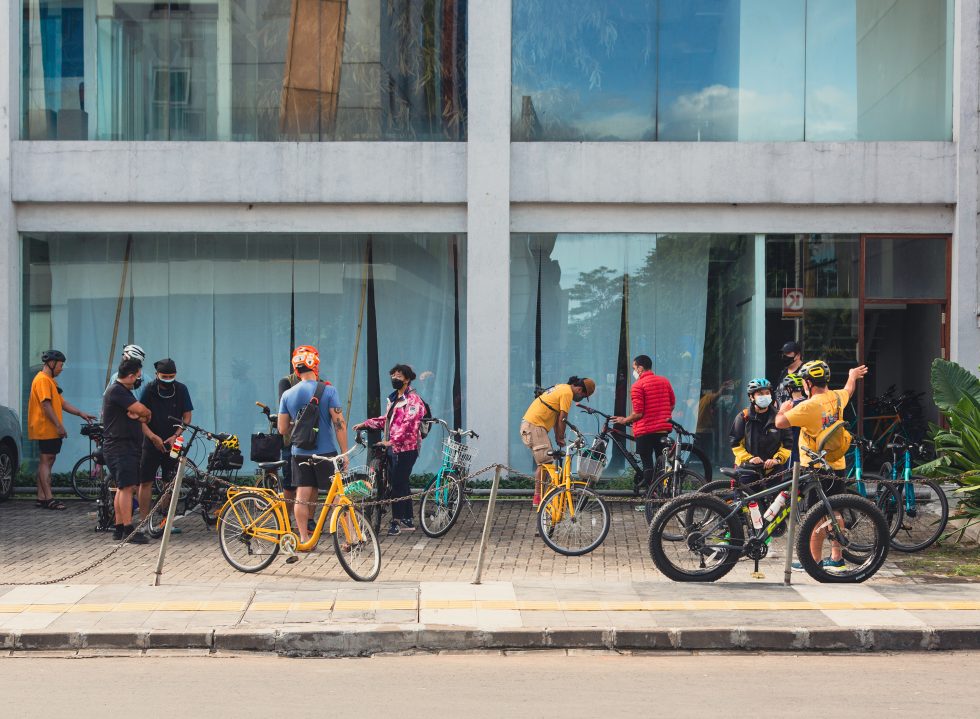 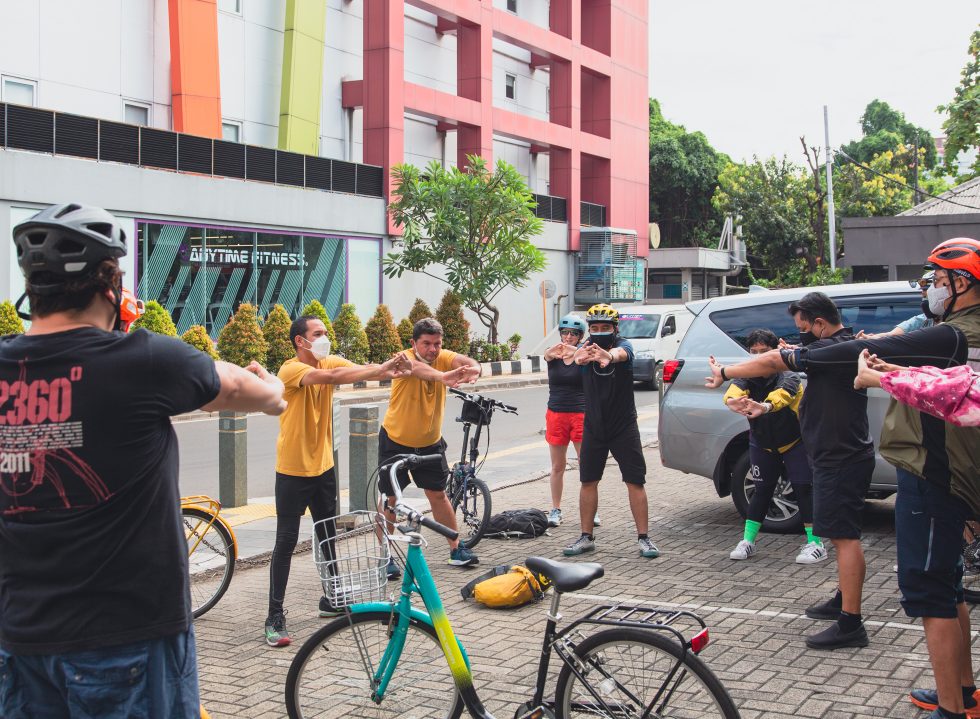 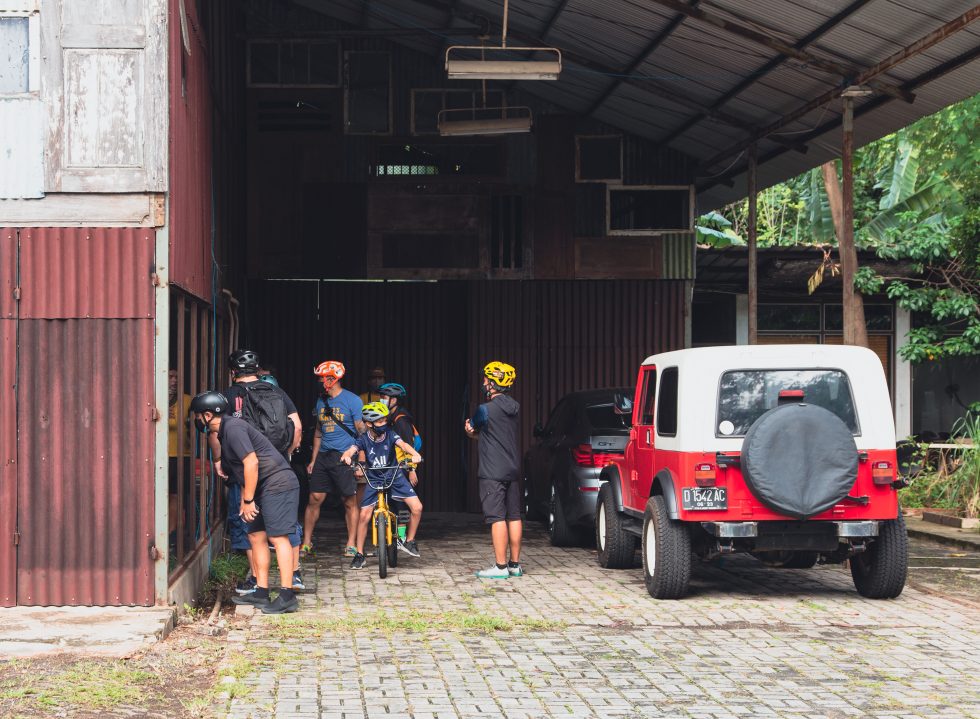 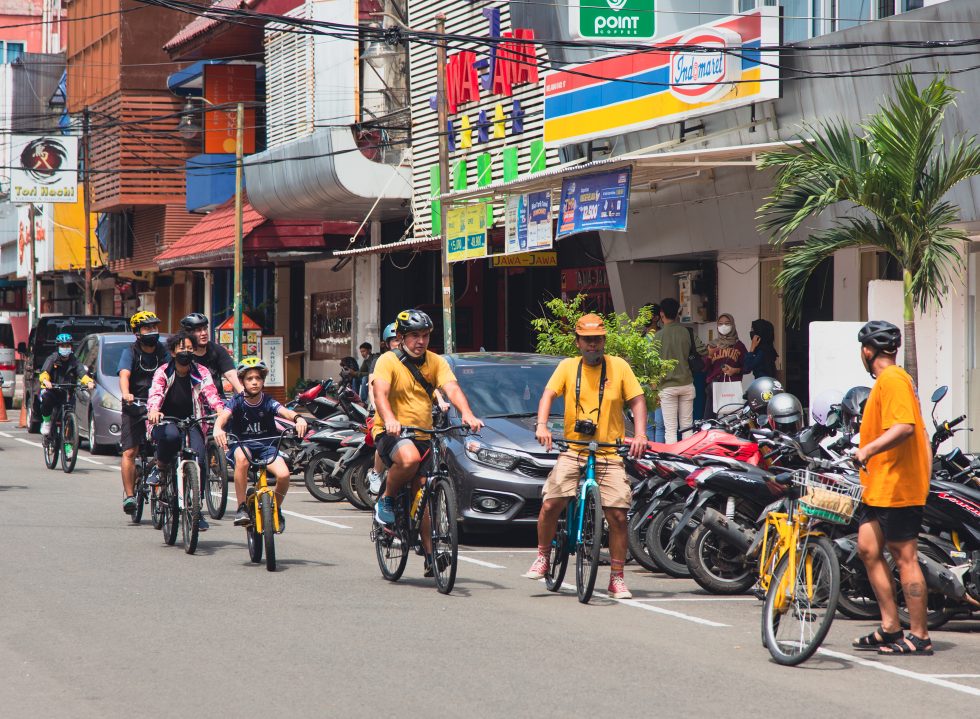 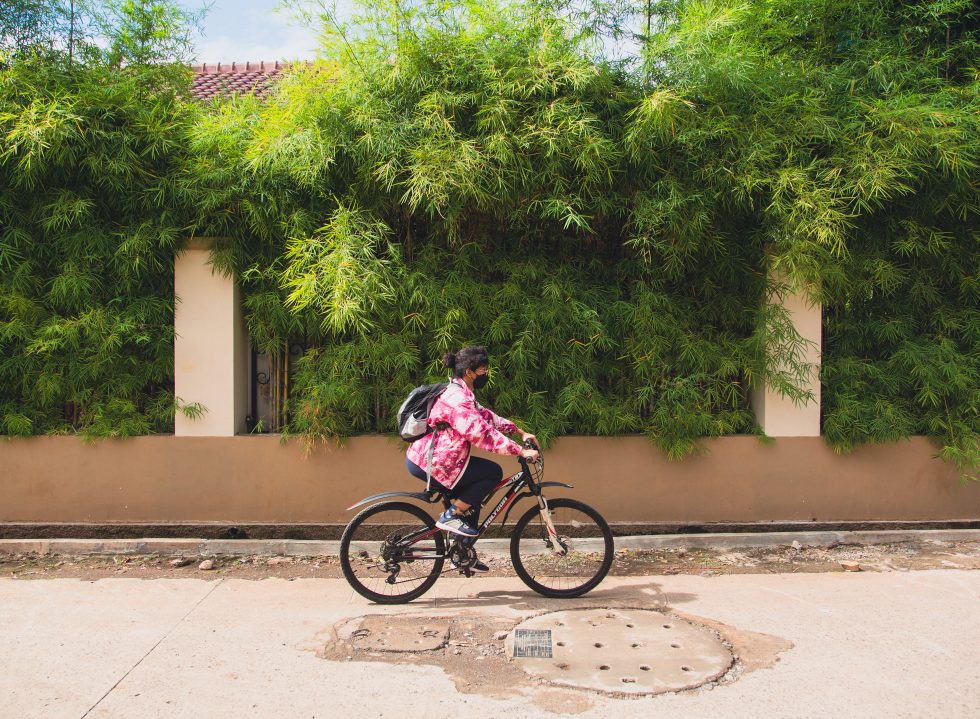 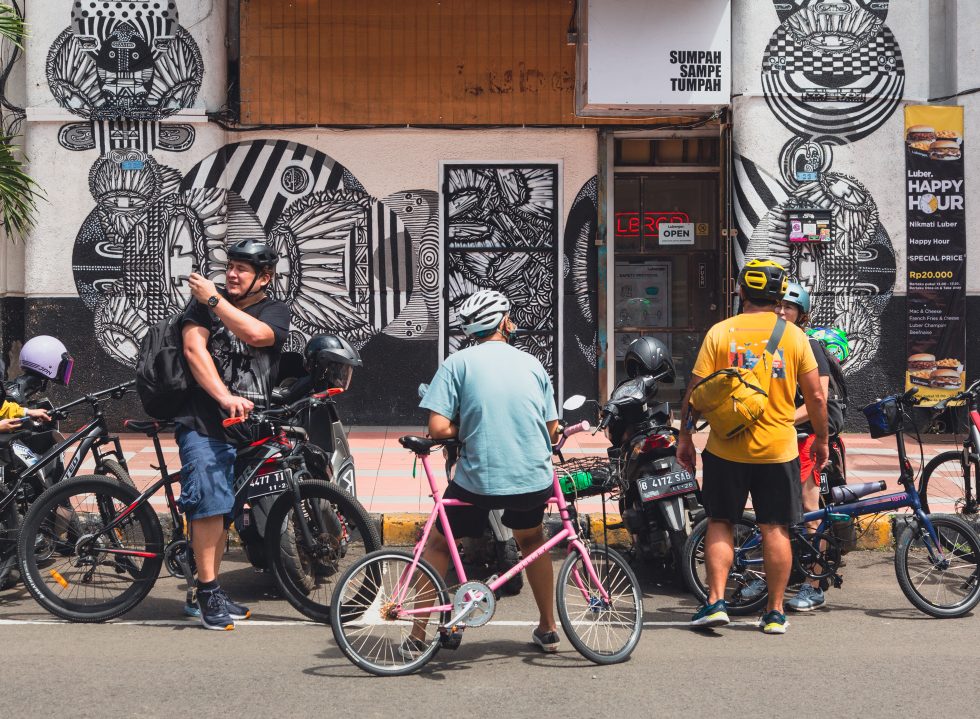 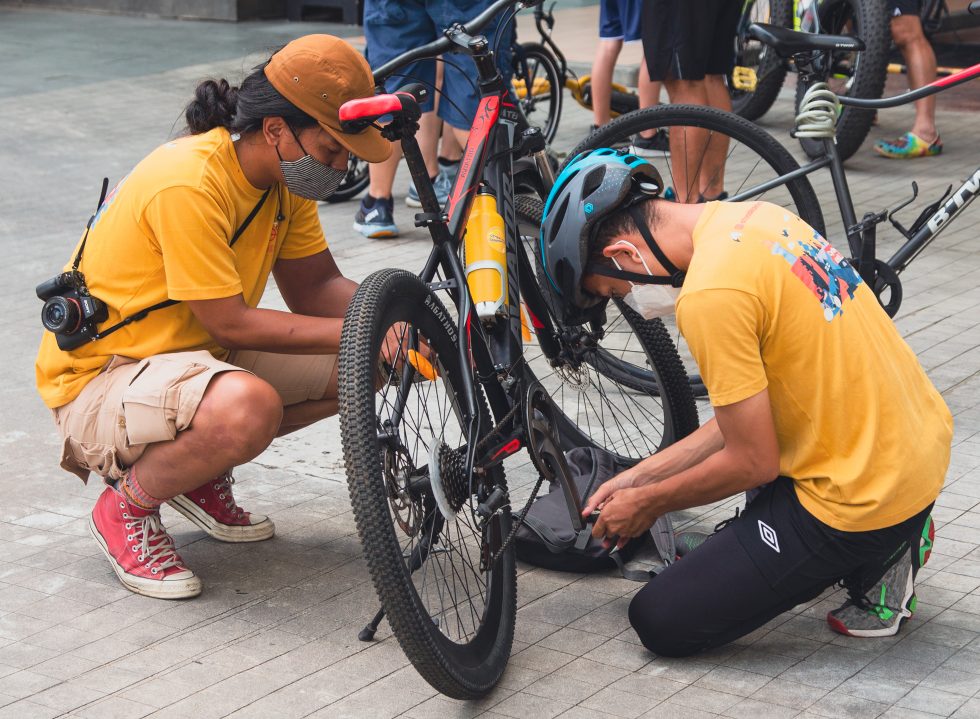 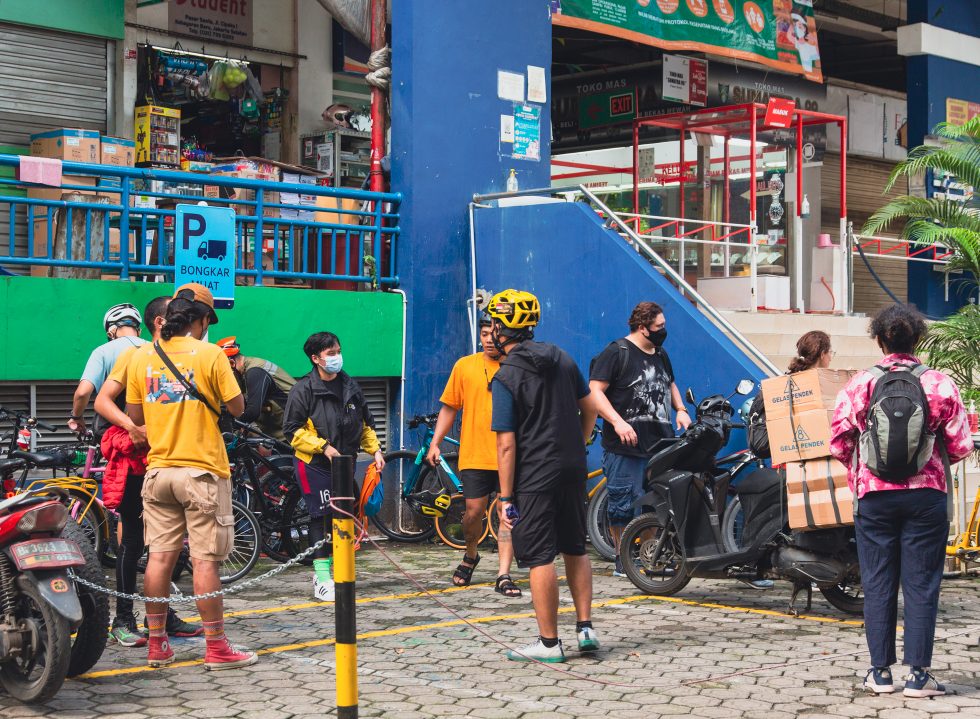 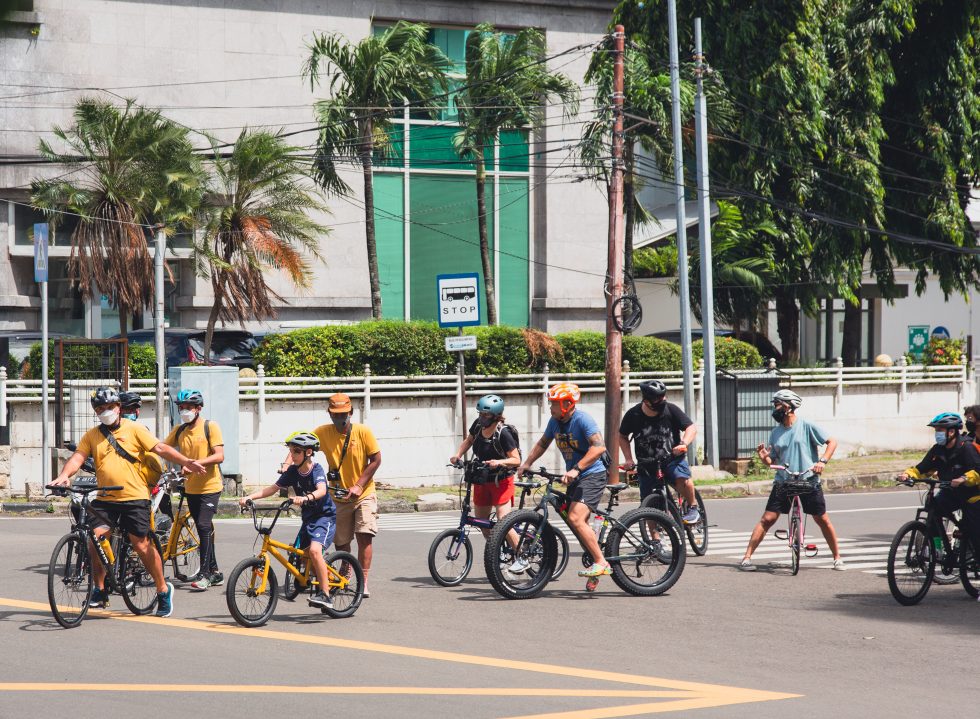 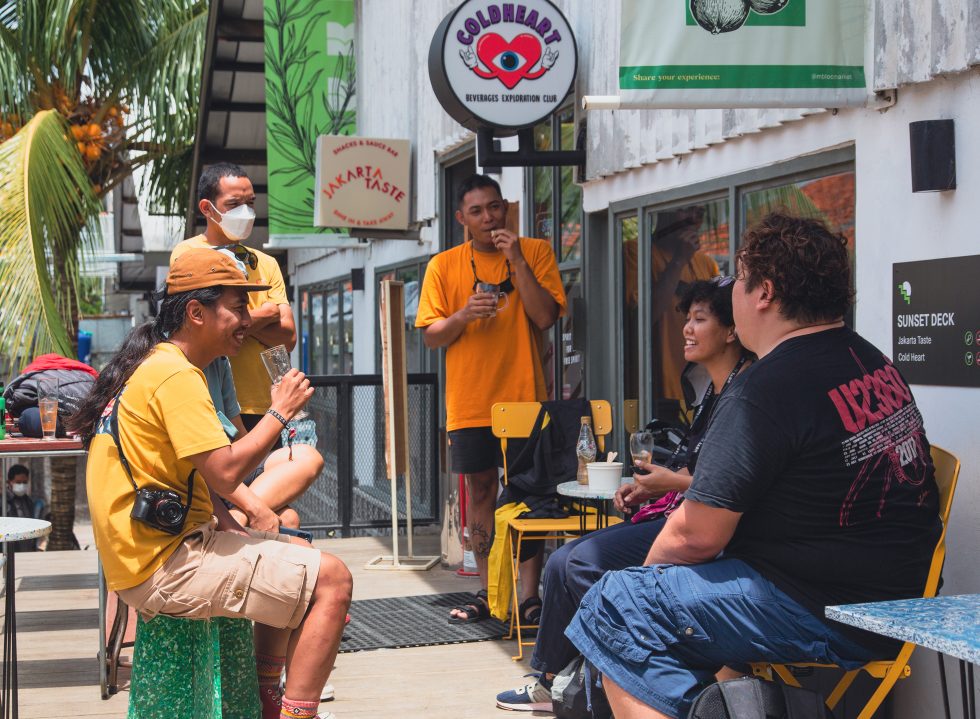 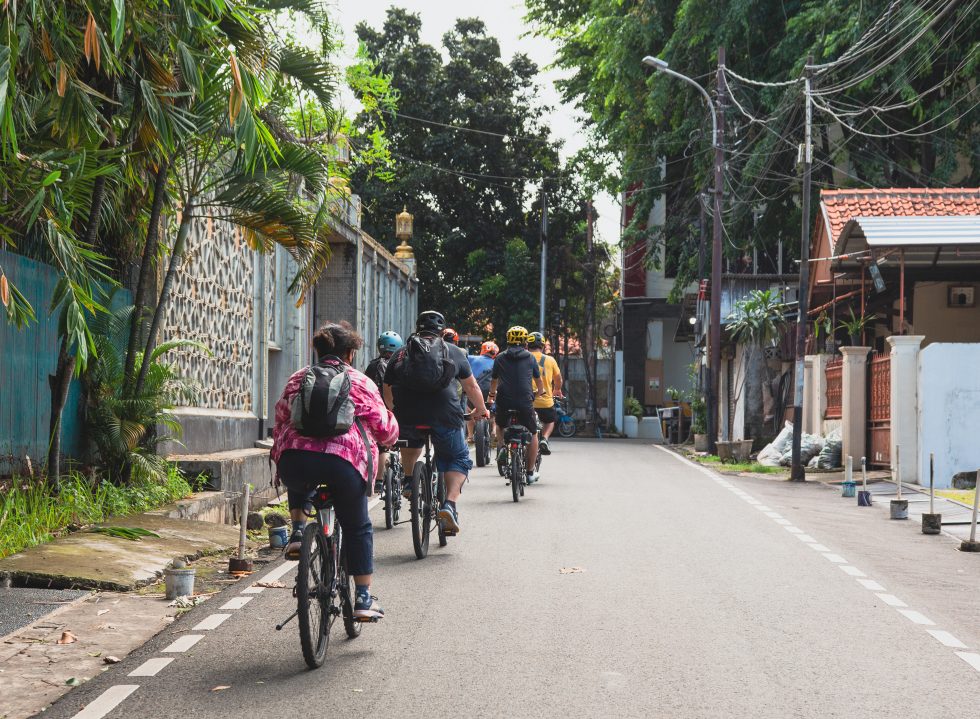 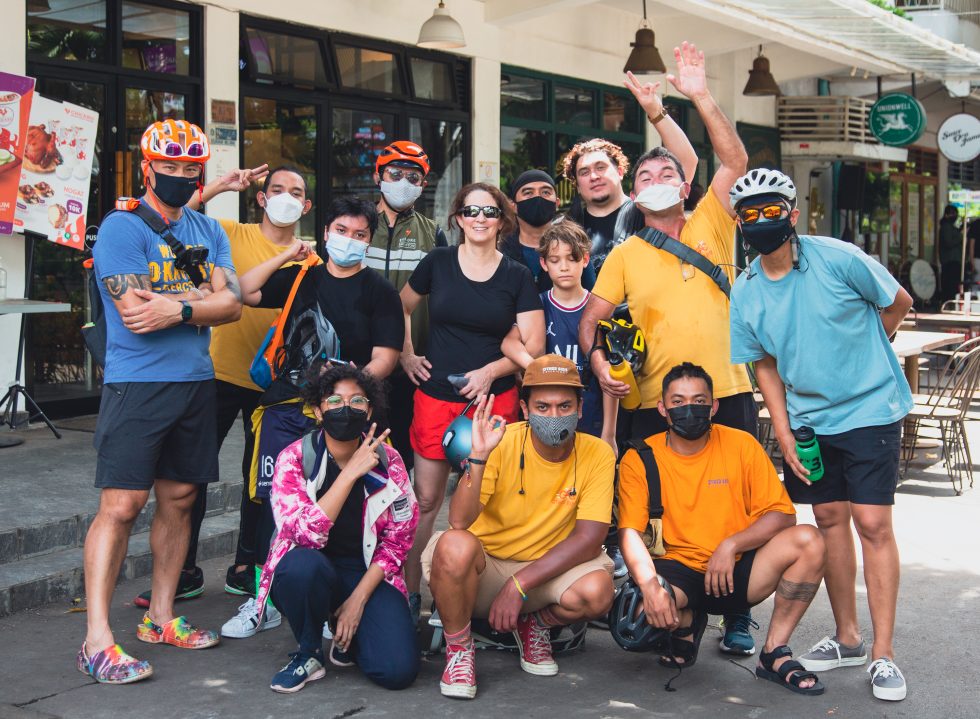 Wandering Into the Other Side Experience

Share
The merry crew of the Other Side Experience leads city-dwellers on tours across the capital, uncovering stories along the way for an animated bicycle ride through its nooks and crannies.

“Always take my words with a grain of salt. This is my show,” said Coworkinc co-founder Dian Hasan with cheer, cajoling the group that gathered under the shade of Wimo Building in Kemang last Saturday morning. The sun shone down gallantly as they readied themselves to embark on their bicycles. An assorted bunch, the group saw architects, foreign embassy staff, and even a witty 10-year-old boy gather for one shared mission: an adventurous ride around Blok M with the seasoned tour crew of the Other Side Experience (OSE).

Founded in 2017 as part of Coworkinc’s outreach, the Other Side Experience has been taking its international community on explorations across the city, even before the pandemic-triggered bike frenzy took shape. From South Jakarta hotspots like Kemang and Senopati all the way to PIK in the northside, the crew has unearthed secluded nooks and corners of the capital, sharing stories on their carefree rides.

With his inexhaustible supply of dad jokes, Dian leads the crew as a storyteller, occasionally providing backstories on spots of interest. Meanwhile, his millennial teammates—among them tour leader Egi, and marshals Dito and Jojo, whom Dian fondly refers to as his children—would pitch in their own experiences along the ride. After all, “I started this [Other Side Experience] with Mas Ary [Suryanto] to empower the urban youth,” explained Dian.

Their most recent tour of Blok M kicked off with a curious start. The first stop: an unmarked gate in a quiet neighbourhood to the north of Kemang. It turned out to be a private compound belonging to Felly Imransyah, whose bespoke establishments—which include Hotel Monopoli, Lucy in the Sky, and The Gunawarman—dot the city’s upscale scene. Dian led the tour into his garage as if it were a public exhibition, sharing tidbits about the owner’s collection of rare cars and bicycles.

The stop seemed so out of the ordinary that it might give one a pause, especially with Dian jokingly calling the crew “professional trespassers”—but rest assured and remember his warning in the beginning: take his words with a grain of salt. Random visits of this kind are to be expected from the OSE crew. Be it to admire architectures and establishments that embody the city’s history, or iconic street art by renowned artists like Bujangan Urban and Darbotz, the best thing to do is to relax and enjoy the ride.

Fun randomness aside, OSE fulfils the promise of its name: it brings participants to cross beyond the face of the city they’re accustomed to and into the other side. OSE routes consistently traverse the mazes of the city slums, or better referred to as urban kampung (meaning village), whose gentle hospitality and neighbourliness are reminiscent of local rural communities.

“In Indonesia, we have to be grateful. Our greatest treasure is our congenial nature, hence tourists feel at ease travelling through our urban kampungs,” told Dian. “Of course, we’re not here just to witness the reality of the existing social gap, but to build connections with the community and empower them in some way.”

On a slight detour towards Gandaria, participants got to witness efforts made by the local government and creative lab Gardu House to make an urban kampung more habitable for the community. One of the government’s initiatives is a community garden, planted to full lushness by the capable hands of local resident Bu Ningsih. Meanwhile, Gardu House livened up the neighbourhood through their initiative called Street Dealin, bringing together an international community of street artists to decorate the district’s tight alleyways.

As the sun reached its peak, the group found shelter within M Bloc Space and its air-conditioned rooms. While enjoying refreshments from Jakarta Taste and JUJUR Craft Soft Drinks, the group let loose and continued their halted conversations between stops in earnest, bantering over corny riddles (“Why is 6 afraid of 7?”), sharing life experiences (“I once met this girl from Quebec…”), and even brushing gently on heavy topics (“Yeah, they’re like, imperialists.”).

The adventurous ride coupled with the crew’s lightheartedness made quick friends out of the multinational bunch. A mission accomplished for the community outreach effort, which is especially favourable for expatriates but also a lovely boon for city natives. Even through the sweltering heat and off-beat pit stops, one might feel the desire to hop back on the saddle immediately, for the tour’s rich experience calls for another journey back to the other side.

For more information and tour bookings, refer to Other Side Experience’s Instagram.