Wake Up and Smell the Coffee with Doddy Samsura - Manual Jakarta 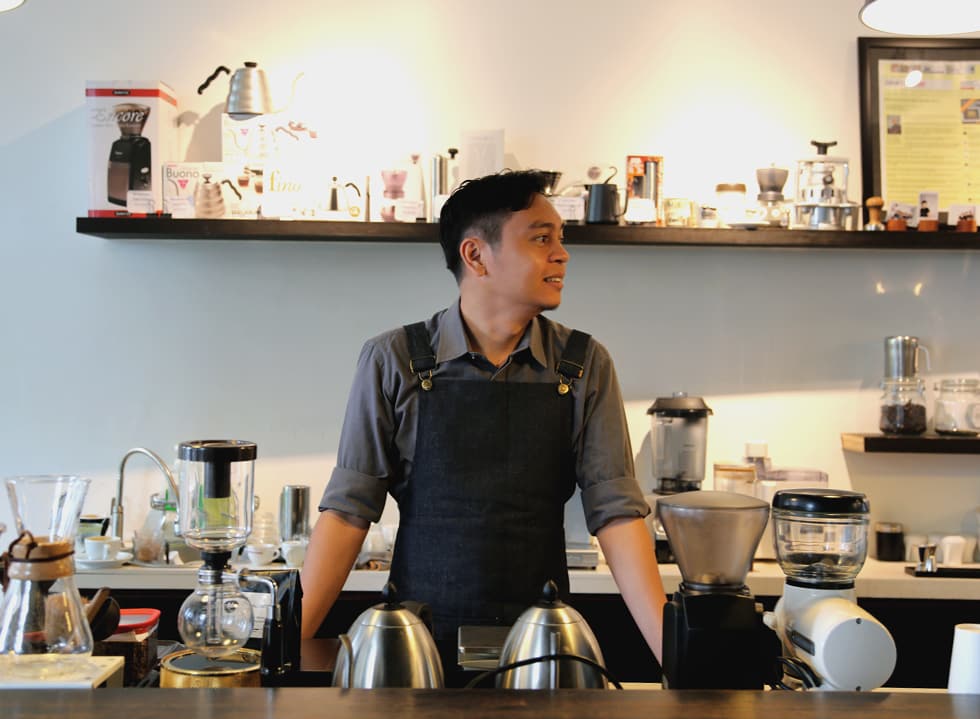 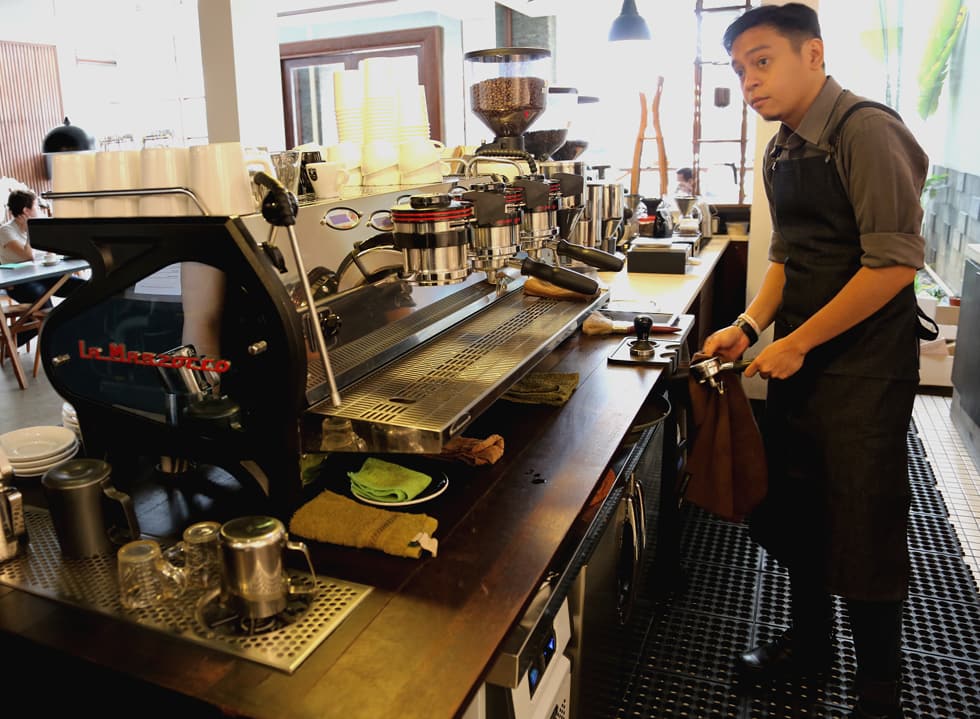 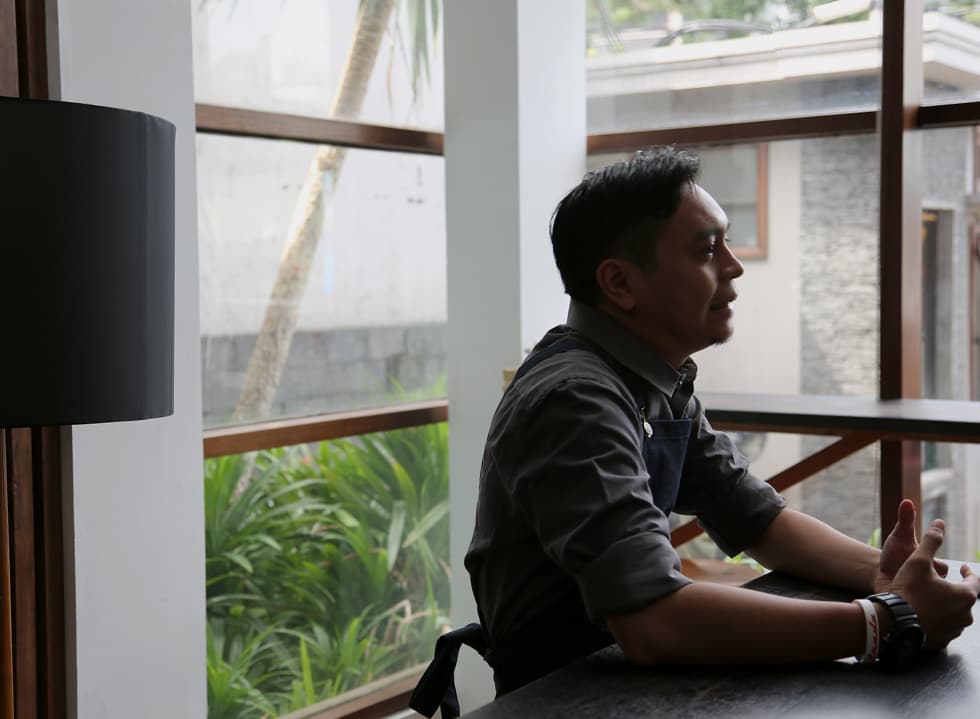 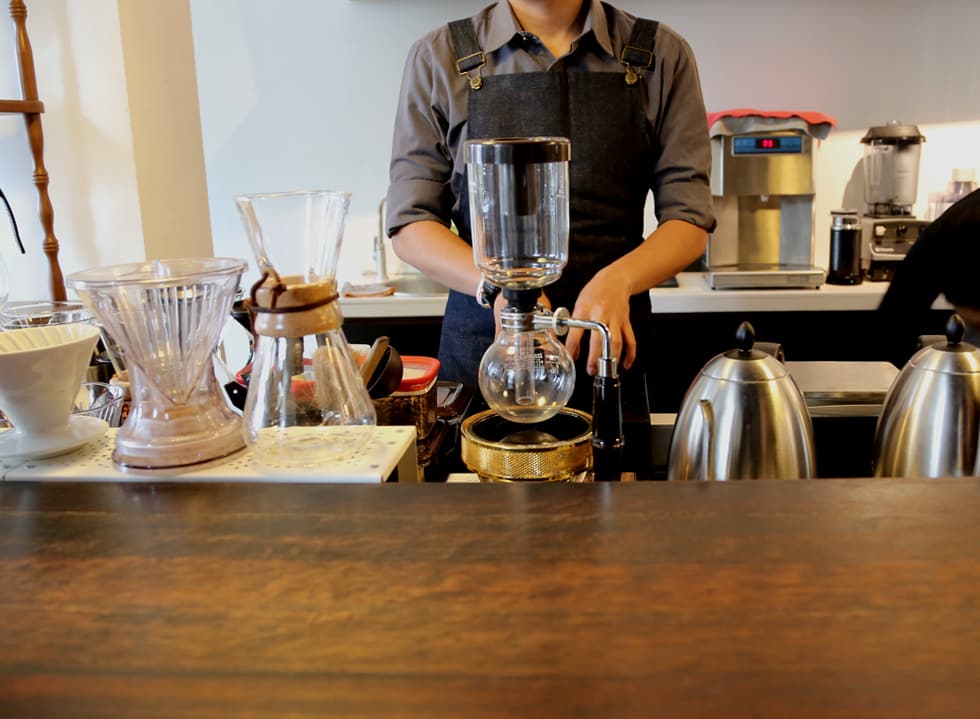 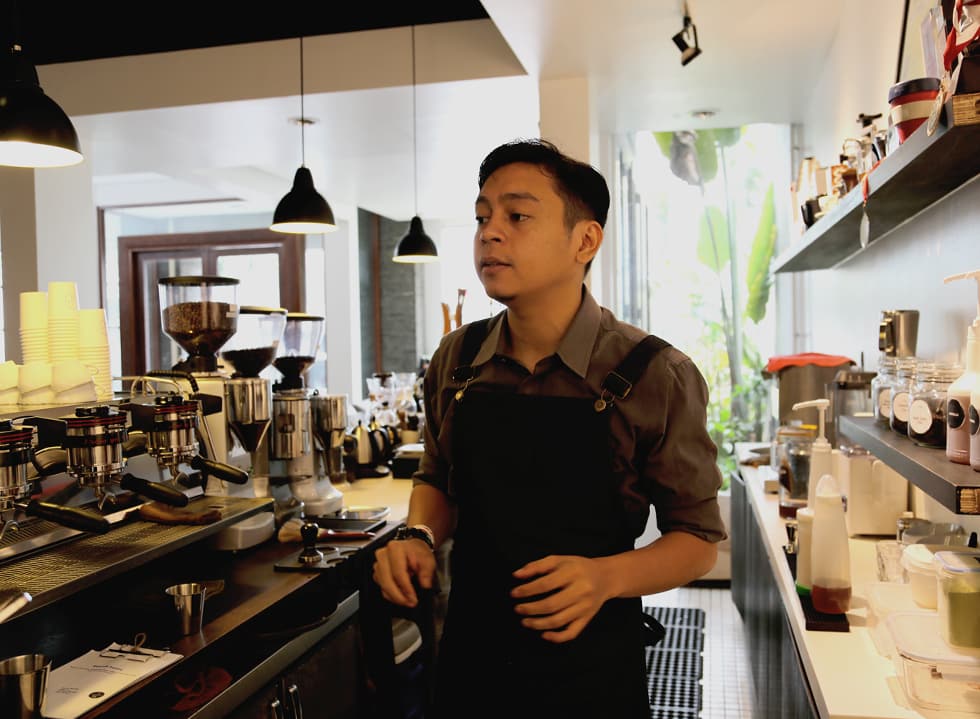 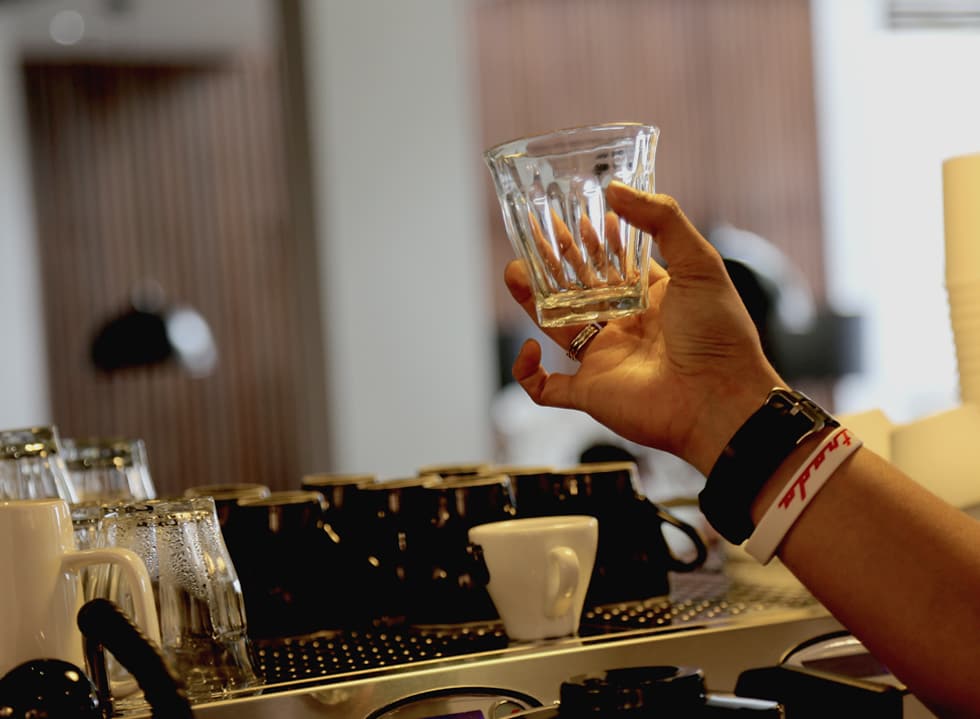 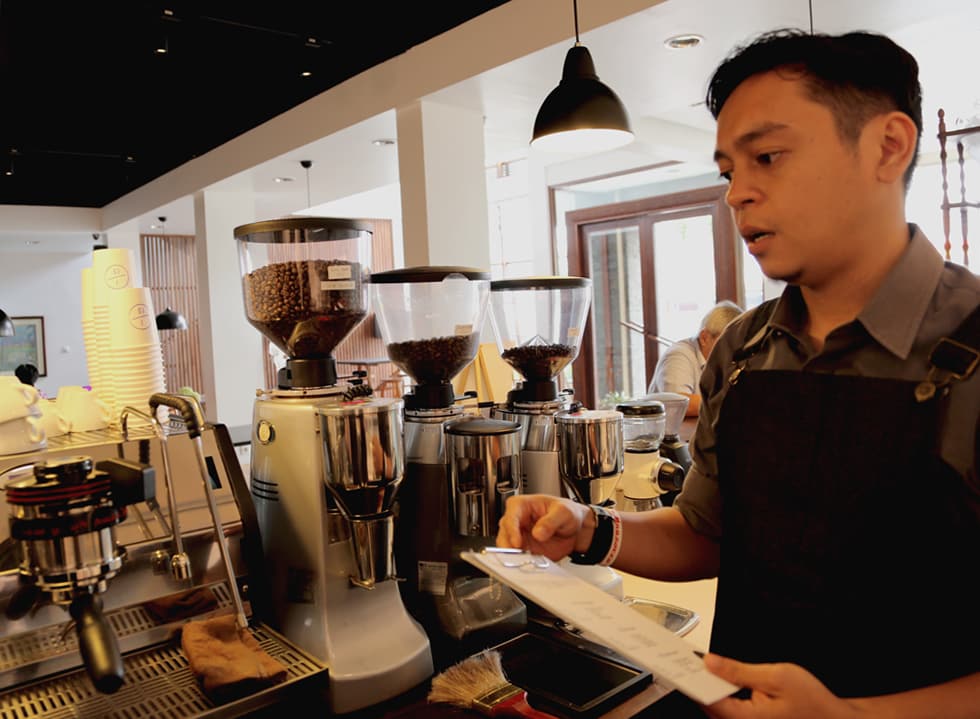 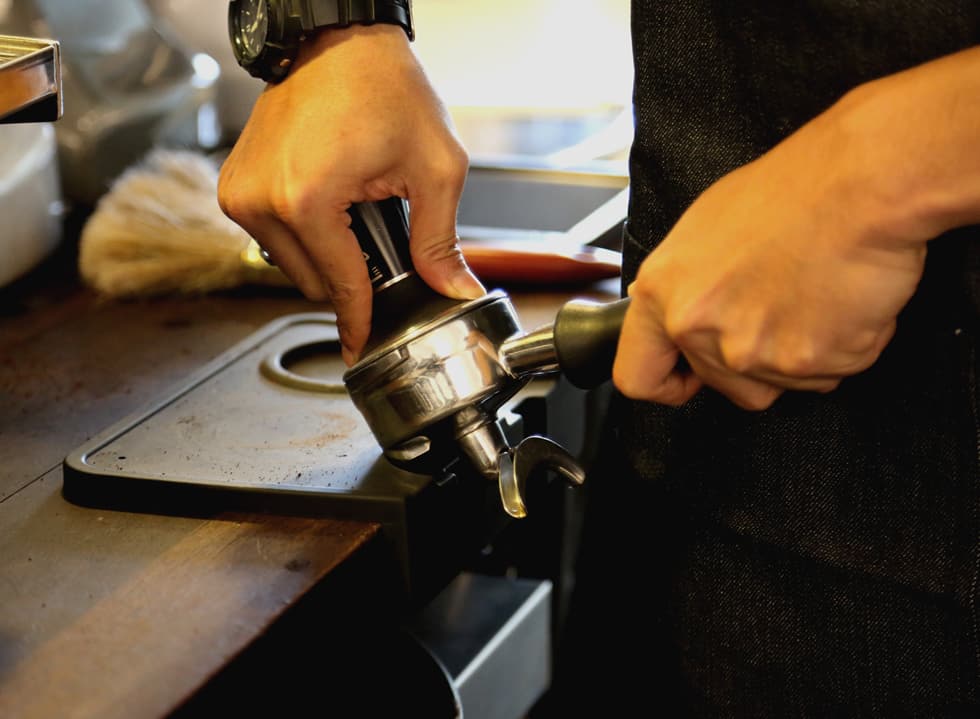 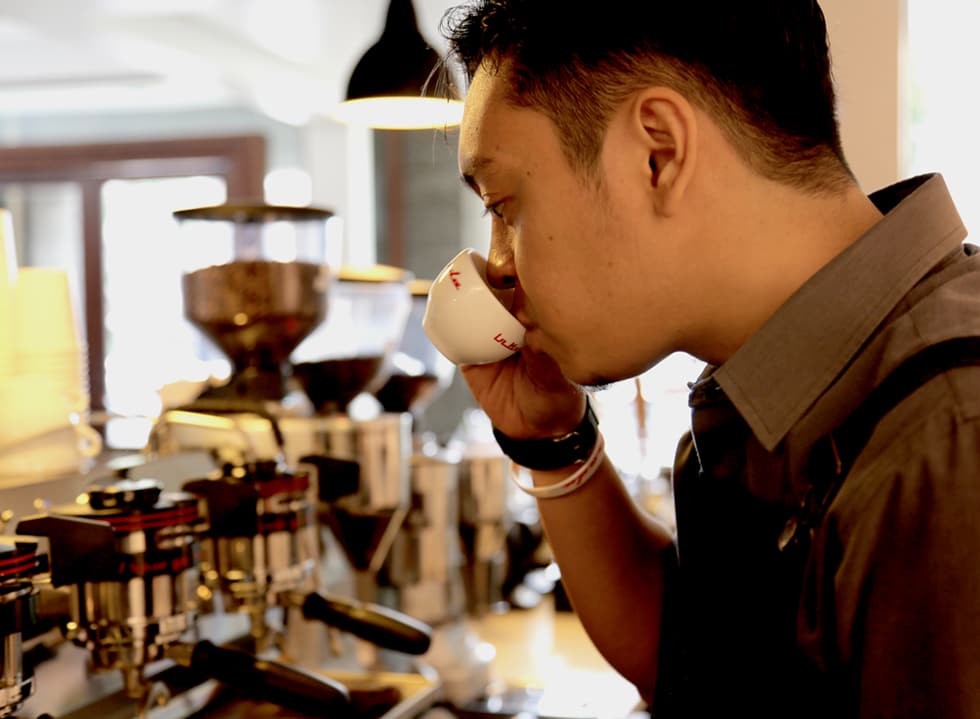 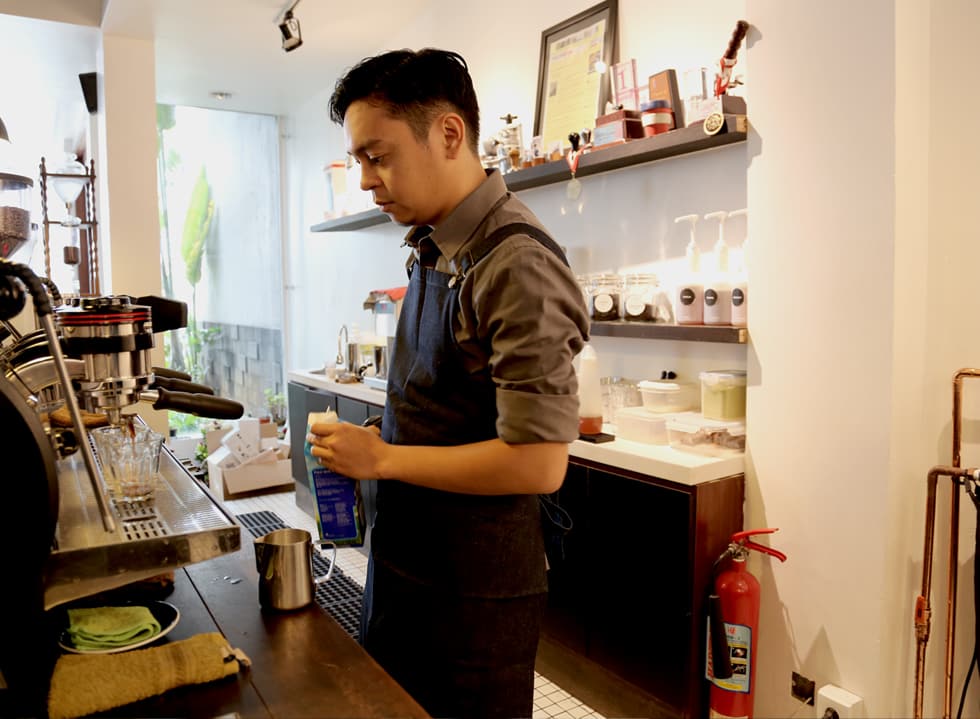 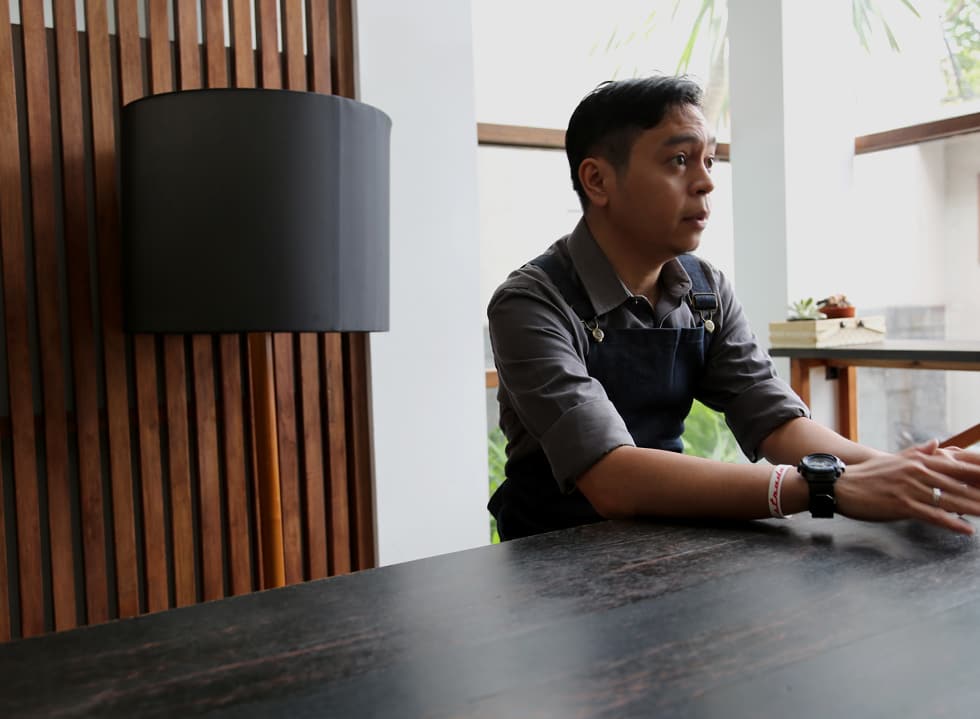 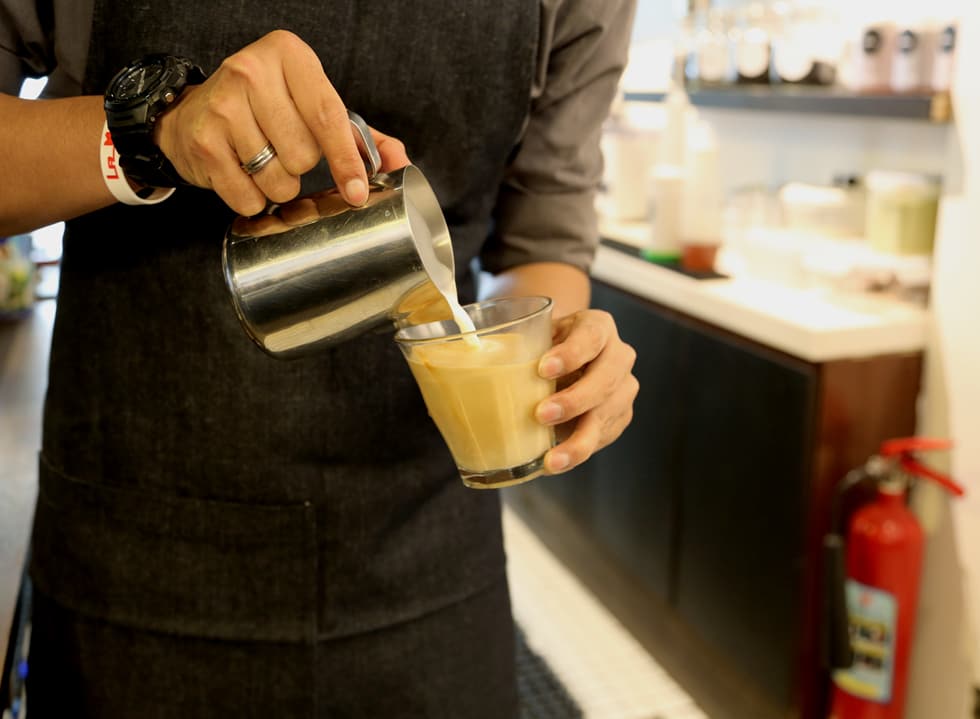 Wake Up and Smell the Coffee with Doddy Samsura

Share
We talk to Indonesia's best barista, Doddy Samsura on his unlikely encounter with coffee and his refusal to be complacent.

It is almost impossible to overlook the rise of coffee culture in the city of Jakarta. No, we’re not talking about whether you would like your latte in Grande or Venti. It is obviously much more in-depth than that. This new wave of coffee awareness has elevated the humble coffee beans into a complex subject that deserves a degree program on its own. (A quick search from Wikipedia on list of coffee beverages garnered a staggering 64 types!)

It’s hard to avoid the subject of coffee even if one is not an ardent fan. For years, scientists have frequently debated on its benefits and health risks through countless research. Just when you thought it is beneficial to your heart’s health, another new report will counter it in a matter of time. So even if it’s not served in a cup, chances are you’ll read about them in the news.

Still, local coffee enthusiasts will, no doubt, be familiar with the name Doddy Samsura. After winning Indonesia Barista Competition in 2011, Samsura is unofficially the poster child that represents the generation of Indonesians that takes their coffee seriously. It is the generation that appreciates the knowledge that goes into making a cup of coffee. Most importantly, they recognises it as an art form that goes hand in hand with our modern way of life.

Dressed in dark blue denim apron over a neat grey shirt and black pants, Samsura appears slightly nervous even though we have chosen One Fifteenth Café, where he works, for the interview. But once the conversation about coffee starts rolling, he’s completely at ease like a captain behind the ship’s wheel.

“I managed to land a job as barista at a café called Kedai Kopi Espresso Bar. The target market for most businesses in Yogyakarta is mainly college kid. That’s why most of the baristas are actually students. I got in without any skills. But the job didn’t require me to possess any specific skills to begin with as long as I’m a student. And so I attended classes during morning and spent the rest of the day working,” he explains.

Samsura speaks in a very fast pace, sometimes without pause, as if the sentences were just strings of very lengthy words. His enormous eyes dart around energetically where you could be forgiven for thinking that he’s merely responding to the effects of caffeine. As cliché as it may sound, coffee is just a subject that Samsura is deeply passionate about.

“It was there that I learned everything from scratch, such as the coffee itself, the difference between espresso and cappuccino and so on. I was hooked,” he says.

Fast-forward three months later, Samsura no longer reports to his professors in University and instead, was promoted to the position of trainer. “It was really exciting to know that I’m able to impart knowledge and train the next batch of baristas. But then I realised that my knowledge about coffee is not up to date,” he recalls.

“I knew there’s no way I would go far if I don’t do anything about it.”

In late 2010, Samsura entered regional barista competition in Yogyakarta, where the top six will be sent to Jakarta to compete in the Grand Final of Indonesia Barista Competition 2011. He came in fifth position.

“It feels like a hard slap to my face,” he recalls with a wince that comes in the form of slow, deliberate “wink” with his left eye. Throughout our conversation, Samsura often “winks” when he tries to remember something, cringe or mostly when he’s unsure of something.

It’s definitely hard not to be affected by it when he trained the one who came in second. Still, it is more than just a matter of pride. Samsura knew something is off. “I knew there’s no way I would go far if I don’t do anything about it. So I approached a few of the juries for pointers.”

Samsura realised that he can’t just rely on his outdated knowledge anymore. He trained hard not just by practicing four hours daily but also by familiarising himself with the rules and regulations of the competition through the blogs of previous World Barista Champions, such as James Hoffman and Gwilym Davies.

“You’ll be surprised that many baristas aren’t even familiar with them during the competition,” he discloses.

After winning Indonesia Barista Competition, Samsura was promptly sent to compete in FHA Barista Championship 2012 at Singapore where he came in second place. That came as a surprise even for him. “My only goal at that point was not to get disqualified. That’s because two predecessors before me were disqualified very early in the preliminary round,” he explains.

Still, he modestly credits luck as a major factor for his win. But his achievements surely aren’t just due to lady luck shining on his side. It’s clear that his success was largely due to the fact that he avoids complacency like a plague.

“No point in serving visually appealing coffee that tastes bad.”

Despite coming in second place, it didn’t make Samsura feel any much more assertive about his skills. After FHA Barista Championship, he returned to Yogyakarta, tendered his resignation the next day and joined One Fifteenth Café as a Store Manager a week later. “I know I can’t just be complacent and continue to stay in Yogyakarta if I wish to go further in this field,” he explains.

“To tell you the truth, I’ve not even heard of the vast and different kind of coffee bean origins to the types of climate necessary for high quality coffee beans to thrive before I got here. This is why I believe that I can finally call myself a barista only after that point. It’s unimportant for me to learn every skill there is when it comes to making a cup of coffee when I have absolutely no knowledge about the coffee beans itself. After all, barista is just one of the factors when it comes to good coffee,” he admits modestly.

Samsura continued to blaze a trail last year when he competed in World Barista Championship 2013. (For barista, it is equivalent to the Oscar.) Even though he didn’t manage to secure himself on the top spots, he did cut through half of the competition, coming in at 25th  spot out of 53 competitors. A great deal considering the last time an Indonesian representative was sent for WBC was back in 2003.

“For some reason, his name wasn’t even included into the list of competitors,” he states in a fast, lively speed.

But he does scale back his pace when it comes to the subject of Latte Art. “I’m much more interested in the quality of coffee. I have people coming to me just wanting to learn Latte Art,” he “winks” hard as if tasting a horrible cup of imaginary coffee.

He continues, “No point in serving visually appealing coffee that tastes bad.”

With such steadfast principles and determination, it’s little wonder then that he came in first again in Indonesia Barista Competition 2013.

“I’m looking forward to start a school for baristas one day.”

Back in 2012, Samsura wrote a book called Ngopi ala Barista, where he shared and taught the basics and methods of making a cup coffee in the style of a barista.

“I was hesitant at first because coffee is a very broad subject. I didn’t want to be put in a spot where people will find the contents debatable, as I’m not looking for that kind of confrontation. But the editor convinced me to write it in a way that is basically about making coffee based on the experience and point of view of a barista,” he explains without a pause.

Still, to be able to claim to have written a book with only a few years of experience in coffee making under his belt is astounding. After all, it is not just merely an actor’s dream. To author a book is pretty much a seal of approval that Samsura’s skills and knowledge on coffee are being taken seriously.

In that case, a sequel must be underway then? He “winks” and lets out a nervous laugh, “I don’t know. Most likely not.” Of course, the “wink” alone is pretty much self-explanatory.

But, judging from Samsura’s remarkable achievements and refusal to be complacent, it is obvious that he’s not the kind of person who waits and goes wherever the wind takes him.

I ask if he has any plan for the near future. “I’m looking forward to start a school for baristas one day,” he replies almost immediately and continues, “I’ve always wanted to be a teacher ever since high school. Even though that didn’t happen as planned, I feel that what I’m doing right now is pretty similar – transferring skills and knowledge about coffee to another person. I’m very excited and eagerly looking forward to that day.”

And with that, you can be sure that he means it. Why? He said it without giving a single “wink”.