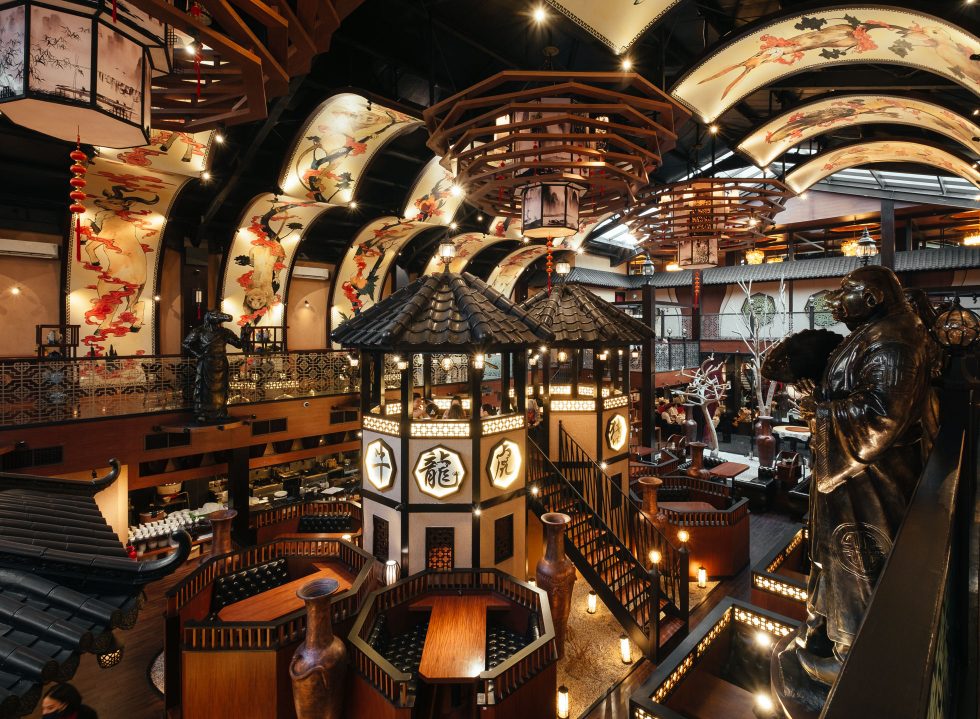 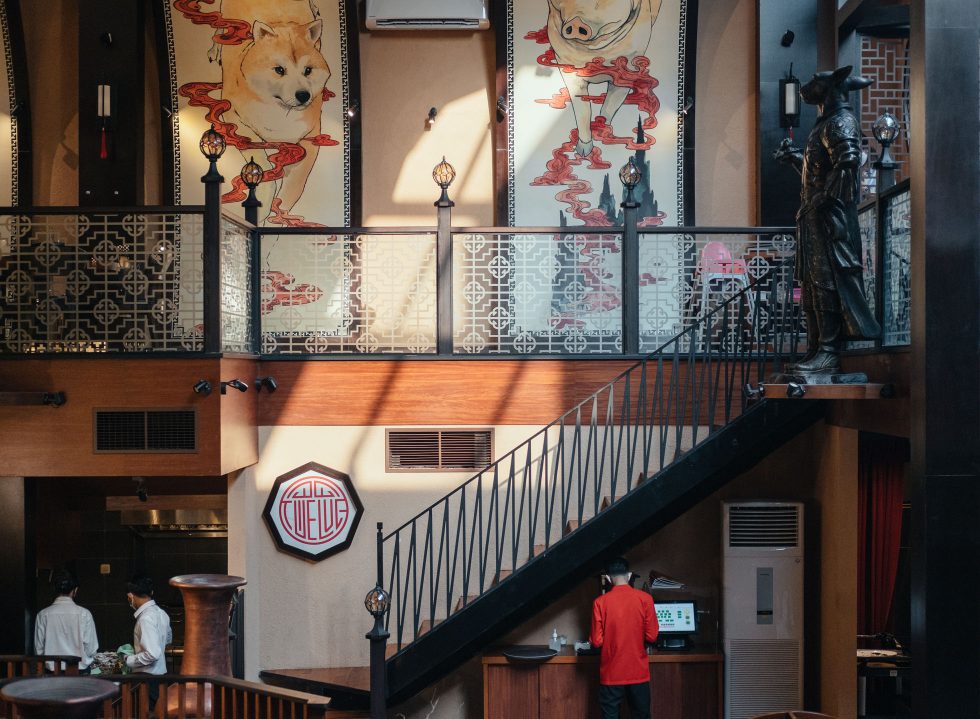 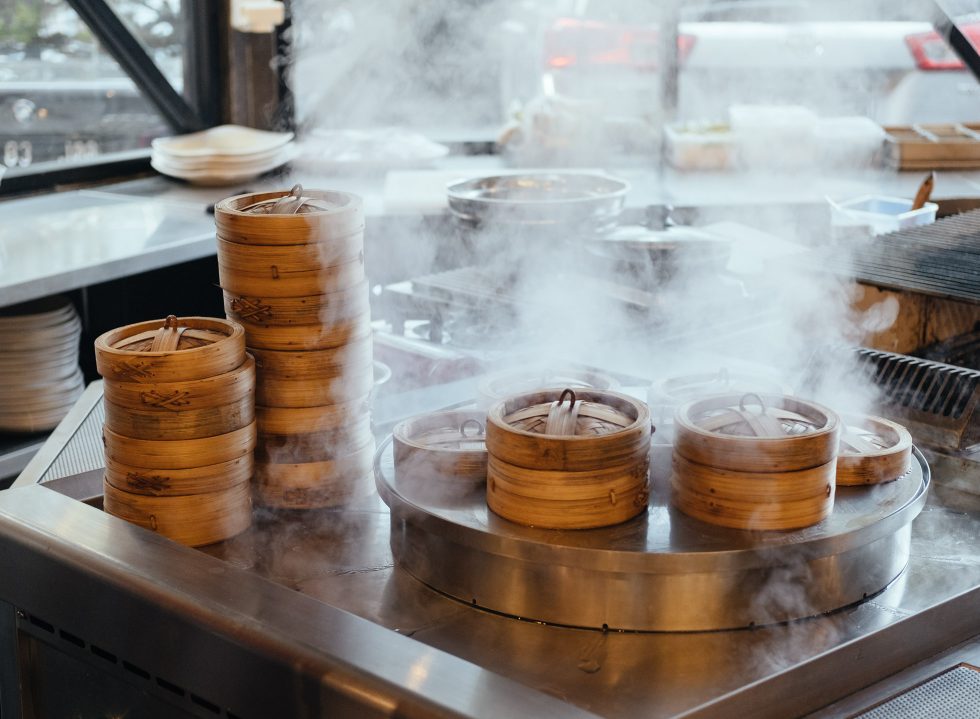 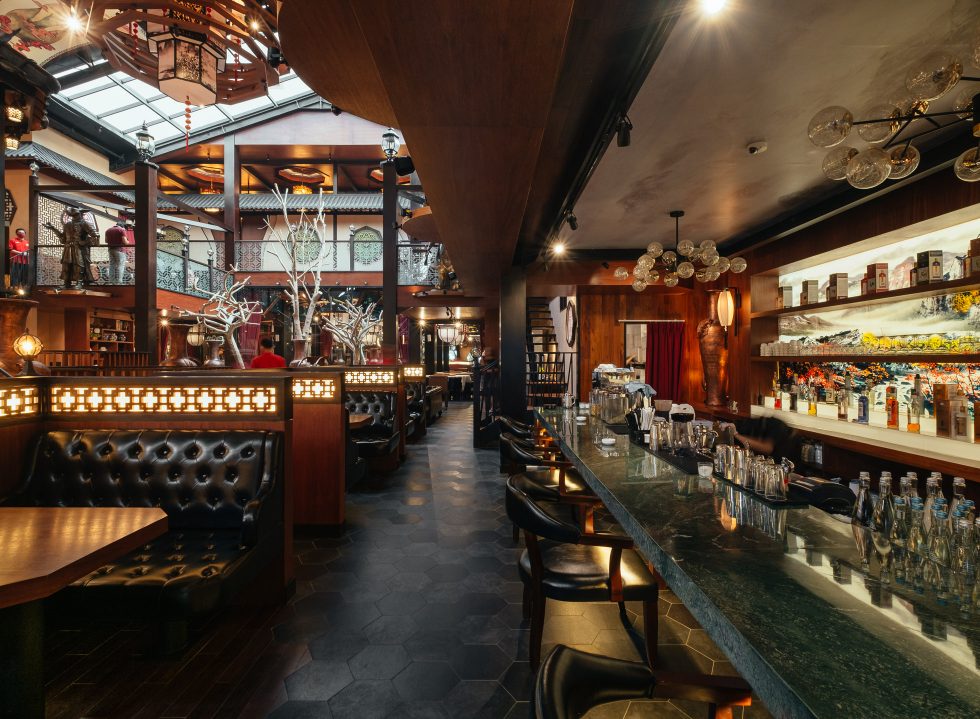 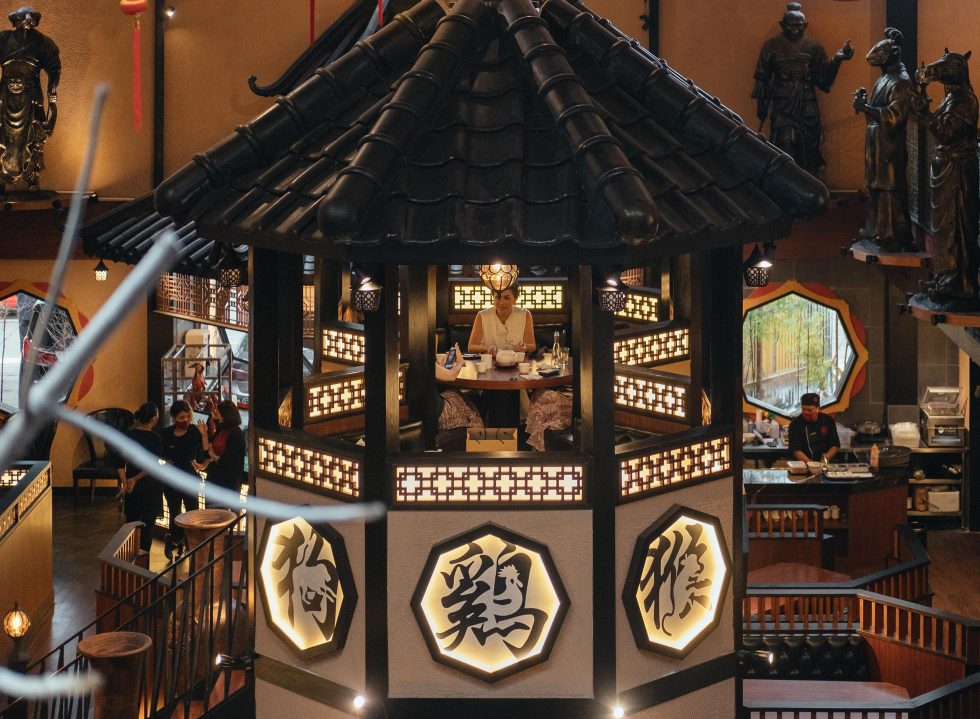 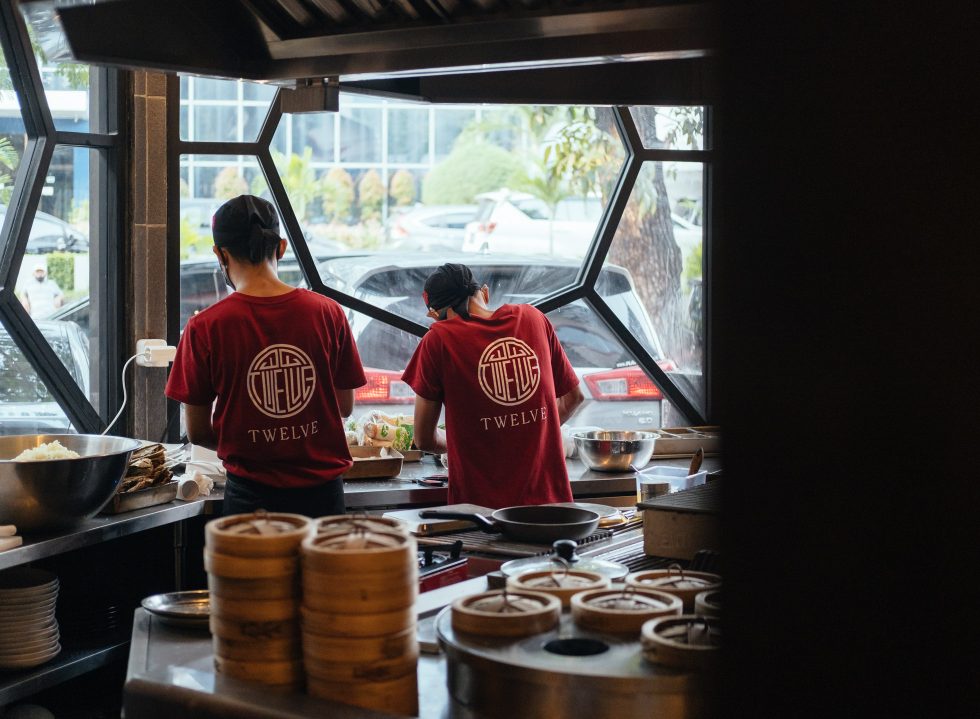 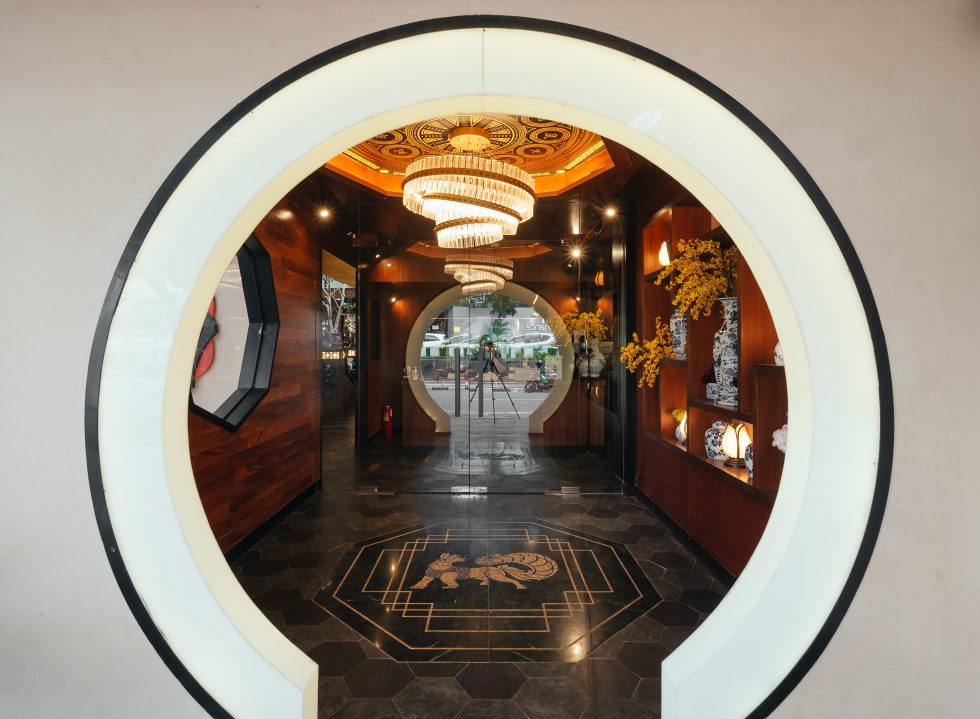 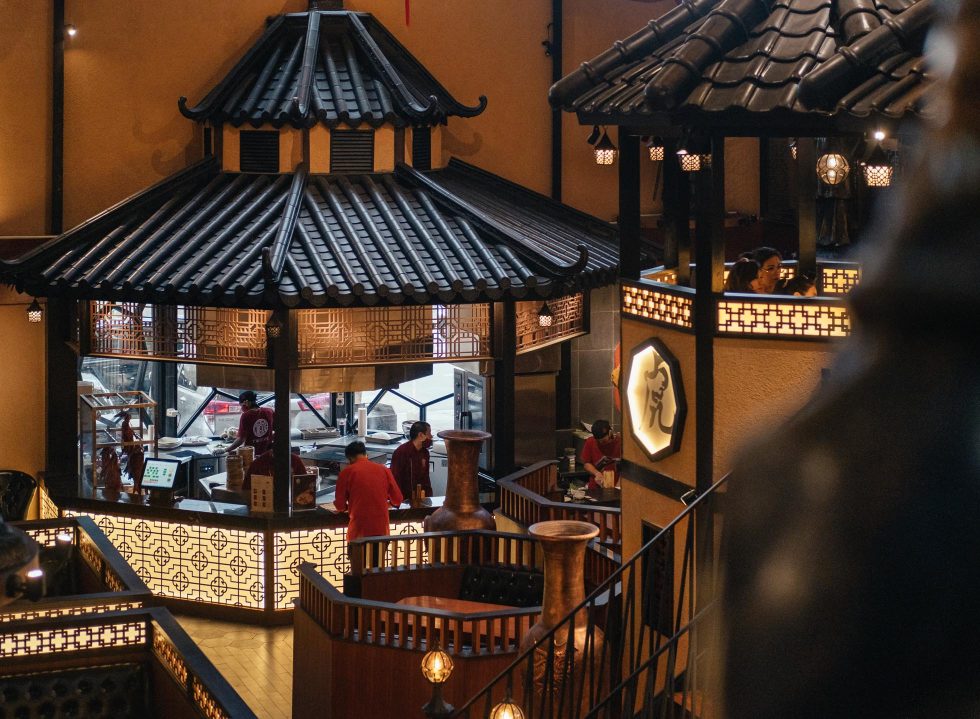 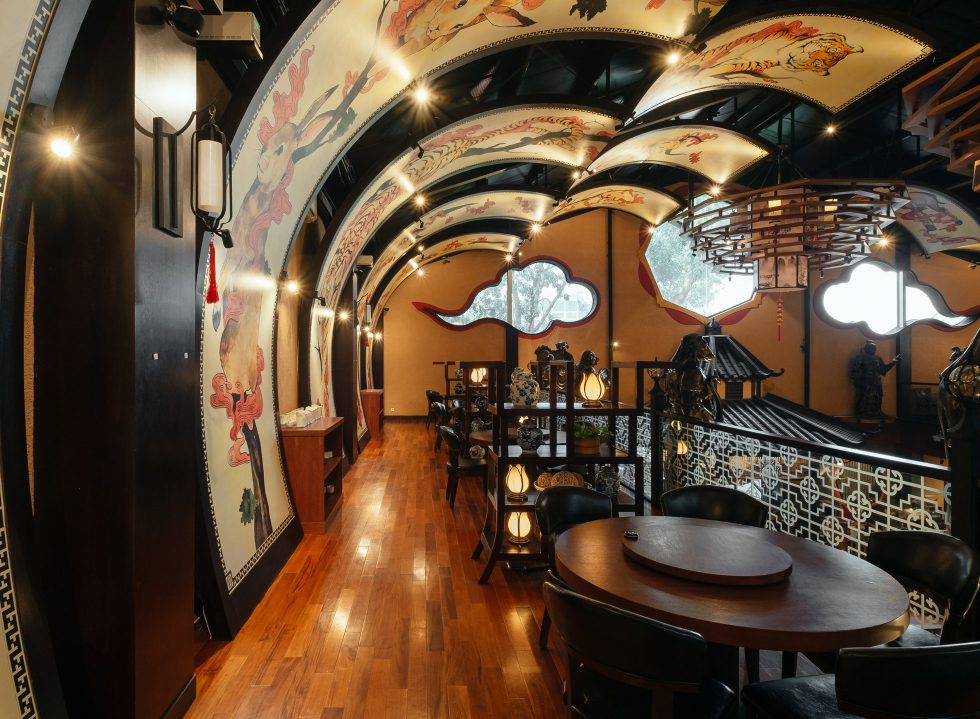 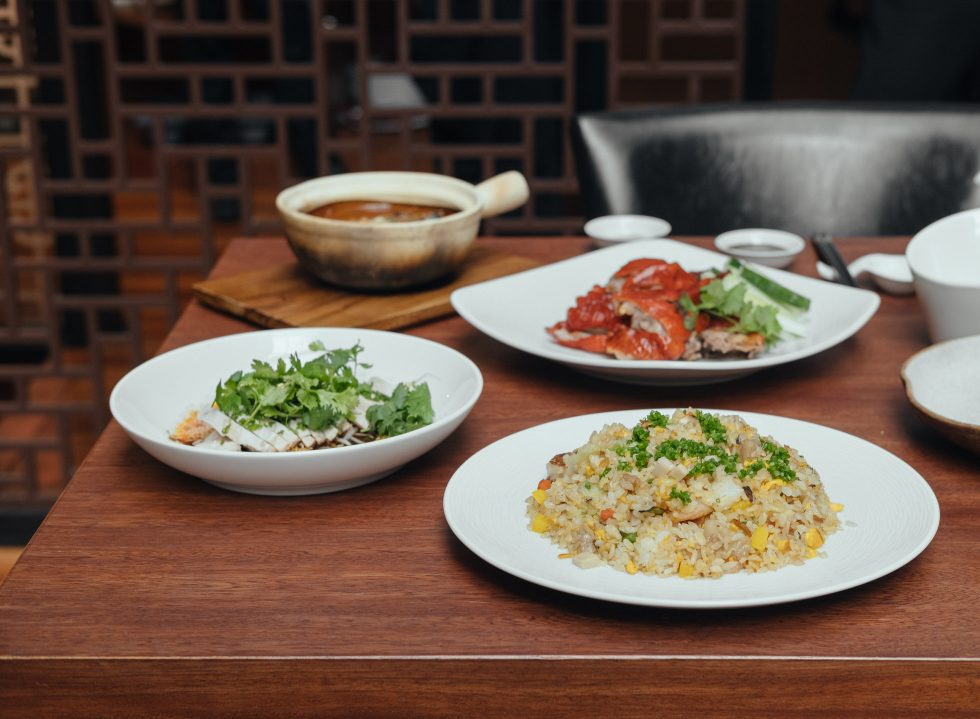 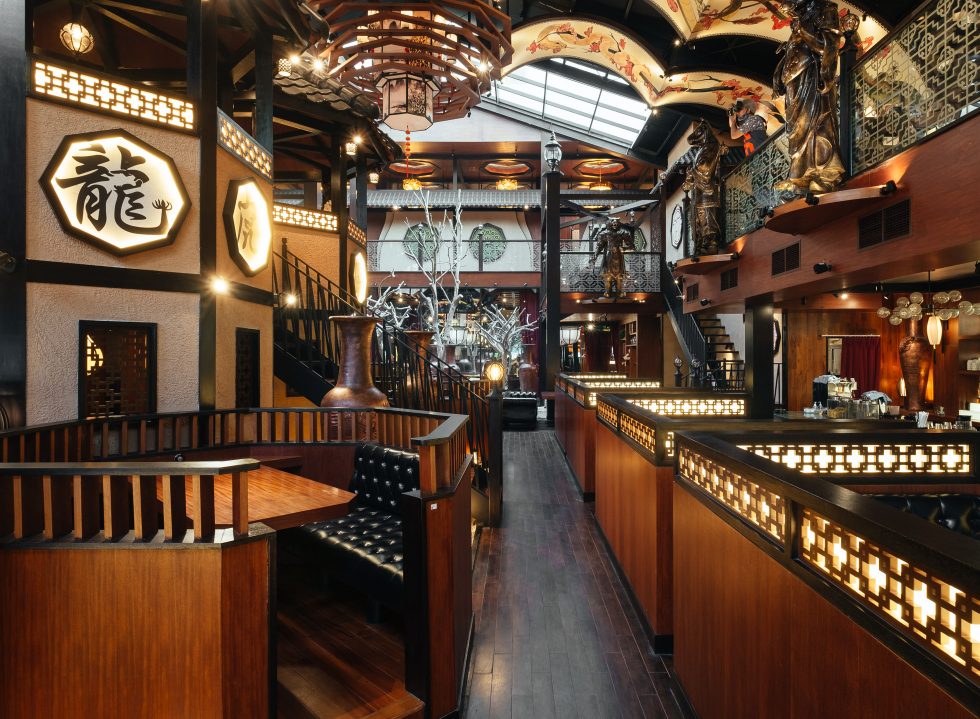 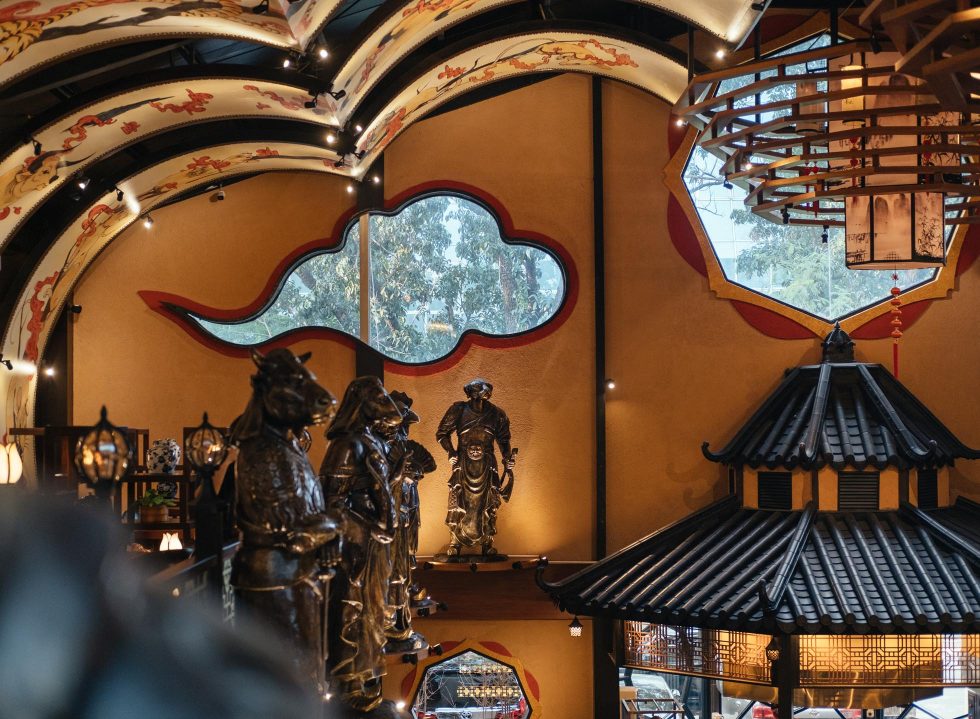 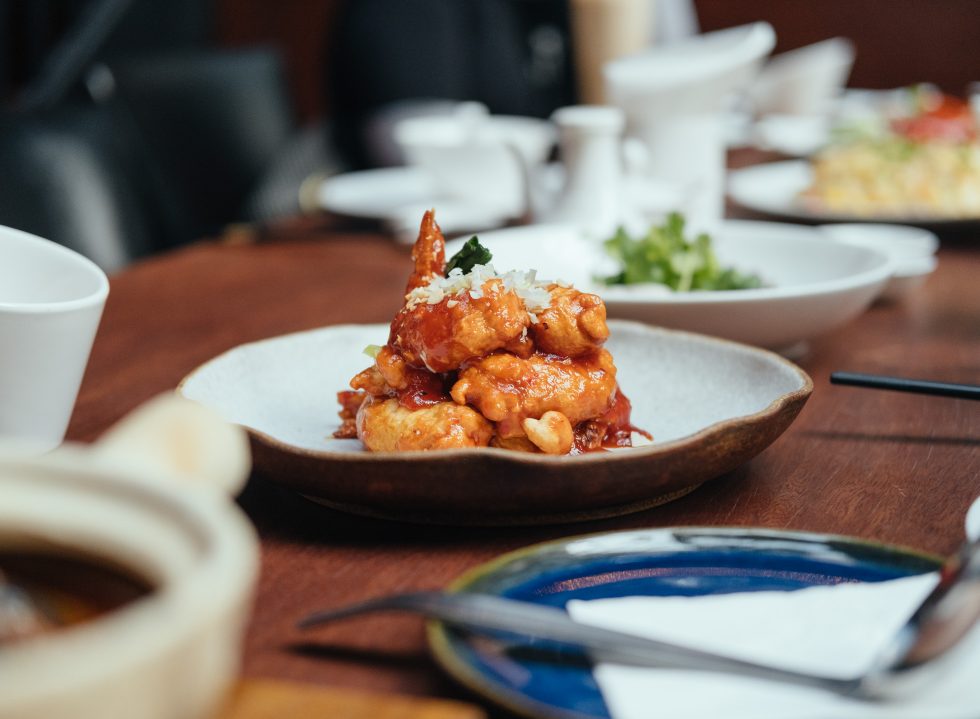 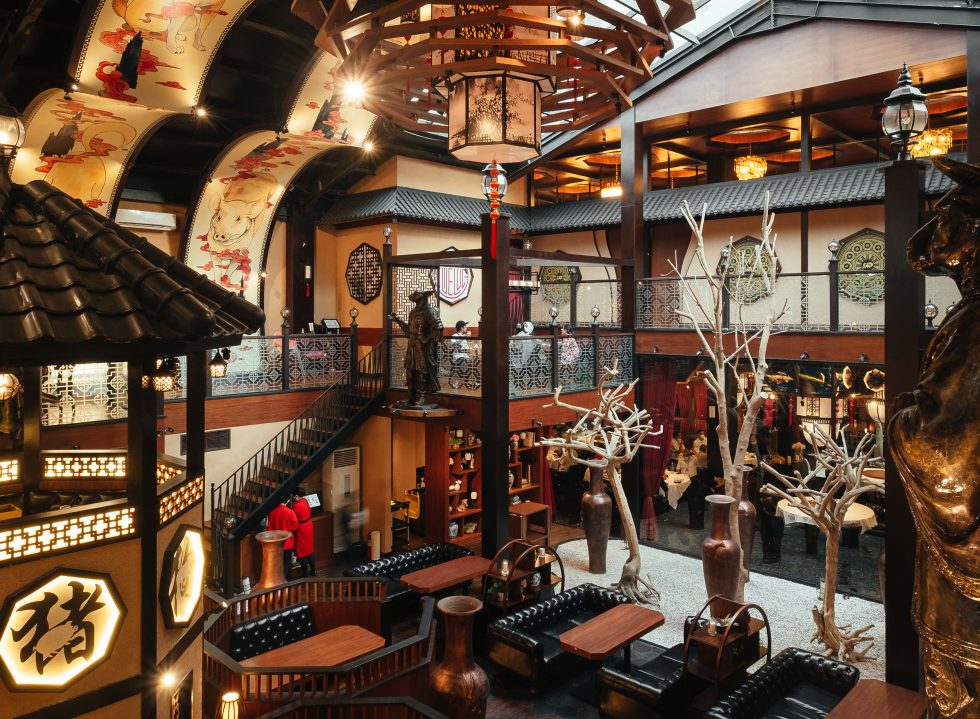 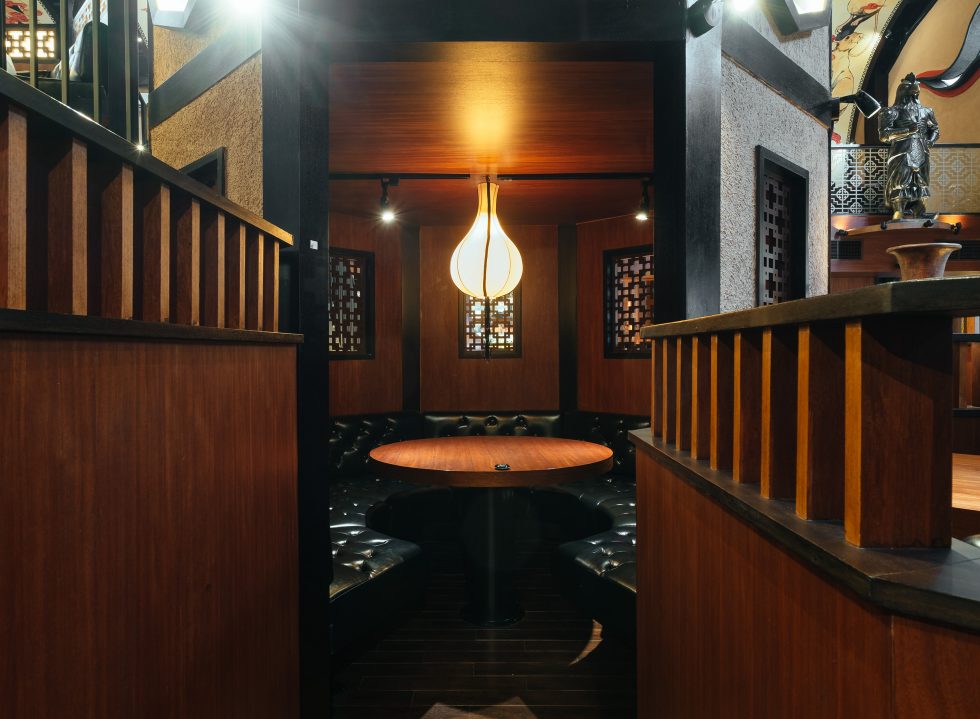 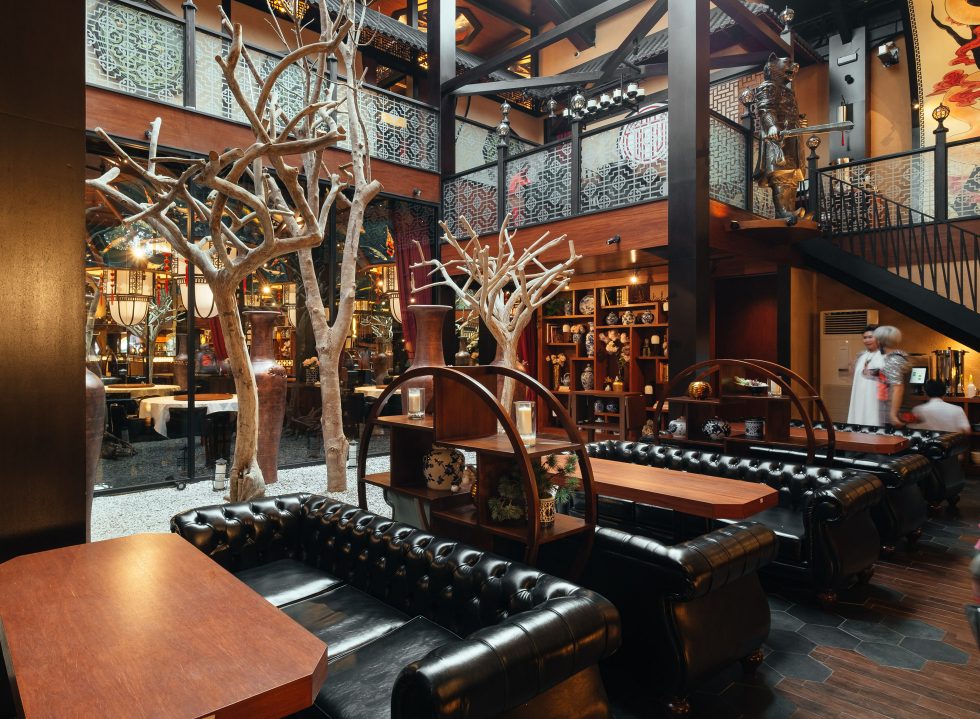 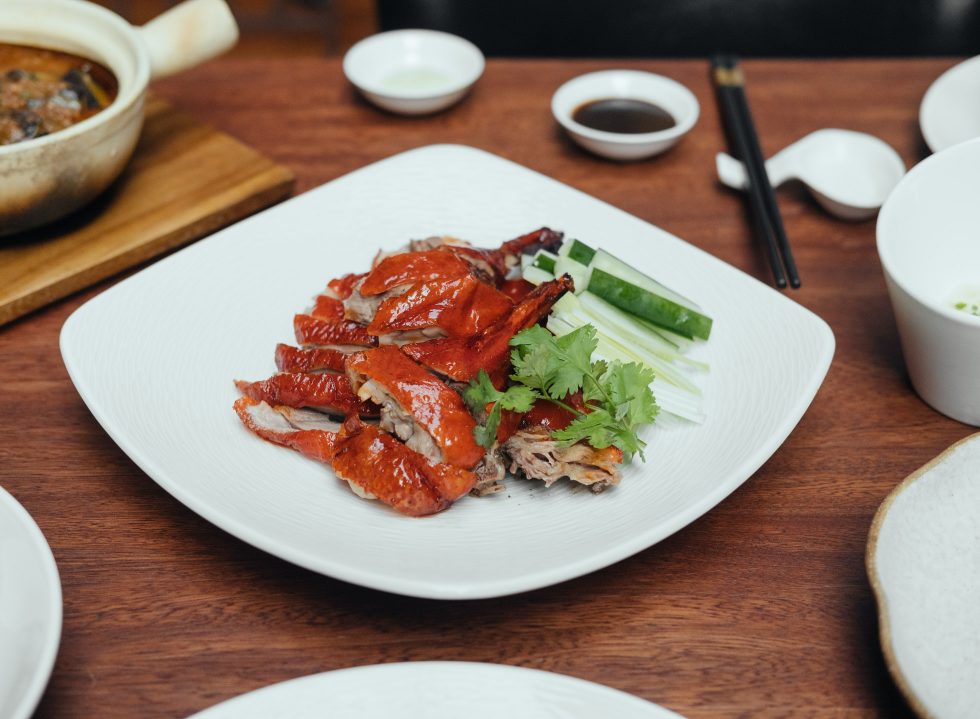 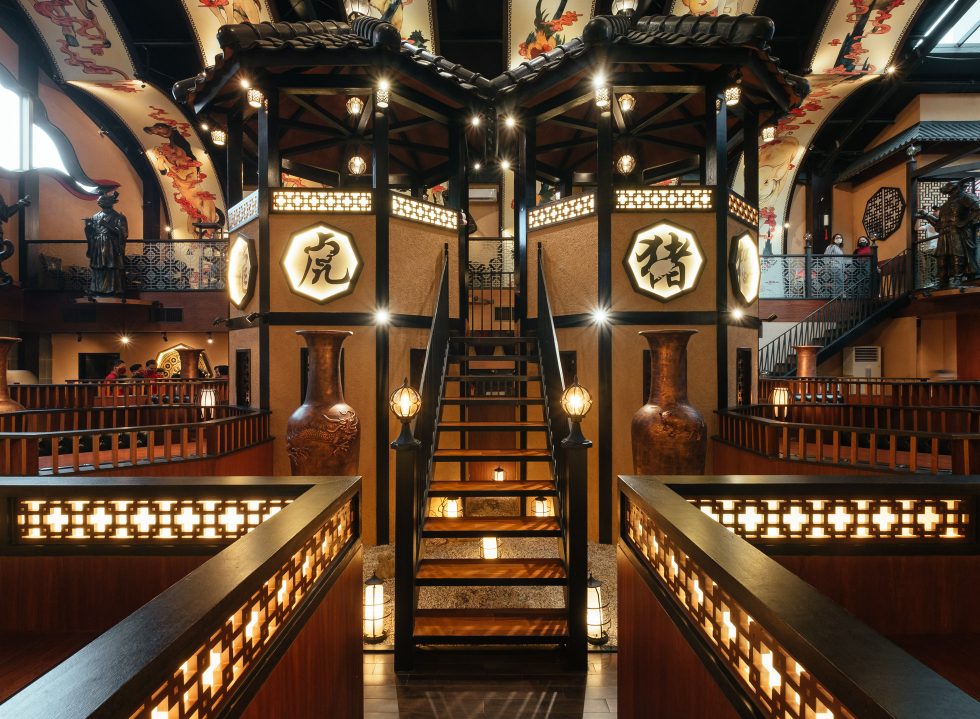 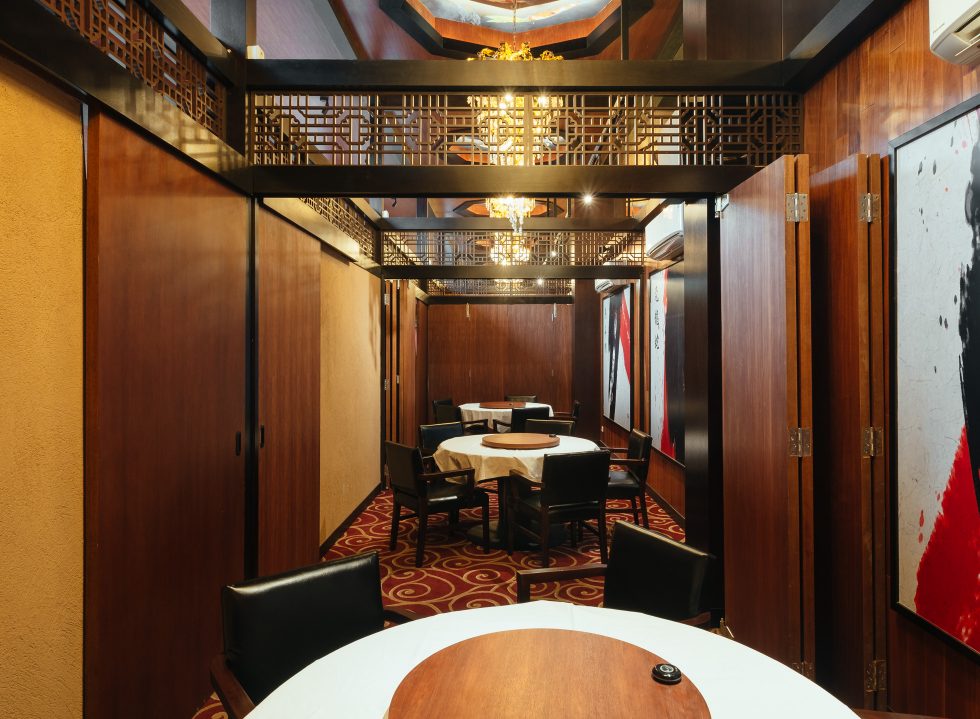 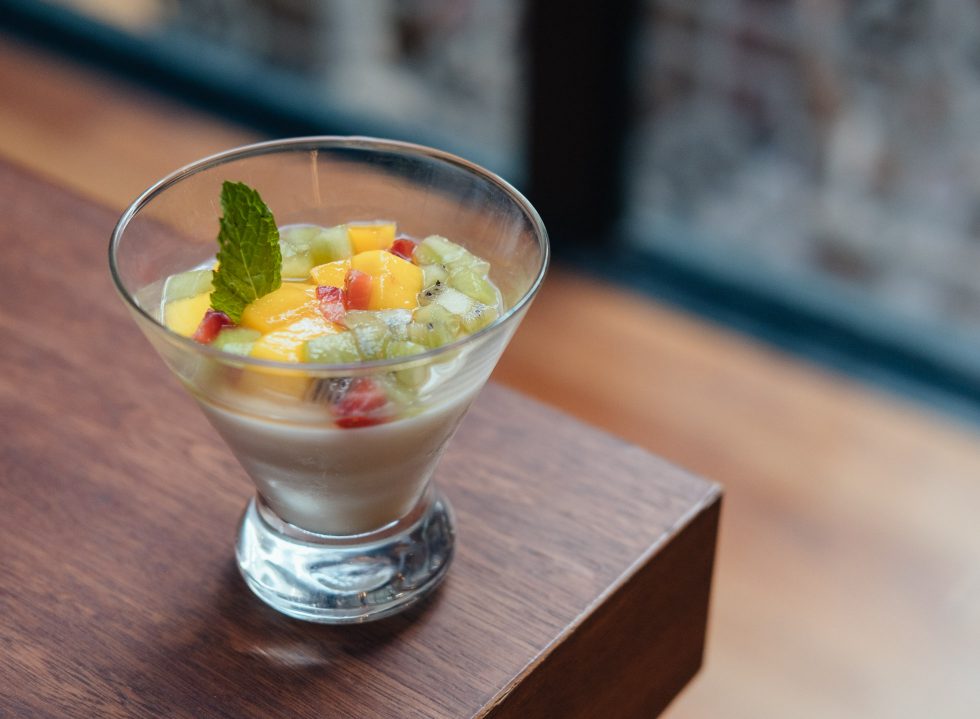 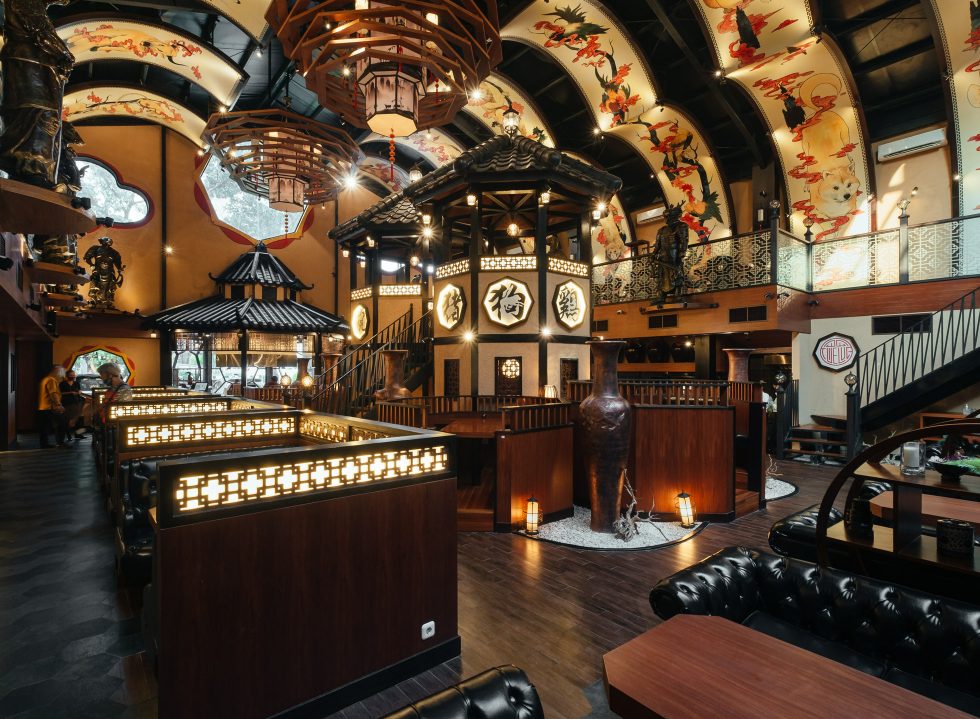 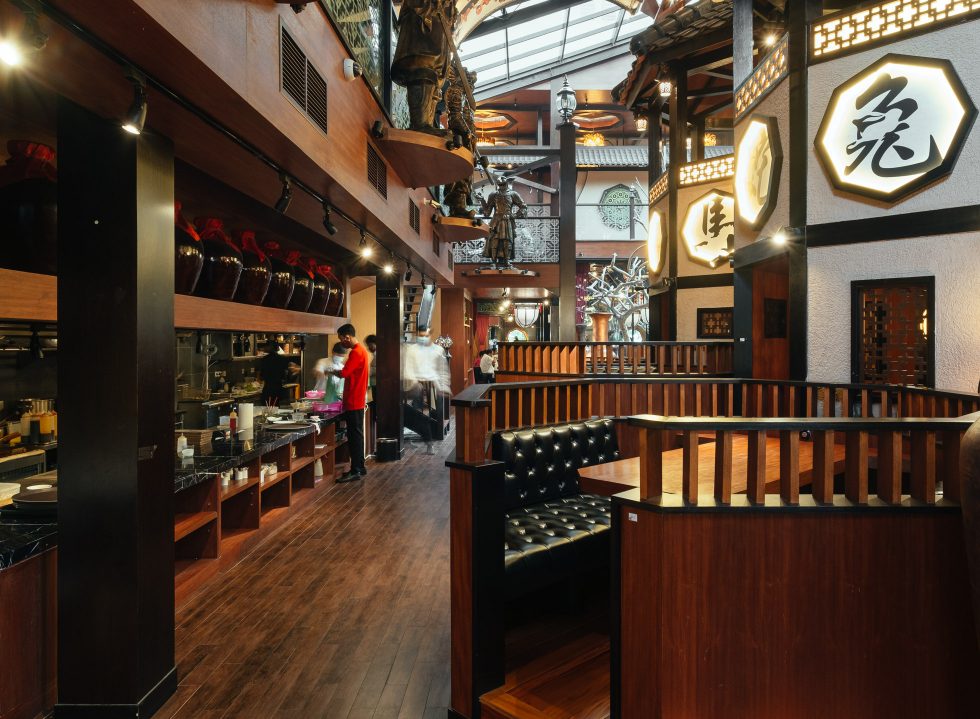 In the city of Yokohama lies Japan’s largest Chinatown, a bustling enclave home to hundreds of perennial restaurants and street vendors whipping up Chinese staples in Japanese flairs. Ostentatious in fashion, Okuzono Hospitality Group hails this fusion all the way to the ground of Menteng through their latest venture, TWELVE Chinese Dining.

Behind their stale façade, TWELVE houses a starkly different expression, characterised by the grand opulence of a modern Chinese palace with oriental designs and ornaments. Flushed in red and wooden tones, the interior is reminiscent of OKUZONO where mezzanines and iconic pagodas are the mainstays of their aesthetic.

As the name suggests, the restaurant tributes the twelve animals of the Chinese zodiac, as seen on their arresting murals and the squire of therianthropic sculptures extending along the mezzanine. From the upper-level where the V.I.P rooms perch, the view overlooks the clustered dining area on the first storey where the pagodas imitate a far-flung island, while two open kitchens and a saké bar give patrons a once-over of their cooks and bartenders in session.

But it’s not all stunts and gimmicks. The menu, created by Head Chef Daisuke Kamata, exhibits a finesse of fusion one would reckon in Chinese Japanese cuisine. Take the Ebi Chilli with Almond Flakes (deep-fried prawns coated in special sauce), a popular hors d’oeuvre found in Japan’s Chinese eateries or the comforting Sichuan Mapo Nasu (a Japanese eggplant and beef stew with beans) served with sōmen (Japanese thin wheat flour noodles). For diners who’d prefer the classic dishes, the timeless Chinese fried rice, TWELVE Fried Rice, is a house favourite to pair with their crispy Peking Duck and wasabi dipping sauce. Once done, cleanse the palate with their silky Almond Pudding dessert.

As for the refreshments, their offering spans from traditional Chinese teas to special libations inspired by the twelve zodiacs, but should you feel like kicking it up a notch with a preference, slide to the bar and their bartender will gladly concoct a special mix.

The flock of visitors parading in and out of their premises already struck as a testament to an early triumph, and if you find yourself already planning a lush escape to the empire, then booking your reservation is the way to start. 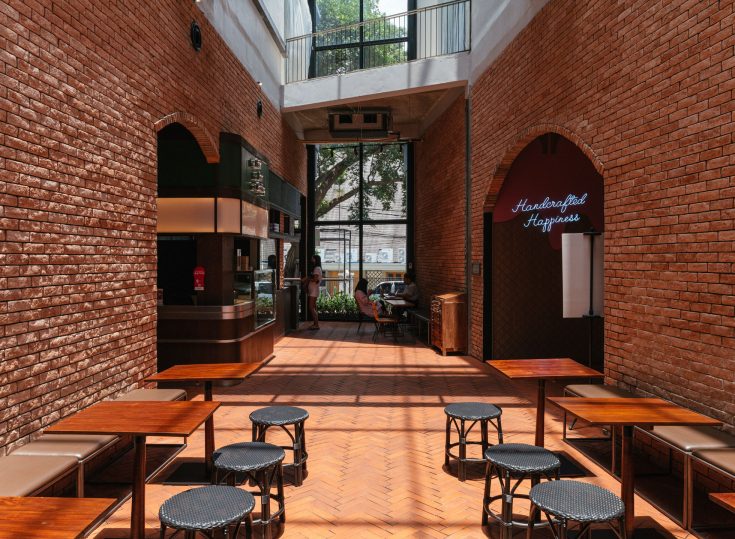