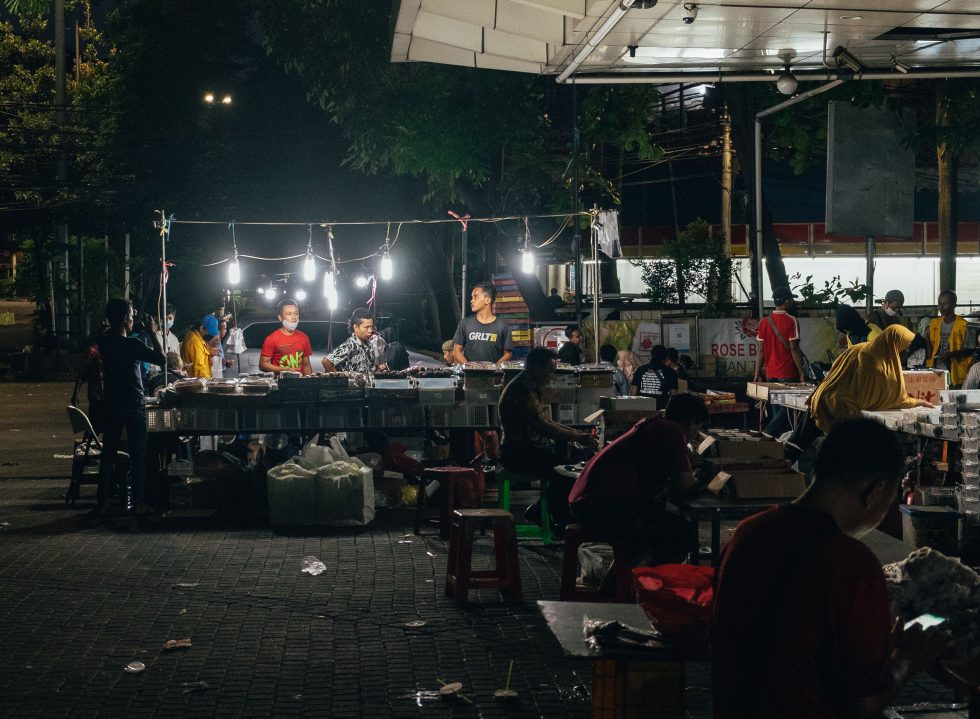 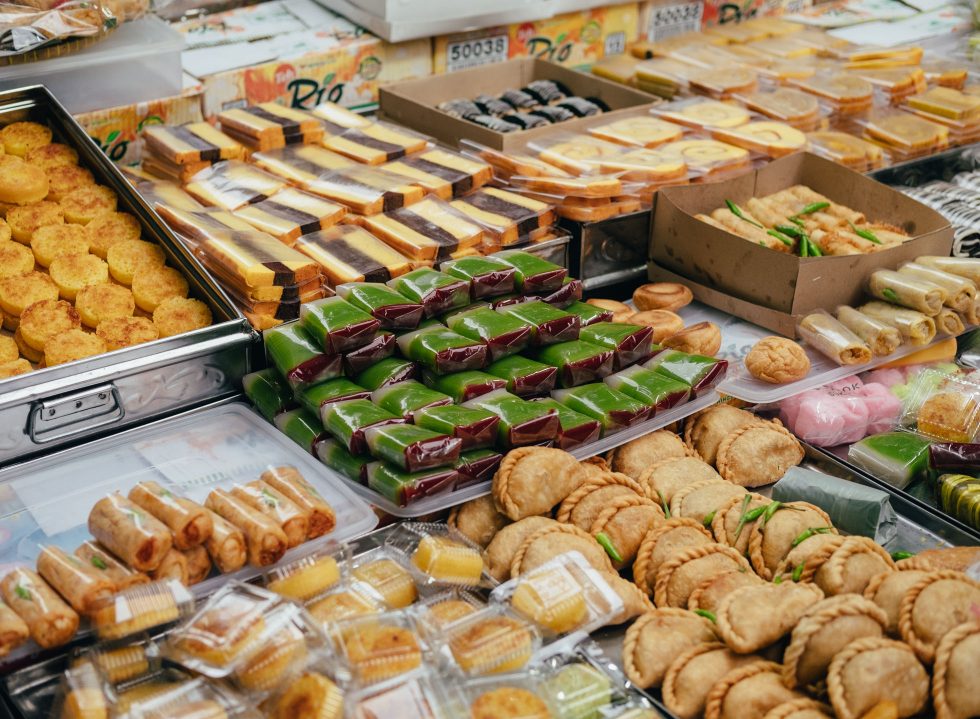 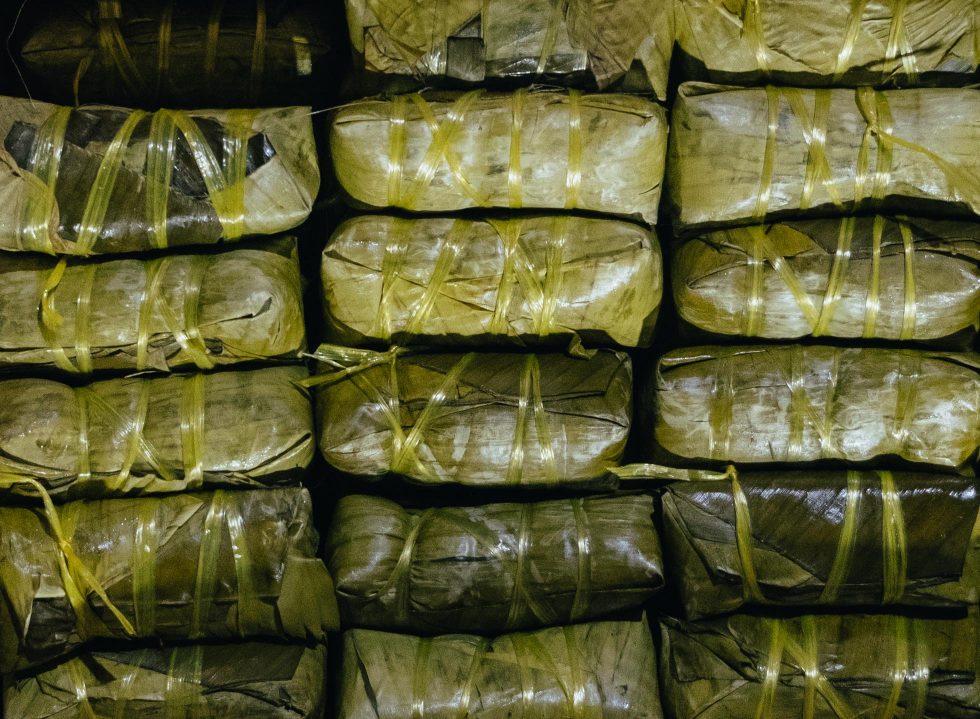 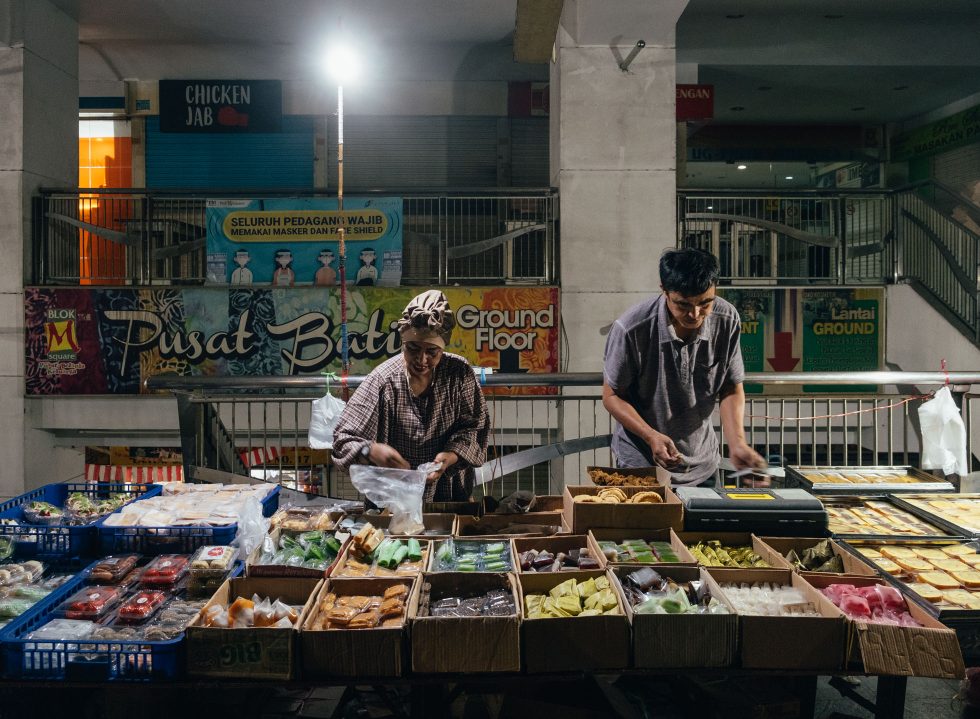 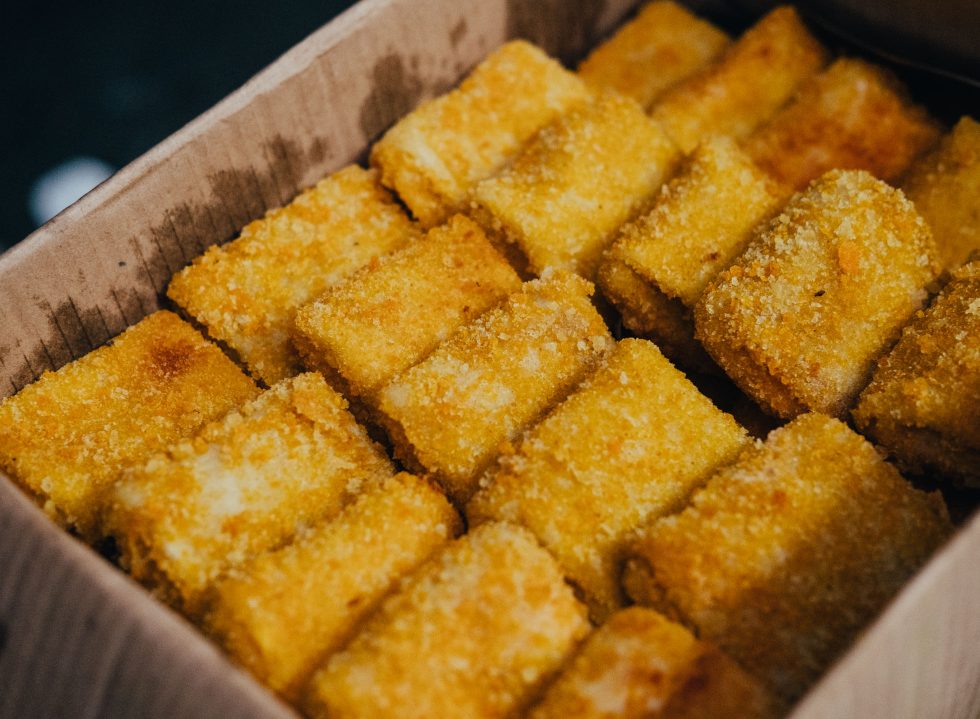 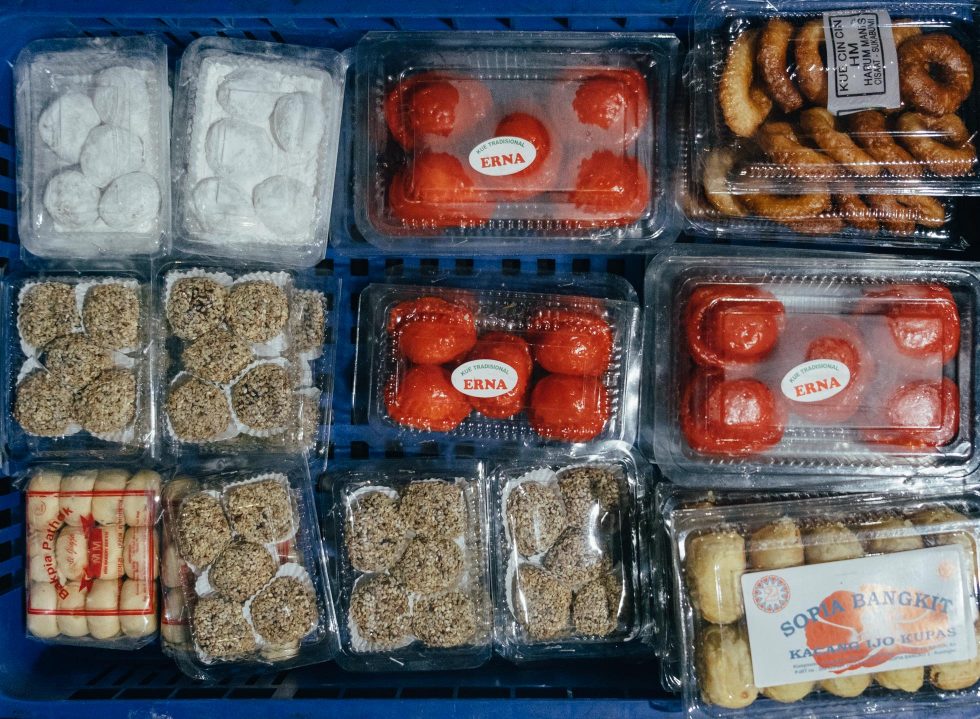 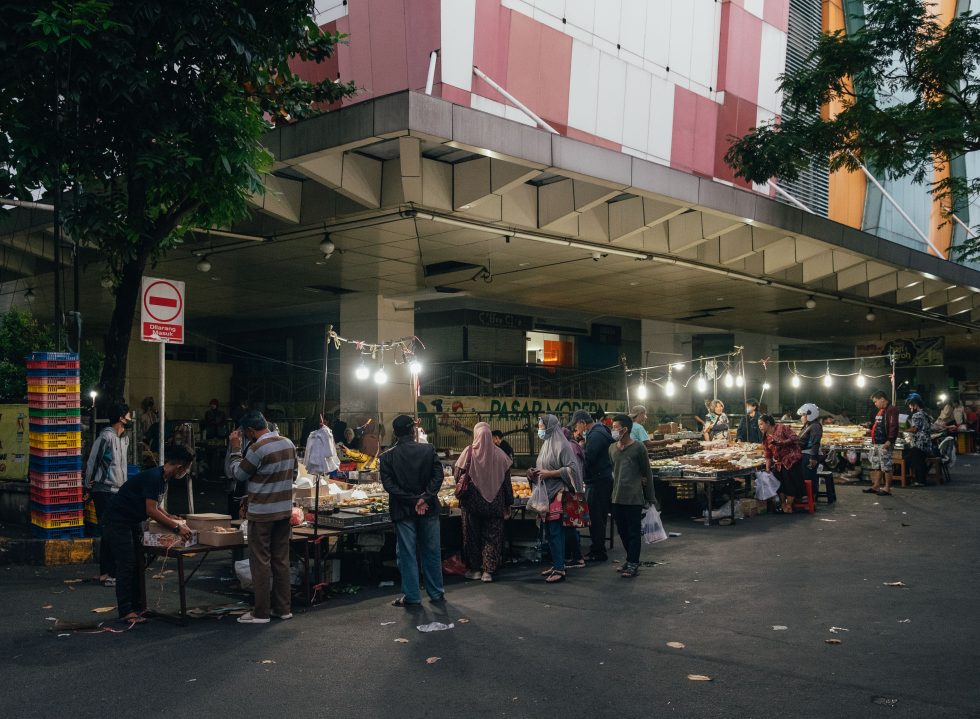 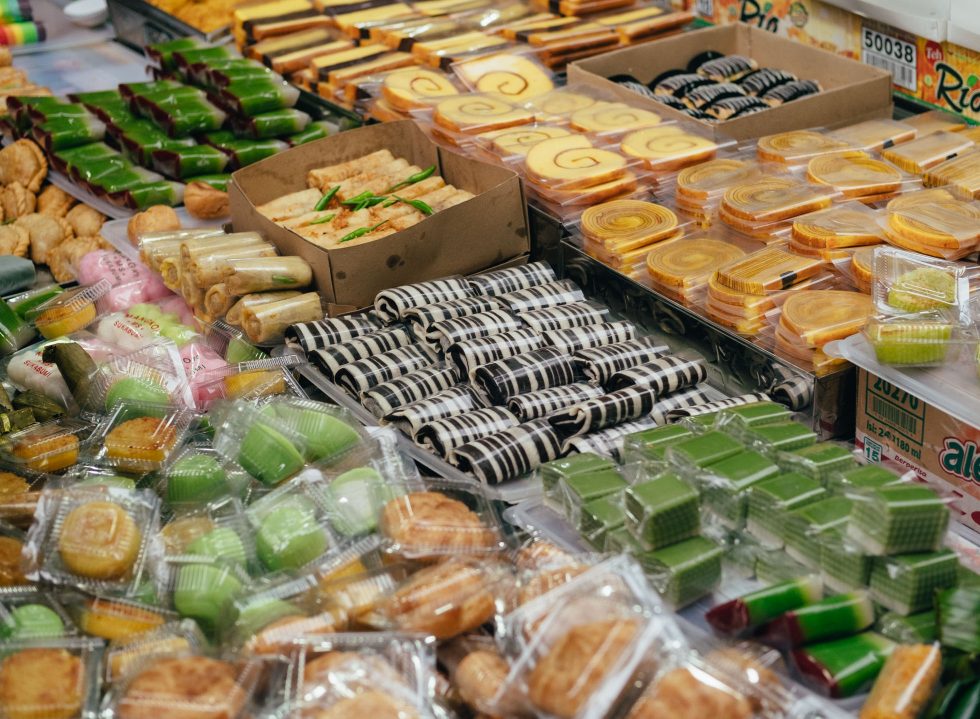 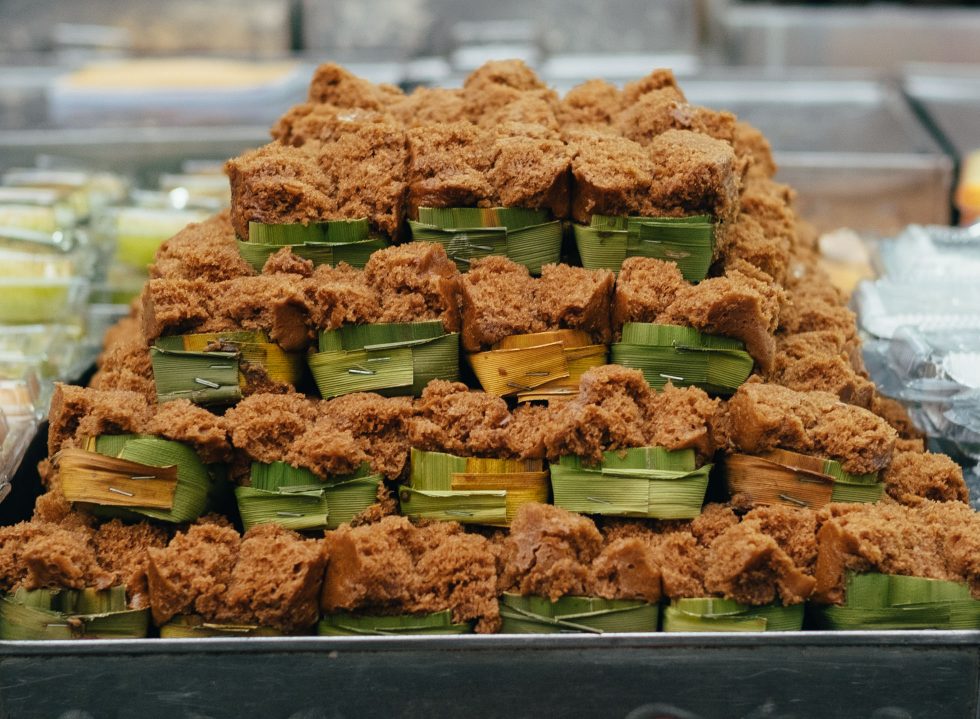 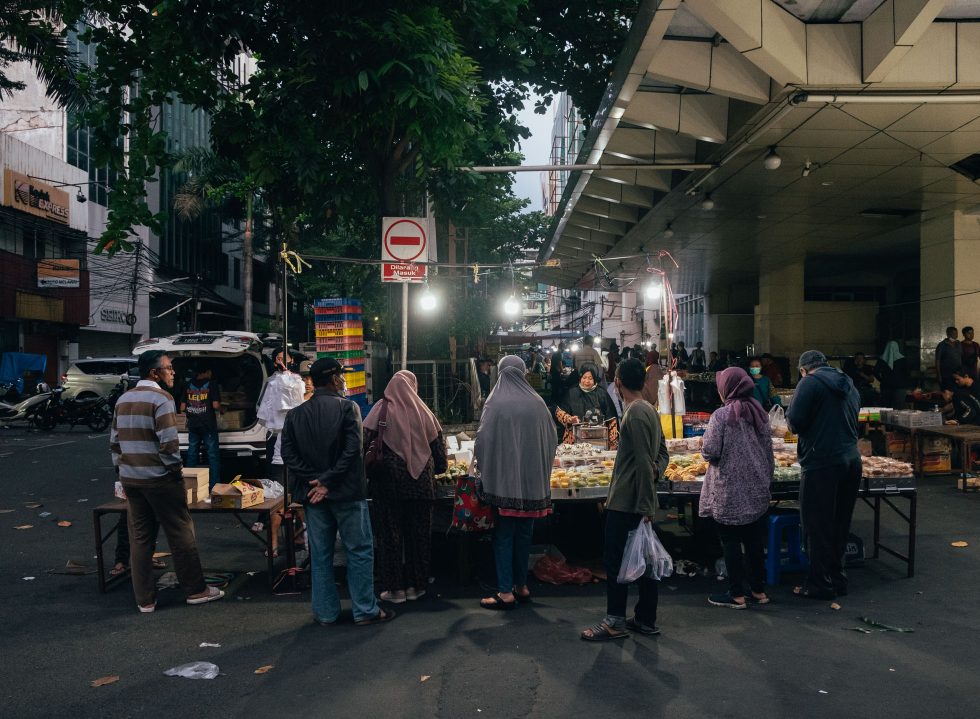 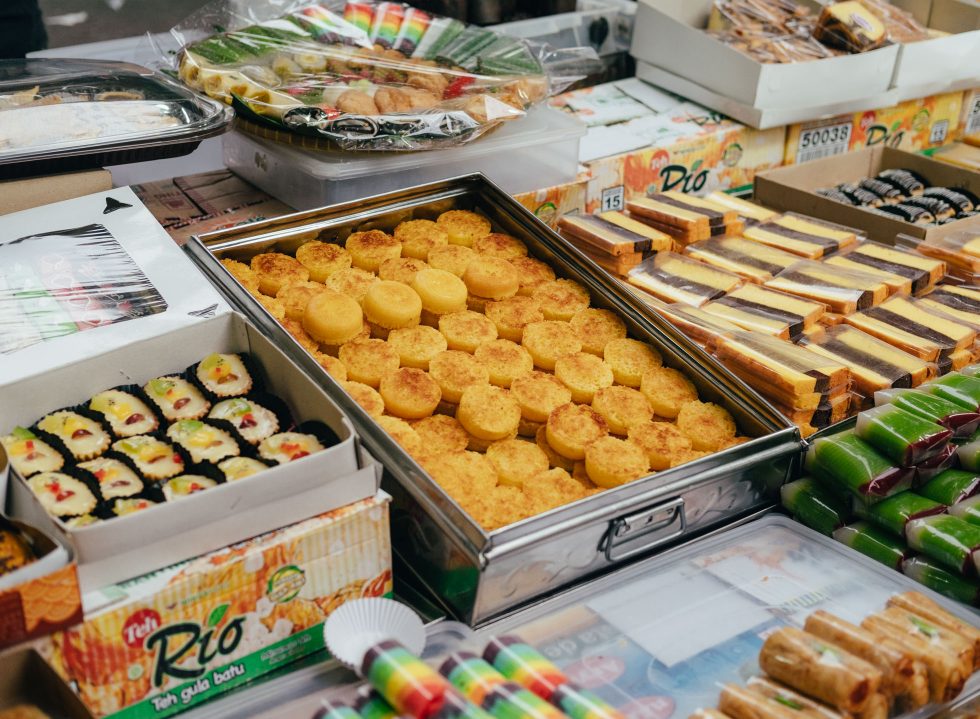 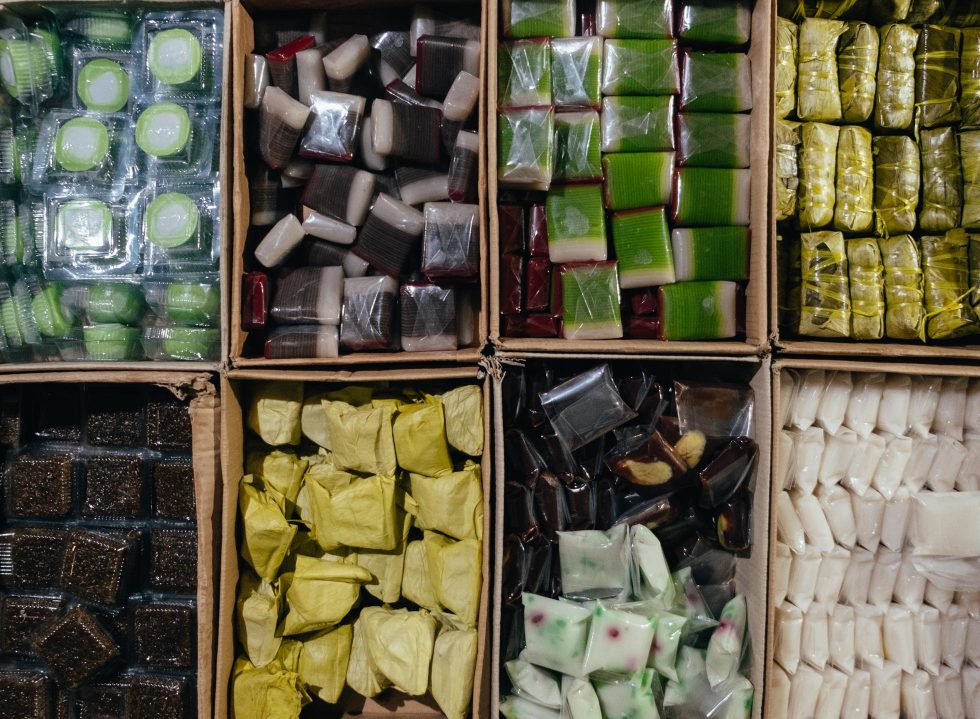 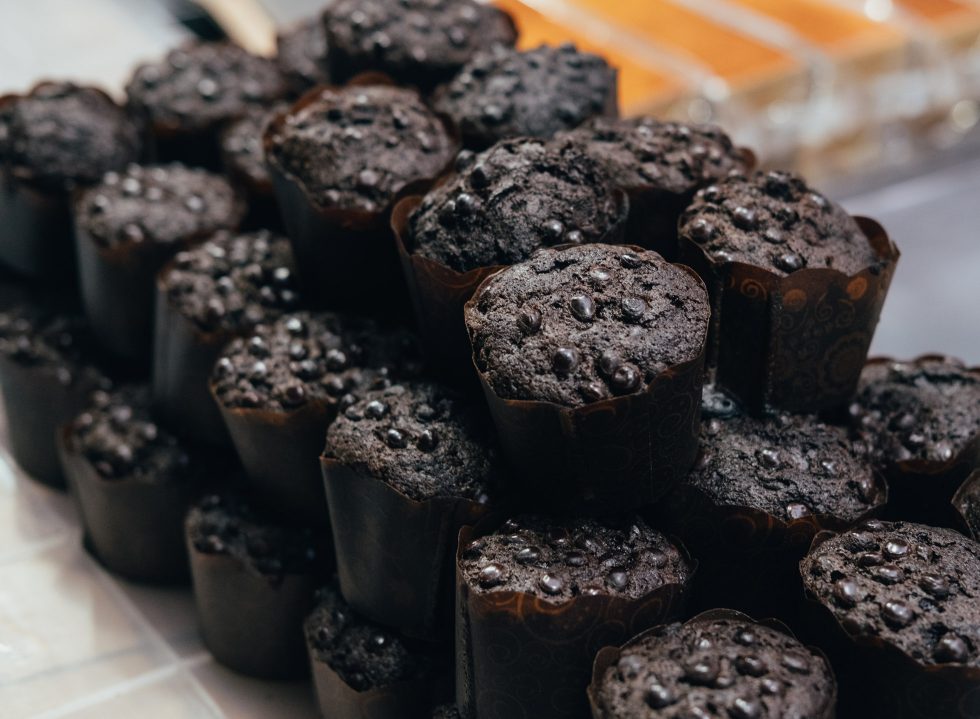 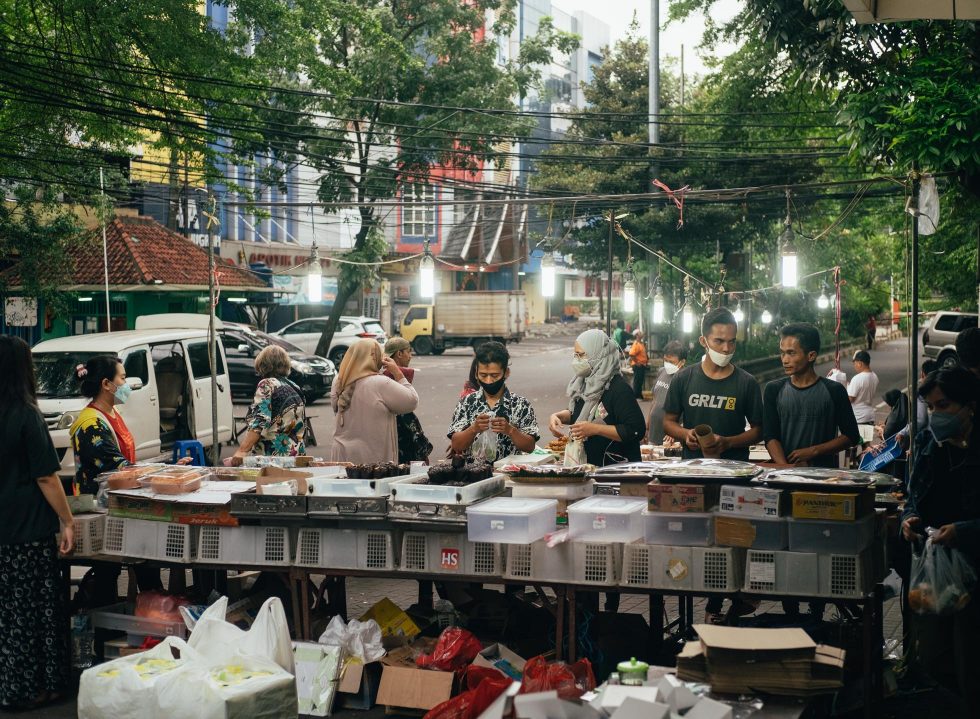 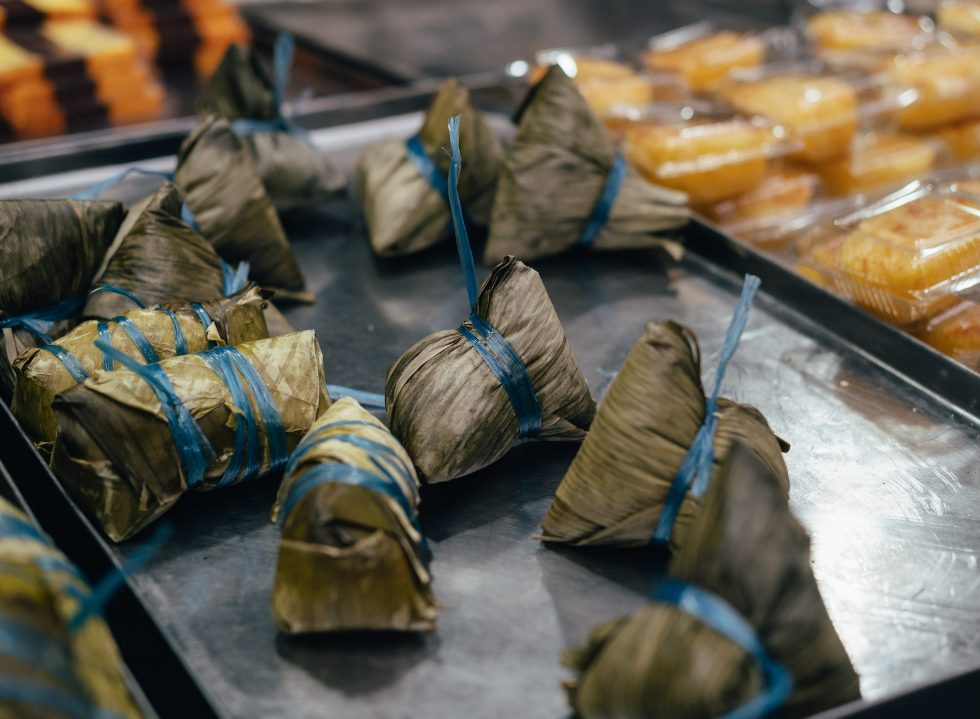 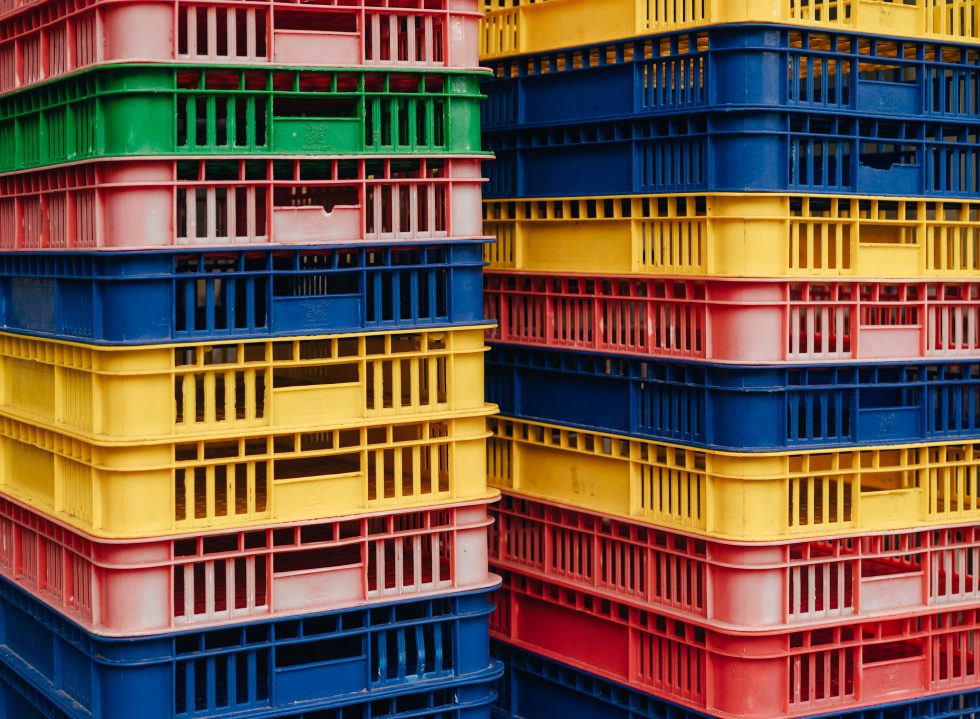 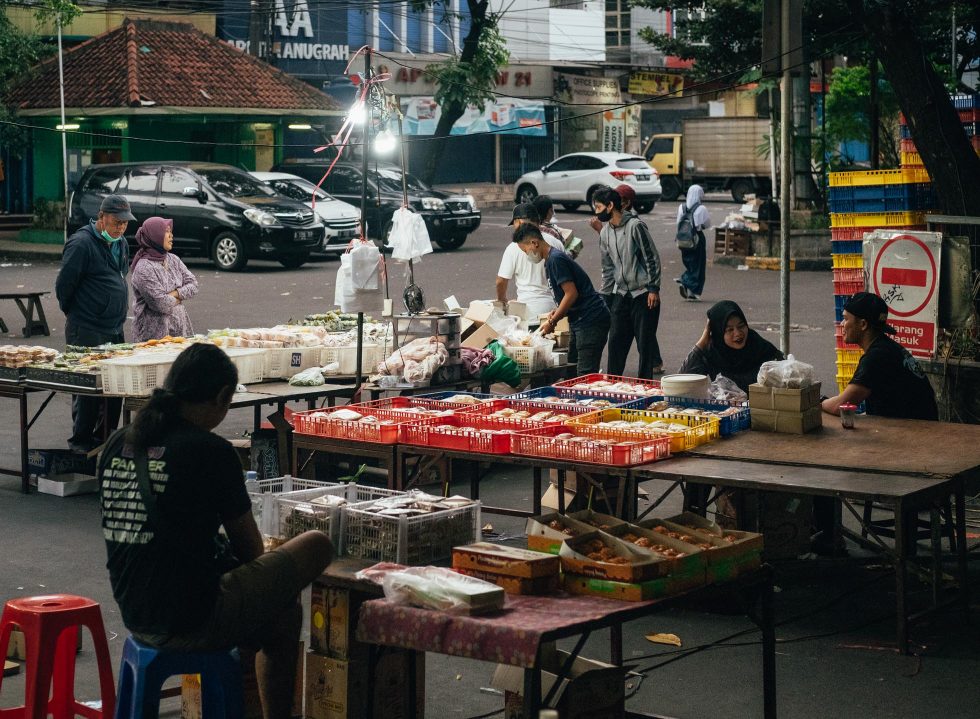 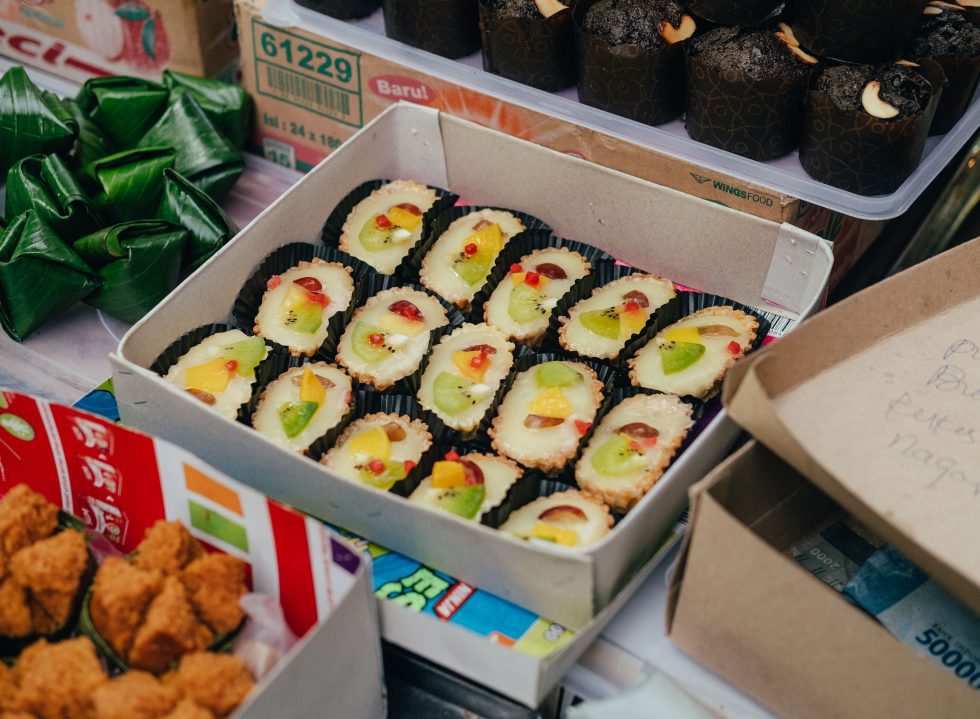 Share
Rows of traditional Indonesian snacks colour the tables at the longstanding Pasar Kue Subuh in Blok M. From pastel, nagasari to lapis legit, the collection of treats rewards those willing to make the trip at daybreak for a fresh batch.

When most of the city descends into their slumber, another group awakens to the inky night sky. Among the latter, some make their way to Blok M Square through the dusky streets of the metropole with their colourful wares: jajanan pasar or ‘treats of the market’.

Every day, from two until eight in the morning, rows upon rows of these traditional delicacies—ranging from fried pastries, sticky sweets wrapped in banana leaves, neon-coloured steamed cupcakes and many more that don’t necessarily fit the English lexicon—fill the tables at Pasar Kue Subuh Blok M.

From bika Ambon, lapis Surabaya to sosis Solo, the culmination of these snacks is like a reflection of the melting pot that is Indonesia. And fittingly, whether arranged neatly on bamboo trays layered with banana leaves or mixed and matched into white carton boxes, jajanan pasar can often be found at get-togethers and social functions across the nation, from celebratory events like weddings and birthdays to sombre moments such as memorials.

Established in the ‘60s, Pasar Kue Subuh Blok M has witnessed the many shifts that have swept through the neighbourhood, from the rise and fall of Aldiron Plaza all the way to the introduction of the MRT in 2019, which gave new life to the area.

But it hasn’t been the same since the pandemic struck. “Before, I could sell up to 1000 pieces of each snack within a day. Now, I’d be lucky to sell 300,” told Uni, one of the sellers in Blok M. The Javanese woman, who prefers to be referred to by her Minangnese nickname which means ‘big sister’, and her husband have been working in the trade for seven years now, offering their collation of jajanan pasar from a fluorescent-lit table underneath the eastern eaves of Blok M Square mall.

A similar sentiment is echoed by Fransisca, who owns one of the stalls at the outer edge of the market with her husband, Rudi. “I wasn’t around much before the pandemic, but my husband told me just how strikingly different the situation was then. So many people used to crowd into the market during peak hours at 4 am,” said the affable woman.

Her stall, recently renamed to Dica Snack to blend the couple’s names, has been a continued presence in the market since 1965, which was then owned by Rudi’s parents. Catering to the resellers who make up most of the market’s visitors, their snacks are affordably priced from 1000 to 2500 rupiahs.

“Everything here comes from home industries. That way, we can maintain a better overall quality, even though we have fewer supplies.” – Fransisca of Dica Snack

“Very few come here to buy something for themselves. Apart from orders for special events, which have become a lot less frequent since the pandemic, most sales come from people who are looking to sell the snacks elsewhere,” shared Uni, who also has her own base of resellers.

Despite the pocket-friendly price, quality is still a priority in Pasar Kue Subuh Blok M. Even as big businesses slowly take over, the wholesale market still operates solely on smaller-scale productions. “Unlike the market in Senen, where some of the snacks are made in big factories, everything here comes from home industries. That way, we can maintain a better overall quality, even though we have fewer supplies,” explained Fransisca.

In Fransisca’s case, part of the production for Dica Snack is managed by her eldest sibling-in-law, which sees treats like molen (banana-filled pastry), brownies and chocolate muffins made fresh daily. Yet even with the stall’s history and loyal pool of customers—from aunties purchasing to resell as a side business, to hotels and local institutions—there is still doubt on who would take over the family business.

“Kids today prefer earning through digital means instead of doing this kind of work,” bemused the grey-haired woman. “Even my own son is uninterested in continuing the business. He would rather trade stocks online, which is something I’ve been doing myself to better connect with him.”

Beyond Fransisca’s business, the fate of the wholesale market is also hanging by a thread—and it shows. Pasar Kue Subuh Blok M is significantly smaller now compared to just a few years ago. Many sellers have had to close up shop, unable to make up for their losses due to the massive drop in sales throughout the pandemic.

In the face of all that, Fransisca remains optimistic: “Once this pandemic is truly over, I’m confident that the market will gradually go back to normal, even as things become more and more digital. People still want to see and taste the snacks that they buy before committing to a particular stall. A market like this is not something that you can replace or emulate with online shops.”