Opinion: On Adulting via the Pandemic - Manual Jakarta 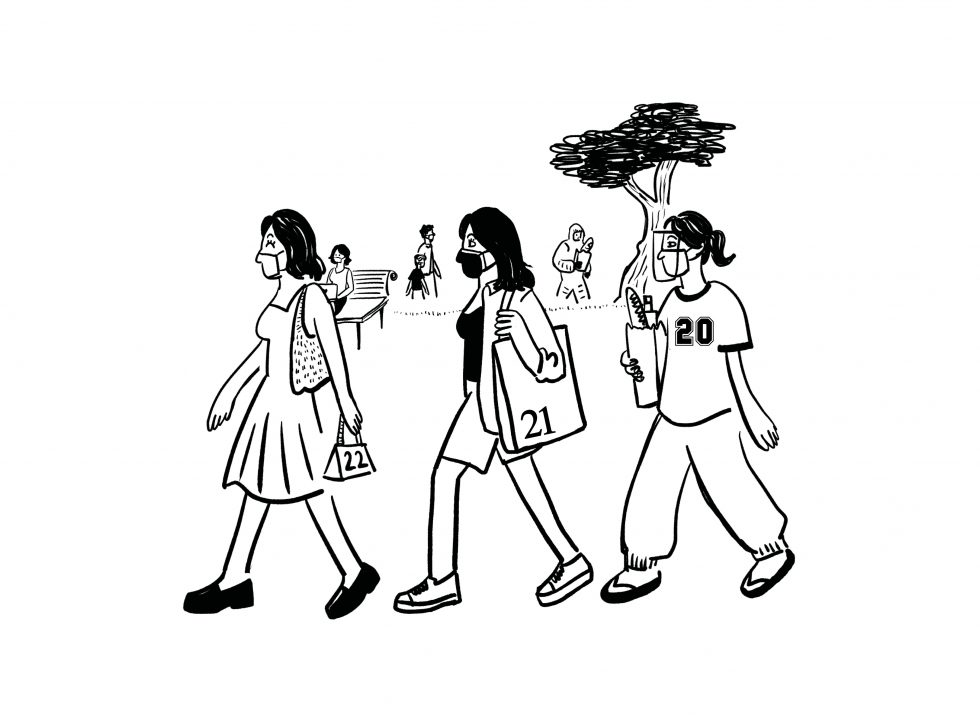 Share
After more than two years spent living in a pandemic, Associate Editor Runi Cholid’s way of adulting means coming to terms with ‘lost time’ and uncomfortable emotions to find opportunities for growth.

Who can truthfully say that they are the same people they were before the pandemic began just a little more than two years ago?

When news of the newly-mandated WFH policy reached me that sweltering Sunday in March, I was an aimless 24-year-old wrung dry of my youthful passions and working in a field I wasn’t sure of. While life, as we knew it, effectively came to a halt, all I remembered feeling was a flush of relief about not having to go to the office on Monday. A few weeks later, I experienced my first of several pandemic-induced breakdowns.

This emotional mixed bag of pleasure and sorrow was a consistent company of mine throughout the early days of the pandemic. But amidst all the financial hardships, friendship breakups and reunions, a growing list of books to read and losses of loved ones, I felt a peculiar sense of peace, tucked in my parents’ house away from the big city.

The end of our then ‘normal’ reality finally gave the pause that I needed and hadn’t given myself since university. It also gave me time to invest in myself through rediscovering old hobbies like cycling and reading, even if only as a means to detach myself from the seemingly apocalyptic reality.

Viewed in retrospect, it’s easy to recall those early days with rose-tinted glasses when compared to what came after: Delta.

We all remember that period. Overflowing hospital beds, the passing of relatives, severe paranoia and just constant anxiety from hearing the unending wailing of ambulance sirens. I was 25 by then, bitter, angry at people who disregarded protocols (not out of need, mind you) and caught in the grief and languish that I soon learned so many others, too, shared.

Sylvia Plath likened her depression to a bell jar. This languishing, to me, was like a cocoon that refused to break open; forced by circumstances to keep its inhabitant safe and indifferent inside while slowly eating it alive. Even as I moved back to the city to commit to a job that finally fit me, I still felt like my life was on pause. Where was my ‘roaring twenties’?

Things ultimately shifted when the Omicron began to loosen its grip. I hope it’s not too early to say, but it feels as if the curtains are slowly closing on the saga of COVID and we can finally move on with our lives, scarred and changed but cautiously hopeful.

The cocoon is shedding its skin. I’m 26 now. I cook my own lunch, get angry less often over internet discourse and exercise regularly before work, all while enjoying every hint of a return to normalcy—even the traffic jams (occasionally).

Nevertheless, the pandemic has embedded itself so strongly in my journey into adulthood, that after coming out changed (almost) on the other side of it two years later, a part of me regrets the return to the pre-pandemic status quo. Instead of the resuming hustle and bustle and the ensuing digital migration, I had expected something more grounded in our relationship with one another that put people and the environment first.

Jesse in ‘Before Sunrise’ (1995) captured my dilemma best in his musings to Céline about the advancements of technology and its perks in saving time: “But what good is saved time if nobody uses it, if it just turns into more busywork?” What good are all these adversities if we just come back to the way we were before?

I know that we’re all working on it, though. We’ve been witnessing a growing trend of environmental and societal consciousness in the production of things that we regularly interact with in our lives; be it fashion, the rice that we eat or even our cleaning supplies. And it’s only the beginning.

It is perhaps premature and even slightly delusional to look at the pandemic as something that is nearing its end. But as middle-aged Jesse said to equally middle-aged Céline in the last movie of the Before trilogy, “You gotta be a little deluded to stay motivated.”