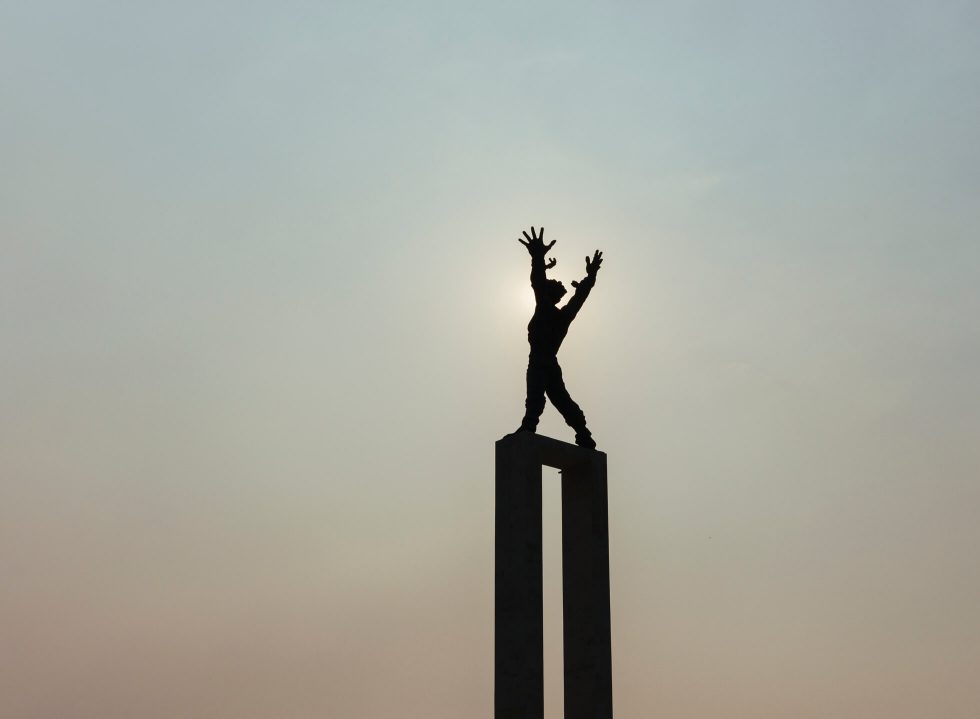 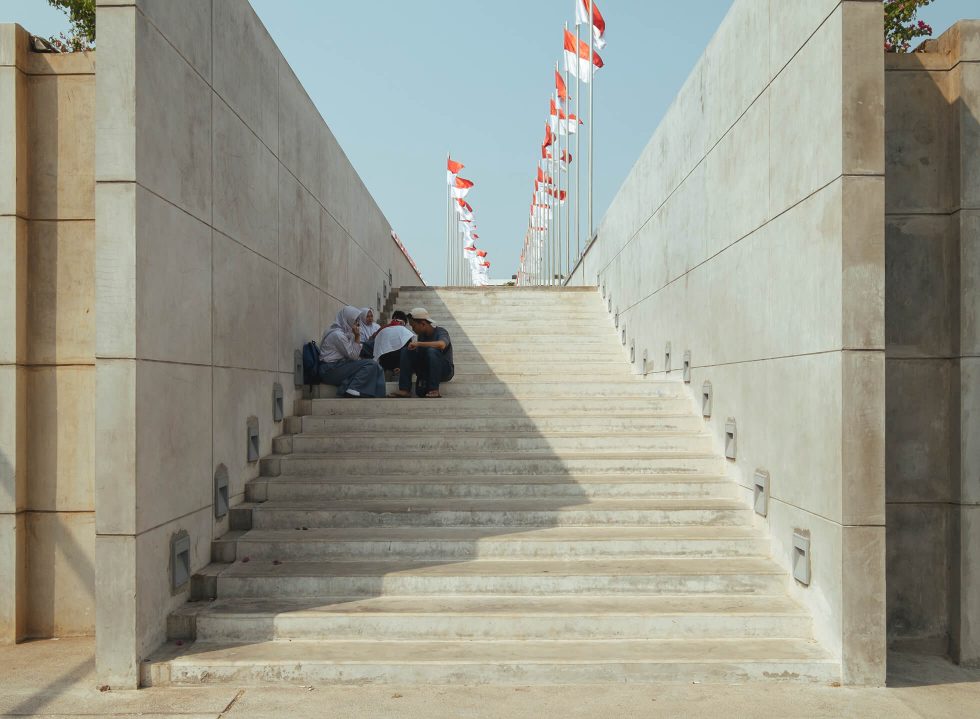 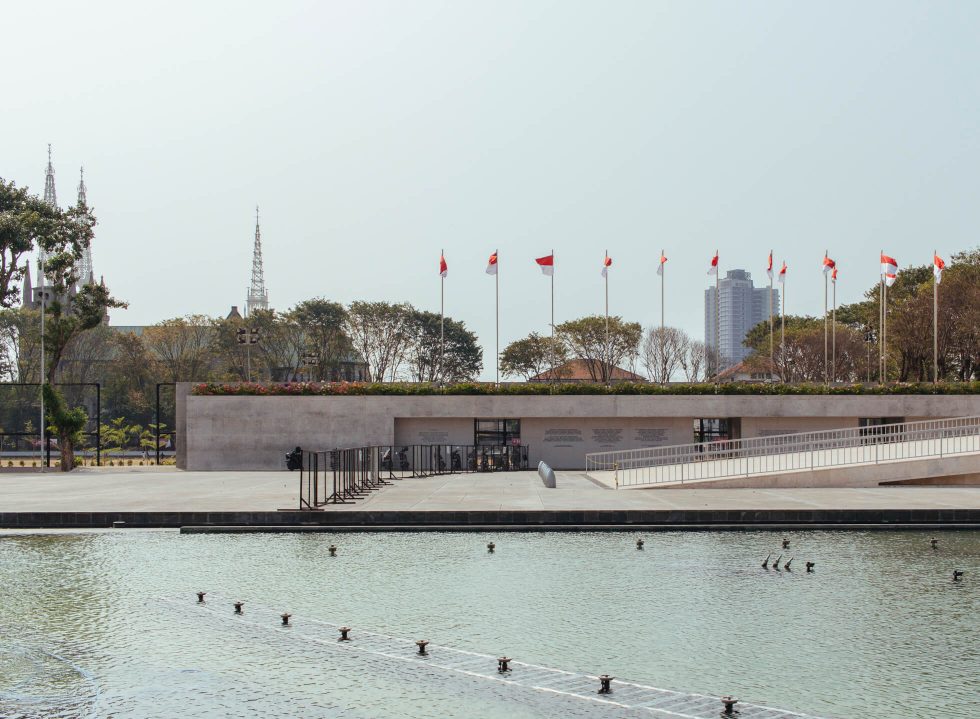 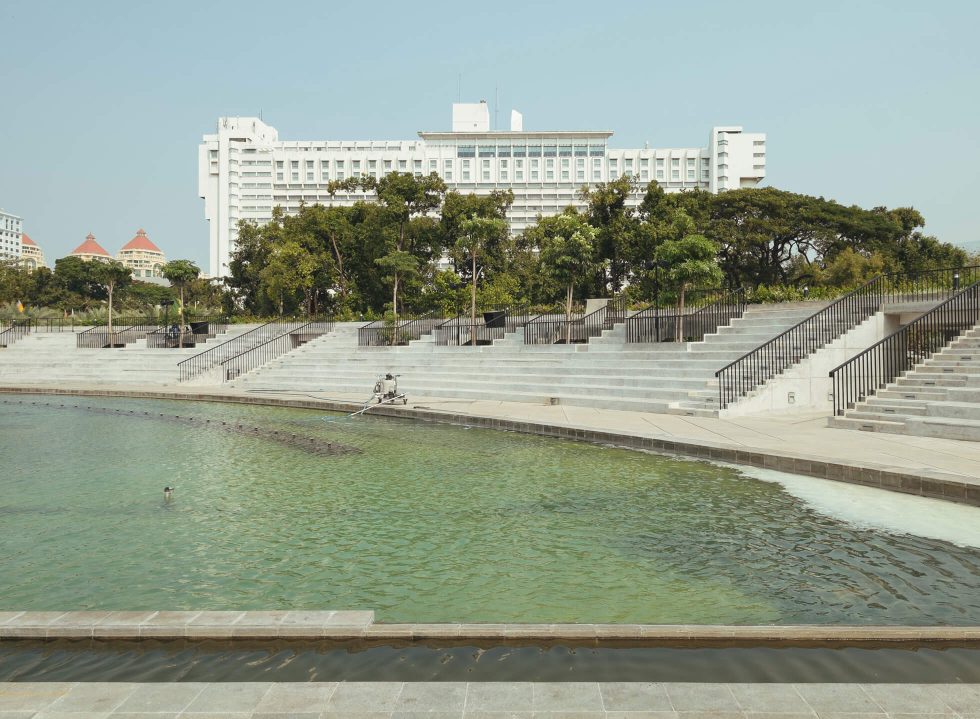 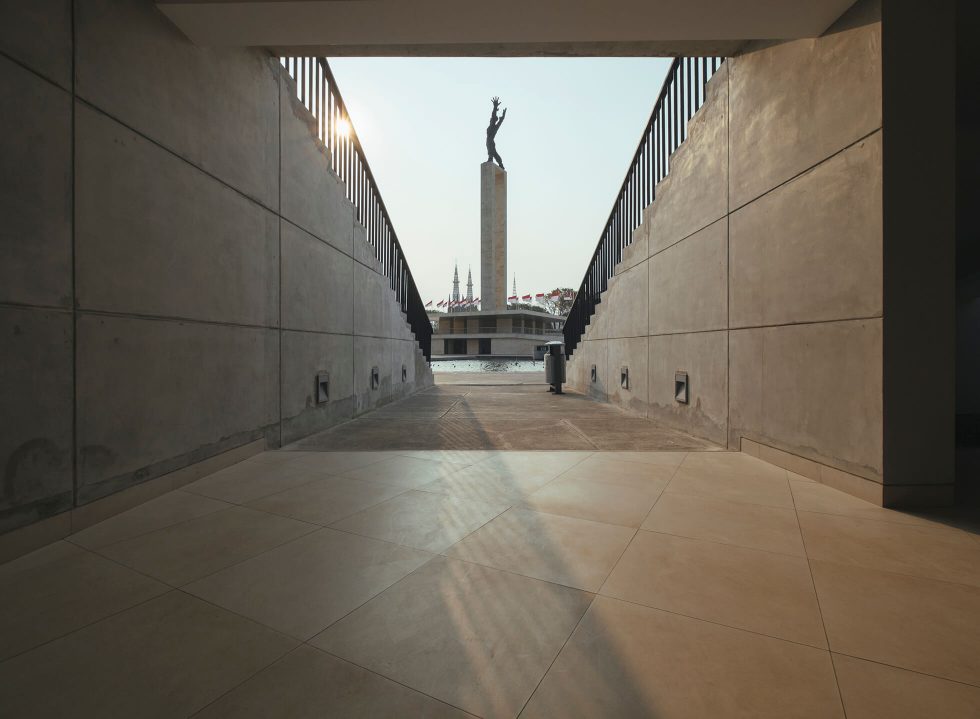 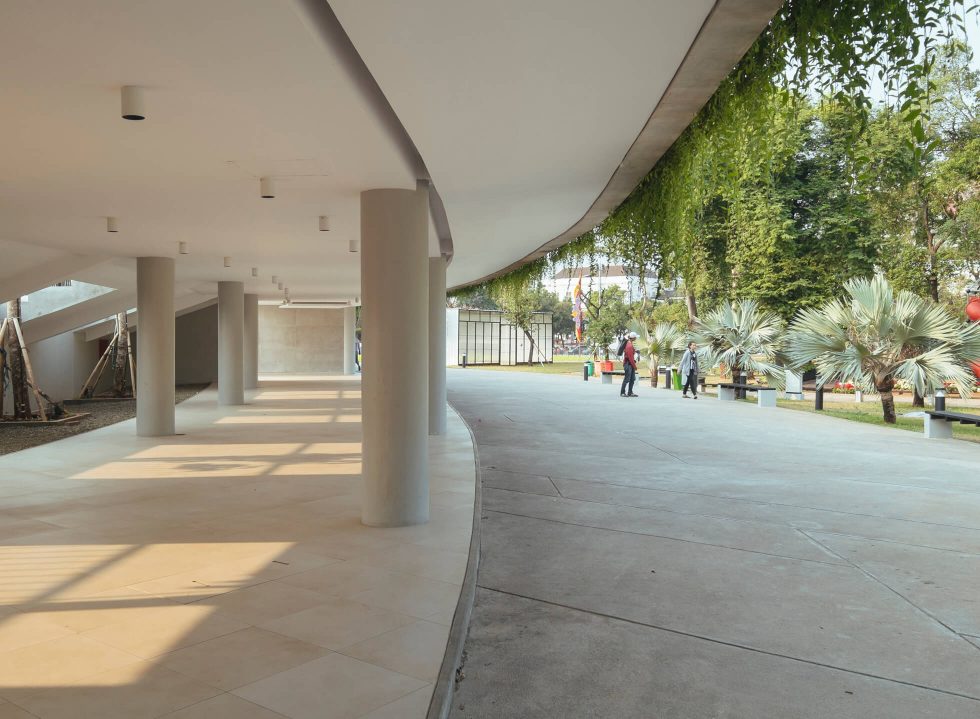 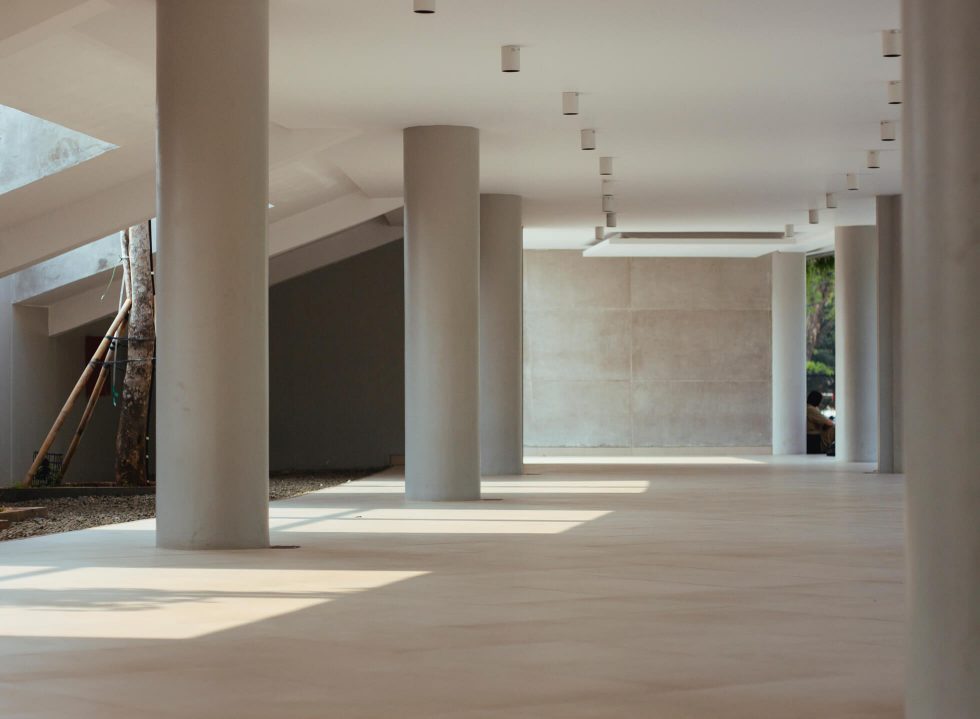 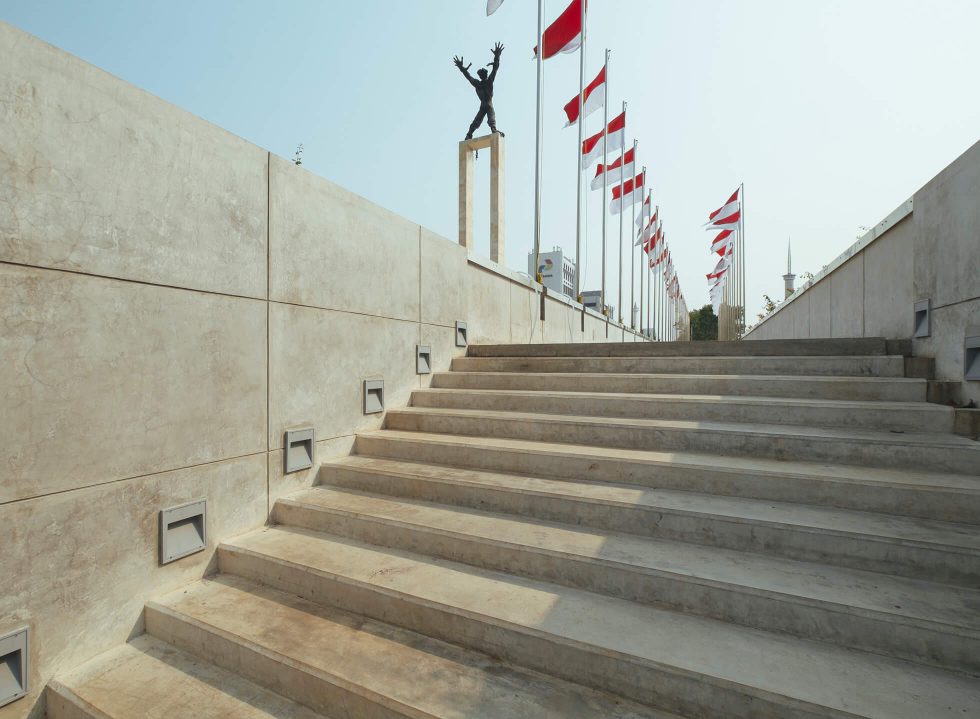 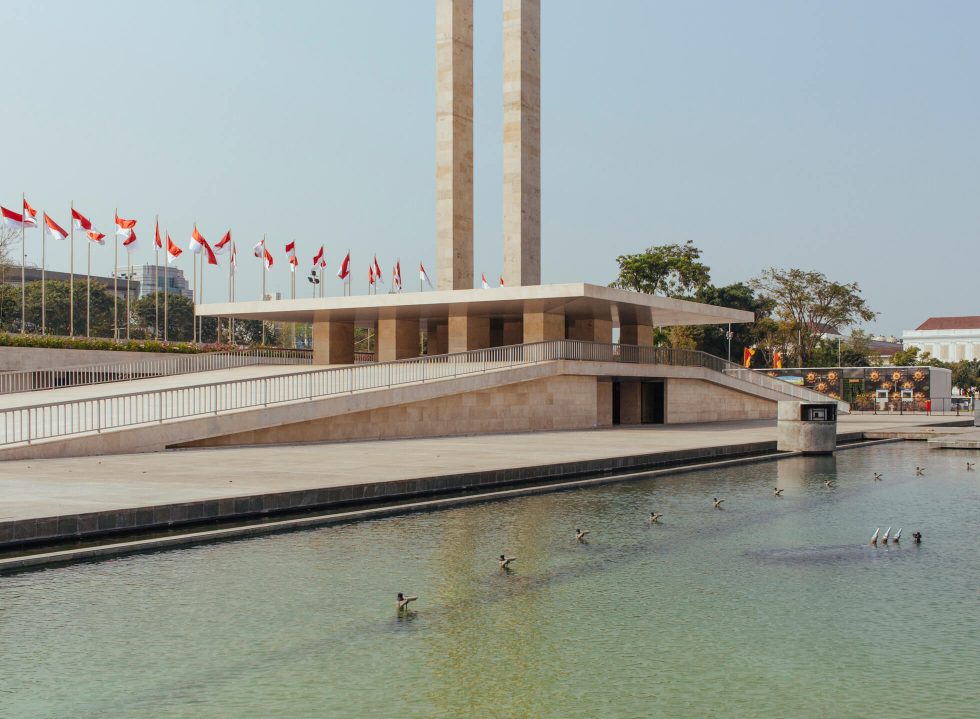 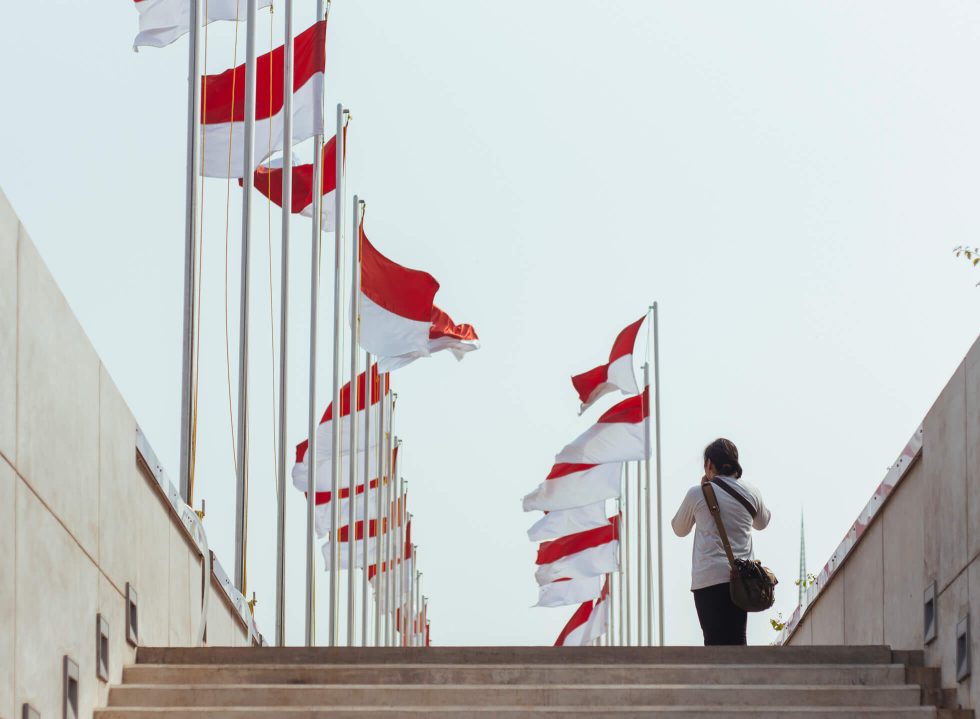 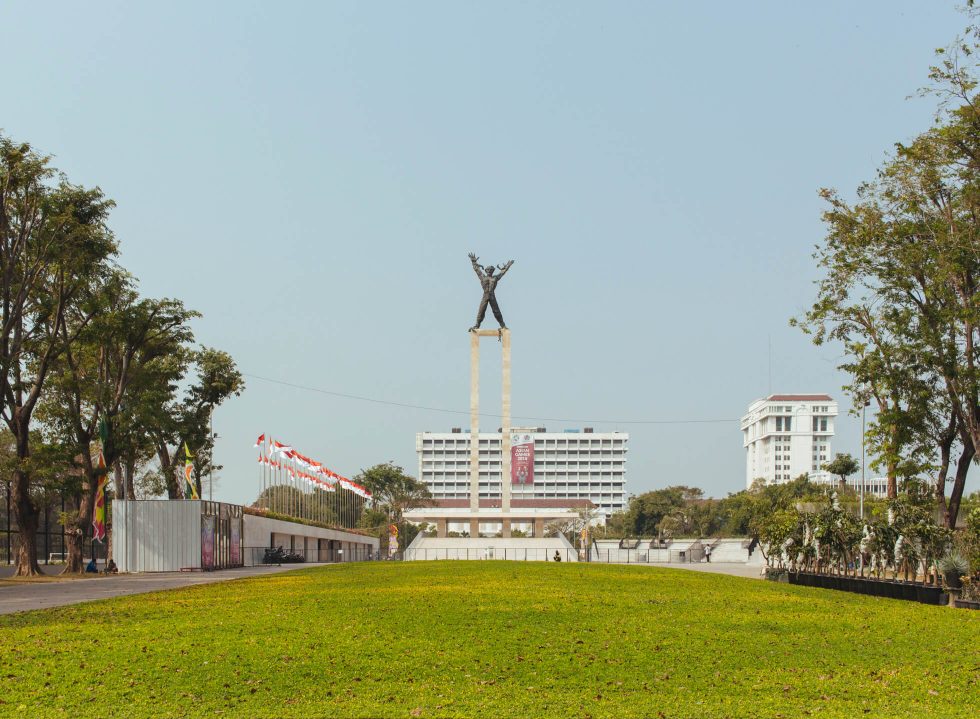 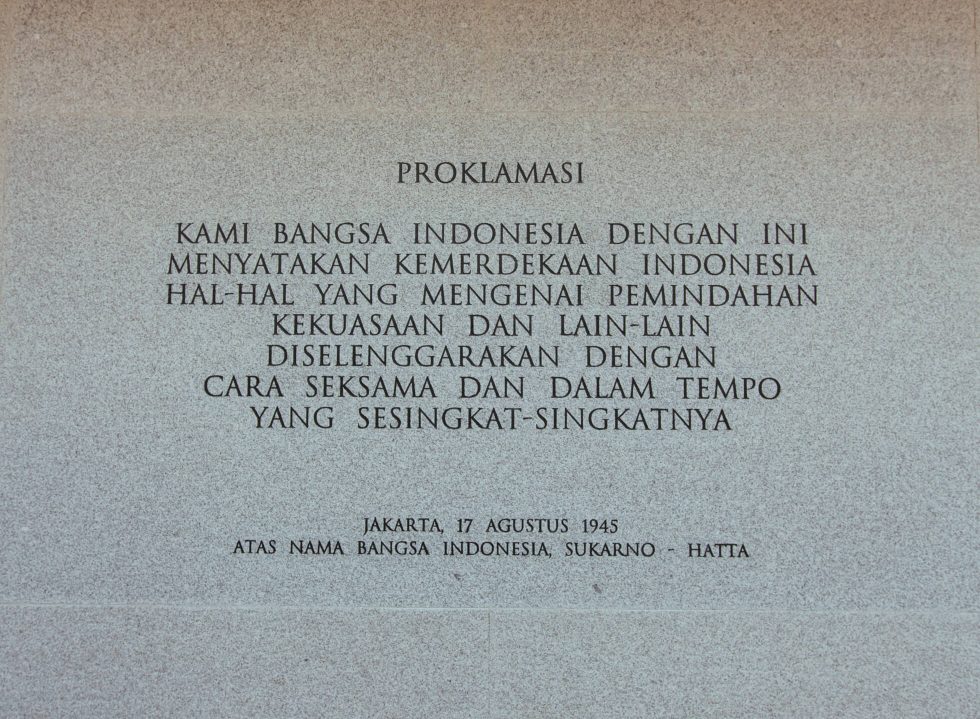 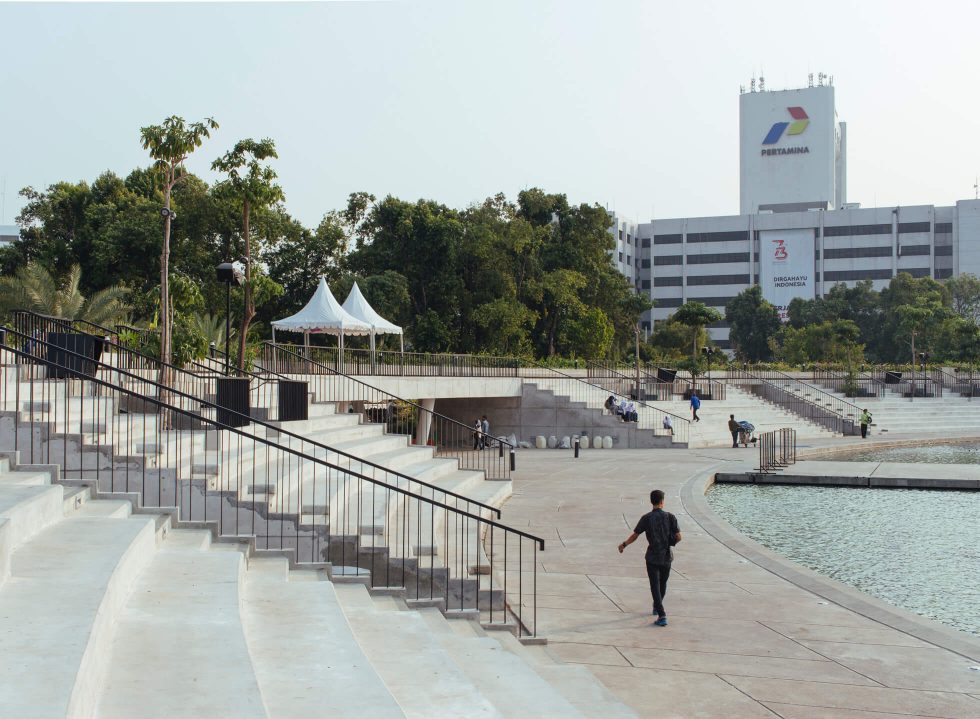 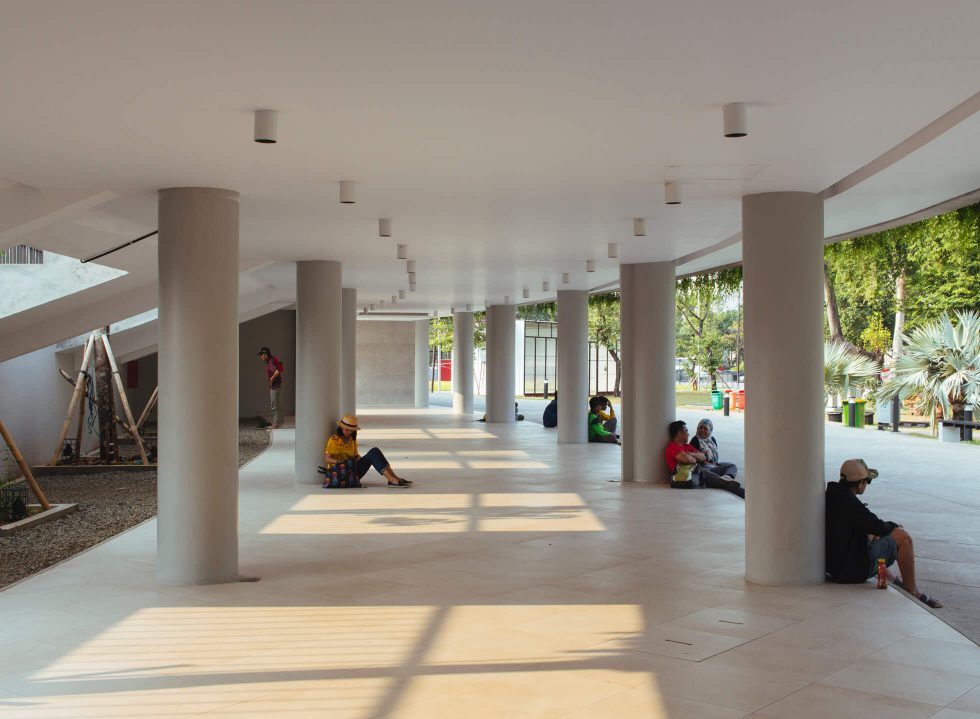 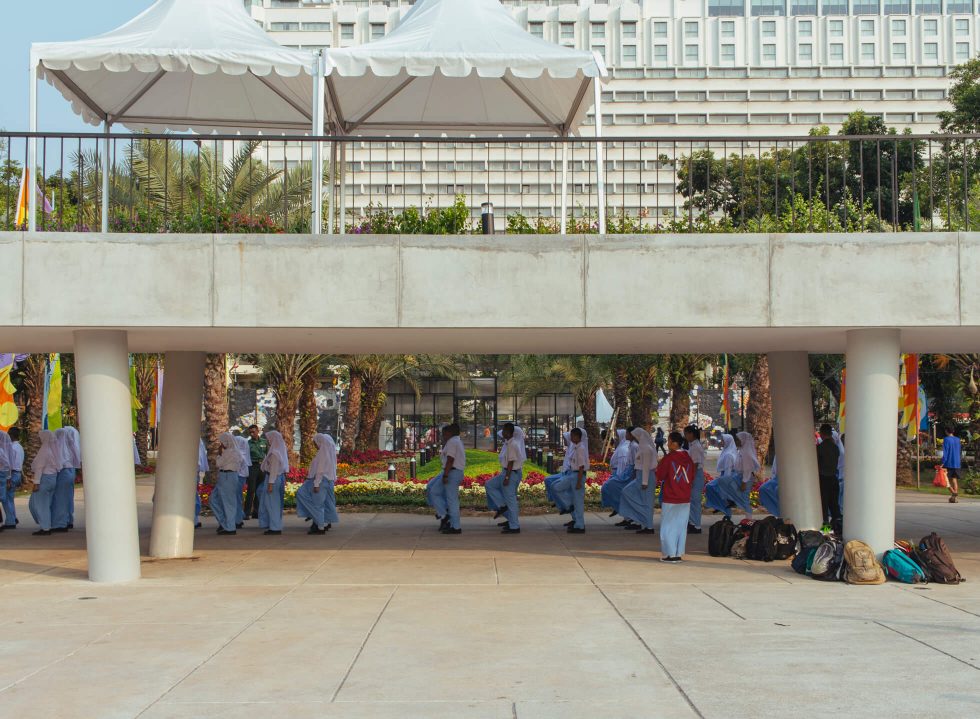 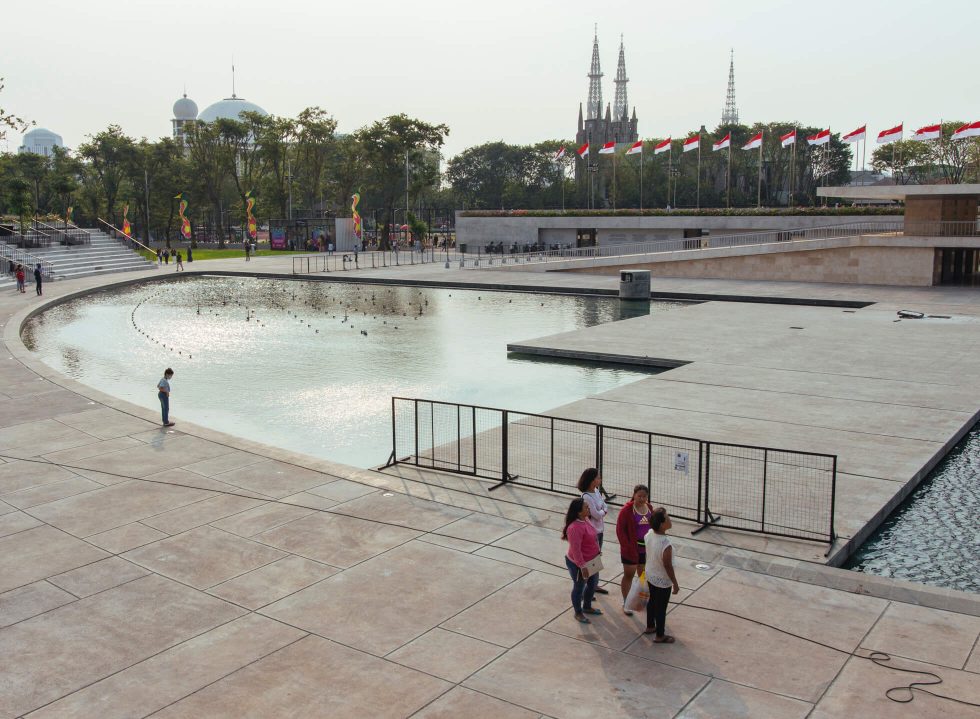 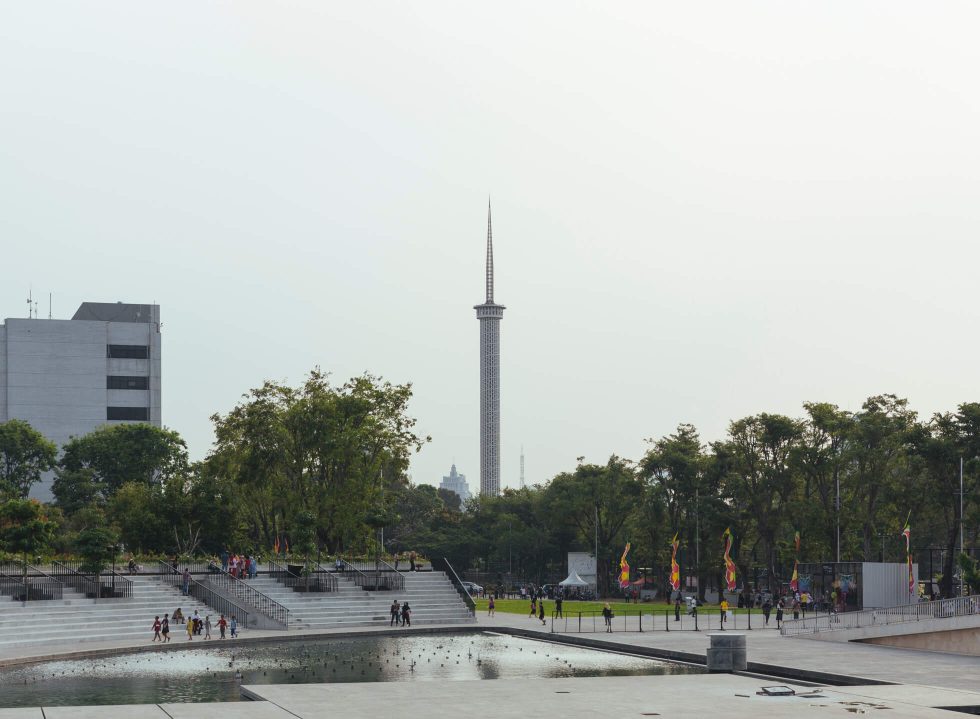 Share
Our next Manual Excursion brought our feet to the newly revitalised Lapangan Banteng where history and recreation are merged into a friendly public square backdropped against one of Jakarta's historical monuments.

Located among other landmarks such as Gereja Katedral Jakarta and Istiqlal Mosque in Central Jakarta, Lapangan Banteng is a site that carries a baggage of history to remember the nation by. But, for a while too long, the place has gone off people’s radar and gained an undeservingly negative reputation after years of neglect. As so, a revitalisation was called upon and after two laborious years, Lapangan Banteng now presents itself as a promising outdoor public space that the city is definitely missing.

Led by architect Yori Antar from Han Awal & Partners, the overhaul feels nothing short of grandiose. With the fresh new look, Lapangan Banteng easily lures residents to come by for a little time off in the outdoors. Sectioned into three distinct areas, the square includes a sports and activities space, the monument, and the hutan kota for everyone, young and old to enjoy.

While the renovation was a total makeover of the square, the most noticeable and easily most impressive uplift was the monument area. The statue that stands tall right in the centre of the square is now surrounded by a crescent-shaped amphitheatre and a water pond. Here, visitors are invited to sit back at the spacious amphitheater and enjoy nightly water fountain show that’s aptly designed to freshen up the look of the square with a touch of festivity. On the other side, a gallery of engraved historical milestones is laid out along the side of the monument. From wall to wall, monumental speeches from the founding fathers are engraved onto stonewalls to commemorate victories of the past, including our independence.

The central monument itself, a man standing tall with his arms lifted in the air was erected back in 1962 when the country, after a tumultuous battle against the Dutch government, successfully united West Papua with the rest of the archipelago, thus the name Patung Pembebasan Irian Barat (West Papua’s Liberation Statue). With flags of red and white waving tall around the statue, it’s a sight to behold, especially during the afternoon’s golden hours.

In the further back, the park offers a lush and ornate space with trees and plants aplenty, thus appropriately named hutan kota, or translated in its literal sense, means city forest. This section houses anything from playgrounds to plant nurseries, as well as food stalls in neat rows along the pathways of the park. On a lazy afternoon, it won’t be surprising to see a handful of elderlies fall asleep in the middle of people-watching activity. Other visitors can be seen enjoying afternoon strolls, while a handful of young people could be spotted in the midst of their pursuit of a healthier lifestyle as they jog along the tracks. As the evening sets, young couples could be seen heading their way to the sprawling area for date nights in the outdoors.

For a brief moment, one may forget that they’re in the midst of urban Jakarta. The city is known for its dire lack of public space, a spot for the community to feel like one. Thus, a space like Lapangan Banteng where it feels secluded from the city’s hustle and safe to linger is always a welcomed addition. Especially for Lapangan Banteng, this revitalisation is more than just revamping a public spot: here, history is paid tribute and honourably preserved for everyone to take pleasure.