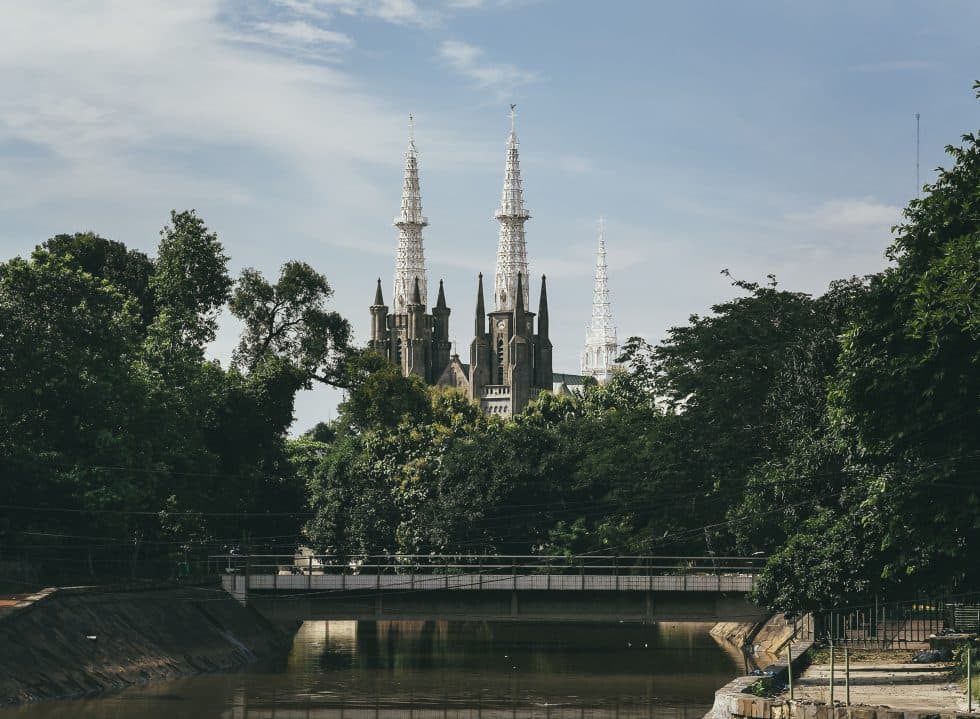 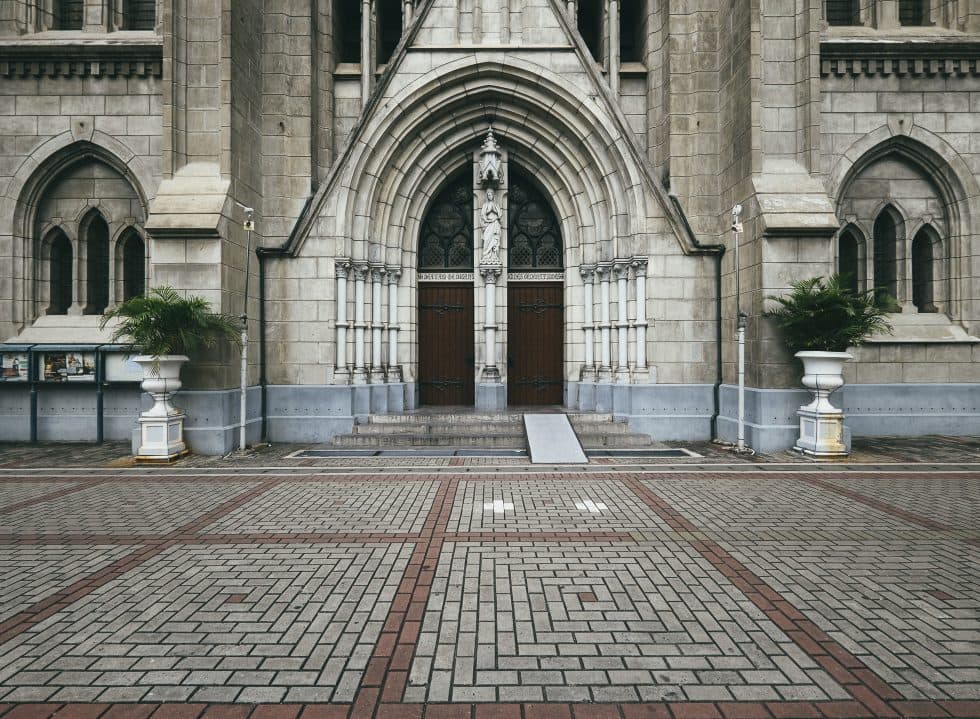 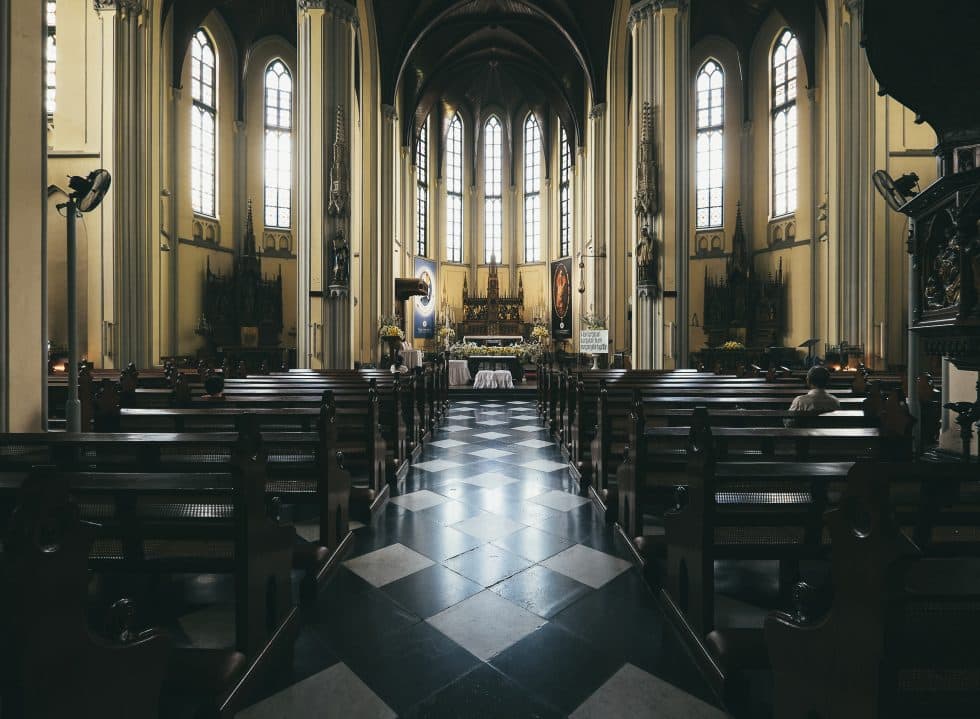 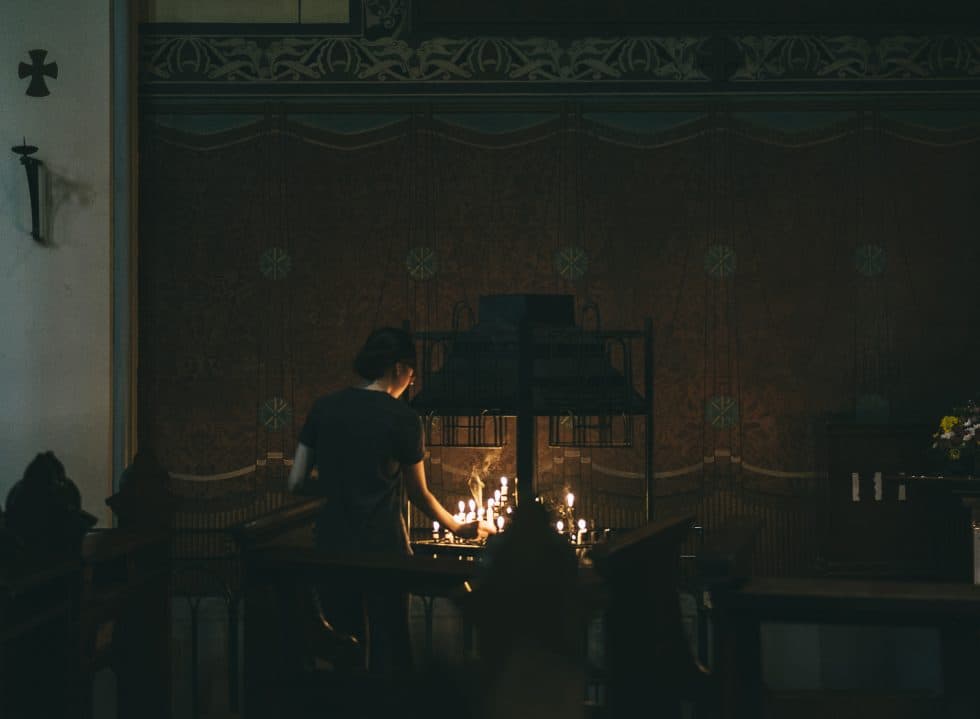 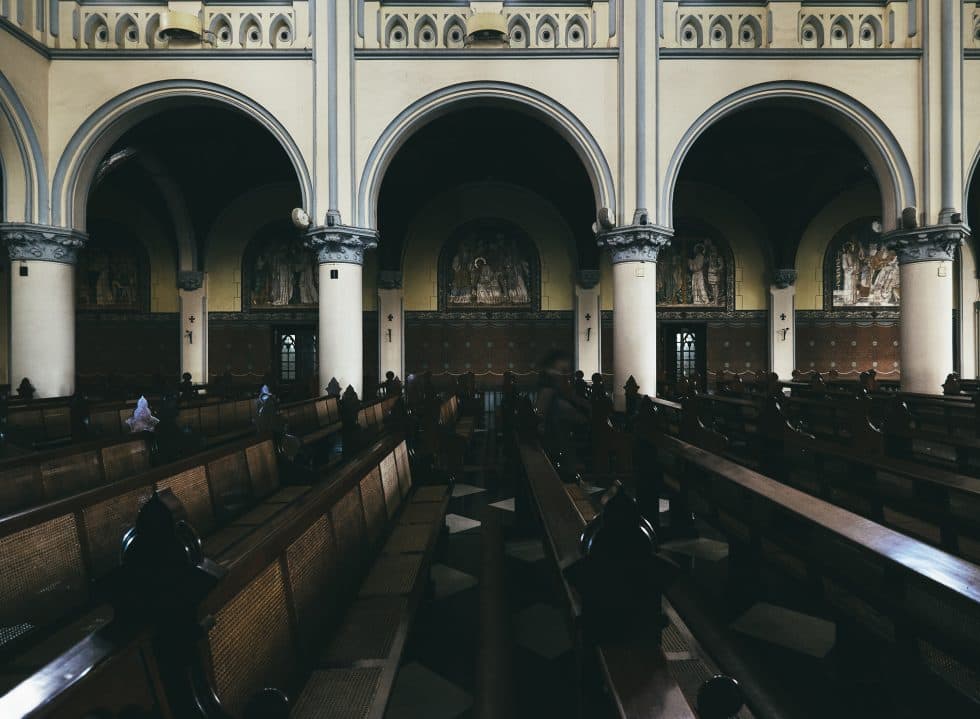 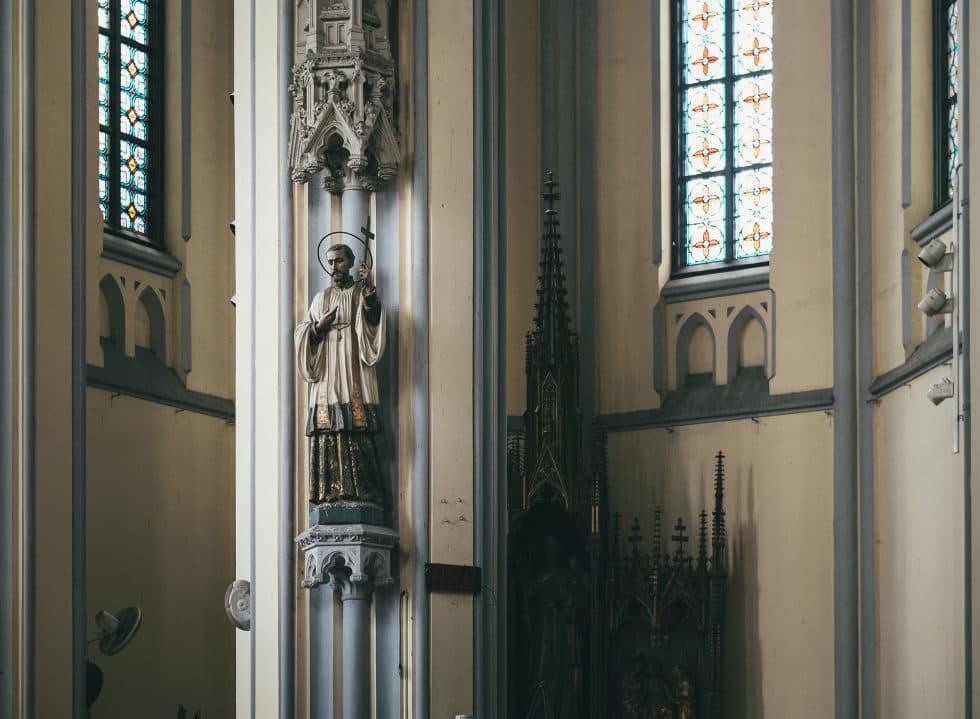 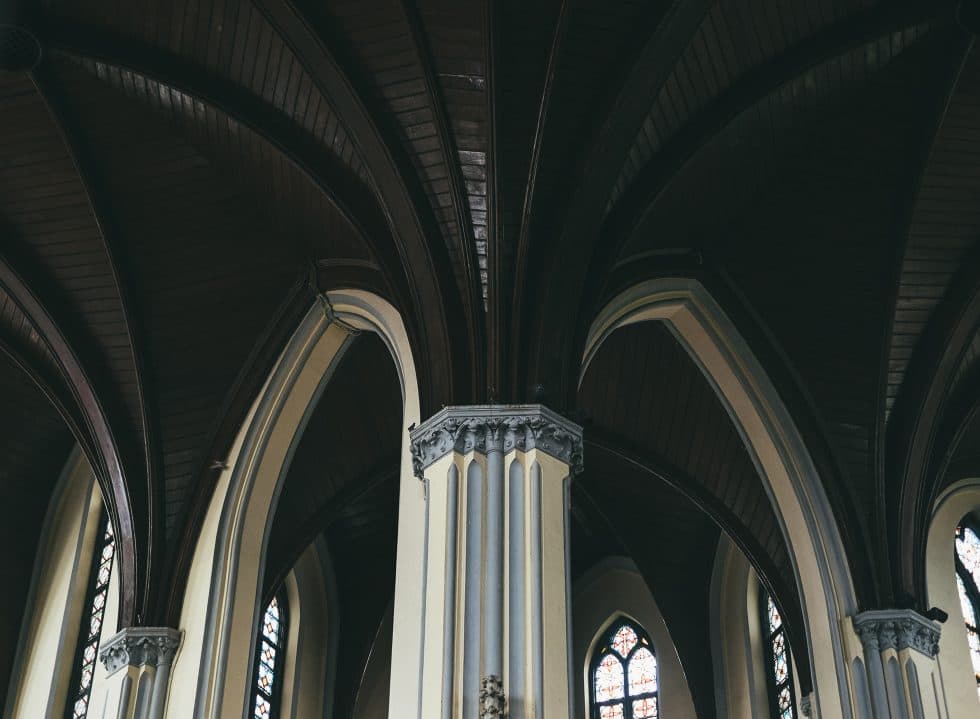 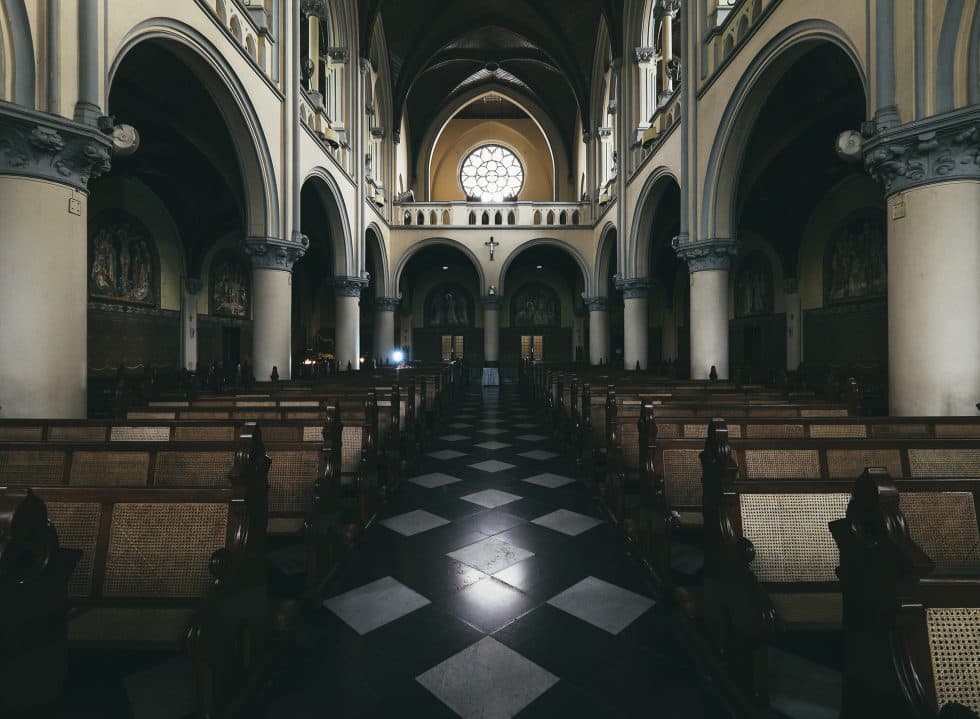 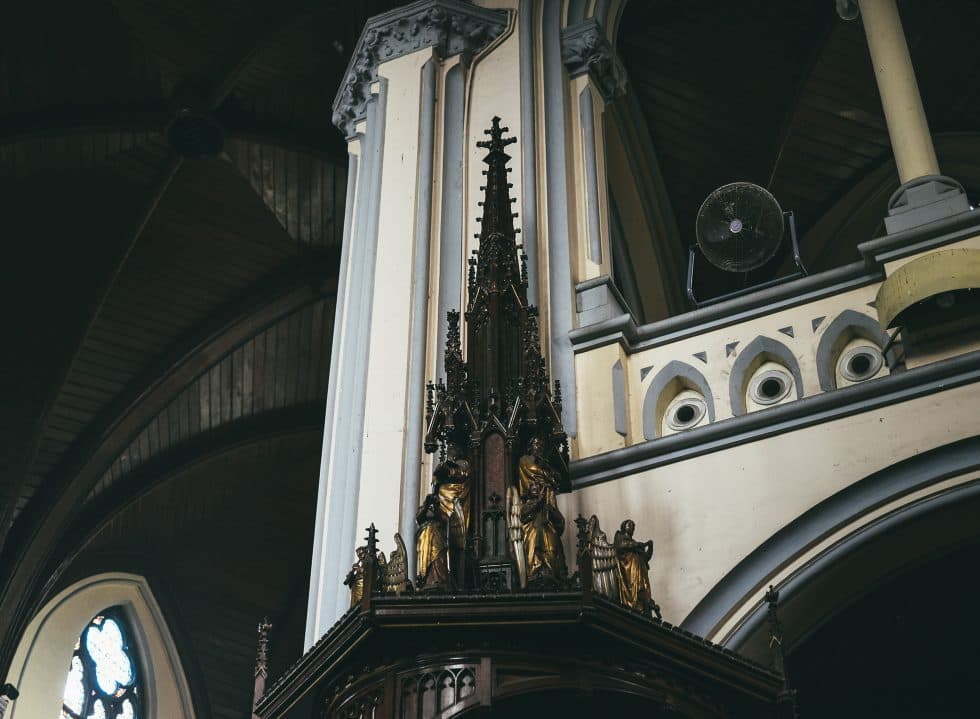 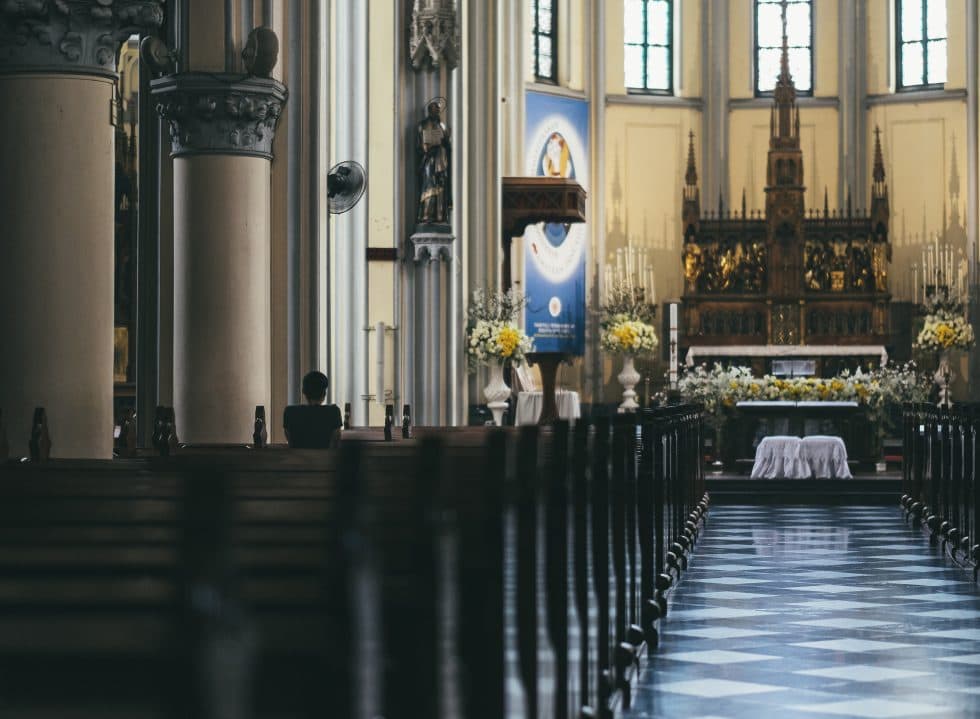 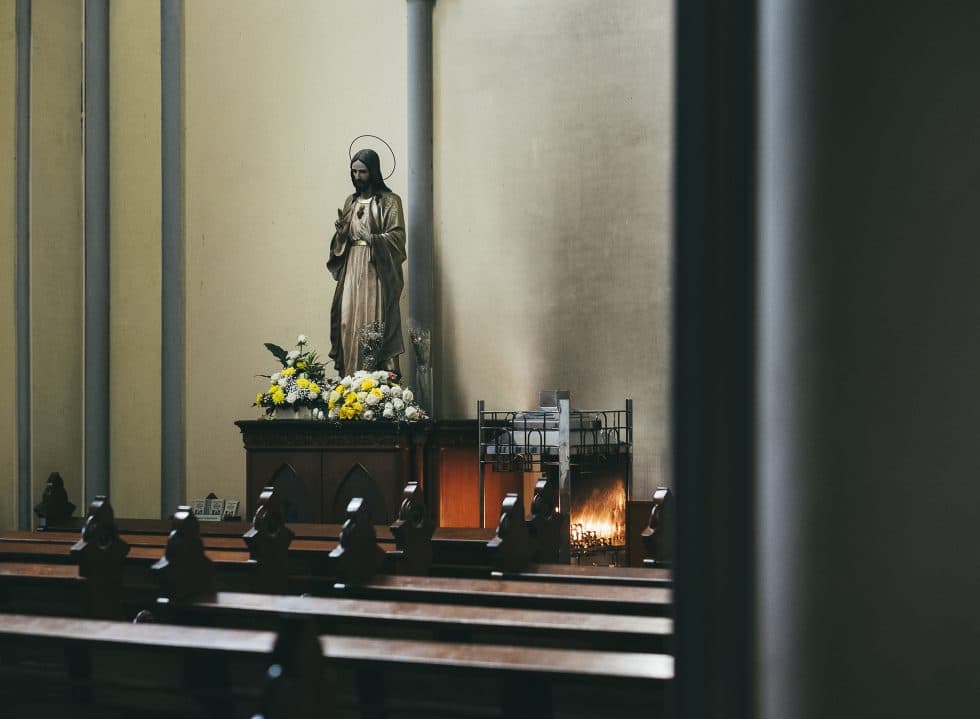 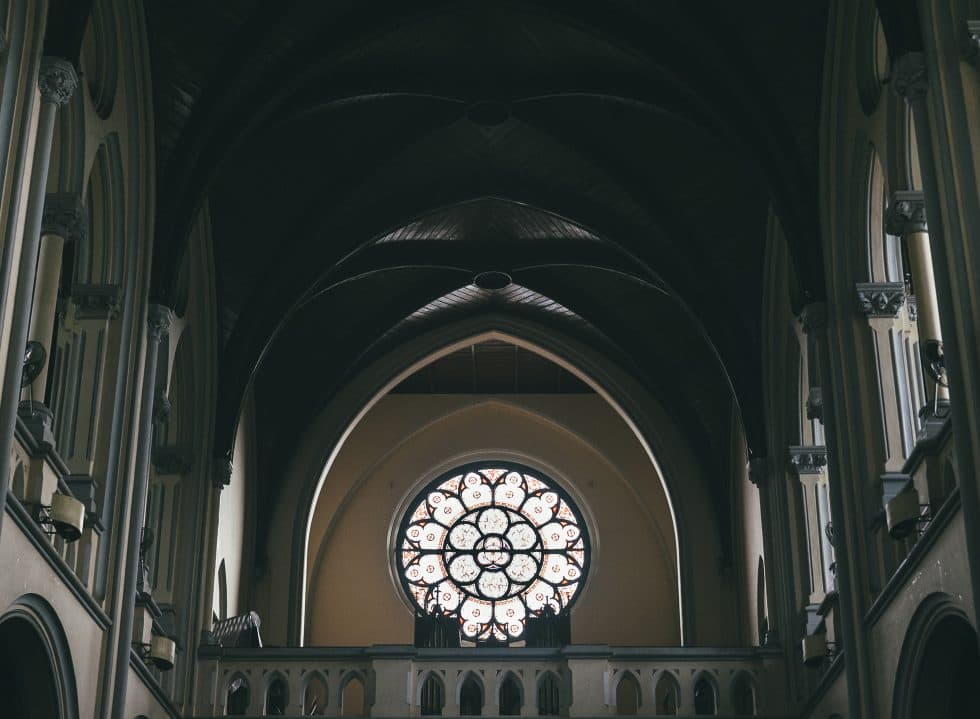 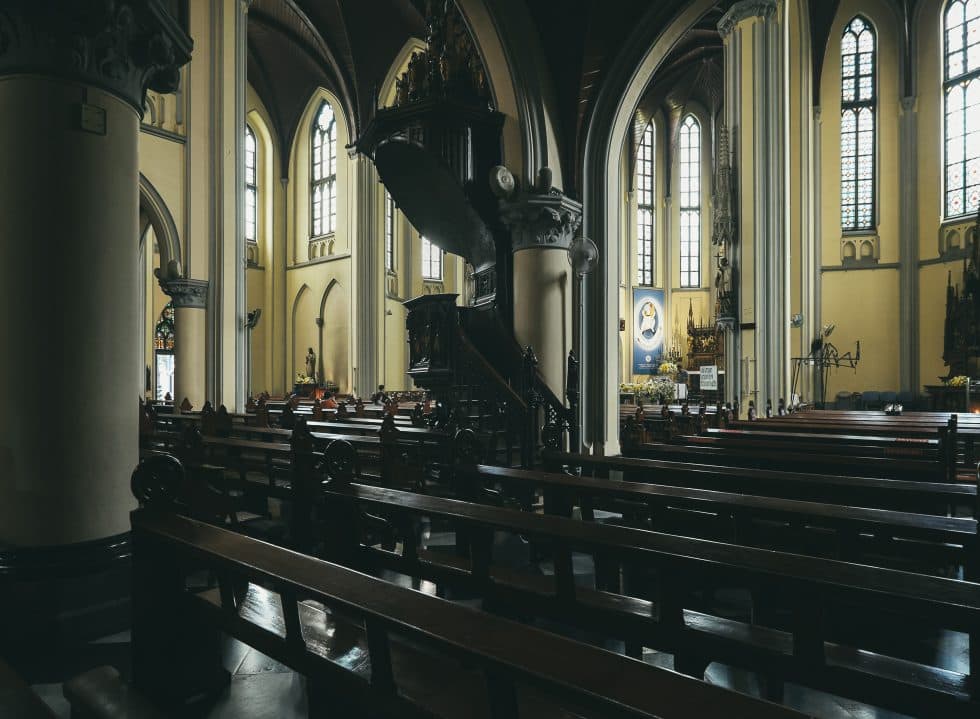 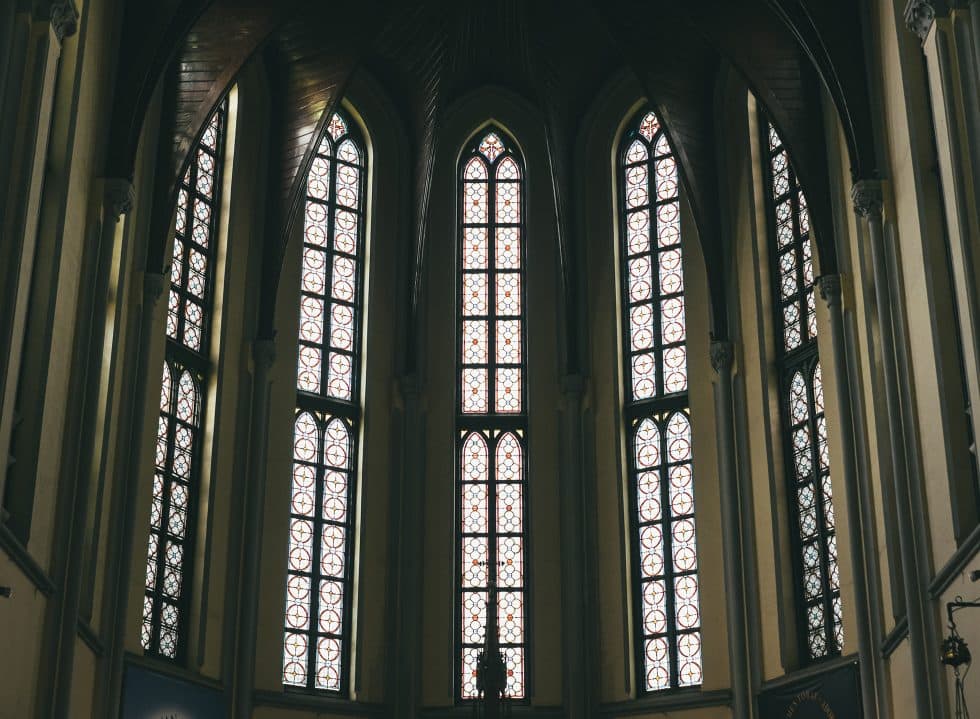 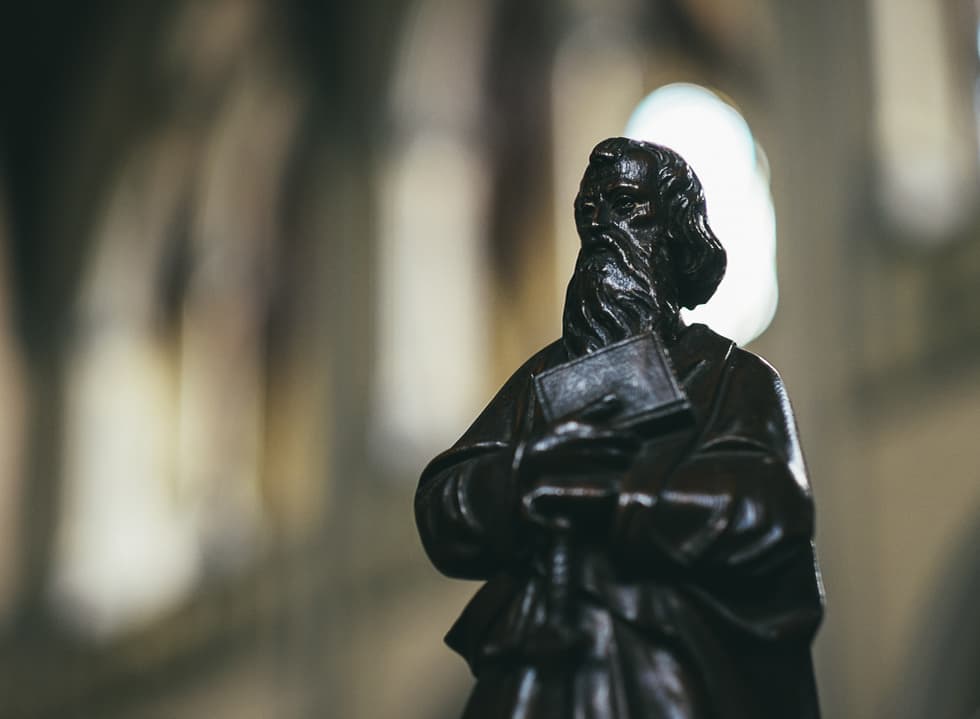 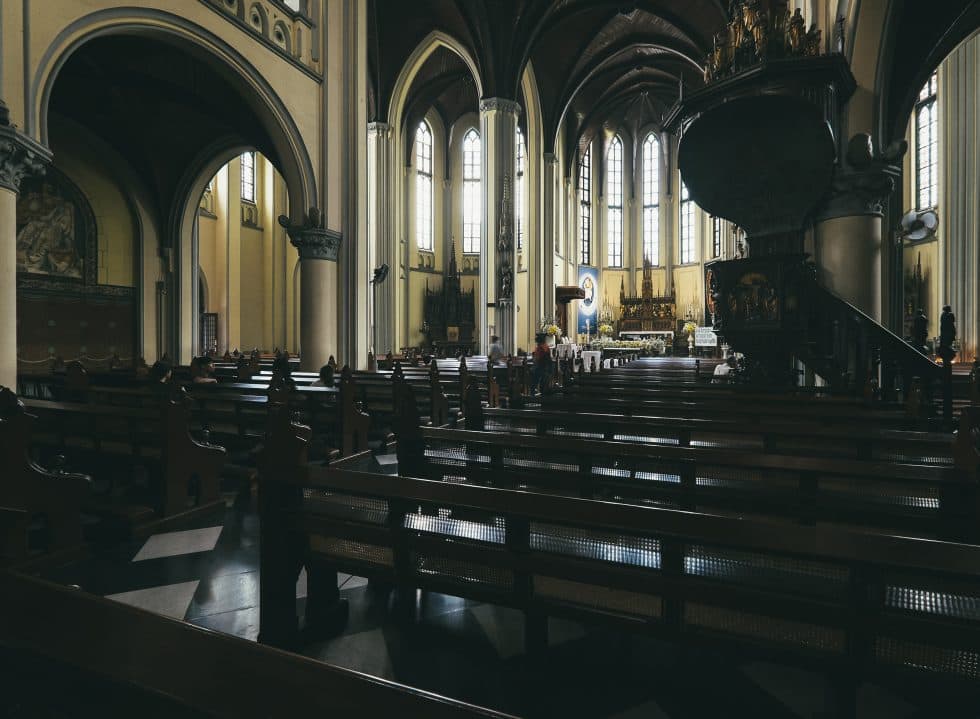 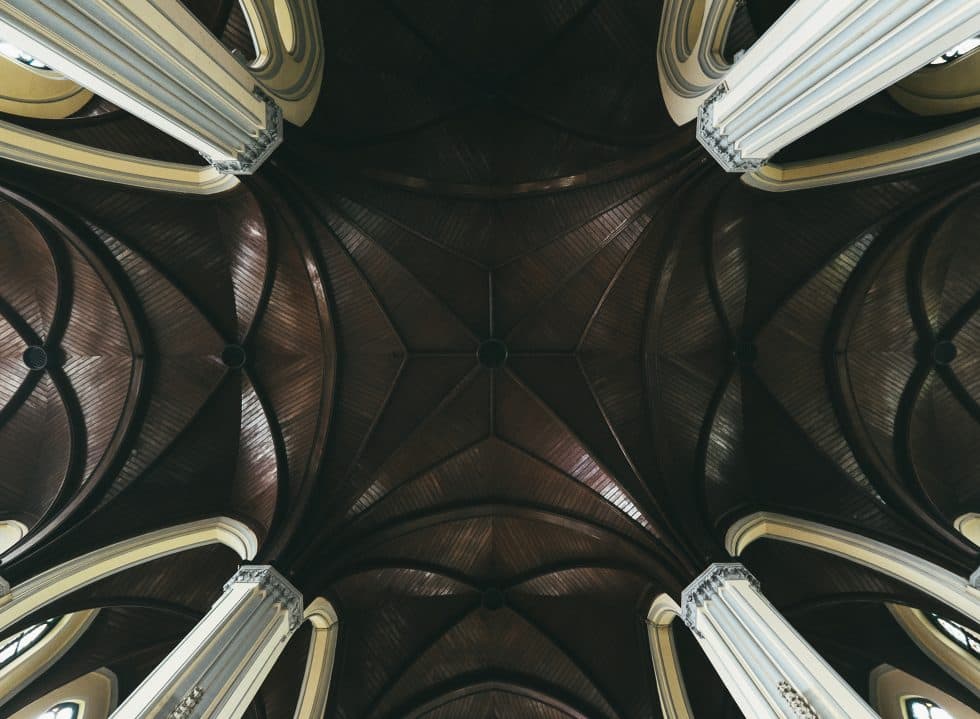 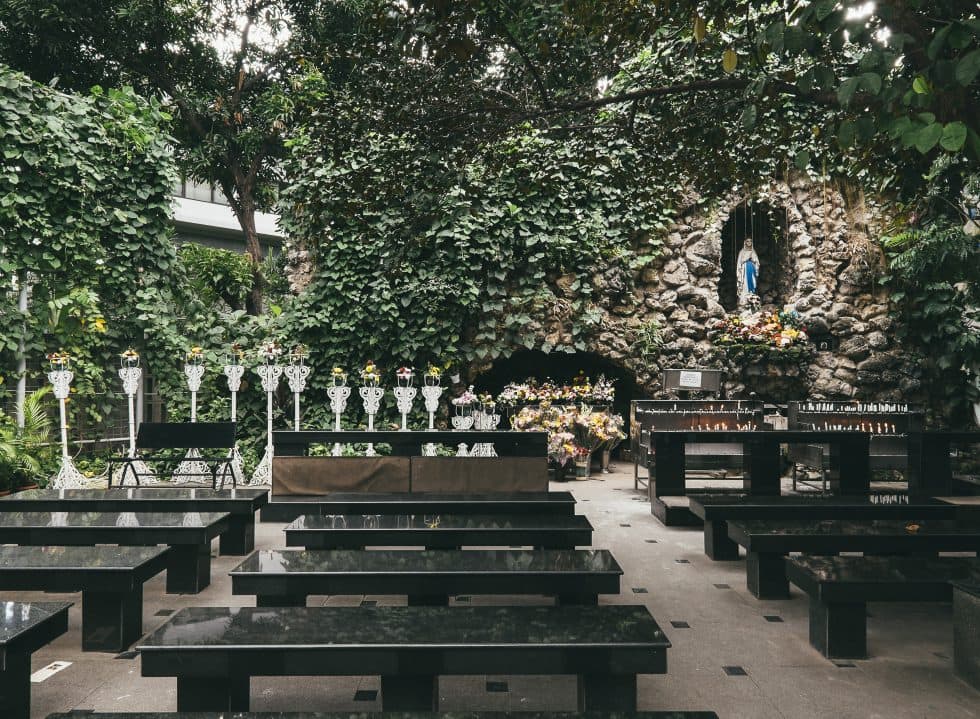 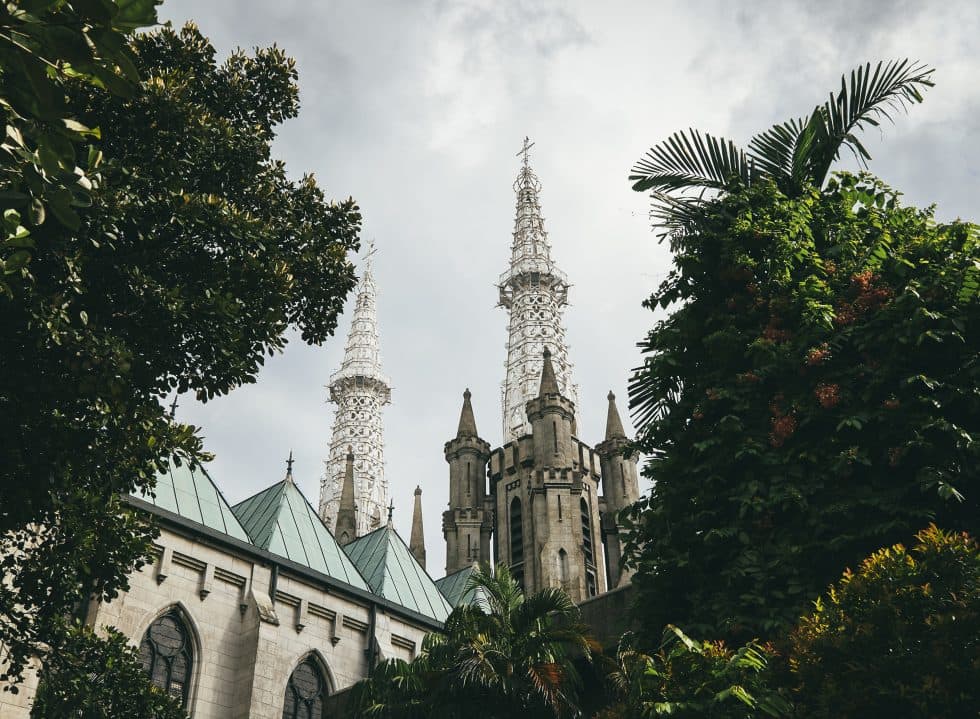 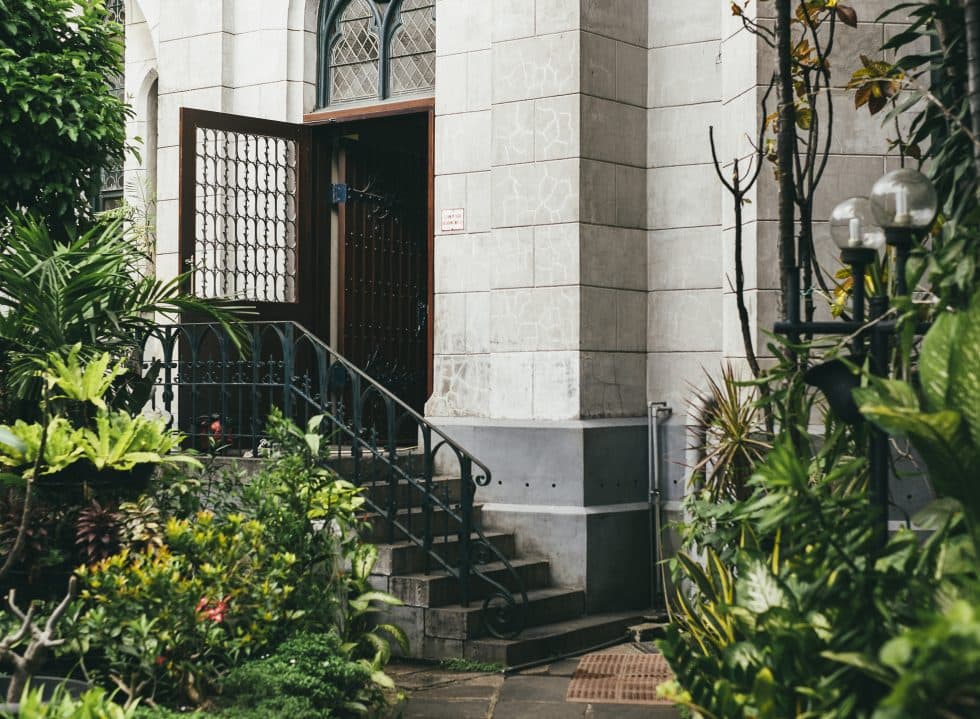 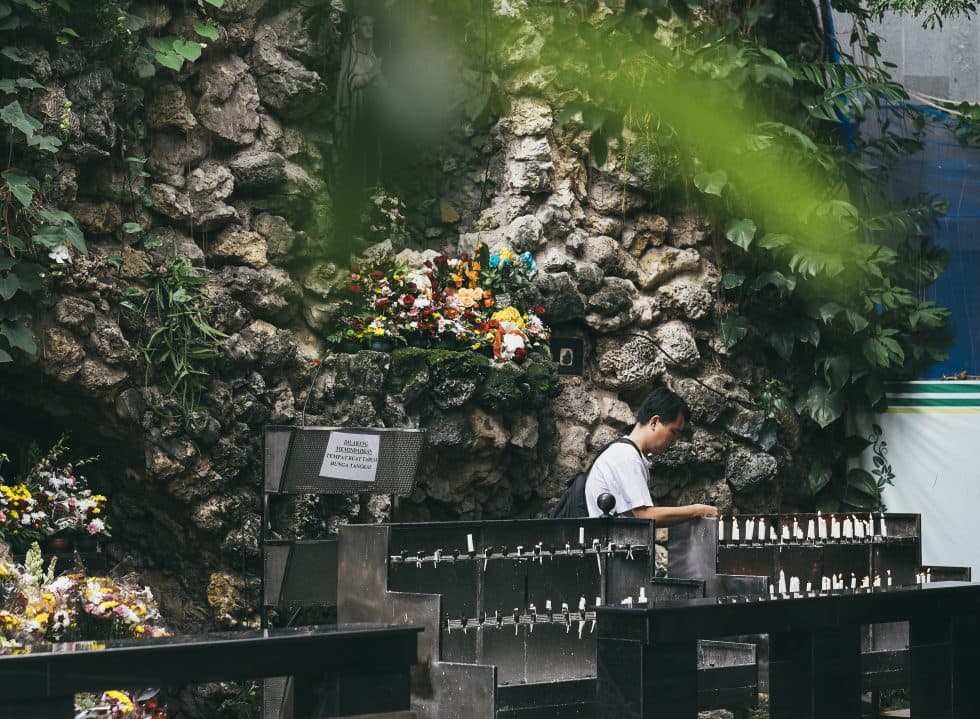 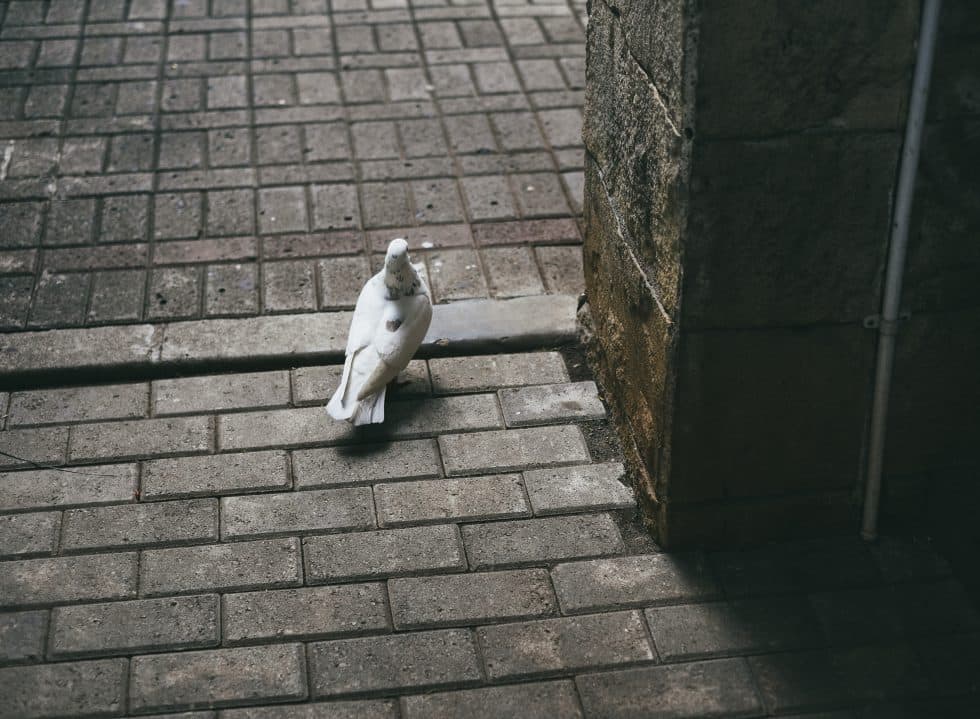 Share
For the first series of Manual Excursion, we examined the calm beauty of Gereja Katedral in the heart of Jakarta.

It’s impossible – and not to mention, a shame – to miss the sight of the distinguished Gereja Katedral, unless you’ve been busy burying your face over smartphone during the car ride. Located within earshot from National Monument (Monas) and the next door neighbour of the imposing Istiqlal Mosque, the centuries-old Gereja Katedral has seen countless individuals streaming in and out of its site – the faithful devotees, tourists, or passers-by who are charmed by its three tall spires from a nearby distance.

Its official name is of course much more befitting of this grand structure. Alas, perhaps Gereja Santa Perawan Maria Diangkat Ke Surga (from Dutch, De Kerk van Onze Lieve Vrouwe ten Hemelopneming and in English, The Church of Our Lady of Assumption) proves to be a mouthful and hence been “christened” to its simplified and straightforward Gereja Katedral where it has stuck by default.

The cathedral that stands today is not without its share of tribulations. Built in the year of 1810, the original building was caught in an unfortunate fire in 1826 and subsequently collapsed in 1890. It was finally rebuilt to its current look in 1901 by Pastor Antonius Djikmans, SJ and received further renovations in 1988 and 2002.

Even if you’re not an architect undergraduate, the cathedral itself serves as an enjoyable introduction to the inimitable style of gothic architecture (the building itself is built in Neo-Gothic style). Dispose your limited assumptions of the word Gothic to its subculture, the dark, moody branch of fashion or Tim Burton. Gothic came to its prominence in thirteenth century, where early architects discover a way to vault churches using crosswise arches that helps to trim off the use of heavy stone walls.

One only needs to cast their gaze upwards in the main hall to appreciate the details of this architectural feat. Thanks to the absence of heavy walls, large tall windows could be installed in its place, projecting bejeweled light that fills the entire space with an ecclesiastical aura. Perhaps, that’s no wonder why sparrows find themselves at home among the tall pillars than the trees outside, as their songs emanates the otherwise deafeningly silent hall.

Unless you’re interested in observing the mass during weekend, the best time to visit the cathedral is in the course of weekdays. During this time, a handful of faithful could be seen praying in great concentration. This is also the time where one could enjoy the murals along the hall, which depict the final hours of Jesus’ life, without distraction.

Those who have the opportunity to witness Gothic cathedrals in Europe would notice that the structure is partly built with teak (traditional gothic cathedrals are built entirely with stones). This was done in anticipation, and to reduce the potential damage, of future earthquakes. If the mood of the hall is getting too austere for comfort, head out to backyard where one could contemplate in a more relaxed atmosphere by the miniature version of the Cave of Mary.

Don’t rule out Gereja Katedral simply because of its function as a place of worship for the Roman Catholics. It is perhaps one of a few places left in Jakarta where it feels strangely inappropriate to fish out your phones for gratuitous selfies. Instead, take it as a chance to get acquainted again with your inner voice under the hushed setting. God knows, how much it has misses you.