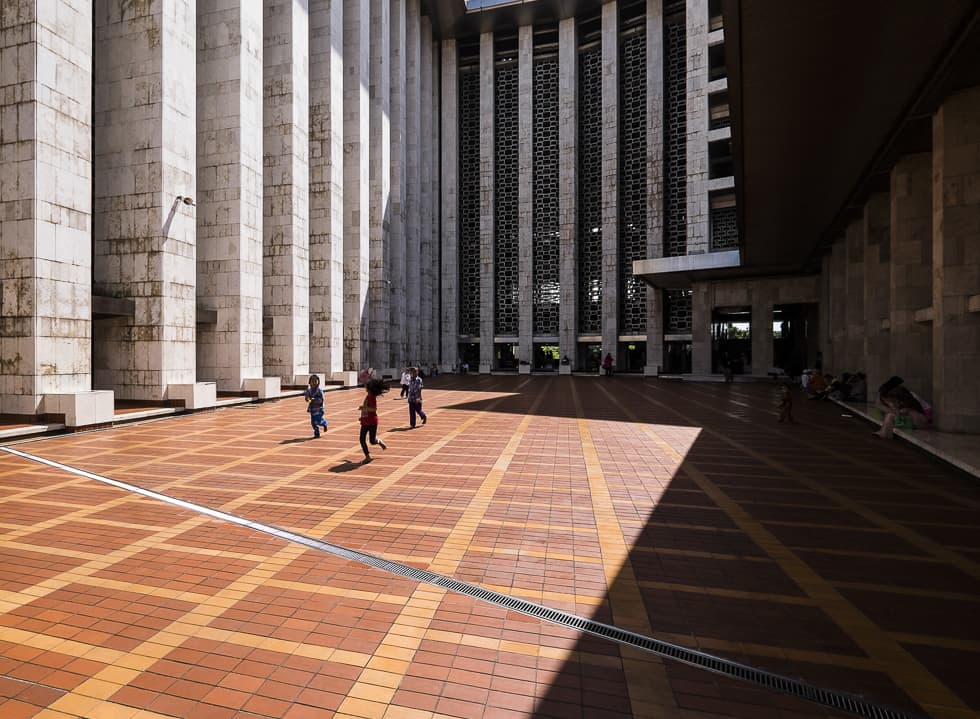 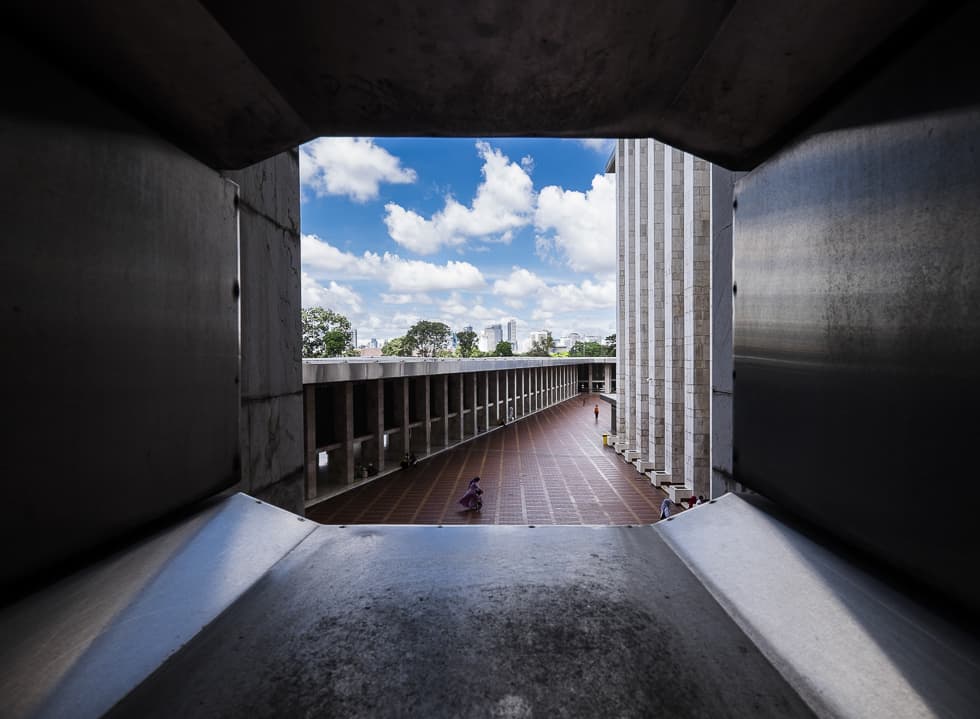 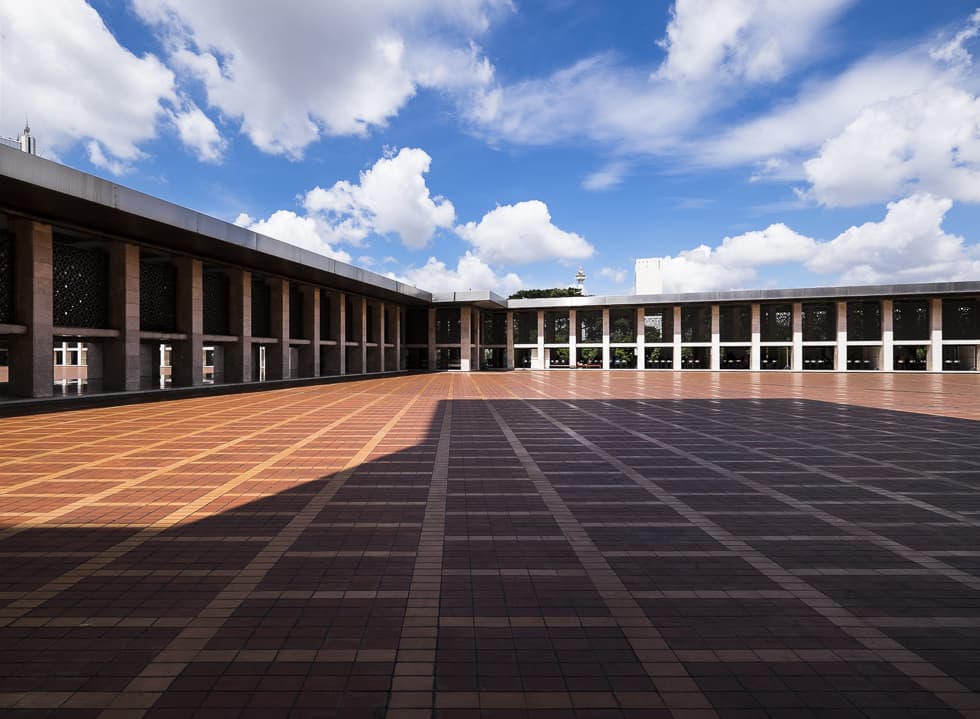 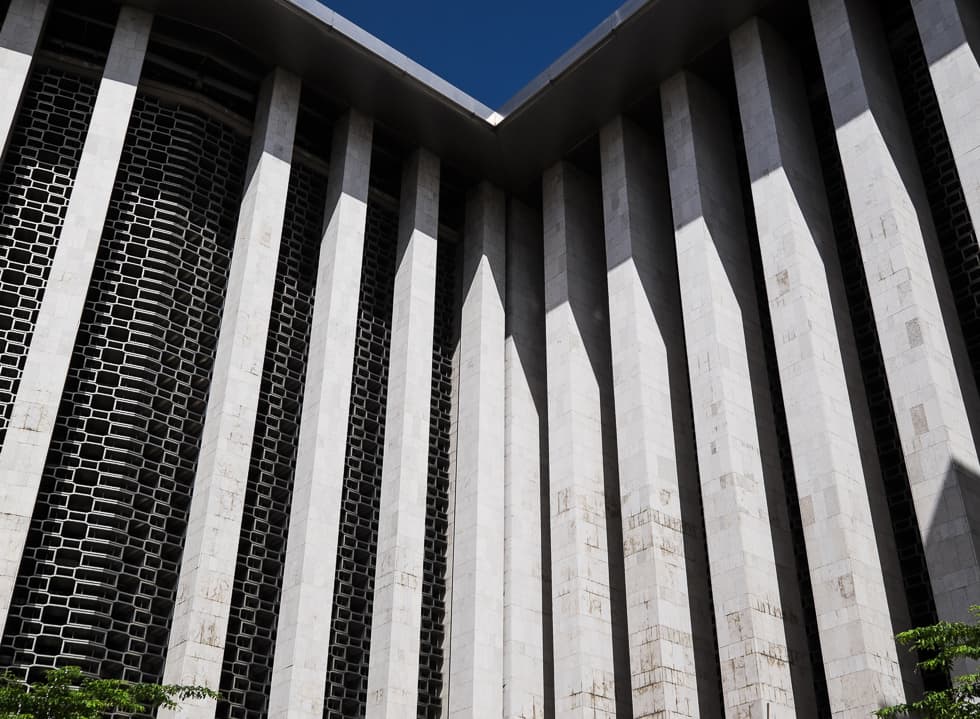 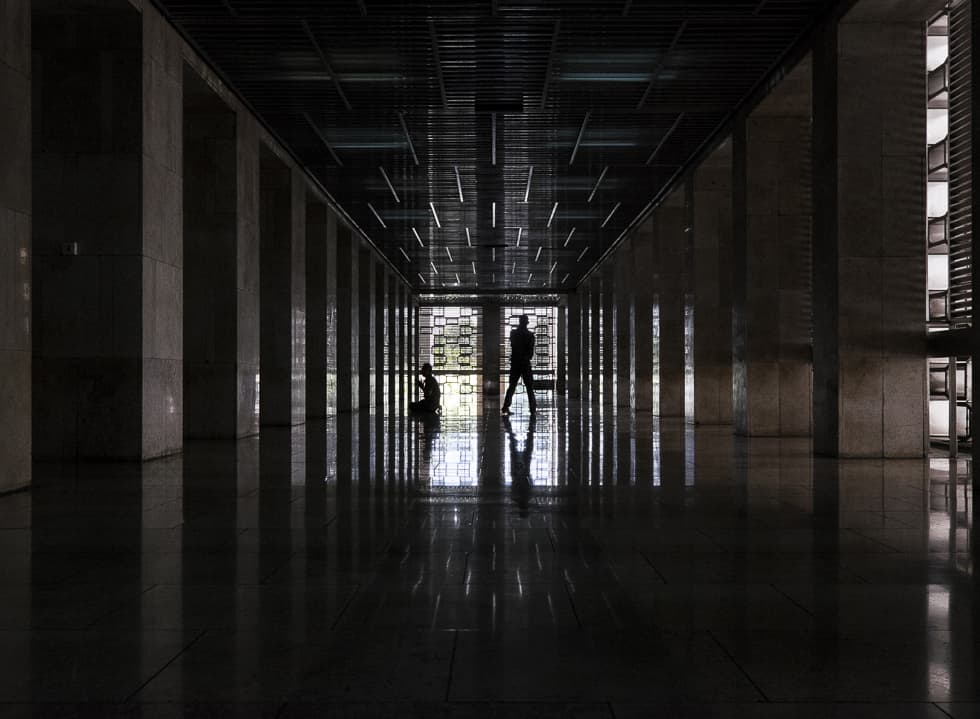 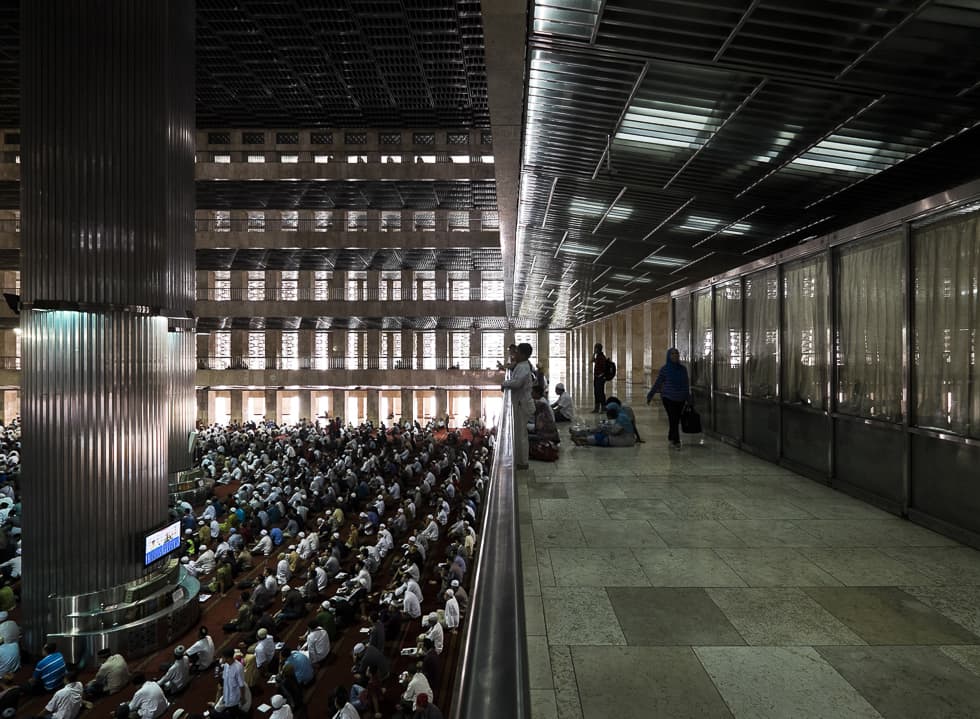 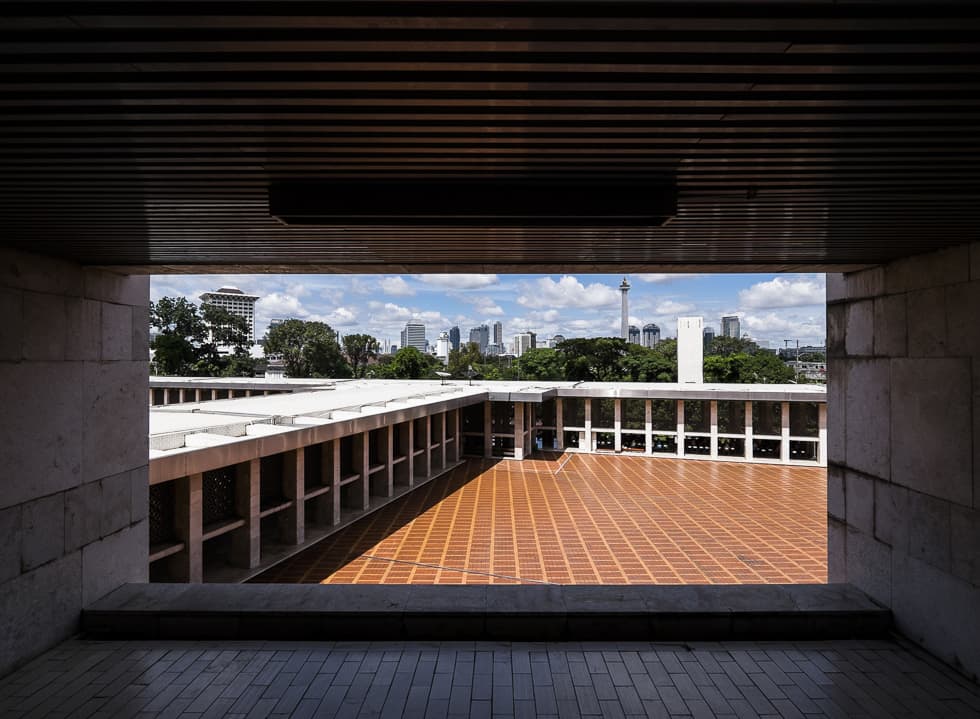 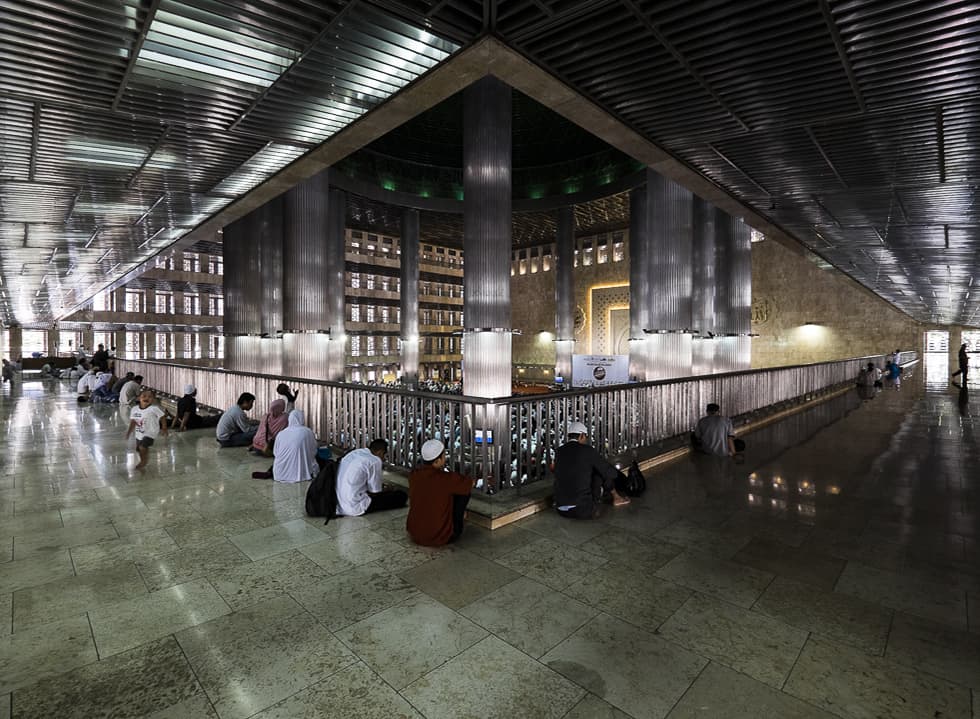 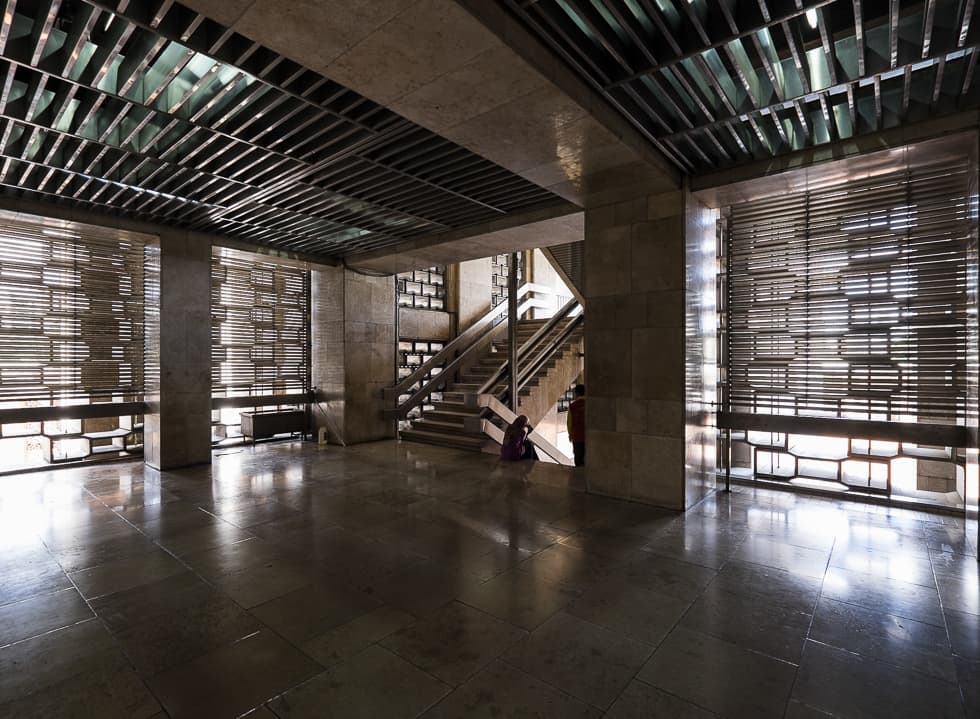 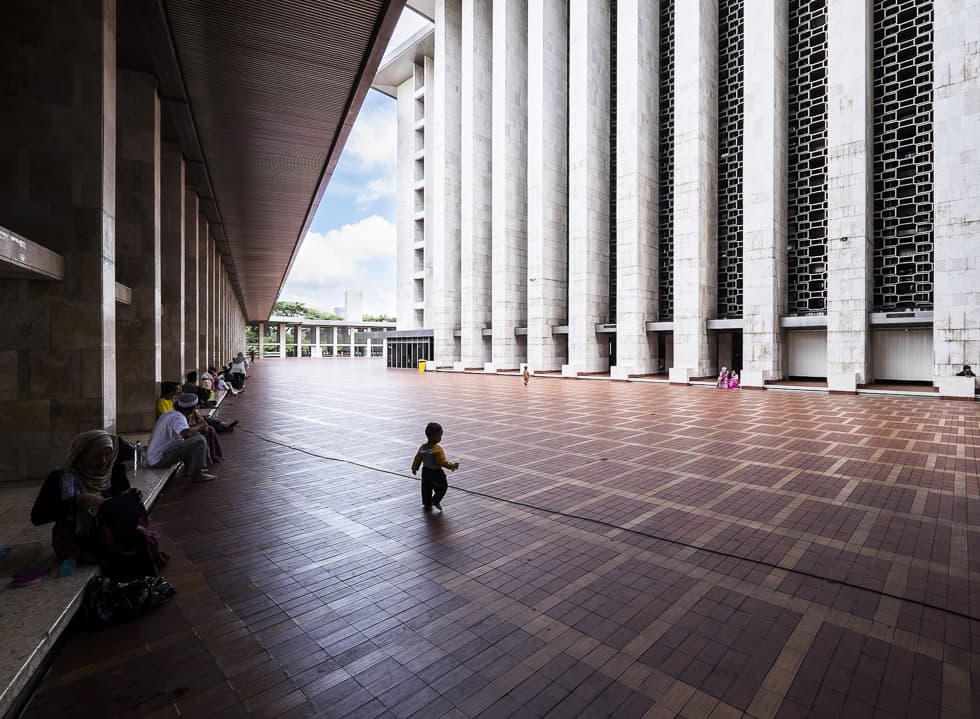 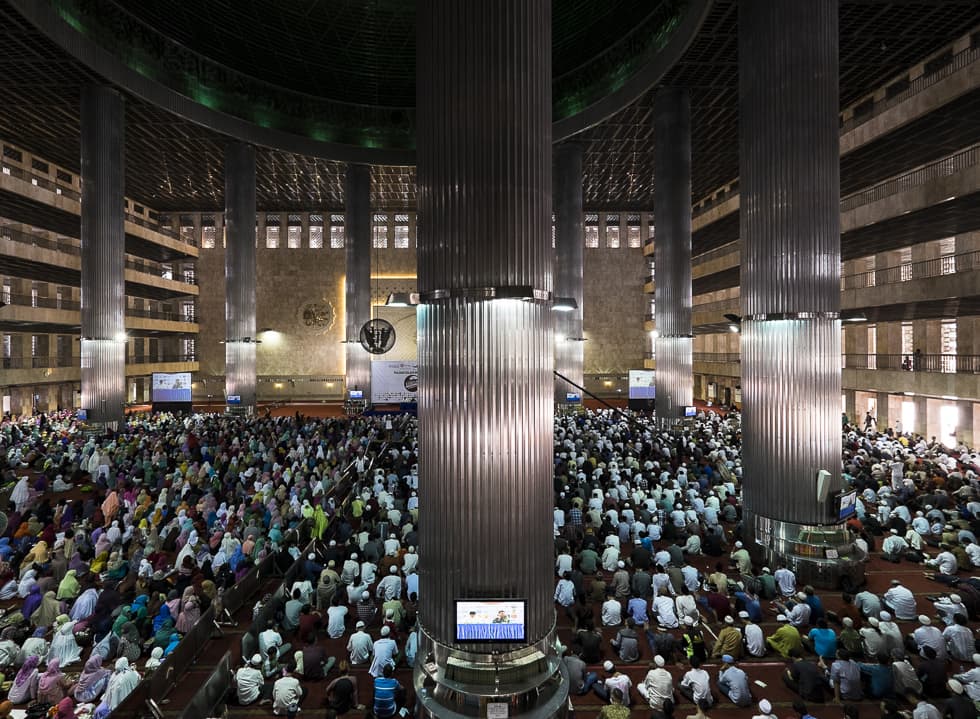 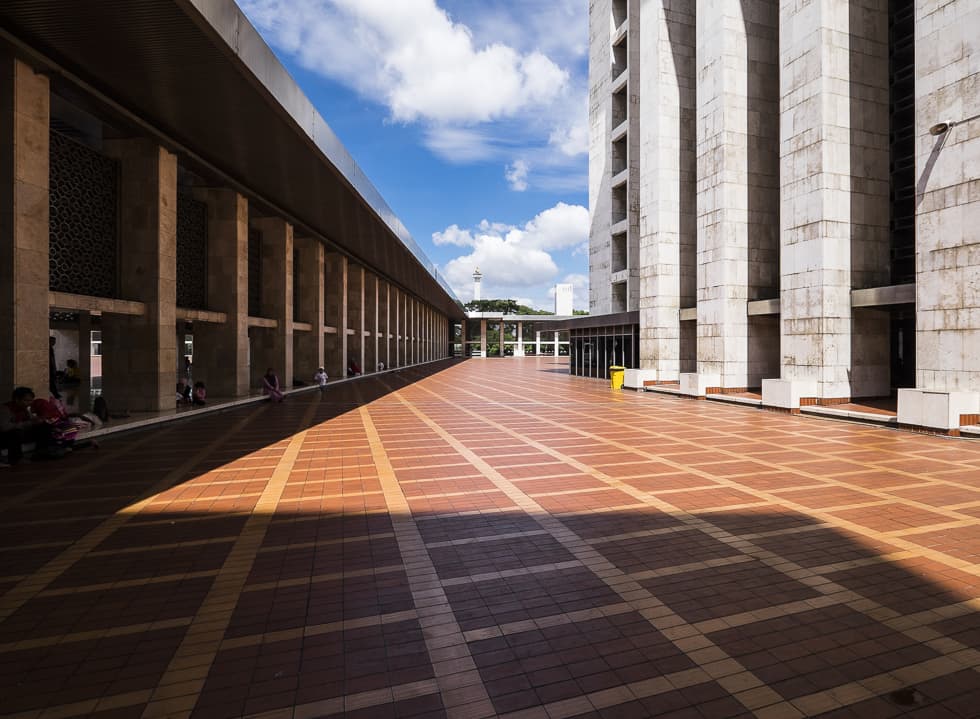 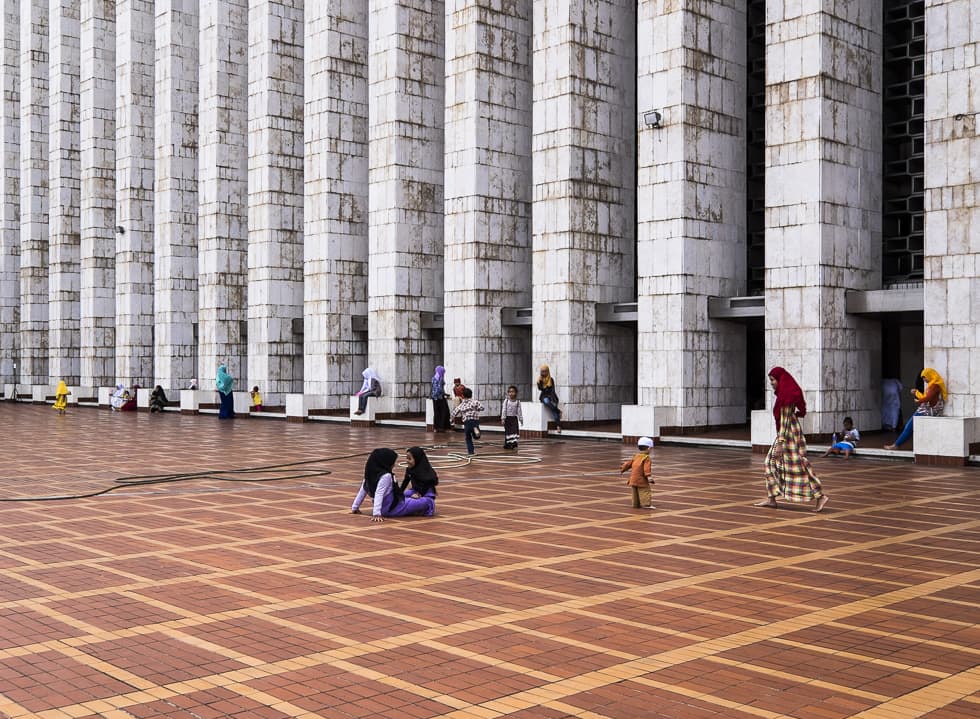 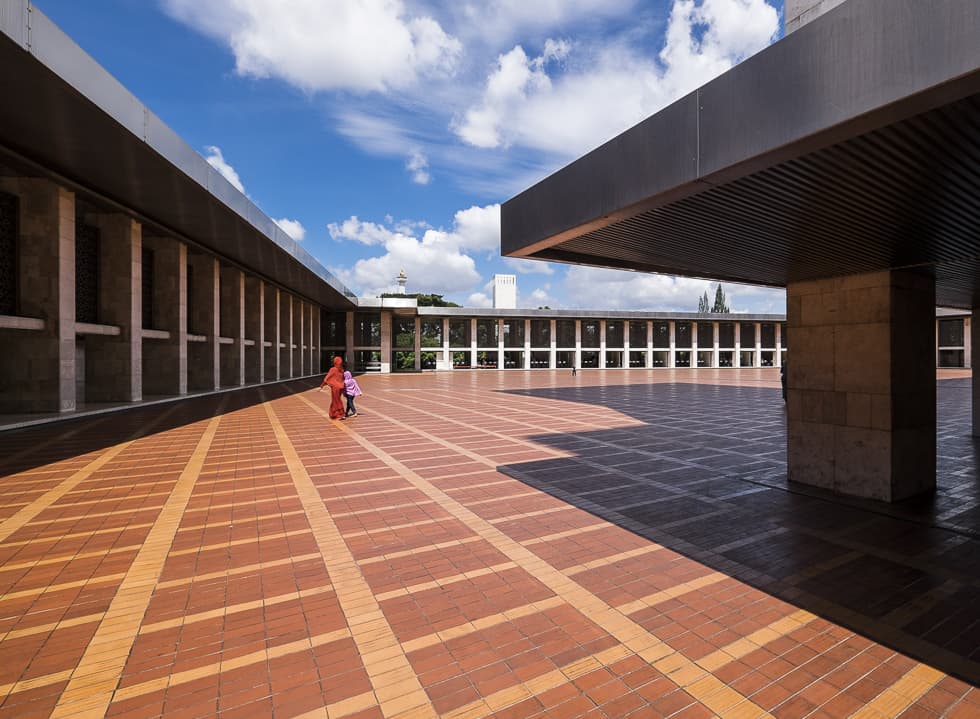 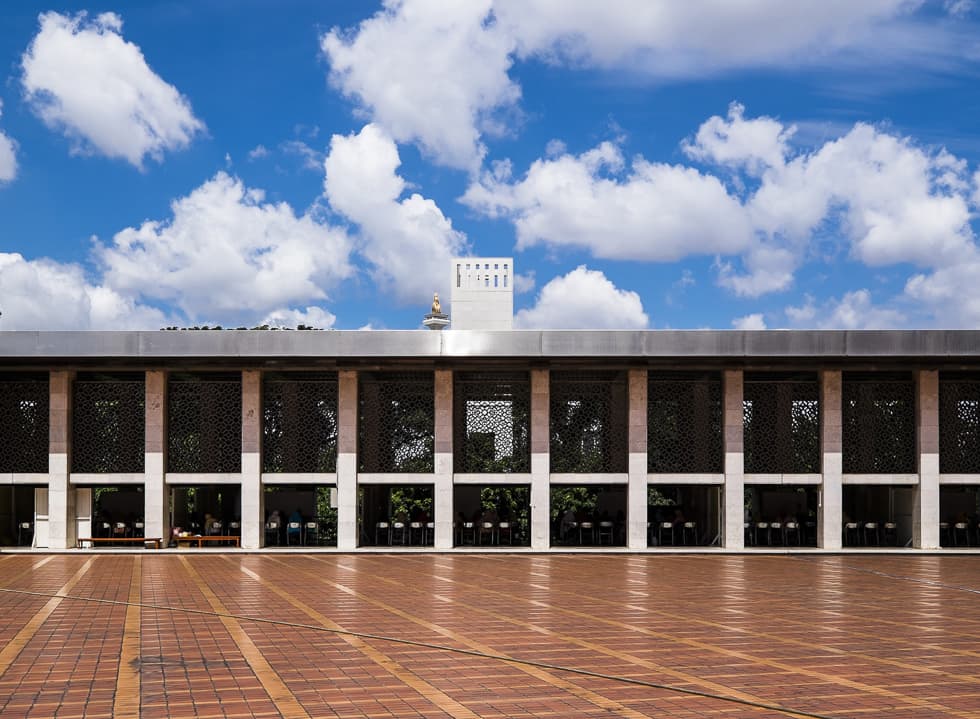 by Pingkan Palilingan
Share
Manual collaborates with Danny Wicaksono, founder of Studio Dasar, to produce a series of articles that brings you highly curated architectural commissions in Jakarta.

Danny Wicaksono is the founder of Studio Dasar architectural studio and, without doubt, a very promising Indonesian architect. Ever since he was young, he knew for sure he wanted to be an architect. In 2006, he graduated from Trisakti University, Jakarta, with a degree in architecture.

Manual teams up with Danny Wicaksono of Studio Dasar in bringing you the best architectural works in Jakarta (curated by both Studio Dasar and Manual) through a series of gripping articles and photos. To start with, we bring you the majestic Istiqlal Mosque.

The sun discharged unforgiving heat more than any of us could bear. However, from afar, people in gamis (a type of Islamic clothing that is generally loose and ankle-length) seemed unshakeable as they flocked towards the tall, giant columns of Istiqlal Mosque.

The 37-year-old mosque appeared resplendent under the brilliant daylight. Humans were dwarfed by her towering columns, which in so many ways looked elegant, if not striking. “This structure was constructed perfectly, almost without any flaws, to last for eternity,” said Danny Wicaksono, occasionally wiping beads of sweat that formed on his temples. Danny, here, is our guide today.

Claimed as the biggest mosque in South-East Asia, Istiqlal Mosque is a Mecca for Indonesian Muslims. In spite of that, only a few know that the architect behind this esteemed work of art is a Christian. Frederich Silaban, the architect behind Istiqlal, had no education in architecture. He learned by observing his foster-father, a Netherlander, who was an architect.

Silaban won a design competition organised by the first Indonesian President Soekarno of which the winning architect would be trusted to build the mosque. “Pak Silaban finally gained Soekarno’s trust and was given more projects by the president,” Danny interjected.

The construction began in 1961 on a vast area that used to be called Wilhelmina Park. The park is located in the city’s heart, a geographical request of the president himself so that the mosque would stand near Jakarta Cathedral and Immanuel Church in order to represent the religious tolerance as stated in Pancasila (five principles that formed the foundation of Indonesia). The construction finished 17 years later, in 1978. But Silaban had never lived to see the end result of this edifice that marked the pinnacle of his career.

The gleaming milk-white marble floor beckoned us to enter the holy place, barefooted as required in all mosques. “The three main materials that formed this structure are marble, concrete and stainless steel. They forgone Italy-made marbles to cut cost and opt to use locally produced one from Tulungagung, East Java. Meanwhile, the stainless steel were all imported from Germany,” explained Danny.

“See that?” he pointed to a number of hexagonal steel fixtures that fill the gaps between each column. “These steel bars haven’t been consumed by rust ever since they were placed.” The hexagonal steel fixtures were amassed, forming a honeycomb-like pattern that serves nearly like window bars. “They help prevent the rain from gushing into the mosque,” he remarked.

A couple flight of stairs led us to a balcony from which we could view the main prayer hall from above. Below, hundreds of people gathered in a congregation while listening attentively to a service delivered by an Imam. “Istiqlal seats up to 120,000 people,” said the young architect. As we observed the jam-packed prayer hall, mild breeze casually passed us by. “Is there any air-cons installed in this hall?” one of us asked the architect almost innocently. “Surprisingly, no,” answered Danny.

He went on to explain how the construction of Istiqlal was largely influenced by the tropical climate in Indonesia. “If you’ve been paying attention, there are no solid walls here and that allows much airflow coming in. Unlike most hermetic mosque architectures in Indonesia, this entire building is well-ventilated,” said the young architect.

“Check out the dome,” he told us, index finger on his right hand pointing straight up to a bright emerald-green concave of a dome. The Silaban Dome. That day, the colour was green. Another day, the dome was set ablaze in bright yellow. Scanning the dome, it was easy to admit the stately grandeur of Istiqlal. But still, the said edifice was self-effacing and seemed to appear uncomplicated.

“Istiqlal Mosque is the best architectural commission in Indonesia,” he said. “You wouldn’t see anything quite like this again.”