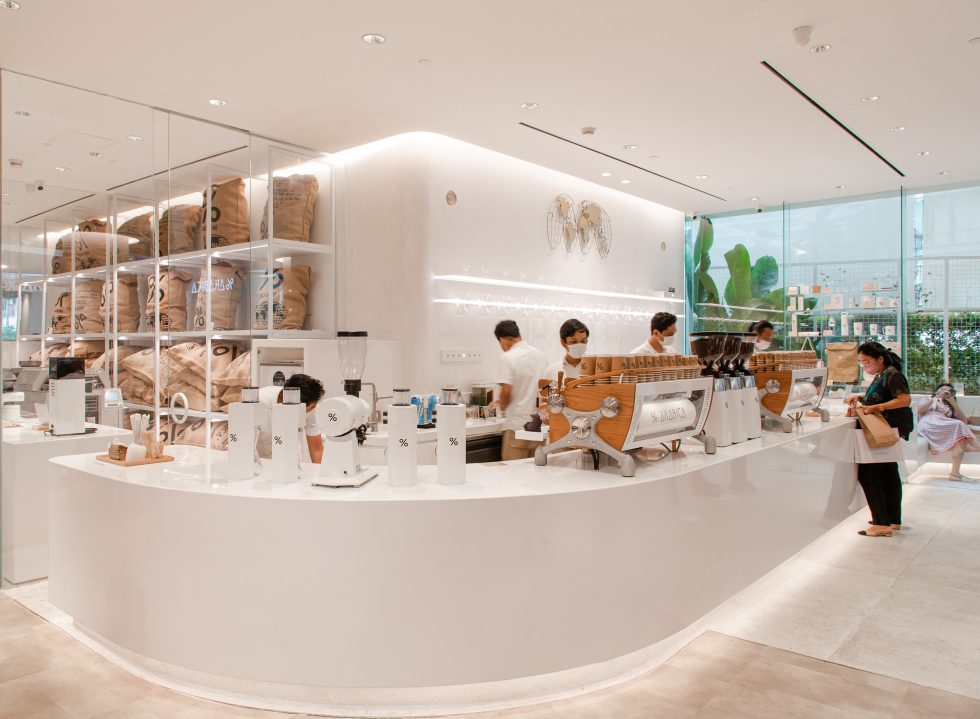 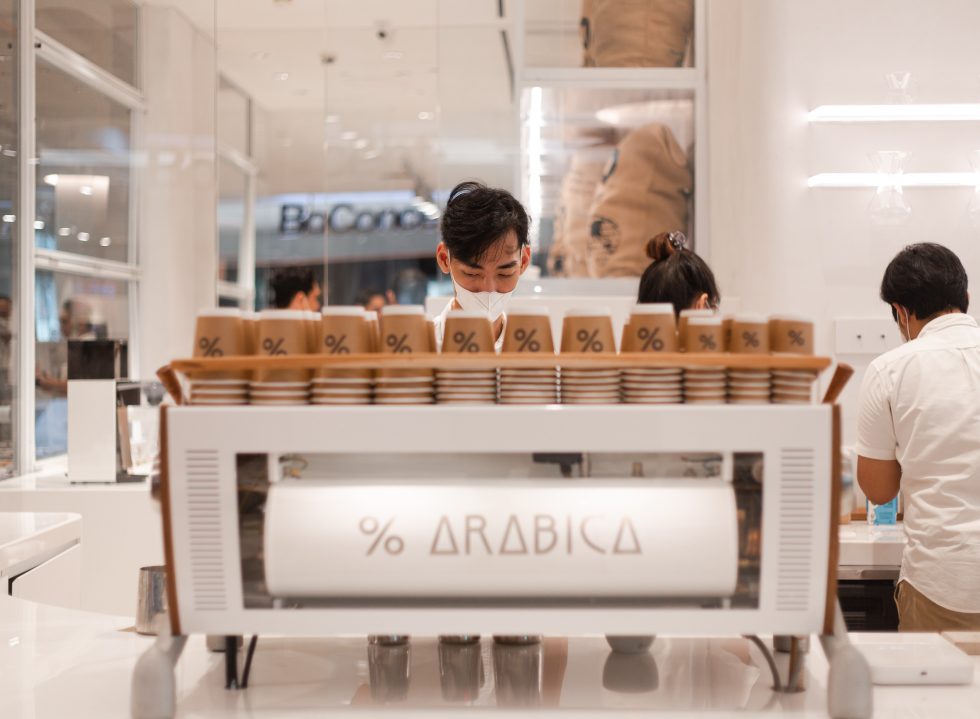 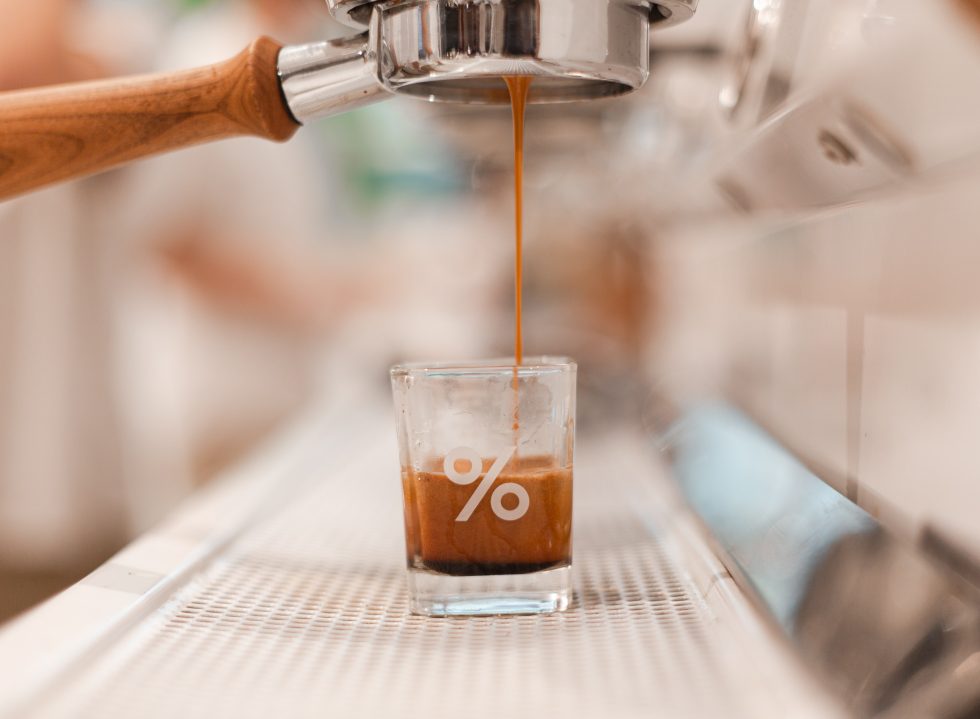 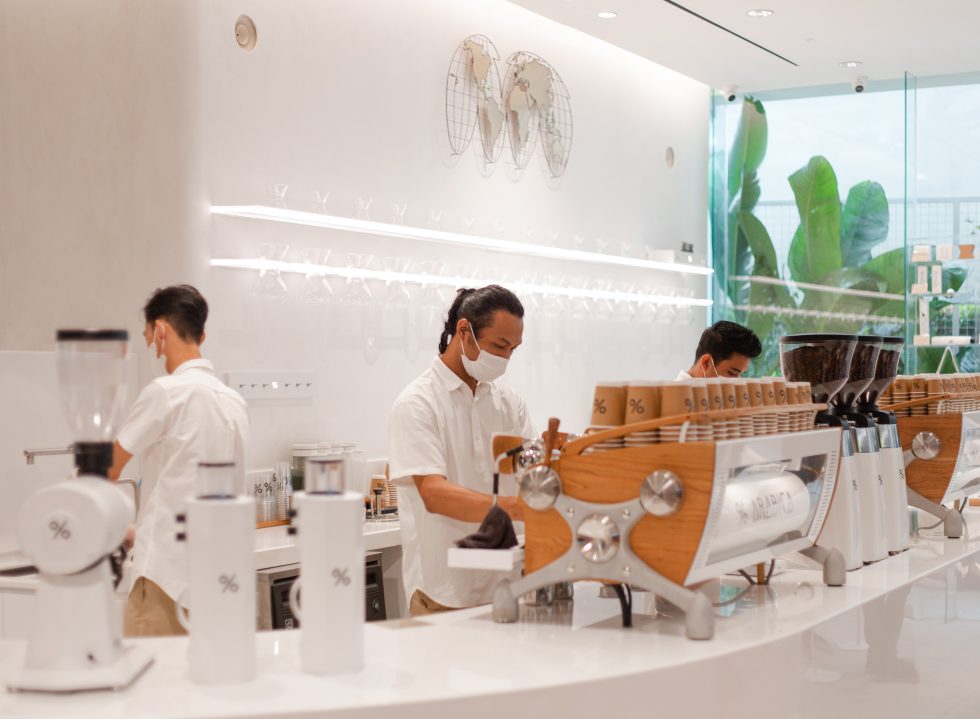 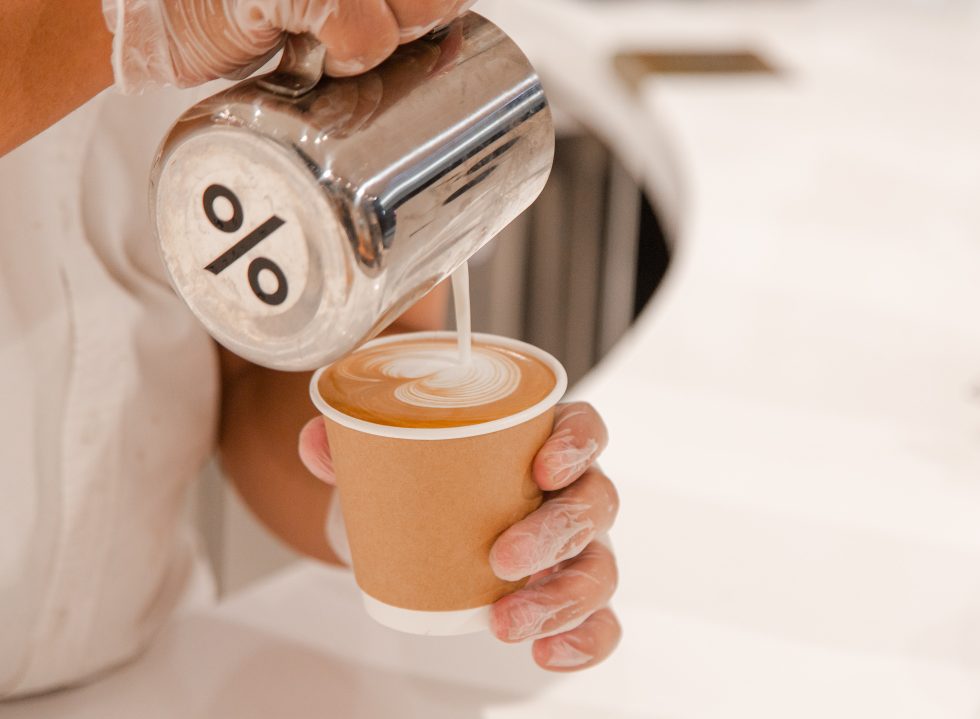 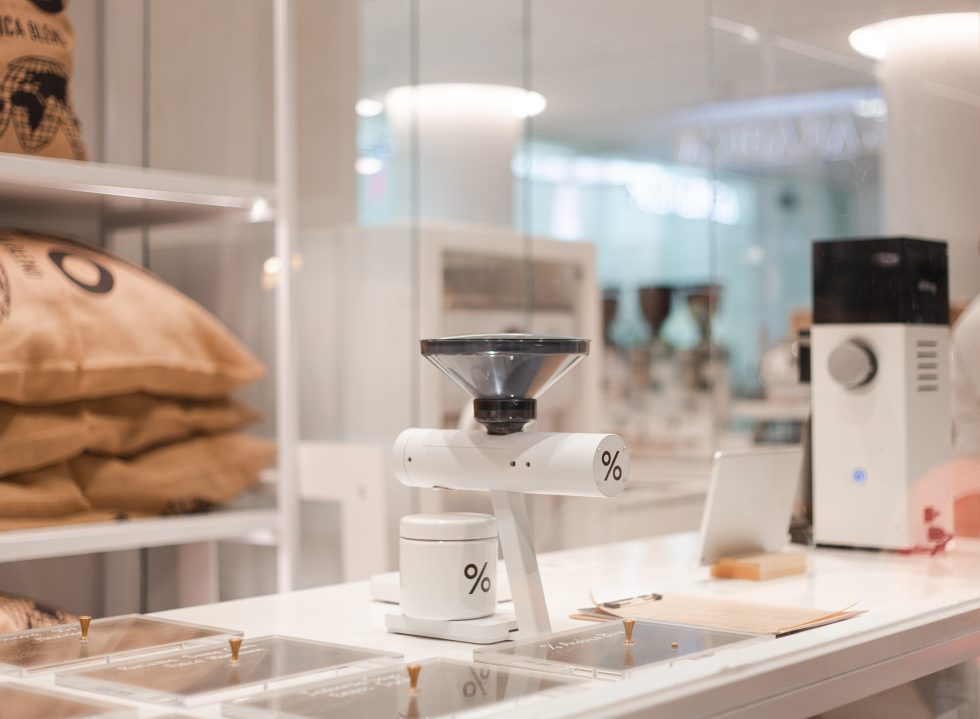 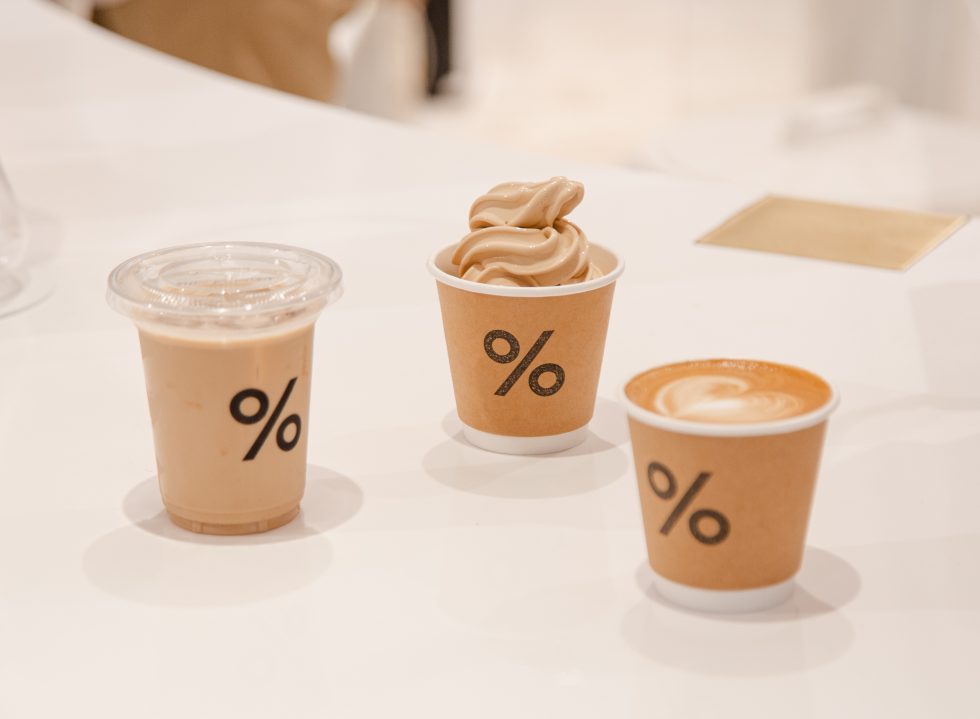 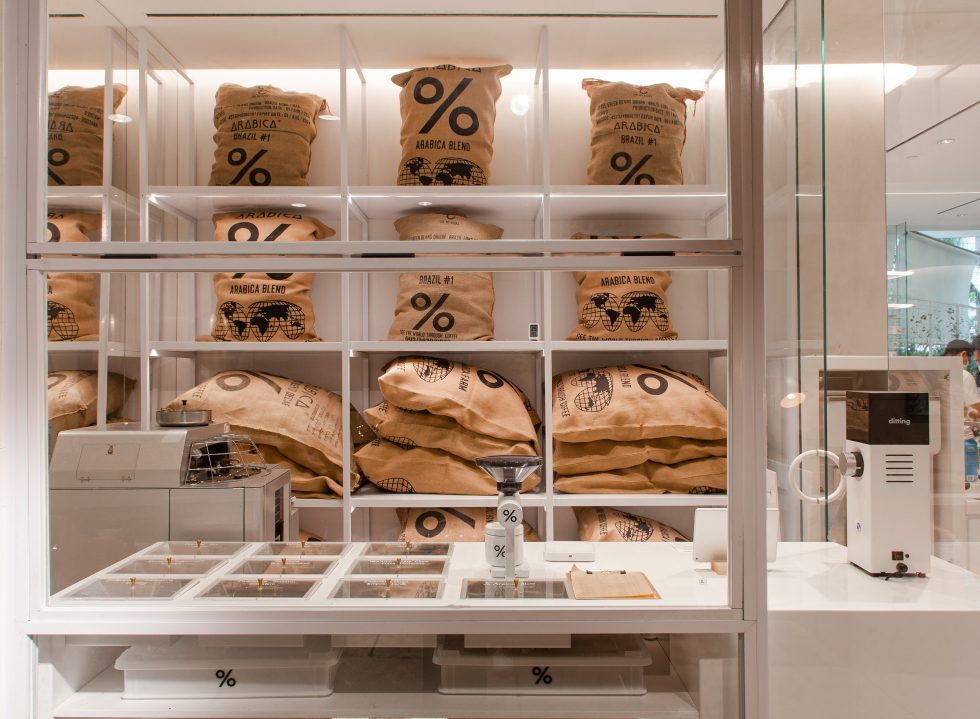 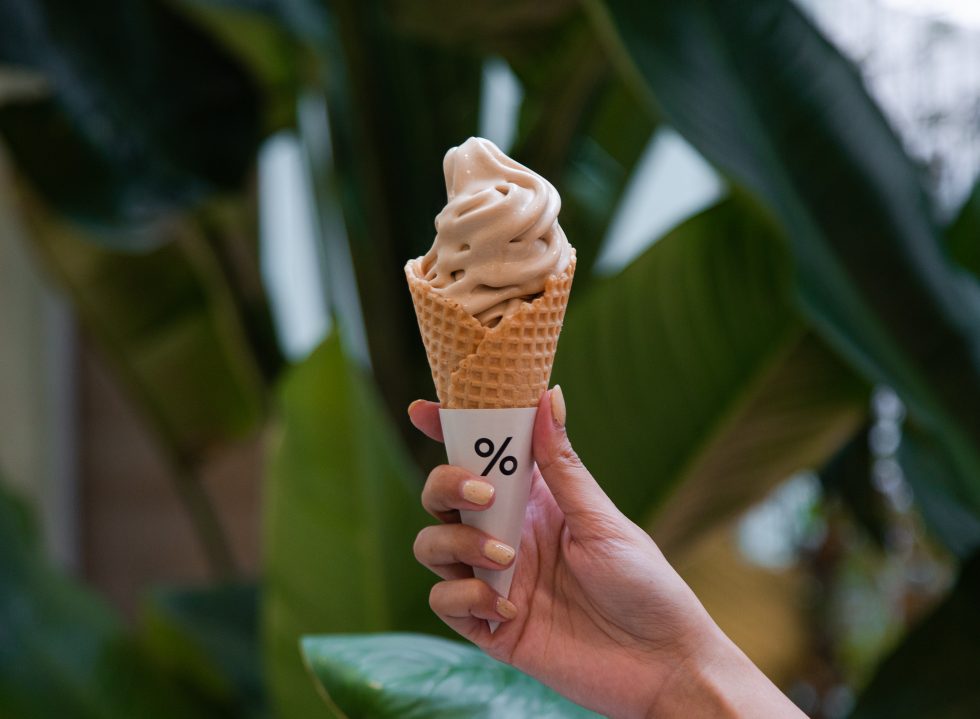 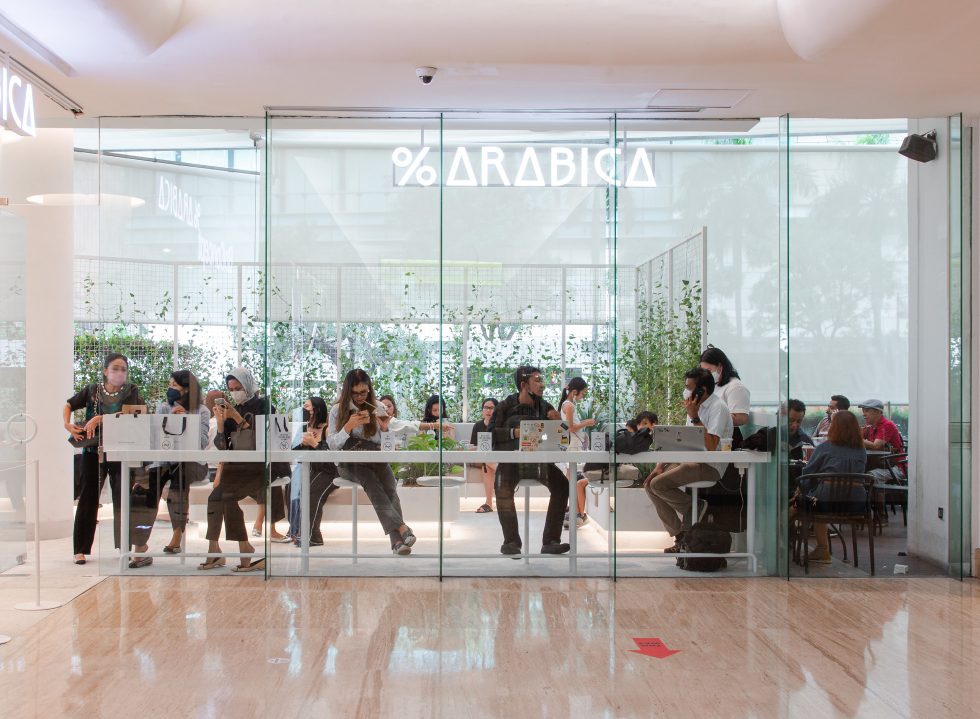 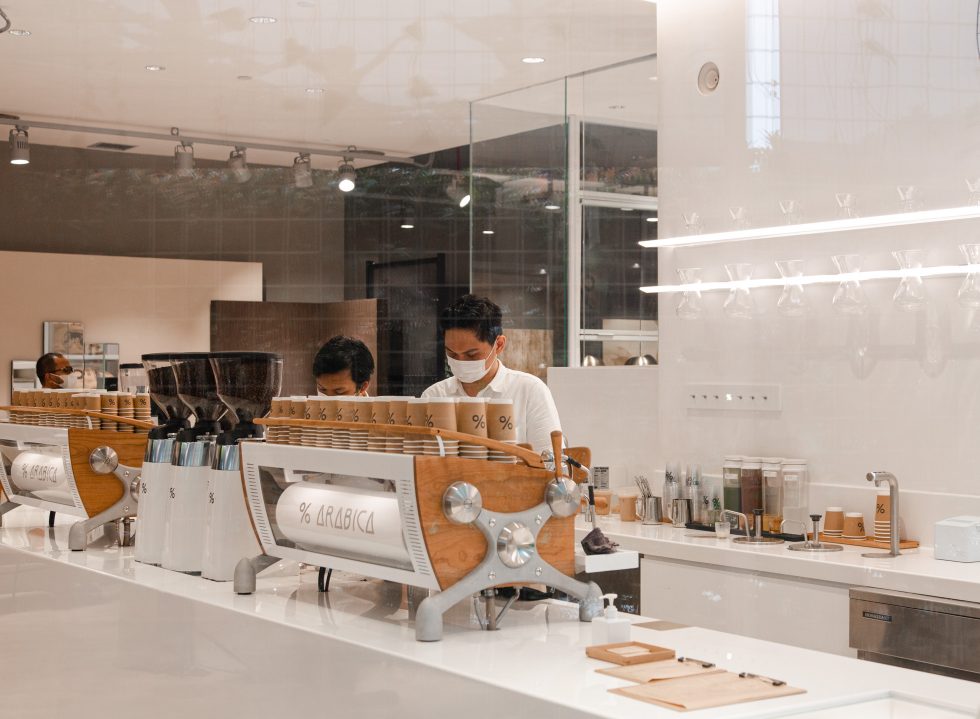 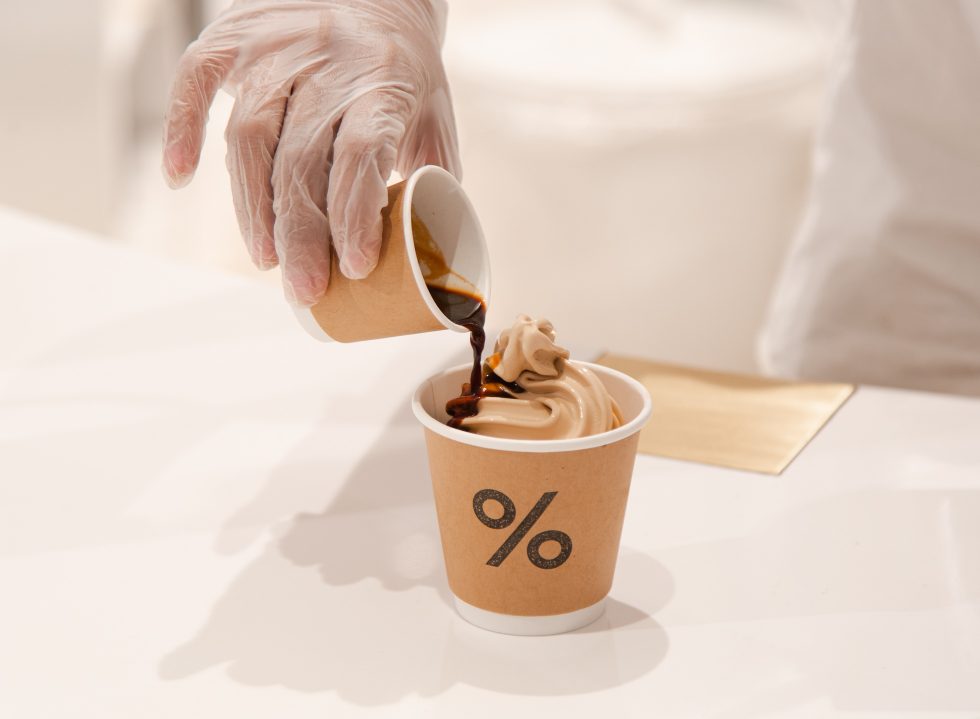 Since Arabica’s (stylised as % Arabica) arrival in Indonesia earlier this year, its presence has been treasured as one of the city’s go-to coffee joints that continues to impress patrons and turn the unconverted. After settling at Central Park Mall and ASHTA, the Kyoto household coffee shop heads to the Central district with the third store at Plaza Indonesia to further their agenda for a bigger crowd.

For its new home, Arabica once again collaborated with Japanese architecture firm Nomura Kougeisha to execute a more intimate outdoor concept. It remains faithful to the brand’s clear-cut minimalist design, with touches of greenery to contrast the sleek white-clad interiors. The Plaza Indonesia store also wins the roastery room, where enthusiasts can go for custom brews to their liking. Considering the space’s visibly more compact seating area, it won’t be a surprise if the store’s day-to-day flow would take shape as a pit stop for mall-goers and office workers who have their caffeine fix to-go.

The concise and solid menu brings forth Arabica’s quality beans into the limelight, aligning with owner and founder Kenneth Shoji’s vision of keeping everything simple with utmost quality. As expected, highly favoured are the Dark Latte (shot of espresso with dark chocolate) and Spanish Latte (shot of espresso with condensed milk), menus one won’t be able to find within their list of outlets in Japan. Catering to the Indonesian clientele’s penchant for sweet and milky caffeine drinks, Arabica’s newly-launched % Soft Cream (espresso-flavoured soft serve)—that doubles as an affogato when opted with an extra espresso shot—is the store’s exclusive treat that will surely bait the curious crowd.

Arabica’s arrival at Plaza Indonesia only marks the beginning of what it has in store for the future. Their no-nonsense offerings are credited for its expansion across the city, with plans for two more joints by next year, bringing themselves closer to their loyal enthusiasts.