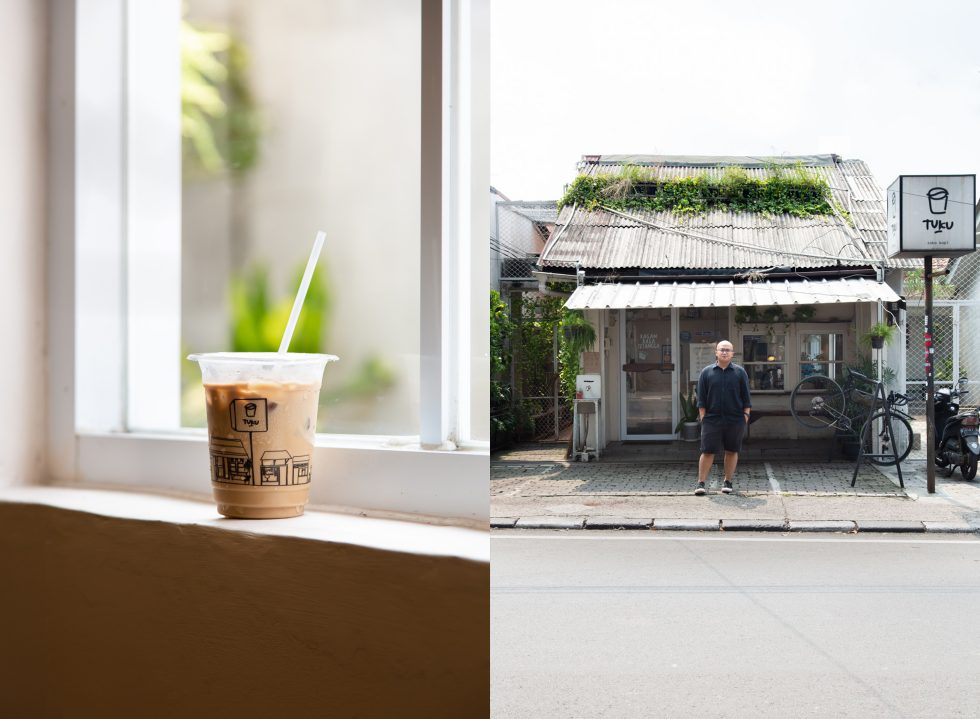 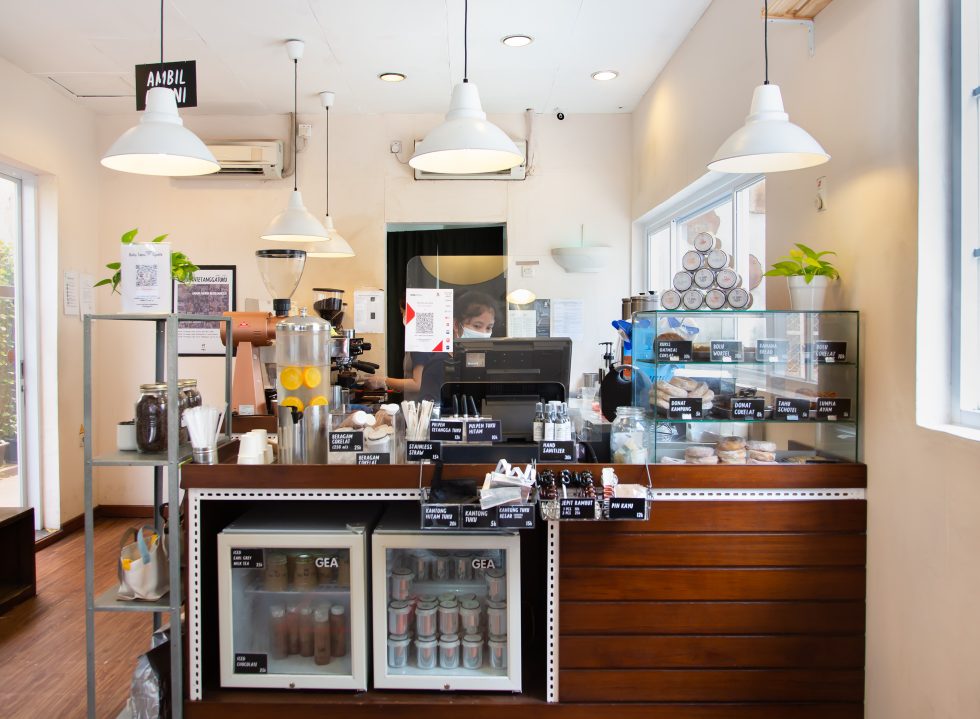 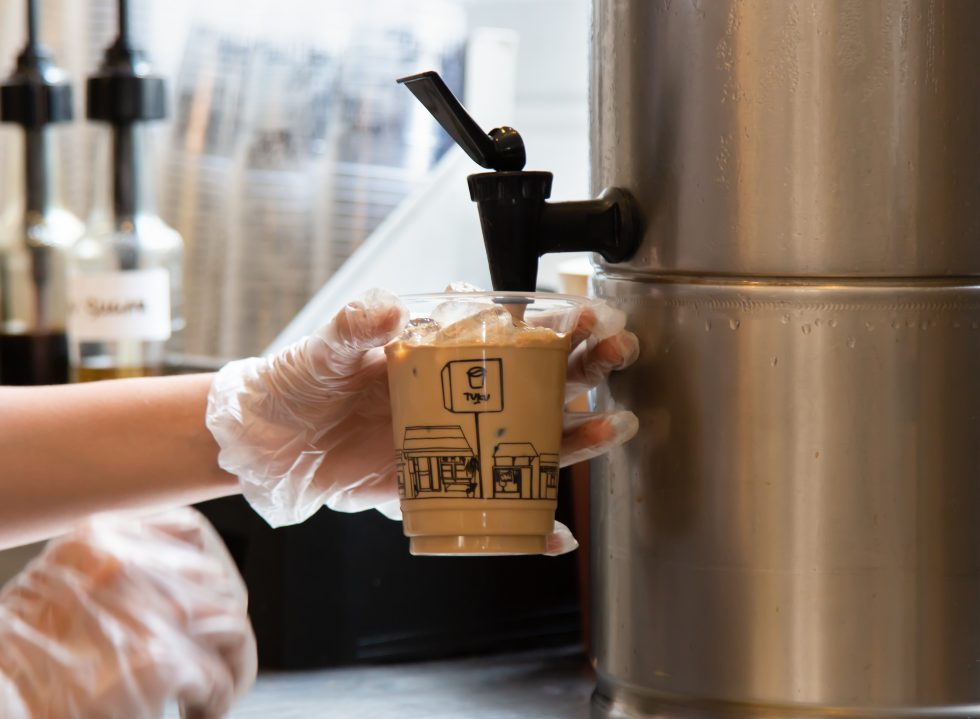 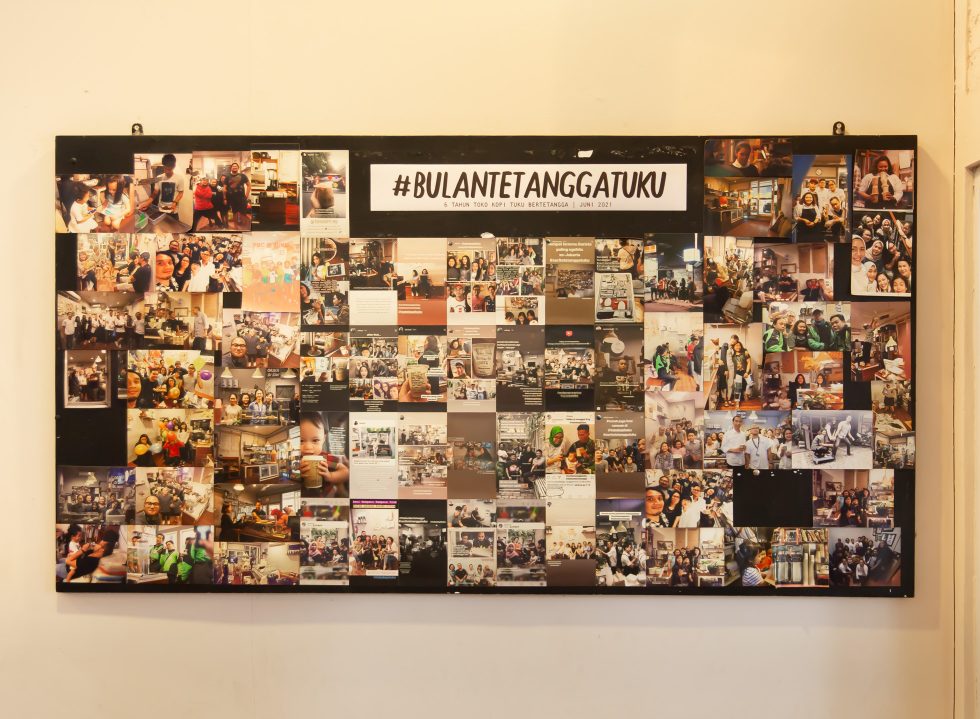 by Erdira Wirengjurit
Share
When Toko Kopi Tuku came through with "es kopi susu" with palm sugar, nobody could have foreseen the gargantuan success and phenomenon they were about to unravel within the coffee industry. The Signature is a series that highlights food and beverages by establishments that have influenced the scene.

For many Jakartans, coffee has become a non-negotiable routine. There’s a lot to unfold from this modern relationship we’ve forged with the beverage. A good chunk of this, we have the famous “third wave coffee” to thank for the newfound love, opening our eyes to the fact that “coffee isn’t just coffee” and that it comes in many carefully crafted forms, whether it’s a zapping piccolo shot or a searing latte. But locally speaking, the unique driving force of Jakarta’s (and arguably the country’s) coffee scene rests on none other than the famed es kopi susu.

Es kopi susu’s popularity can only be in heed of the homegrown coffee shop Toko Kopi Tuku, whose creation of the smooth and sweetly invigorating drink propelled an entire industry forward into a national phenomenon. It’s easy to shrug off the beverage as anything but novel, which it is if we objectively consider its uncomplicated composition of coffee, creamer and sweetener. But what plays into Tuku’s success is a mix of opportune timing and sleight of genius, on top of cunning foreplay in the coffee industry by its owner and founder Andanu Prasetyo.

“I’ve been trying to make Jakartans drink more coffee since 2008 when the benchmark for anything coffee was still Starbucks,” said the man who’s familiarly known as Mas Tyo. Following his trip to Melbourne where speciality coffee anchors a thriving F&B industry, the attempt to transpose that lifestyle in Jakarta was for nil, which “made sense”.

“It didn’t matter if we brewed the best coffee in town: if a cup of coffee still costs IDR 32,000 to IDR 50,000, not a lot of Indonesians will willingly spend that to drink coffee in the morning, let alone buy another cup in the afternoon,” Mas Tyo deduced.

With a little bit of grit, Mas Tyo managed to squeeze the price of a hot piccolo-like beverage down to IDR 10,000 and IDR 18,000 for a bigger volume, to sell alongside other coffee shop staples in Tuku’s Cipete joint and its first in 2015. Coffee consumption rose, and to brand the beverage as Kopi Tetangga (Indonesian for “neighbour”) was a gentle suggestion to appreciate the coffee for what it is. In a future instance, Tuku began selling small cups of 3-in-1 coffee made with leftover beans, targeted for workers and passersby and priced at IDR 5,000. They were a hit among Tuku’s regulars, and that’s when Mas Tyo realised that “Indonesians love their drinks sweet, cold and affordable,” he confessed.

In the midst of developing Tuku’s new star-to-be, fate struck when purchasing an es cendol gave Mas Tyo the idea of sweetening the beverage with what would set Tuku’s es kopi susu apart forever: pure palm sugar. “I thought ‘why not?’ But the fact that it resonated with so many people, I think something else was in play when we used [palm sugar] instead of regular sugar: as Indonesians who grew up eating traditional sweets, finding that note in coffee must strike a different, yet familiar impression. I call it the ‘accumulation of flavour knowledge.”

Thus was born Tuku’s Es Kopi Susu Tetangga, priced at a mere IDR 18,000 per cup. Within months, the Indonesian President Joko Widodo even heard of the famous “es kopi susu yang pakai gula aren” (the iced coffee with milk that uses palm sugar), which intrigued the man to pay Toko Kopi Tuku a visit that made it to the news. “After [President Jokowi’s] visit, every day proved another challenge to deliver the 1000 cups of Es Kopi Tetangga requested by intrigued customers and regulars. There were six people, including myself, running the shop with two hours-long queues ahead of us,” Mas Tyo recalled.

It’s been six years, and Tuku and its star beverage are not showing signs of slowing down with 18 independent Tuku joints and a handful more in cloud kitchens spreading across Jakarta. This thrive also takes into account the rampant numbers of independent coffee joints joining the moving train, pocketing much success for themselves by selling their rendition of the beverage. For Mas Tyo who first dabbled into the coffee scene as a university student, he views this phenomenon from a glass-half-full perspective: “With rising consumption of coffee, this also means that the coffee industry is united and our coffee farmers are reaping the benefits too.” 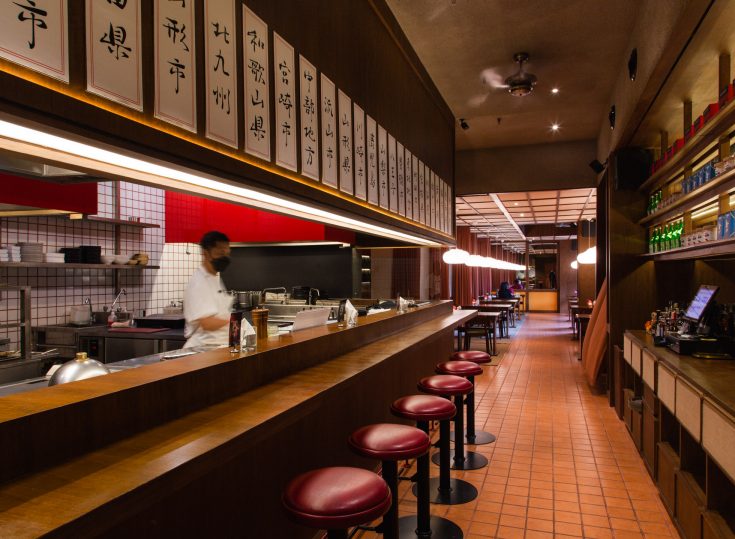 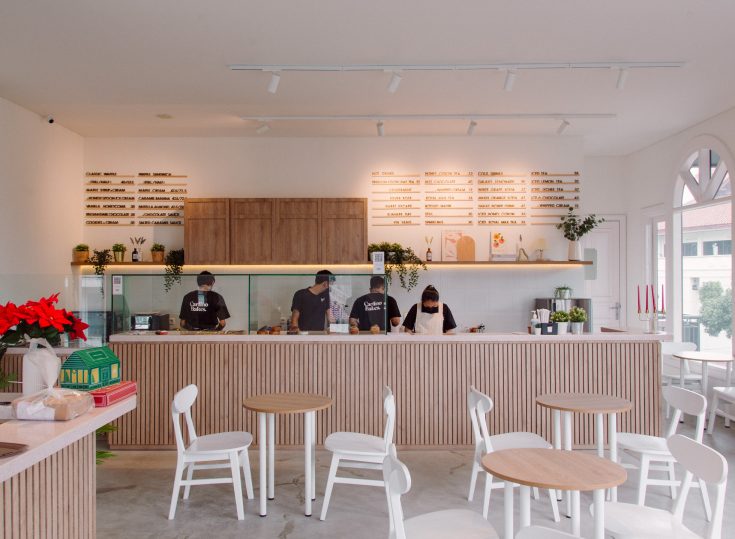 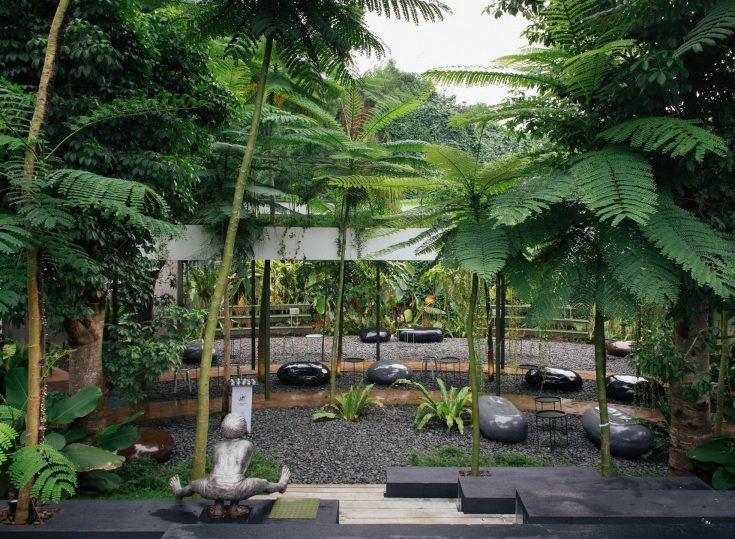 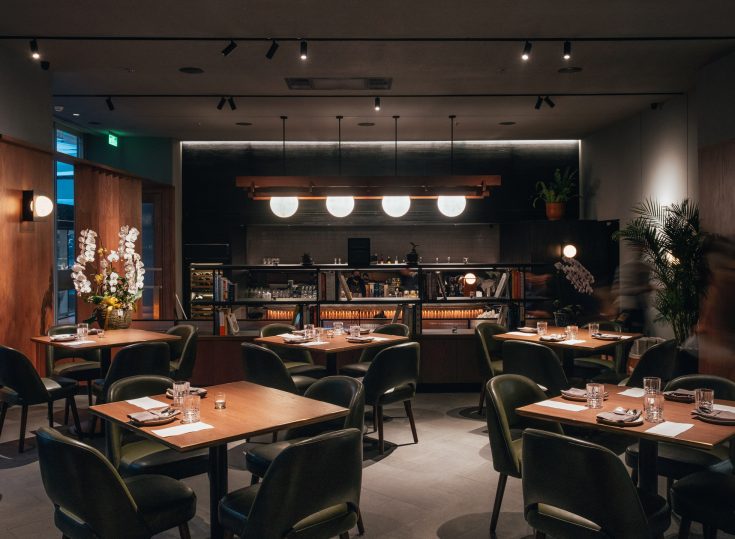 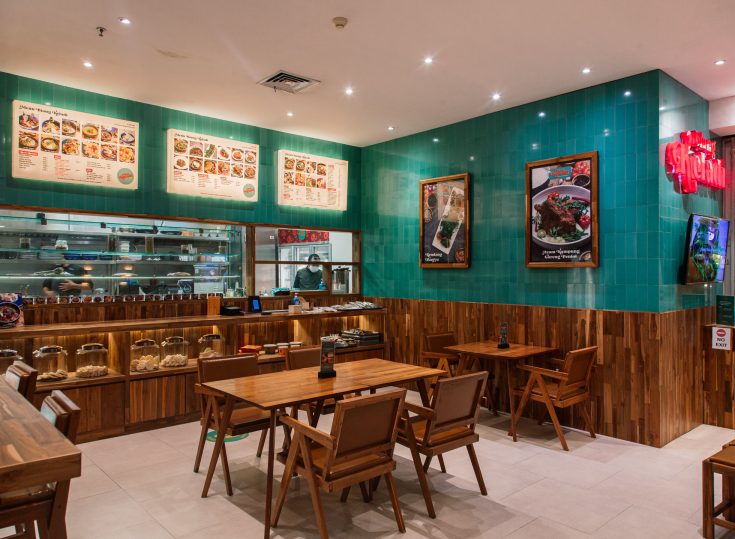 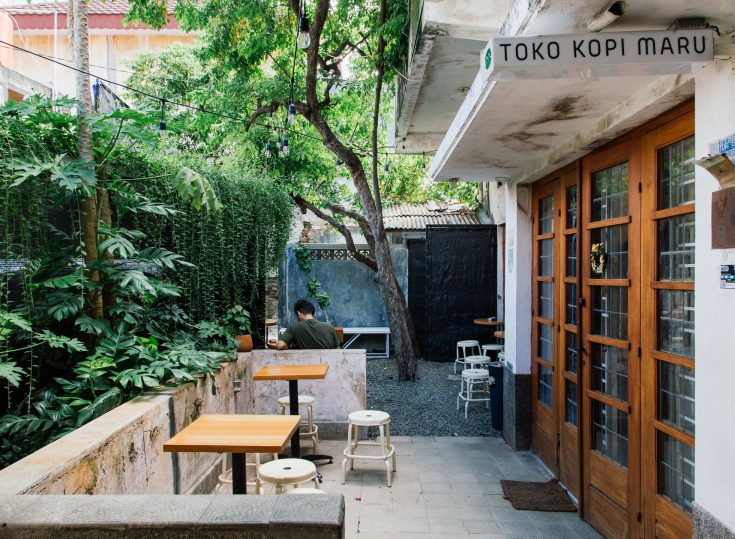