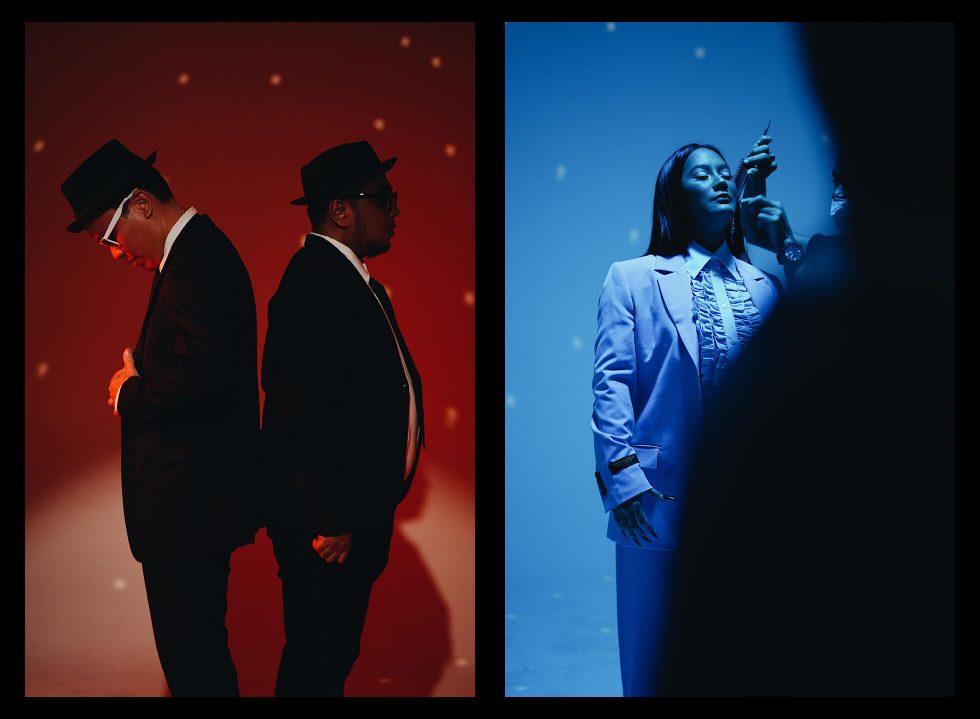 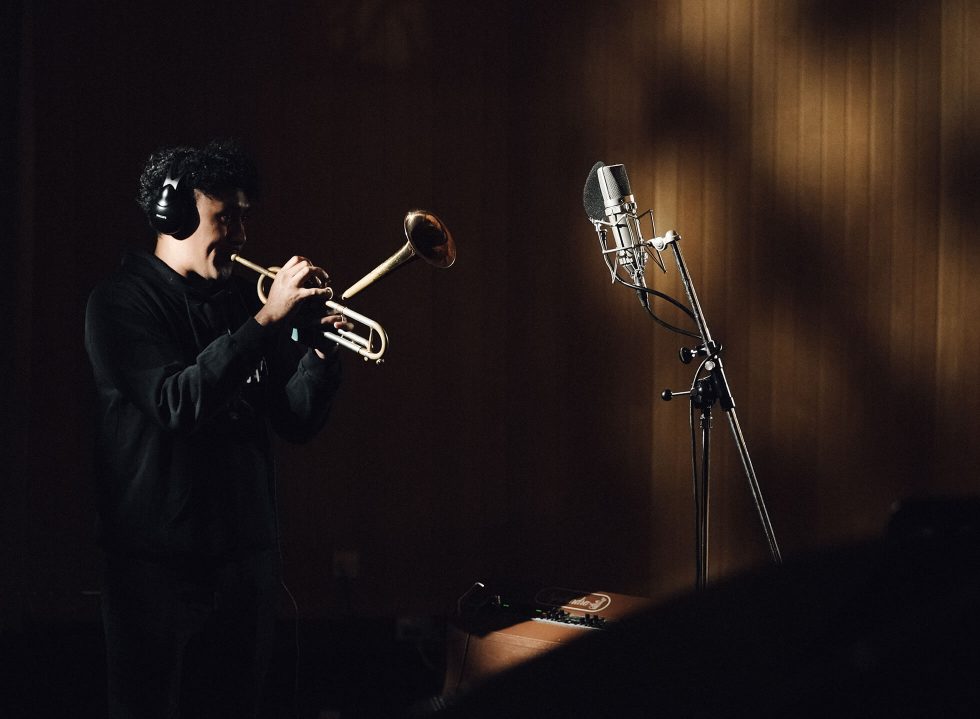 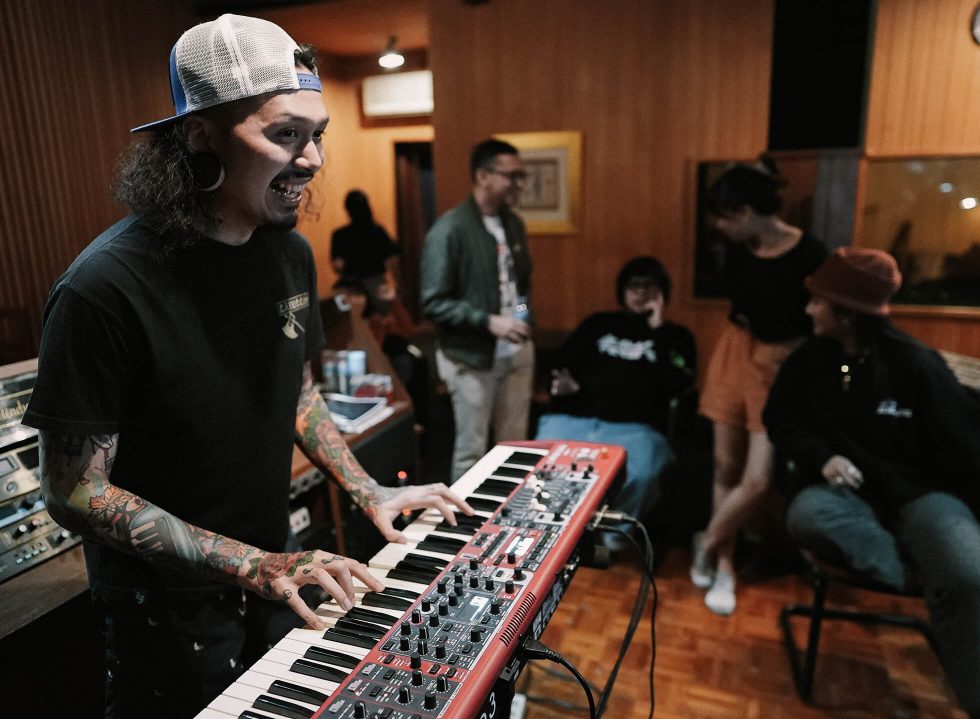 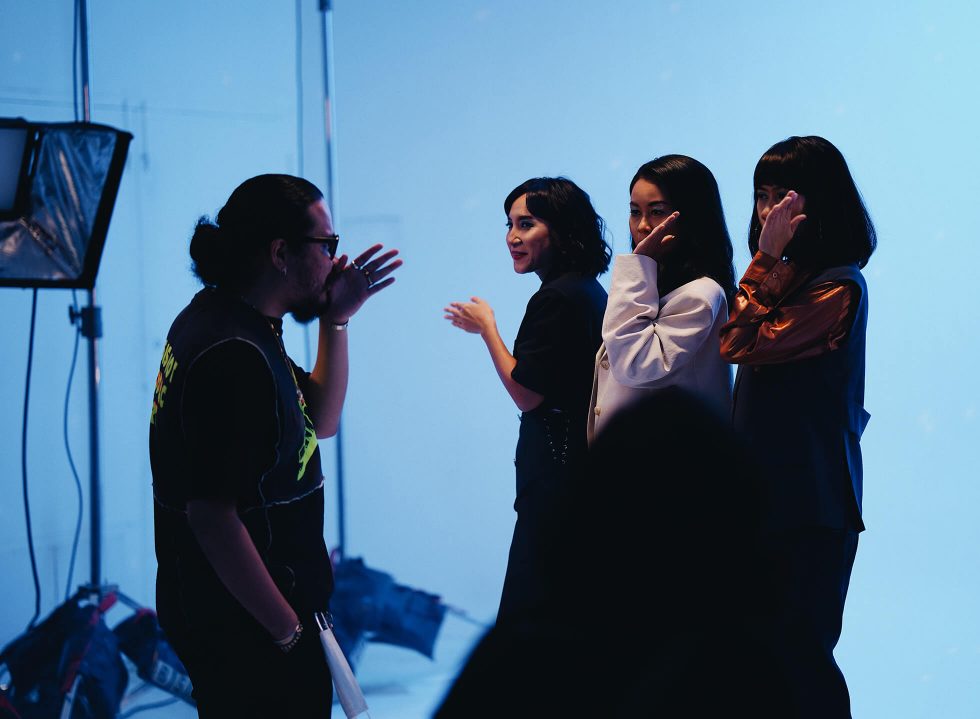 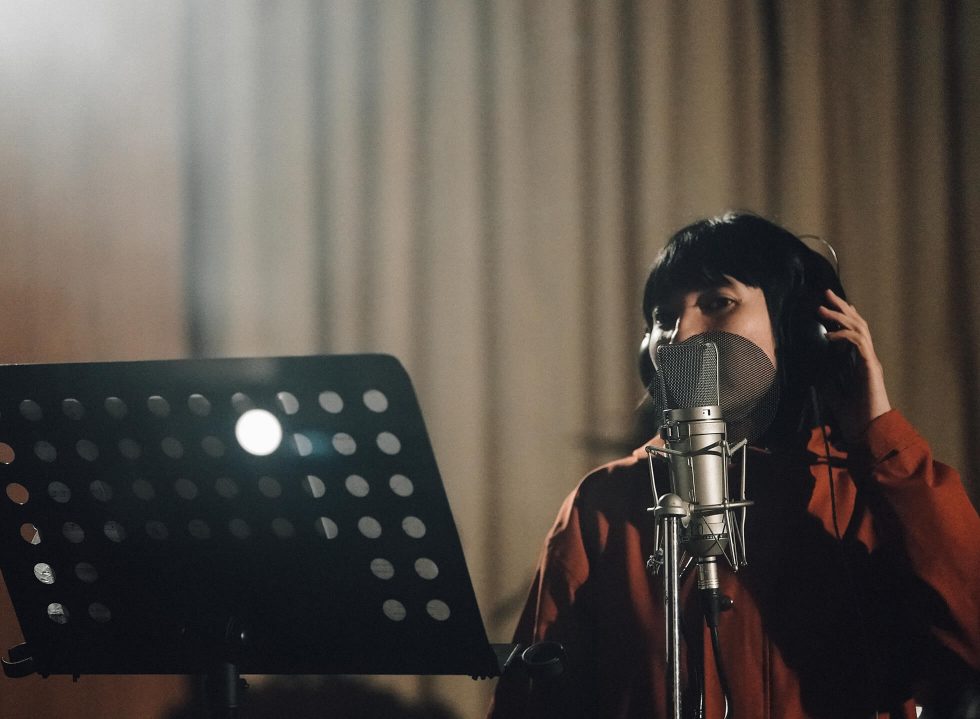 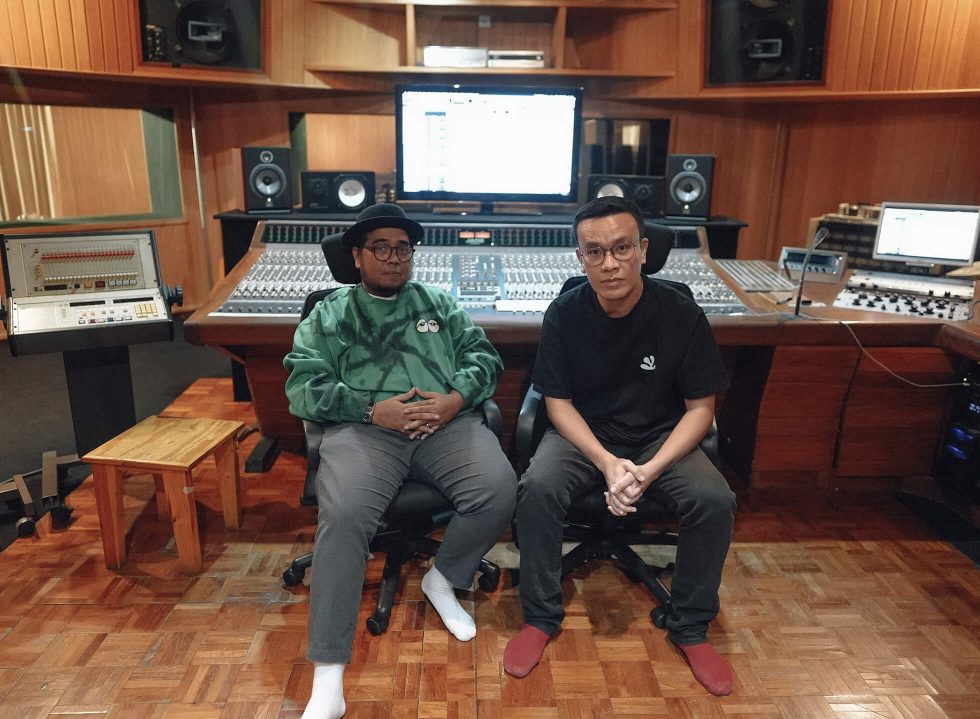 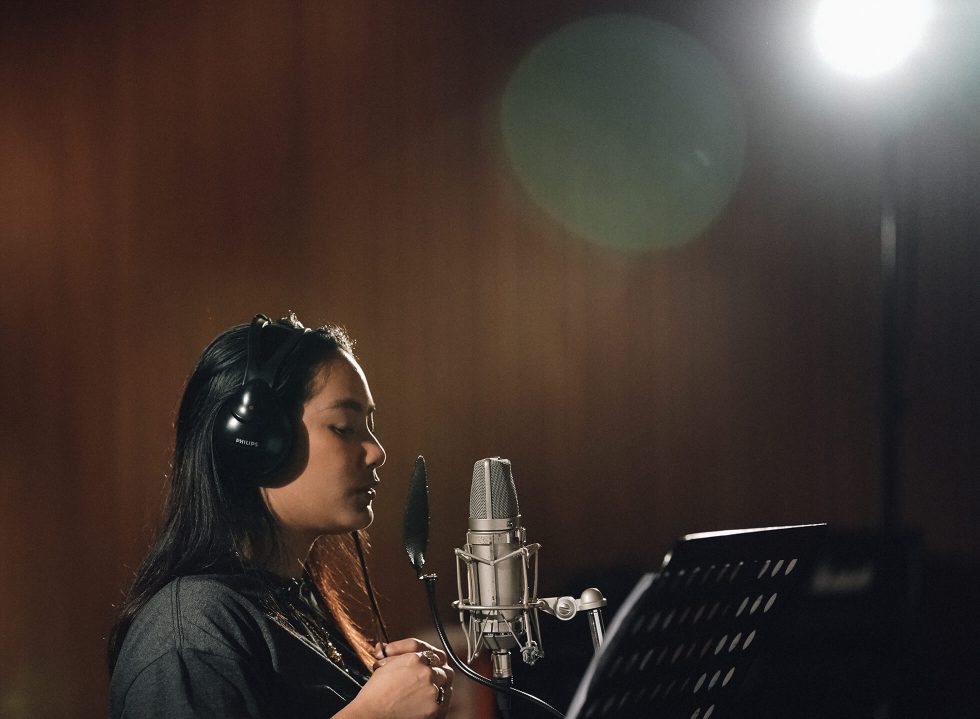 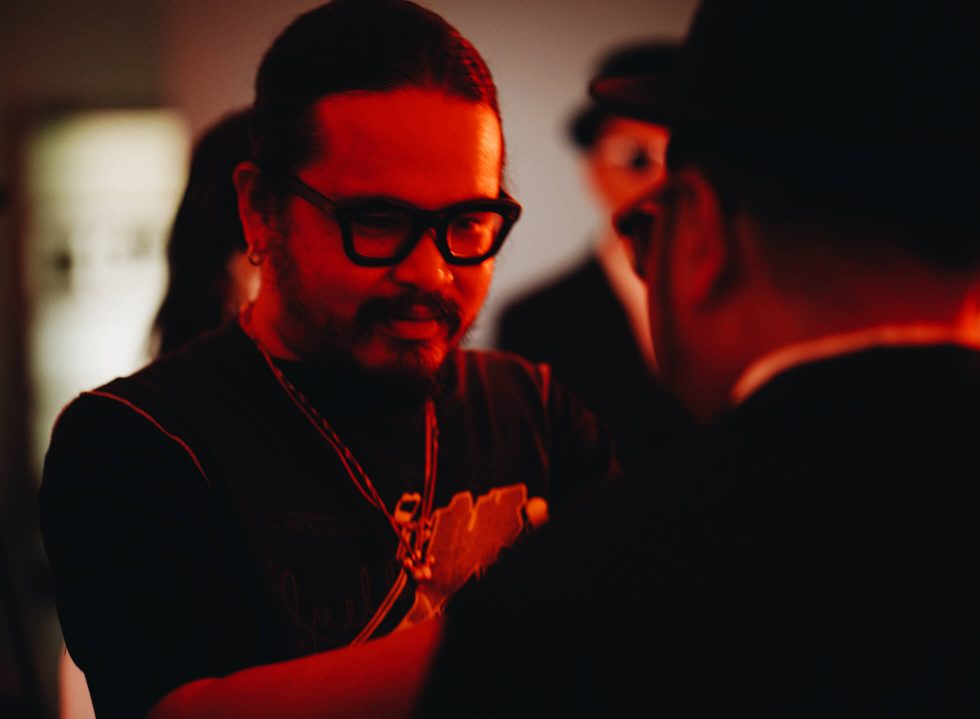 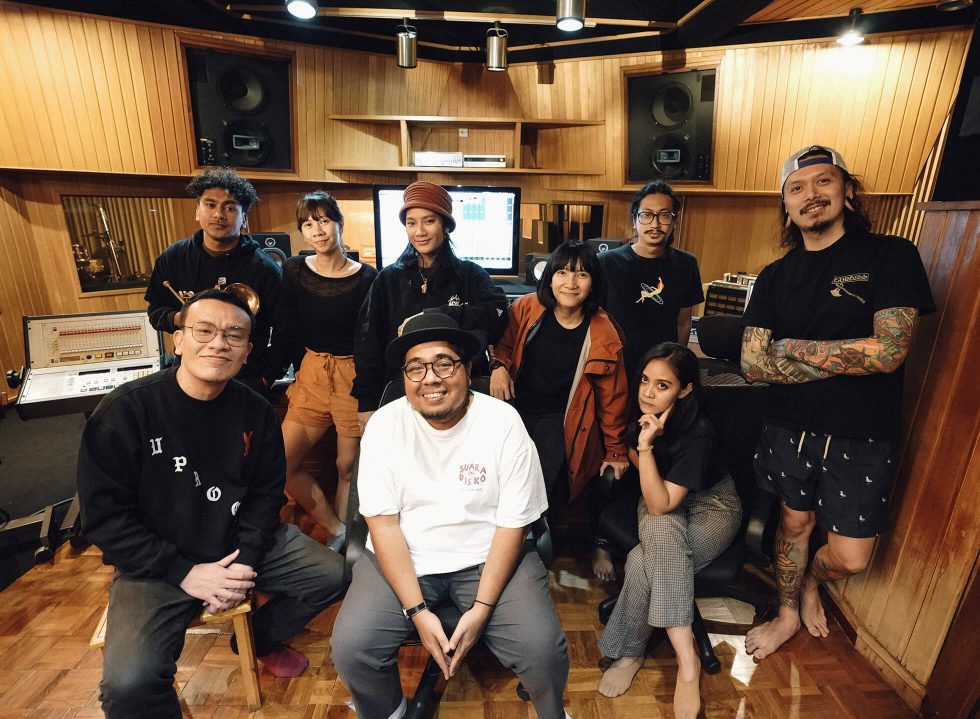 Share
After half a year since its first project ‘CHRISYE’, Studio Pop is back with its second season where Diskoria Selekta partners with band FLEUR! and actress Tara Basro to embody the sounds of ‘Suara Disko’, clad in a constellation of funk, pop, and disco to dance to.

“This was kind of a redeeming project actually. We’ve always wanted to work with Tara Basro. And we’ve been big fans of FLEUR!,” shared Merdi, one-half of Diskoria. The now three-member musical group FLEUR!, previously known as ‘Flower Girls’, began their musical journey singing covers of Dara Puspita—also an all-female musical group from Surabaya, popular in the late 1960s—until they started writing and producing their own songs, with their most recent single titled ‘Merona’.

With only 24 hours on the clock spread over two days, as seen from the first episode of the three-part series, FLEUR! and Diskoria wasted no time and jumped right to it. The original references were the upbeat, full of life disco tunes of Guruh Sukarno Putra and Vonny Sumblang‘s ‘Ratu Sejagad’. For the FLEUR! trio, it was all about fine-tuning their funk for a pop song by finding the right spot for the two styles to harmonise.

Informed by an eclectic mix of musical references, the result shines through the soft vocals of Tara Basro singing as the ‘Ratu Pesta’ (Party Queen), narrating her entrance to a party with a rhythmic groove and lyrics that ignite a constellation of freedom, joy, and elation of being on the dance floor. In short, it’s an anthem that packs all the sentiments we look forward to experiencing once again in the future. “We thought Tara’s personality would embody this perfectly!” Tanya, from FLEUR! chimed in.

On the second day, recording took place at the studio where the actress broke out of her shell to sing the part of the party queen. “Tara was so easy to work with and her positive attitude during the recording made working that day so nice for all of us,” Tanya continued. Over at the instruments, Diskoria and FLEUR! were joined by Achi Hardjakusumah for strings (violin), Jordy Warelauruw on the trumpet and Muhammad Rizky on the keyboard to record (from home and at the studio) the colourful layers of sounds in ‘Suara Disko’. “When the strings, trumpet, and keyboard kicked in, it really felt as if we were at a party. We all danced freely in the studio, there was something magical at that moment,” Merdi shared with a smile.

“You know, I think this is what Diskoria excels in: making space for the reinventions of different musical mediums of the past and bridging it to the younger generation. I wanted this to come through in the music video,” shared director Michael Killian. Set on a makeshift dance floor, the multi-talented creative behind the collective Pleasure visualises the lyrics ‘Mengikuti irama, jadi pusat pandangan mata di lantai dansa’ (Tuned to the rhythm, on the dance floor with all eyes on me) for the music video by manipulating vibrant colours and visual pop cues of the 80s, with Diskoria, FLEUR! and Tara dancing the night away in glitzy neon lights and kaleidoscopic effects.

“In a way, this project is a lot of firsts,” enthused Michael. For him, it’s his first time directing a music video, for Tara, her first to record a song and film a music video—surprisingly incomparable even with her experience as a renowned actress—and for FLEUR!, it’s the first disco track they’ve worked on. “It’s exciting because although everything was quick, it also felt very organic. There’s an element of surprise that I personally always look forward to,” Aat concluded.

The spirit of collaboration within the creative and showbiz industry is still one of the city’s strongest heartbeat after a pandemic-stricken year that’s unfortunately still ongoing. But with this exuberant anthem,  a hopeful future is revived through some groove, funk and pop, crammed into the 3-minute track. “We look forward to being able to perform again and have concerts where we can just share the energy and music with real-life audiences. We hope that day comes quickly,” said Tika of FLEUR!, and they all agreed.