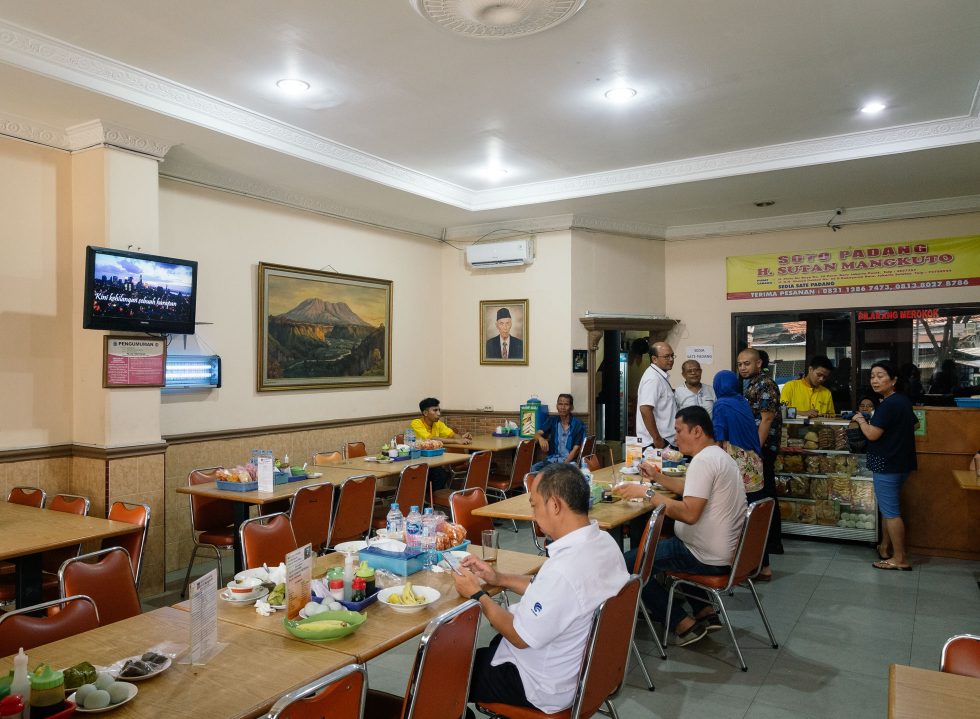 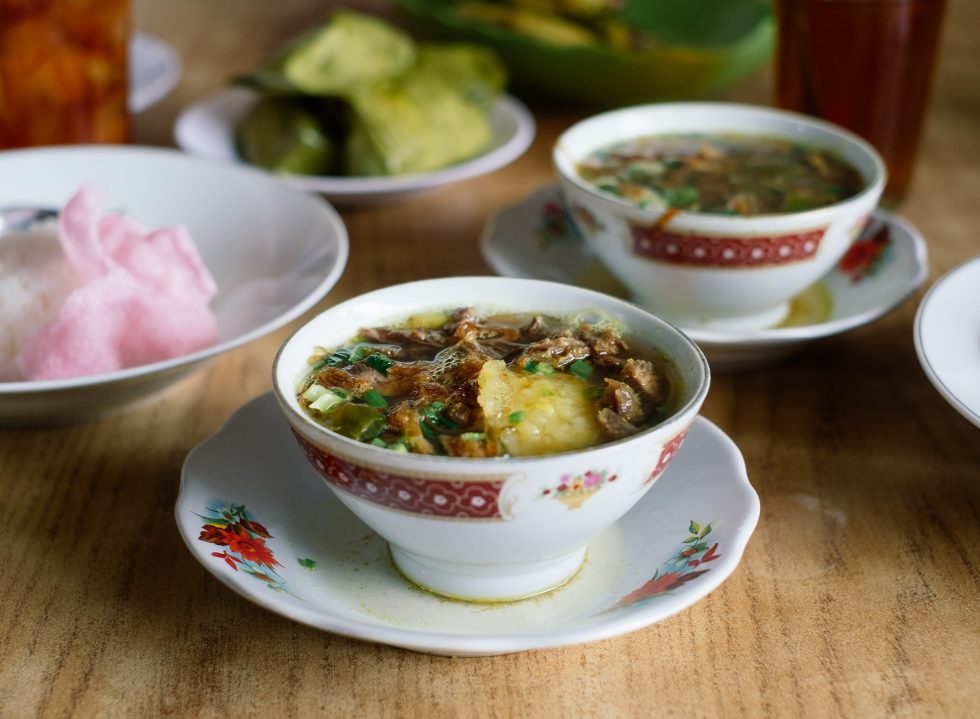 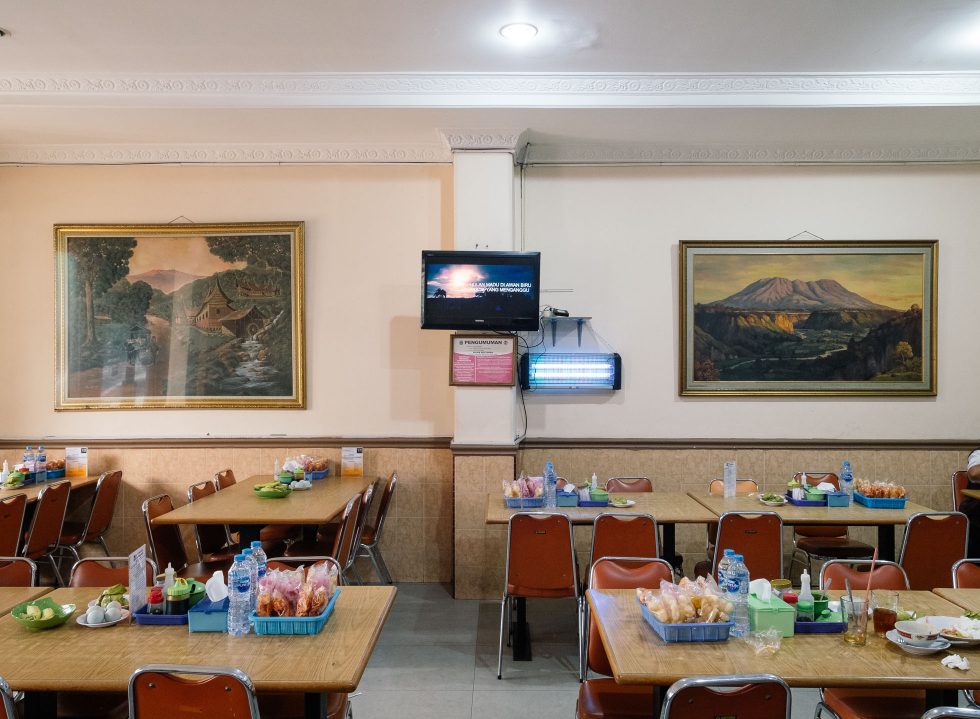 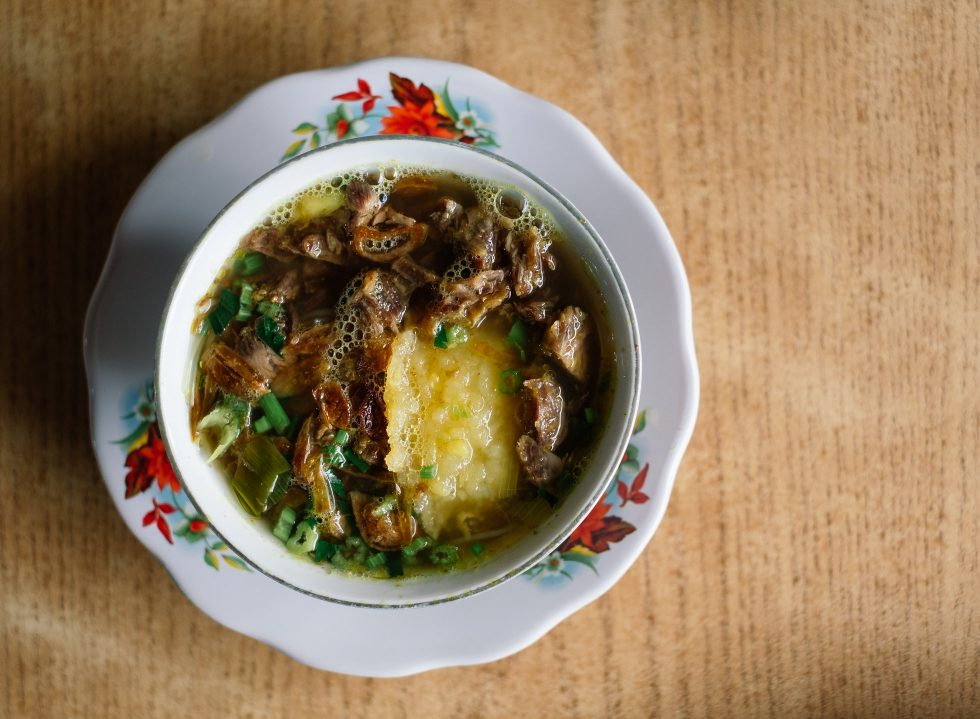 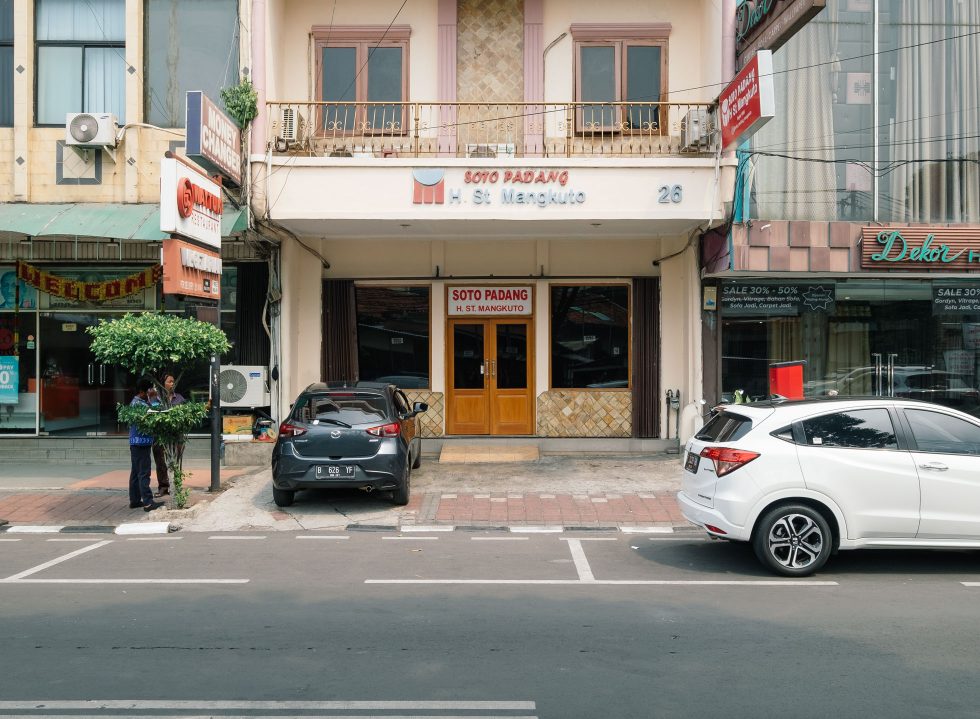 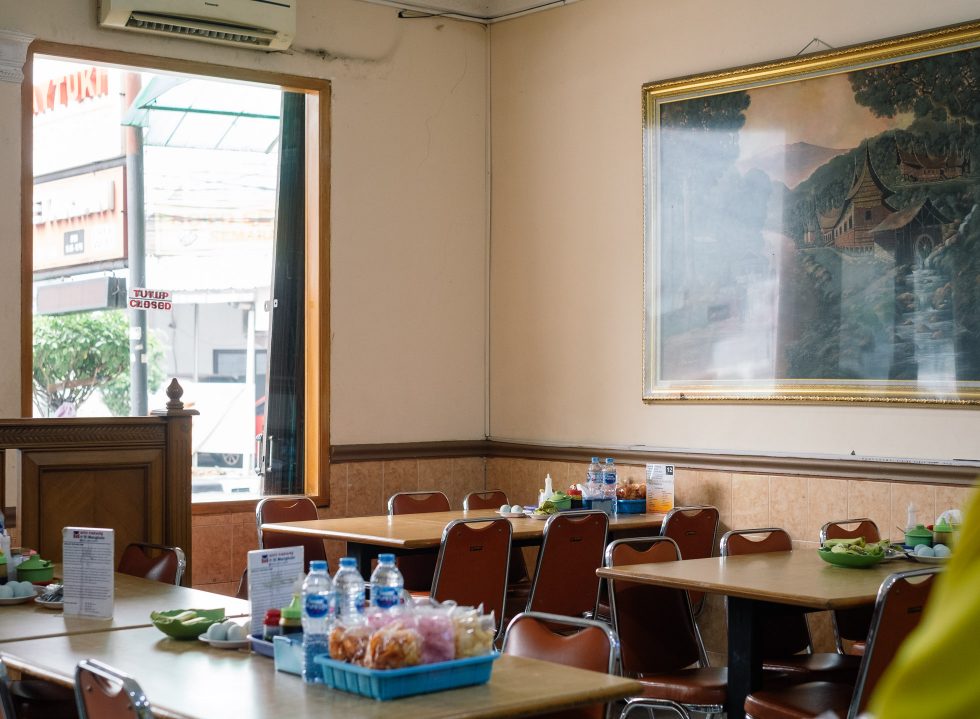 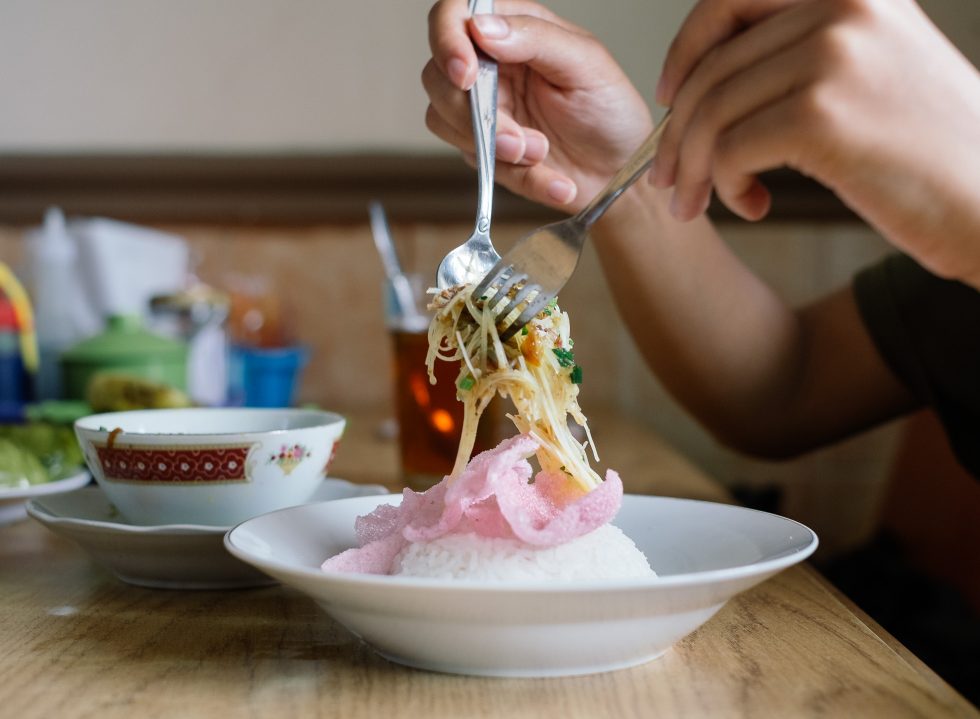 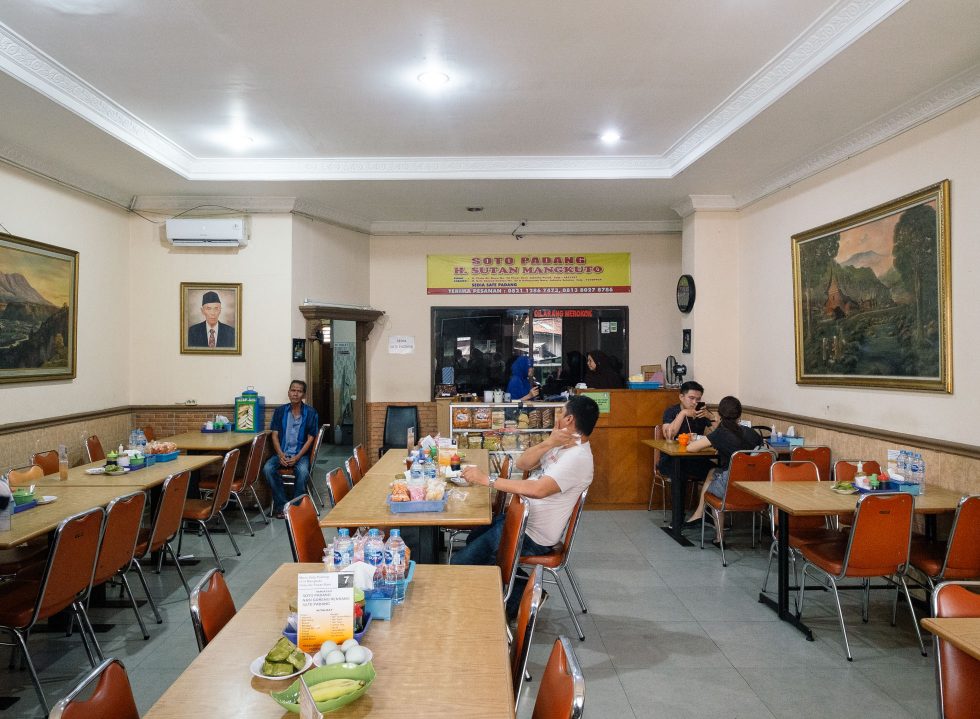 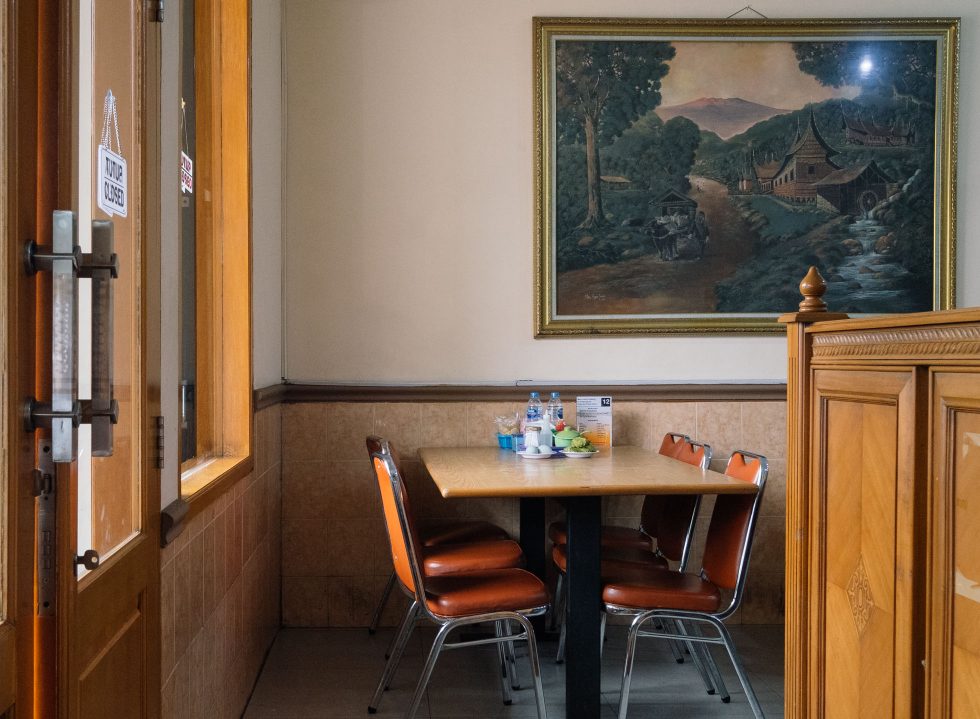 A Legacy of Soto Padang with H. St. Mangkuto

Soto padang. That is the main fixture being served at H. St. Mangkuto’s family-run little restaurant that sits on Pintu Air Raya street in Pasar Baru. The staple West Sumatran dish comes with sohun noodles, potato croquette, veggies and crunchy beef crumbs doused in clear but flavour-packed broth that has fed pools of Indonesians everywhere. Here at Soto Padang Mangkuto, they serve a bowlful of an unchanged recipe passed down from generations since 1942, effectively earning Mangkuto’s soto Padang the status of legendary eats of the city.

It wasn’t until 1966 that the Padang-based family business ventured to the Indonesian capital city and set the first stone that would become their home. Today, the restaurant is anything but an empty eatery: from day to day, the hundred-something of diners come lining up for a bowl of soto Padang to devour for lunch, dinner and in-between.

Their prestige—another win to pride on. Mangkuto’s soto has reached the dining tables at the presidential palace: the stamp of approval (and security clearance!) that acknowledges the exceptional and genuine flavours of their soto Padang in all humility.

Thus, forget the menu here. In true Minangese affability, hot tea is served without question, and assuming you’re here for soto, there’s nothing left but to specify how many of it would you like on the table, and perhaps a couple of refreshing beverages to complete the meal, like freshly squeezed orange juice or sweet iced tea.

As a legendary eat, Soto Padang H. St. Mangkuto sure has a lot to pride on, yet it’s the humility, and consistent flavours that keeps everyone coming back.