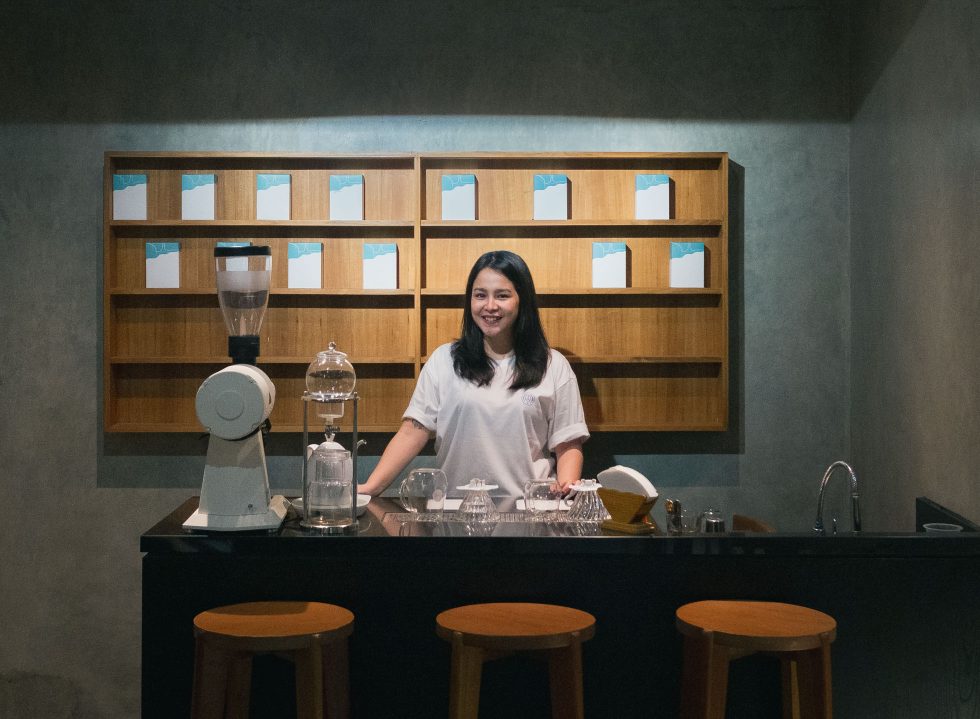 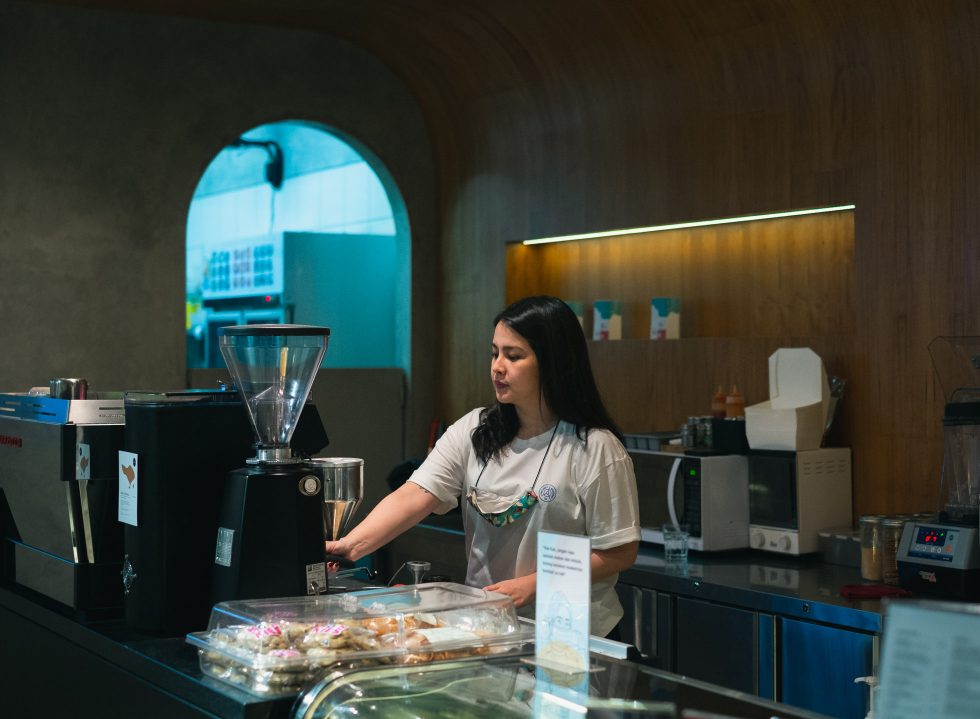 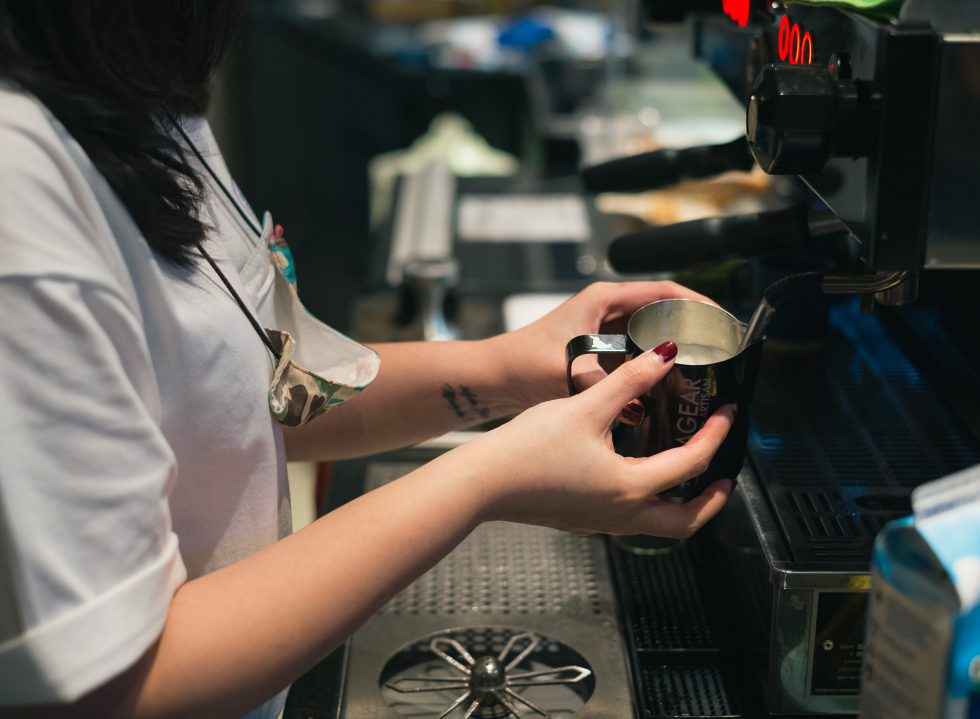 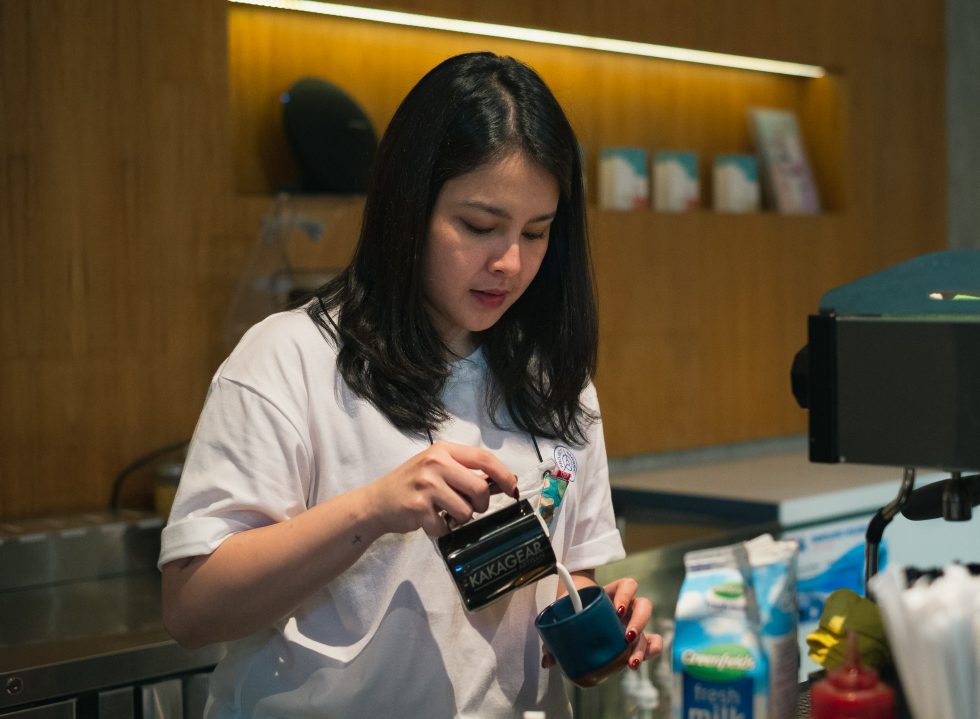 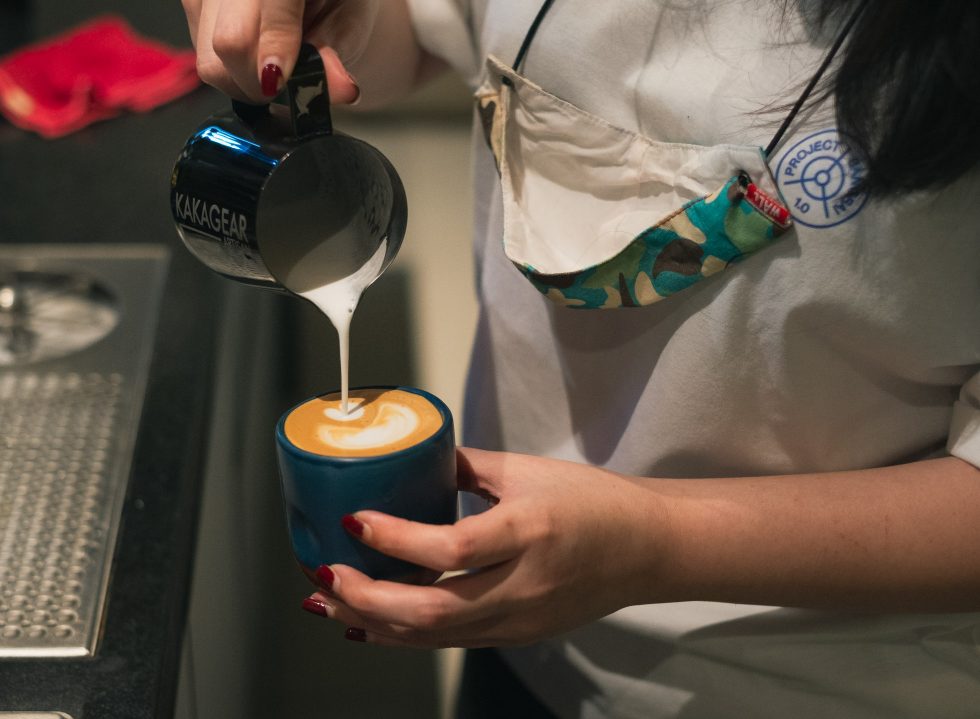 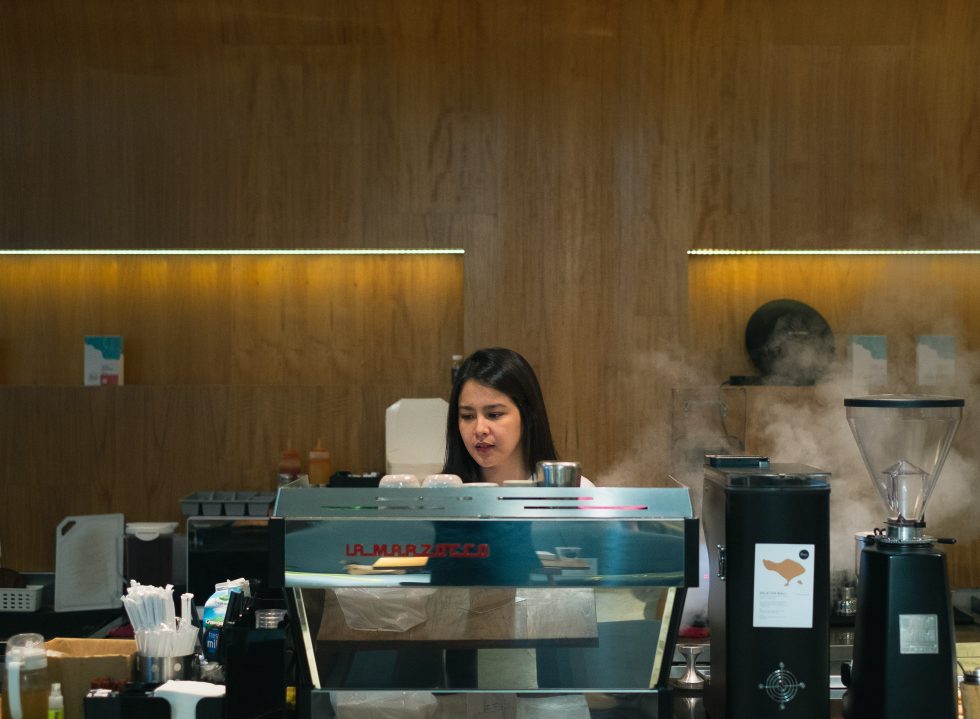 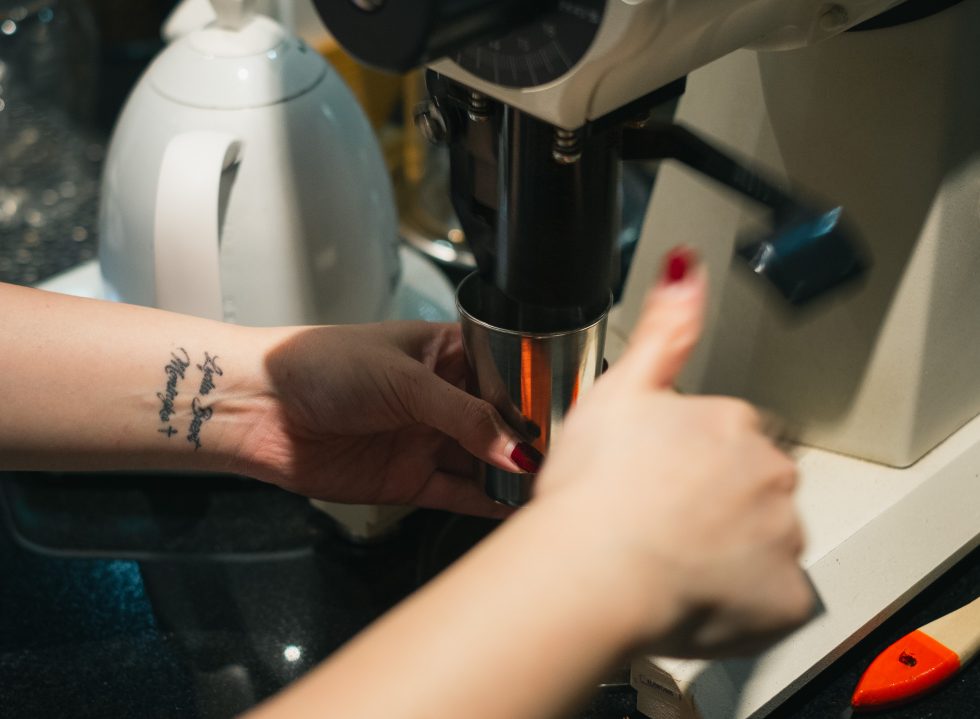 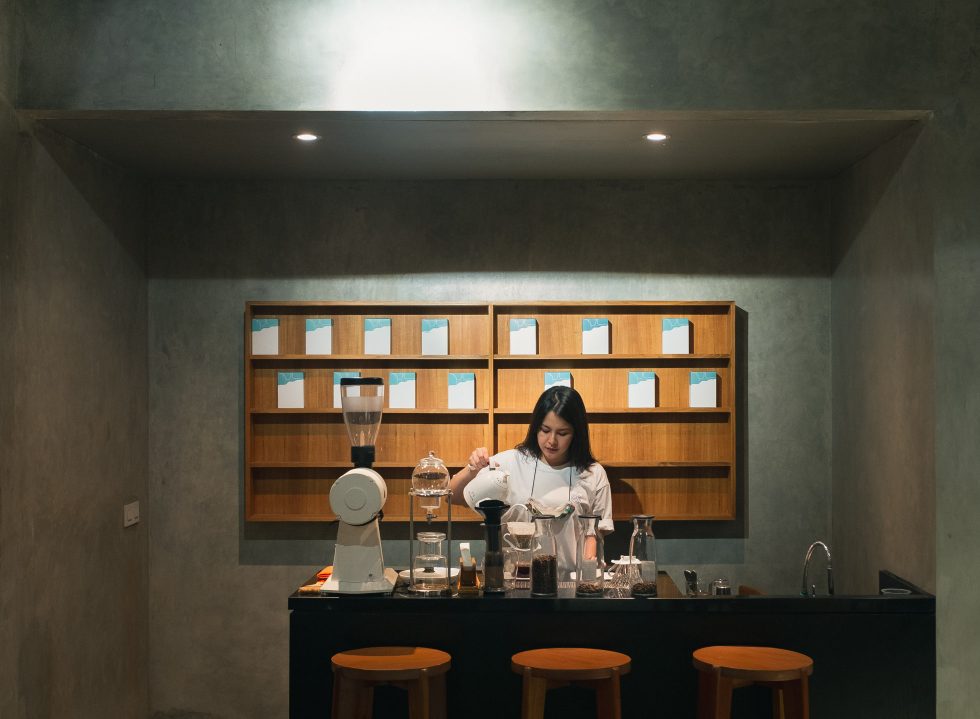 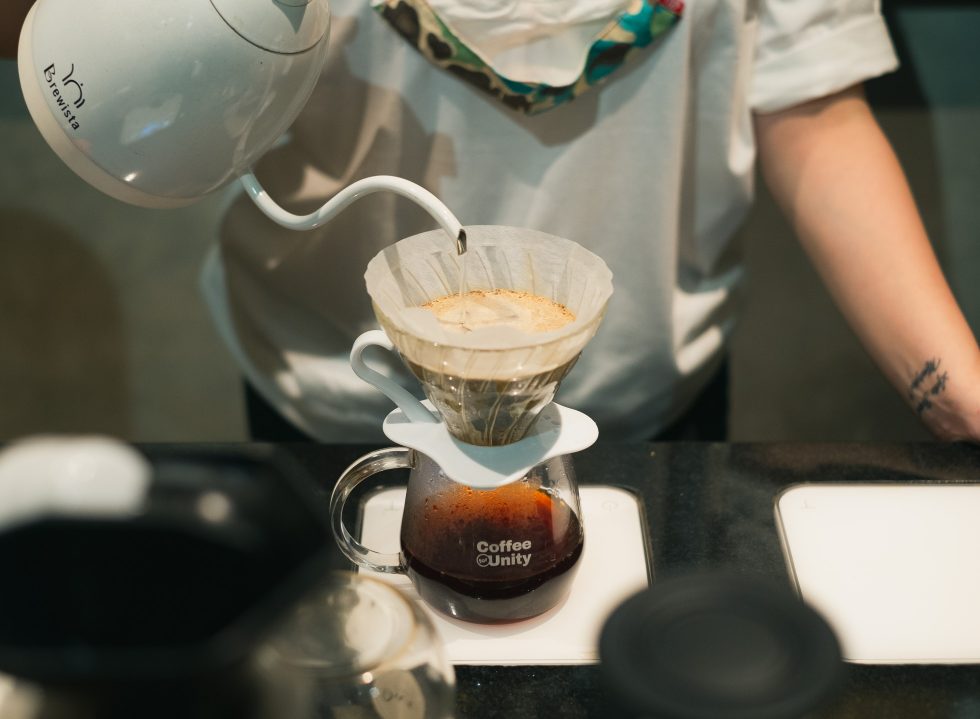 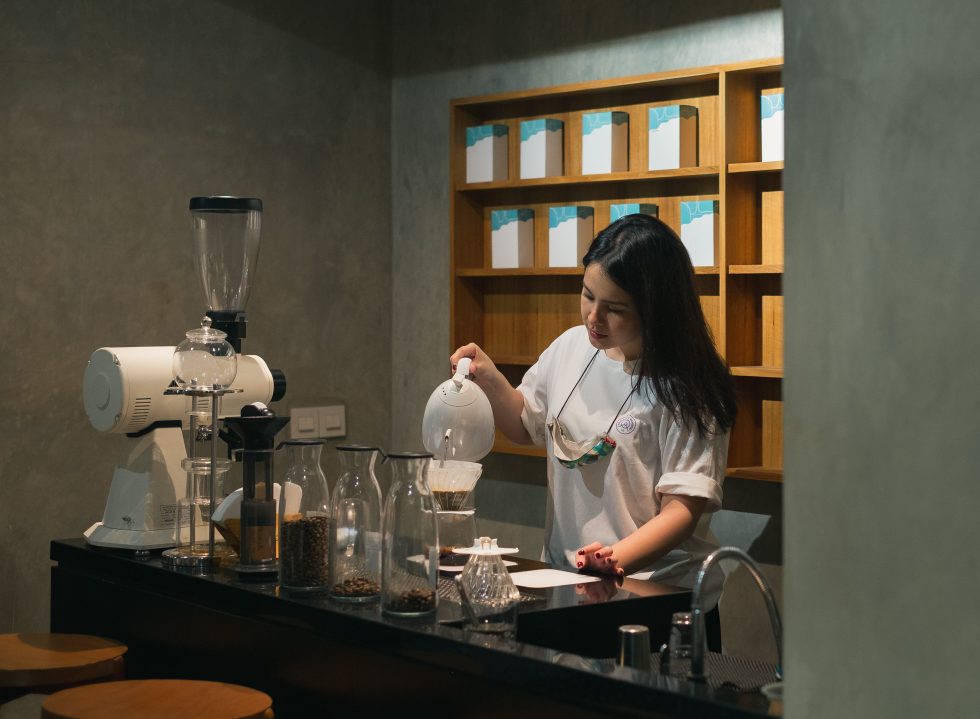 She Calls the Shots: Gabriella Fernanda

Share
As time and trends progress, more and more women are ardently joining the taskforce of coffee professionals in a male-dominated industry, and thrive in it. In partnership with Kopi Kalyan, Gabriella Fernanda shares her story about her ride into the third wave coffee momentum to build herself a career as a barista.

A few years ago, it would have been rare to see women manning professional espresso machines in coffee shops. This rings true to the local coffee scene, but as time and trends progress, more and more women are ardently joining the taskforce of coffee professionals who deliver expertly crafted lattes on the daily. Ever since the third coffee wave hit our shores, it was a steadfast battle for aspiring female baristas to shatter negative stigmas of pursuing the “manly” profession. Yet now, it’s a relief to witness coffee shops everywhere value the skills and spirit that female team members bring to a thriving coffee industry, which Gabriella Fernanda is nimbly proud of since her debut as a barista.

Manual Jakarta (MJ): The third coffee wave hit our shores in 2015-2016. At that period, were you already working in the industry?

Gabriella Fernanda (GF): Actually no, I started in 2017 when coffee was at its height when everyone was really noticing the scene. Before that, I was still in university taking International Relations at Prof Dr Moestopo University and would study in basic coffee shops around campus, like in Starbucks. [Laughs].

MJ: Do you remember how the coffee scene looked like around the time you started?

GF: Coffee shops were mushrooming! They were talked about everywhere, in movies, the news, and there was a rage for national (sic) coffee competitions because some of our local baristas made it to World [championship]. I think that’s when the scene really took off.

MJ: So, amidst the excitement and newfound love for coffee, what brought you into the industry?

GF: Well first, I was invited by a friend [to work] at a coffee shop, just to try out some gigs. But even before that, coffee was already part of my daily routine as a college student writing her thesis in cafes. But I wasn’t a coffee pundit; like many [people] in 2017, we drank coffee as it is. But this culture truly contributed to the hype and boom of people into the coffee industry.

As for me though, I started in pastry, like a pastry chef in a coffee shop. Besides the fact that I used to bake a lot with my oma, I took a short pastry and baking course while I was doing a semester abroad in Holland. The course was just for fun so it’s not like I had a formal background in pastry. But my friend told me to be in the front kitchen instead of the back, which meant manning the coffee bar.

GF: Well, at first it was nerve-wracking. From handling the machine to making latte art, it was confusing but you only truly learn by doing. Then, because I consider myself an introvert, it was all the harder because as a barista you have to be sociable, maintain eye-contact, chat, story-tell. It’s very different from what people assume [being a barista] to be. But I tried it out and love it to this day.

MJ: We’ve known how the coffee scene is male-dominated. Was there something different about being a woman entering this field?

GF: Definitely. When there is a woman barista, customers would sometimes question why she is making their coffee. We encounter comments like that a lot. And I think it has to do with the “unskilled labour” aspect of being a barista. You know, besides making coffee, baristas clean, mop and do some literal heavy lifting, like storing away sacks of coffee beans, lifting water gallons, fixing the coffee machine—they are in foresight a “man’s job” so, many people used to doubt whether girls are capable of doing those.

MJ: And how about the experience behind the counter, like, with your teammates?

GF: Oh, there too. When I had just started, there were always one or two people who questioned everything and underestimated based on gender. Whether it’s bossing us around or telling us not to touch the coffee machine yet… So how am I supposed to learn then? Then, there’s the stigma that girls are just inherently slower in doing their job while coffee shops are fast-paced settings. It’s sad to say, but the only way to counter that is to prove that you can do all of those. Lift that water gallon.

MJ: Actually, do you think there are advantages to being a girl in this field?

GF: Very much. I think girls are just naturally faster learners and our sensory taste is more sensitive to detect different coffee notes. As a team member, girls also add all sorts of values to the team. I think everything we do is more detailed: the bar is cleaner, we weigh more precisely than guys do and are generally more diligent. [Laughs]. In the few times when I was the first or only girl in an all-guy team, they admit that everything is just neater and cleaner at the bar and there’s more positive team spirit at work! It’s not to say that all girls are like that or that every team is easily manageable.

MJ: Then, locally speaking, is the industry headed in the right direction when it comes to inclusivity of women?

GF: In my opinion, the hype and the promising career within the industry have drawn in more girls who are not embarrassed about becoming baristas. And with that, having women in coffee [industry] is becoming normal. Besides, with more and more interest people have for coffee in F&B, we need more workers too. It’s a positive thing for college students and girls to be this excited about [working as barista] and not minding about starting from the bottom by scrubbing dishes. However, in my opinion, girls are still more prone to being stigmatised as attractive pseudo-baristas who are there to sell their looks for the establishment. It’s sad, but the fight is on the female barista herself to prove that she has the brains for this profession. There’s nothing odd about girls paving a career in the coffee industry anymore because ultimately, everybody knows that careers in coffee are inherently measured by skill and experience, not gender.

MJ: It’s widely recognised that Indonesia has Grade A coffee beans. To you personally, what sort of flavour profile do you love most from local beans?

GF: I lean towards acidic coffee. So if we speak of local beans, something very exclusive to [Indonesia] that I love would be arabica beans with notes of local spices. Aceh Gayo, Sumatra and Flores have strong notes of cinnamon and clove that I like a lot, which, I guess, is also why our beans are so popular with foreigners because they have such a unique flavour profile. Oh, and Balinese beans! And personally, brewing using a V60 is a personal favourite because it’s fail-proof and yields very consistent cups of coffee.

MJ: And finally, what are your future ambitions for your career in coffee?

GF: For a lot of baristas, entering competitions would be one of their career goals, but somehow, it doesn’t appeal to me. [Laughs]. I can attest that I’d rather be the person who helps my peers train and prepare for competitions instead. I would root for them. So for my next big step, I want to be a roaster. To me, a roaster is like the principal of a coffee shop. But I still feel like I need to work on myself, my mood, my temperament to even start learning. [Laughs]. It’s an entirely different kind of pressure than being a barista, so I’m taking my sweet time before I challenge myself. And ultimately, I want to own a café where I’ll be hands-on in roasting, coffee bar and pastries. It sounds grasping, but I look forward to it. 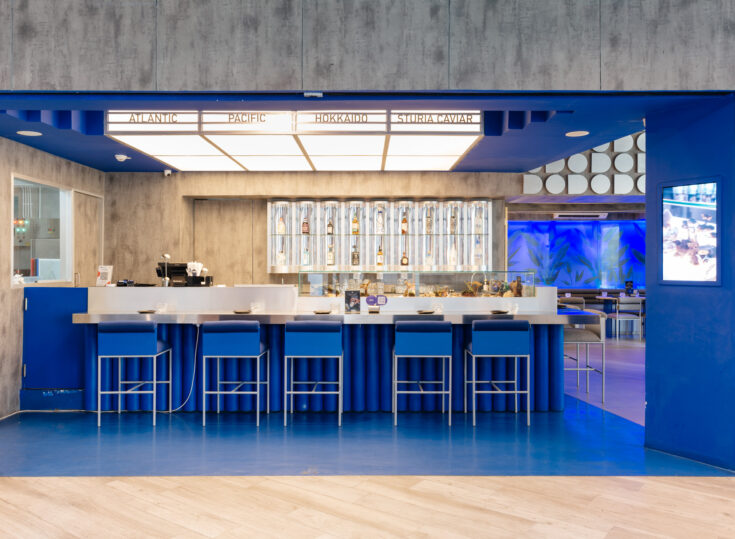