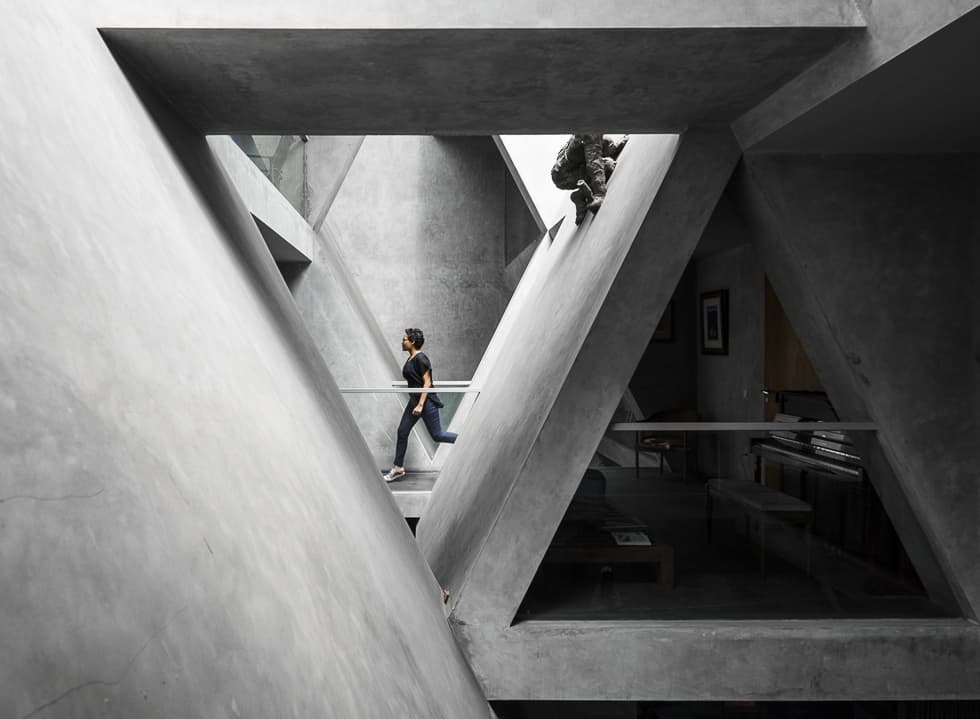 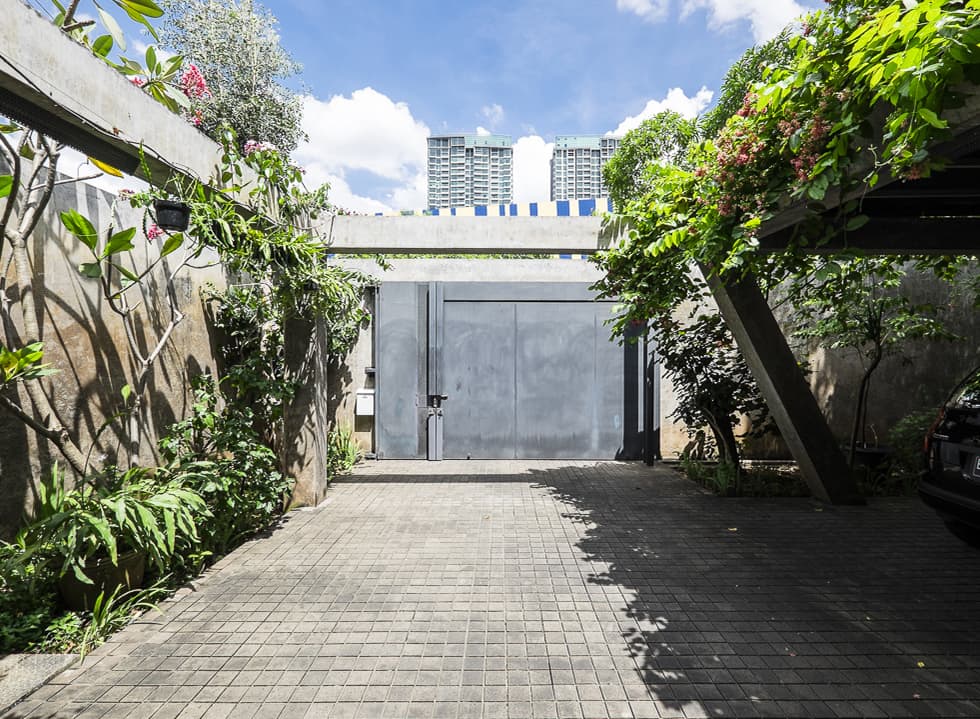 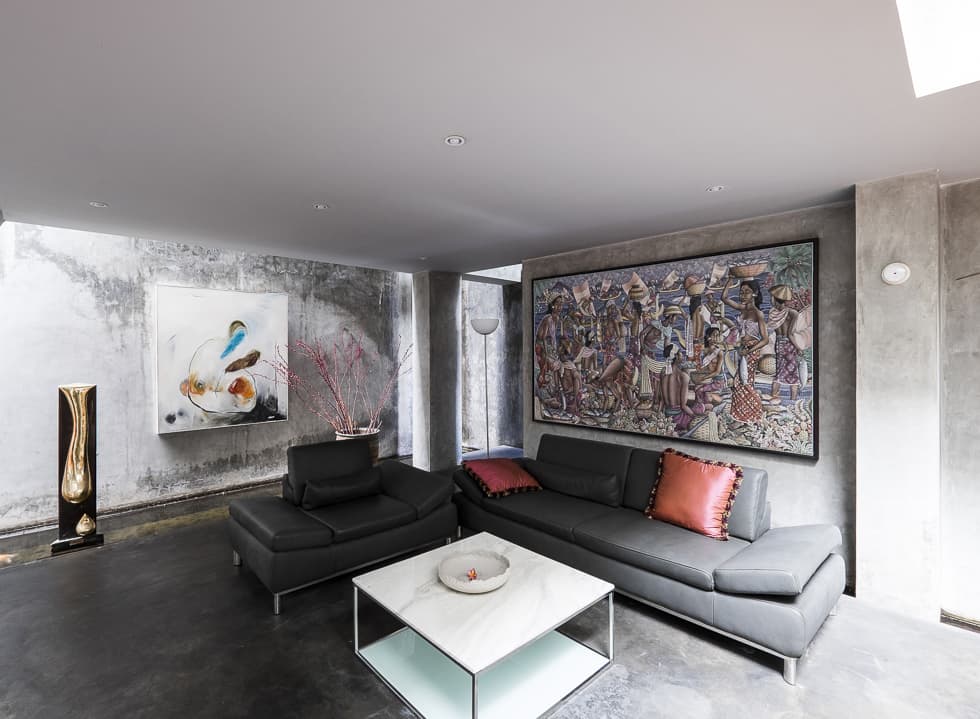 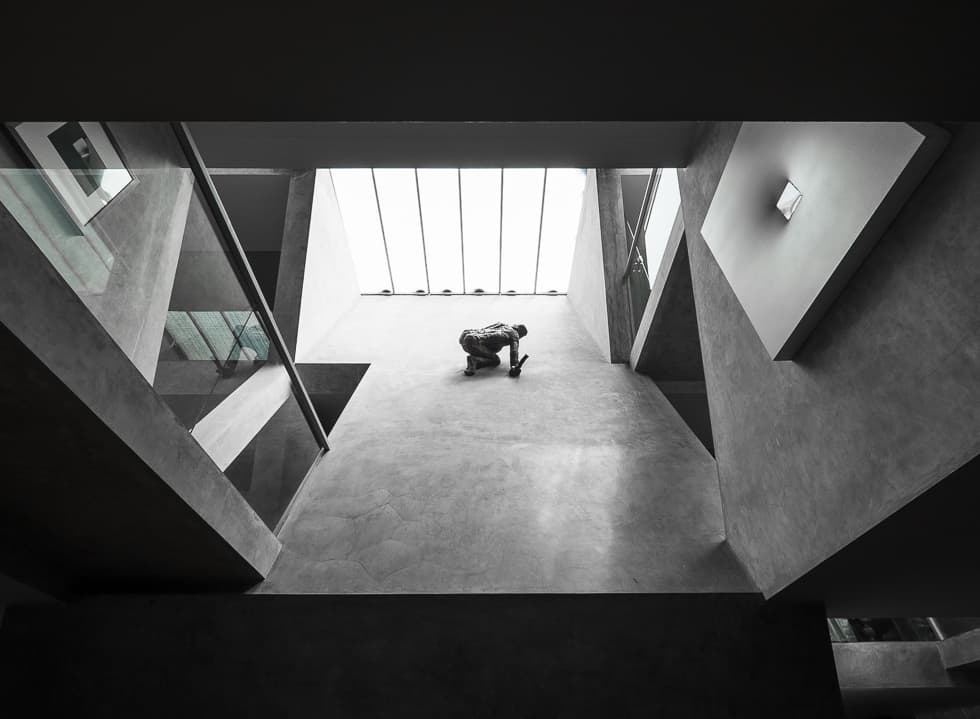 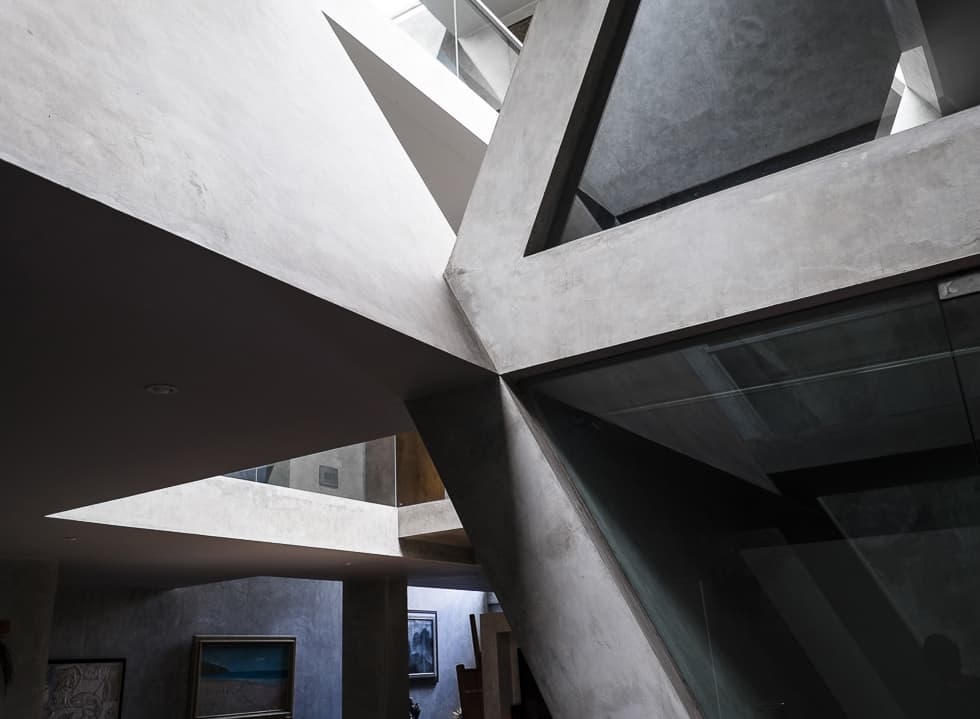 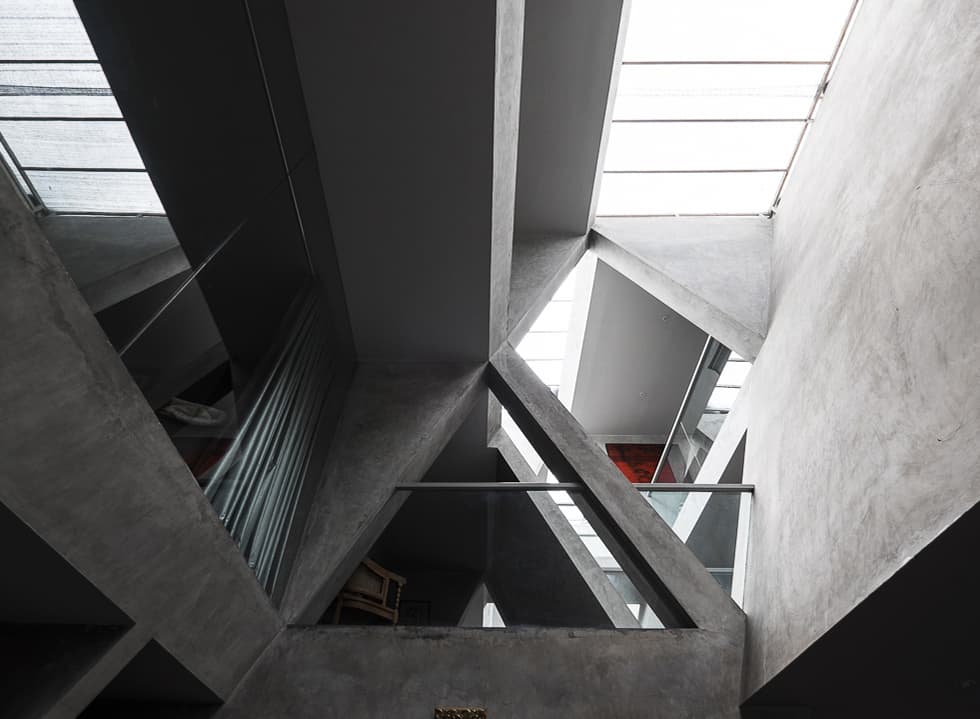 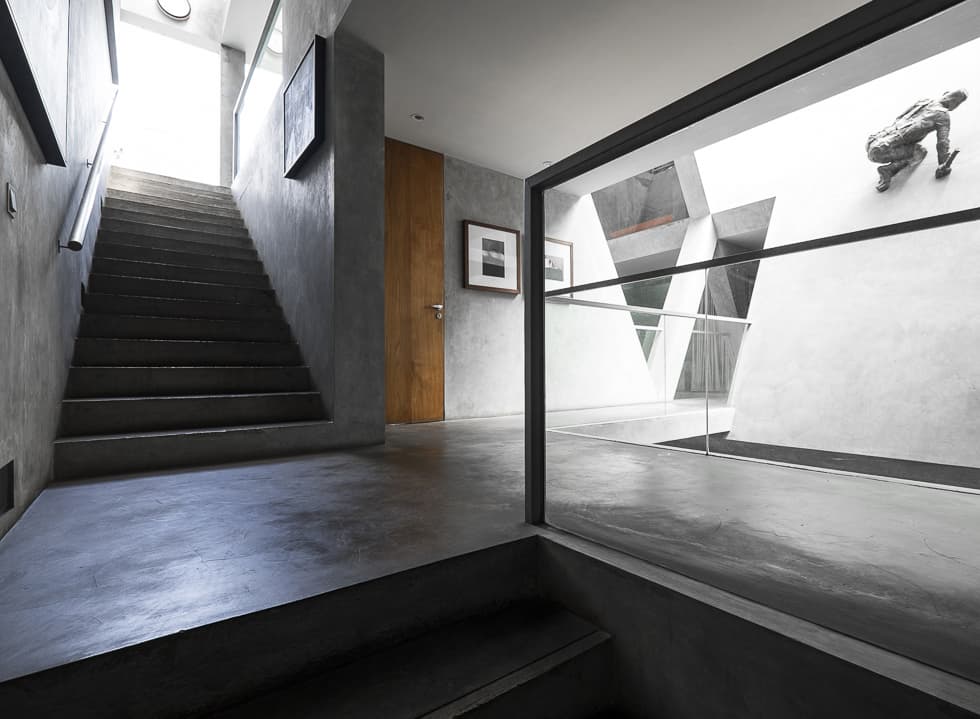 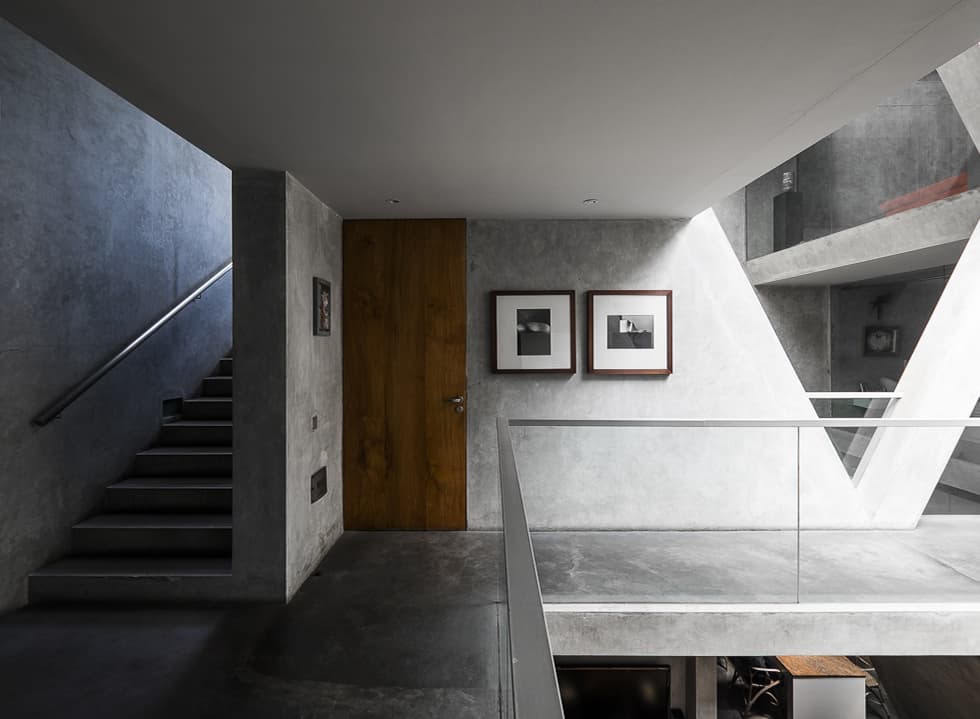 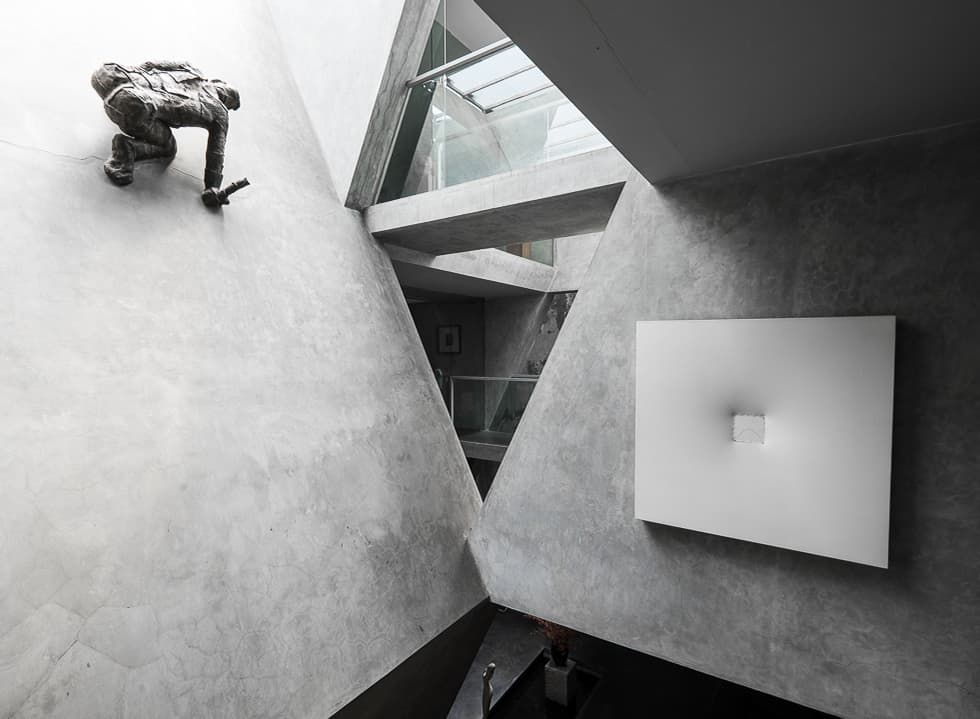 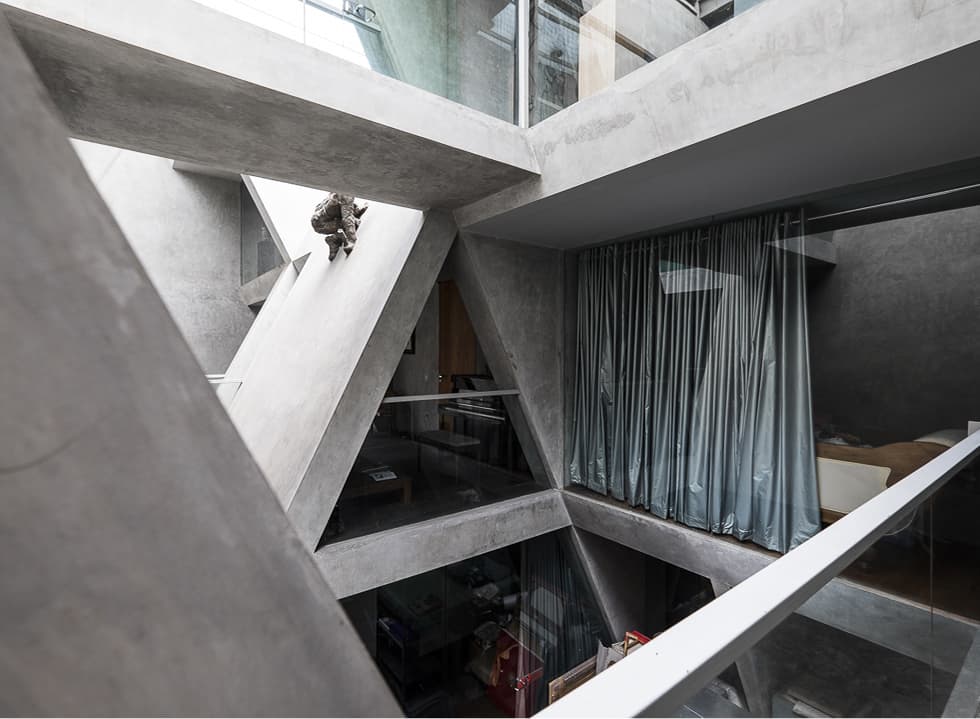 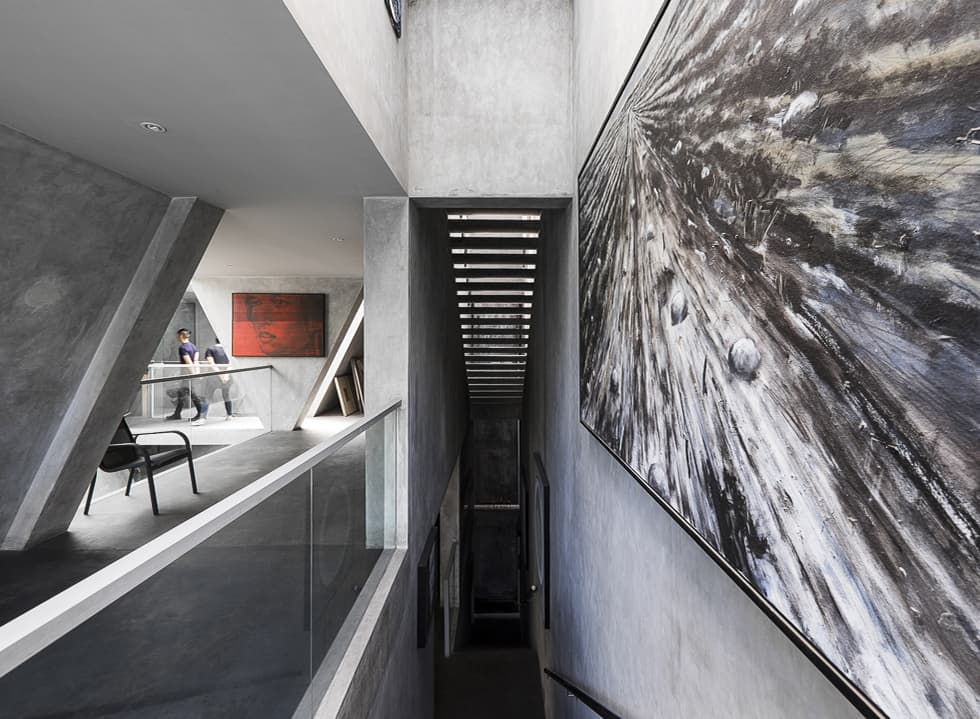 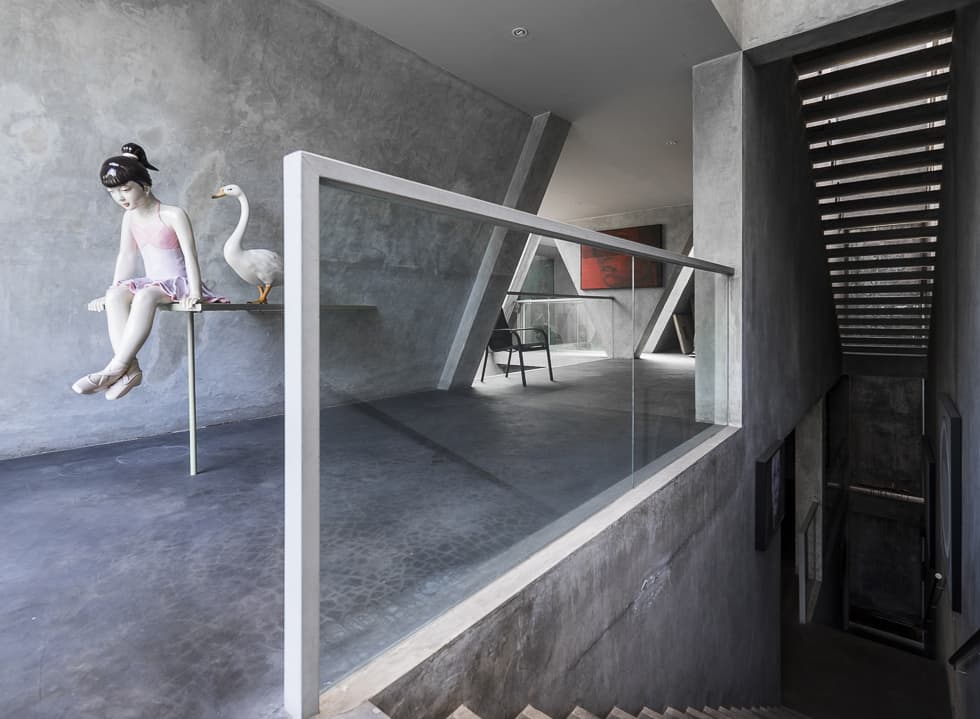 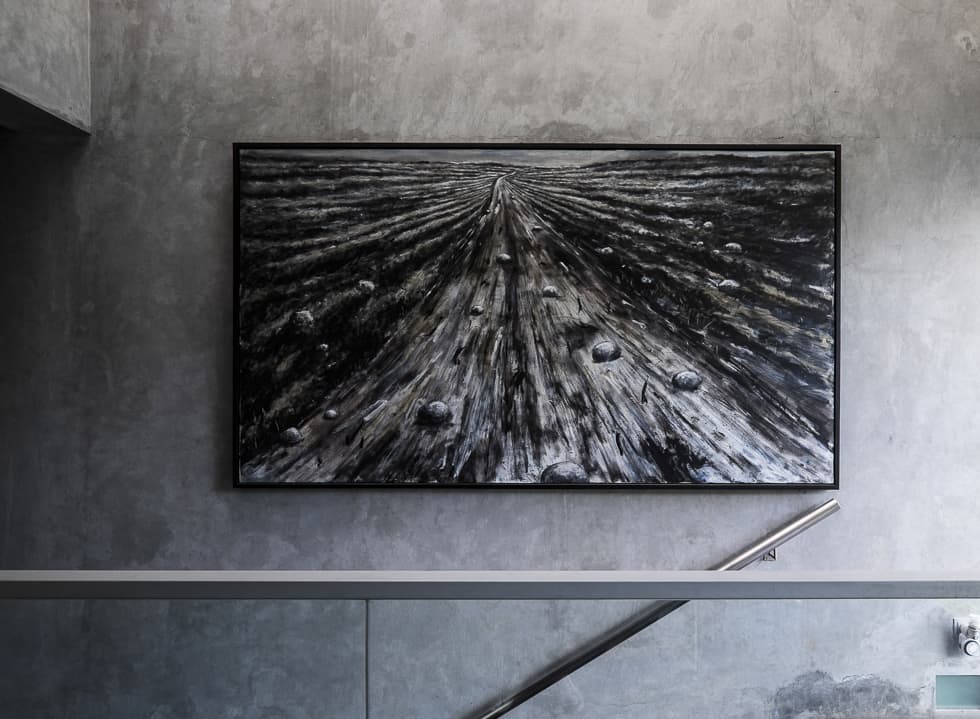 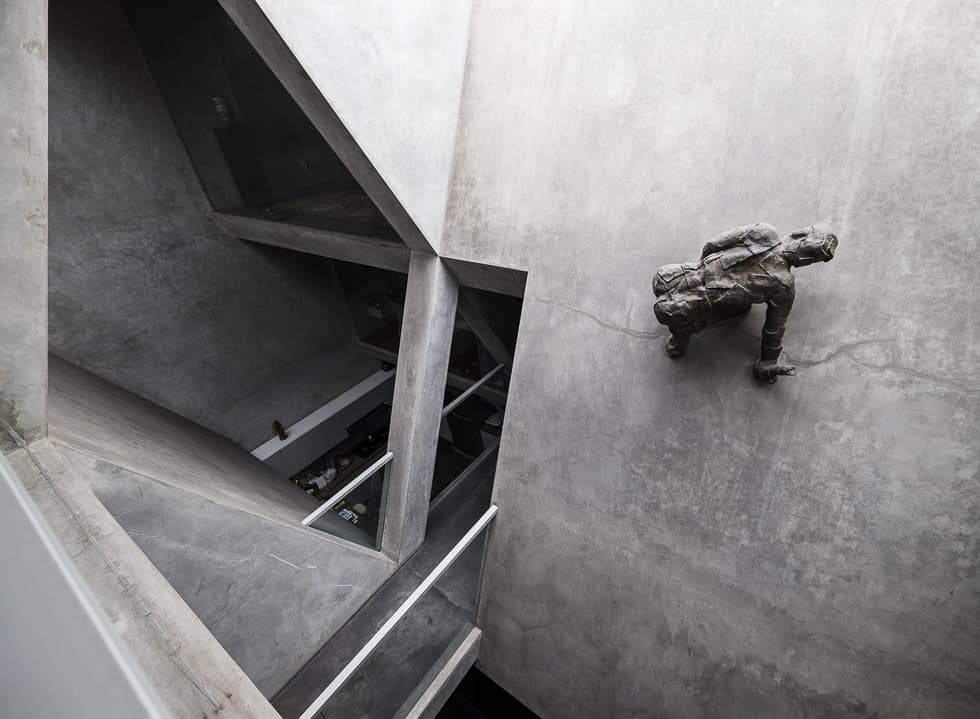 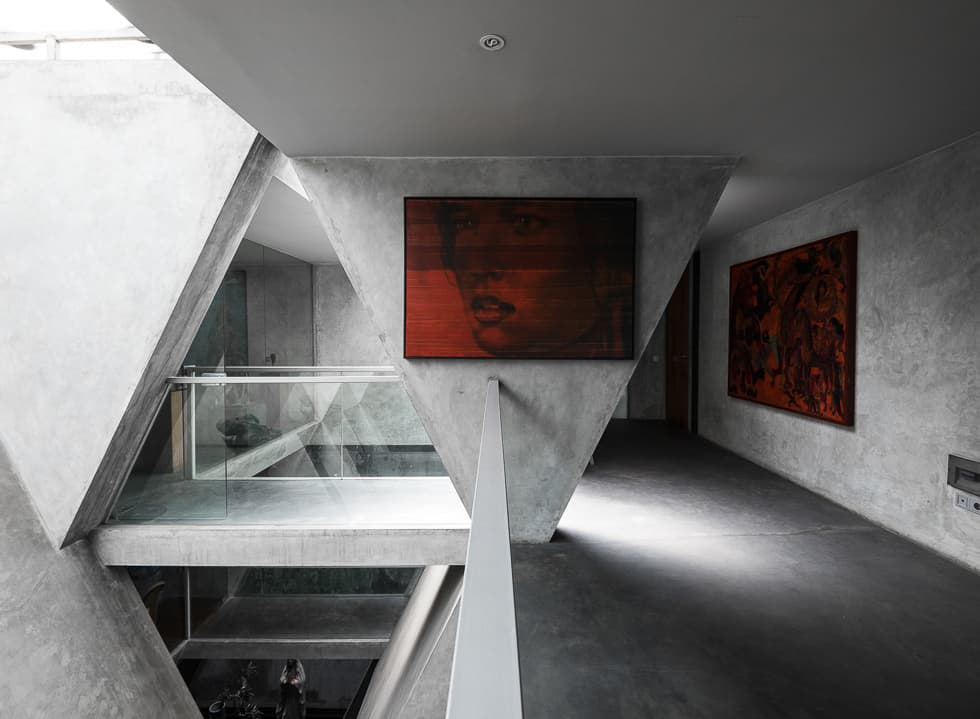 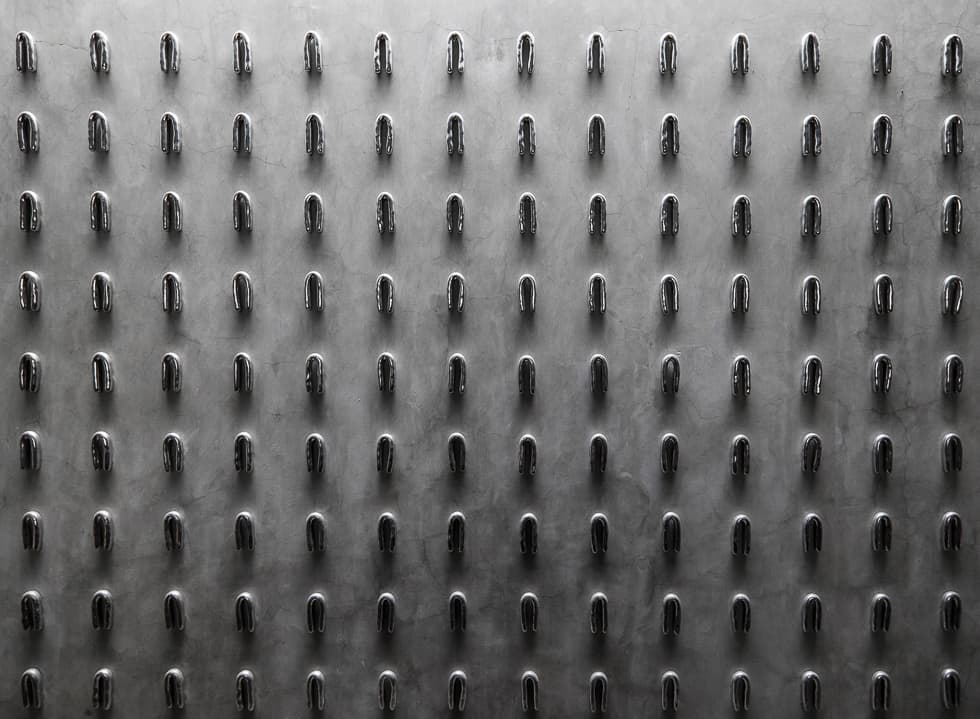 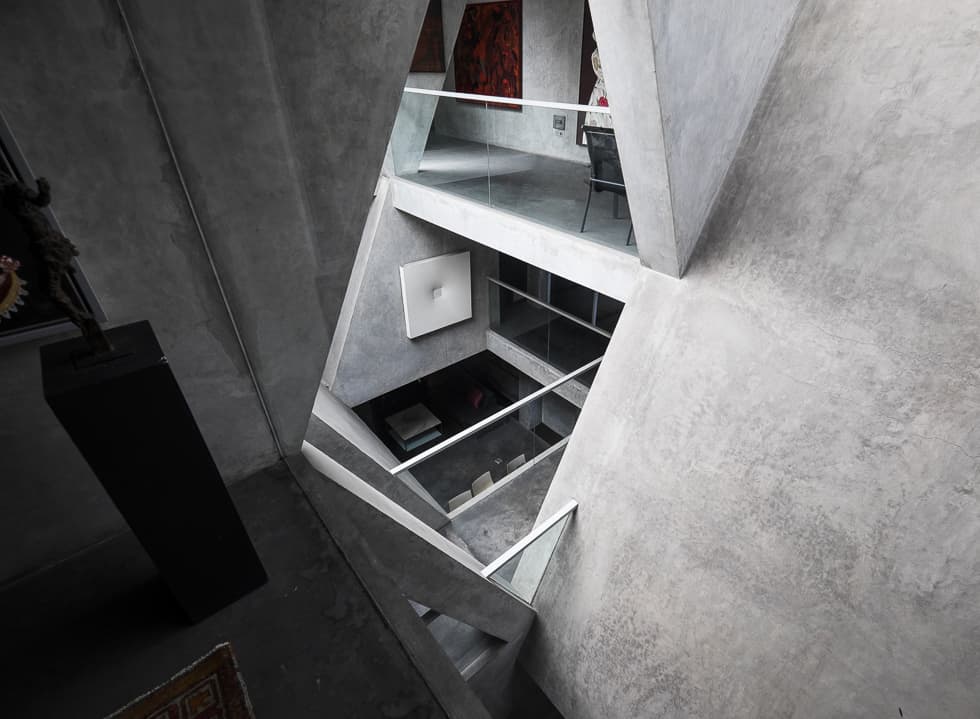 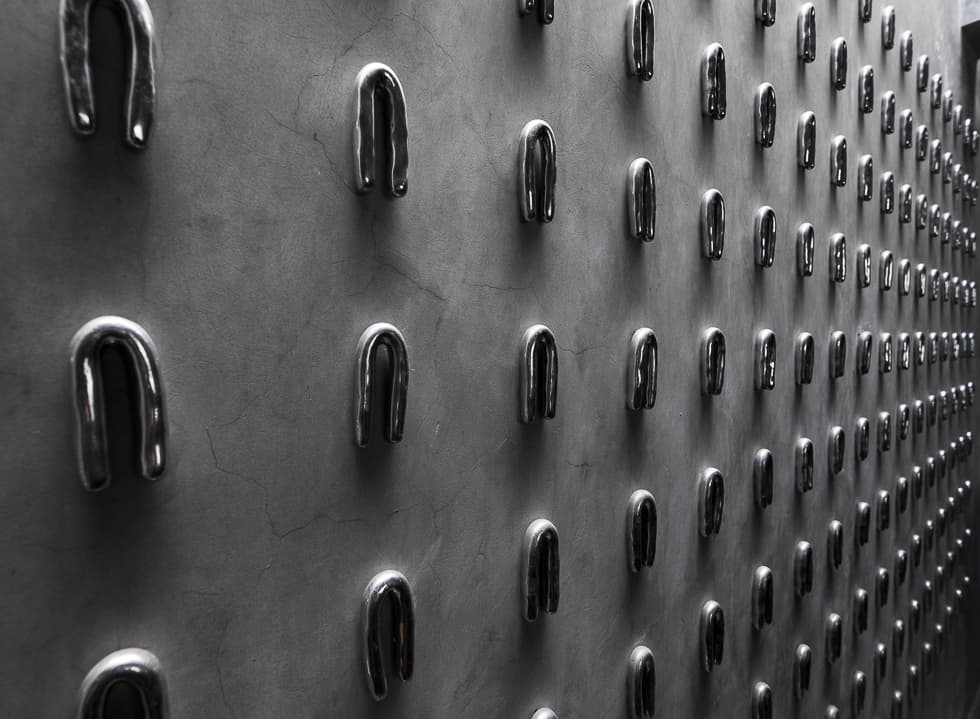 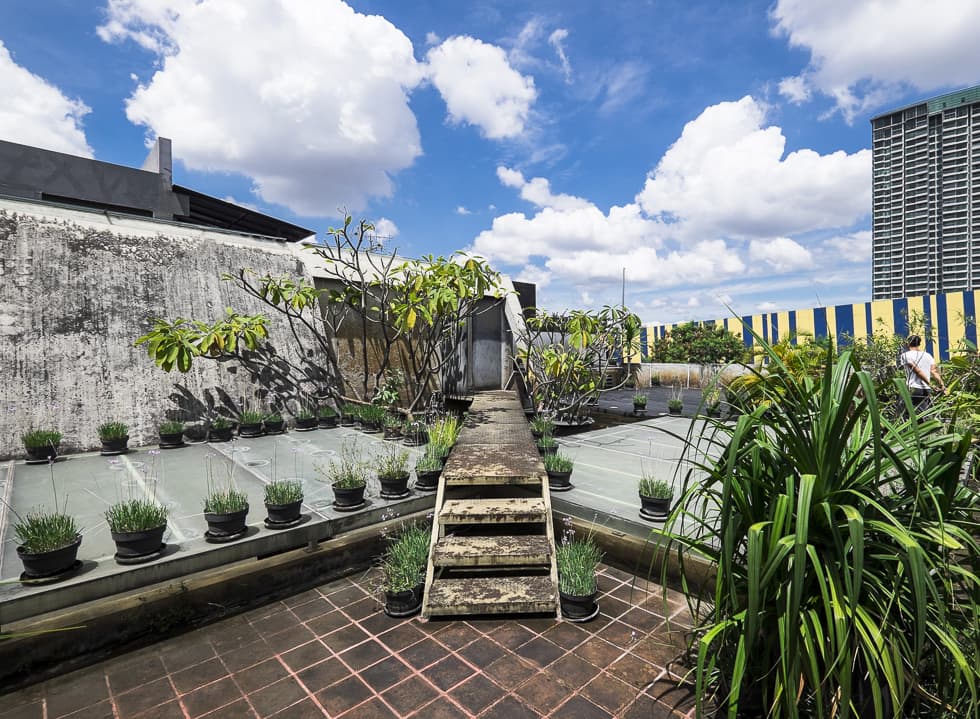 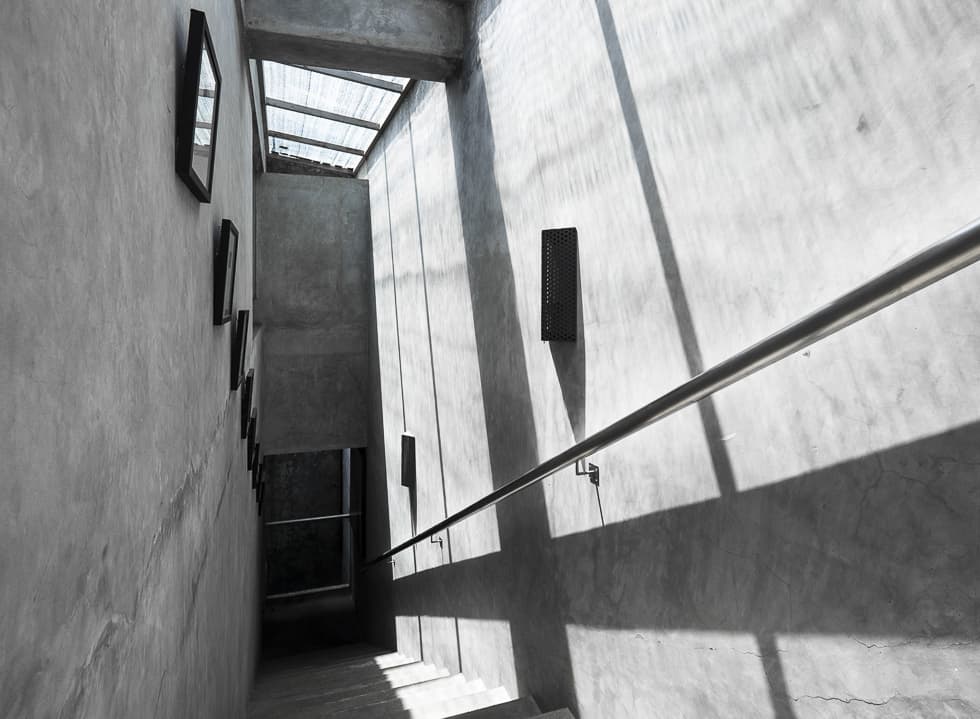 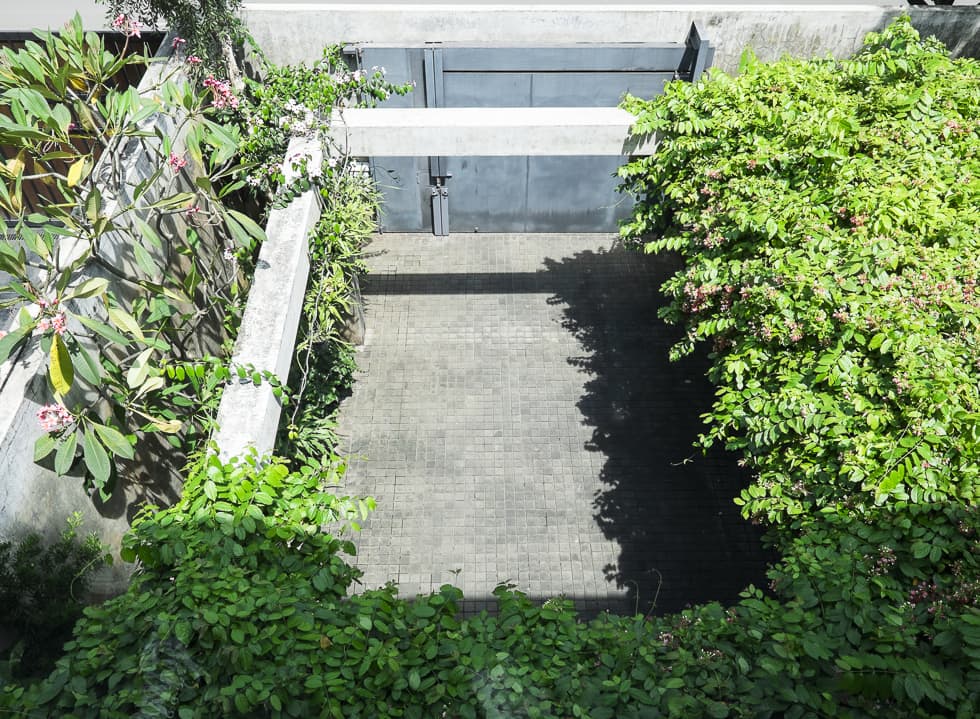 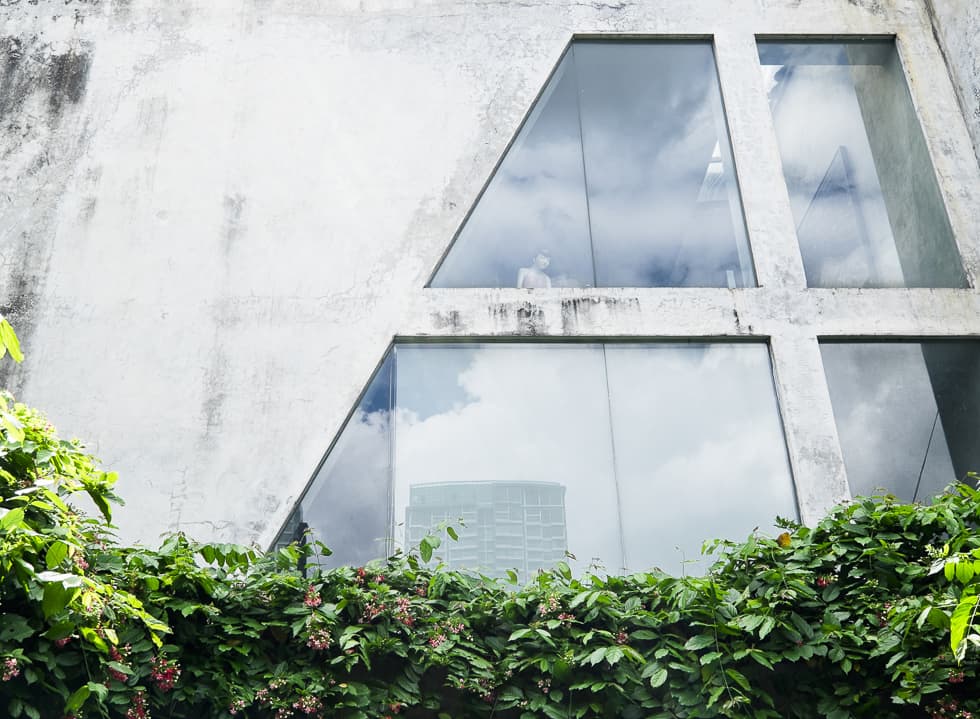 by Julius Kensan
Share
In this second installment of A Session with Studio Dasar with Danny Wicaksono, we explore one of the most offbeat residences in Jakarta, Studi-o Cahaya.

Following last week focus into the majestic Istiqlal Mosque, where we dissected the architectural feats that made up the renowned place of worship with the expertise of Danny Wicaksono of Studio Dasar, we turn our gaze into one of the most intriguing architectures in Jakarta, Studi-o Cahaya, in this second installment of the series.

The dull and heavy gate, which weighed over a ton, slid laboriously to the left like a giant beast, awaken from its slumber as it raised its eyelid lazily to welcome us in. Danny Wicaksono glided in like a breeze as though he just returned home. But, it was certainly not because he was lacking in basic courtesy.

Dubbed as the Studi-o Cahaya, the architecture that stood before us is a creation by Adi Purnomo of Mamostudio where Danny was involved in its design process as well. It is also the dwelling place of a retired, art-enthusiast couple (they prefer to remain anonymous) that Danny is a close acquaintance of.

A few minutes ago, Danny assured us that we are in for a pleasant surprise. But, even as we moved past the gate and stood in front of this seemingly plain 600-sqm building, it was still hard to imagine just what kind of surprise he was hinting at.

It was only after entering the belly of this beast that the surprise began to reveal itself. And it’s easily understood where it has got its nickname.

Our eyes were immediately fixed at the generous amount of sunlight that poured down from the high ceiling right in the middle of the building, which was then refracted by the wall jutting out from the left, and cast the entire premise with atmospheric glow. In an instant, every subject in the room, inanimate or living, was transformed into a live 3D painting.

As we stood there, still trying to make sense of this offbeat architecture, the sound of trickling water could be heard below us, pining for our attention too. Lining the floor is a giant U-shaped pond filled with Koi fish and terrapins swimming leisurely like they are the original inhabitants of this nest. It is as if someone has chanced upon this cave, smoothed out all of its rough edges, carved orifice into chambers and call it home.

If Studi-o Cahaya doesn’t quite fit the usual idea of a home, that’s because it wasn’t build with the idea of a conventional home in mind. “The idea was to create an architecture that made full use of natural resource, in this case the sun, and pushes the possibilities of a home while, at the same time, making it habitable,” explained Danny. By pushing rationalities aside, it has resulted in architecture – built from cement, steels and glass – that defies specification. Is it a home, a gallery or, perhaps, a gigantic sculpture in disguise?

Moving on to the second and third floor, the sloping and slanting walls across the hallway could easily throw you off balance. But it also produces graphic details that, when viewed from different points, allow plenty of interesting perspectives to be uncovered.

When there isn’t any perspectives left to discover, then there are plenty of artworks by Indonesian artists such as Rudi Mantofani, Teguh Ostenrik and Keng Sien Liem to revel in, thanks to the owners’ hobby in collecting art. On the side of the jutting wall, a life-size sculpture of an abstract human figure scales the building permanently in tranquility; a resin sculpture of a young girl in ballet outfit sitting in silence as it gazes softly out of the window, watched by a tender goose from her back; a dynamic painting of Irfan confronts the viewers with its violent strokes.

Painters and sculptors would get a kick creating an artwork in this building. How not to when new details and forms give itself away, allowing new perceptions and interpretations, as the sunlight creeps its way slowly across the belly of the beast during the day?

Still, Studi-o Cahaya engages not just the sight but sound as well. Thanks to its unconventional walls and hallways, any sound produced could easily reverberate throughout the entire building. Imagine playing hide and seek in this building. Even if you could detect a sound, it’ll be hard to pinpoint its exact location.

Studi-o Cahaya demonstrates that a home could come in many forms. “This piece of architecture exposed the many exciting possibilities of a typical home. A place of residence is not just doors and windows surrounded by four concrete walls,” remarked Danny.

And who would have thought that, by throwing caution to the wind, irrationalities could result in an eccentric home that provides, not only a roof over the heads, but also nourishment to the mind and soul of its inhabitants?