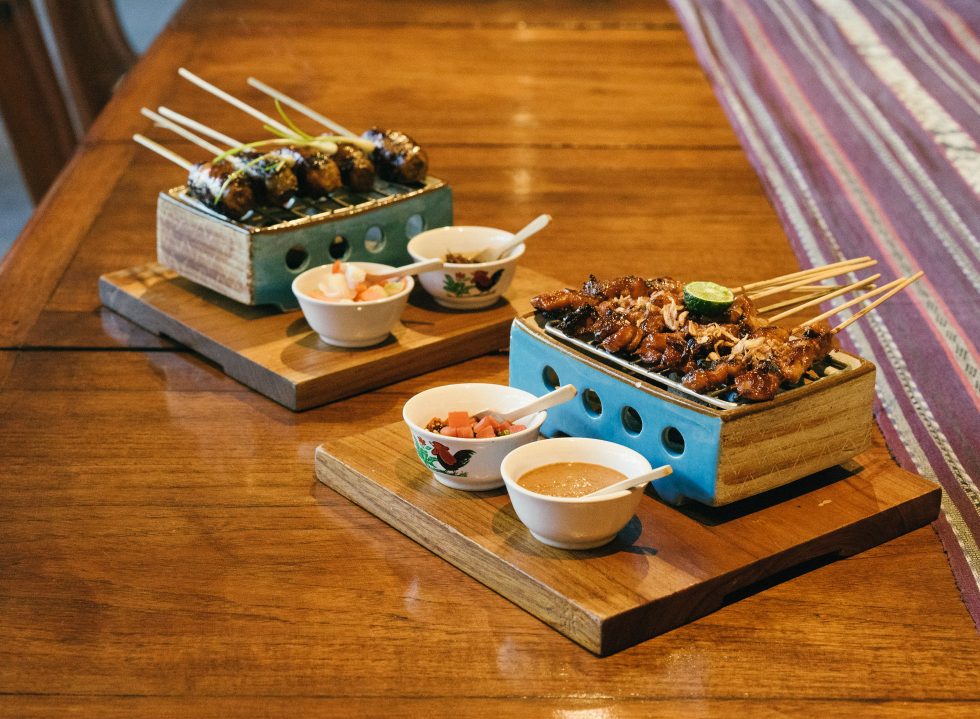 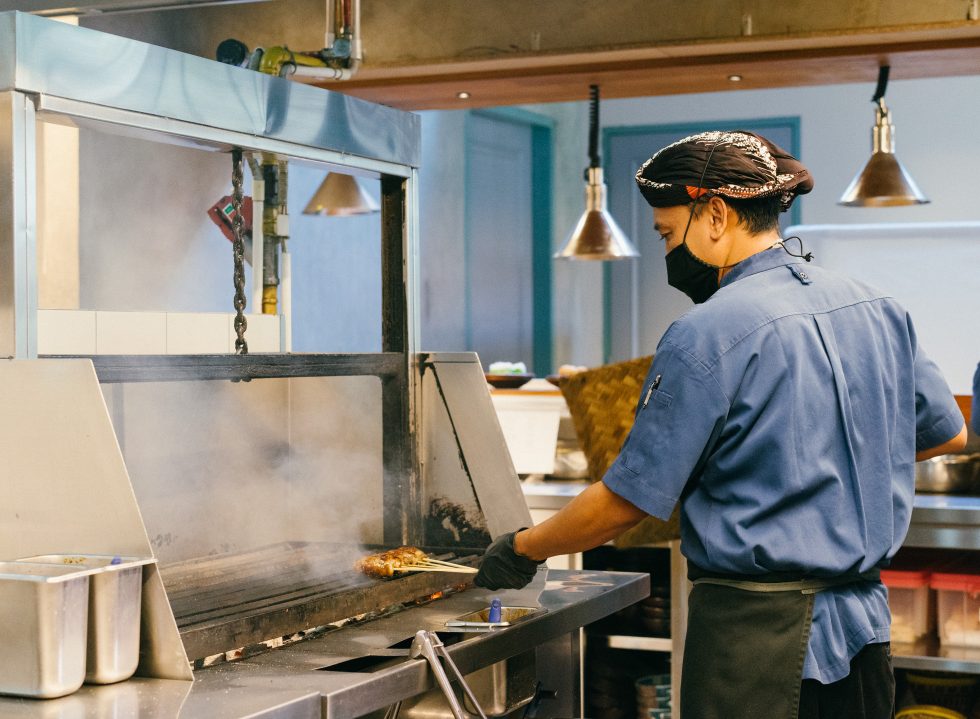 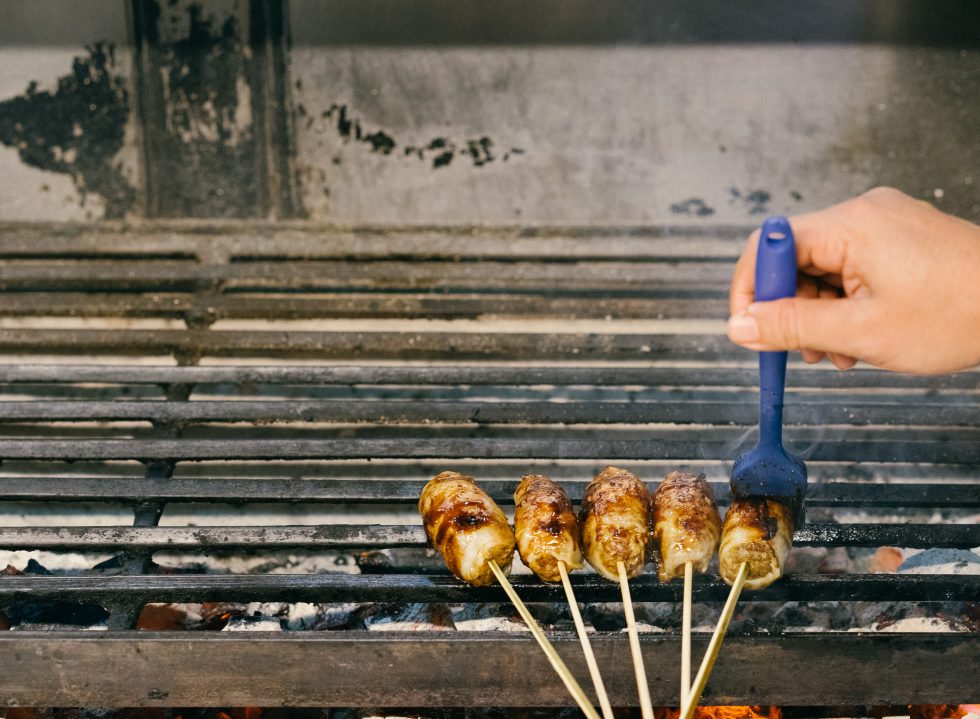 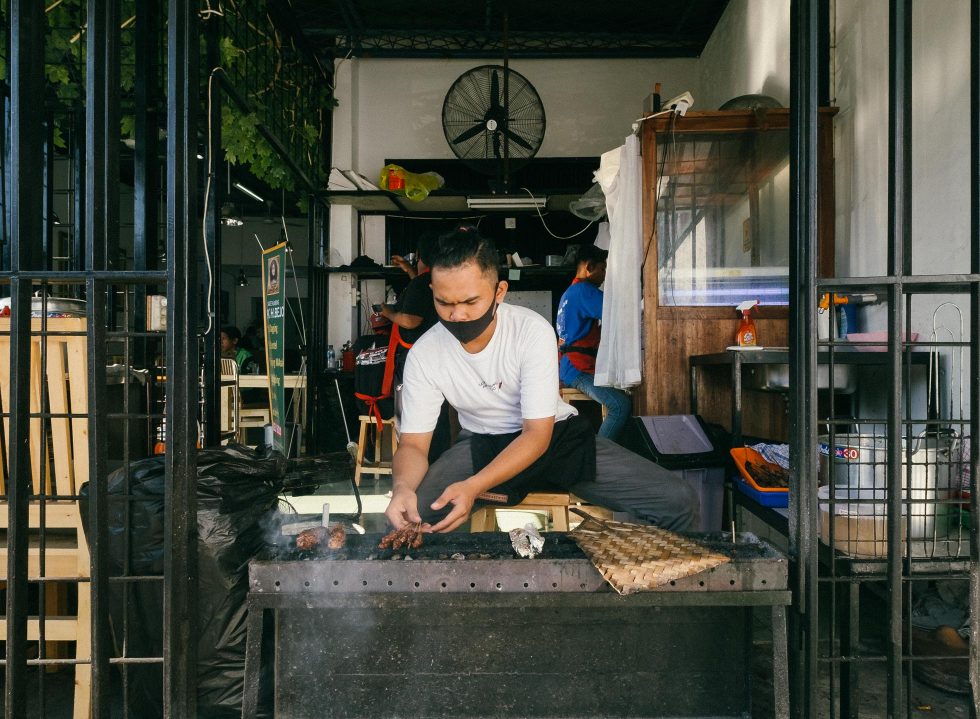 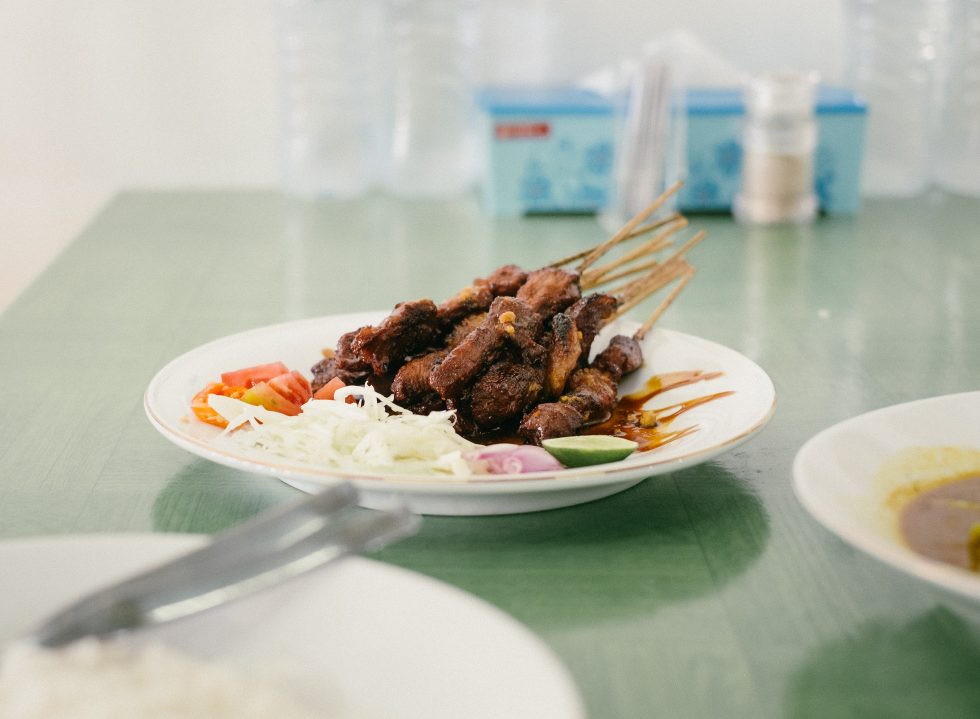 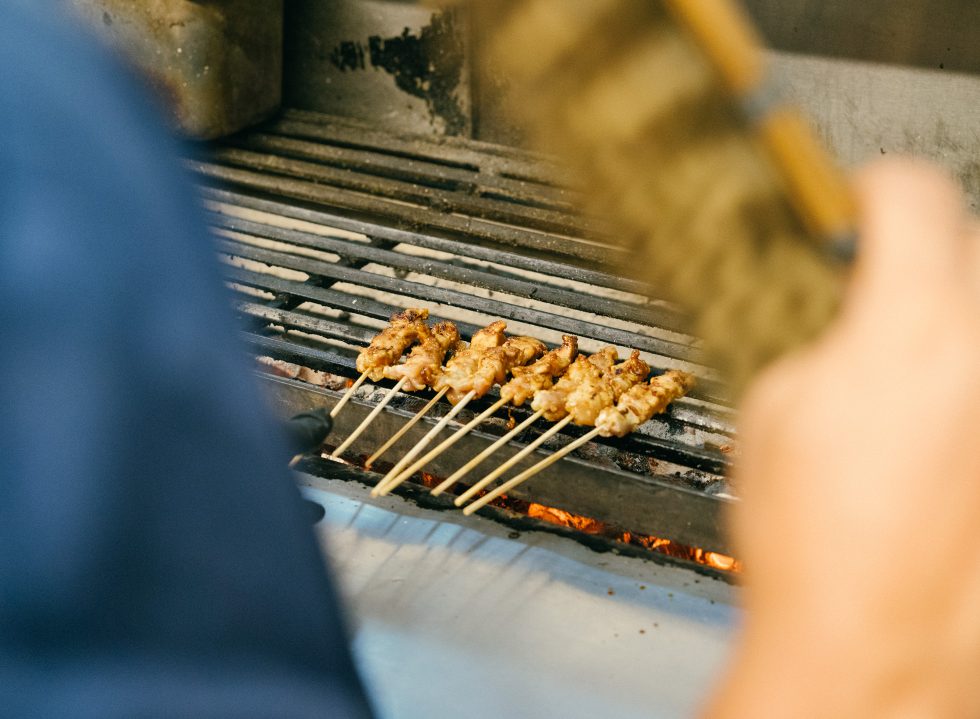 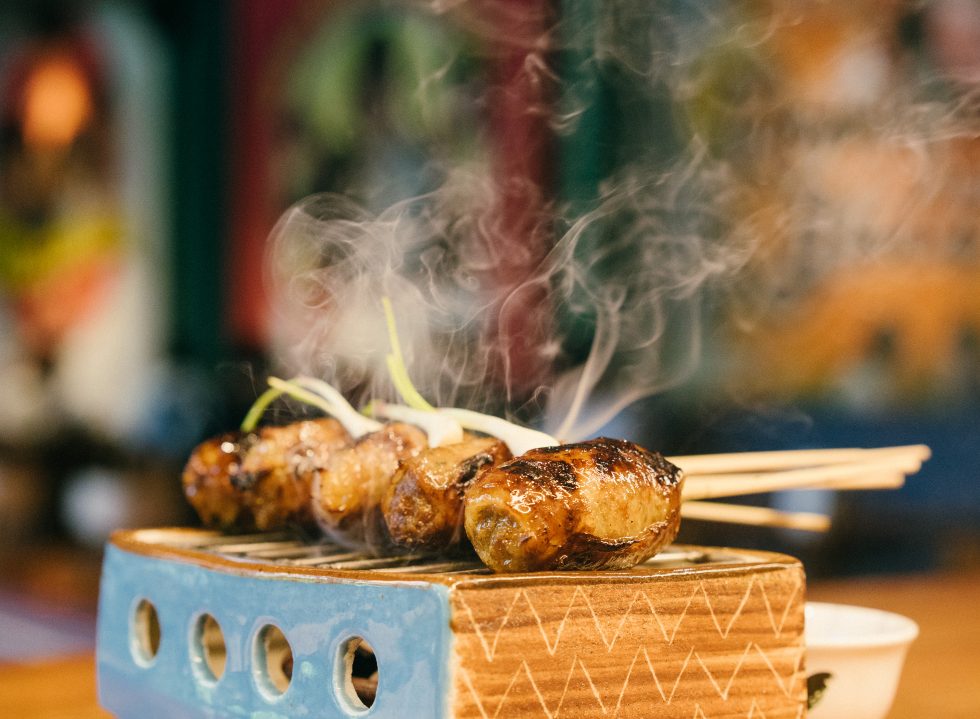 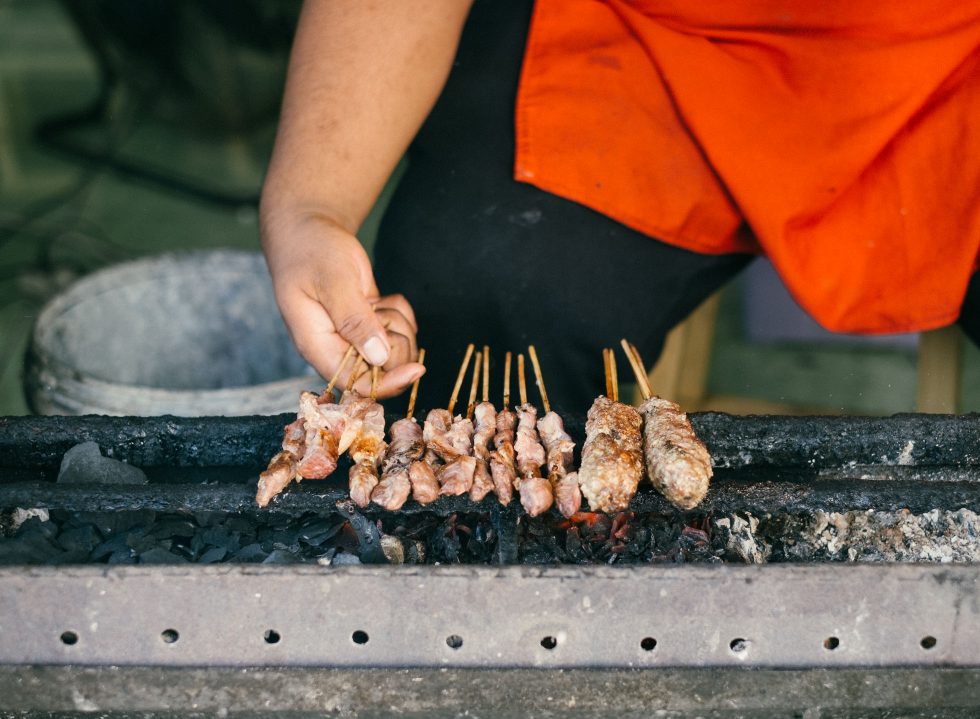 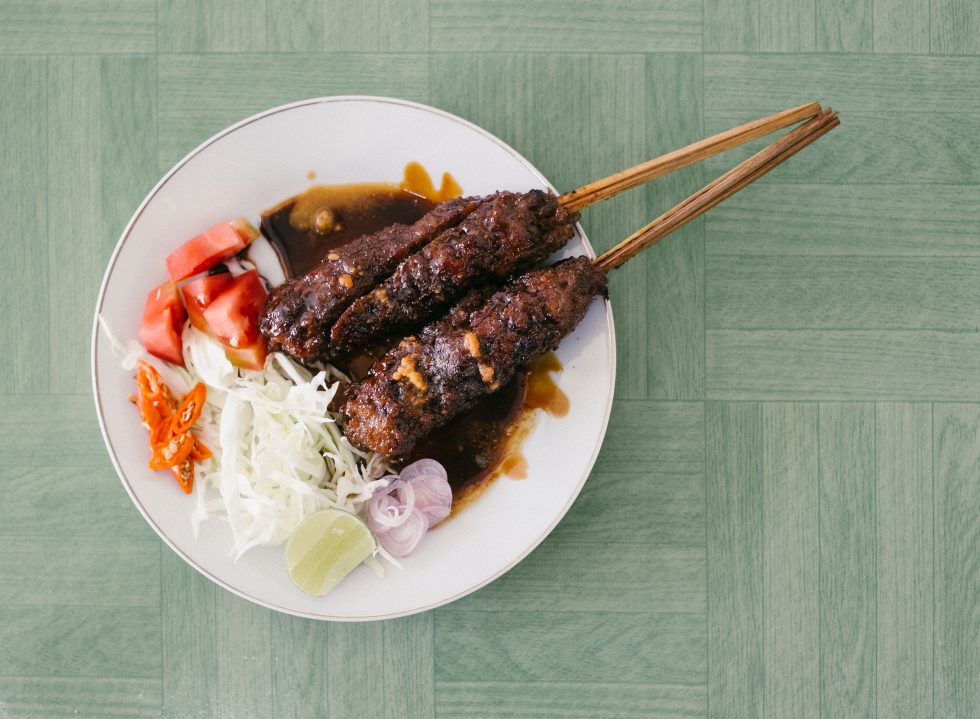 Cindy Julia Tobing
Share
A comfort staple food, satay draws many through its bold flavours and homely familiarity. From old-time eateries to upscale restaurants, we pay our attention to satay's roots and how it has carved a distinct identity as one of the nation’s identifying dishes.

“Back when he was still the mayor of Solo, Pak Jokowi would regularly drop by with his family every Saturday to eat sate. He doesn’t eat much, but he would have a bite of everything,” recounted Martono, a superintendent for Sate Kambing Pak H. Bejo, of the president’s regular visits to the satay house in Solo.

“As for previous presidents, like Pak Soeharto, he would bring everyone [who works here] – from the food down to the cooks – to Istana (presidential palace) for events like Independence Day.”

Stories like these make one wonder the appeal of satay – or sate in Indonesia – that has stretched from the most high-profile of the lot to the common folks. A known comfort staple, satay is usually acquainted with hawkers that flock in known areas like Sungai Sambas and Senayan, where rows of carts settle to offer different kinds of the skewered dish, from sate ayam (chicken), and sate kambing (goat) to its newer variations like sate taichan.

Today, satay also finds itself space within the menus of upscale Indonesian restaurants, cementing its value in today’s F&B industry. They are versatile and most importantly, always within reach. But perhaps, it’s the familiarity of the dish—deep-set in the cognition of people from all walks of life—that has made satay a timeless and unabashedly, a Nusantara cuisine.

Even with satay’s unwavering popularity throughout the years, there hasn’t been a fixed pinpoint to its origins, which makes them “an object of debate,” said Kevindra Soemantri, food and restaurant writer of the recently-released The Art of Restaurant Review.

“Some scholars suggest that satay was influenced by Indonesia’s long-time relationship with the Indian culture since the early AD, but some also suggest influences from the Arabic and Persian culture,” said Kevindra.

Satay’s similarity with kebab, a Middle Eastern delicacy, is also another indication of the dish’s early origins, as concluded by Jessica Brennan in her cookbook Encyclopedia of Chinese & Oriental Cookery. “Their satay [from Java, Indonesia] was developed from the Indian kebab brought by Muslim traders. Even India cannot claim its origin, for there it was a legacy of Middle Eastern influence.’’

Despite satay taking forms across Southeast Asia, it is Indonesia that prides on being home to 252 varieties of the skewered dish. These variations, specific to each island-territories in the archipelago, is how satay finds its distinct identity in the country. Outside the most common sate ayam and sate kambing, the diversity of satay here can be filtered through the types of spices and sauces used, down to its cooking techniques.

Travel to Bali and one will find their speciality of sate lilit, where variants of meat from chicken, fish, pork or turtle, is then mixed with grated coconut, lime juice, coconut milk and shallots, and then wrapped around a lemongrass stick to be grilled over an open flame. Or there’s the sate kerang, a delicacy in Surabaya that consists of boiled scallops marinated in lime leaves, ginger, sweet soy sauce and tamarind juice and then slightly grilled to char its edges.

A simple matter of sauce and spices can also reflect satay’s roots that make them inherently local. “When the dish is cooked the local way, using local ingredients and found its flavour profile within the tongue of local people, then that is when the dish is no longer a foreign product,”  said Kevindra. “The usage of local ingredients like sweet soy sauce for Javanese sate or Minangkabau spices for sate Padang is what makes them local.”

“Sate is one of the dishes that are close to the heart of Indonesian people because of its humility, simplicity and bold flavour. When you hear sate, you hear home. When you taste sate, you taste home,”

Within this medley of satay variations, there’s always one or two makers that stand out amongst the crowd; a case in point for Sate Kambing Pak H. Bejo who has been Solo’s iconic streetfood gem – and presidents-approved – since 1971.

Started as a peddling vendor, the late patriarch Pak Haji Bejo and his wife built the now-famed satay house into its own cornerstone within the city’s gastronomy. The couple, who went from travelling all over the city to opening their now-main branch in Jalan Sungai Sebakung in Surakarta, has been serving more than sticks of sate kambing.

Outside satay, their mainstays also include ‘hybrid’ variations of the skewered dish, like tongseng and tengkleng. “The Javanese have always consumed goat meat, and back then, there were two ways of eating it: grilled and gulai,” said Martono. “Then came the local iterations of tongseng, which is a merge between satay and gulai soup. While tengkleng is another development of the stew that involves only goat bones.”

But when it comes to satay, sate buntel—a signature dish in Central Java—climbs its way to become the crowd’s favourite. “Sate buntel is minced goat meat wrapped in animal fat and then grilled. If you ask what makes Sate Pak Bejo different, one of the things is that we use peanut sauce, instead of the usual sweet soy sauce (kecap manis).”

This particular flavour, perfected to distinguish Sate Pak Bejo from others, is finally brought to Jakarta as a collective effort by long-time friends of Pak Bejo’s wife, including Martono. After back-and-forth persuading, the move to the capital city in early August became the satay house’s first-ever branch outside Solo. Sate Kambing Pak H. Bejo now sits in Jalan Pahlawan Revolusi in East Jakarta. “We also brought in a cook that has worked with Pak Bejo for 25 years. We want the taste to be as authentic as it is in Solo.”

The end goal? To nationalise Pak Bejo’s legacy. “Our goal is to bring this local brand into the national stage. Just like Soto Ayam Suharti or Ayam Goreng Mbok Berek, we want a standalone name for sate and we want it to be Pak Bejo’s,” closed Martono. “Sate has always been the one food that everybody knows. It’s a dish that is very common and readily available; in every city to every corner of the streets. It’s a dish that matches everyone’s taste buds. As long as you can rely on flavours and quality, people will come running.”

Despite satay taking forms across Southeast Asia, it is Indonesia that prides on being home to 252 varieties of the skewered dish.

As much as satay is inducted as a comfort street food, the skewered dish can also be found preserved and continuously innovated in upper-middle-class restaurants.

Kicked off in late July, the Santap Malam dining experience takes on the omakase approach, whereby a variety of dishes are curated and presented by the restaurant’s chefs. It is also one of KAUM’s efforts to ignite the dining scene in the city while still being safe during these times.

“Sesatean or Aneka Sate is created as KAUM’s interpretation of a flavourful journey through the use of different types of satay from various regions in Indonesia,” said Harum Indra Adri Saputra, R&D Chef at Desa Potato Head Bali. “Sate was chosen to open the series because it is a national dish of Indonesia that has been acknowledged and savoured by all generations of Indonesians. Sate itself has such a fascinating background which urged us to do further exploration in ways of using the dish, to create a different dining experience for our guests.”

At Sesatean, a spread of the skewered dishes was showcased with signature flavours drawn from West Java, Central Java, Bali and Lombok: there’s the Jamur Maranggi from Purwakarta, which is an oyster mushroom seasoned with Maranggi seasonings and Cideng ketchup. Traditional spices from Lombok can also be found marinated in their wagyu beef of Sapi Rembiga. While shrimp seasoned with garlic, shallot and coconut oil make up the Bandung’s speciality of Udang Berem Bodas.

KAUM’s exploration of satay required deeper research on the dish’s origins, cooking methods used and interpretations of satay from different parts of the world. But delving on the subject was not something new for the restaurant, since they also incorporated dishes like Sate Buntel Acar Rucak, and Sate Ayam Bumbu Kacang in their main menu’s selections, further emphasizing the restaurant’s philosophy of introducing cuisines, ingredients and cultures that reflect Indonesia’s heritage.

“We want KAUM to be a vessel that ignites public interests in Indonesia’s culinary stories. Thus, it is essential for us to have and serve dishes that encompass distinct Indonesian flavour and taste,” said Chef Indra. “We believe that sate is seen as a strong representative for traditional Indonesian cuisines that is versatile enough to maintain and develop as an inseparable option on KAUM’s menu selection.”

A taste to come back to

With satay, there’s no momentum or gimmick – it’s simply a dish that is always there. Satay’s backstory, a result of intermingling cultures, is as humbling as the dish itself and its wide-ranging consumption also serves as a nod to its value as the comfort food that people keep running back to.

While satay may have been popularised by other means, such as being one of former US President Barack Obama’s favourite dishes or listed as CNN’s 50 World’s Best Food in 2017,  the value of the skewered dish has long been imprinted in the daily lives of Indonesians. Today, satay has found its way to be fully celebrated and embraced, with events like KAUM’s Sesatean, which by popular demand, held another round of the series in late August.

“Sate is one of the dishes that are close to the heart of Indonesian people because of its humility, simplicity and bold flavour. When you hear sate, you hear home. When you taste sate, you taste home,” closed Kevindra. “The dish shares the same comfort level with bakso (meatballs) or nasi goreng (fried rice). I believe this is what makes sate an all-around dish.” 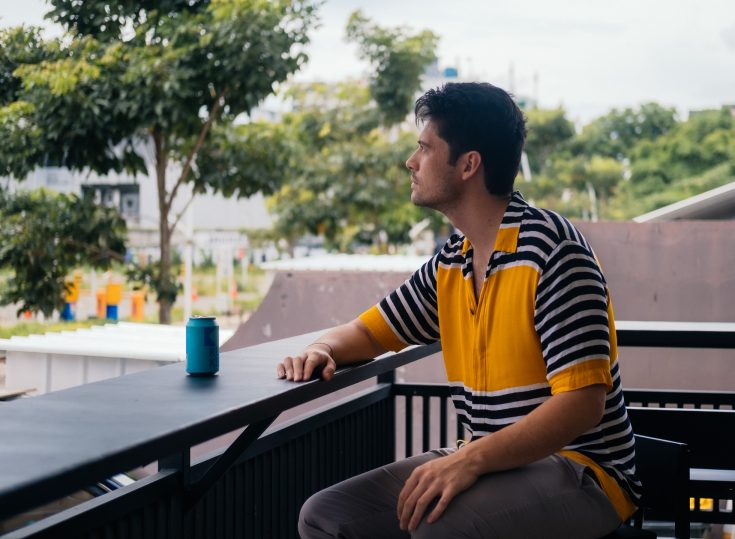 The Island Disposition of Putu Wiranatha

Bali’s Kura Kura Beer makes its fun presence known, thanks to founder Putu Wiranatha who looks to the island he grew up in for inspiration. The young entrepreneur talks about his acquired taste for the cold one, his trust in the local craft and his bold vision to change Bali’s beer scene and beyond. 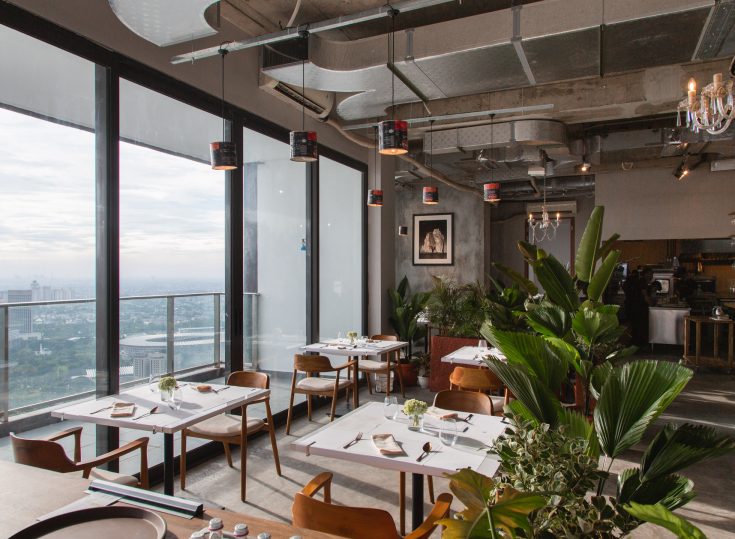 Fancy but Familiar with Oma Elly On 56 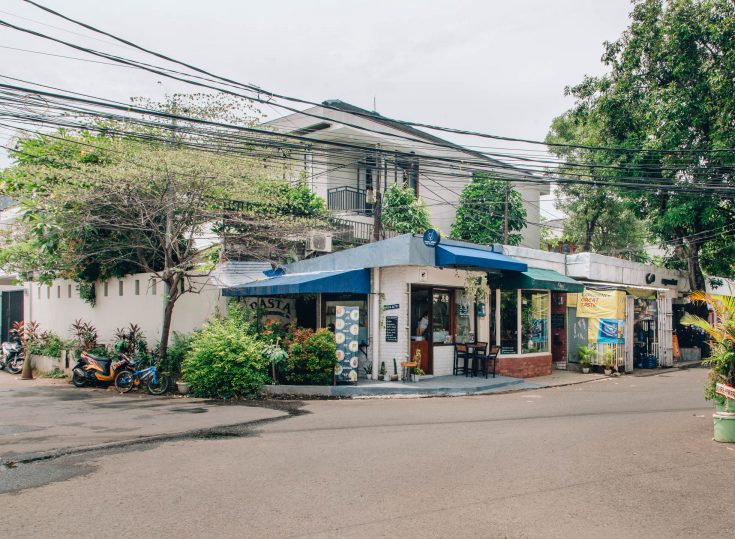 A Plate of Pasta, Bitte!

Concealed amidst the hubbub of Kemang is Pasta Bitte, a petite eatery that spellbinds patrons with a carefree atmosphere suggestive of Italian trattorias and authentic homemade offerings for a hearty Italian meal. 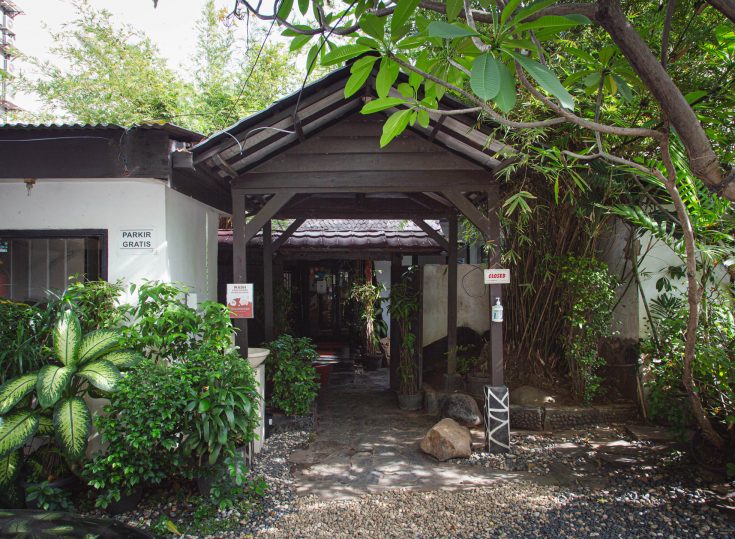 More than half a century since its establishment, the historic Kikugawa continues to serve its classic Japanese dishes, indulging patrons with the rare delight of familiar tastes done right. 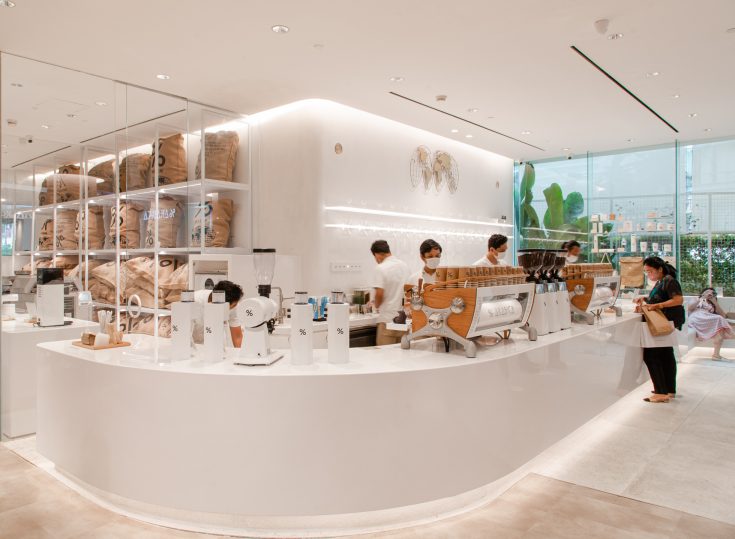 Settling in the heart of the city, % Arabica’s newest home at Plaza Indonesia offers a quick escape from the urban bustle with an intimate outdoor set-up, while sticking to the no-nonsense caffeine treats it's known for. 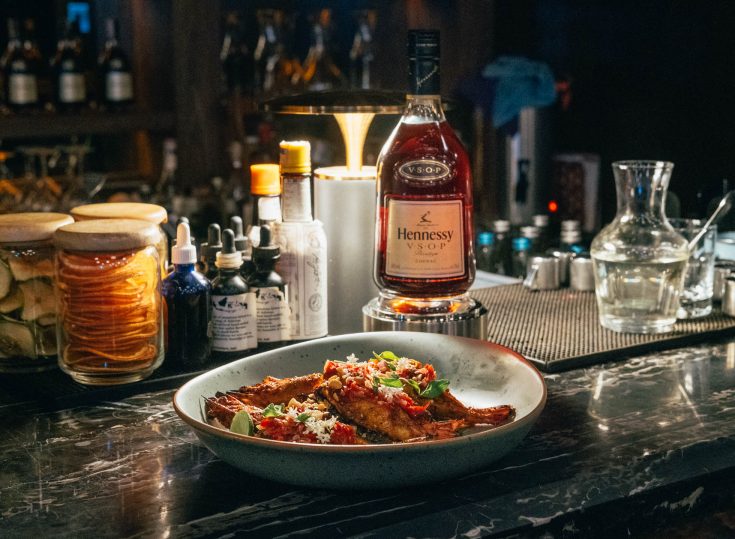 An Intro to Cognac with Hennessy Meal Pairings

Calling for cognac renaissance among modern metropolitans, Hennessy and Chef Renatta Moeloek teamed up with GIOI Senopati to present a curated line-up of cognac pairing menus of Asian comfort delights.