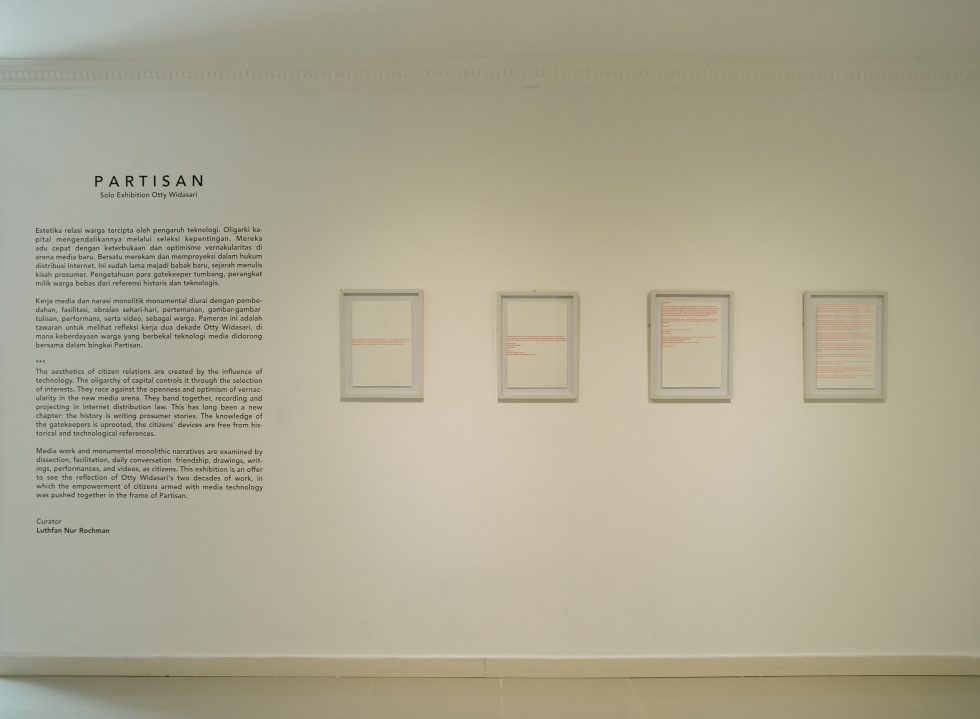 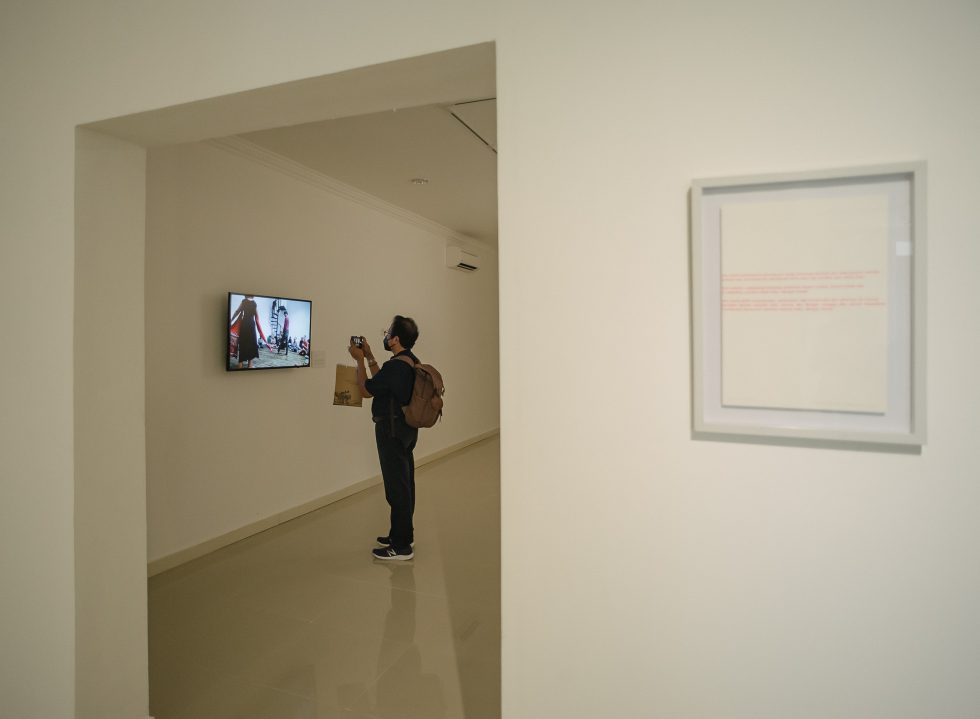 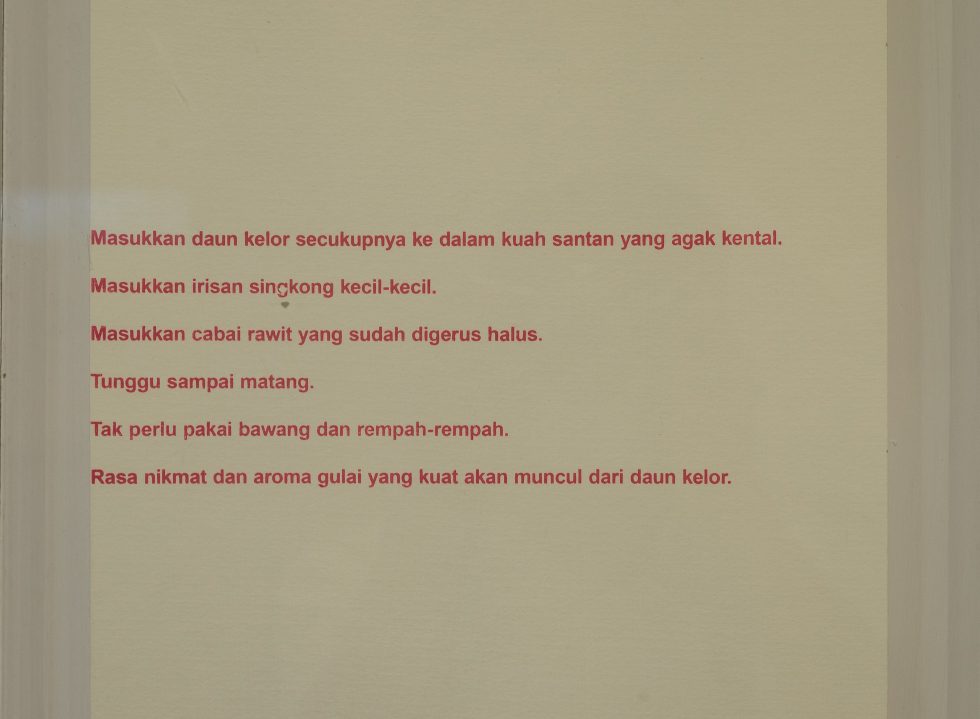 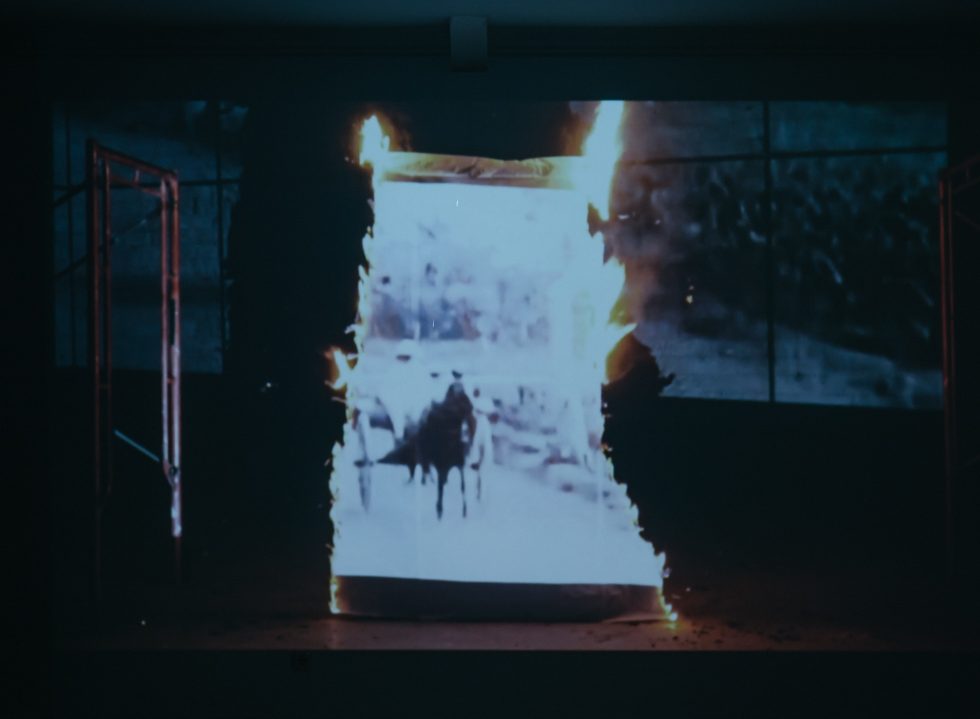 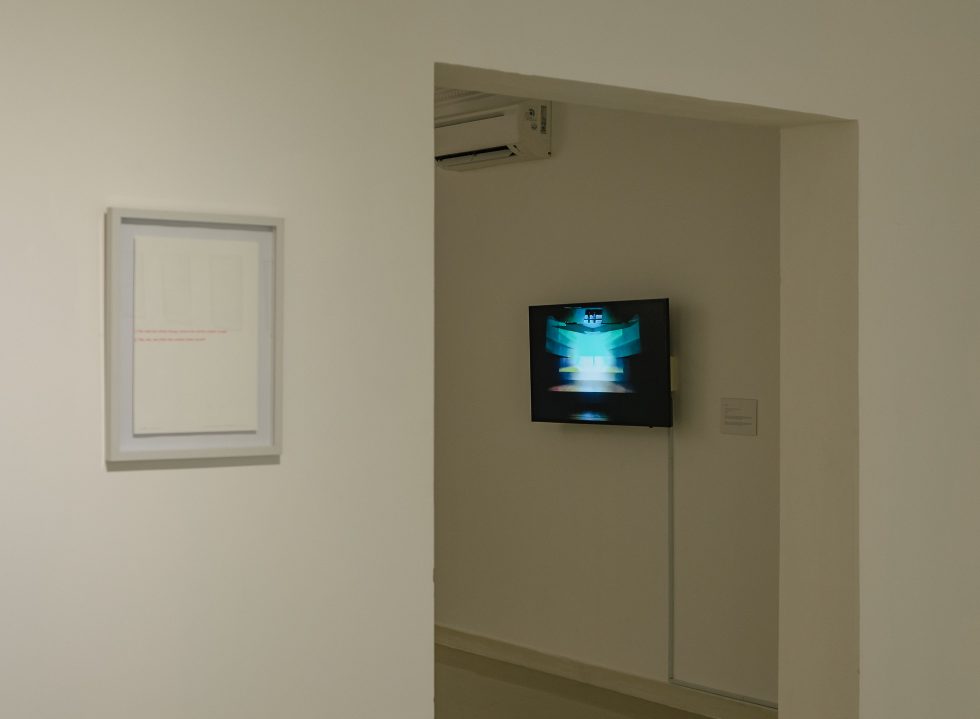 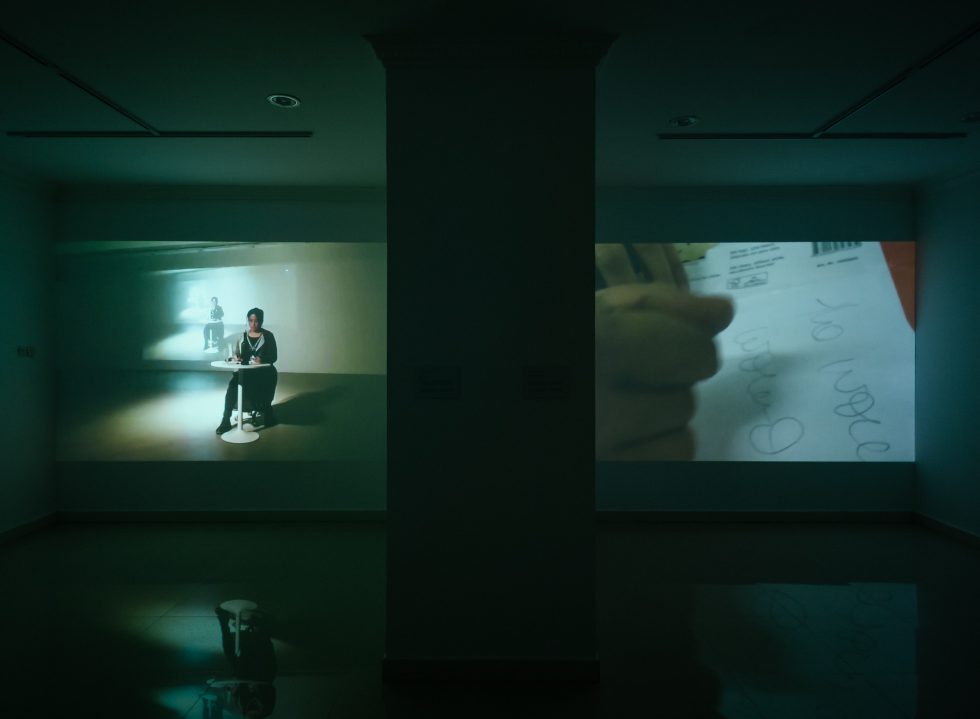 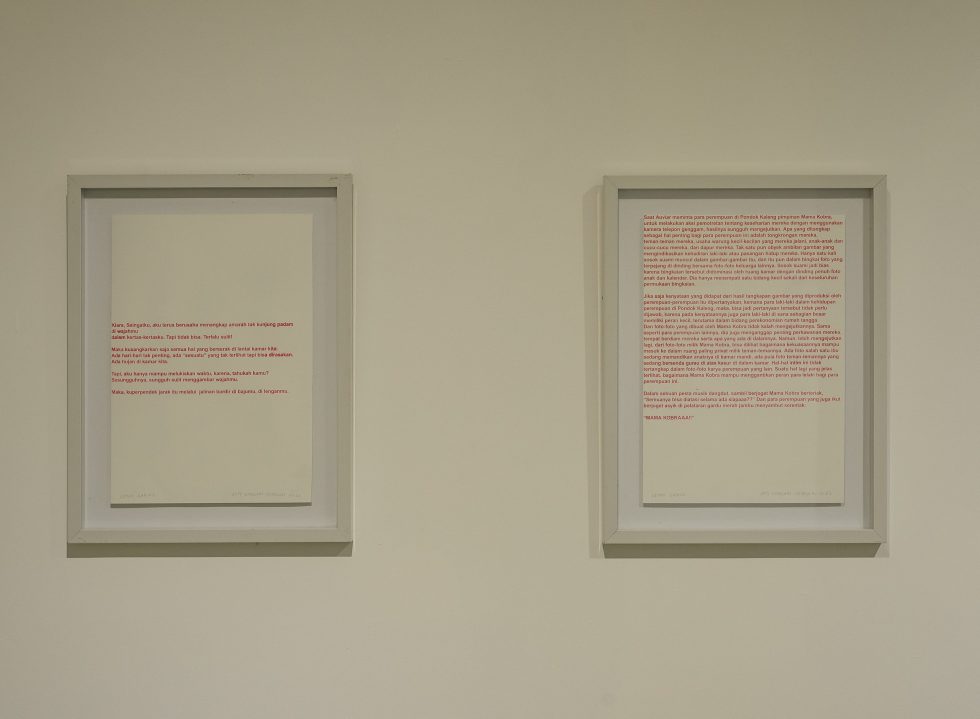 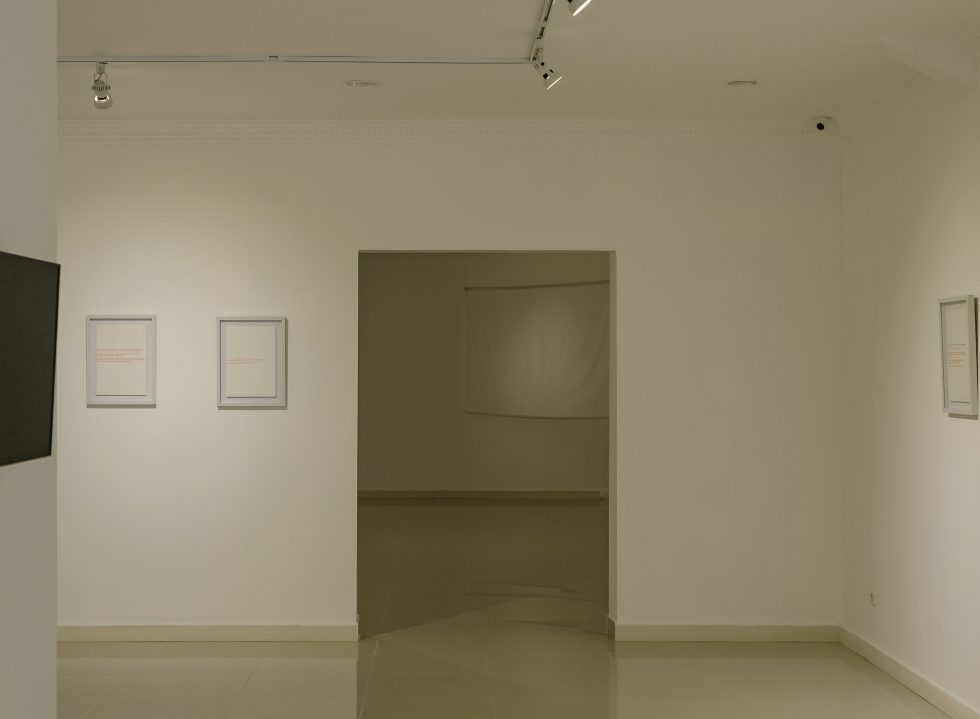 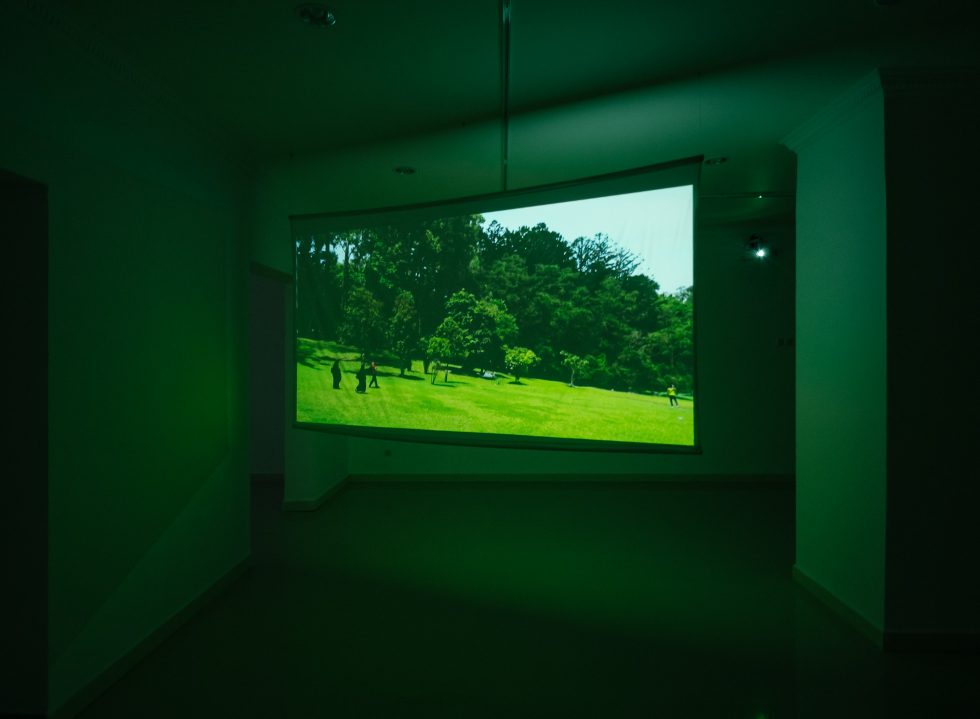 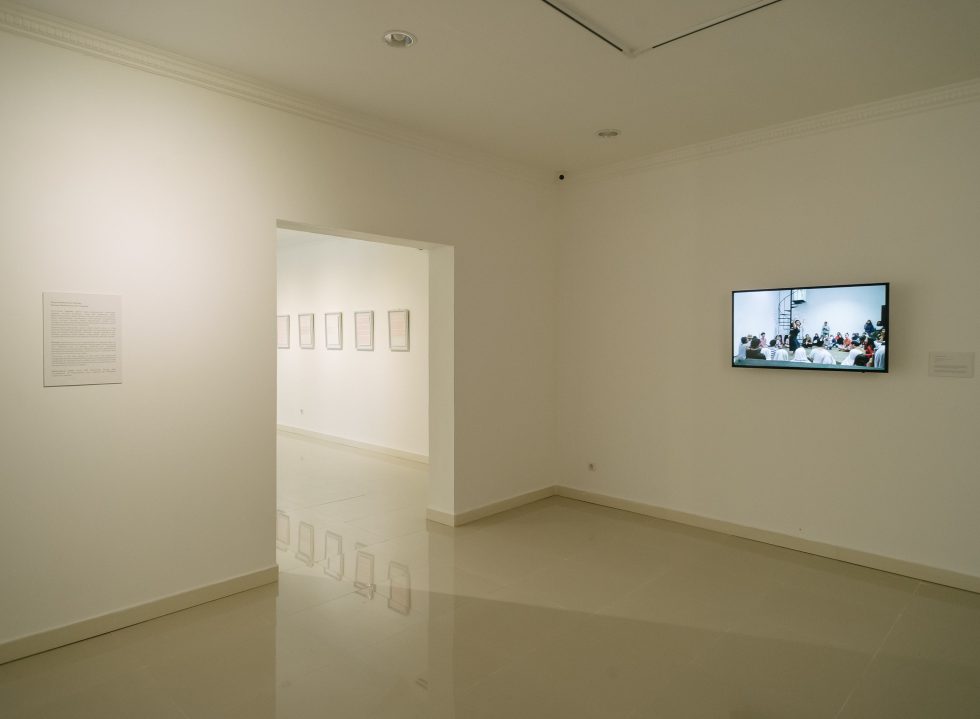 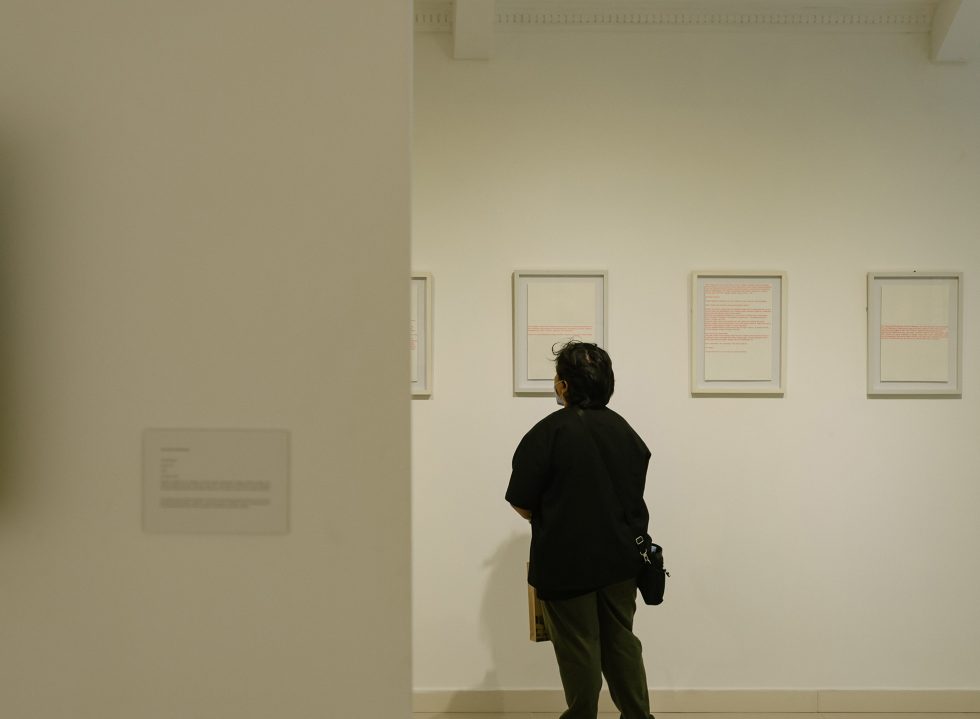 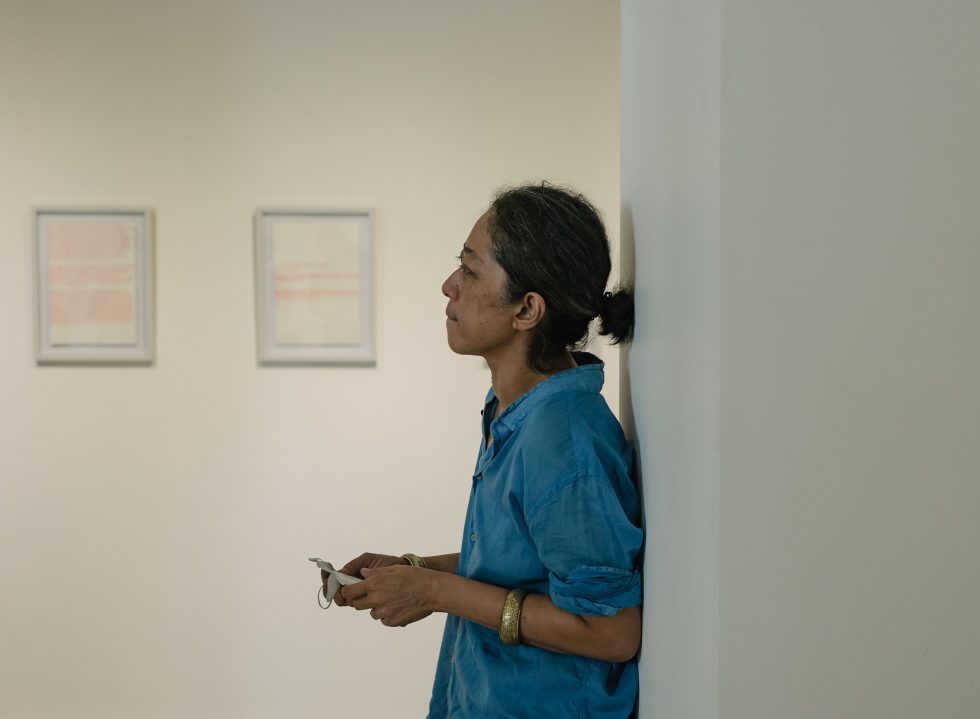 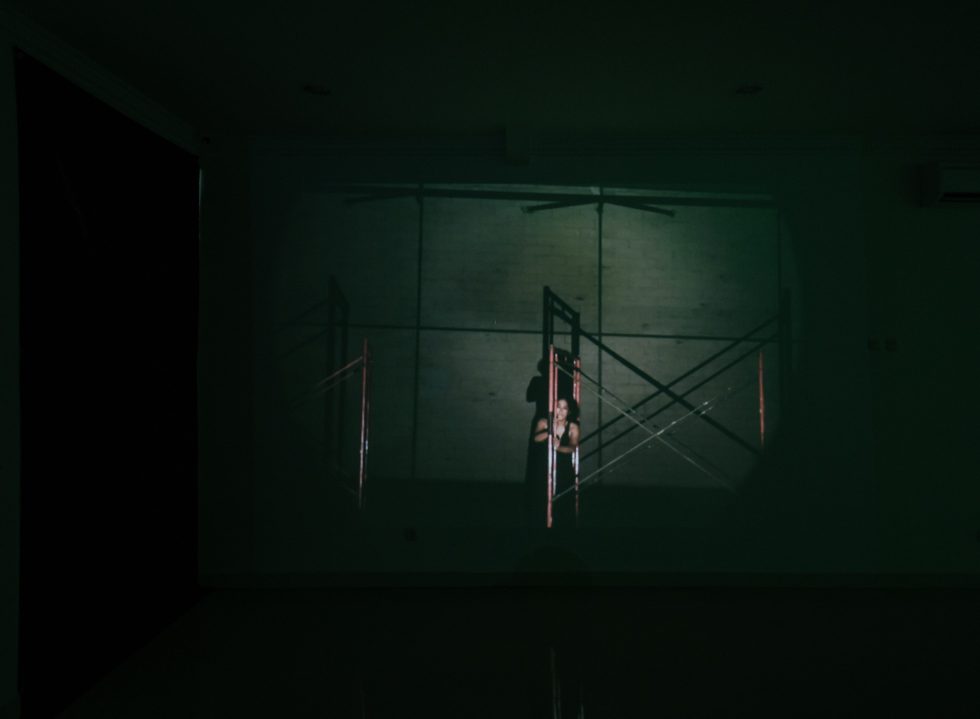 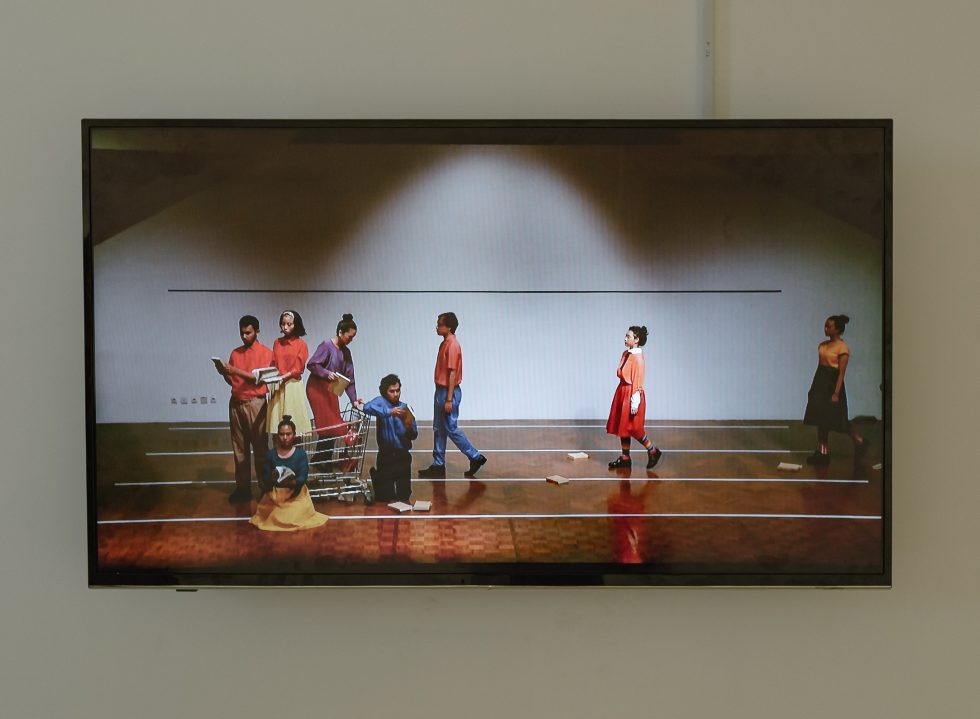 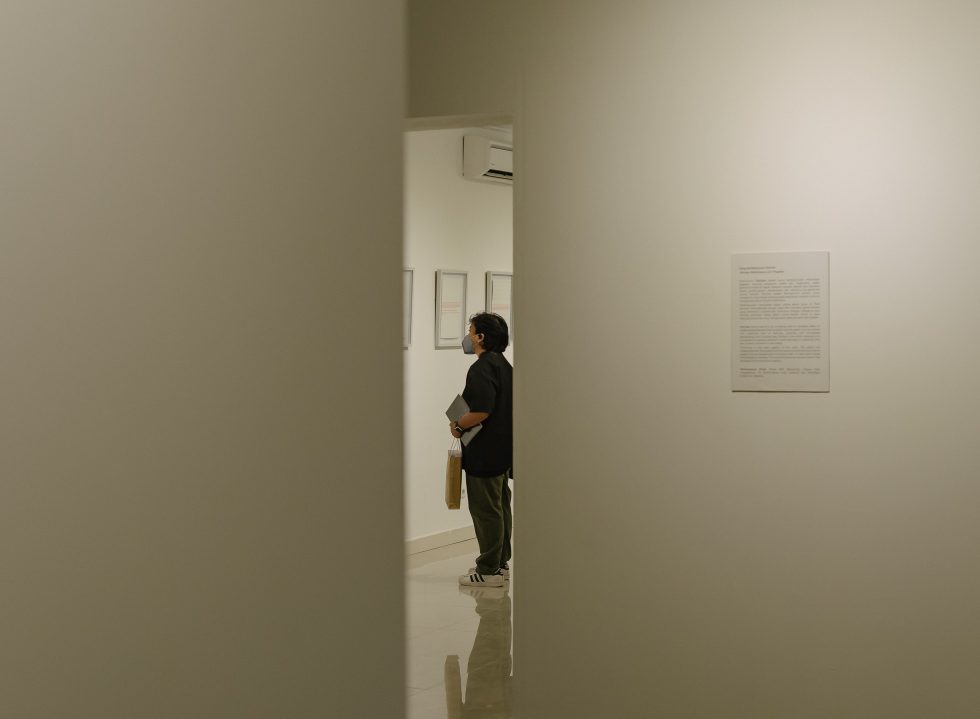 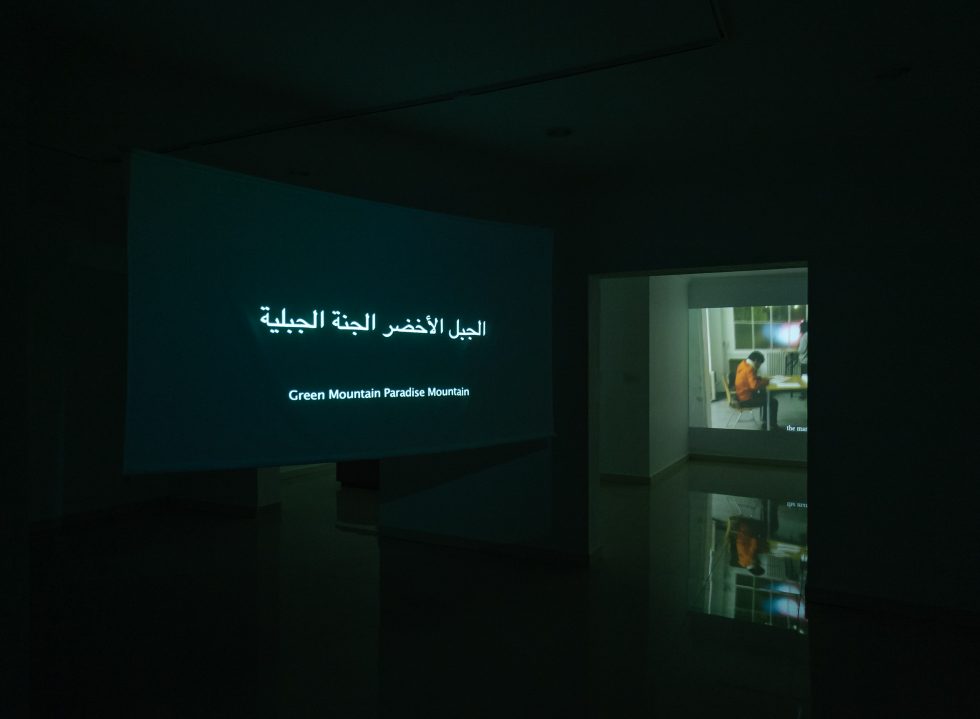 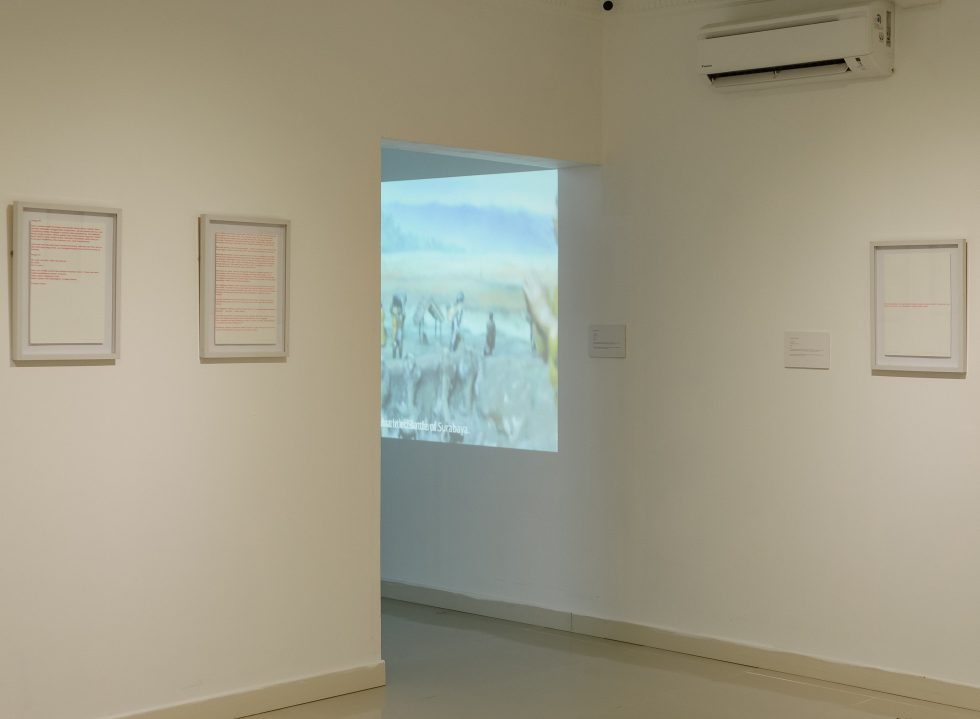 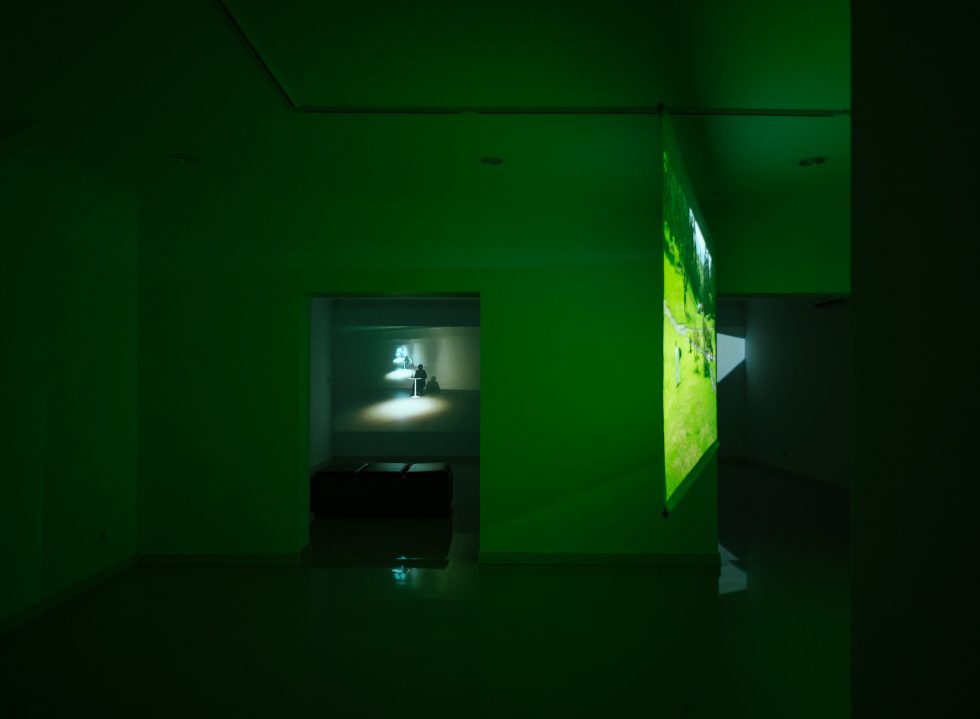 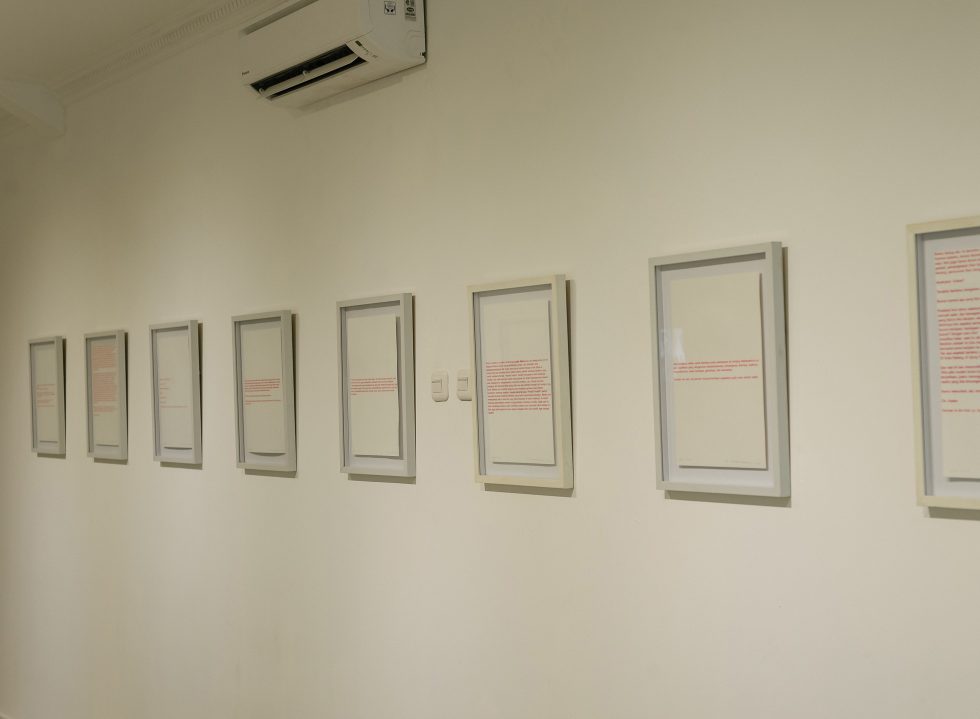 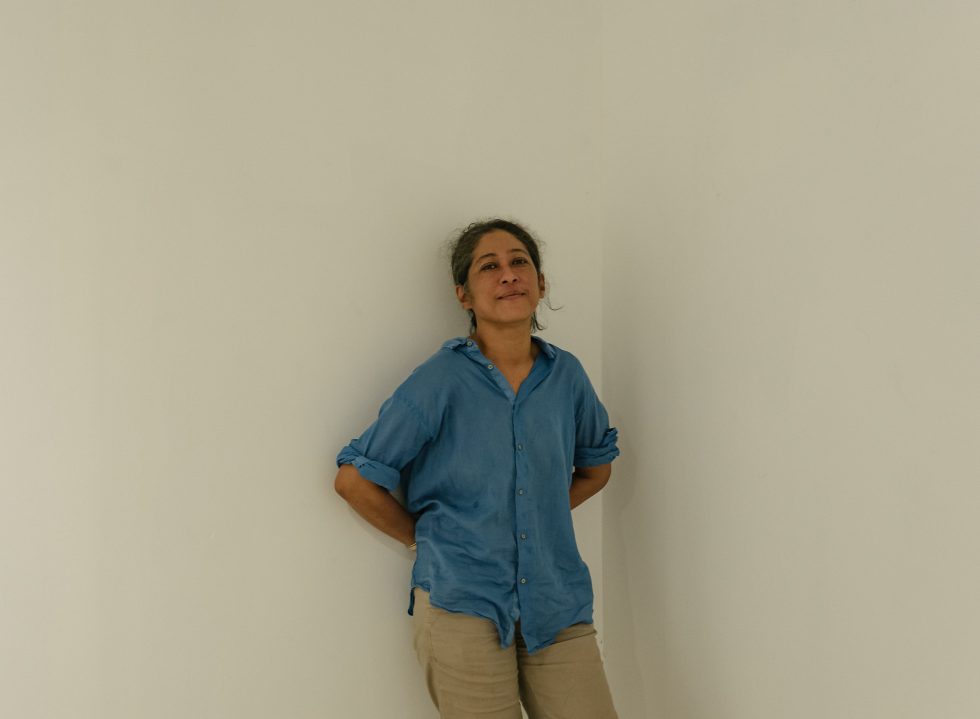 Share
Concluding a trilogy of solo exhibitions that began in 2015, ‘Partisan’ by Otty Widasari at Galeri Nasional is a reflection on the public’s agency over the media and its potential amidst the changing technological landscape, expressed in a series of printed texts, recordings and performance arts.

‘Partisan’ at Galeri Nasional concludes artist Otty Widasari‘s trilogy of solo exhibitions, which began with ‘Ones Who Looked at the Presence’ (2015) at Ark Galerie in Yogyakarta, continued by ‘Ones Who are Being Controlled’ (2018) at Dia.Lo.Gue in Kemang. The retrospective is a conceptual culmination of two decades worth of Otty’s work, as curated by filmmaker Luthfan Nur Rochman.

The saying goes that art does not exist in a vacuum. So, to gain a broader understanding of Otty’s works is to first understand the context of her artistic focus, which is rooted in criticism towards the practices of media oligarchy and its control over the mainstream narrative. She counters it by uplifting the agency of the general public, the ‘partisans’.

The exhibition is divided into two: the dark room and the light room. Here, silence is far from being golden. An amalgamation of sound greets visitors upon arrival: from crowded whispers to stomping feet and the flipping of pages. Even the writings displayed in the beginning section of the light room can be described as being, metaphorically, loud.

The latter is called Teks Massa (2022), which translates to texts of the masses. Going beyond her main practice of drawing and painting, the Balikpapan-born artist captures her personal musings and observations from 2004 to present-time in printed short-form writings. They surround the room from all sides, depicting struggles, relationships and inner protests—revealingly personal and, at the same time, relatable.

This section then leads into a room where, for the first week of the exhibition, Otty gives space for other artists to showcase their own work through live performances. One example is the display by Dini Adanurani from 69 Performance Club, where she wrote continuously for hours on end to test the method of automatism (acting without consciousness nor intent). These performances are recorded then broadcast in the background of the next day’s performance, creating a continuous chain of on-progress art.

Meanwhile, by the entrance of the dark room is Otty’s work from 2016, FIKSI (fiction). It displays projected images of the dioramas at Monumen Nasional (the national monument), which have shaped and continue to form the country’s understanding of history. Overlaying these images are recorded whispers of people’s responses to the display, acting as a contesting narrative to the one already presented by the dioramas.

Beyond FIKSI is a collection of Otty’s works that draw connections between other countries and her own, exhibited within the dark room. All presented in the form of projected recordings, each one dissects the use of media technologies and the dialogue of control and framing within the platform.

As a whole, the exhibition prompts a pondering about the role of media in our lives, especially as technological advancements make way for people to swap roles from a consumer to a producer in the fast-growing media landscape. The audience may walk out from this exhibition thinking what kind of ‘partisan’ they want to be, but how they decide to interpret this observation is, ultimately, to each their own.

‘Partisan’ will run from 9 March to 8 April 2022 at Galeri Nasional. For more details and booking information, click here.