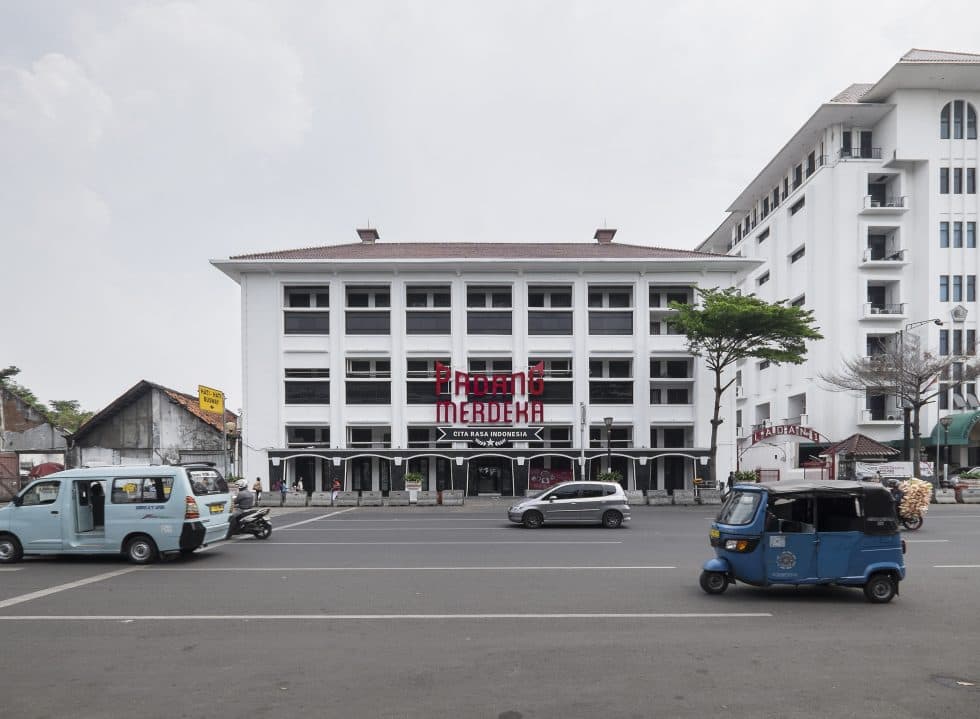 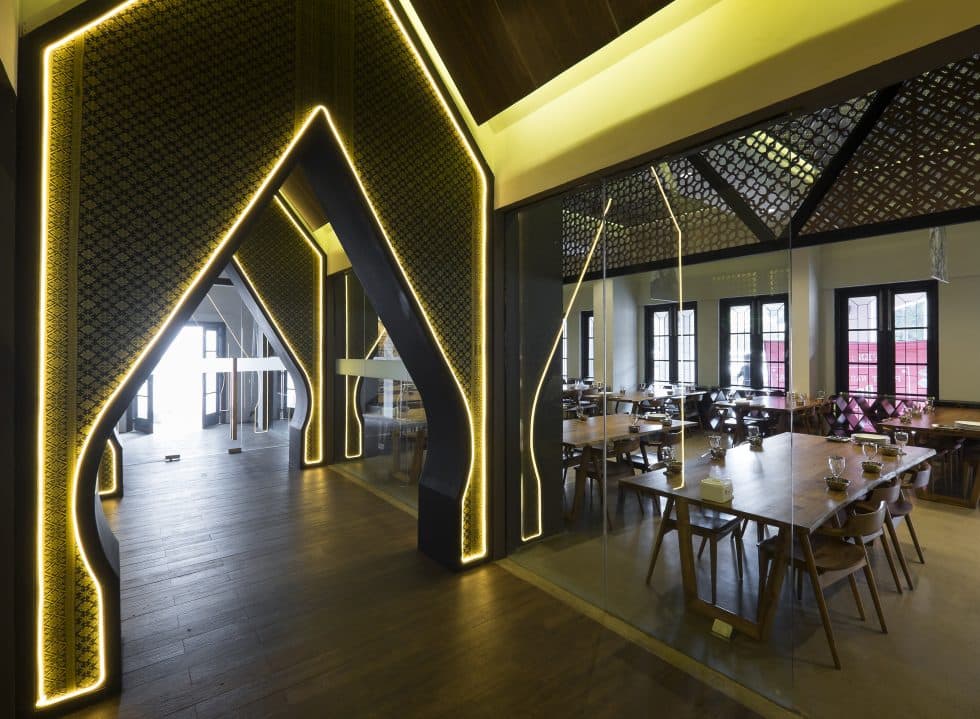 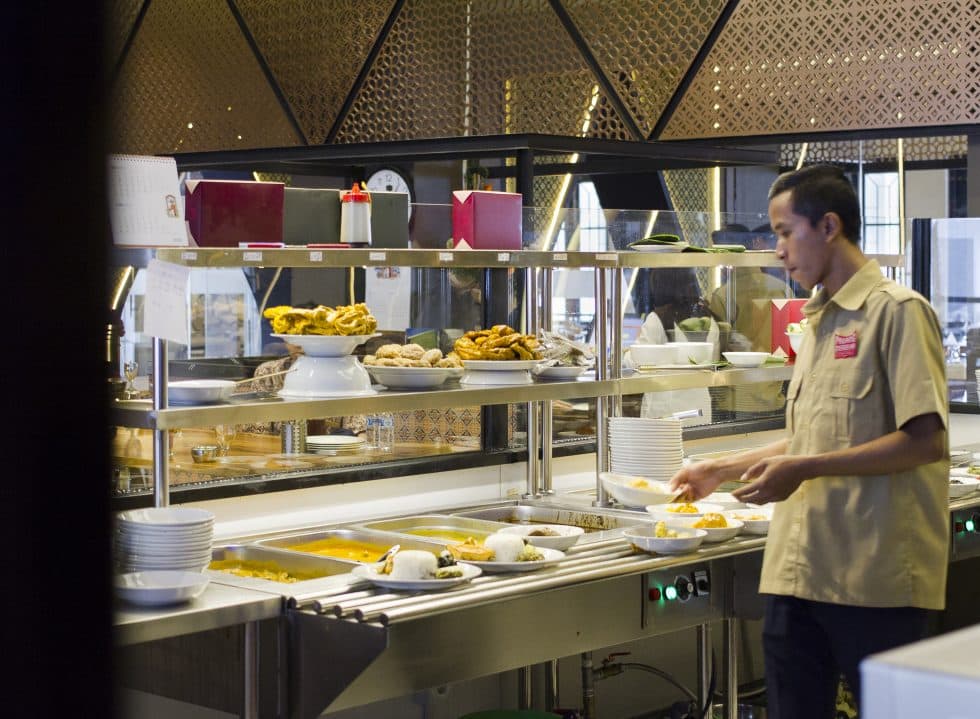 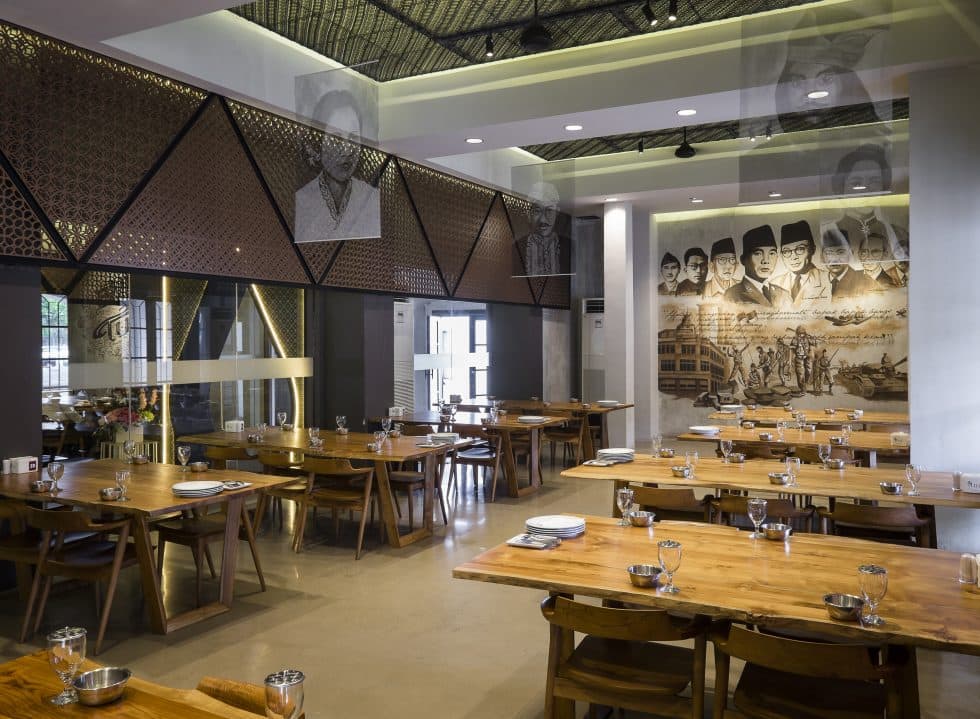 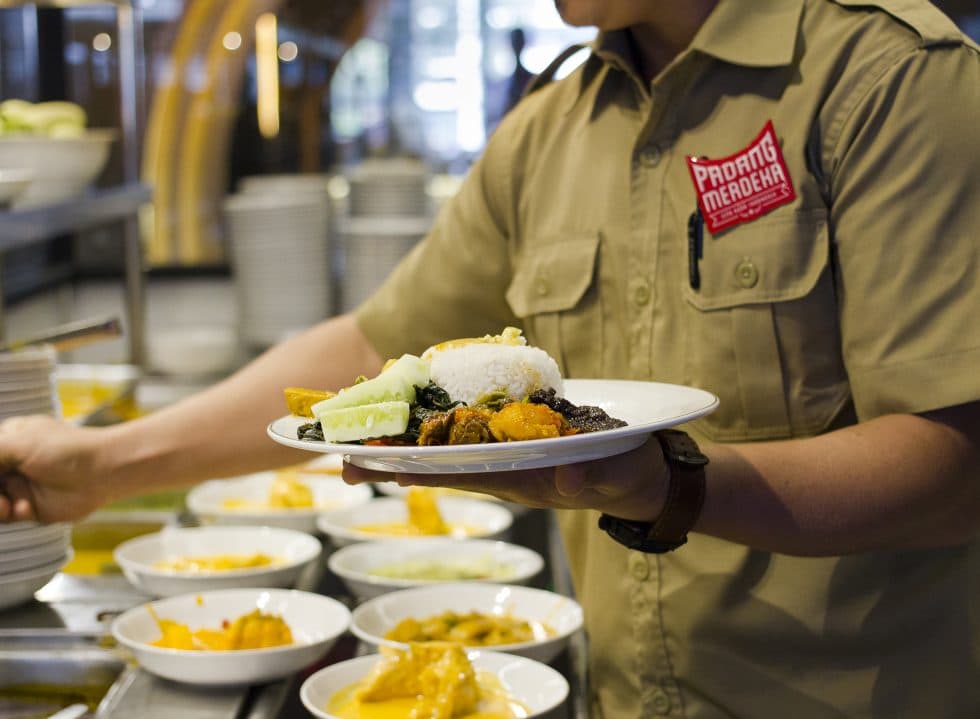 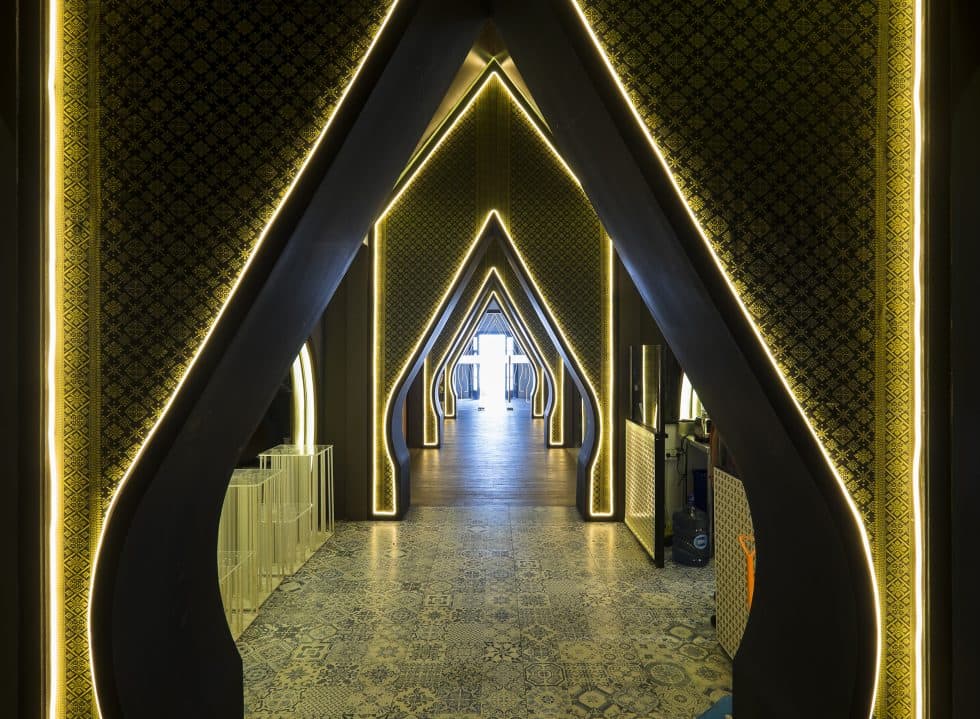 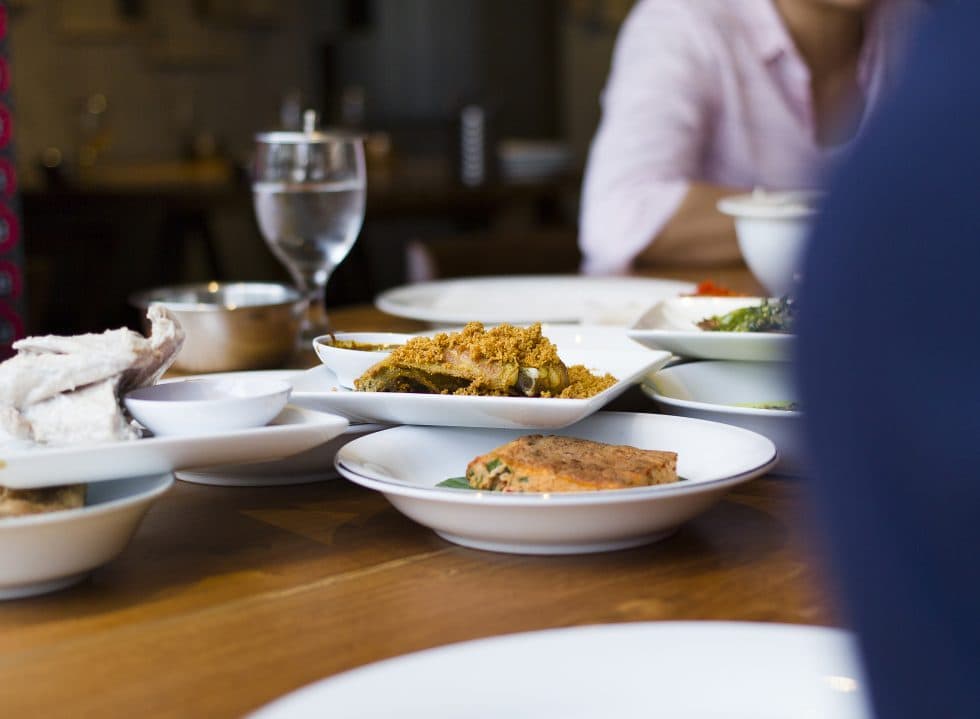 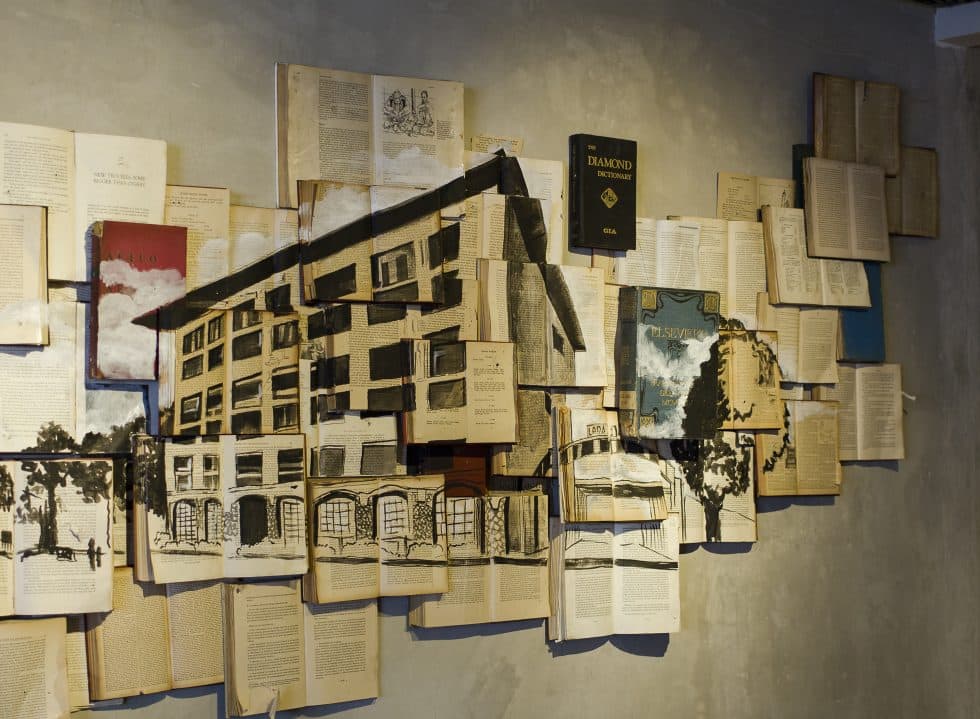 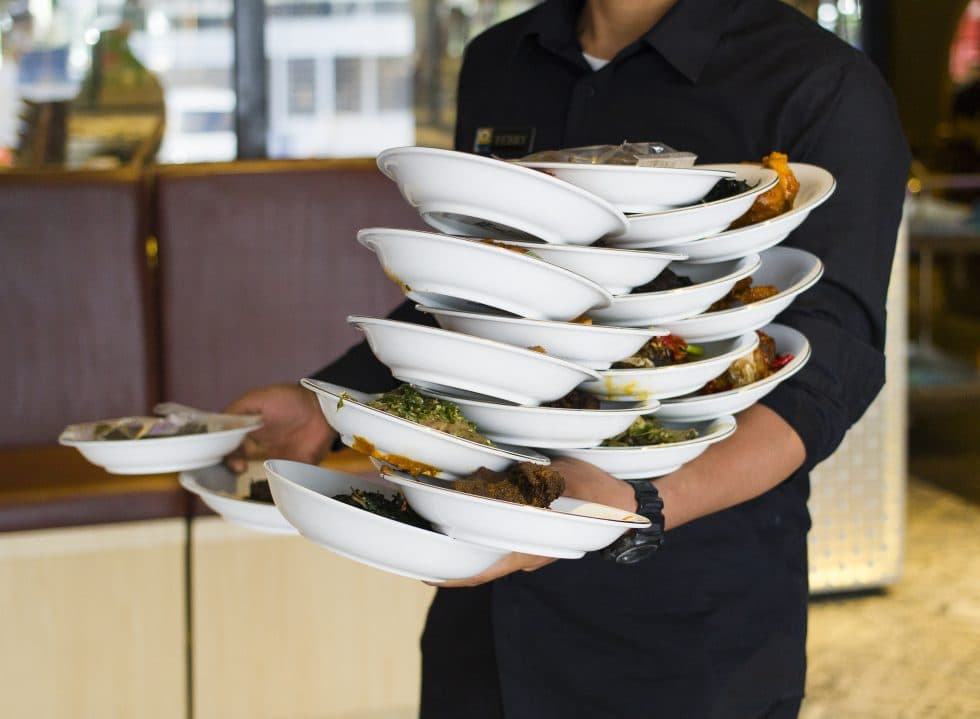 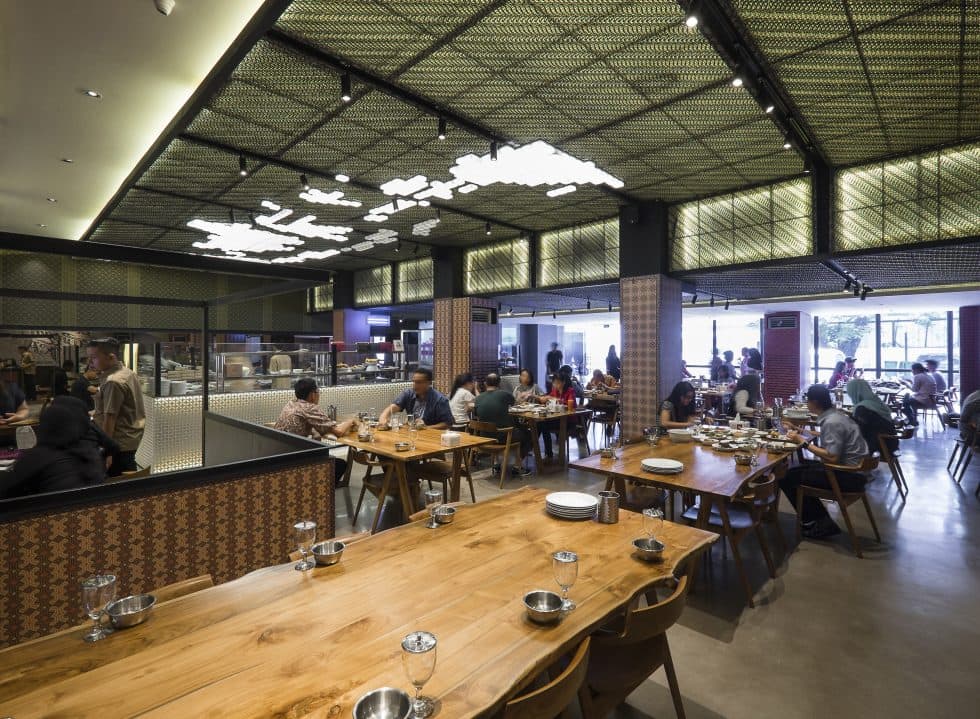 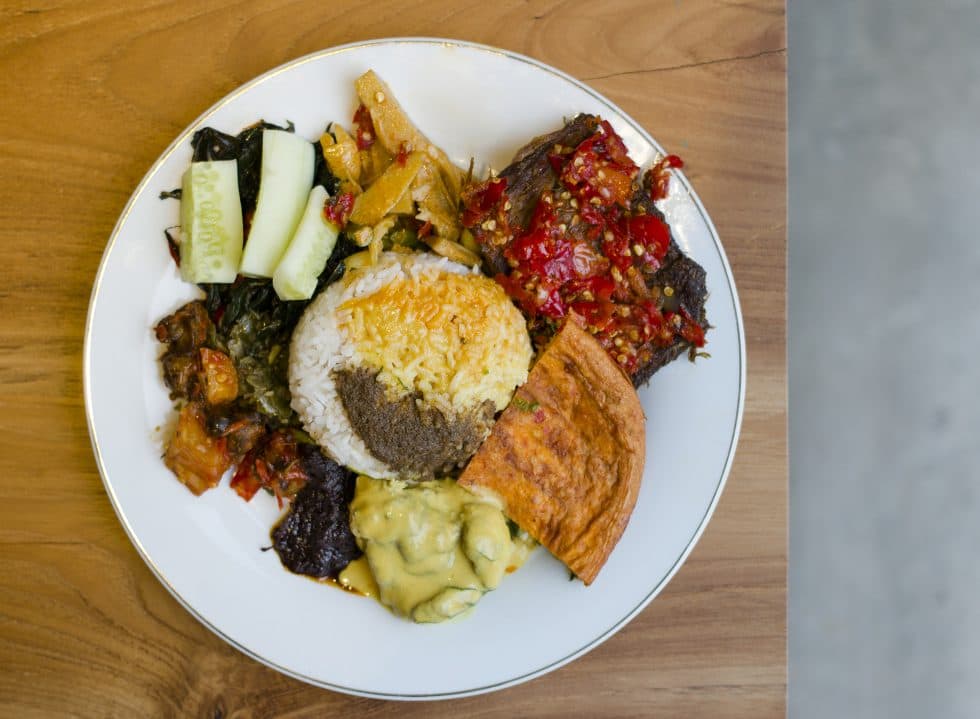 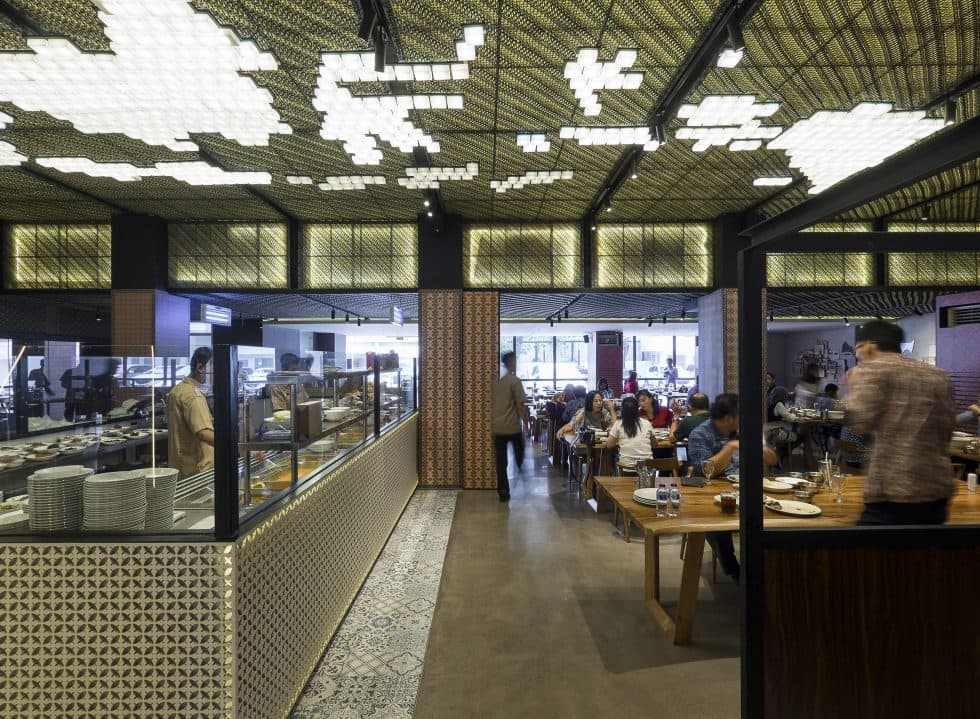 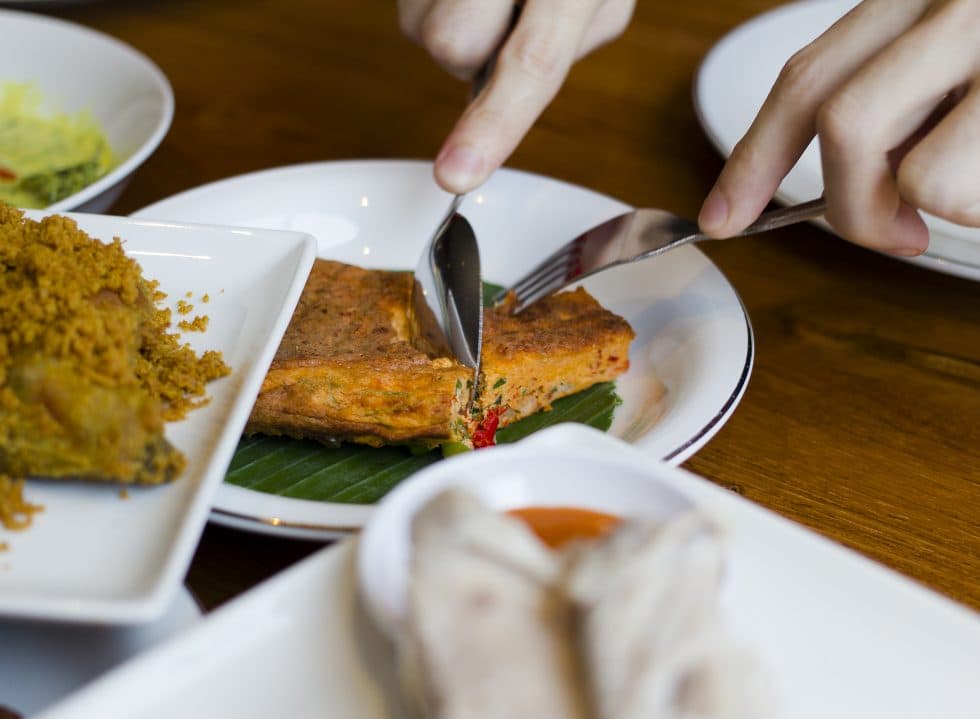 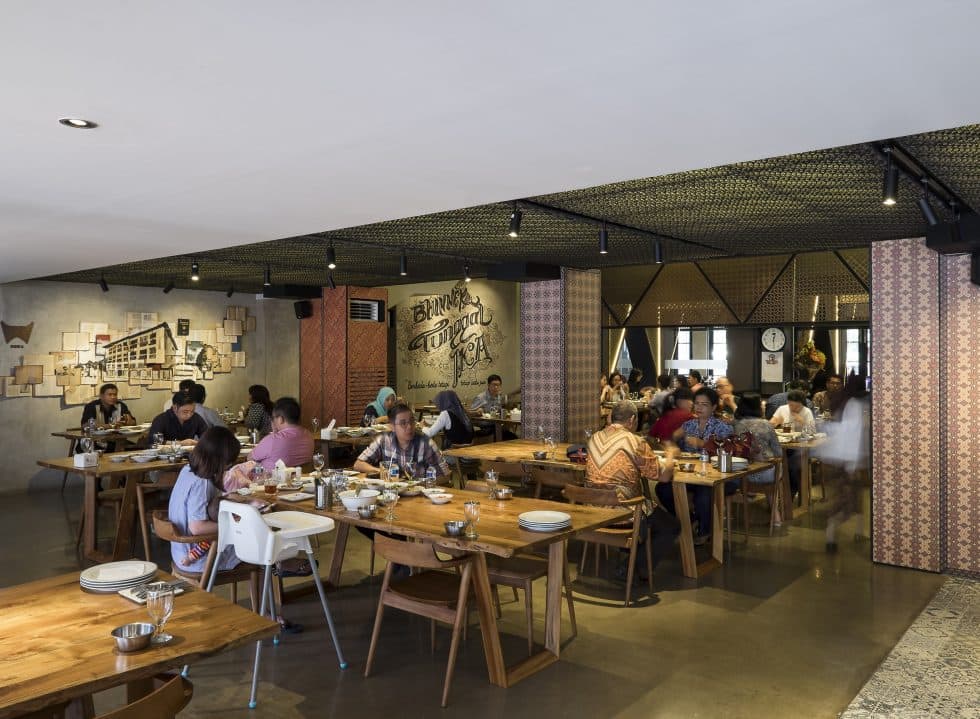 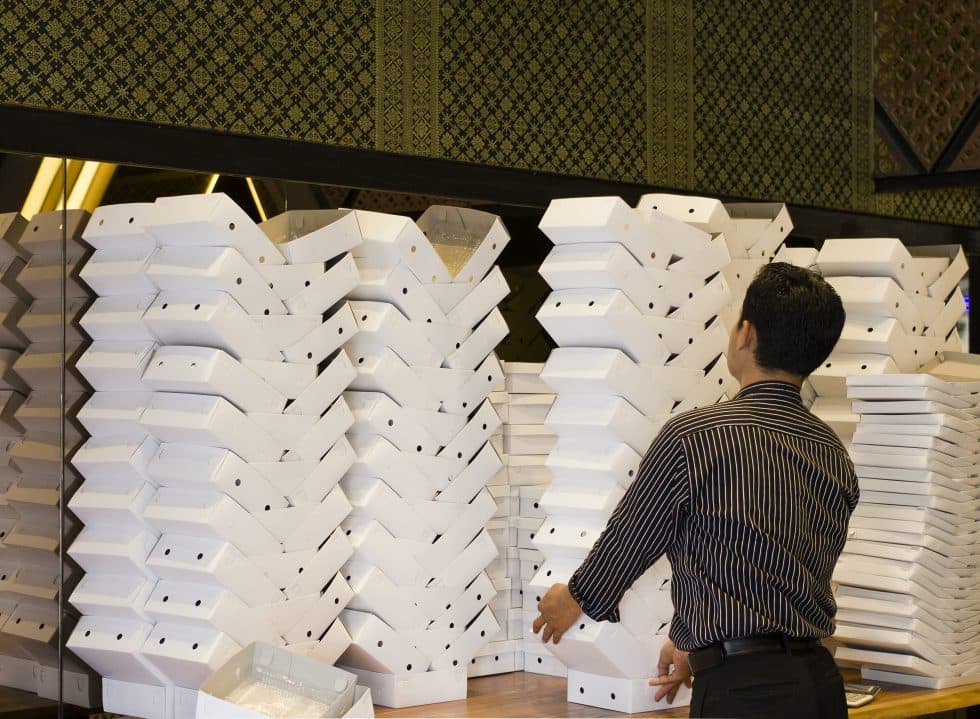 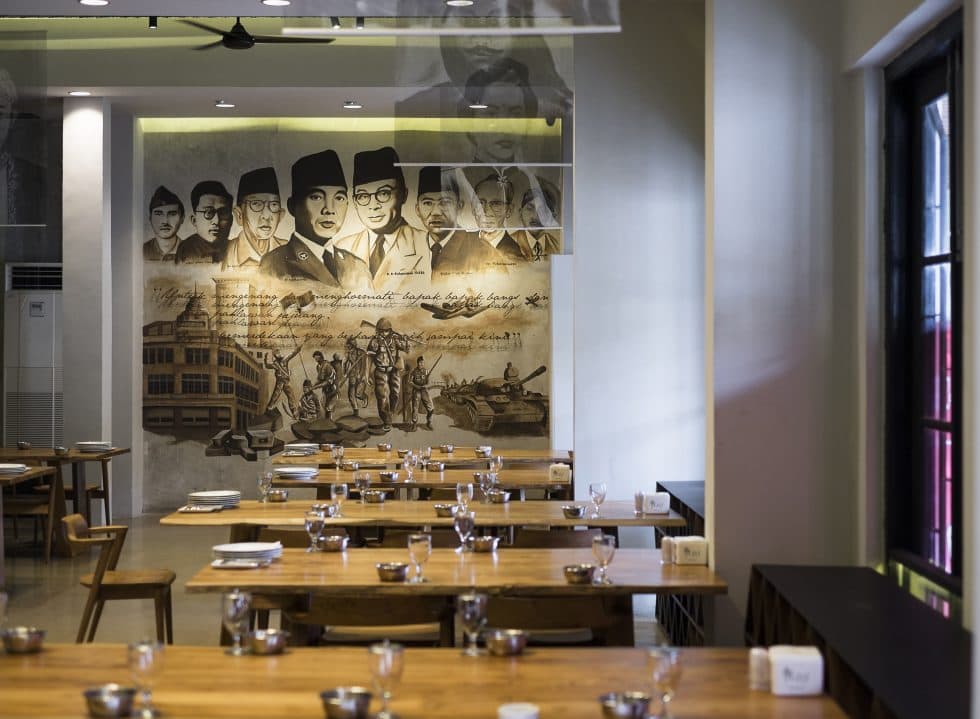 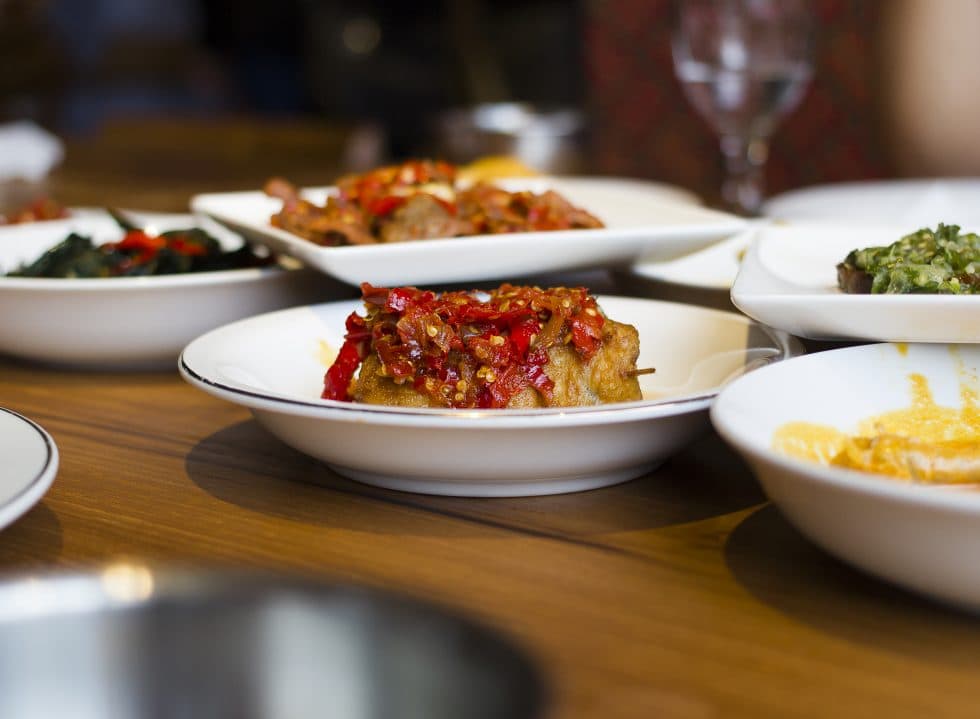 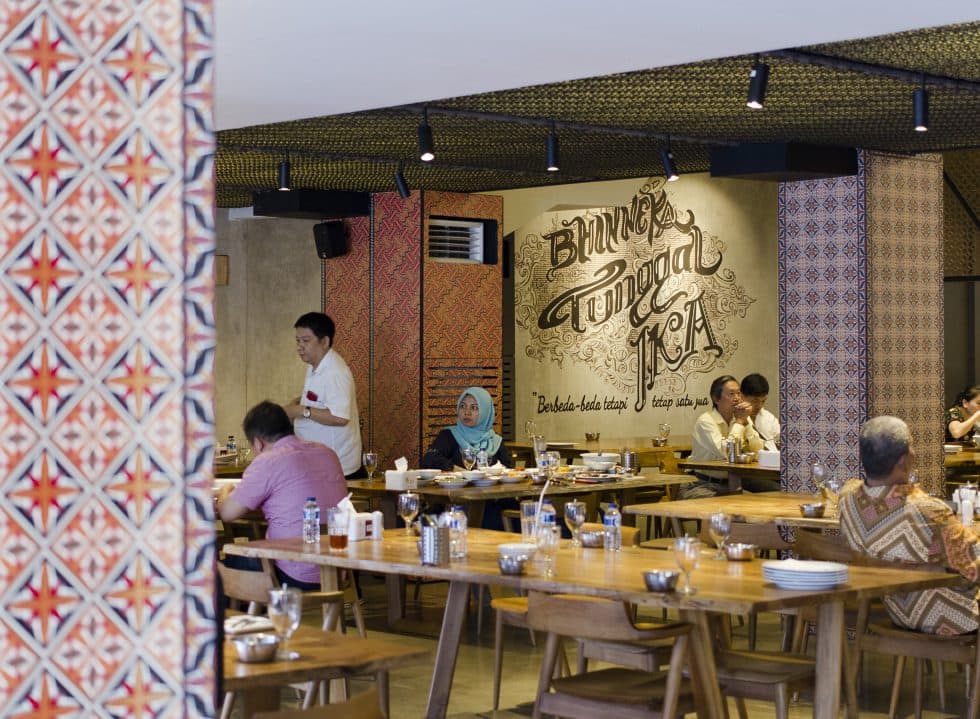 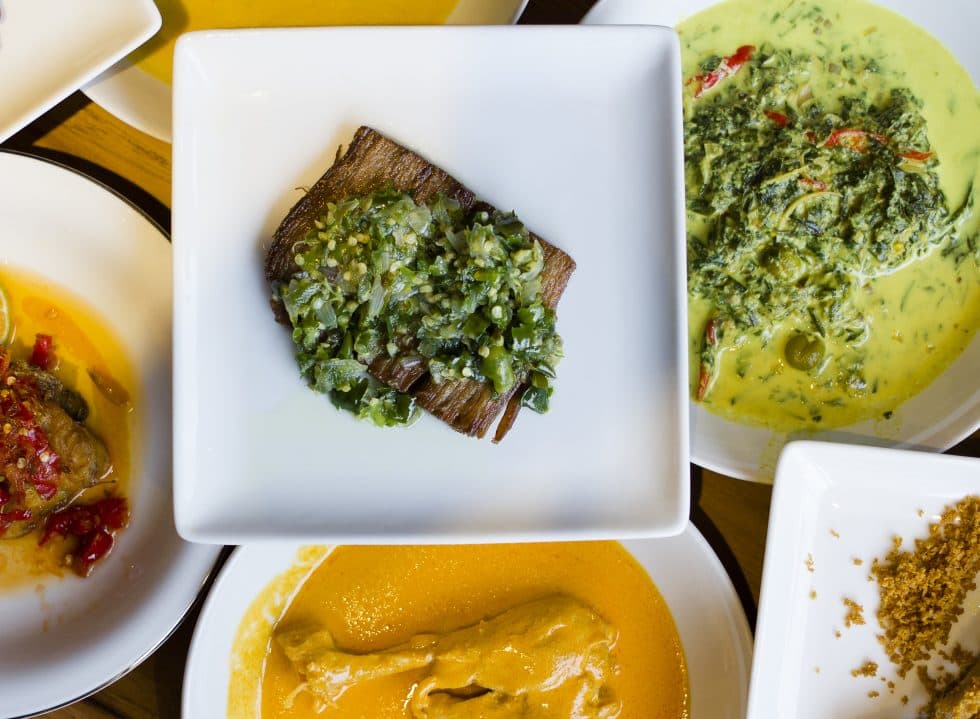 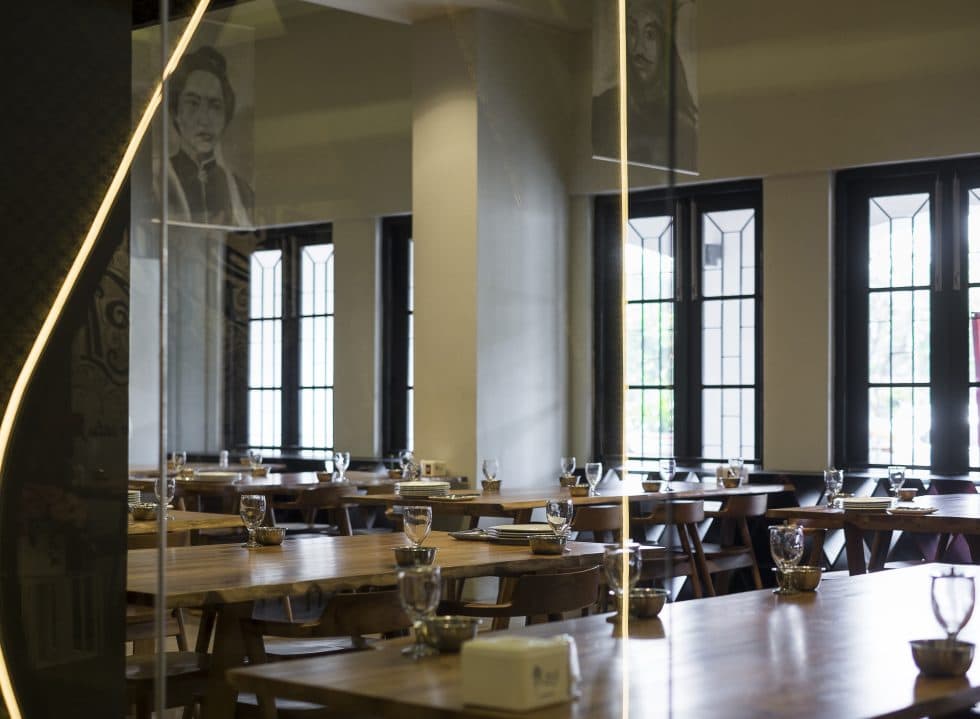 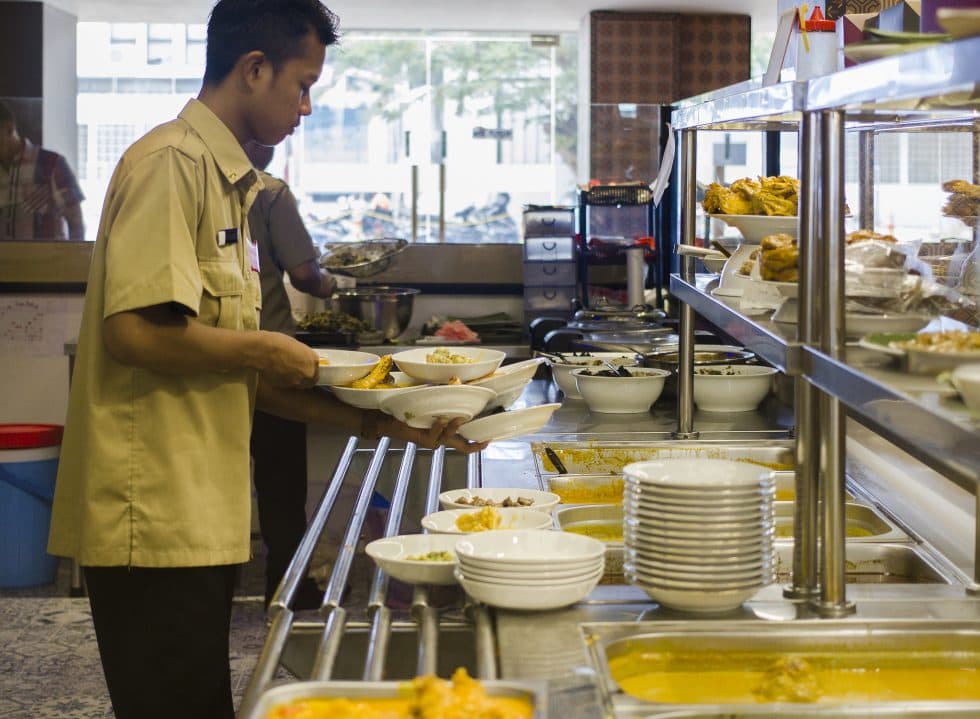 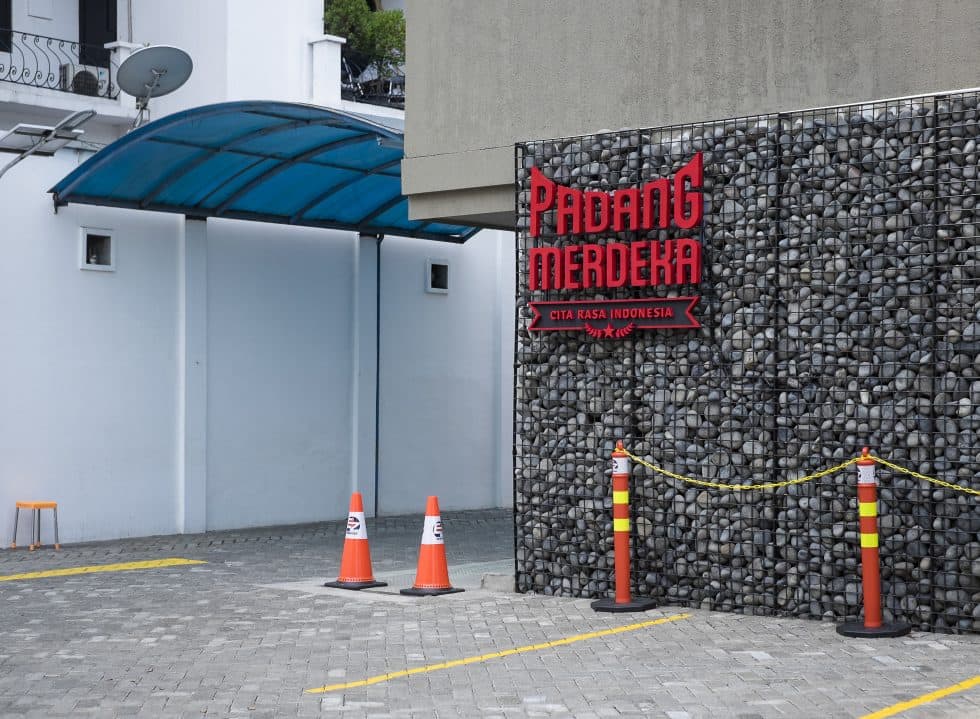 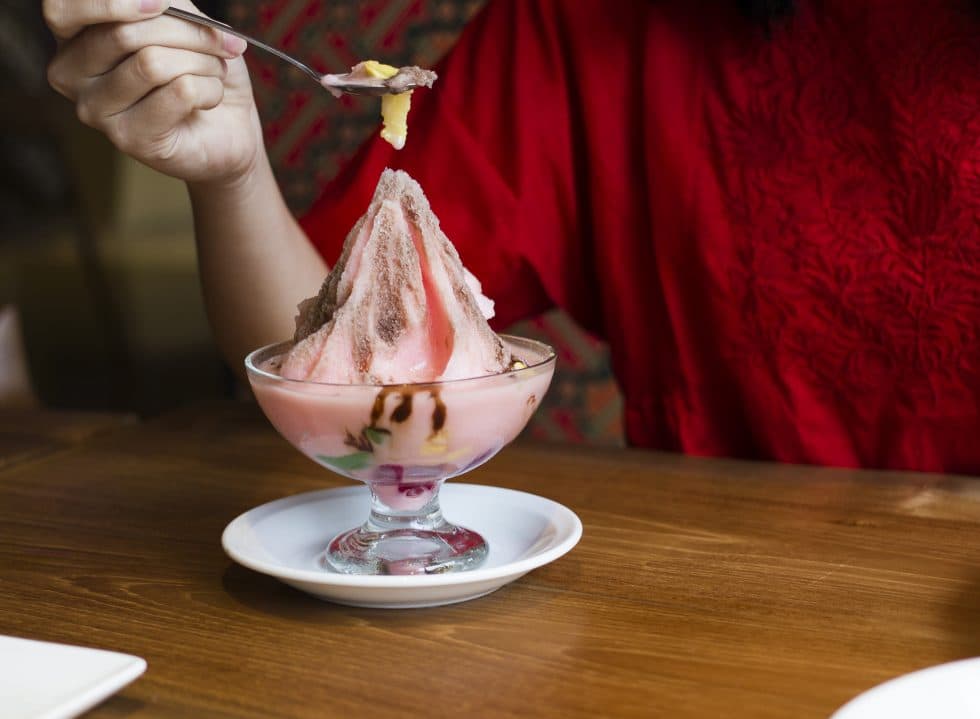 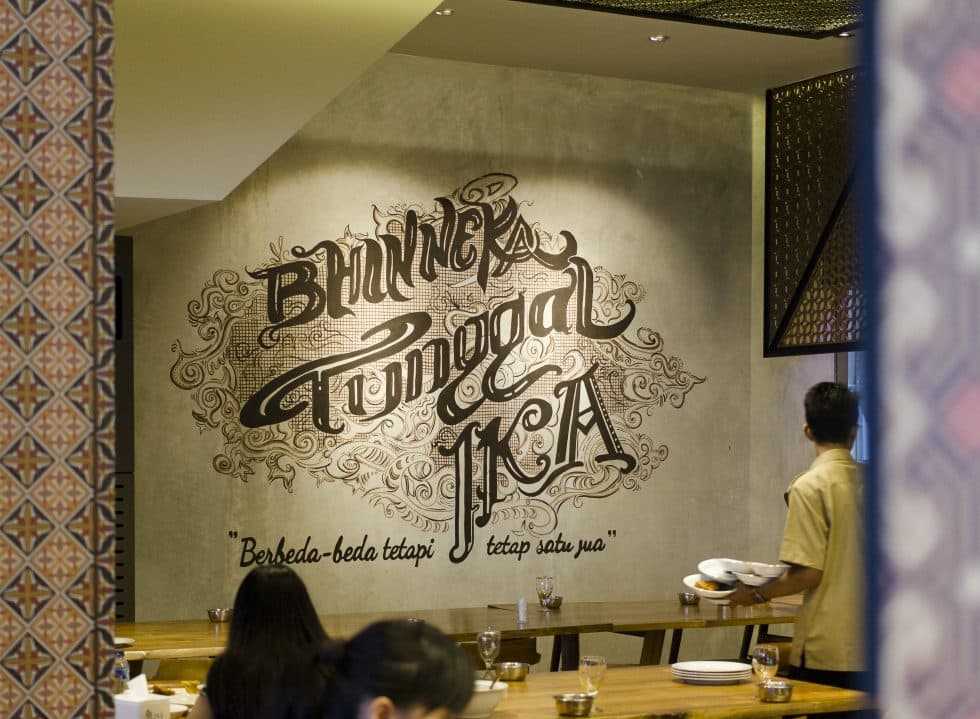 The Feast at Padang Merdeka

Those who frequent Kota Tua regularly would have come across Padang Merdeka near the Jakarta Kota railway station, especially with their giant red signage that rested on the exterior of the building. The latter was once the state office of Metrology (the scientific study of measurement). Padang Merdeka, as its name suggests, serves up Indonesia’s most recognisable cuisine from Minangkabau, West Sumatra, but in a contemporary setting.

Supported by Kota Tua revitalisation program, the premise is decorated in a variety of Indonesian heritage. Once inside, you’ll be greeted by a mural of the founding fathers as well as national heroes. A few steps further in, a map of Indonesia (made out of lights) decorated the ceiling. In addition, there are also batik-inspired partitions and Kain Songket (traditional woven textile) served as wallpapers.

Once you find your seat, the waiter brings out an immense stack of plates of customary Padang dishes, such as Ubi Tumbuk (crushed cassava leaves), dendeng (beef jerky), a variety of chicken dishes (Ayam Pop, Ayam Bakar and the likes) and even Otak Sapi (beef brain). Evoking a Leaning Tower of Pisa moment, the sight of it will no doubt induce uneasiness for tourists encountering Padang cuisine for the first time.

But not every offering is served on the table. Options such as Soto Padang, Sate Padang and Es Campur are available upon request. With what seems like never-ending choices of dishes, Padang Merdeka is the kind of place that keeps you staying longer than intended.

This is why Padang Merdeka is best enjoyed with the company of close friends, where you can savour the meal over loud conversations about prosaic subject matters. Best of all, with Kota Tua as the backdrop, Padang Merdeka will leave an impression with its delicious crash course in Padang cuisine for tourists who are visiting Indonesia for the very first time.