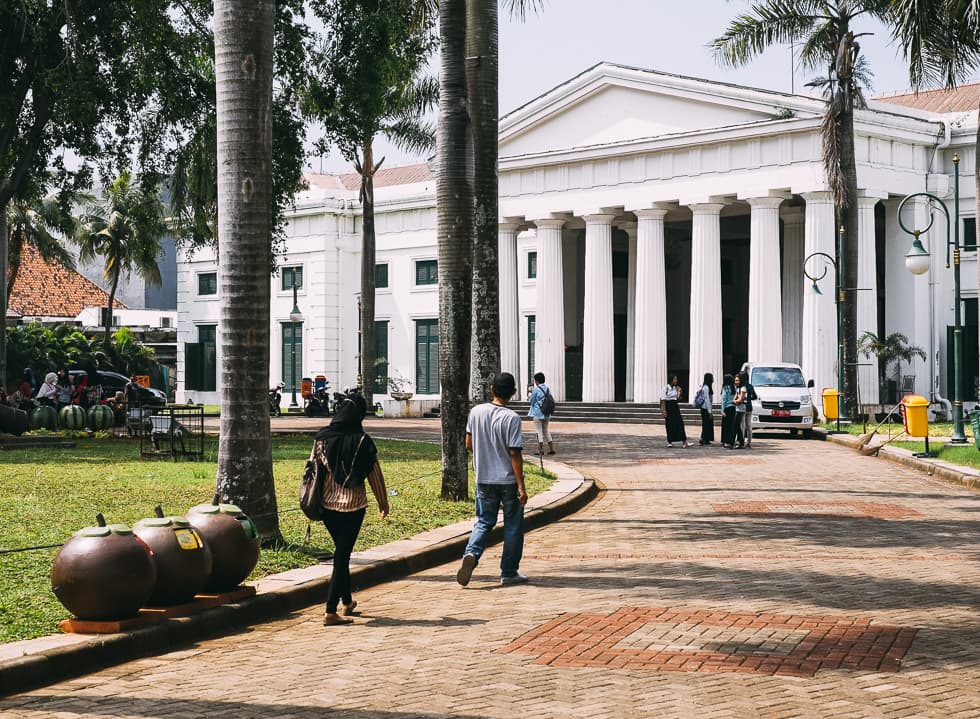 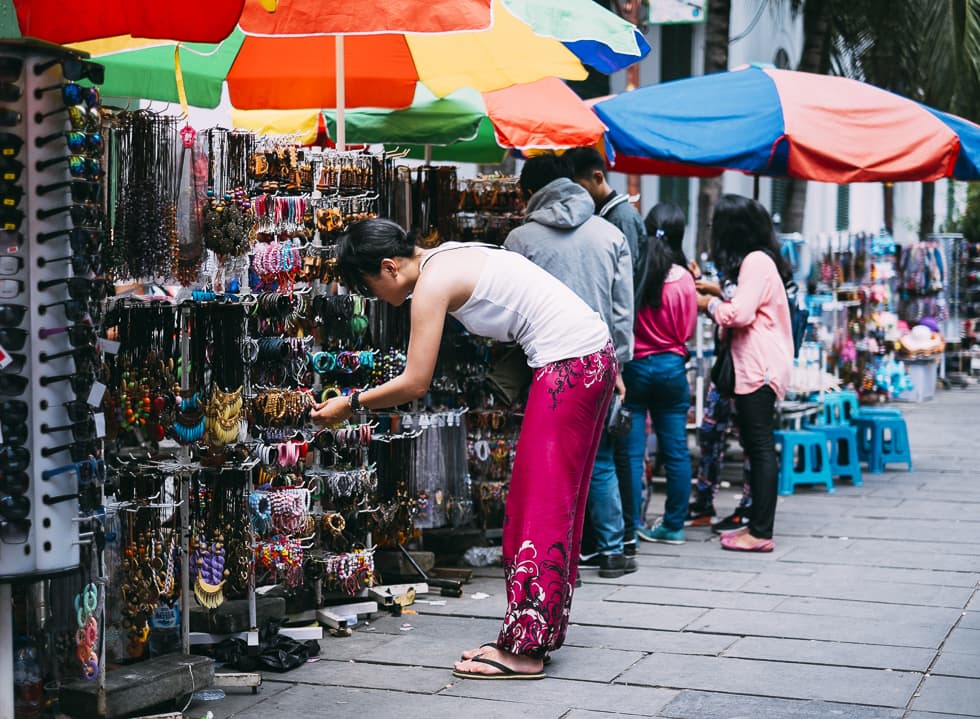 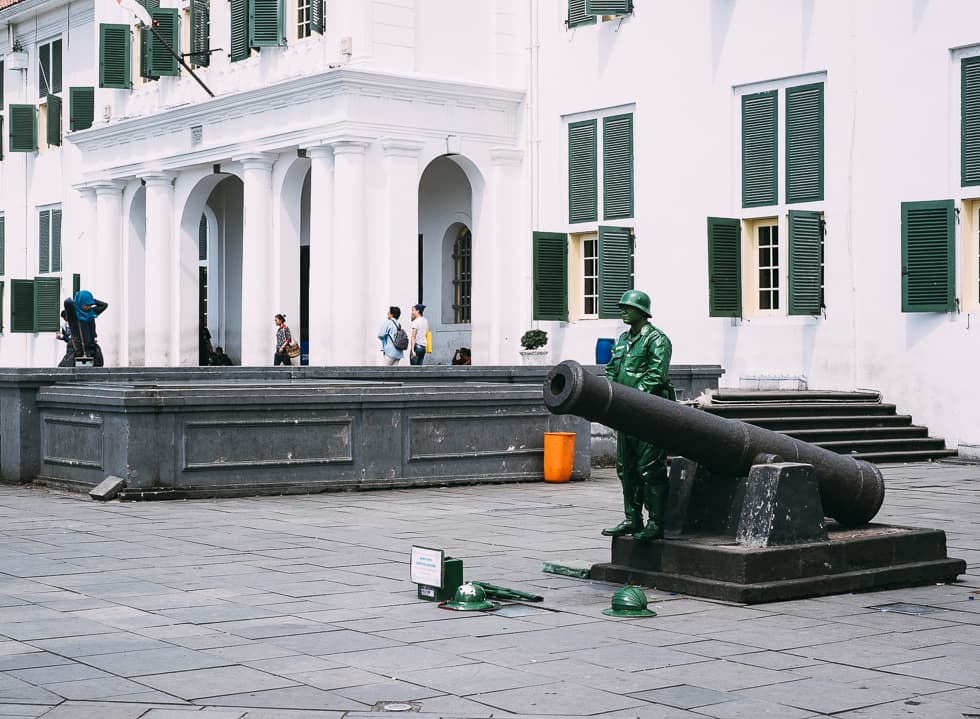 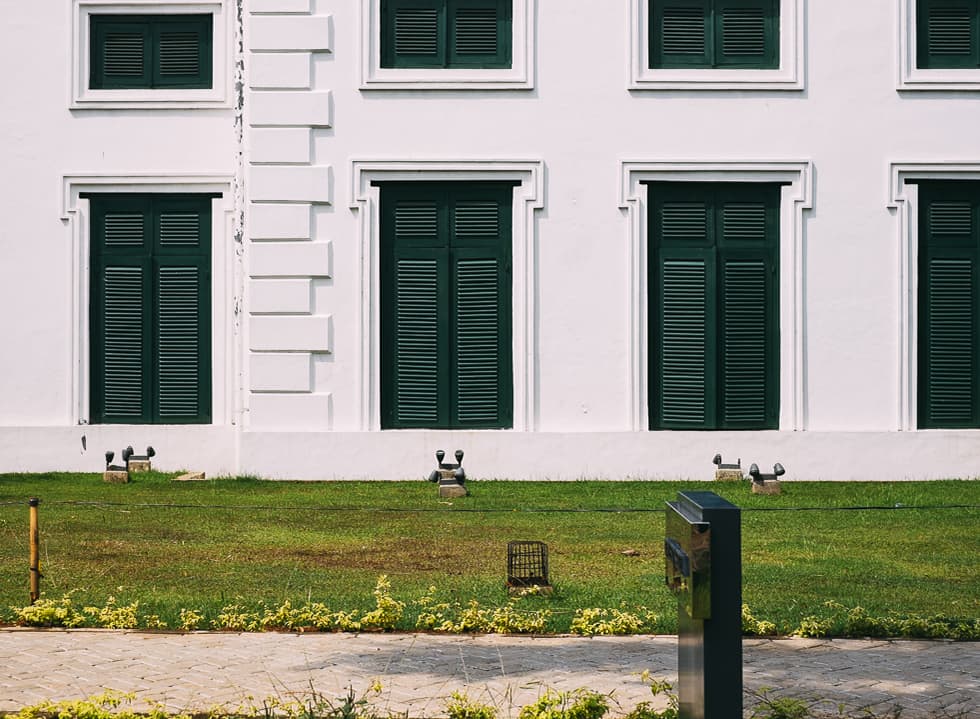 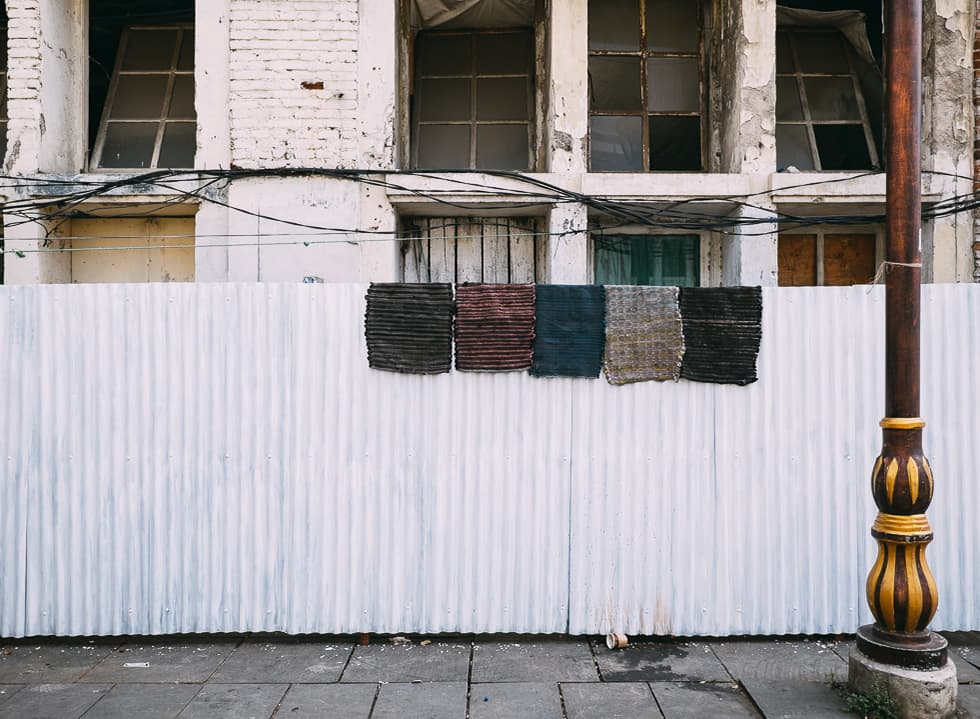 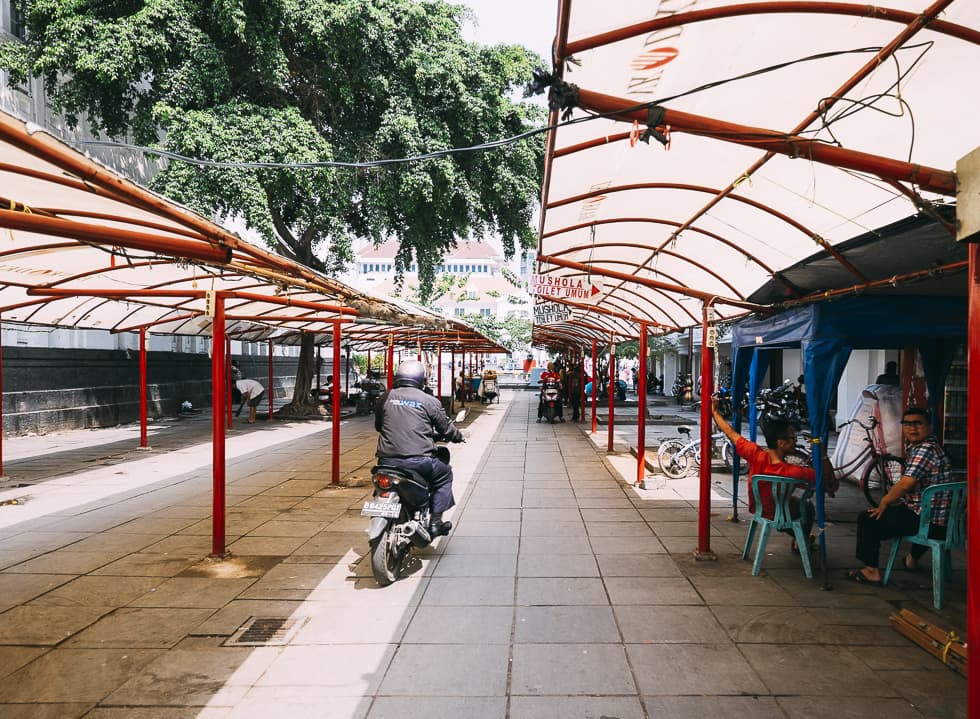 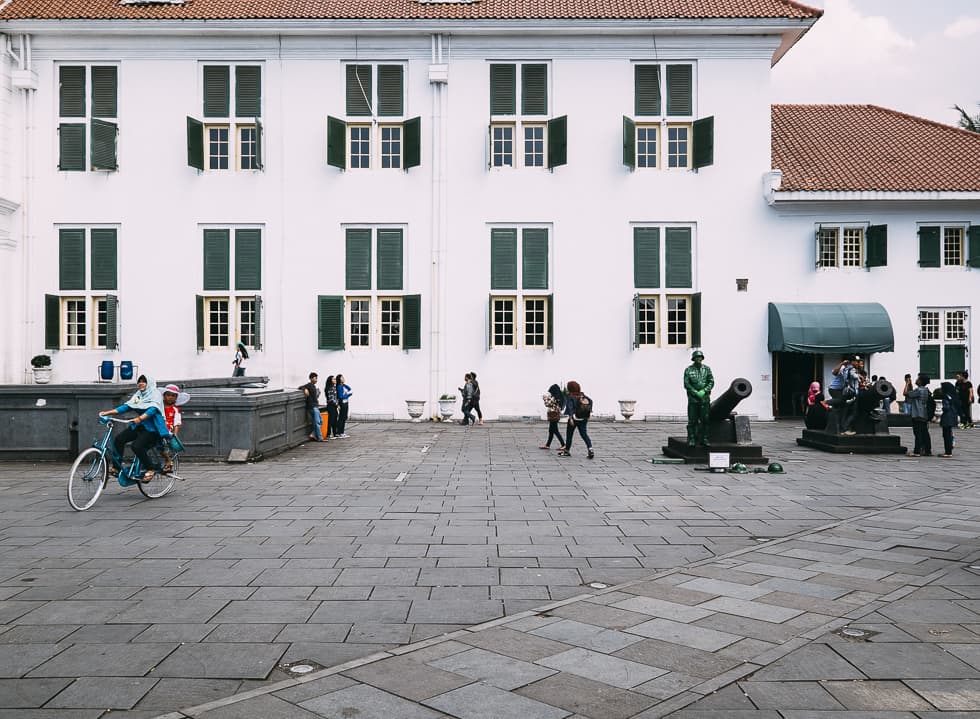 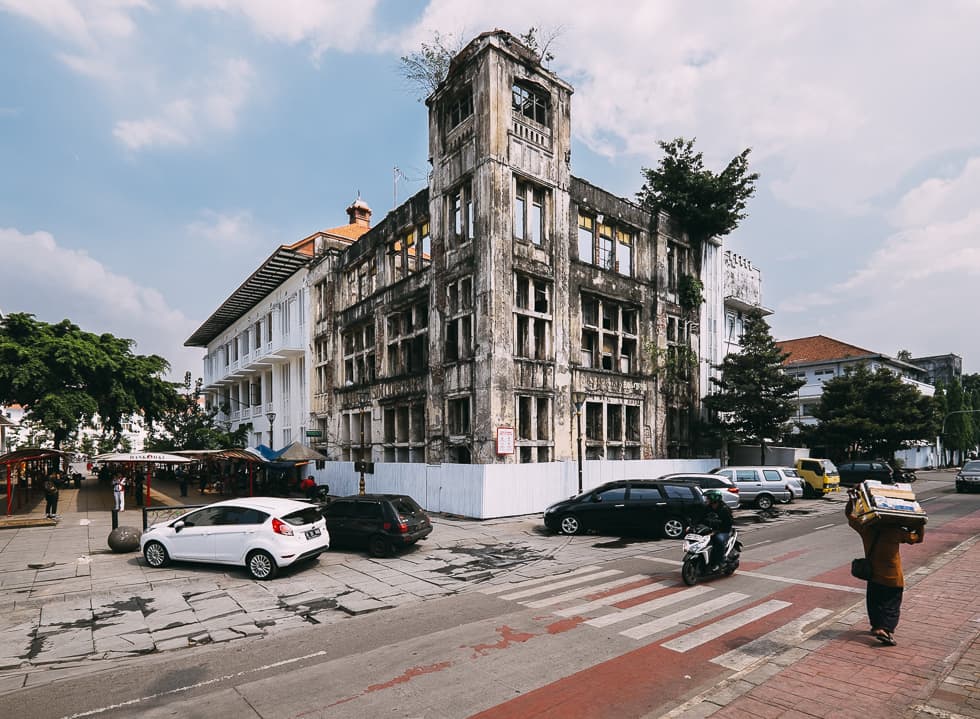 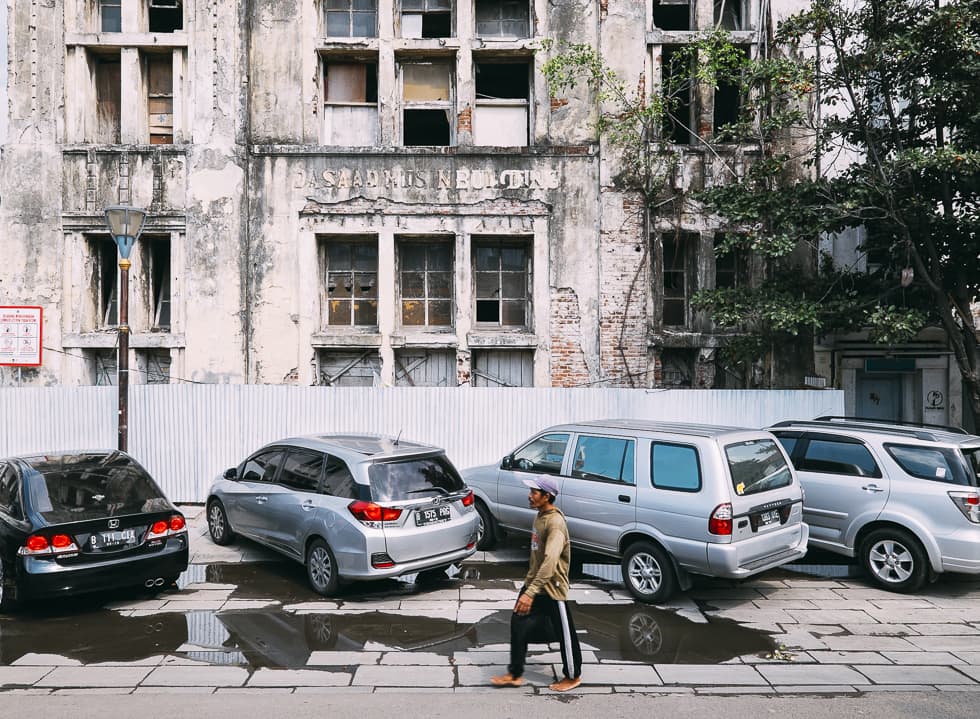 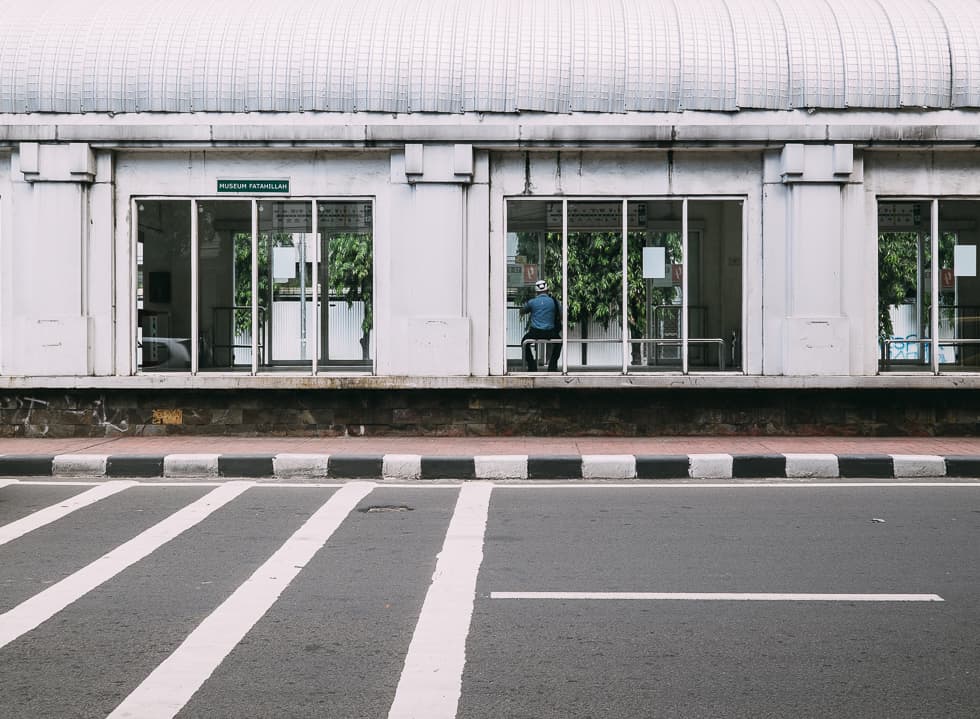 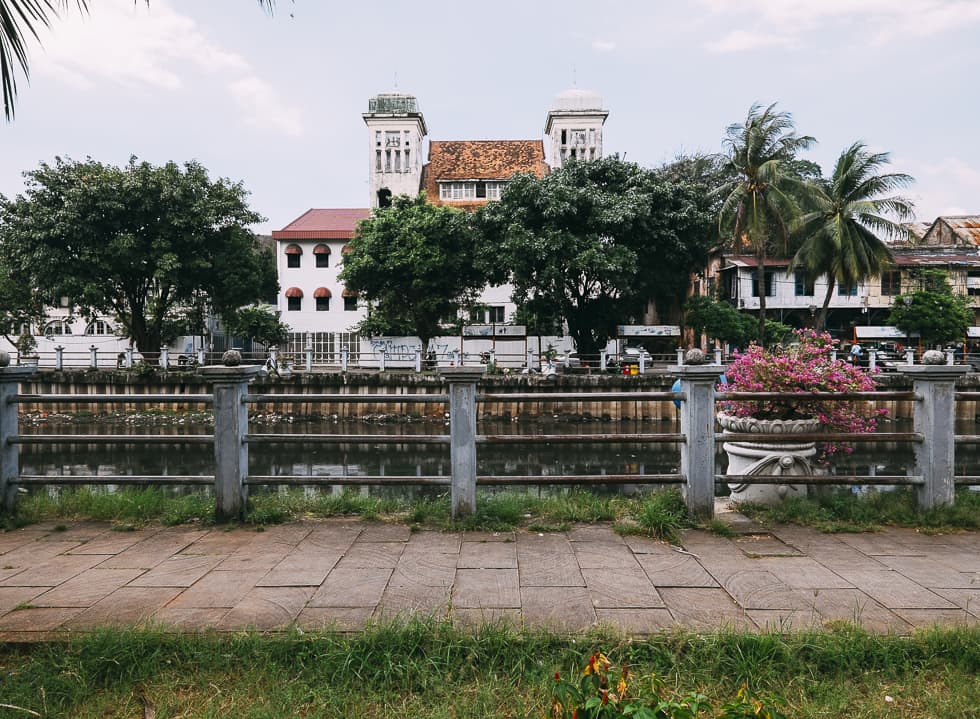 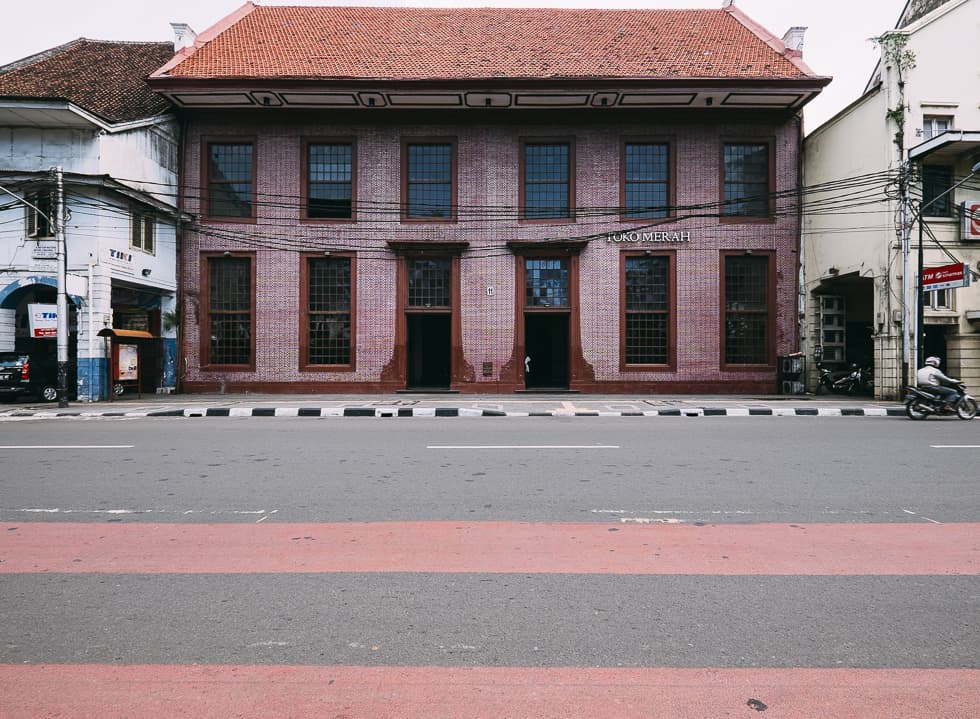 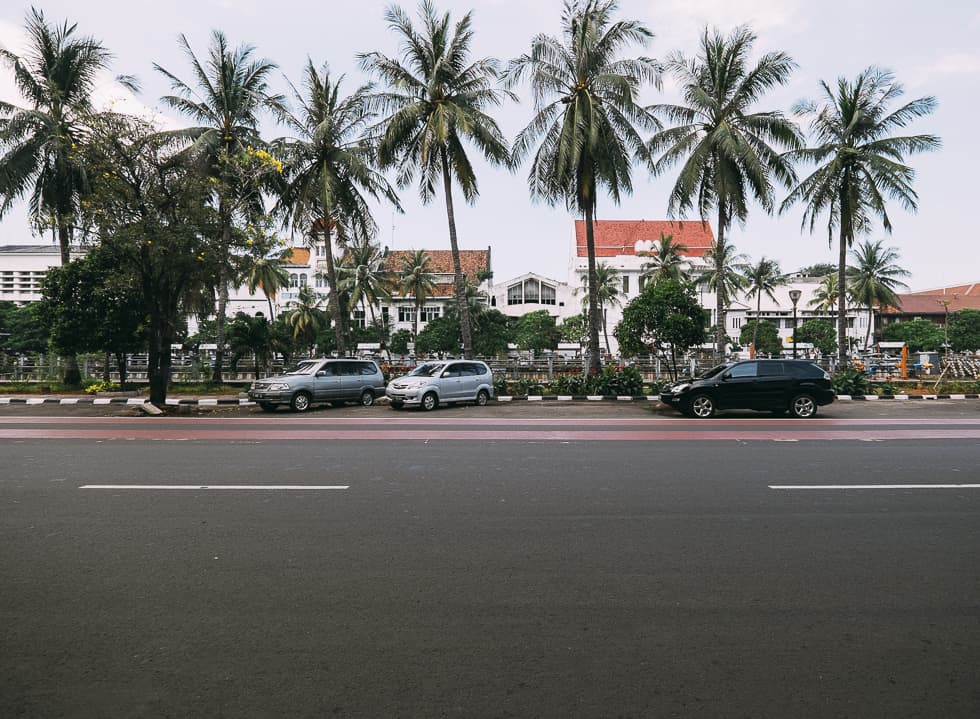 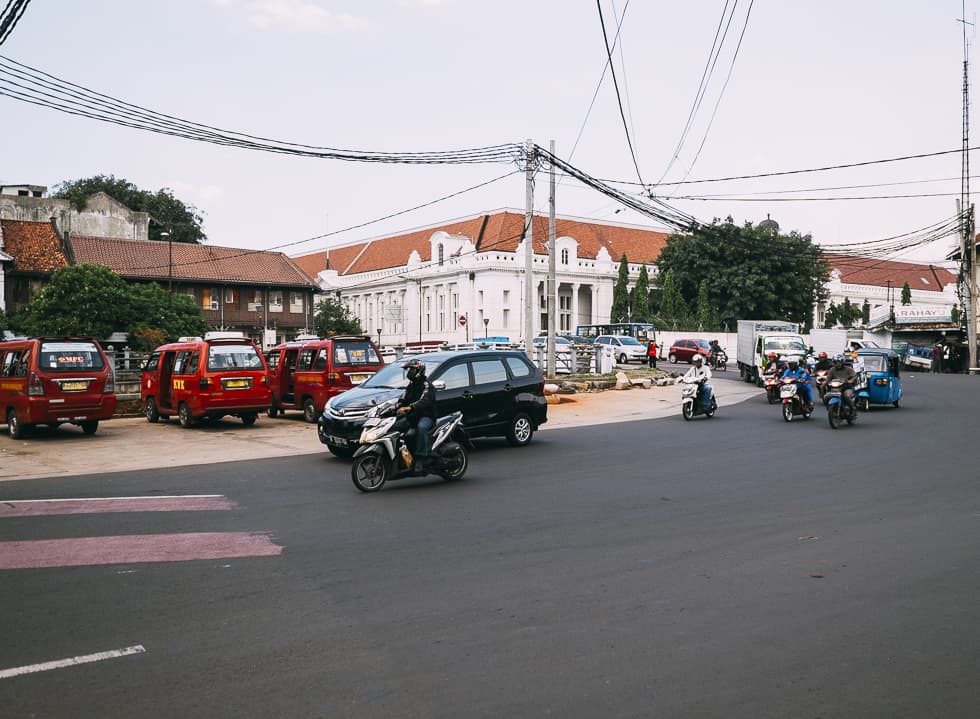 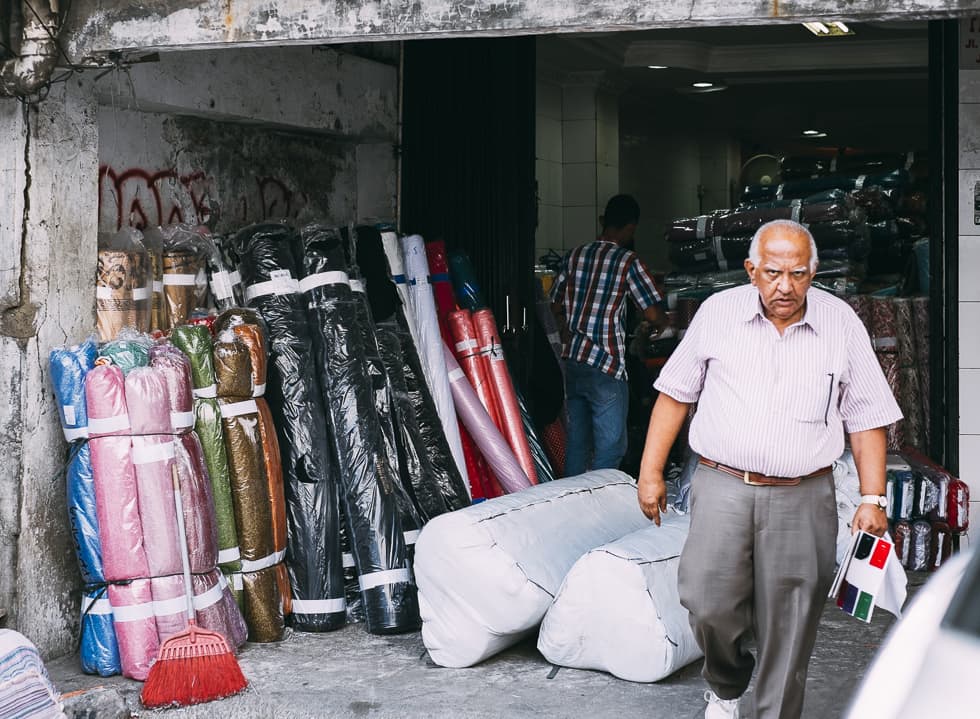 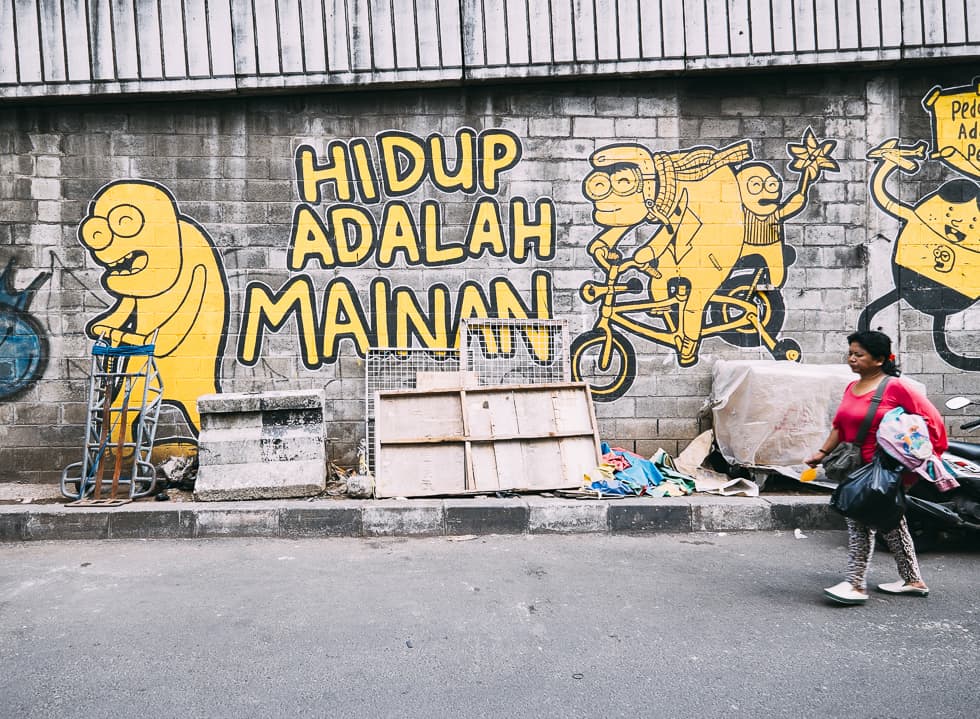 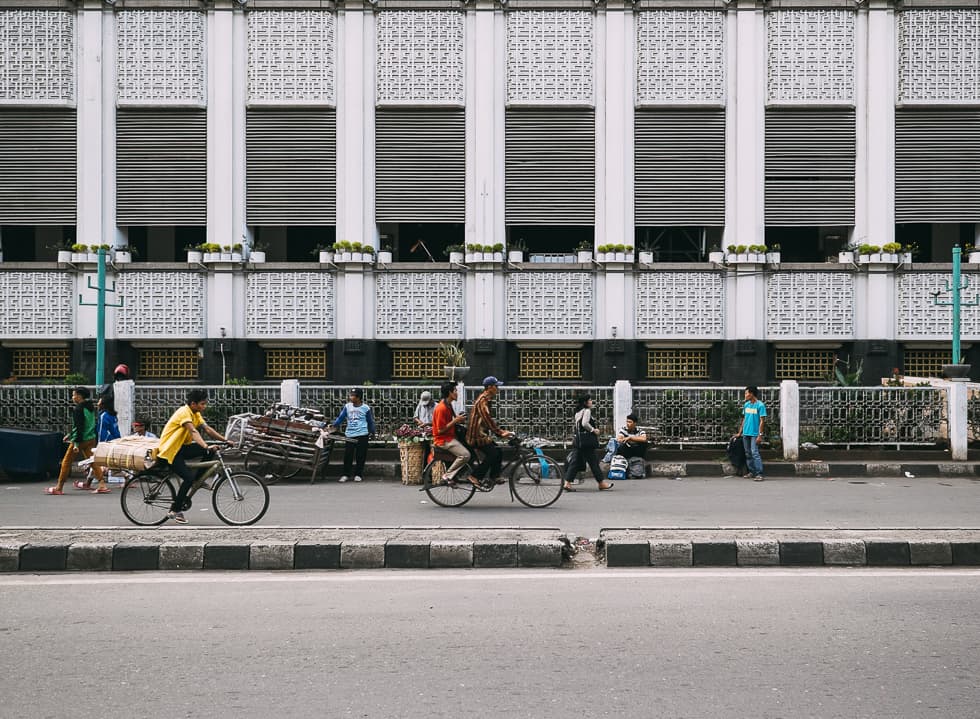 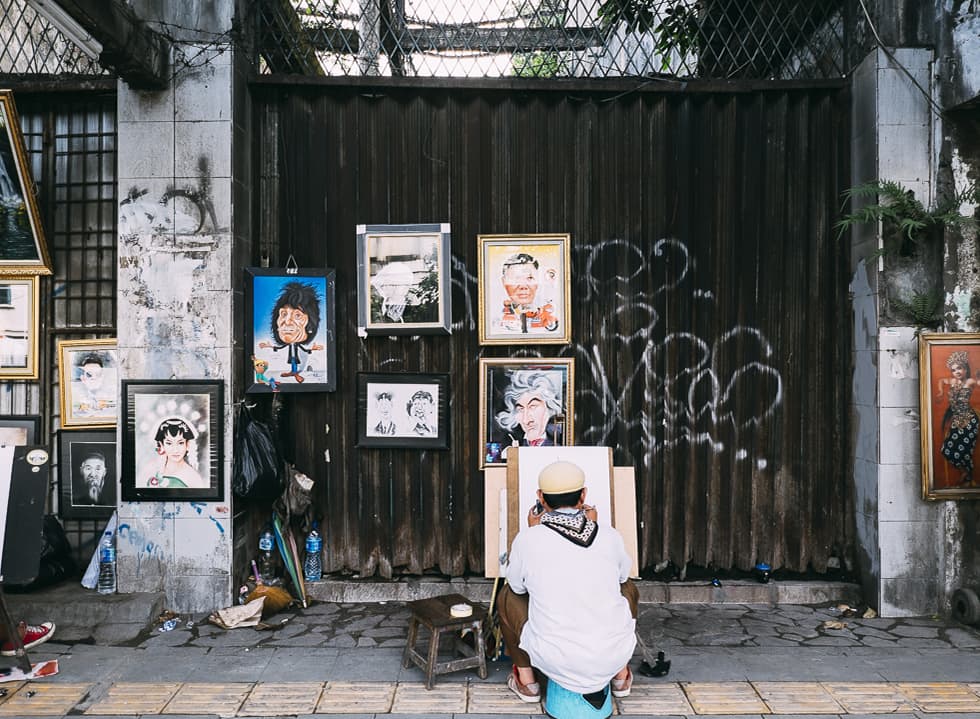 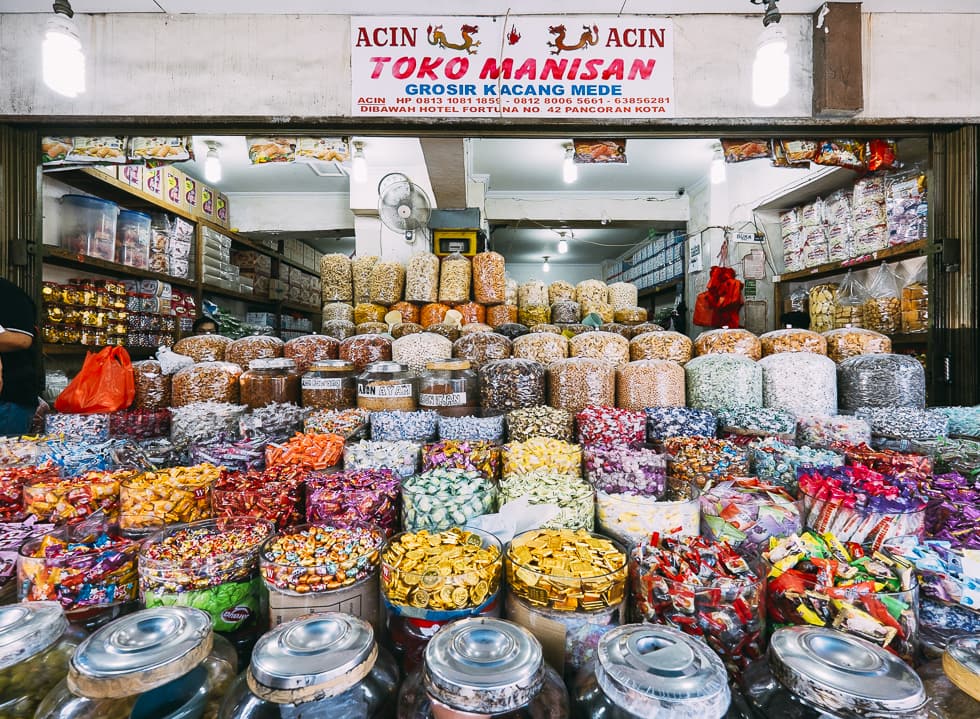 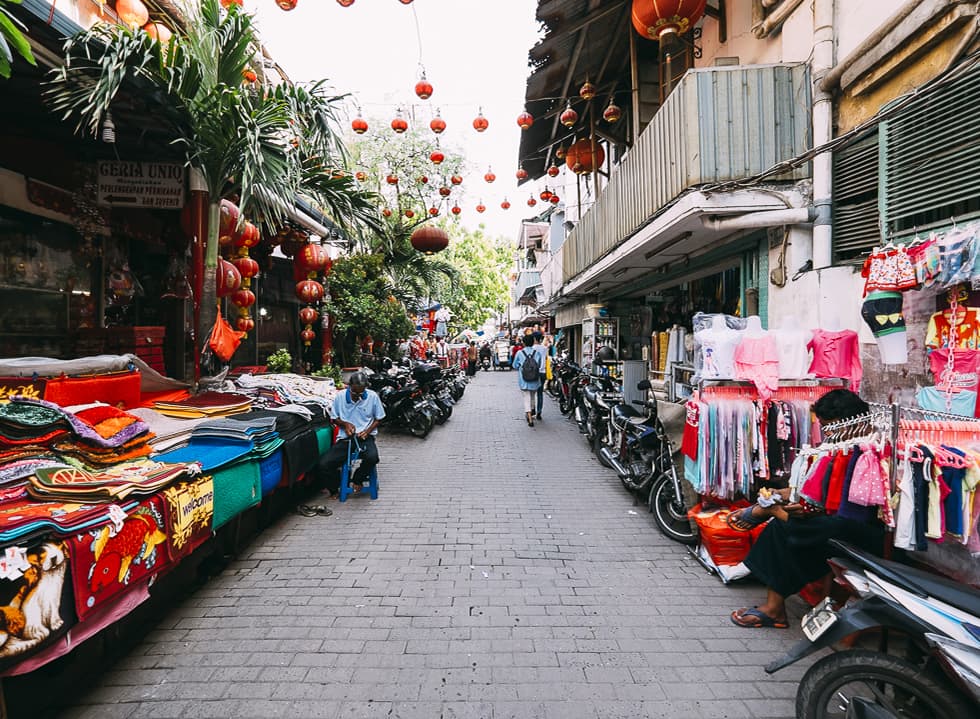 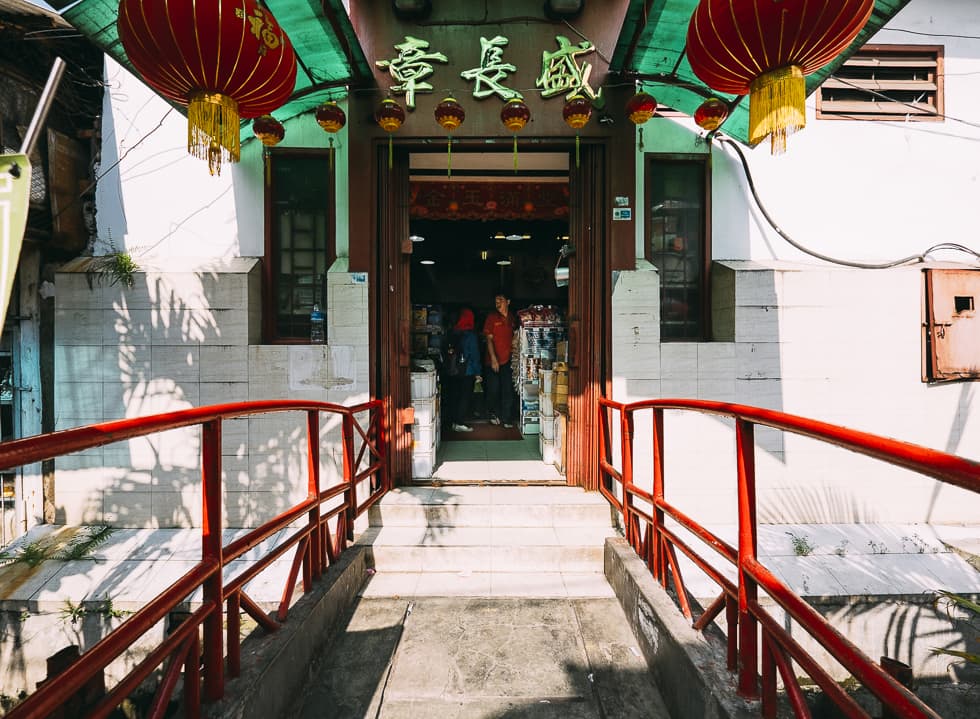 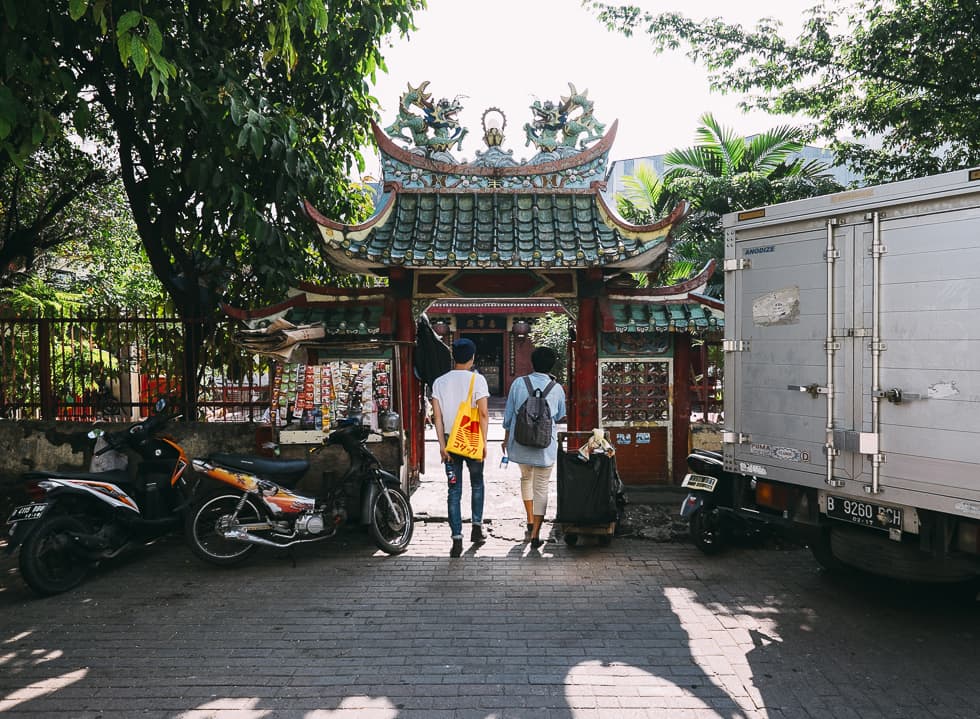 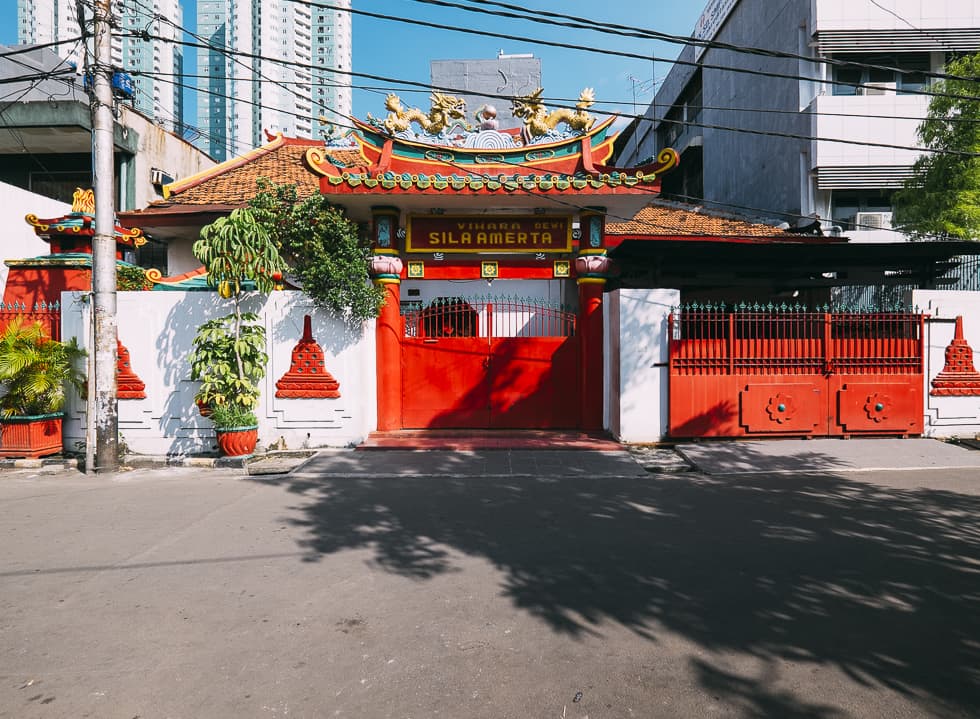 by Pingkan Palilingan
Share
In the first edition of Manual Spot, we went down to two most retro suburbs in Jakarta, Kota Tua and Glodok, to detoxify from our much modernised city.

“Murah! Muraaaah!” (Very cheap!) The hawker cries out at the top of his lungs, testing his salesmanship as he vends a bunch of assorted goods: tattoos, bracelets and even selfie sticks of which turns out to be quite the bestseller. However, bawling uncontrollably apparently doesn’t help him much in gaining customers. For his voice is only a tiny wave that formed a part of bigger cacophonies that are contained within Fatahillah Square, in Kota Tua, Jakarta.

Almost everyday, the complex around Fatahillah Square yields a similar view: shouting pedlars, high school kids snapping selfies, couples sitting under a tree (as if waiting on a cue from someone to sing “K-I-S-S-I-N-G”), and clowns in colourful costumes from cartoon shows (which look like the abused version of Barney the Dinosaur) fooling around with tourists.

Although chaotic, these thriving interactions have enlivened Fatahillah Square and its surroundings for years. It’s very hard to imagine that this place once had been an eyewitness of countless public executions carried out by Dutch colonials over a century ago.

The other side of Kota Tua boasts a strip of dilapidated buildings that are evocative of that Gold, Glory, Gospel era.

The square is only a chunk of Kota Tua that actually extends wider than the complex of Fatahillah Museum. A brief 5-minute stroll from the square will lead you to the other side of Kota Tua, to Jalan Kunir which boasts a strip of dilapidated buildings that are evocative of that Gold, Glory, Gospel era. When you’re lucky, you’ll be able to catch a fleeting movement from one of the windows – probably of a homeless man, who’s turning over in his blanket.

You have to be careful, though. As soon as you finish observing the said buildings, you might want to keep your head down to prevent from tripping over batu akik (gemstone) traders. They’ve claimed the pedestrian sidewalks ever since these “healing” stones came back again as a trend. Equally transfixing as the gemstones is Toko Merah with its gaudy red bricks, which is only a further short walk across the bridge.

When you’re in town for some souvenir shopping, Pasar Grosir Asemka will be a good place to start. However, a couple of skills are needed to roam Asemka. Parents have to be on constant guard; make sure to hold your children tight or they will lose themselves in this toy wholesaler paradise. And remember, you might want to protect your valuables from prowling pickpockets as well. Last but not least, you’ll need a body reflex of a karateka to avoid the parking attendants’ flailing hands in this cramped area.

Petak Sembilan seems to have a penchant for peculiar and tantalizing miscellanies.

Of course, a visit to Kota Tua requires one to continue on exploring Petak Sembilan, which is located in Glodok. Home to the biggest Chinatown in Indonesia, only in Glodok will you find unique feasts for your eyes (and tongues). Before proceeding your way to Petak Sembilan however, it would be wise to do an impromptu food exploring at Gang Gloria in Jalan Pancoran where some legendary foods (Gado-gado Direksi, Pioh, Kopi Es Tak Kie) reside.

Petak Sembilan seems to have a penchant for peculiar and tantalizing miscellanies. To get to this place, one would have to go through a strip of Chinese herbal shops that sell the quirkiest of things: leeches and Cobras to cure God-knows-what-type-of-illnesses.

Petak Sembilan is a narrow street with shops on both sides of the road. To walk down this street alone requires much effort to remain untouched by passing motorcycles or bajaj. If a careless biker grazes you by any chance, be careful not to fall on top of neatly stacked skinned frog meat – or better, a bucket of squidgy sea cucumbers. When purchasing the meat, of course, you have to ignore the grisly fact that the pedlars open up their kiosks next to a foul-smelling sewer.

Kota Tua and Glodok are living souvenirs from the past.

But don’t let these notions discourage you yet. This site dispenses an enticing charm that could only be fully comprehended after treading the brick floors of Petak Sembilan. Other than flurry of food and chaos, this place also serves as a backdrop for nostalgic tunes from the likes of Indonesian famed 80’s singer Nike Ardilla to calming Chinese songs brought by someone we couldn’t quite identify, or was that Teresa Teng? Also, Petak Sembilan is a perfect destination to learn about the wealthy cultures of Indonesian Chinese, which still remains intact after years of modernisation.

Obviously, one could wax endlessly about Kota Tua and Glodok. These two neighbouring suburbs have been teaching us to lead a down-to-earth life amidst the constant modernity that has greatly influenced our cities. Here, one could contemplate people socialising in the most primitive ways: haggling, gossiping, teasing, and every kind of shoulder-to-shoulder interaction you could think of.

Kota Tua and Glodok are living souvenirs from the past. They are by all means imperfect destinations, but well worth a visit.