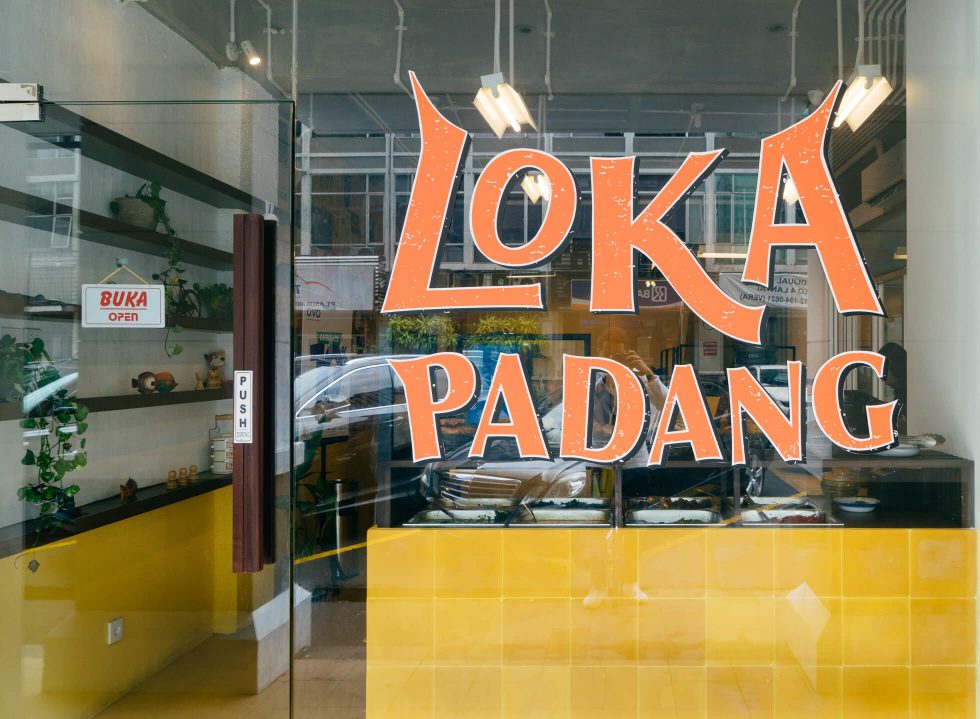 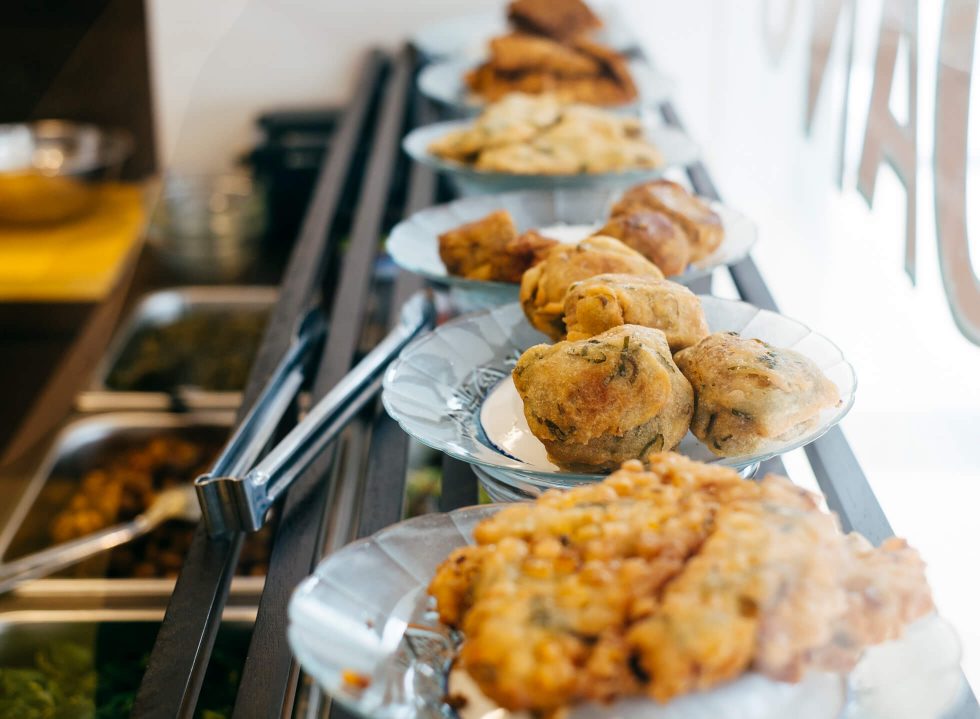 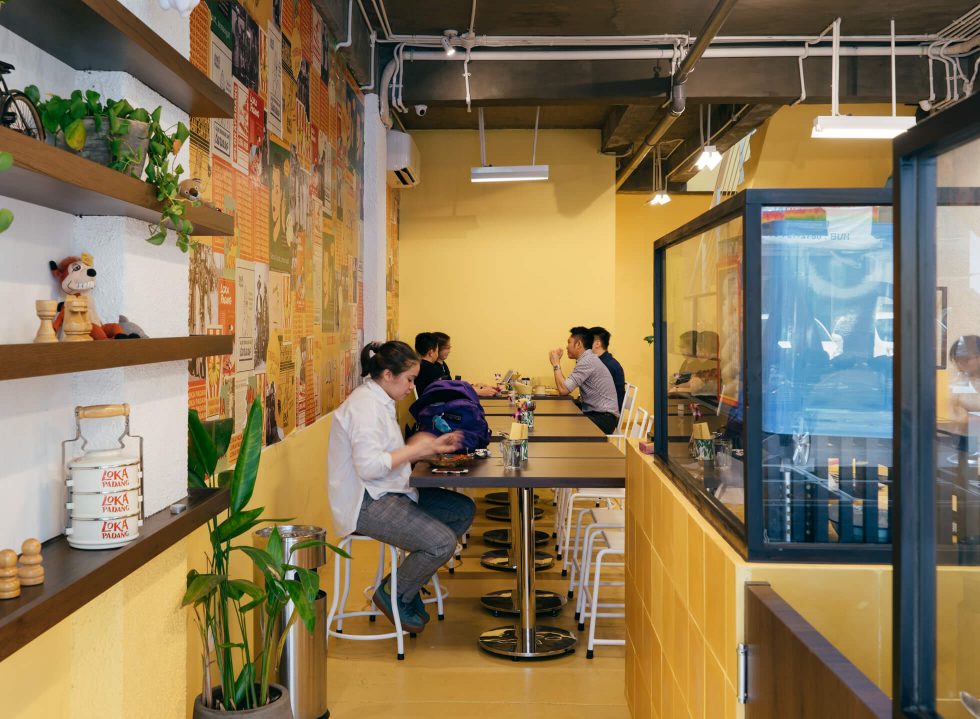 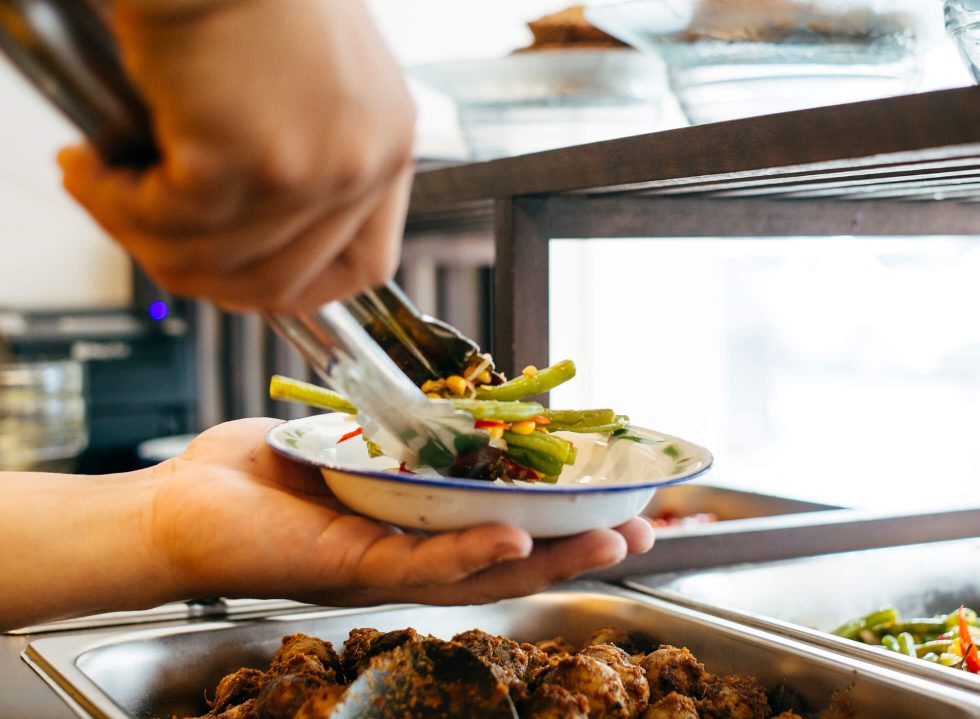 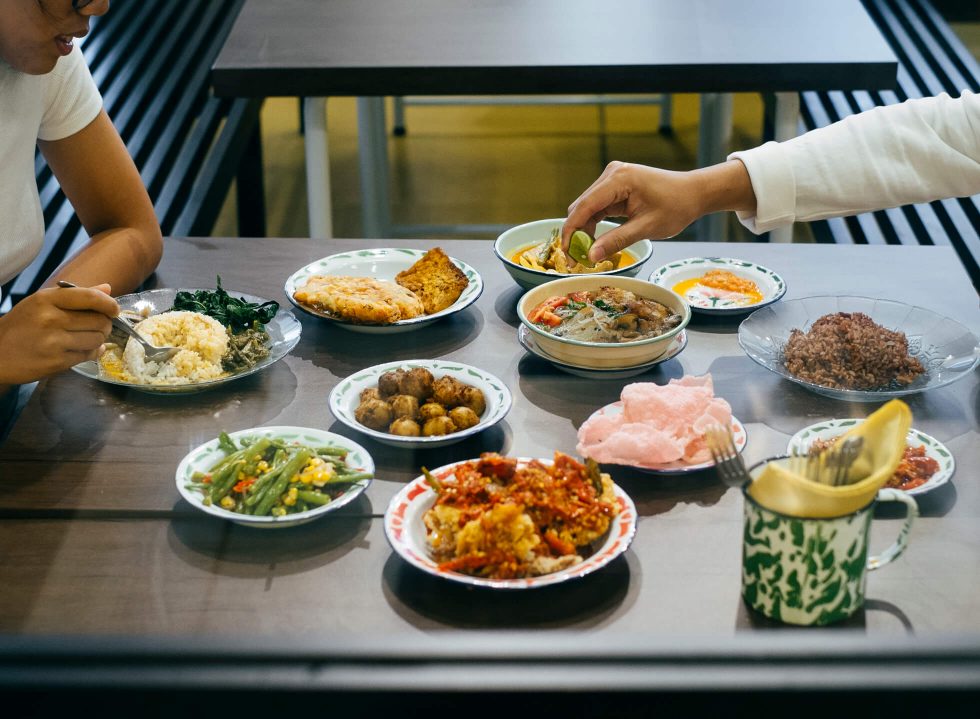 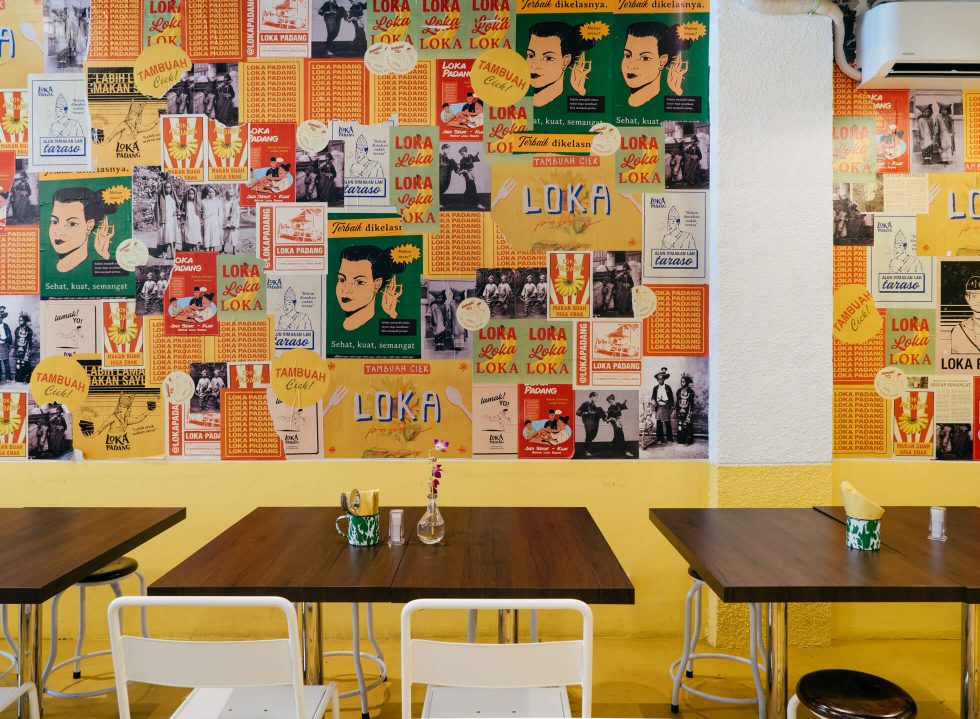 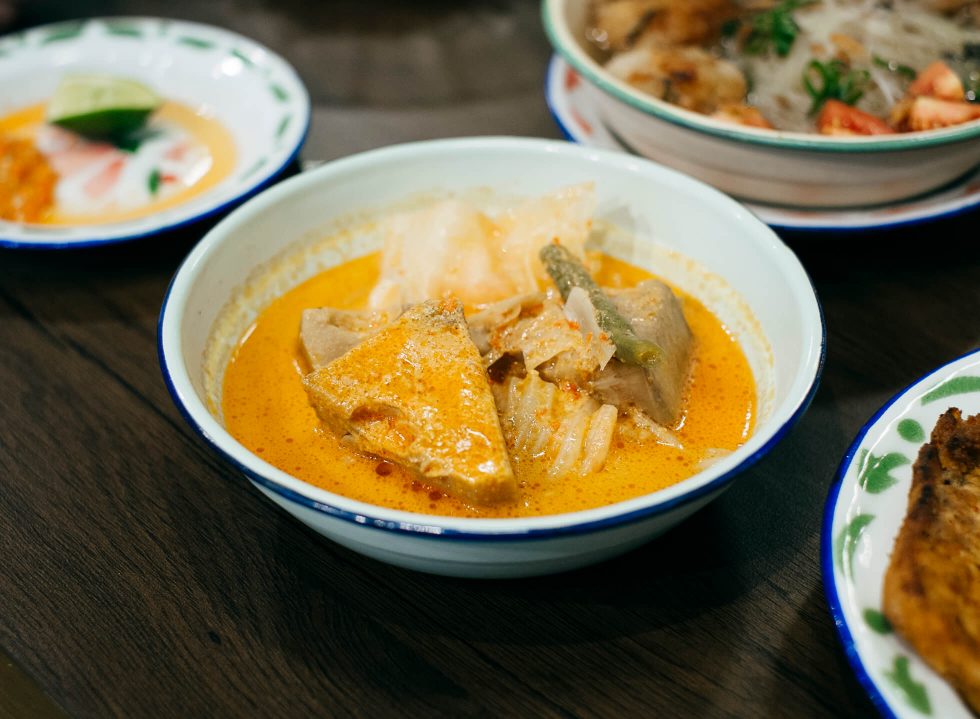 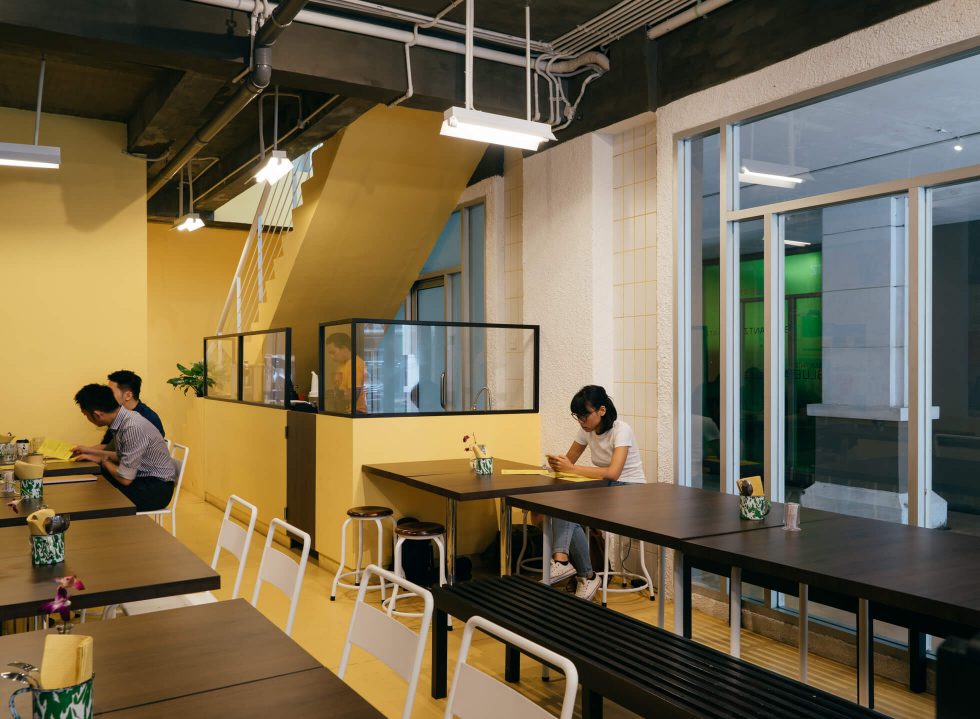 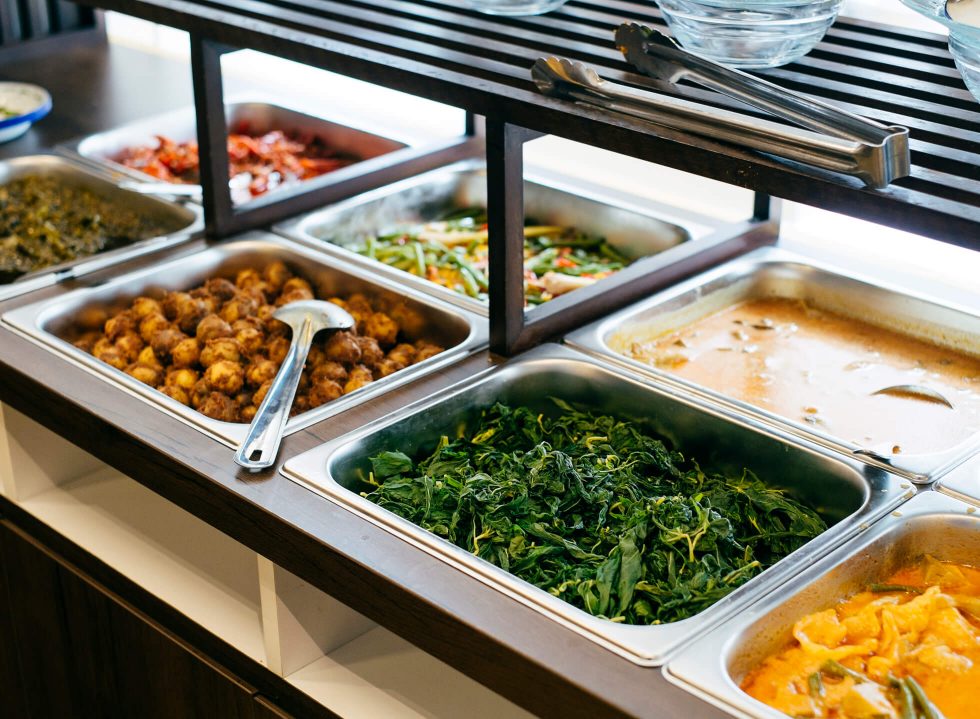 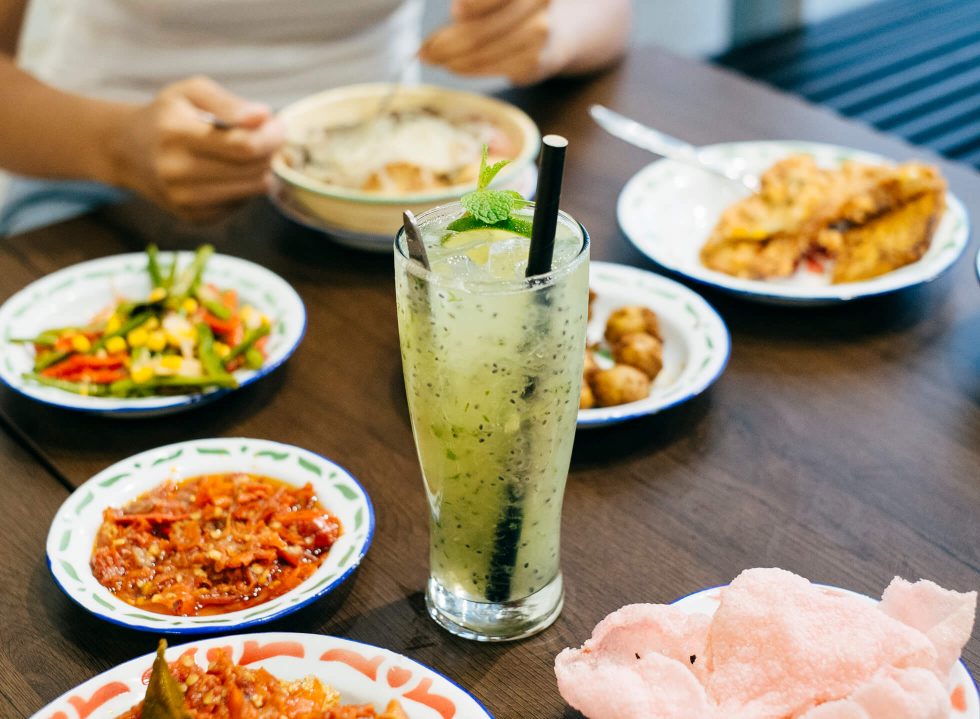 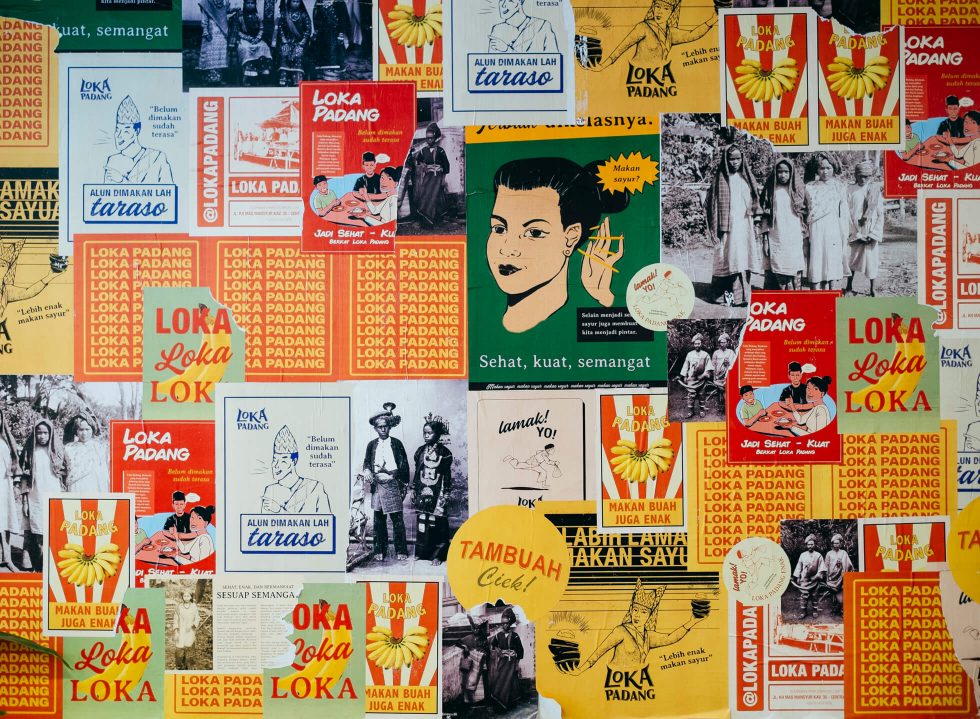 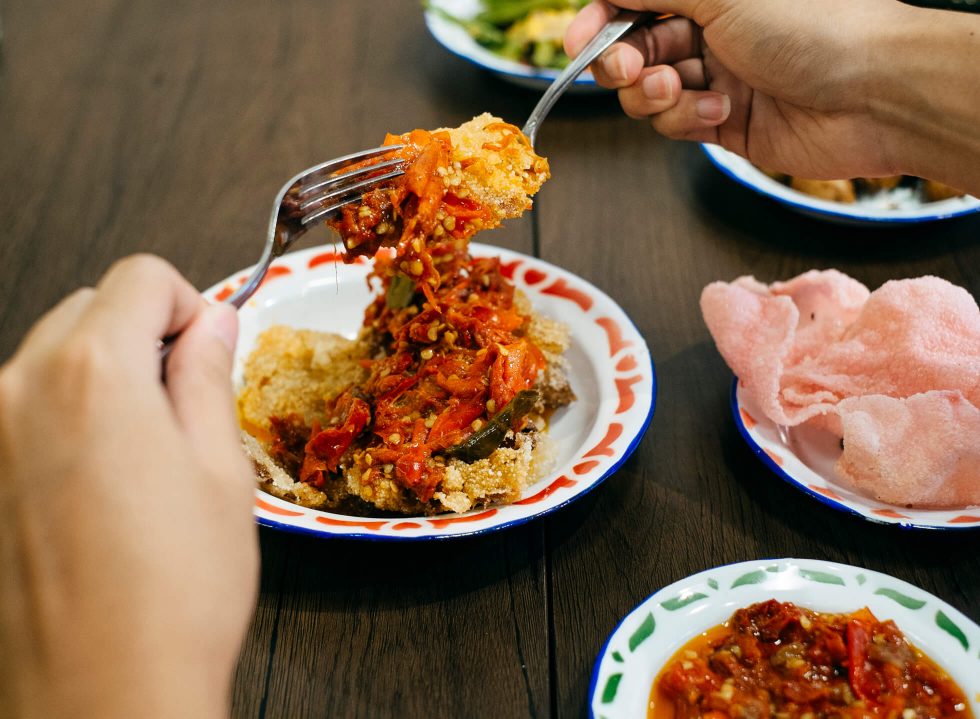 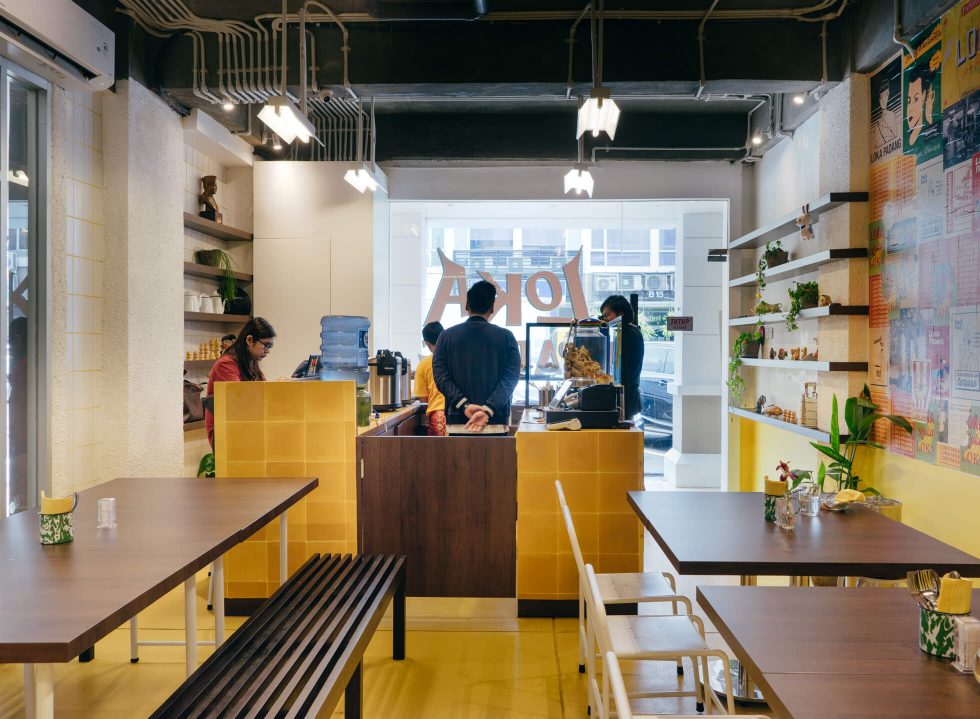 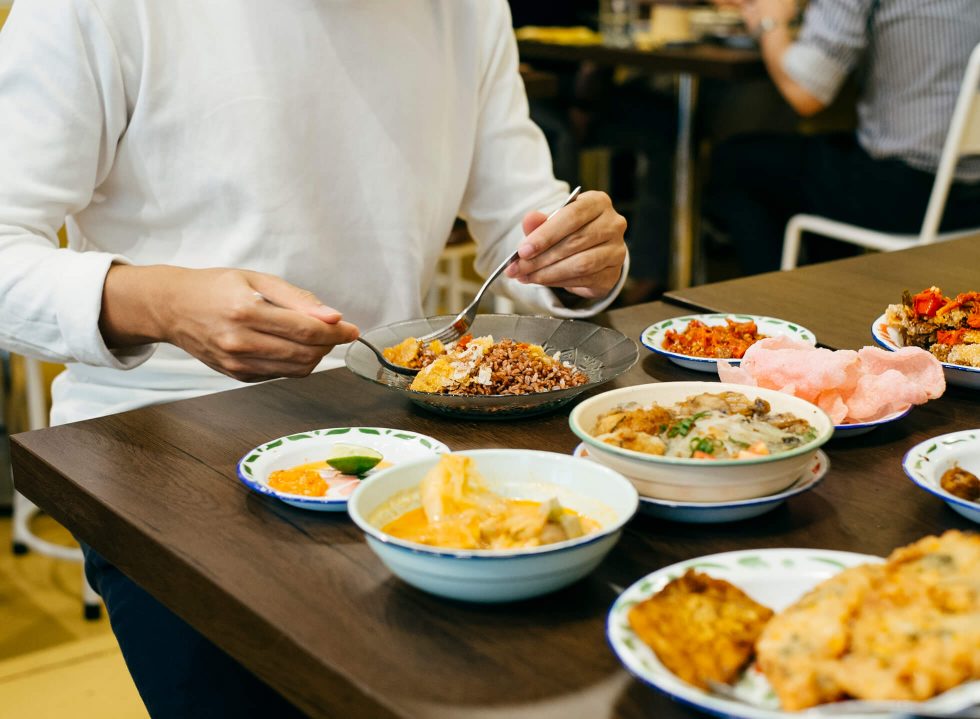 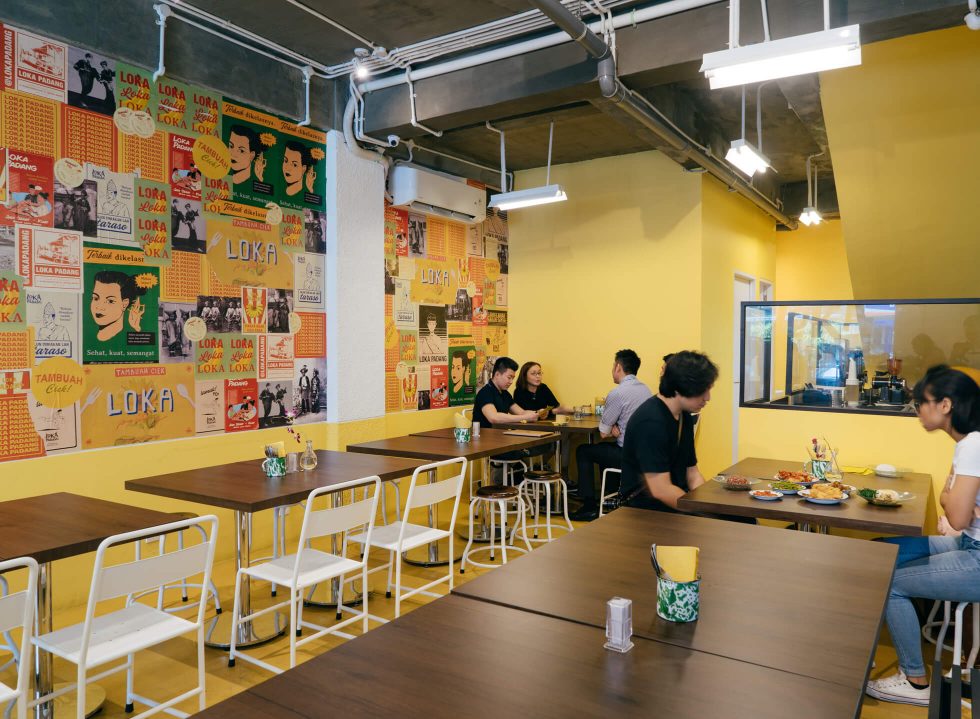 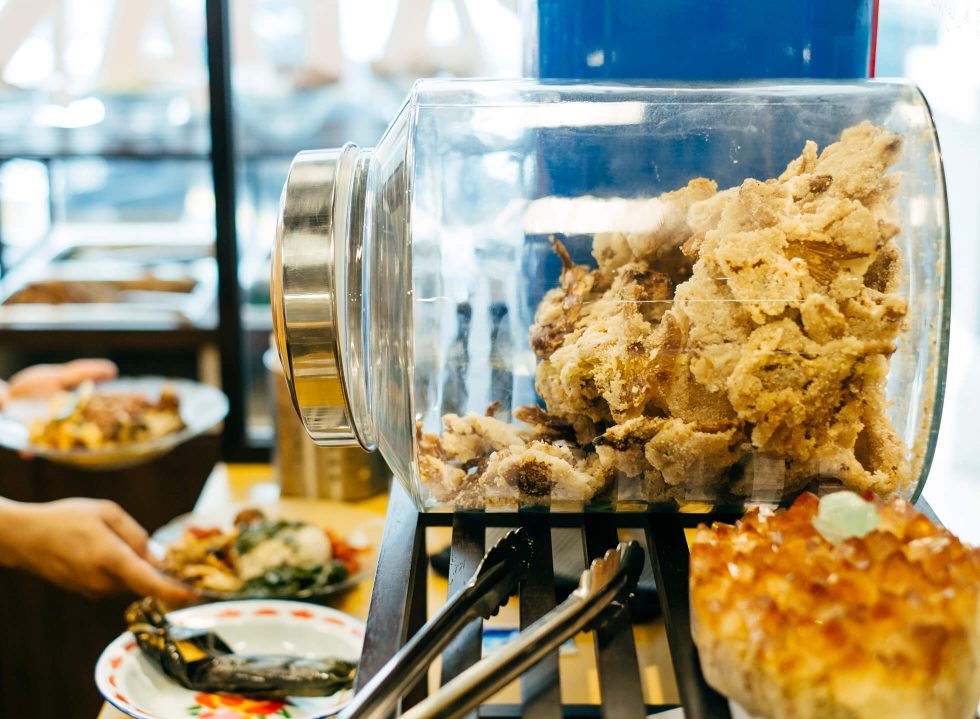 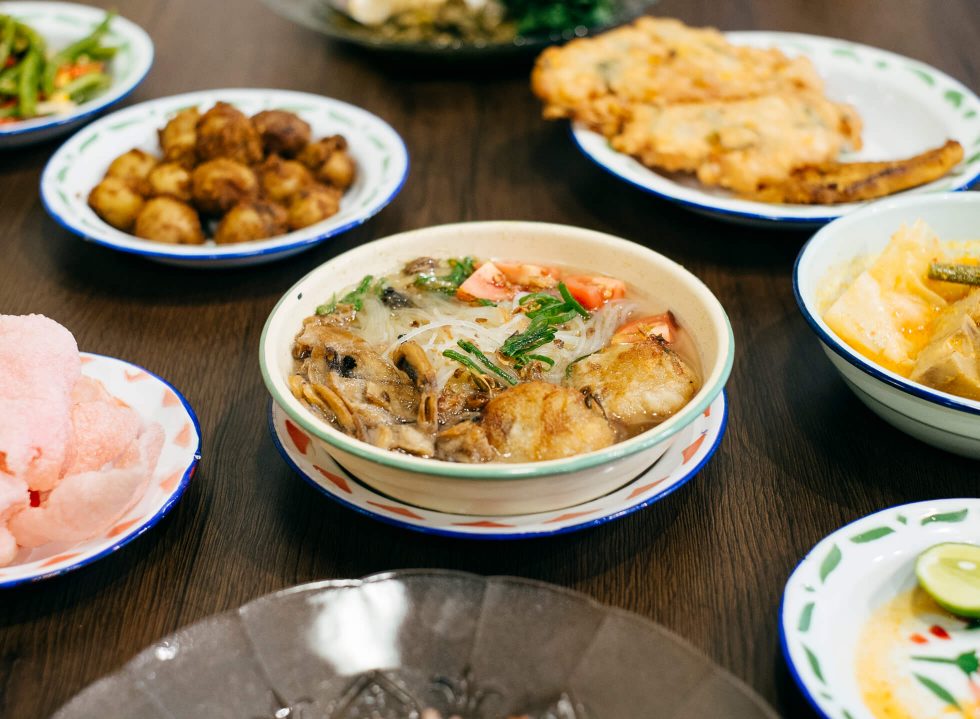 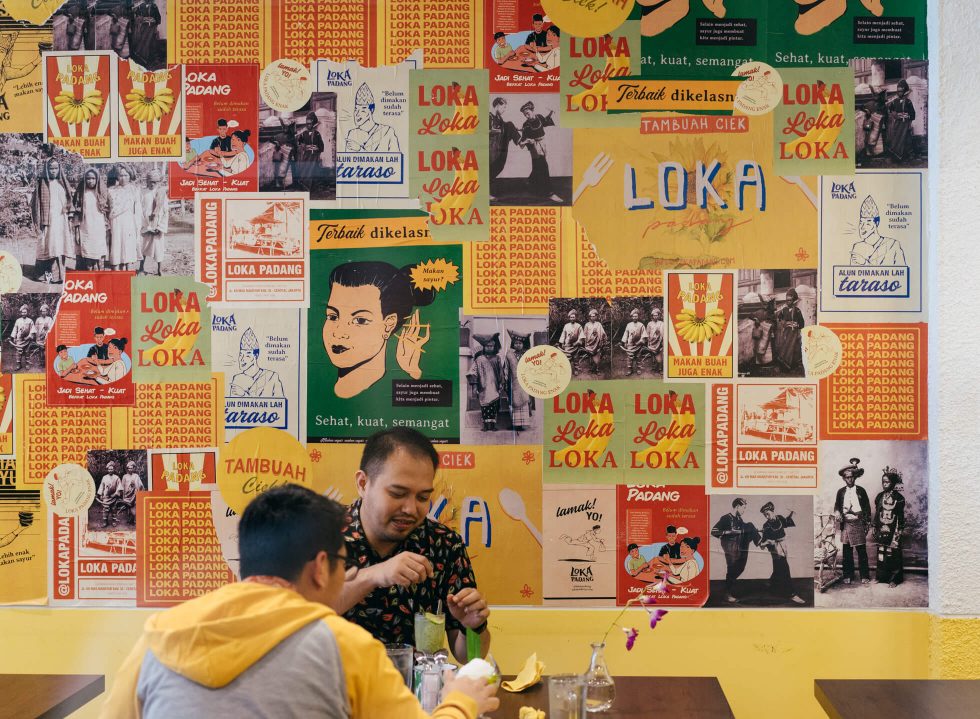 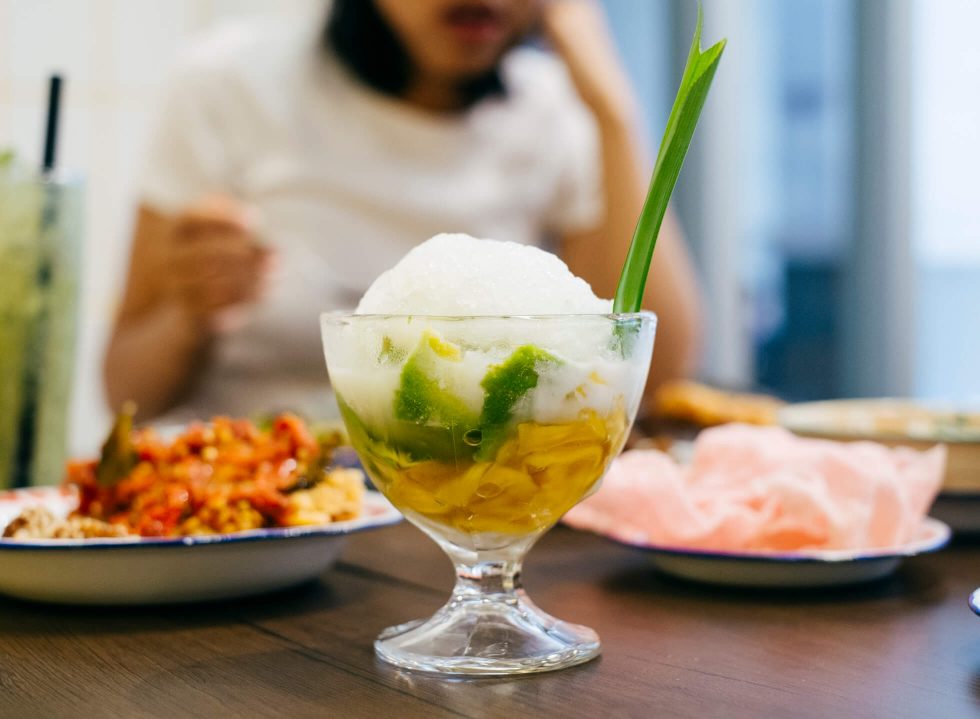 In the F&B’s current flow for vegetarian alternatives, Minang food seems to attract the most exploration. The popularity of vegetarian nasi Padang has been chirping here and there. Case in point, the scene sees establishments like Loka Padang that whip up Minang cuisine in its plant-based rendition without leaving behind the flavours that make it special.

As an eatery that serves up traditional cuisine and co-owned by Talita Setyadi of BEAU, Loka Padang’s palette won’t deceive. Though, they’ve taken it a notch further by recreating Minang food into vegan-friendly dishes. Unlike vegetarianism that omits animal meat but may still use animal products, such as eggs and dairy, veganism completely relies on plant-based produces.

Therefore, Loka Padang does well in concocting Minang food with all of the delectable gusto, vegan-style. To wit, their Jamur Krispi Balado is a vegan ditto to the flavoursome dendeng balado by substituting the thin-sliced dried meat with crispy mushroom. Their Rendang omits meat for potatoes and the Gulai uses either mushroom or unripe jackfruit. To emulate the creaminess of these dishes, Loka Padang goes all out with the coconut milk. Have the plateful with white or red rice with a side of sambal ijo. Though, mind the missing jolting spiciness you’d typically find in regular Padang eateries: the restaurant kindly tones down the spicy so that anyone can enjoy.

To end your meal on a high note, Loka’s Es Teler (traditional shaved ice fruit cocktail) is a must. Or, one can always stay refreshed with the Es Timun Loka (cucumber cocktail).

Although veganism in Jakarta has not reached the popularity of vegetarianism yet, it doesn’t stop the eatery from receiving a steady flow of crowds, especially those from the nearby university campus in Sudirman Park, to indulge on Loka’s vegan fare in a youthful and bright poster-filled venue. Still, the patrons can easily go from students to white collars during lunch break.

Minang cuisine is gradually getting its vegetarian/vegan treatment without deceit thanks to eateries like Loka Padang. Which traditional local cuisine shall undergo the same venture next shall be anyone’s guess. But for now, one can always indulge on their vegan nasi Padang at Loka Padang. 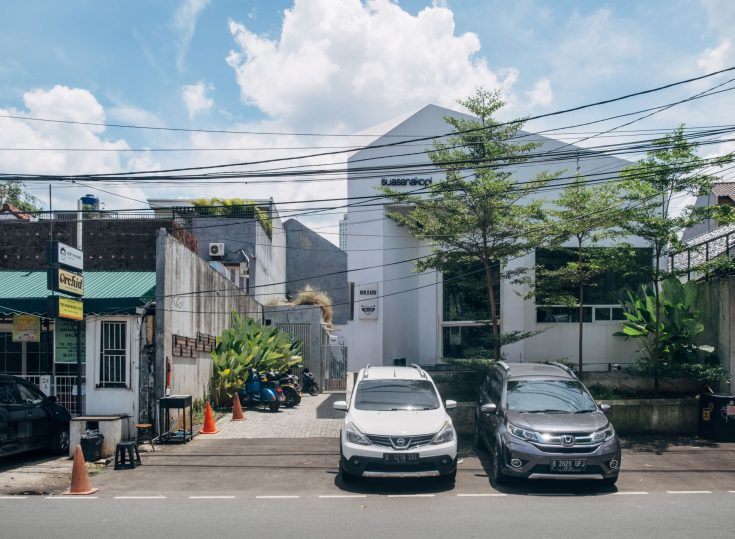 Patrons can choose their own scene at Suasanakopi’s flagship in Gandaria, where unique corners, delectable offerings and a community-driven space click to weave an environment that embraces everyone. 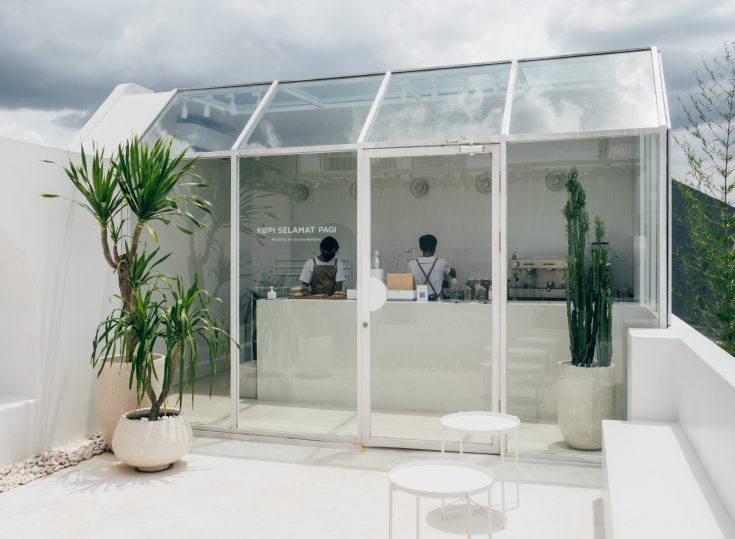 Kopi Selamat Pagi has slowly settled into a second home in Tomang that is nestled not too far from their precursor Guten Morgen, further equipped with a coffee-to-go concept in a sunny, breezy rooftop space. 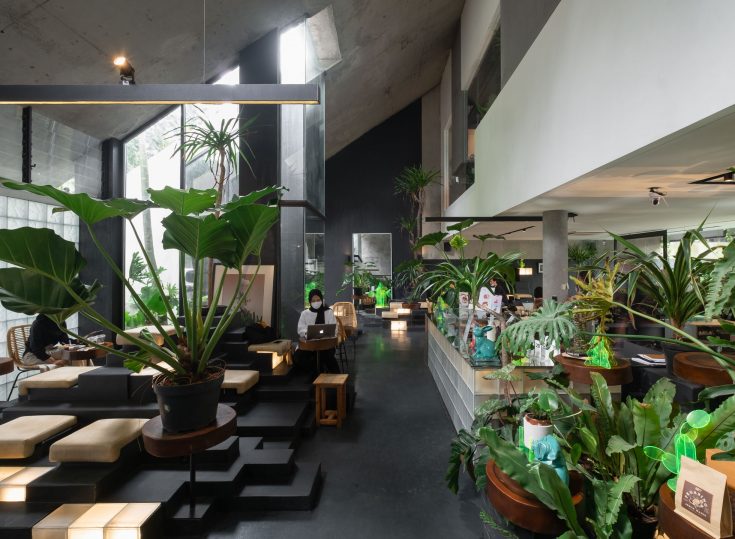 As One with TANATAP Artisan

Deep in the Meruya neighbourhood, TANATAP Artisan is a gathering space that is mindfully designed to accommodate people’s way of socialising in the new climate, drawing patrons with its micro-tropical concept along with their pleasant coffee and light pastries. 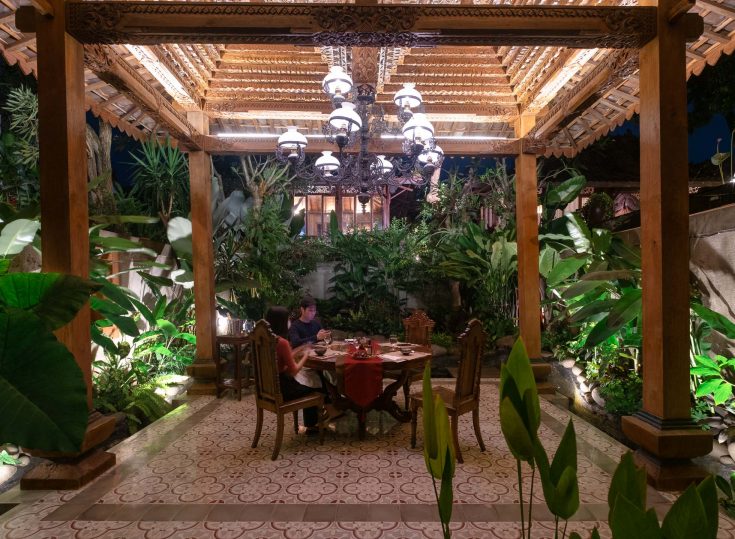 Geya in Bintaro flaunts its private dining home of traditional Javanese flair, with set menus that embrace Indonesian Japanese cuisine and an outdoor environment that pampers the senses. 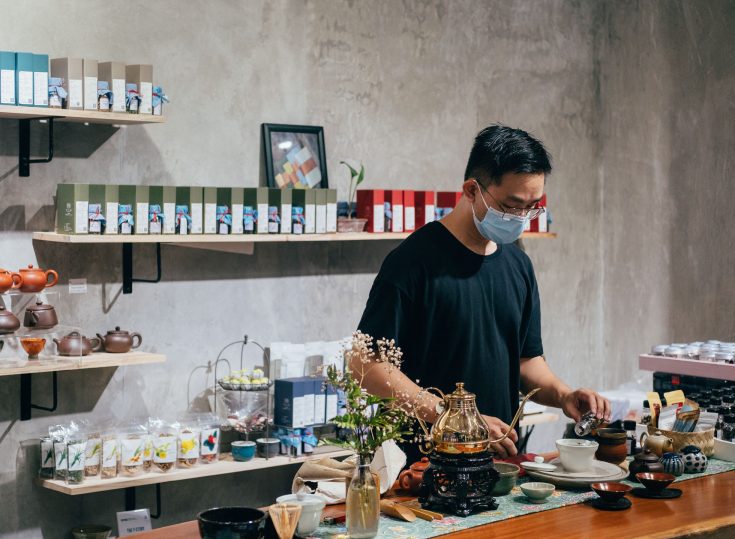 The Pieces of Peace in a Teapot

In a little tea saloon, Pieces of Peace is bringing the dimming popularity of tea culture out of the shadows to present it in classic traditions and modern creative takes that will intrigue patrons into the discovery of the world of tea. 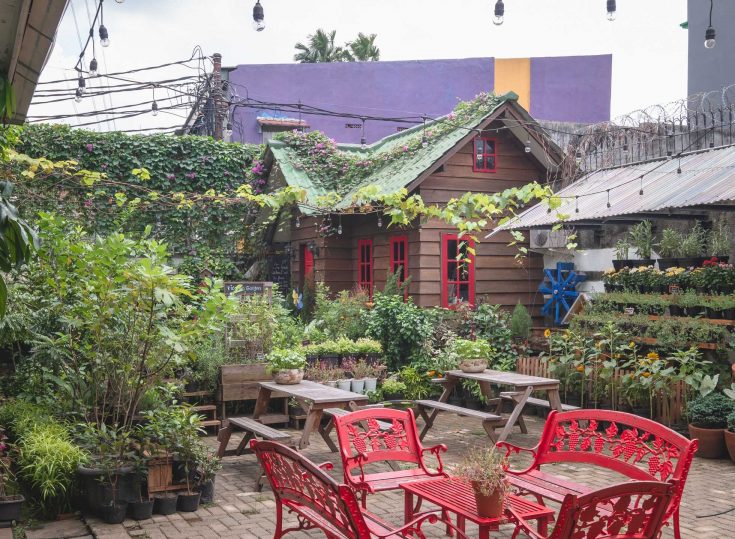 From Mandira’s Garden to Table

In Mandira’s Garden, a nursery slash homespun eatery in Kemang Timur, everything served on the dining table sprung from their own seasonal harvest, flaunting a simple farm-to-table experience as well as wholesome goods at their petite grocery shop.