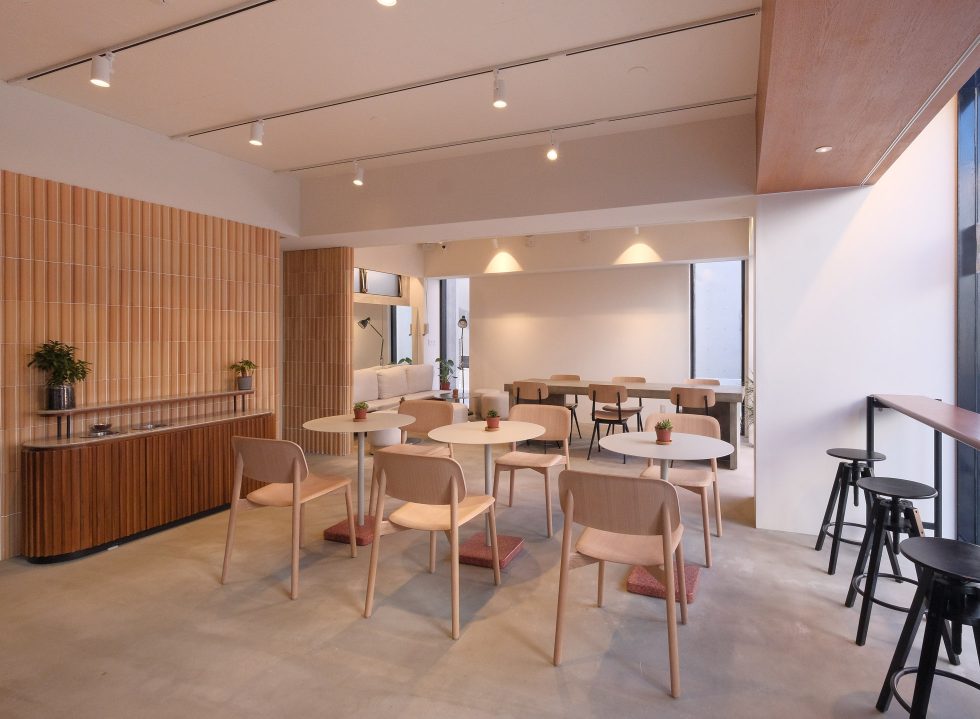 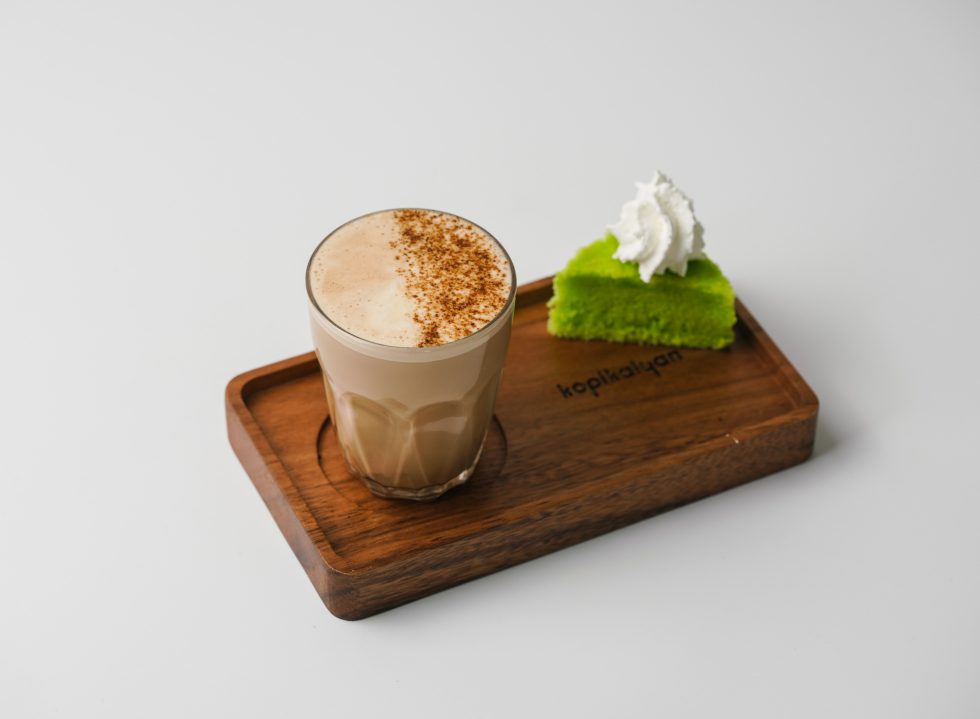 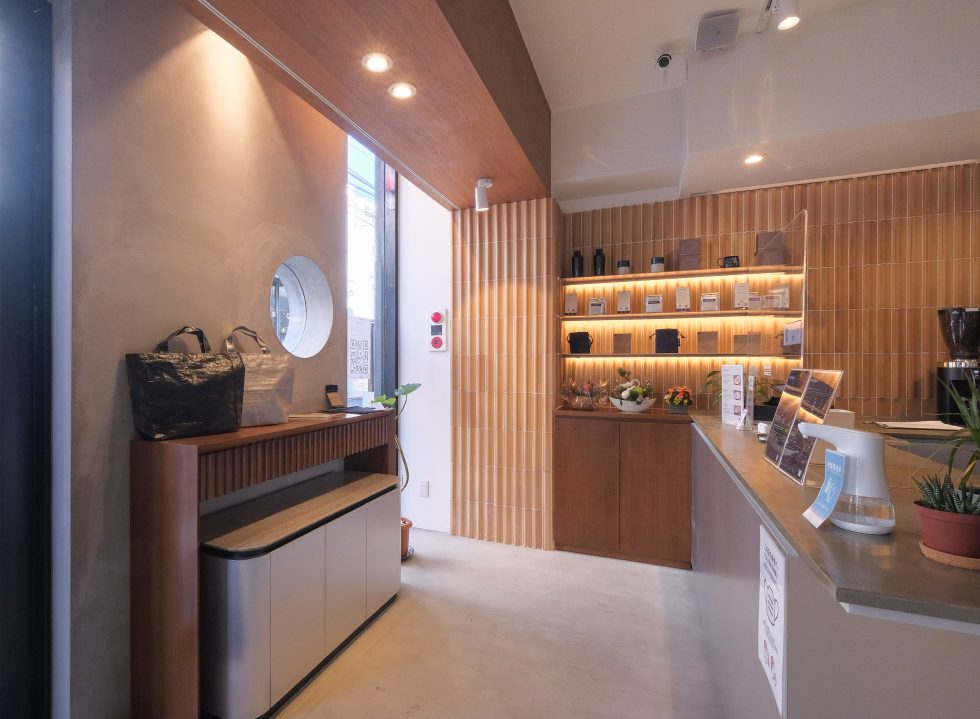 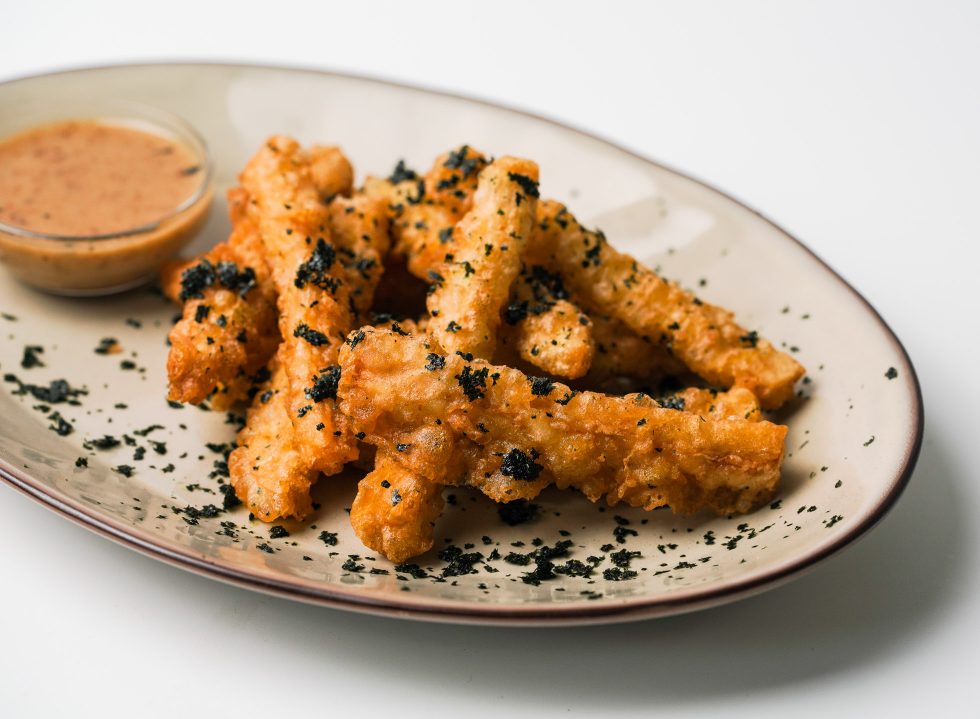 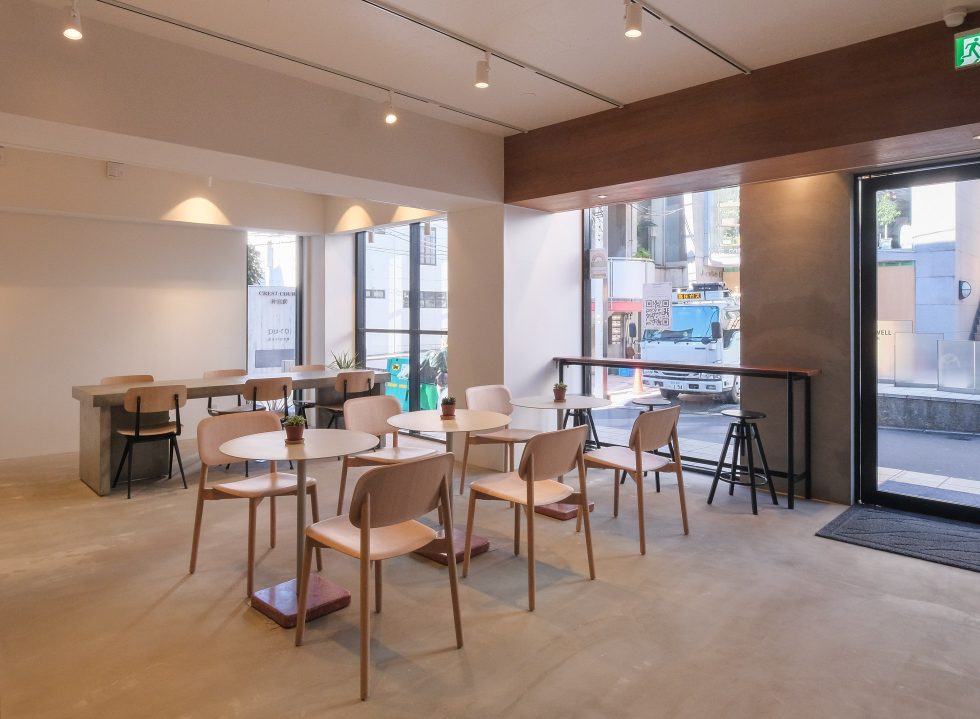 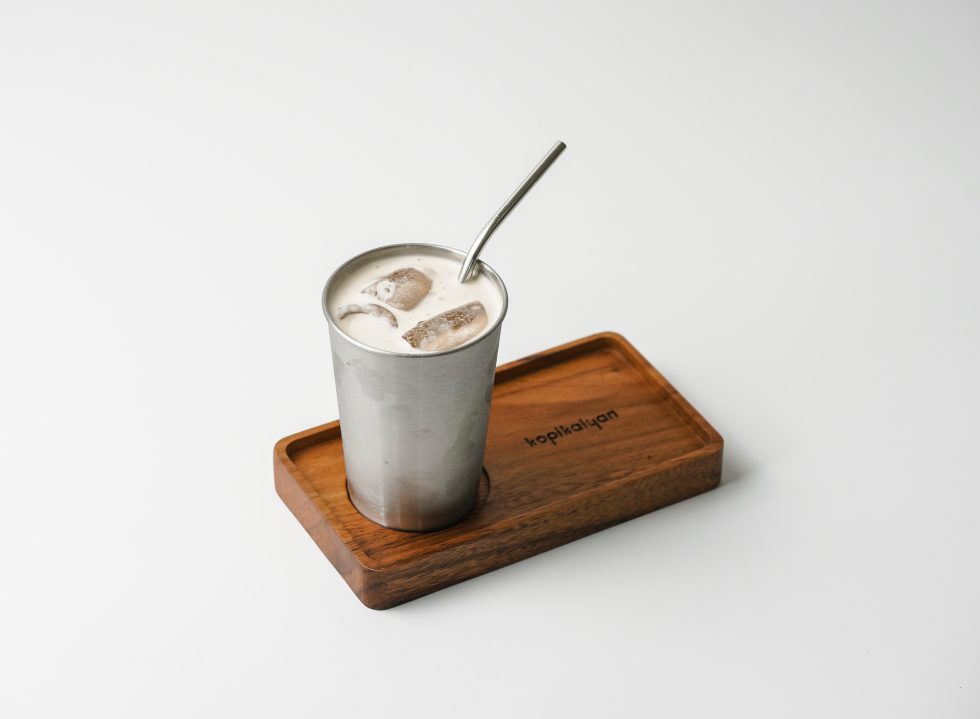 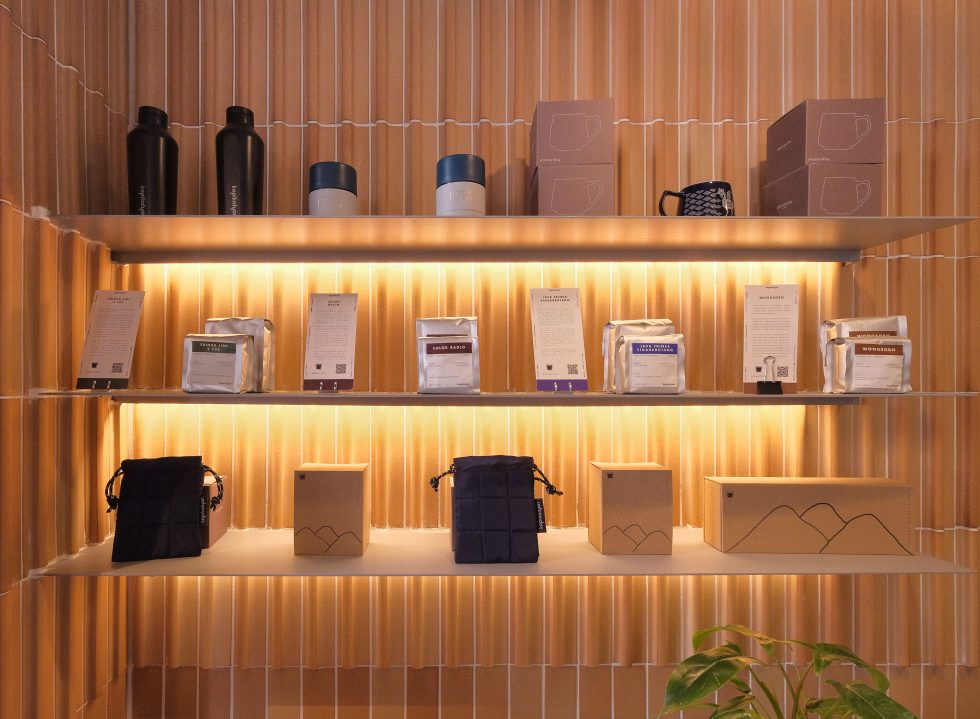 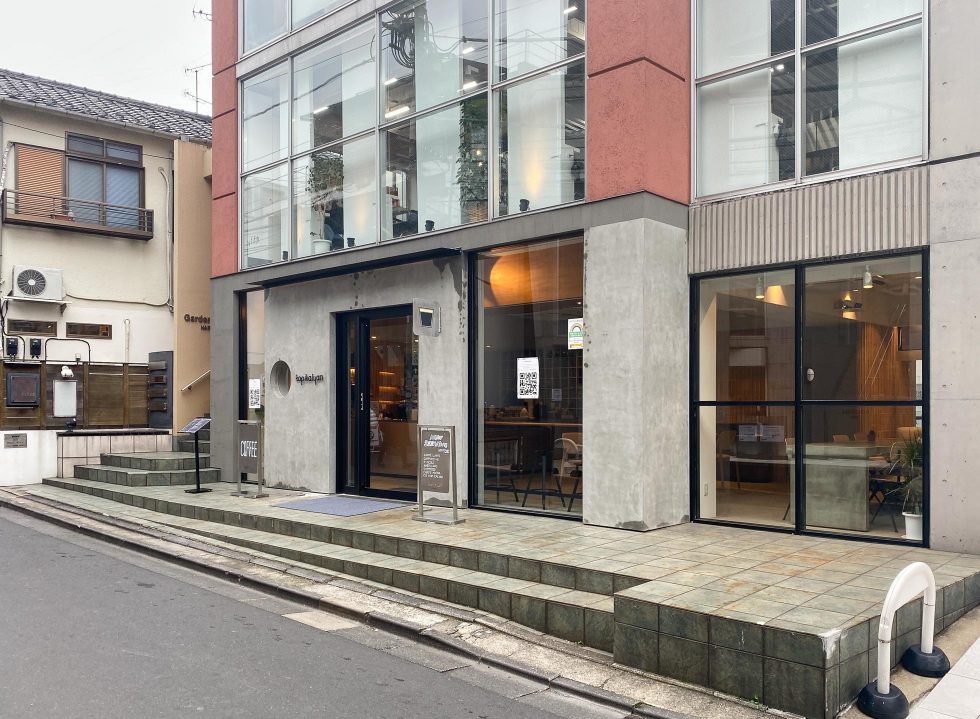 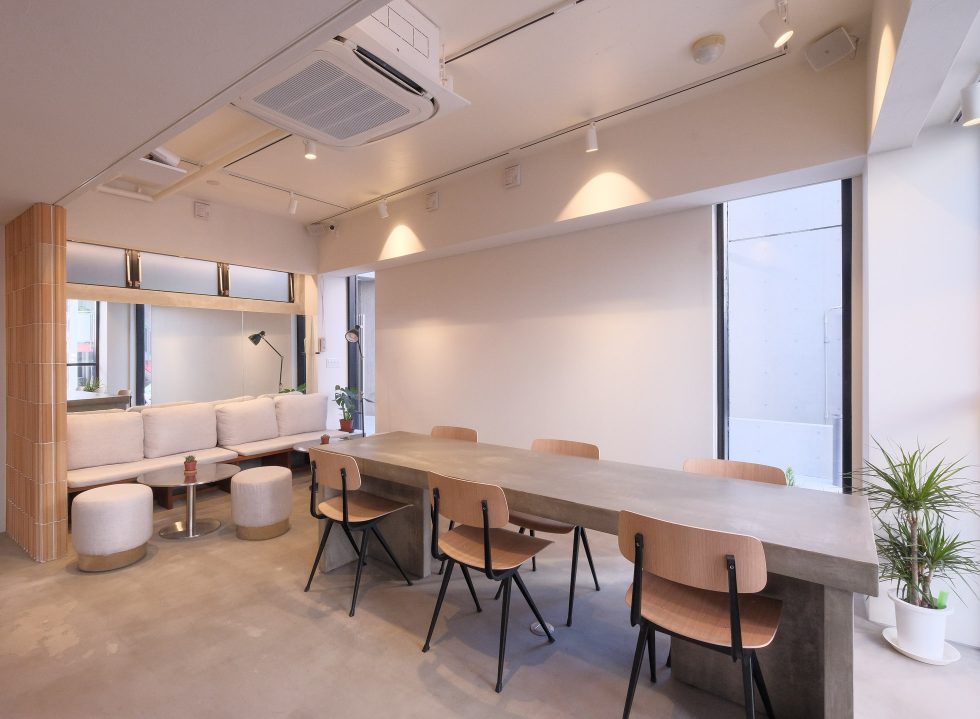 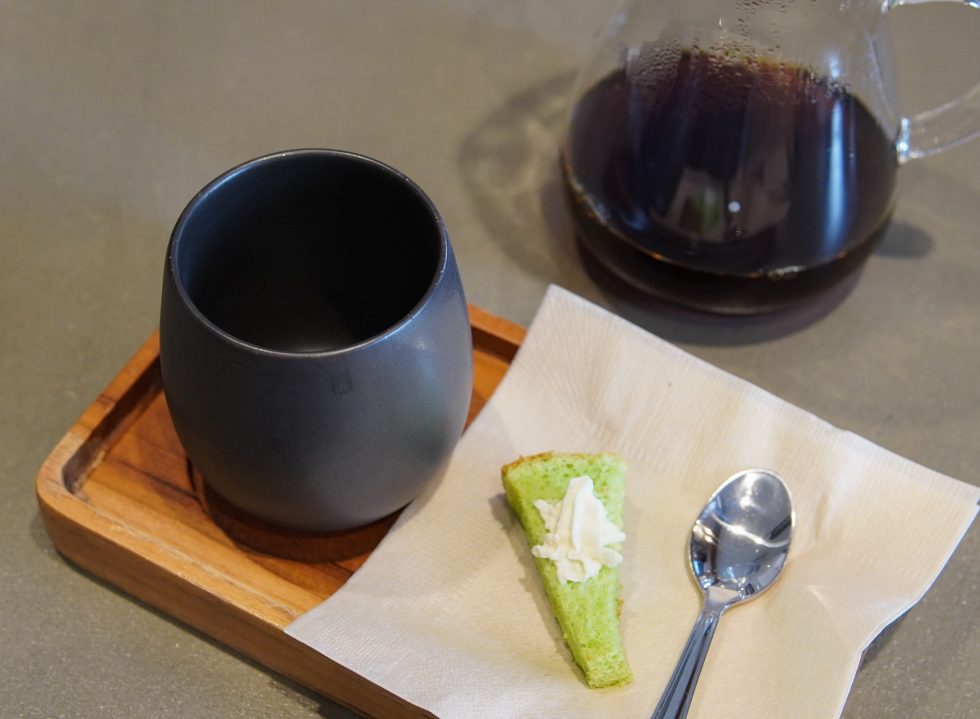 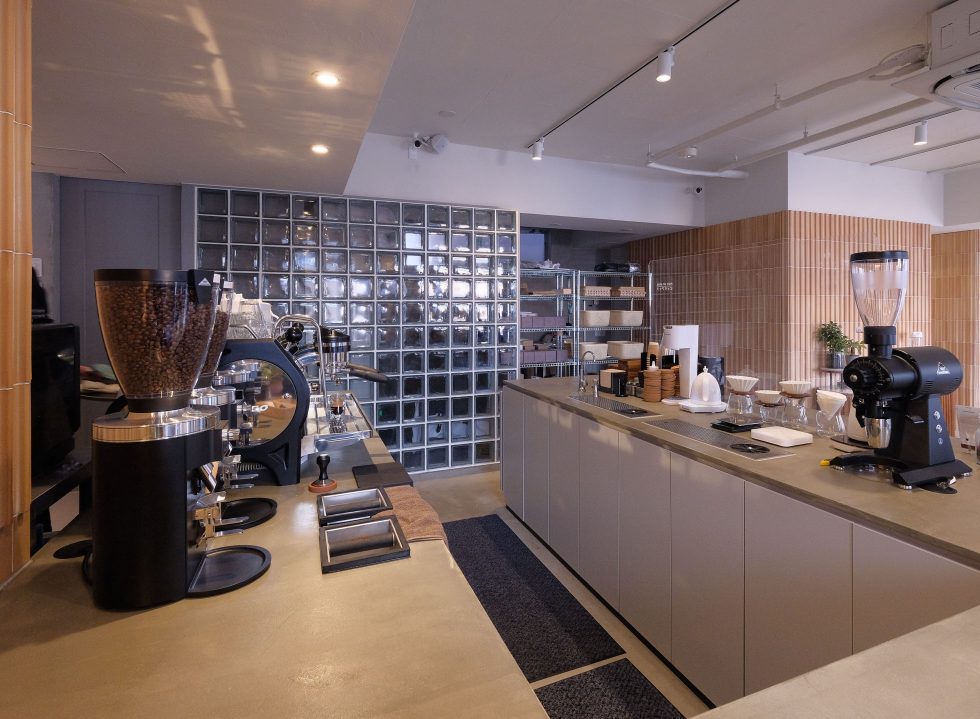 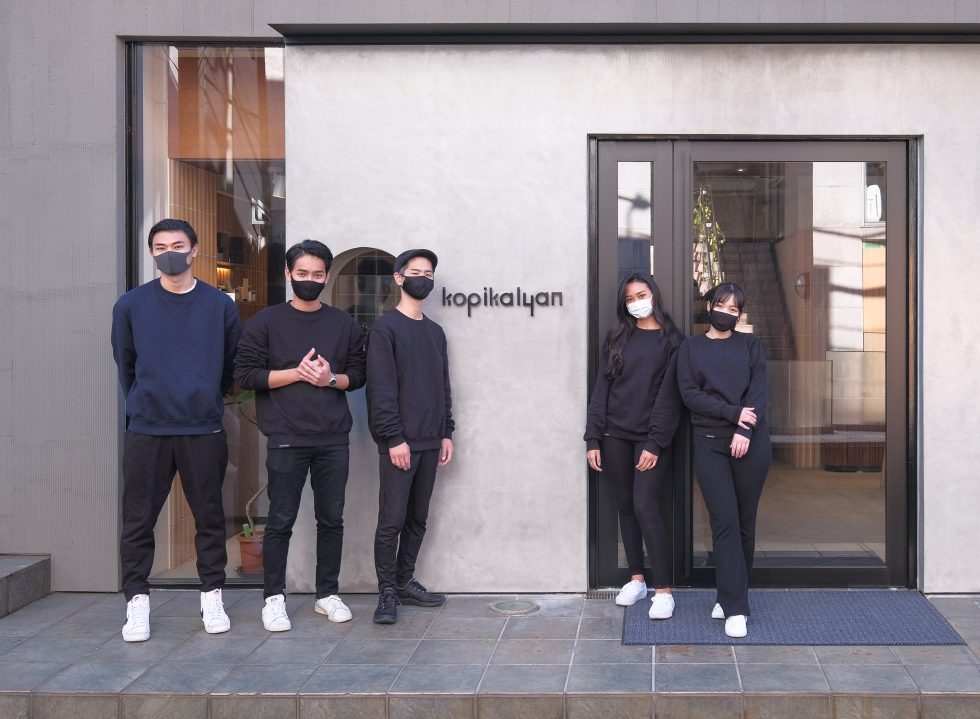 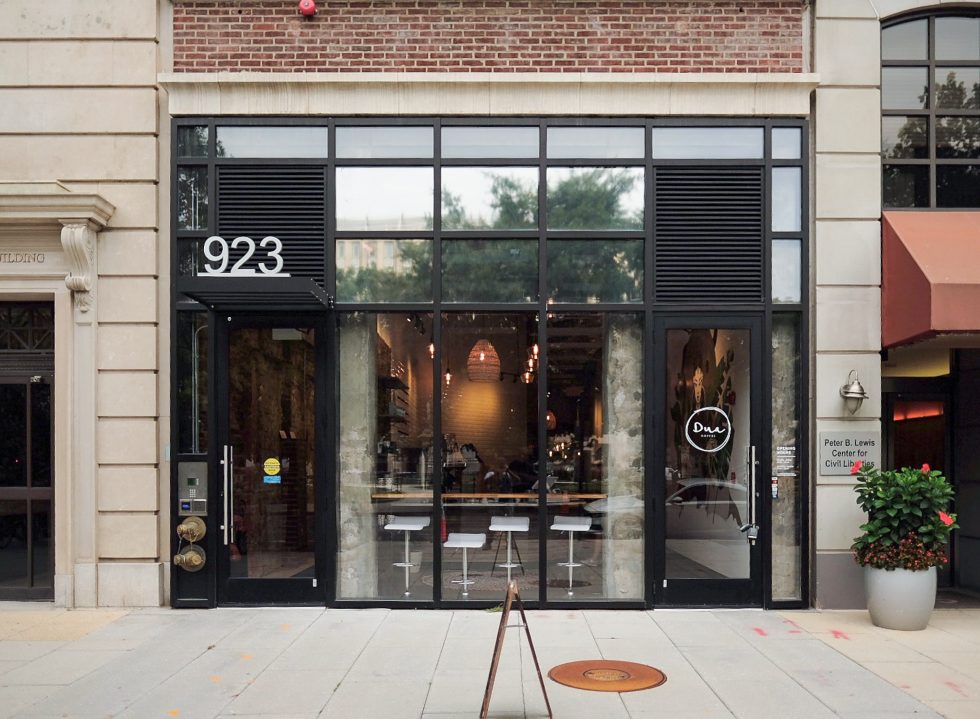 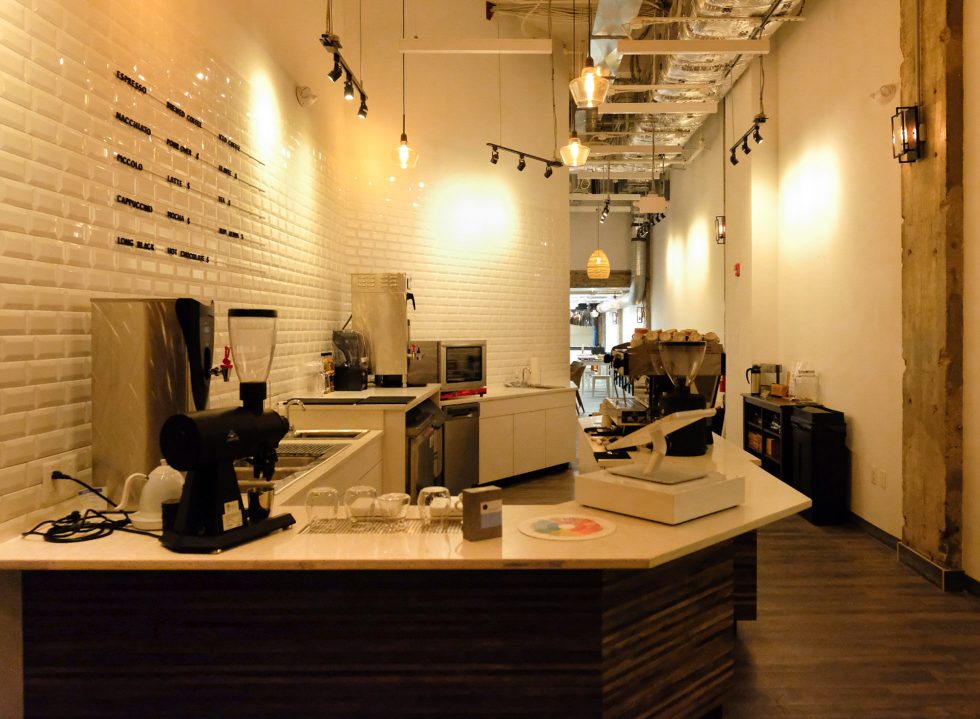 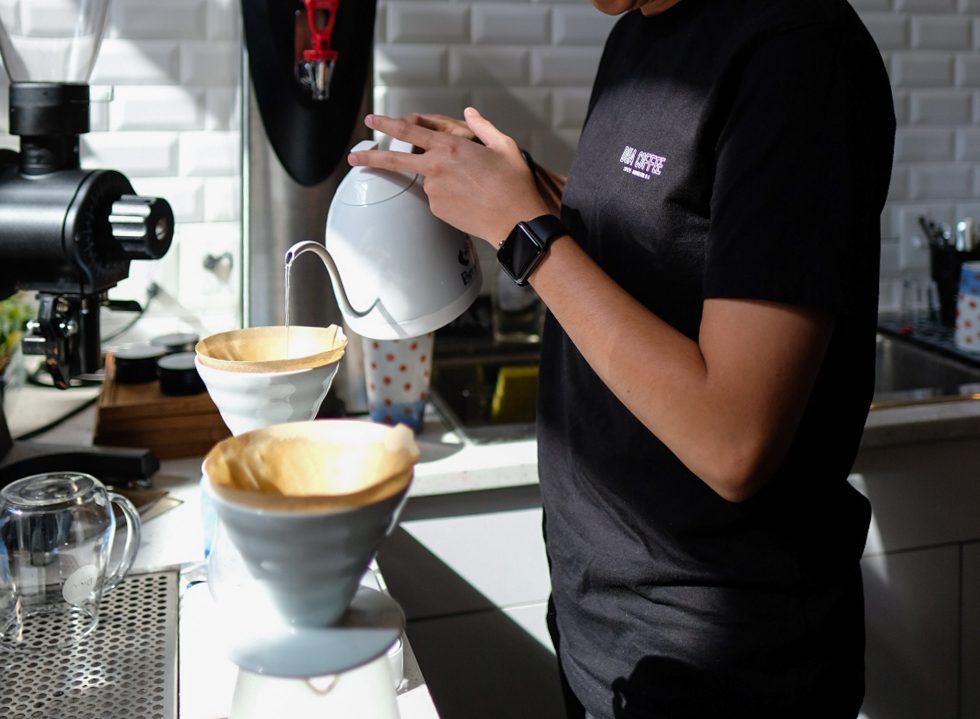 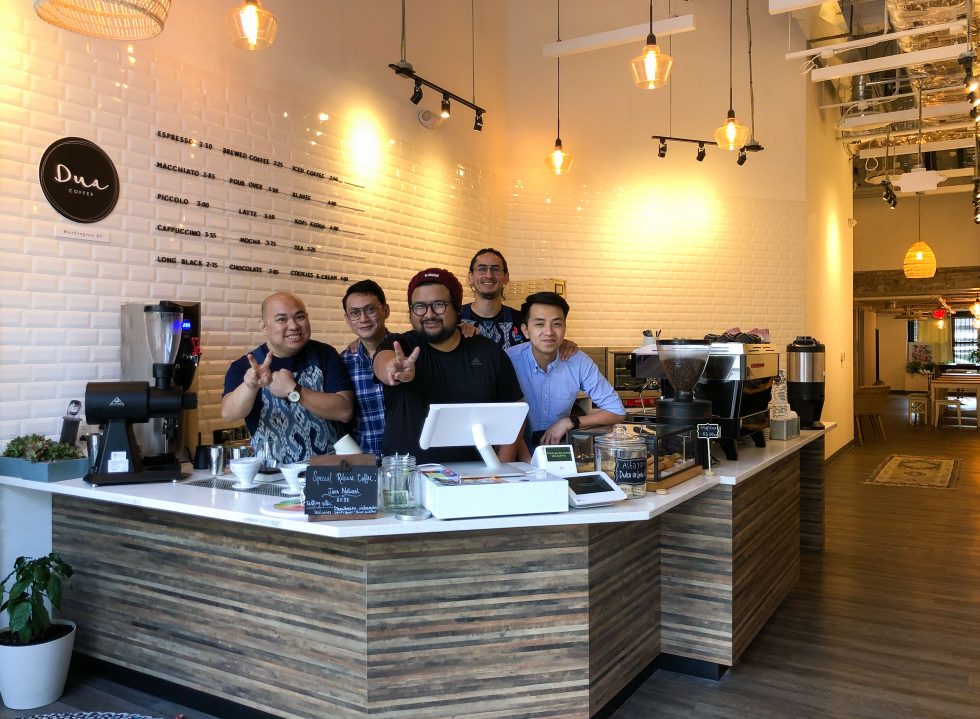 Cindy Julia Tobing
Share
Kopikalyan opens in Japan, joining other homegrown coffee brands who have set foothold overseas with the same mission in mind: to bring Indonesian coffee onto the world’s stage.

Indonesia’s coffee belt is kind of a hallmark of its own. Not to mention, being one of the largest coffee-producing countries in the world is a pride that should be taken with certain regard. In embracing this part of Indonesian riches, local speciality coffee shops have taken the plunge to introduce the nation’s locally-sourced beans along with its journey abroad. The latest one to do so is Kopikalyan, who opened their first overseas branch in the ever-buzzing Tokyo, Japan.

Set on the first floor of Tokyo Garden Square Harajuku, just minutes away from the prime neighbourhood of Omotesandō, Kopikalyan officially opened its doors last December. The shop is designed to tie in nicely with the neighbourhood’s modern surroundings that line upscale boutiques and bars to restaurant joints like Luke’s Lobsters and Bills. Much like Kalyan’s Jakarta outlets in Barito and Cikajang, the same impression flows in the Tokyo hub: clean interiors dominated with terracotta tiles and glass block walls, set with a communal table and an open coffee bar, while the team of baristas proudly don aprons by local fashion brand Sejauh Mata Memandang. The crowd also gathers quite a mix, from white-collars around the area and Indonesian expatriates to coffee aficionados.

The thought to expand dawned on when the Kalyan team came across overseas brands with the likes of California’s Blue Bottle Coffee, Oslo’s Fuglen and New Zealand’s Allpress Espresso during their many visits to the Japanese capital in 2019. At the time, Kalyan was working with ORIGAMI, a Japanese company who manufactures high-quality ceramic cups, latte bowls and drippers, as their official distributor in Indonesia.

“We realised how Japan has become not only a trend-setting nation for F&B but also a new coffee mecca,” said Putri Yulandari, co-founder of Kopikalyan. “But we also realised that none of these overseas coffee shops are from coffee-producing countries and that was when we were determined to open in Japan – we felt the need for a coffee-producing country [like Indonesia] to have its brand.”

The initial plan to open was June of last year, just in time for the now-postponed Tokyo Olympics. The pandemic hit when half of the preparations were already underway but they still went ahead despite travel bans and budget constraints. “In the beginning, we were also concerned about creating a business network as foreigners. Fortunately, we received a lot of help from our colleagues at Origami.”

From Jakarta to Tokyo, Kopikalyan hauls its signature brews like espresso drinks and selected drip coffee options to their non-coffee beverages with the likes of matcha and Indonesia-inspired herbal drinks. For food, the coffee shop also infuses Nusantara flavours with its servings of Crispy Tempeh Fries and Martabak Manis (Indonesian sweet pancakes). There’s also the Tokyo Houseblend, a creation made exclusively for the Japanese tastebuds with a darker roasting profile of Java Frinsa and Solok Radjo Beans.

The big surprise, however, was the local rave for Kalyan’s signature es kopi susu with organic Arenga palm sugar. “We were initially doubtful about serving Indonesian es kopi to the Japanese market because we were not sure how they’d react to sweetened coffee,” noted Putri. “However, we received much positive feedback and they even noticed the sugar we use tasted differently to the regular white sugar.”

Considering Japan’s noted coffee culture, the public’s response was bound to be astute. Upon opening, however, local enthusiasm and curiosity for Indonesian coffee marked excitement for what’s in store in the future. “Japanese people are surprisingly familiar with Indonesian beans and eager to know more about the origins behind them. They seemed to be interested in the fact that Indonesian coffee has a lot of varieties,” said Putri. As the situation begets, the plan forward is to focus on the local market and gain regular customers but collaborations with local and Indonesian brands are also on the agenda to further lift brand awareness.

Dua Coffee, who hit the news as one of the stores damaged during last year’s Black Lives Matter demonstration, started plans in 2018 when the brand was invited to The New York Times Travel Show as an exhibitor. “The enthusiasm was amazing, not only for the taste [of the coffee] but also for our story about Indonesian coffee,” recounted co-founder Omar Karim Prawiranegara on the experience. “After that, we decided to do a market study of New York City and Washington DC’s coffee scene. We were also blessed to have a local partner to begin our venture here.”

In the end, it’s DC’s life rhythm that won them over. Setting shop among embassies from around the world (and in fact, not too far from The White House) means a promising prospect to introduce Indonesian coffee to a sea of audience, especially with Dua’s mainstays such as Kopi Kedua (es kopi susu) and Klavee (espresso shots with coconut water and a slice of lemon) as their highlights. “Until now, the response is still amazing. People love the taste of our coffee, and also the storytelling behind the coffee we brew. Following the riot incident, many attention and support from the local people also helped us bounce back,” said Omar.

A different journey takes on for these respective homegrown brands. Yet, as cultural ambassadors to the country, the seed to sow is rooted in the same mission: to bring Indonesian coffee and introduce its story onto the world’s stage. It takes a village to achieve a lasting impact, and with local household names setting foothold overseas, it’s only a matter of time before the footprint of Indonesian coffee cemented itself.