In The Kitchen with Ramon Medina - Manual Jakarta 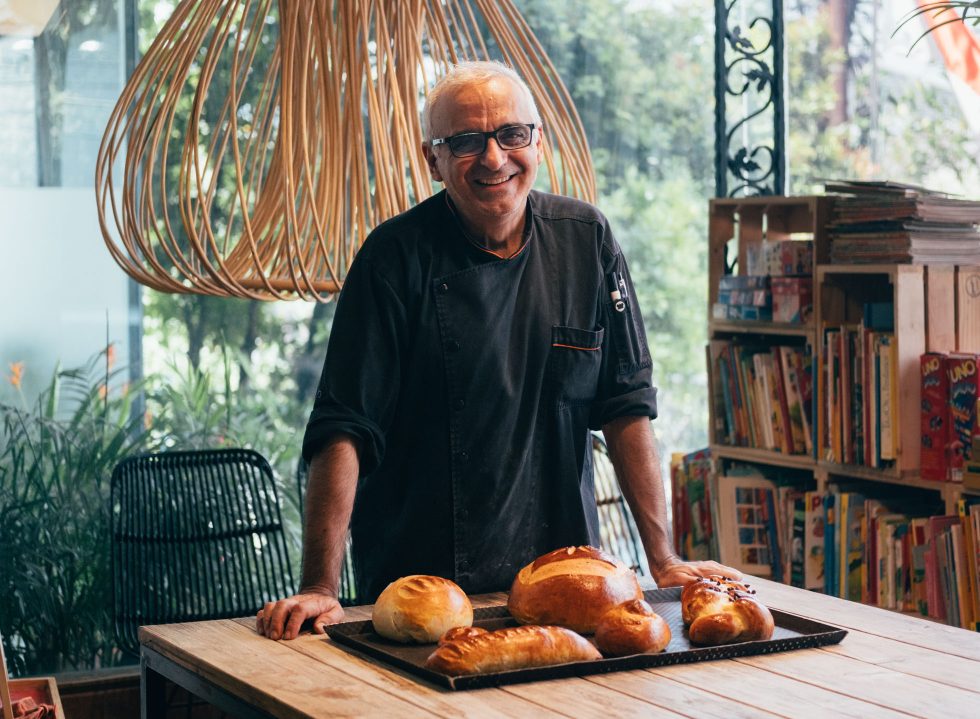 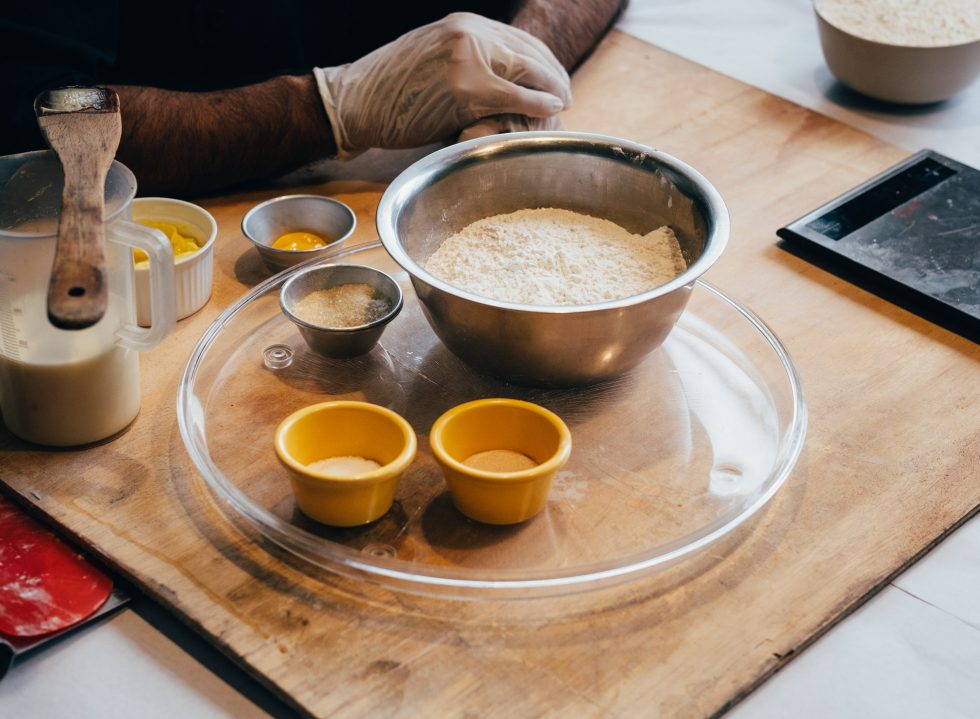 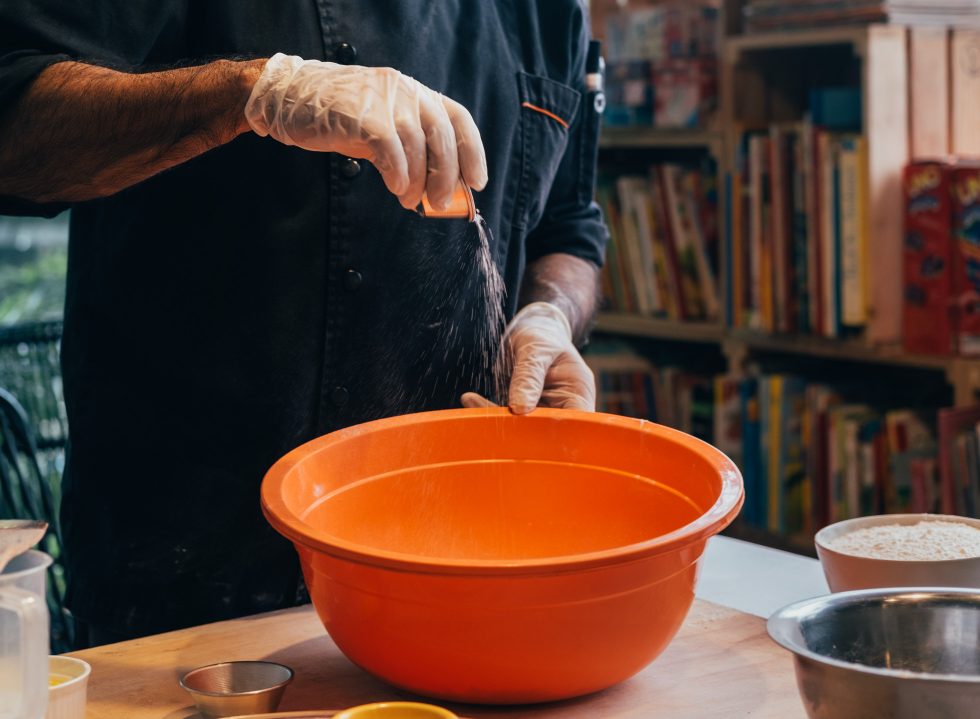 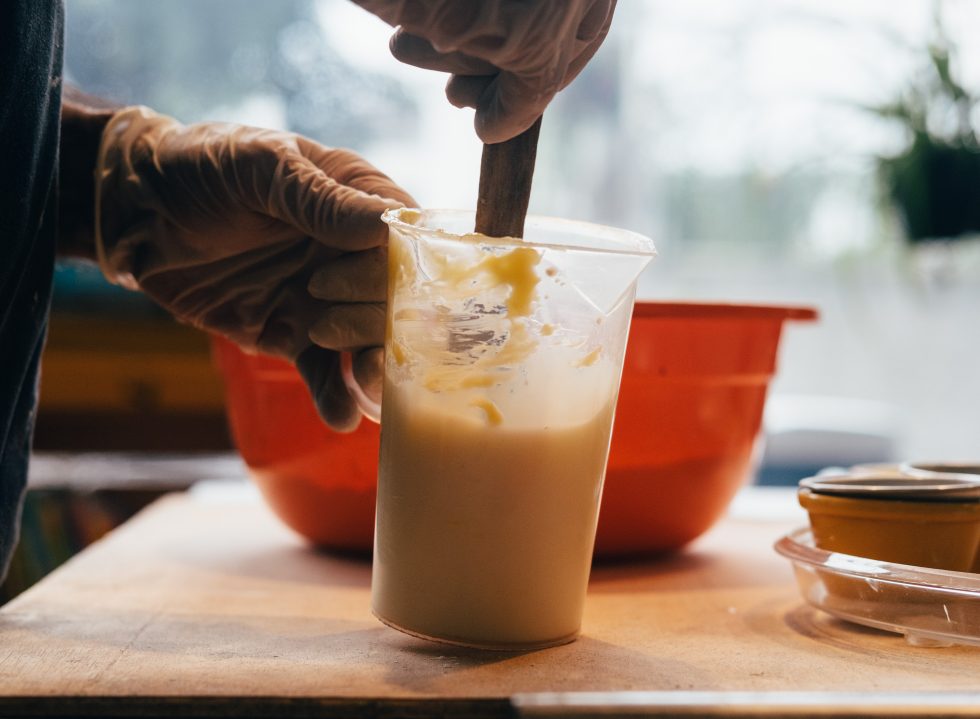 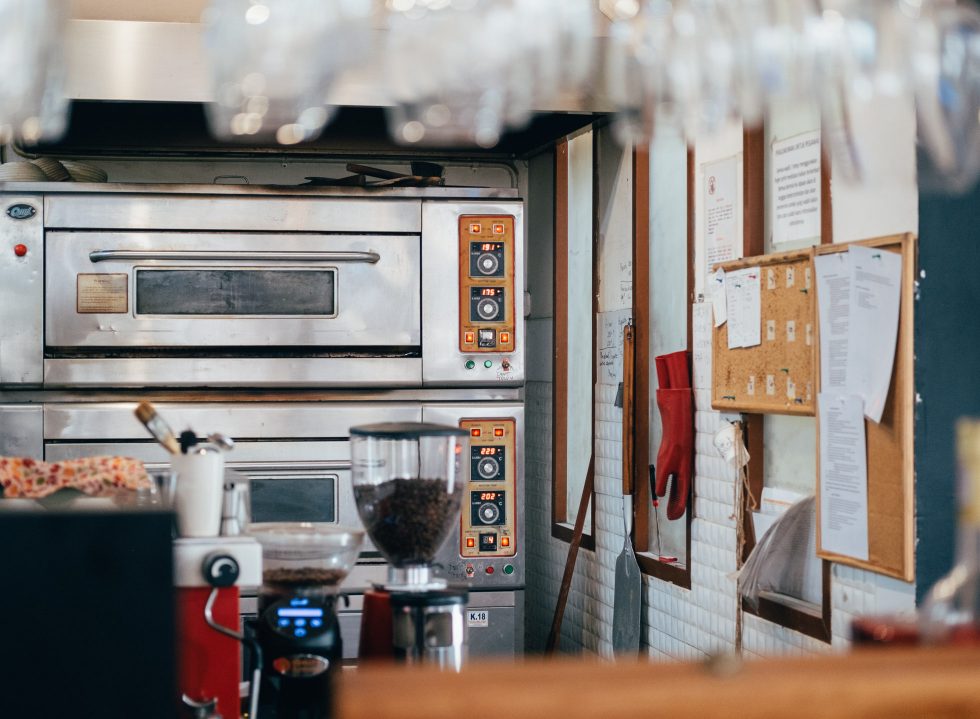 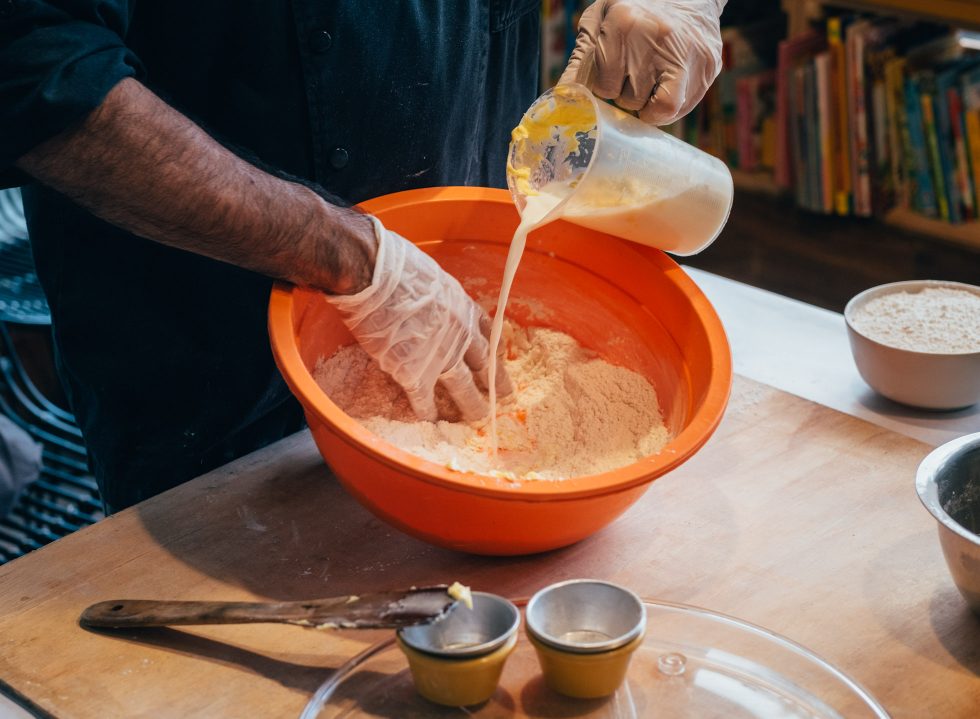 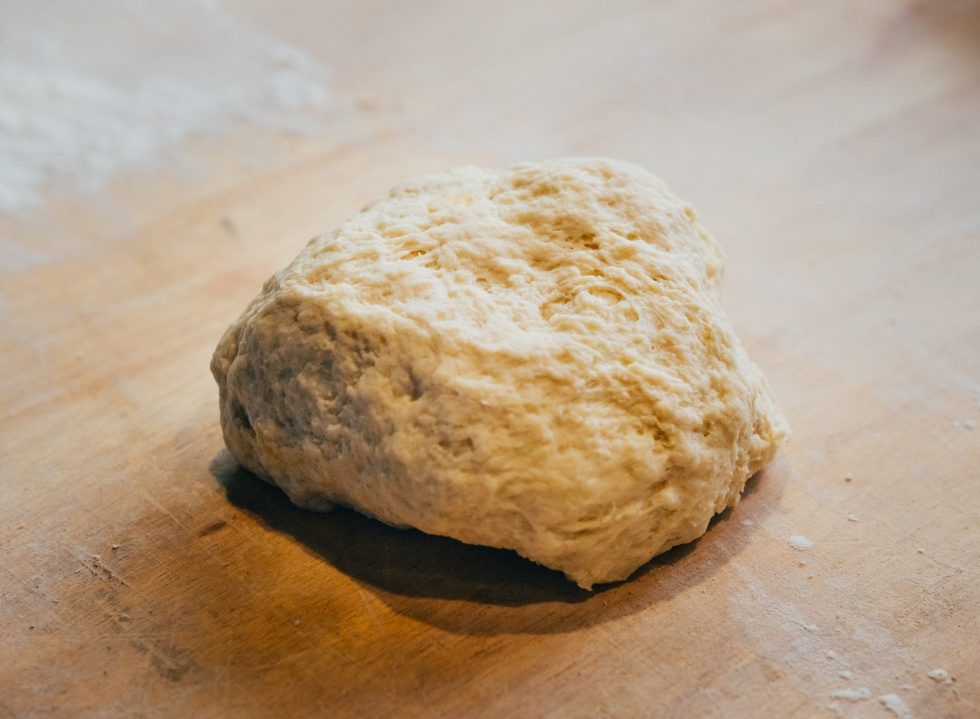 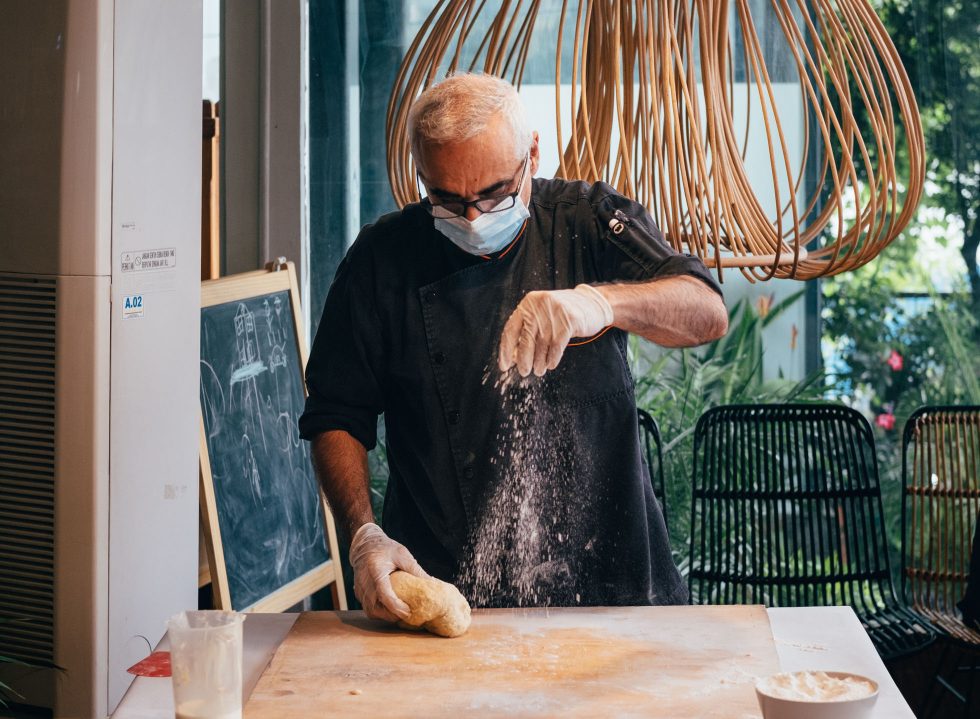 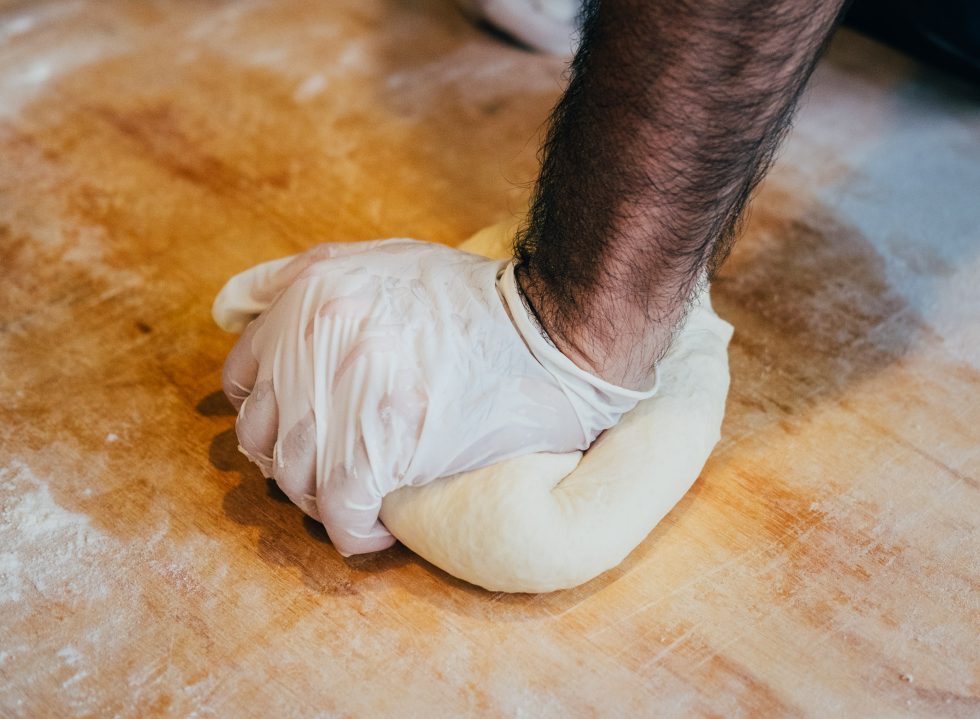 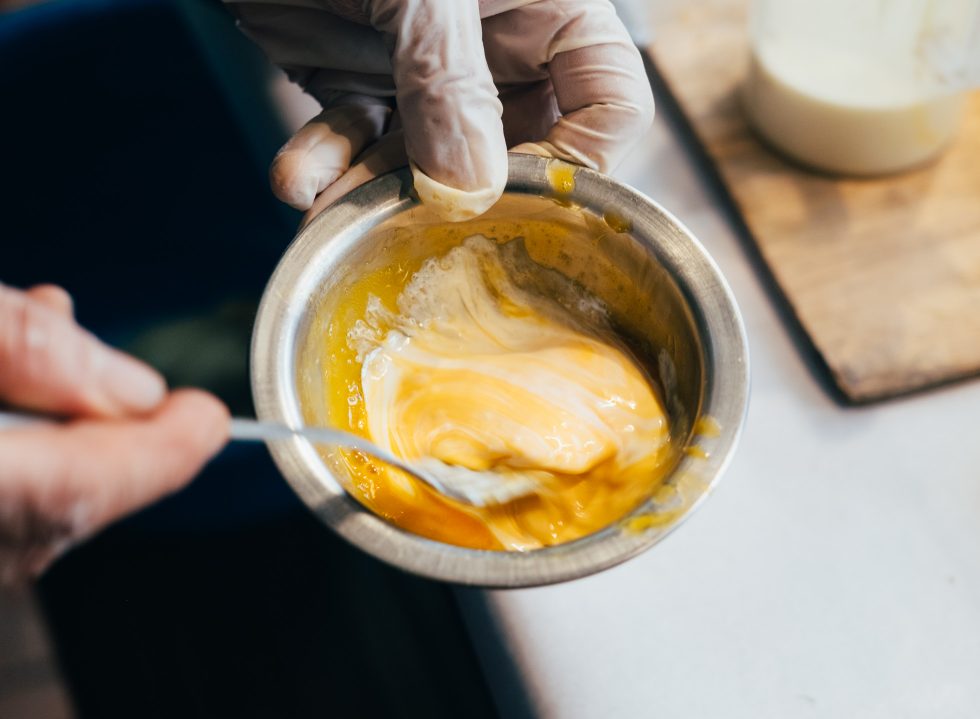 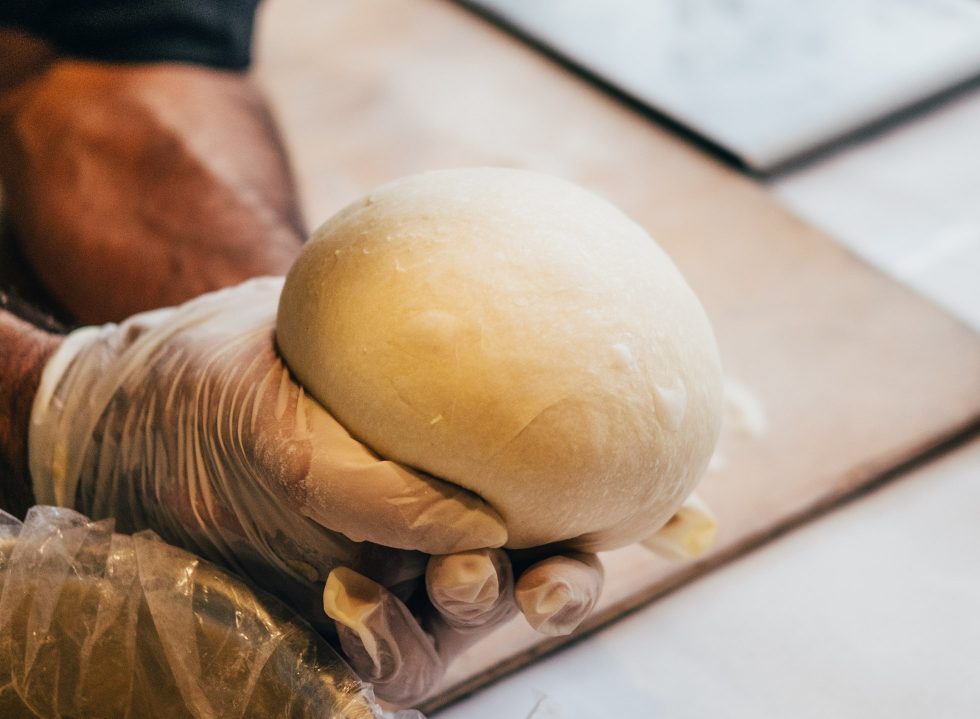 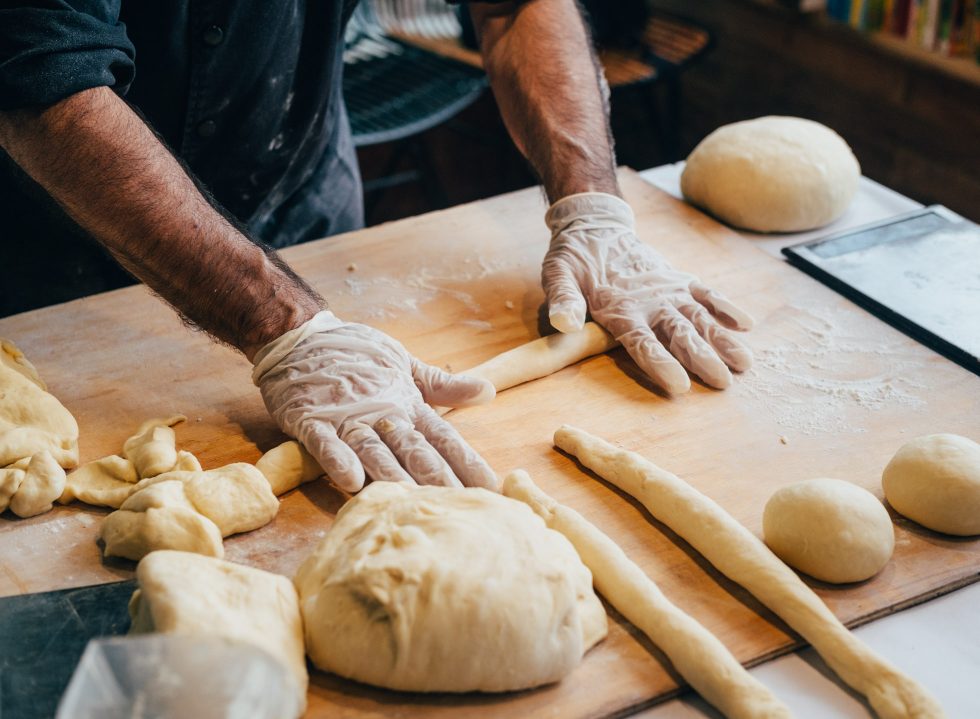 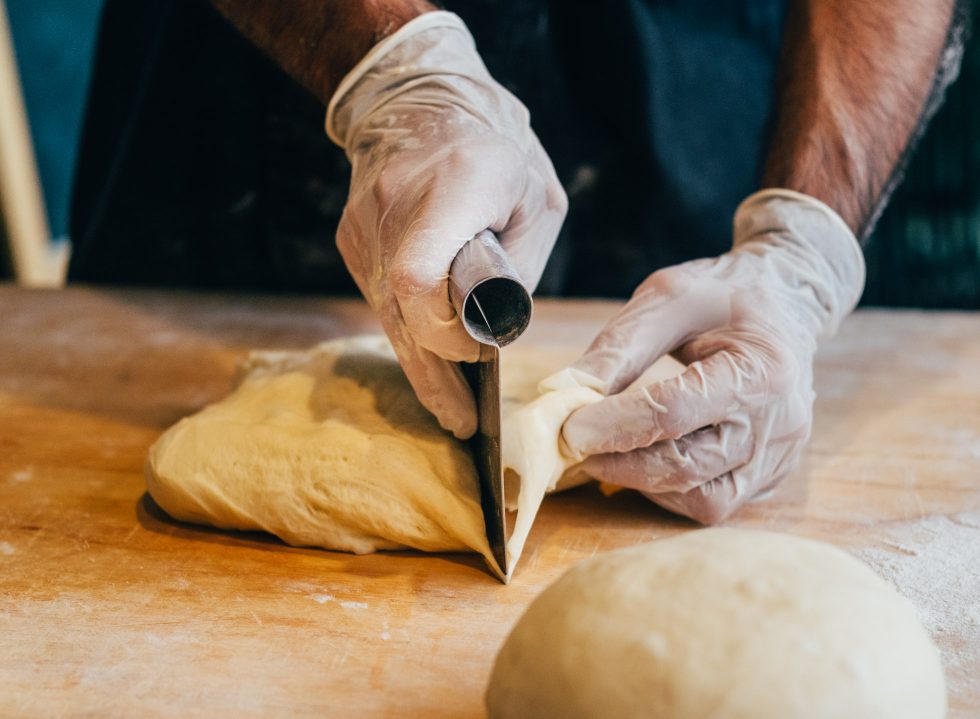 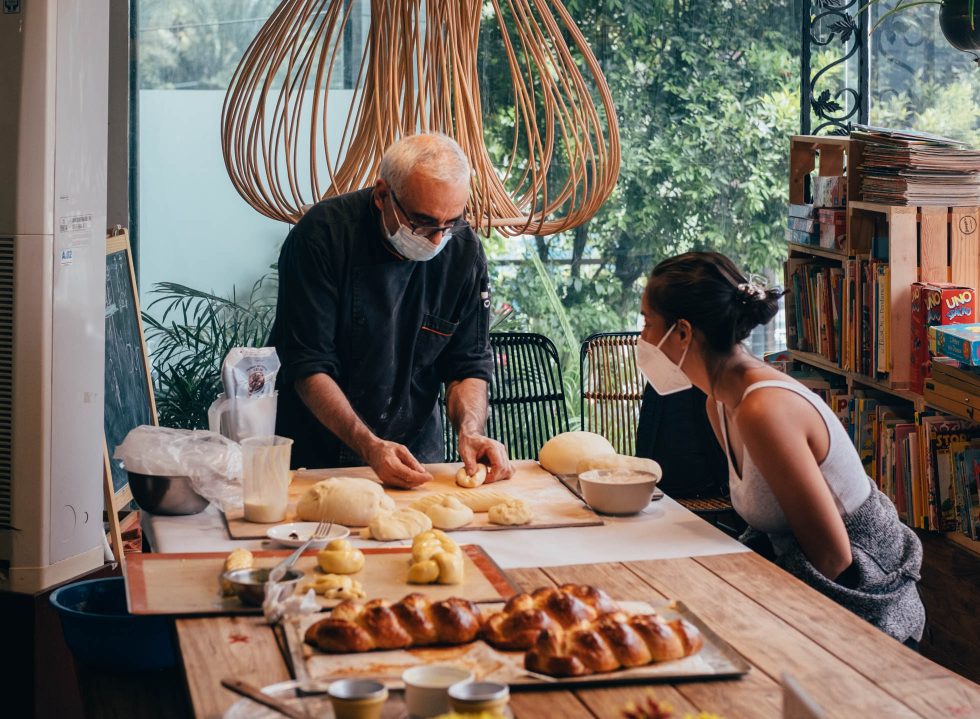 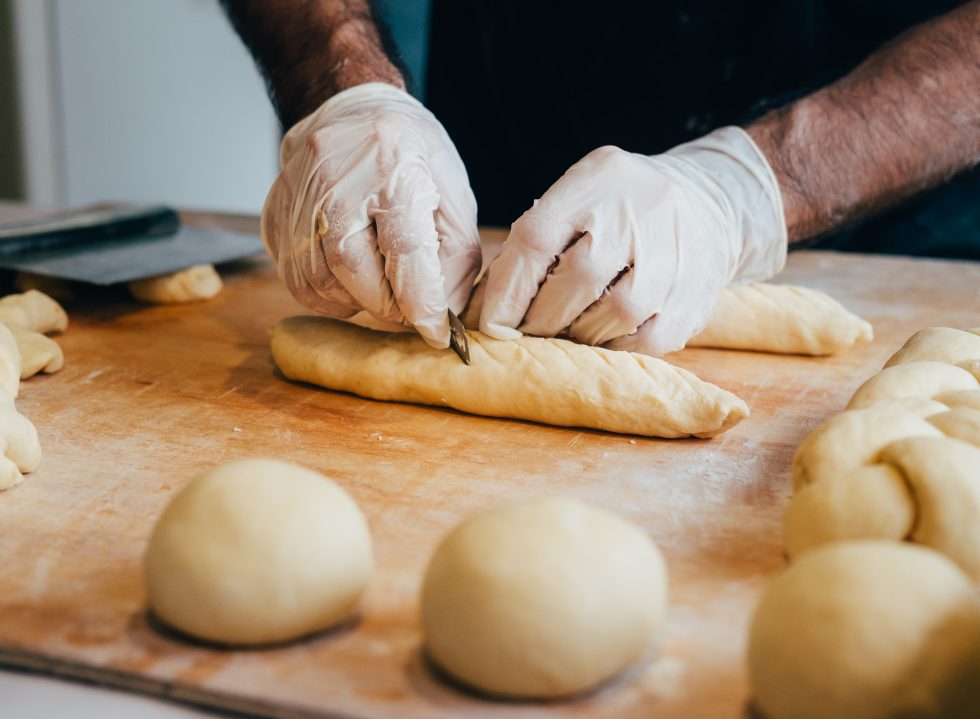 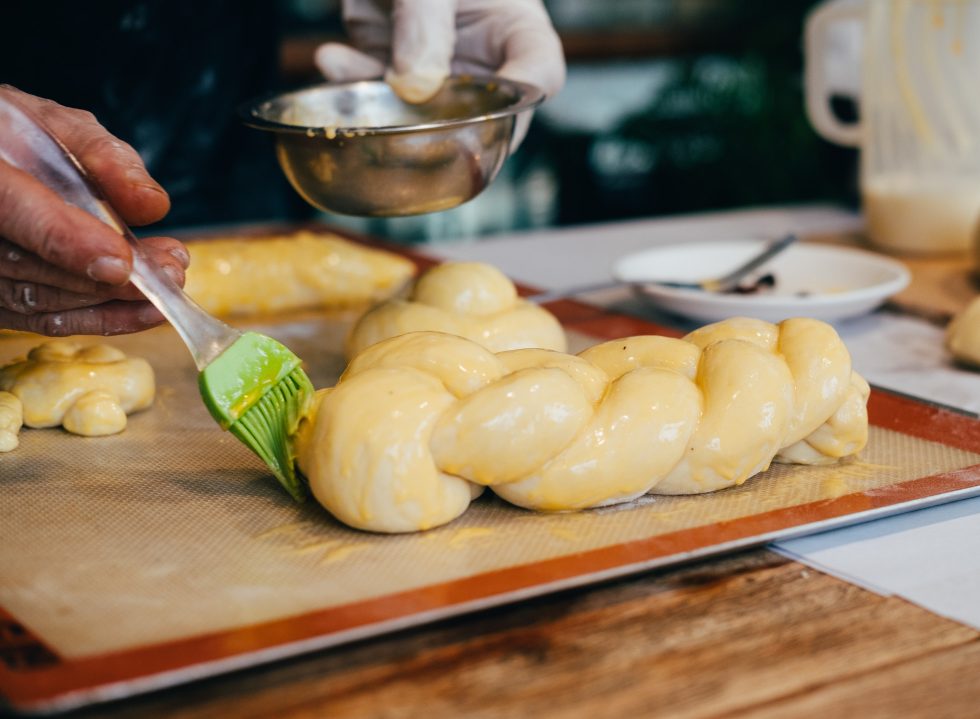 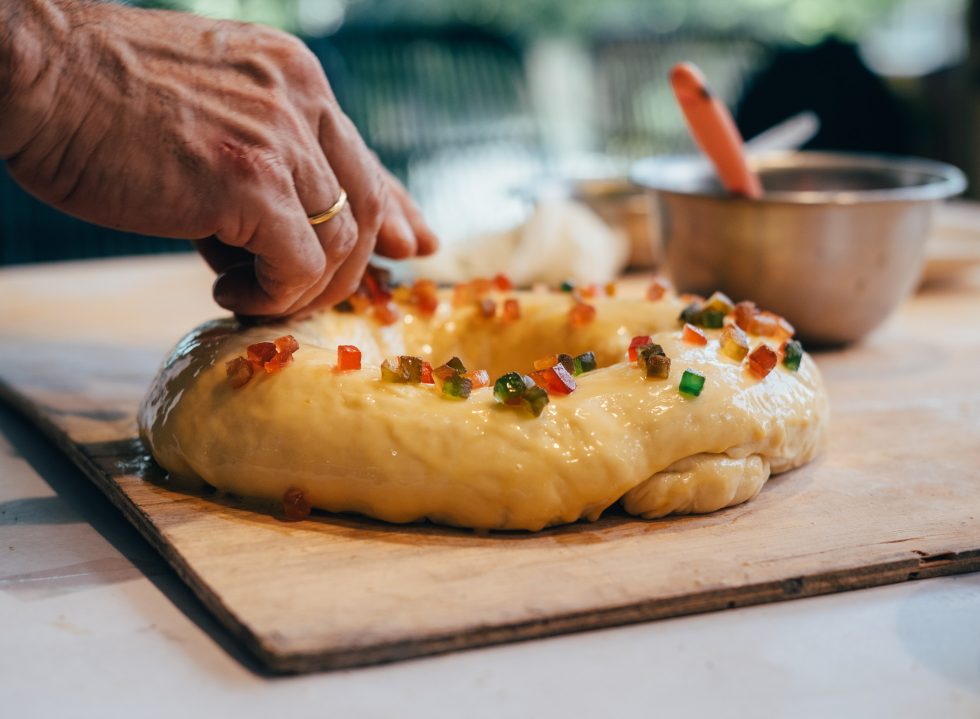 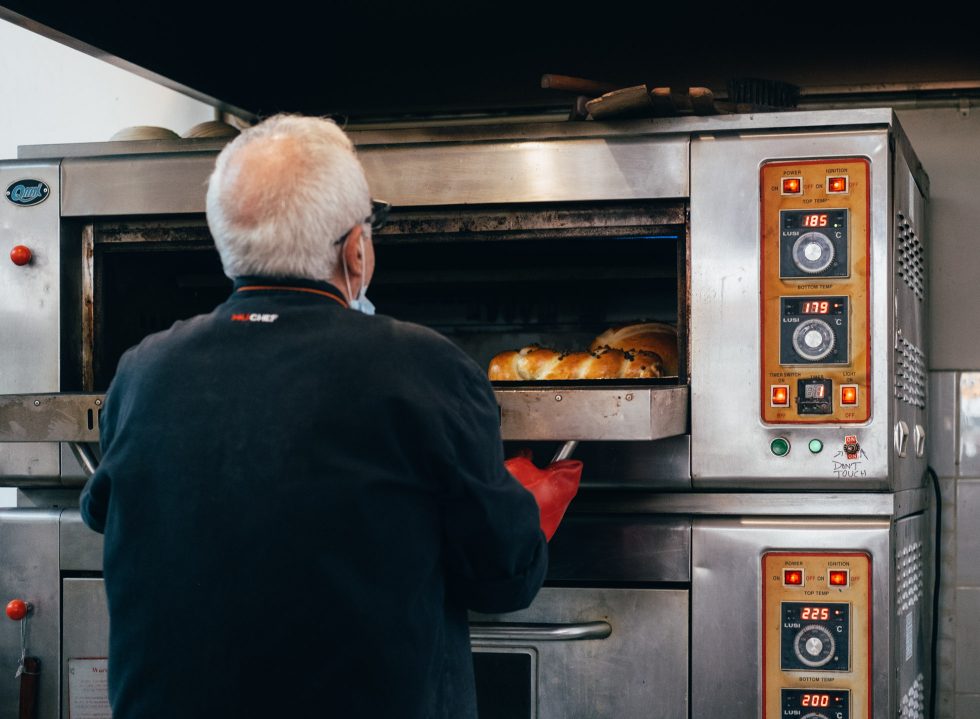 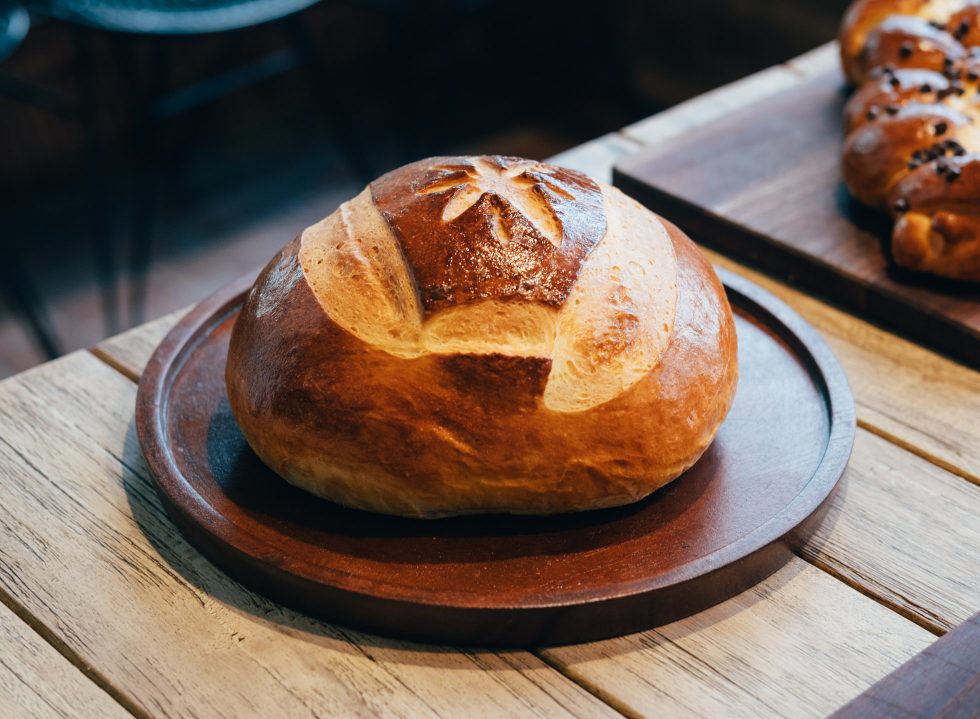 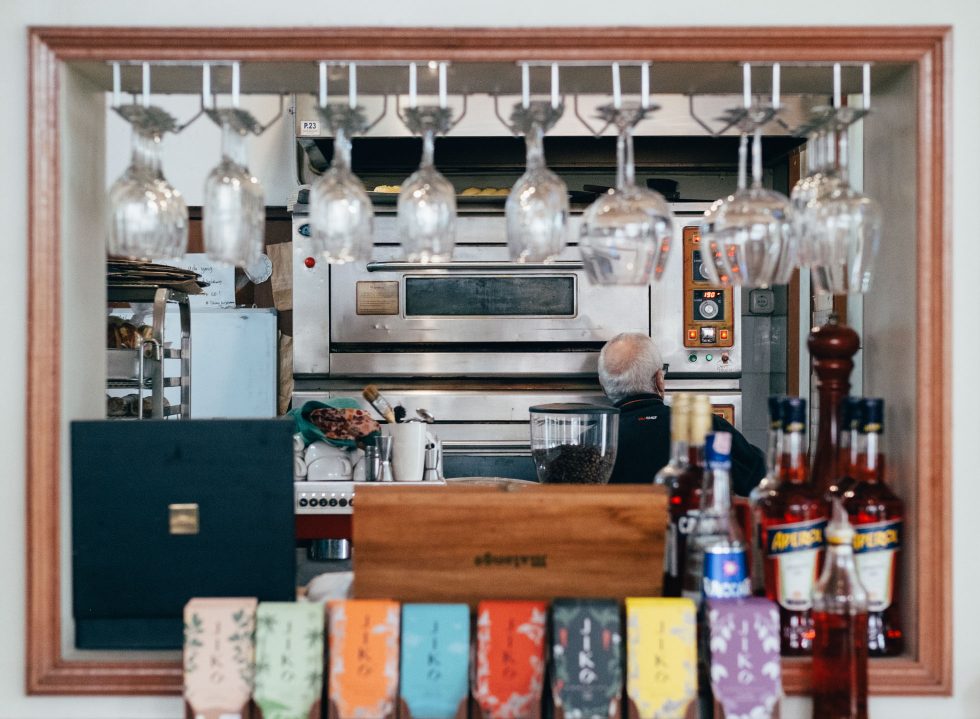 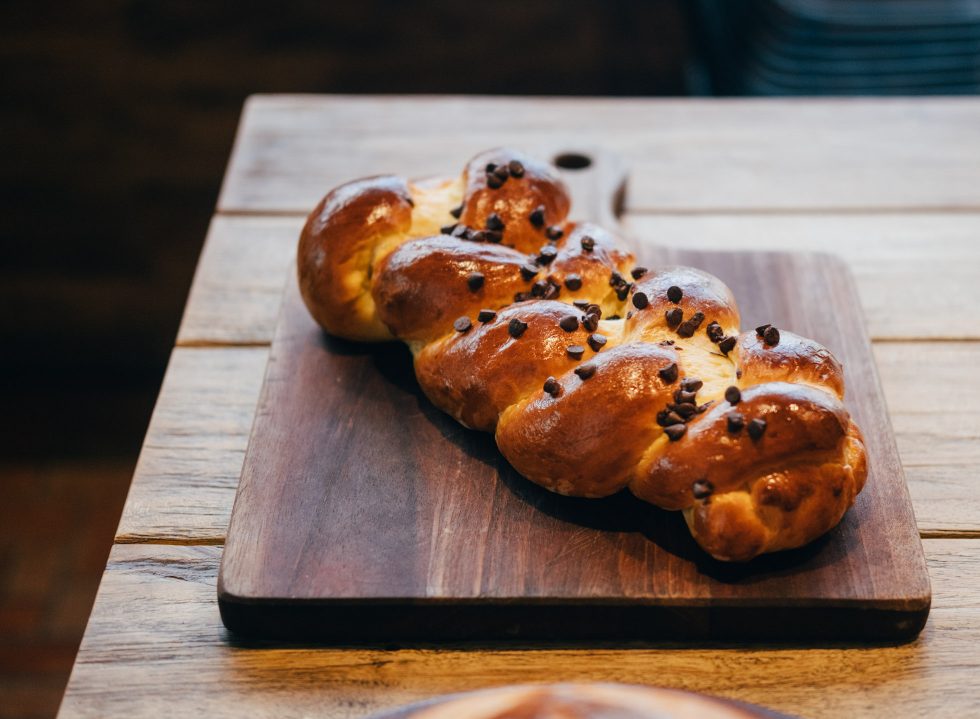 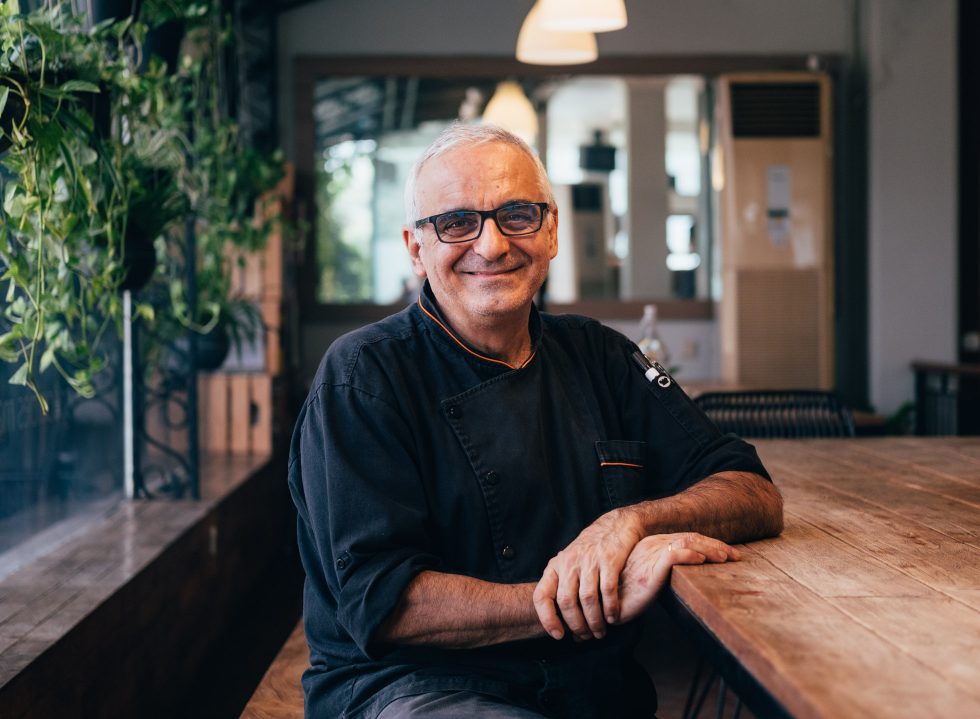 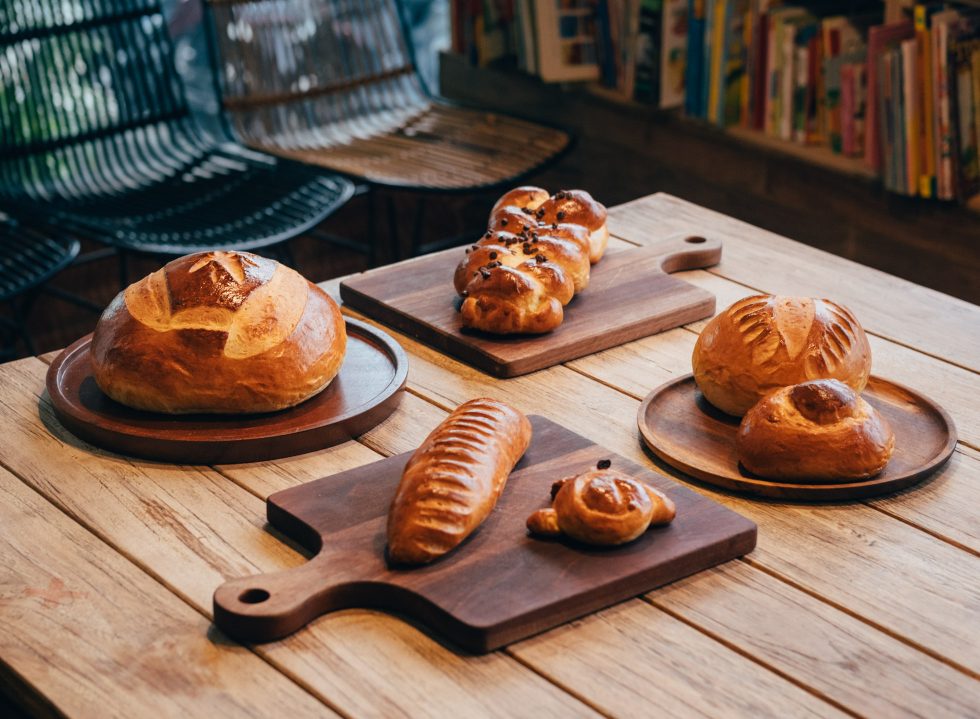 In The Kitchen with Ramon Medina

By Hana Oktavia A.
Share
Both meticulous and intuitive in perfecting his viennoiseries, Ramon Medina, founder of affable pastry shop Levant Boulangerie, rolled up his sleeves for this instalment of In The Kitchen to demonstrate the art of making a buttery French brioche.

The morning was slow and chilly in Levant Boulangerie, a neighbourhood bakeshop and brunch joint in South Cipete, but the shop’s sum of butter-glazed French pastries, jazz tunes and homely atmosphere greeted the day’s gloom with excessive warmth. In turn, anyone who sets foot in Levant will be showered with a congenial spirit in which they have candidly boasted since 2014.

Their kitchen, however, paraded a different mood: where doughs are tossed and turned, this back unit seemed ever-busy. Their fleets, half walking across the room with hands on oven trays and half tending to hungry early risers, come under the guidance of founders, husband and wife Ramon and Elisabeth Medina.

“We used to have baking classes for kids here, including [for] brioche,” said Elisabeth. That day we sat at Levant’s long dining table prepared for an hour of mixing and kneading. At the end of the table was Ramon, draped in a black double-breasted chef jacket discoloured with taints of flour as he buckled up to take on more dough.

Hailing from Lyon, France’s second-largest urban province (and also the country’s chocolate and gastronomic capital), the Lyonnais couple first settled in Jakarta as music teachers at Lycée International Français de Jakarta across the bakery. And unlike most success stories where chefs and bakers lived through years of formal culinary formation, missing their hometown was enough for the couple to expand their experimental trade into a boulangerie.

Elisabeth recalled how Ramon “started making bread seriously” after moving to Indonesia in 2007 despite having little experience in the kitchen. Eventually, the homebaker pursued it with more commitment: he flew back to Lyon for a year of apprenticeship in local bakehouses. By the time he flew back to Jakarta, he was ready to have his own shop and the rest is history for Jakarta’s first Levant Boulangerie.

Today, his assortment of traditional pastries and viennoiseries, which he used to share with small groups of friends, has become the delight of the city’s gourmands. Among Levant’s bookmarked menus, their brioche rules as a favourite that is also fun to hatch at home: the key is to take time with the dough and be gentle throughout its process—like flirting.

“Think of it as if you are sewing an expensive silk,” expressed Ramon while he pressed, kneaded and pinched a bowl worth of dough. It is fundamental to work the air into the dough using some pressure when kneading, but for shaping, a lighter hand is necessary to avoid expelling the air.

As demonstrated by Ramon, it’s a thorough, yet diverting practice: the more patient and mindful you are, the softer and more lenient the dough becomes. Surprisingly, making a homemade brioche and exploring your creativity with its shapes (i.e., whole-breaded, Parisian-style) is not as intimidating as it seems. Under Ramon’s spontaneous yet heedful instructions, whipping up this traditional loaf could be close to being a meditative experience.

Brioche is a type of French viennoiserie (baked goods made from a yeast-leavened dough) that bears a fluffier texture and a sweeter note than average bread. This buttery loaf is typically enjoyed as a French toast, hamburger buns or on its own. Ramon’s recipe takes about 45 minutes to an hour of meddling in the kitchen, and serves one breaded brioche. However, one can serve more by getting creative with moulding other shapes. So, roll up your sleeves and get prepared to use your hands.