In the Kitchen with Pius Ebang - Manual Jakarta 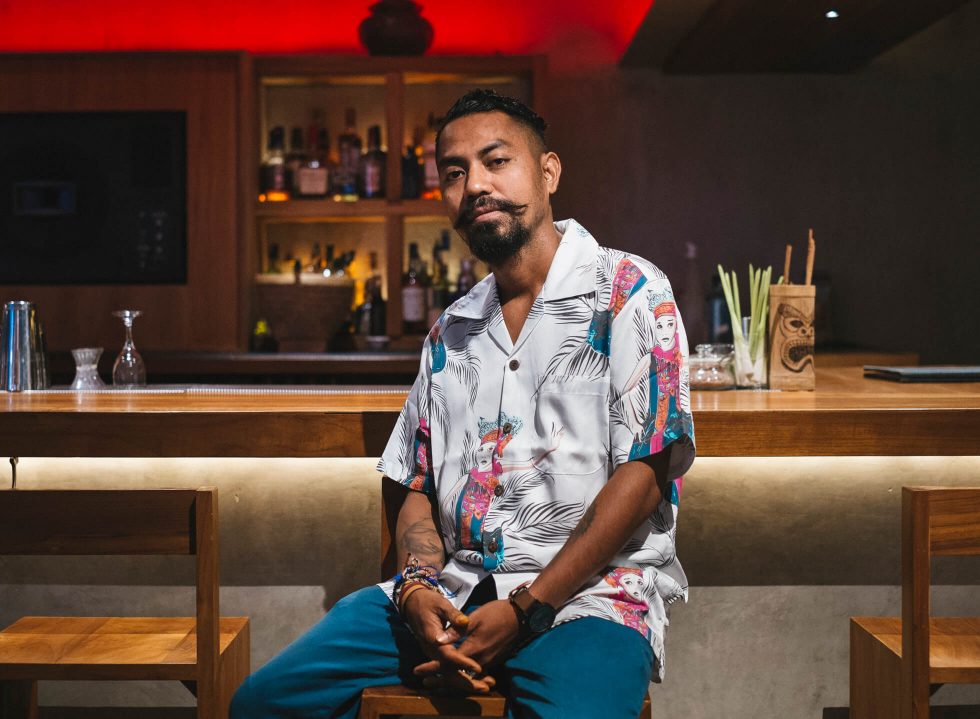 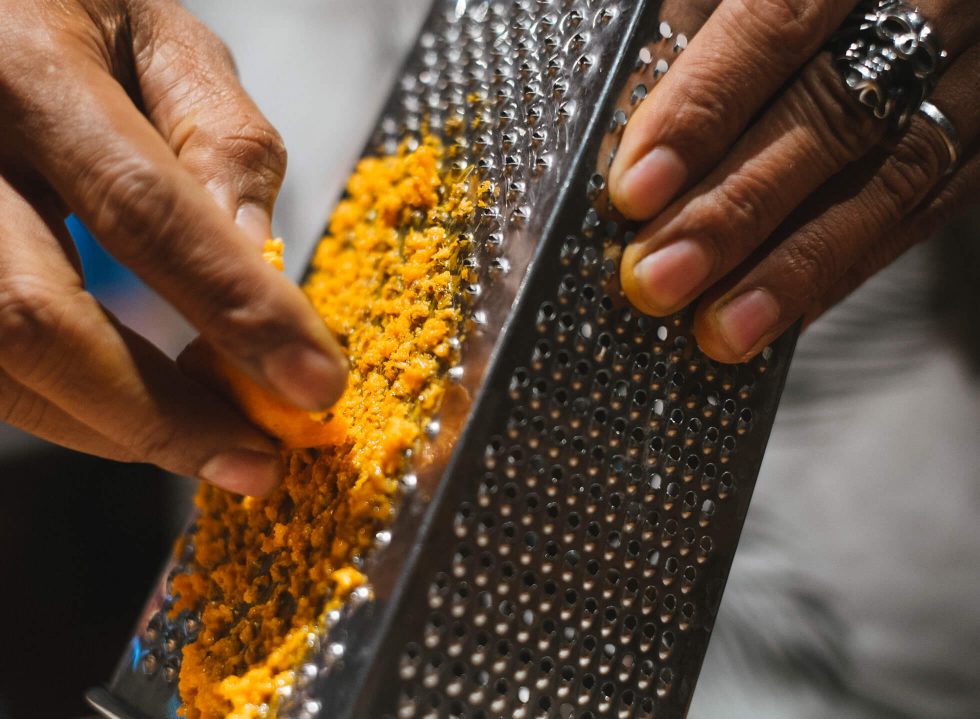 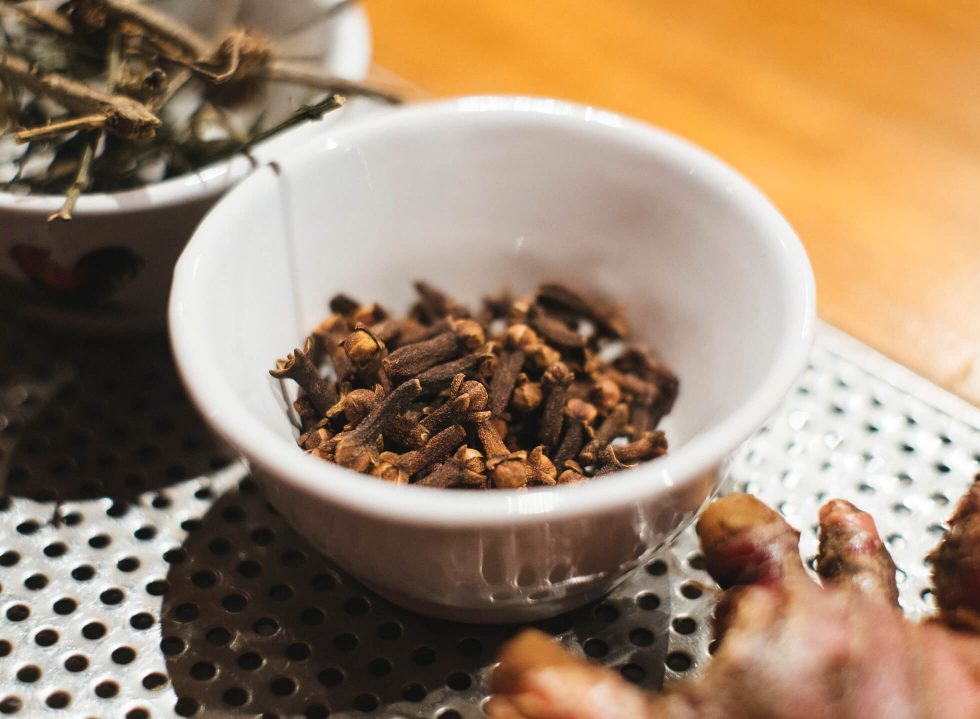 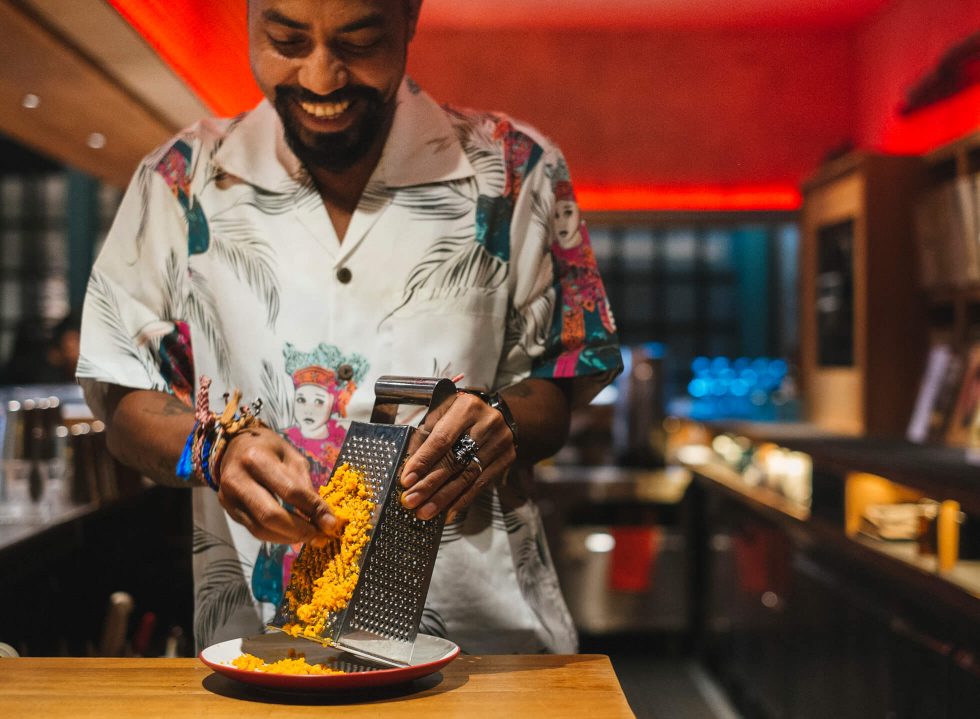 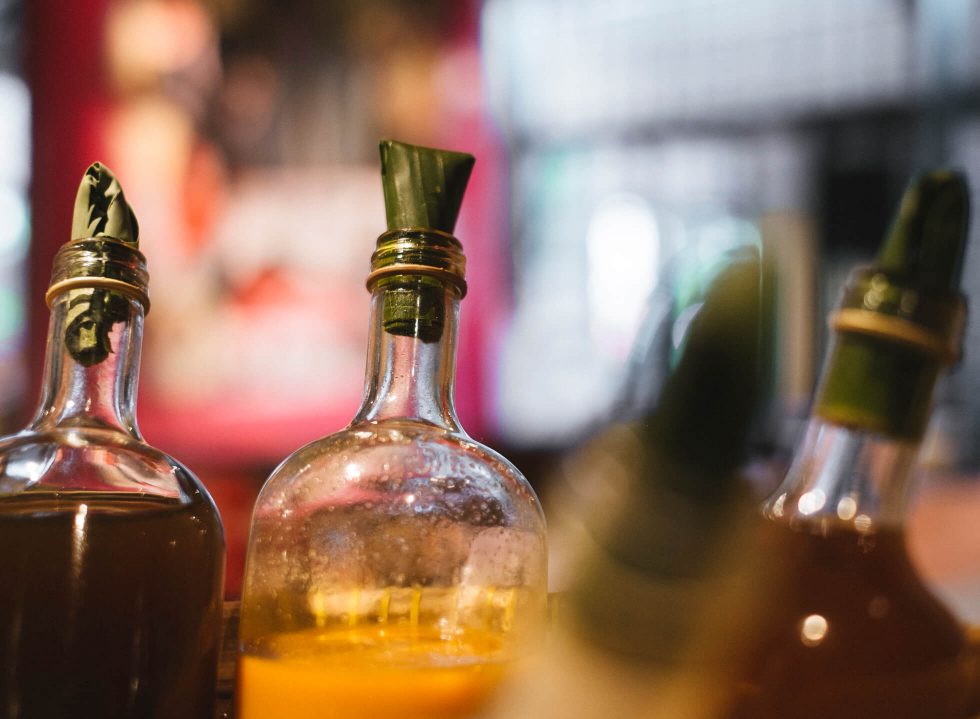 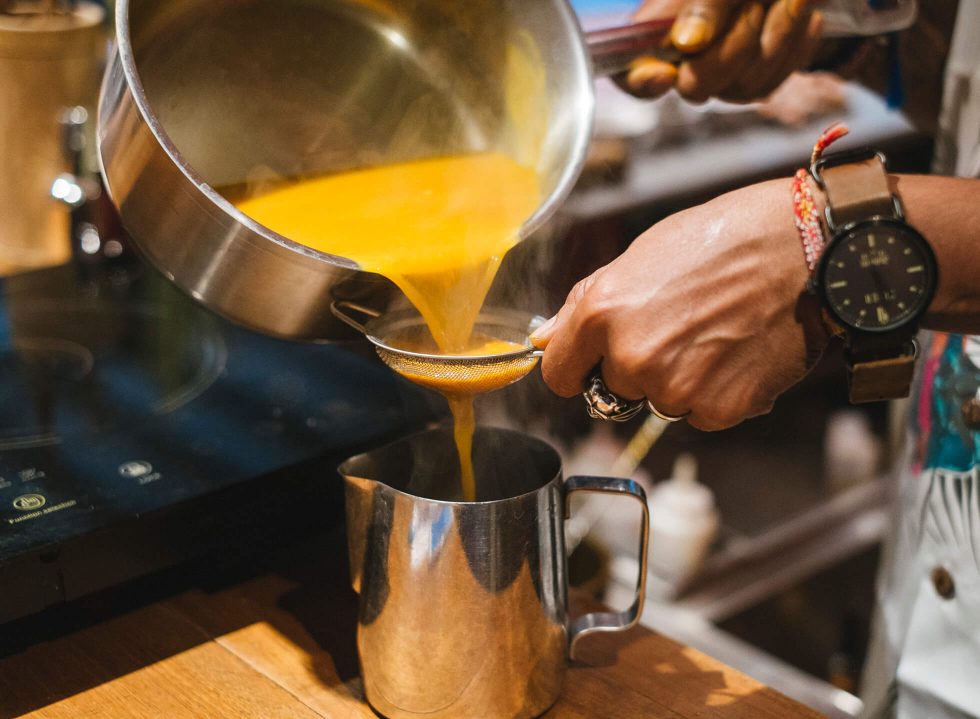 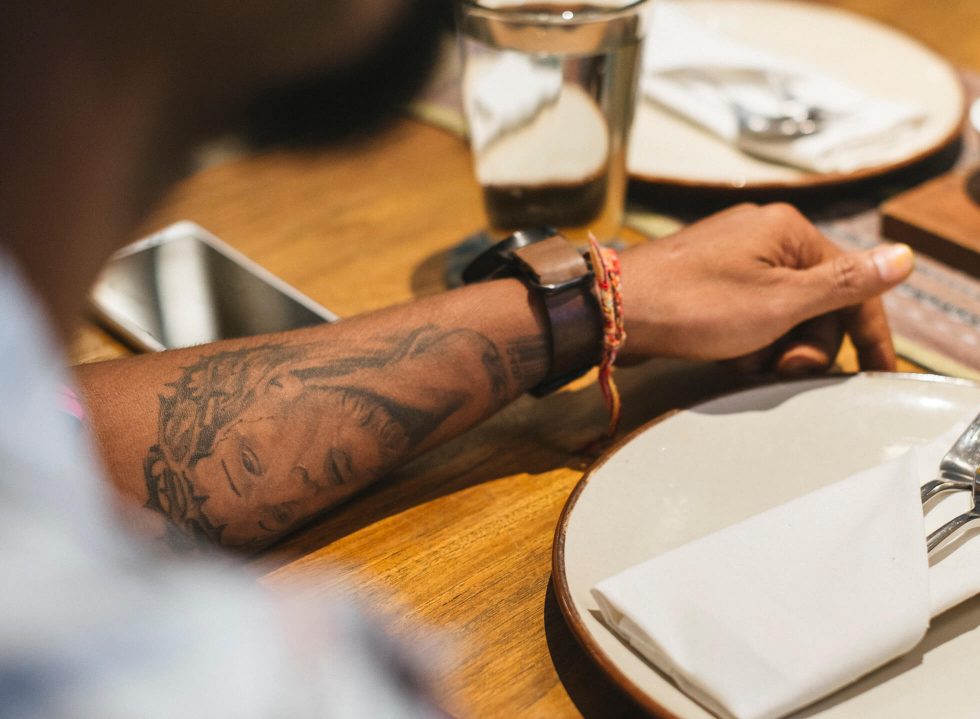 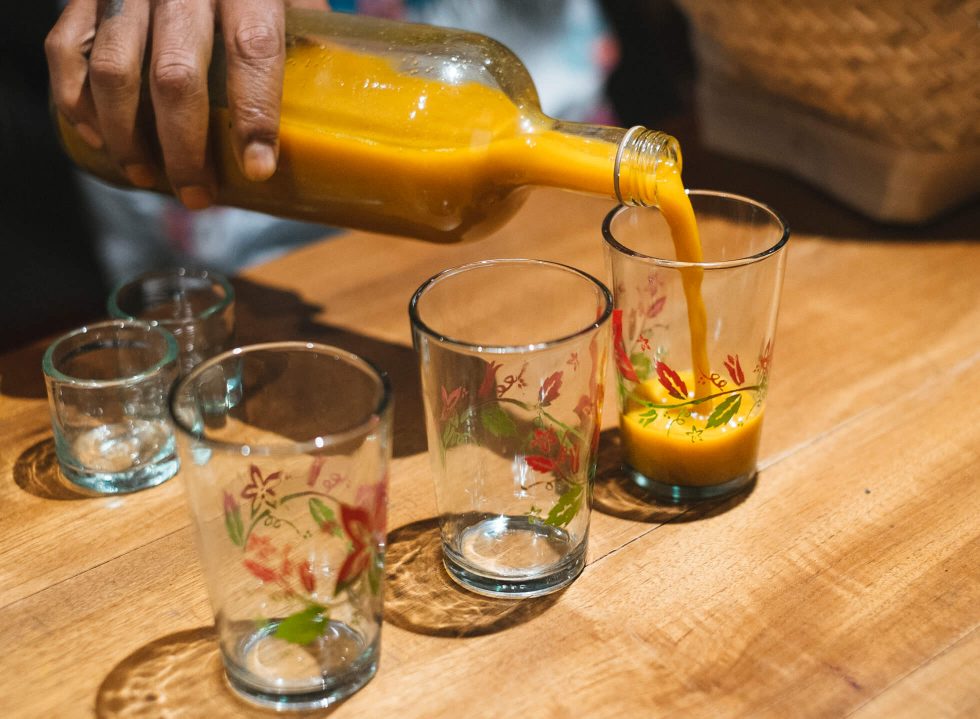 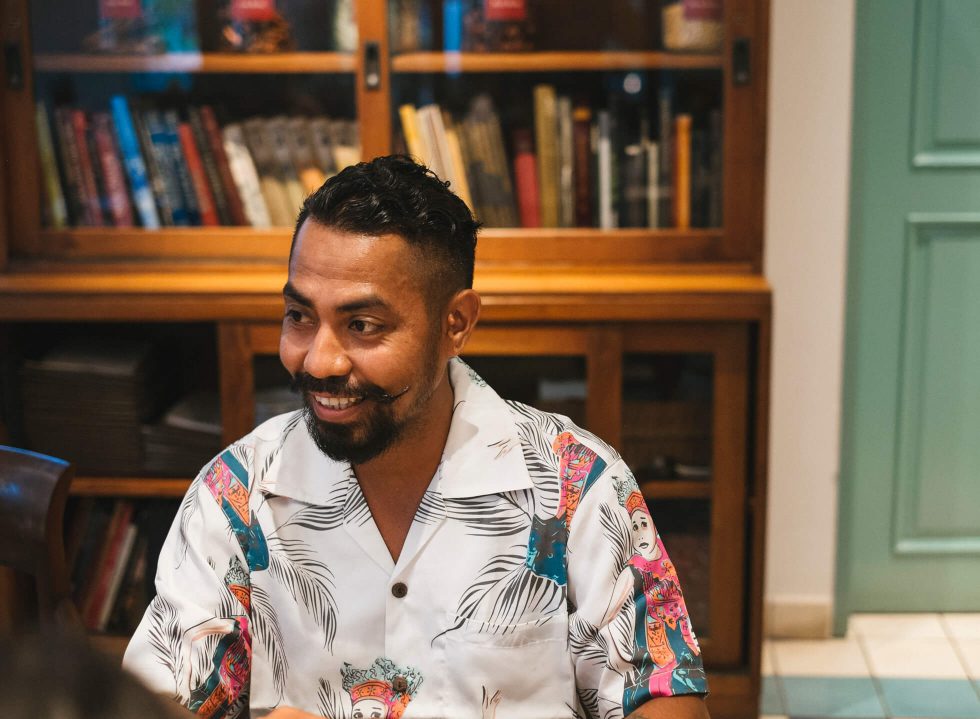 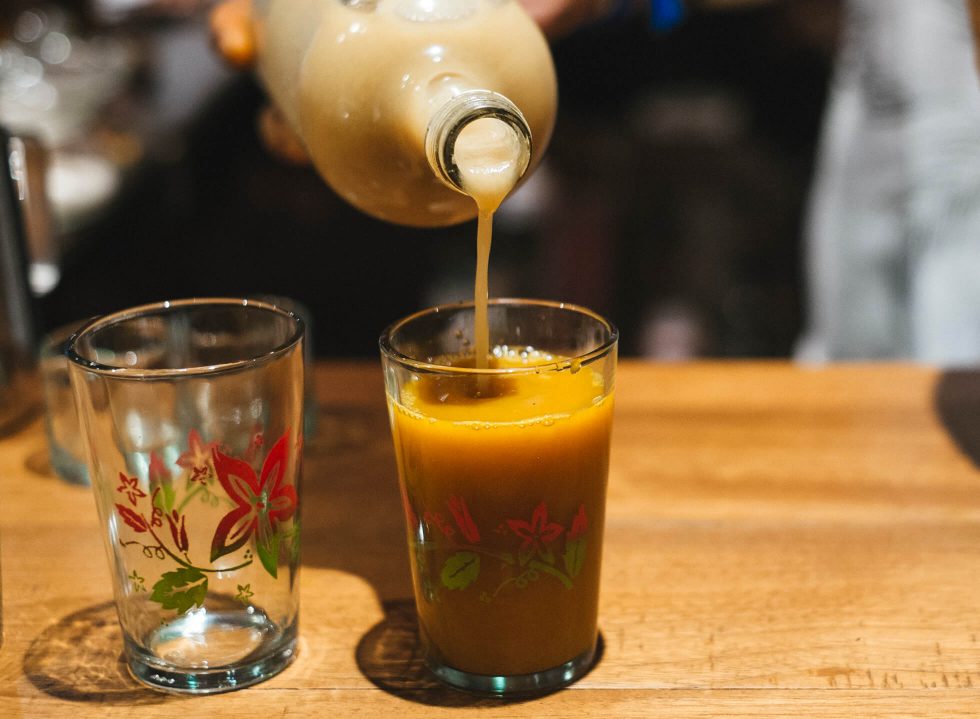 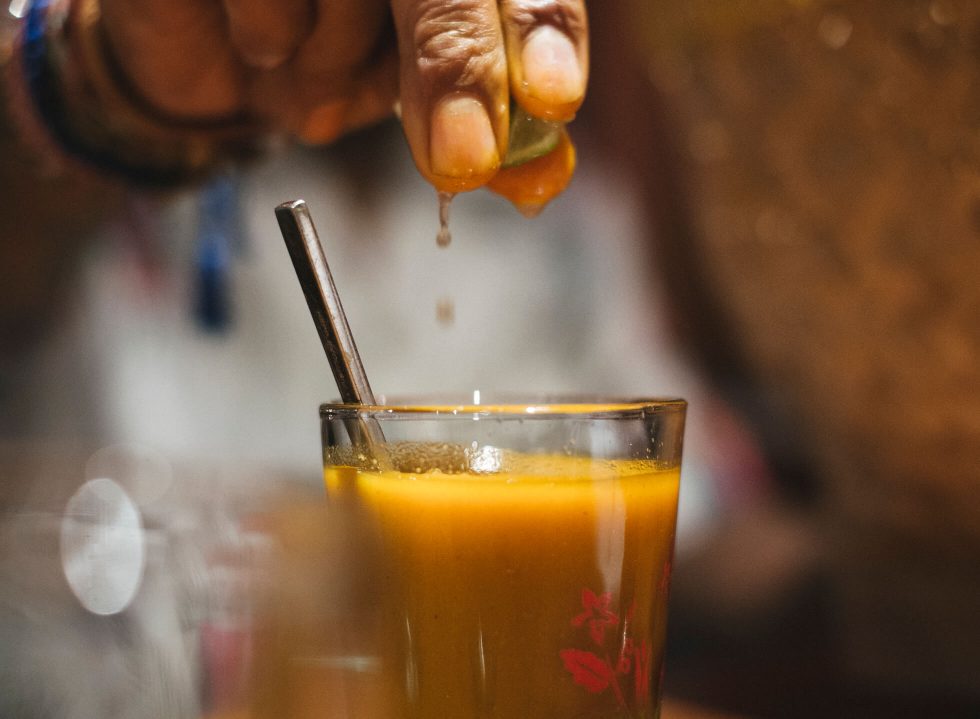 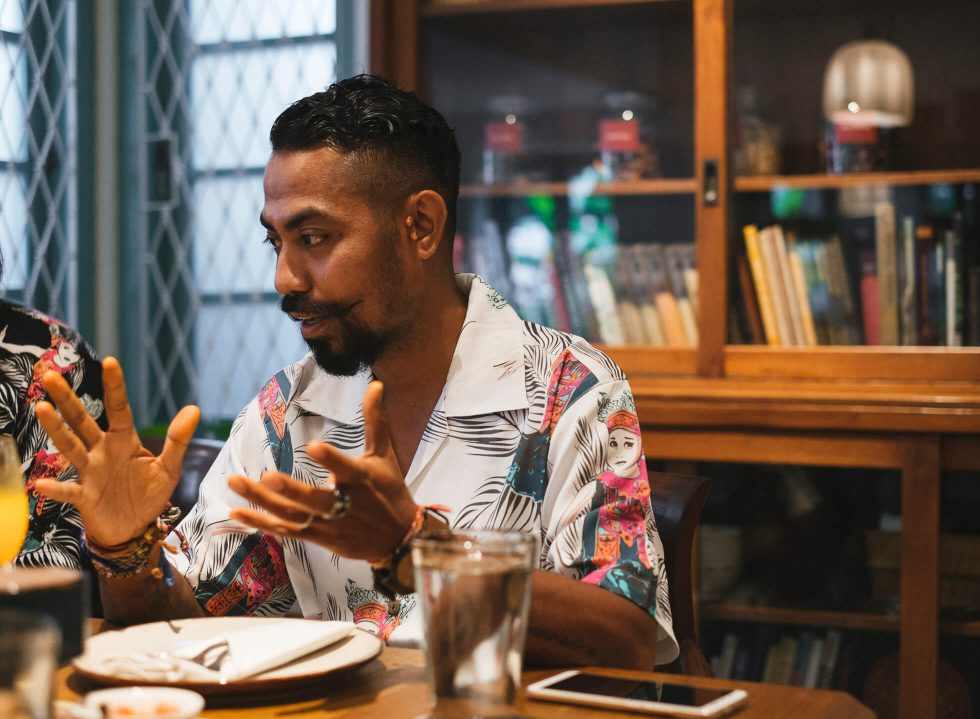 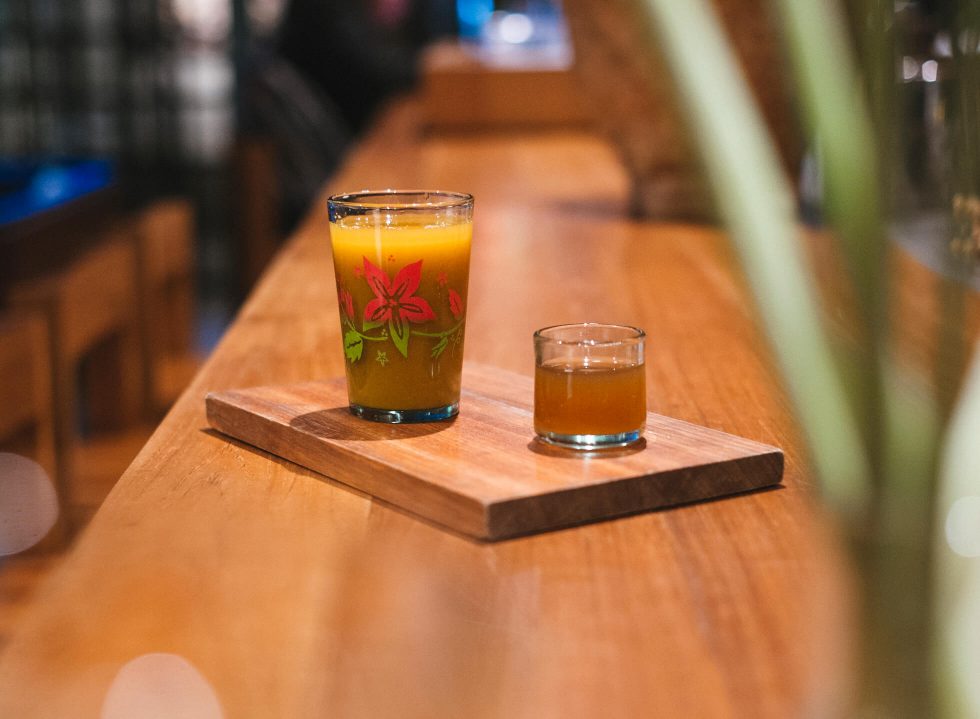 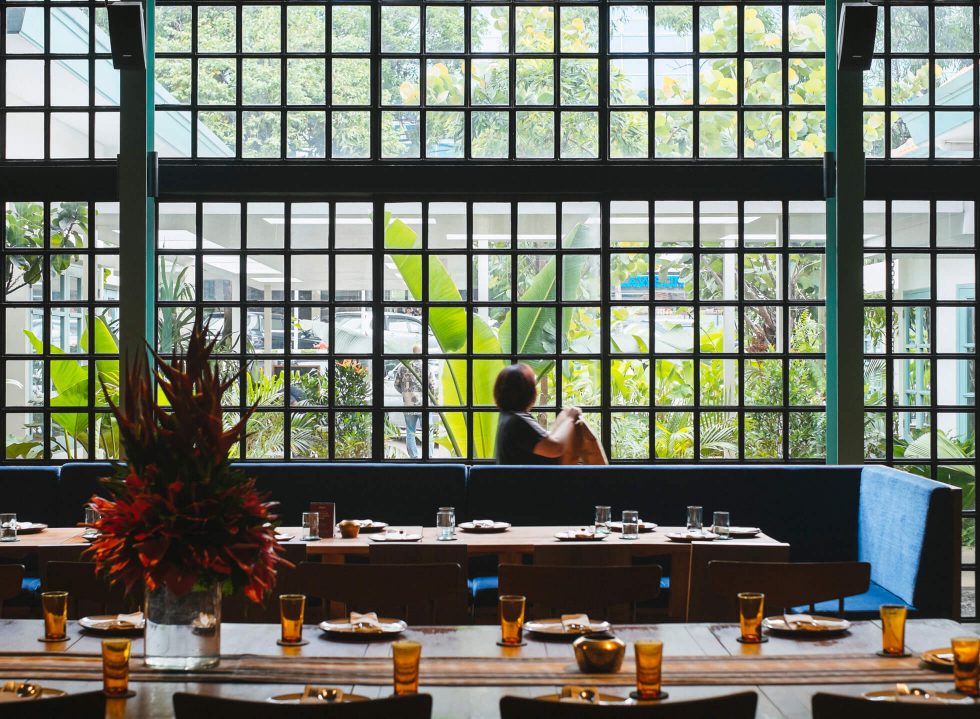 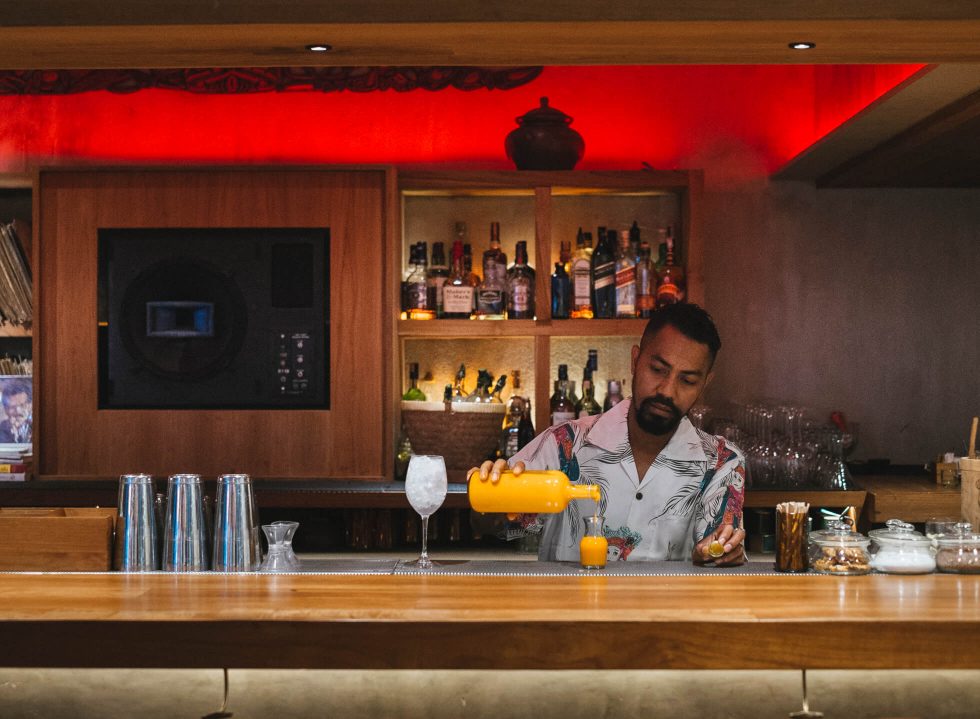 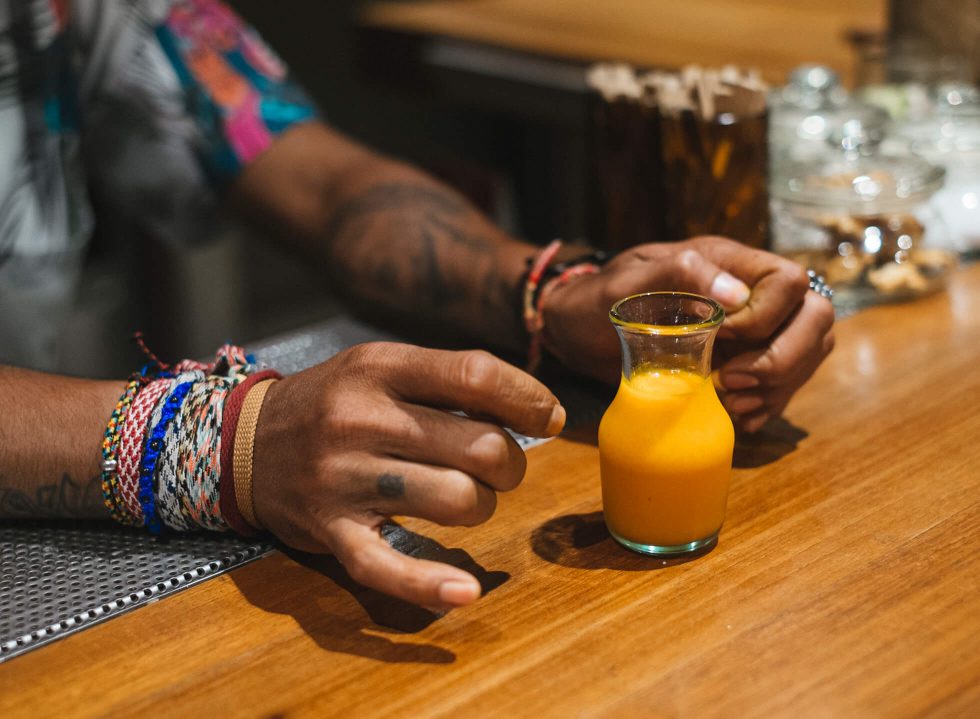 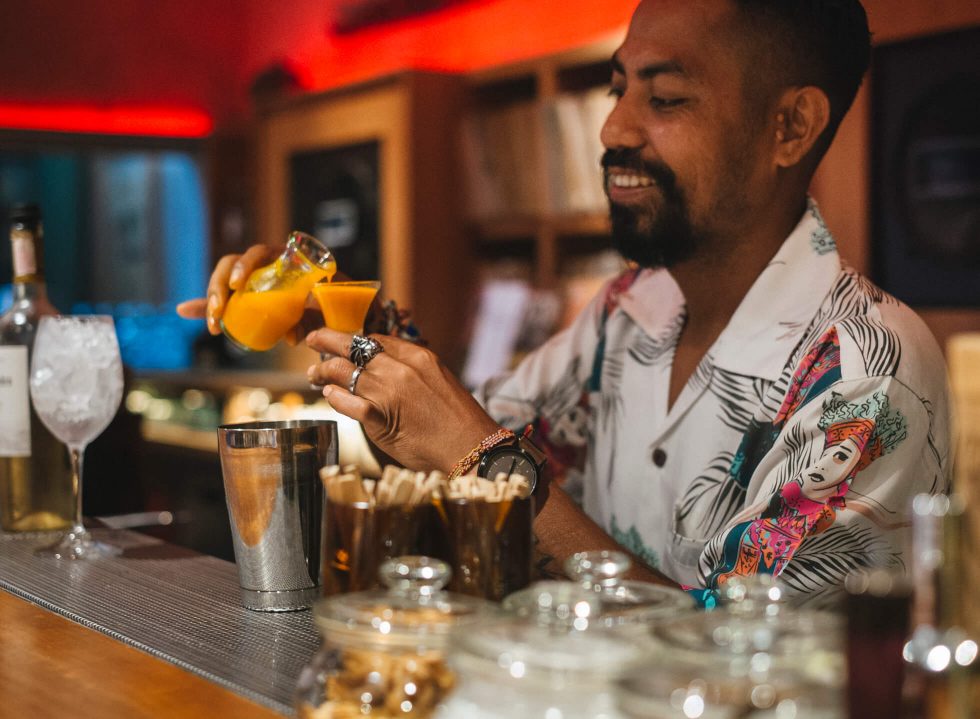 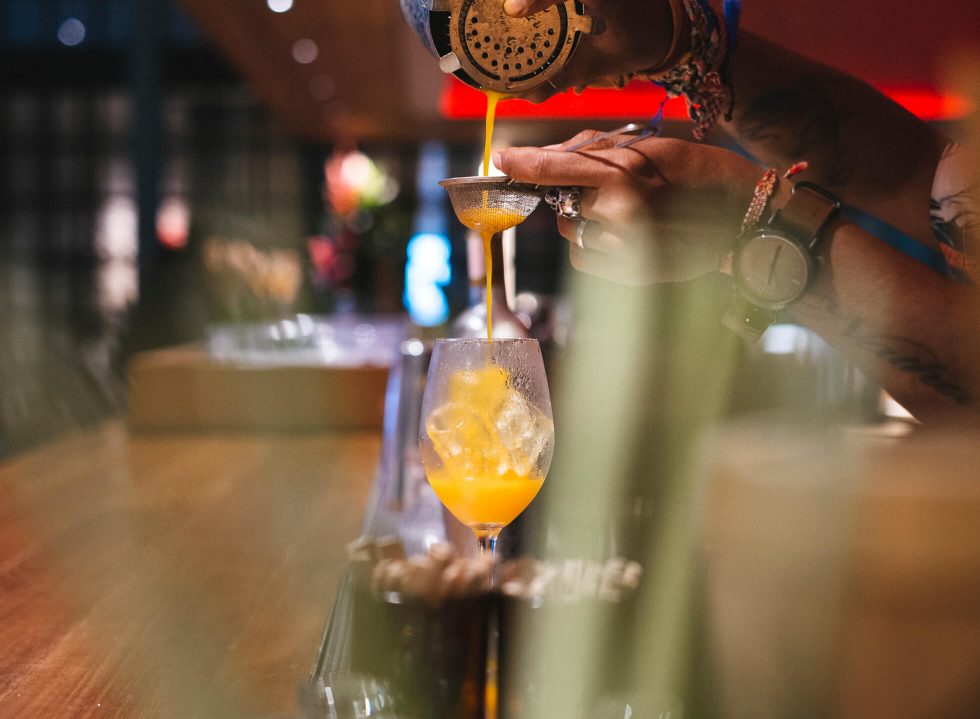 In the Kitchen with Pius Ebang

Share
In the latest series of In the Kitchen, KAUM’s Head Mixologist Pius Ebang shares his recipe for the humble Kunyit Asam jamu, along with a bonus of Kunyit Asam cocktail that testifies his knack for marrying liquor with traditional Indonesian cuisine.

Whether it’s in Hong Kong, Bali or Jakarta, KAUM (means “tribe/clan” in Bahasa Indonesia) has done Indonesian cuisine proud. As part of Potato Head Family Group, KAUM’s commitment in using indigenous cooking methods and ingredients across the archipelago has cemented them as one of the city’s go-to spots for authentic Indonesian fare.

Apart from implementing nostalgic flavours to the food, the same can be said for their beverages too. That’s exactly what KAUM’s Bar Manager and Head Mixologist Pius Ebang had in mind. Flick through KAUM’s drinks menu and you’ll find attention grabbing choices like Kecombrang Martini, where the cocktail is served with a side of emping (Indonesian chips) and sambal matah. It may come across odd on the menu but the unforgettable taste affirms Pius’ knack in creating cocktail with a local flair.

That’s why it’s unfair to regard Pius as a bartender. “[Bartenders] create cocktails common anywhere,” said Pius. A mixologist, on the other hand, “Brings ingredients from the kitchen to the bar, to create signature drinks one can only find in the establishment.” Indeed, you’d need both talent and skill to create a signature drink as memorable as Kecombrang Martini.

Born in Flores, Pius, who joined the KAUM family since its opening in 2017, grew up spending most of his childhood days in the kitchen. Along with his siblings, he helped to prep food for his mother’s catering business. Those days spent in the kitchen have developed his passion for Indonesian food, which inspires his striking concoctions at KAUM.

After studying hospitality at Sekolah Akademi Pariwisata in Jakarta, he attempted a career in the kitchen. However, his days in the kitchen were cut short when he accepted an offer to work at a hotel bar in Ancol.

From thereon he began his journey as the man behind the bar, learning first-hand of the profession from his fellow bartenders. His aptitude for bartending landed him positions as the Head Mixologist at the former Potato Head Garage in Jakarta and subsequently Bali’s award-winning Mozaic restaurant, before finally settling at KAUM.

Aside from cocktail, Pius is also proficient in making jamu, traditional Indonesian herbal medicine. Learning from the ways of Mbok Jamu (the traditional kebaya-clad women selling jamu on the streets), Pius stays true to the traditional methods of preparing jamu. For one, he grates the turmeric and boils the ingredients together where others blend it. Attentive customers will often find Pius’ fingers stained yellow from grating turmeric. And speaking of jamu’s merits, “It’s best to drink it routinely. Twice a day, to get the optimal benefit [from the herbs],” said Pius.

To give an idea as to how the mixologist crafts the traditional drink, Pius shares his recipe for the classic Kunyit Asam jamu that one can easily emulate at home too.

This recipe will serve six servings in 200ml glass.

But of course, it’s not a surprise to see Pius marry the herbal drink with his love for alcohol. Here, he also shared the recipe for Kunyit Asam Cocktail. As an aperitif, he suggested that the drink is “best consumed on its own, before your meal, to increase the appetite.”

Though white wine and vodka is accessible at your nearest liquor store, don’t fret if you can’t find the Lemon liqueur. The drink is just as good without. Or if you fancy, have soda in its place instead for a pleasant fizzy tang.

This recipe is divided into two parts: the white wine and turmeric syrup and the cocktail itself.