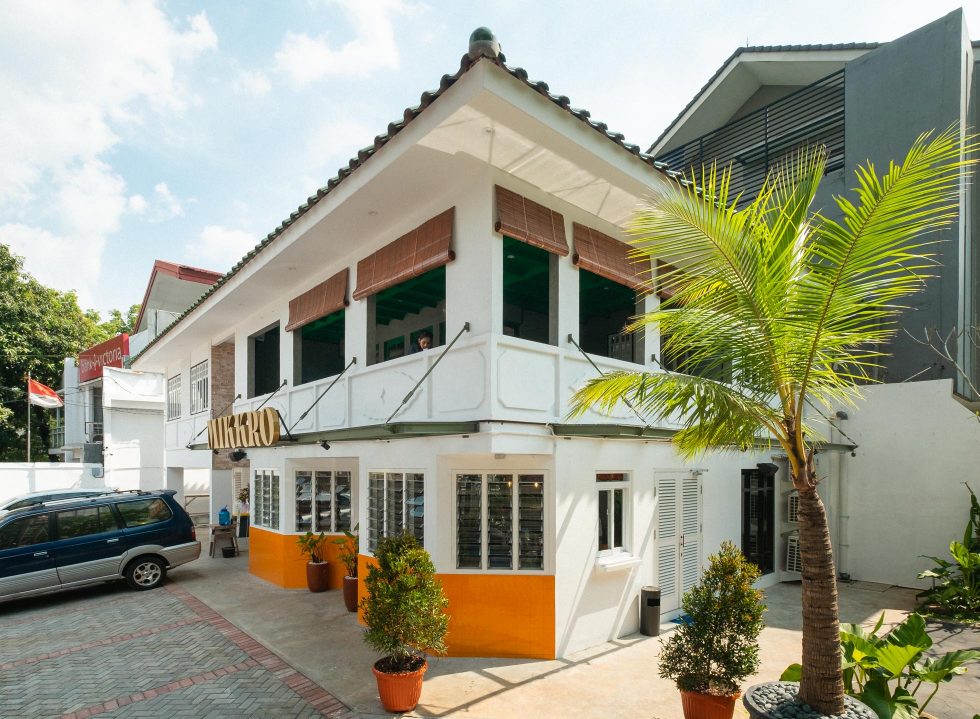 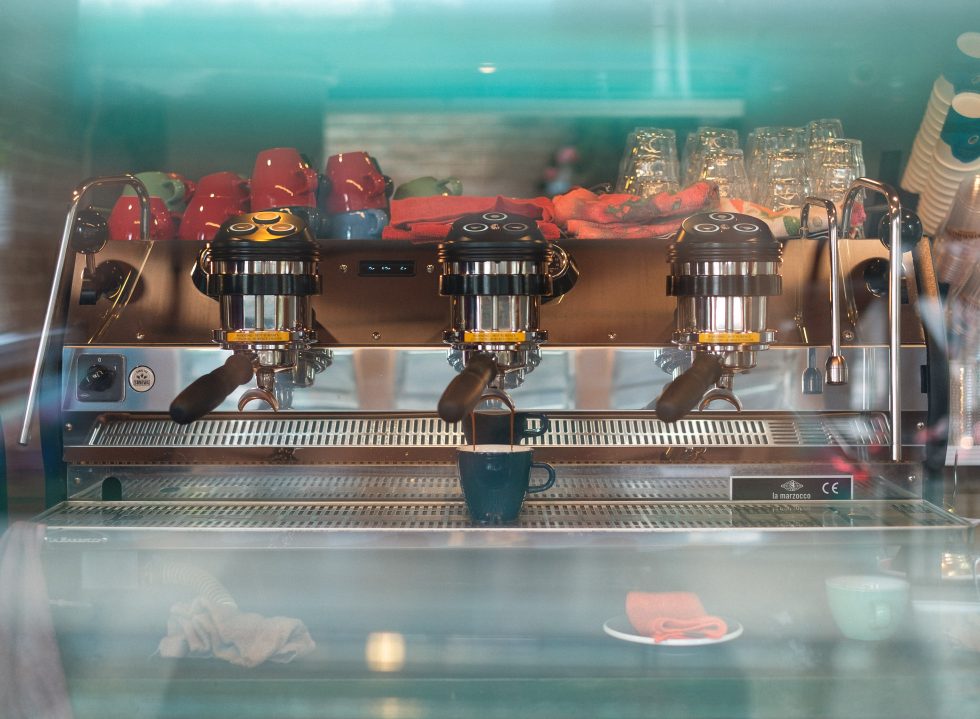 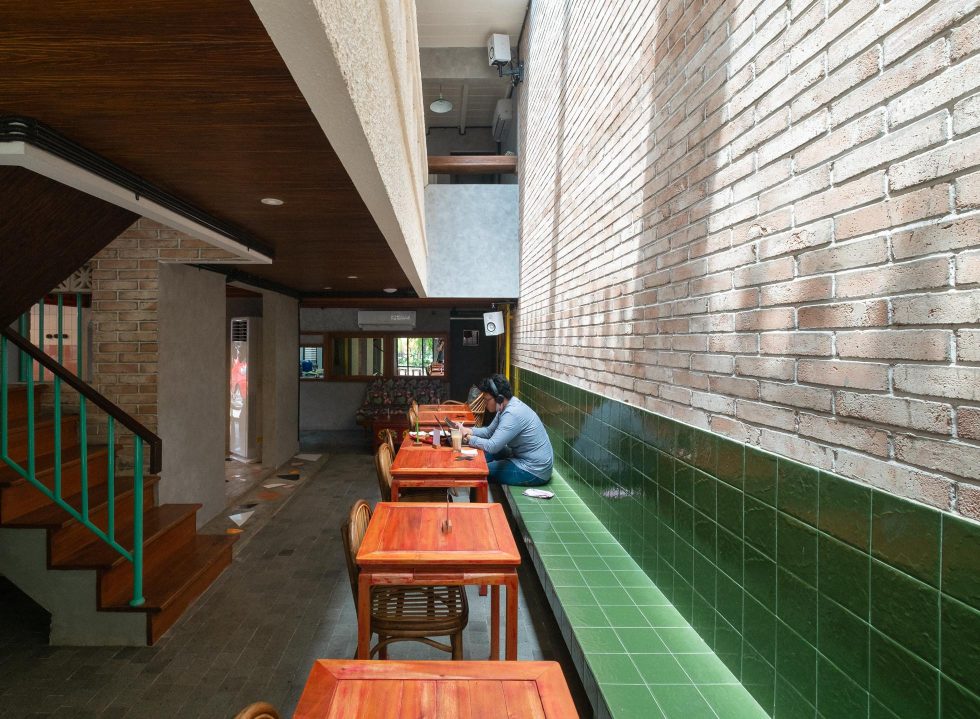 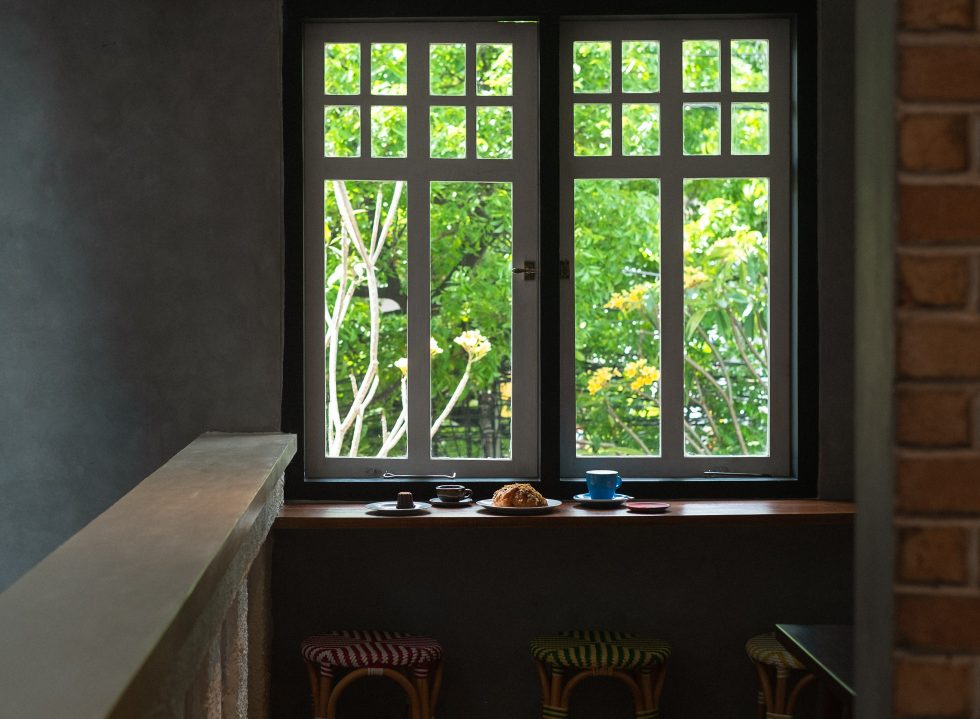 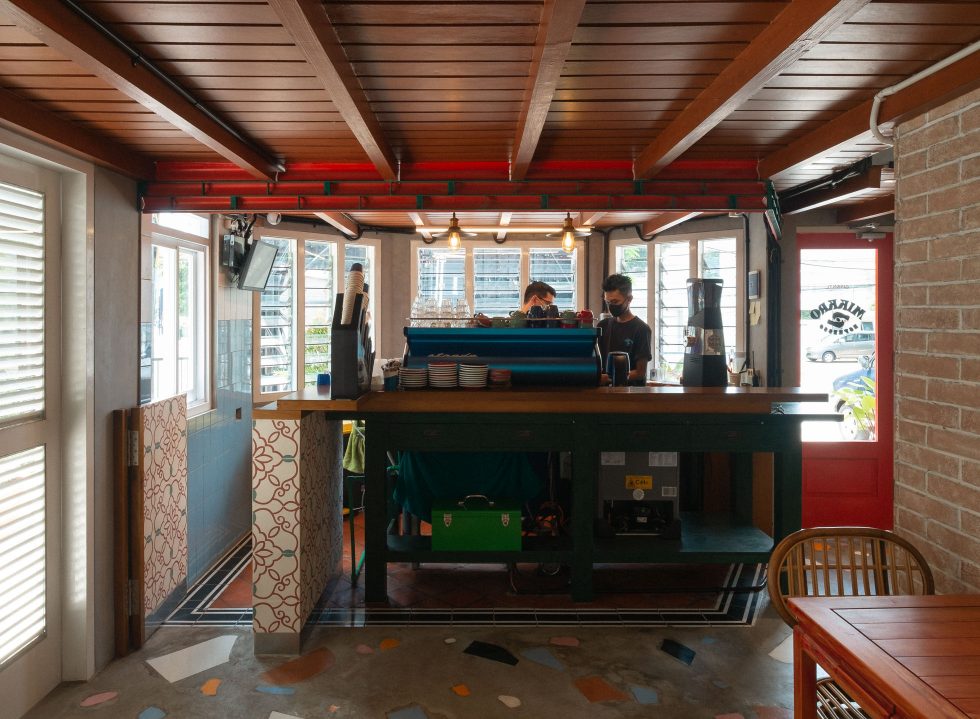 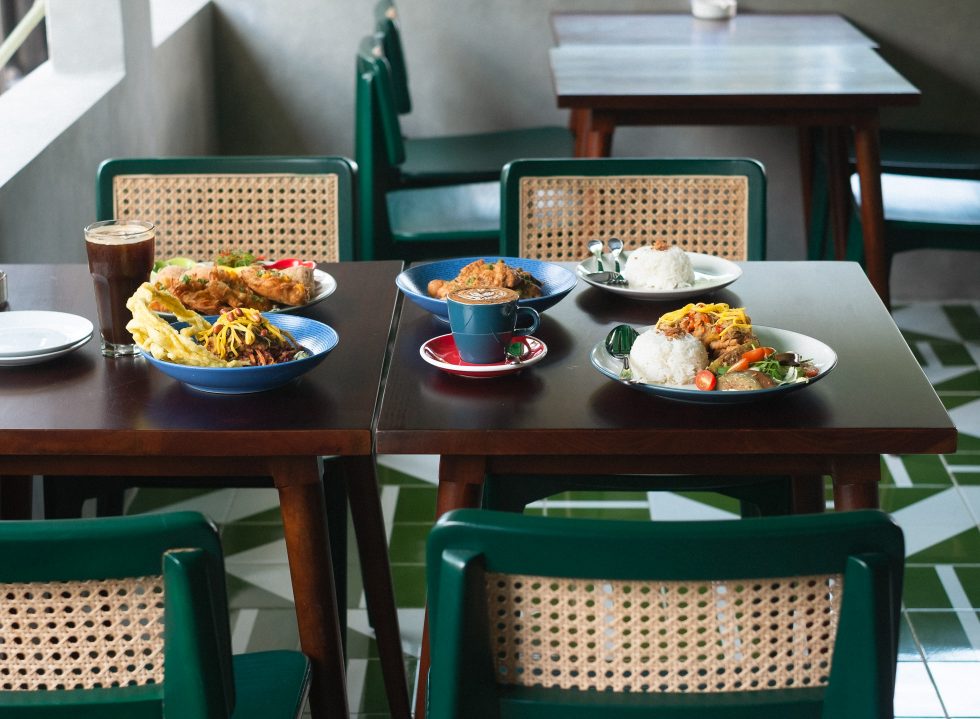 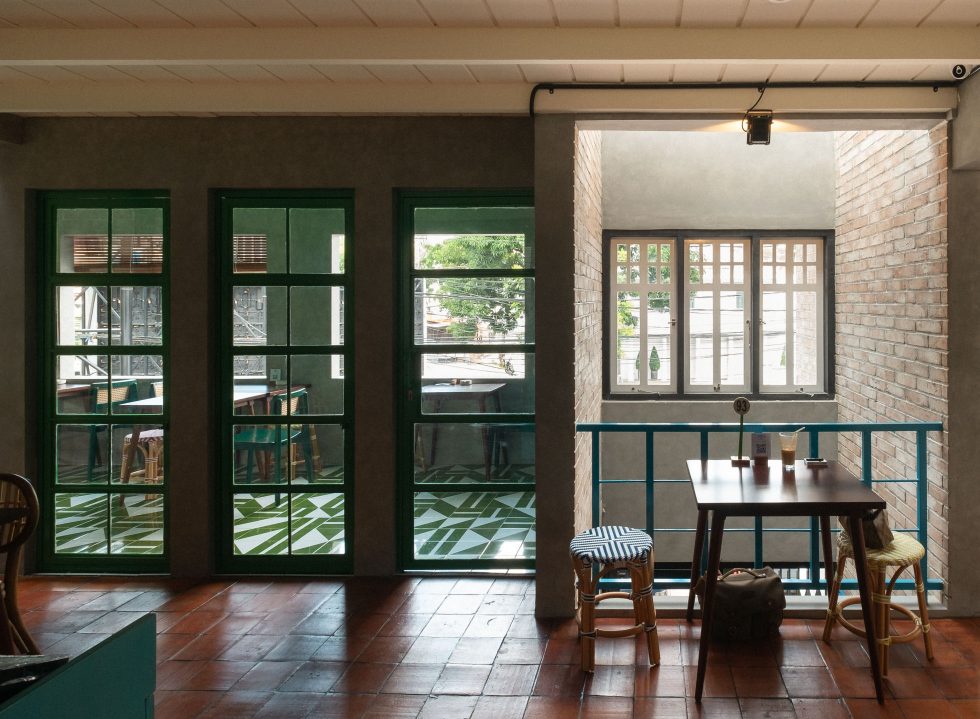 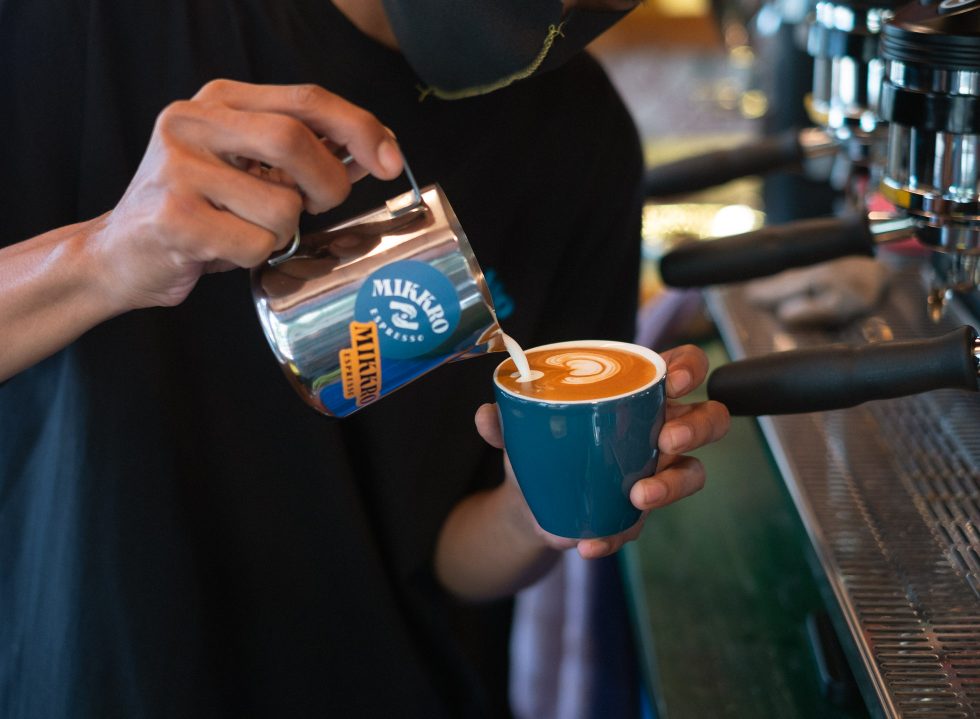 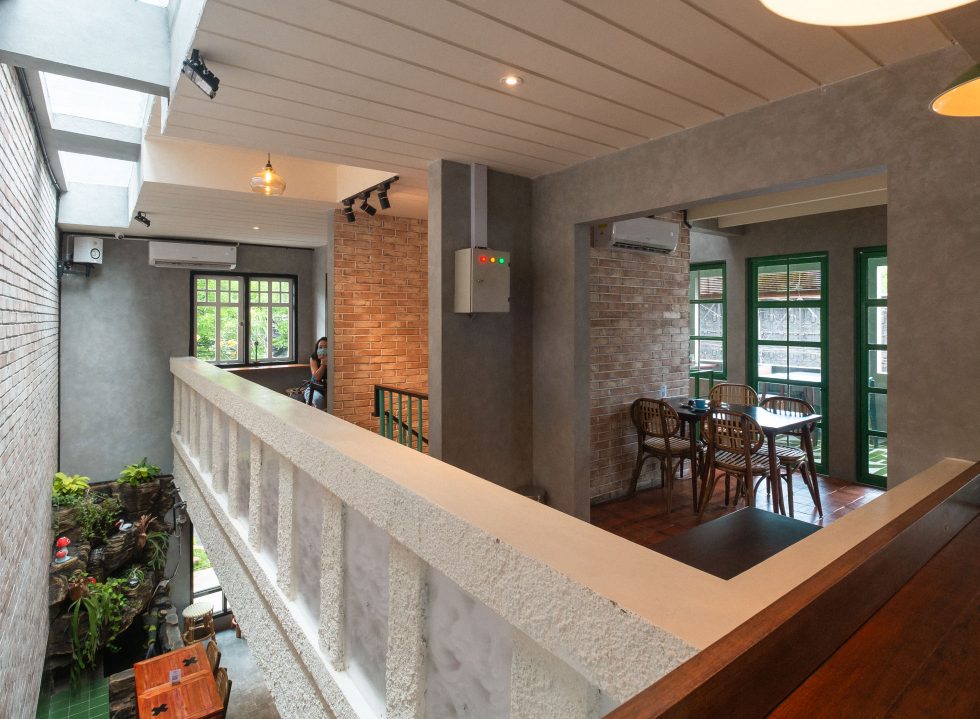 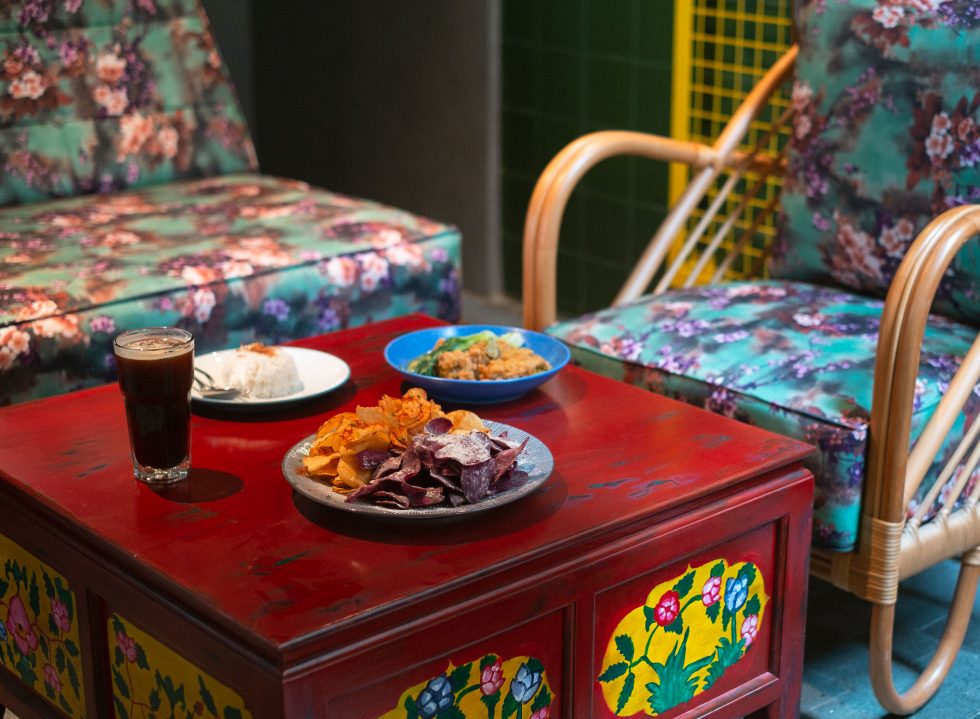 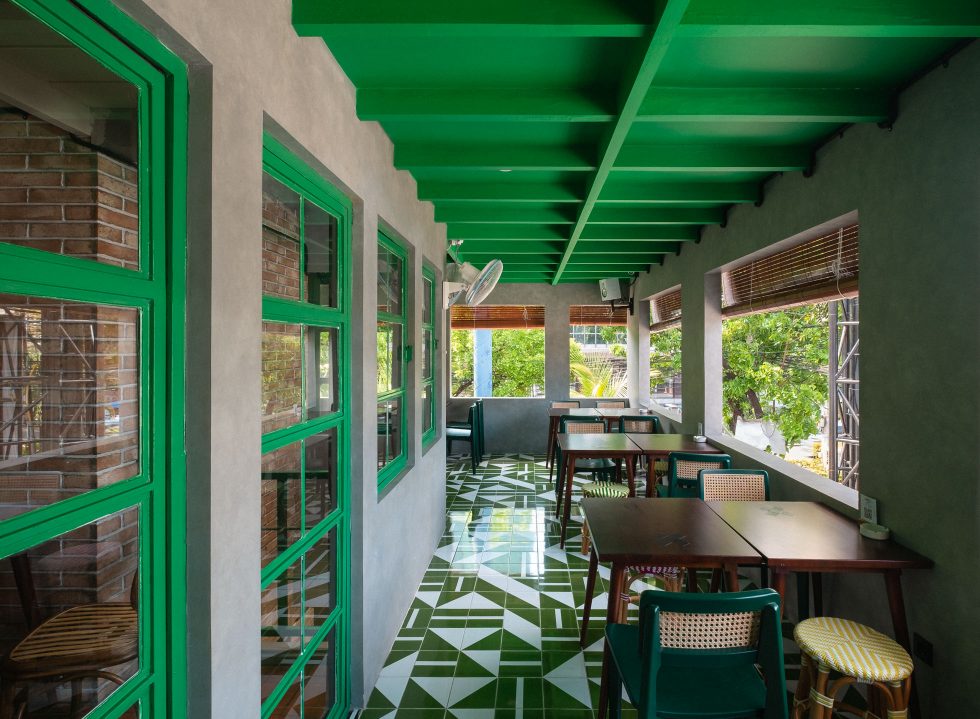 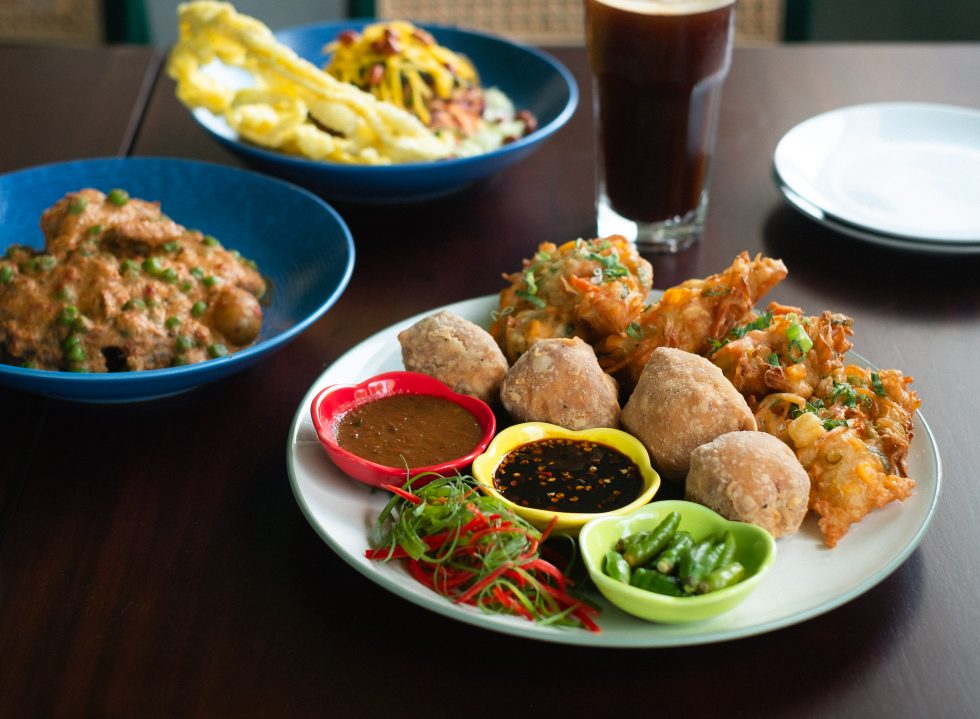 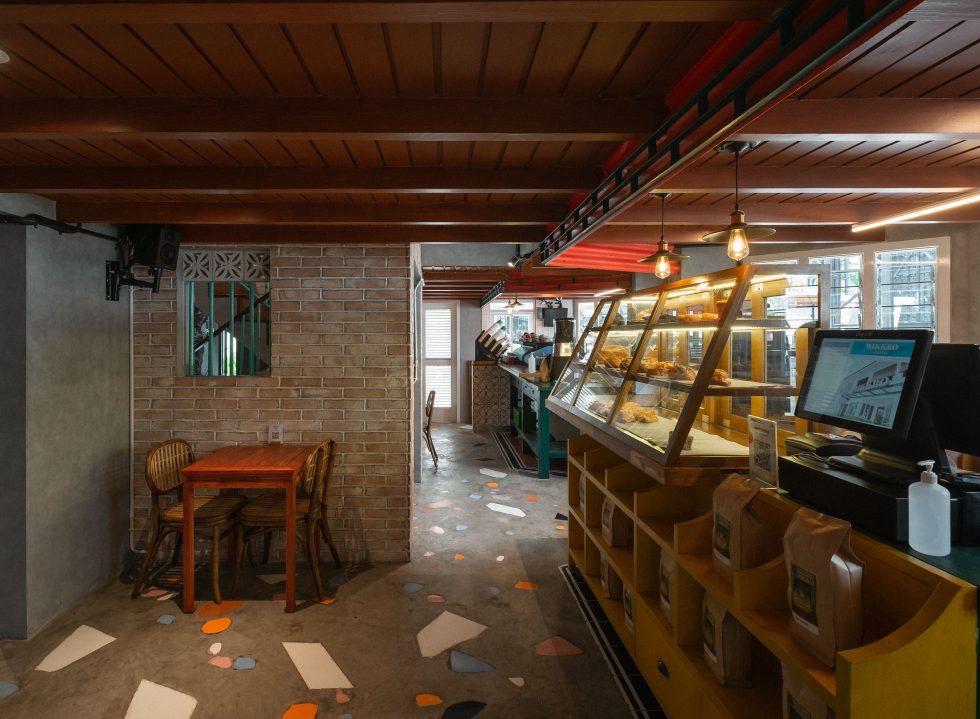 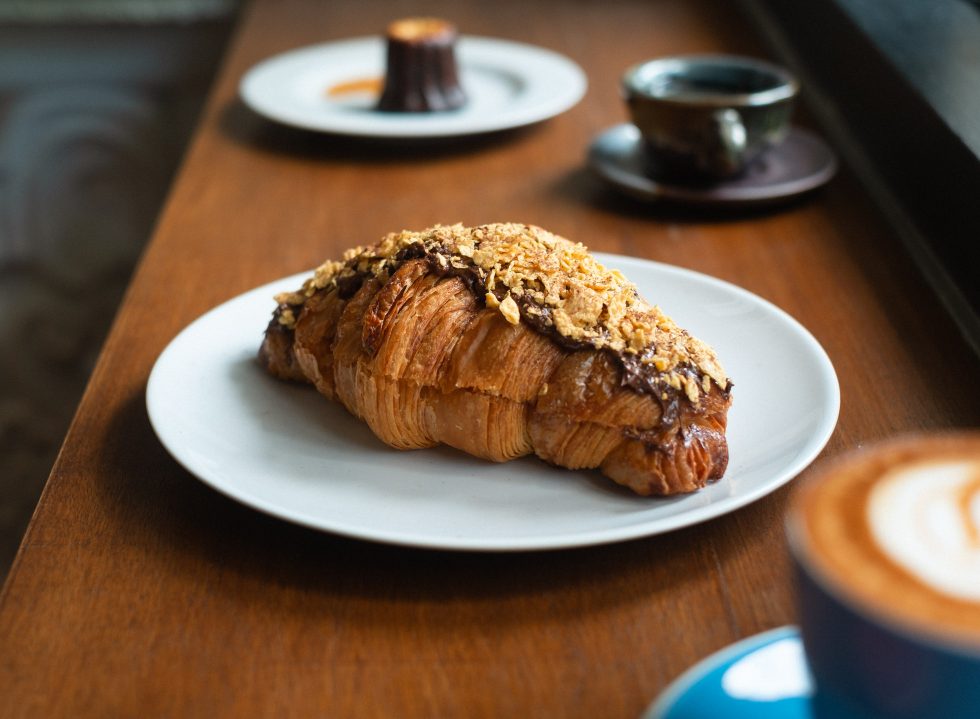 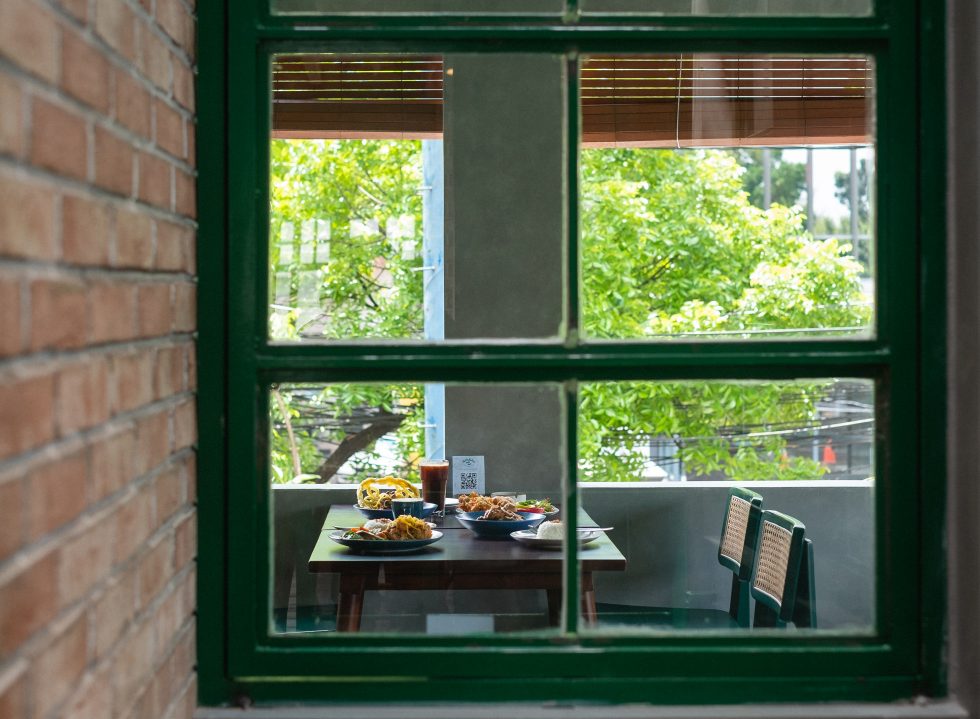 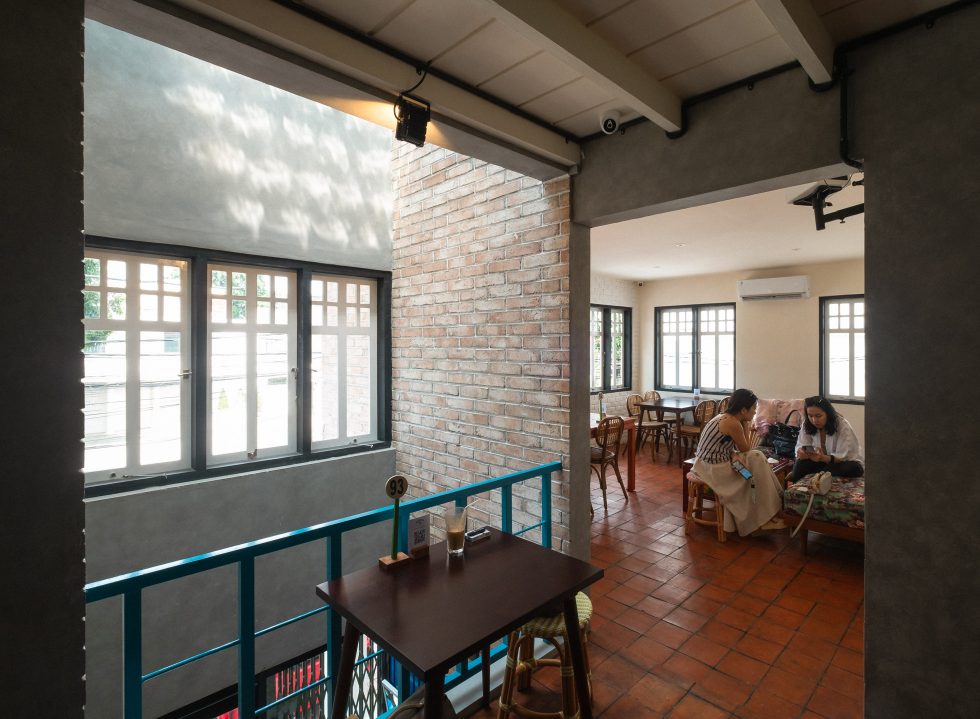 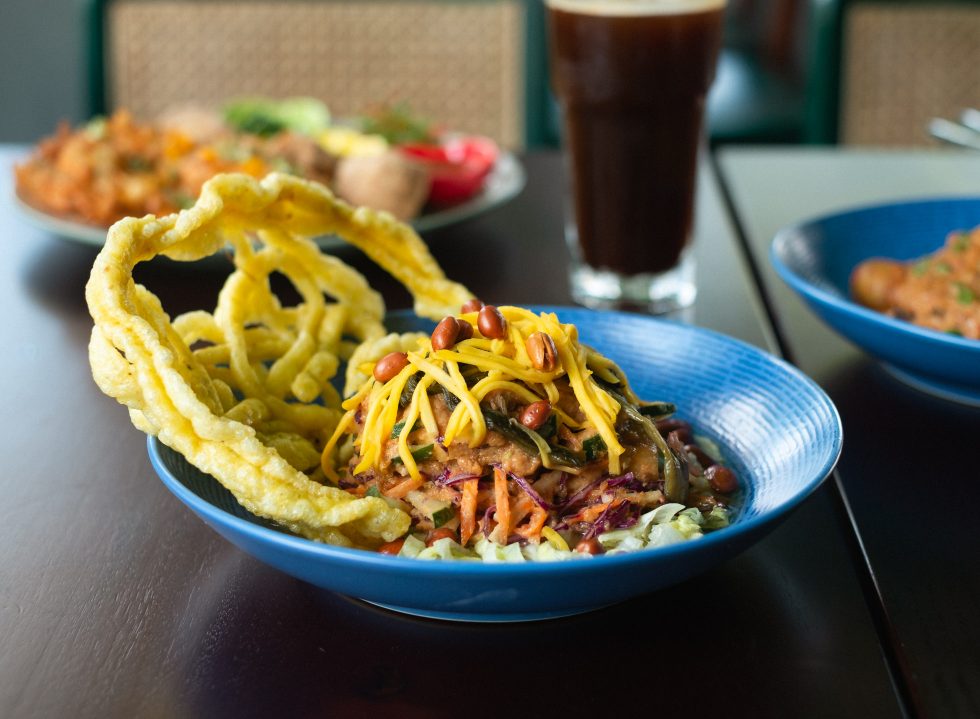 By Hana Oktavia A.
Share
Amongst Senayan’s list of hangout spots, newcomer Mikkro Espresso is kicking the coffee scene up a notch with their foolproof brewed beverages, Asian mains and comforting baked goods that will set anyone in an affable mood.

By now, the name Giyanti Coffee Roastery must strike a chord with the city’s coffee connoisseurs. On top of their specialty cuppa under the hands of experienced baristas, Giyanti’s claim to fame is also driven by personal customer’s experience where visitors can get a drift of the coffee they’re sipping.

Good news for their frequenters, Giyanti has recently come up with their latest offshoot down south with Mikkro Espresso in the Senayan neighbourhood. With a fresher take to its forerunner, the new coffee shop hones in on Asian fares to round off their caffeinated offerings.

Their moniker itself is taken from the Greek’s prefix, mikró, meaning small. Just like a coffee bean, Mikkro aspires to strike a strong impression despite their scale. This can be seen from their unfussy abode, where the two-storey coffee house charms with its vintage touch; rattan table sets, vivid old-fashioned tiles in a similarly archaic building. Once in, you will be greeted with warmth by the baristas-on-session and aroma of freshly brewed java.

For their bill of fares, Mikkro has a repertoire of Asian comfort food that stretches from breakfast to main courses. To the early birds, it’s only fitting that you pair their selection of croissants, such as their Ovomaltine or Thai Chicken Croissant with a classic cuppa joe like piccolo or a regular cap. Already an ace in the brewing business, any coffee at your disposal is bound to be a catch. However, don’t miss out on their refreshing house special Es Pasar Antik; the joint’s take on much-hyped kopi gula aren.

When it comes to the mains, savour in their hearty Deep Fried Chicken Sambal Matah served alongside a bed of rice and coated with shredded mango, or slow-cooked Beef Ribs Rendang for those in favour of rich spices. Should you plan on having it the true Indonesian way, then call for their Tahu Pong and Bakwan Sayur for a little party to share.

While Senayan never falls short of F&B experience to offer, Mikkro draws us in with the nostalgic spell found in Giyanti, making this spinoff coffee shop feel familiar and affable to have in the posh neighbourhood. 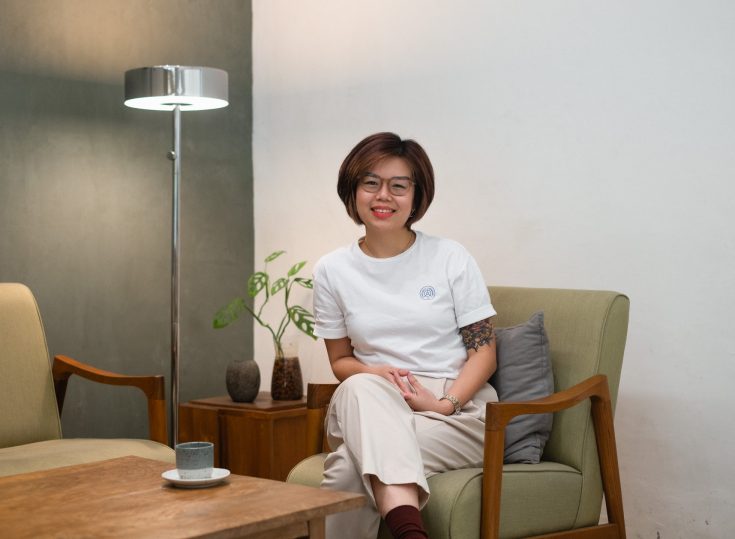 She Calls the Shots: Angeline Lauwrence

With the passing time and trends, a refreshing sight in the coffee industry is seeing women leading and progressing the scene. In partnership with Kopi Kalyan, Angeline Lauwrence talks about running her own specialty coffee shop and her hopes to become more impactful in the industry. 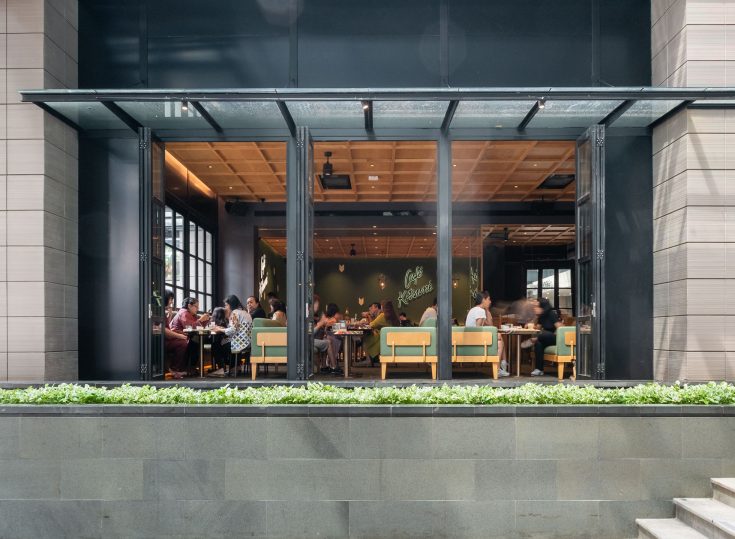 A Foxy Welcome to Café Kitsuné

The fox welcomes the city’s lifestyle buffs with the arrival of Café Kitsuné. The French-Japanese lifestyle house set its flagship on the grounds of ASHTA District 8, flaunting their well-anticipated cafe and ready-to-wear label to the delight of its army of devotees. 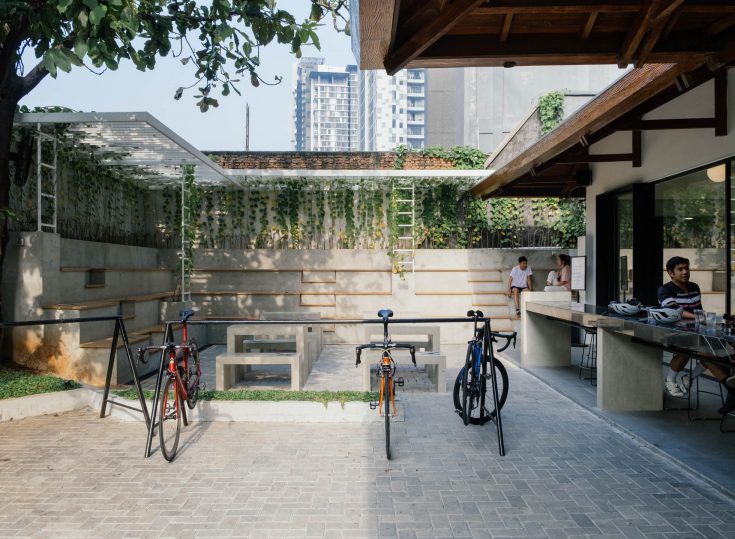 Bedecked with an outdoor tier-seating, Dopa Coffee is a crowd-pulling stomping ground for the city’s morning cyclists seeking wholesome recesses with coffee and brunch among a warm and enthusiastic community. 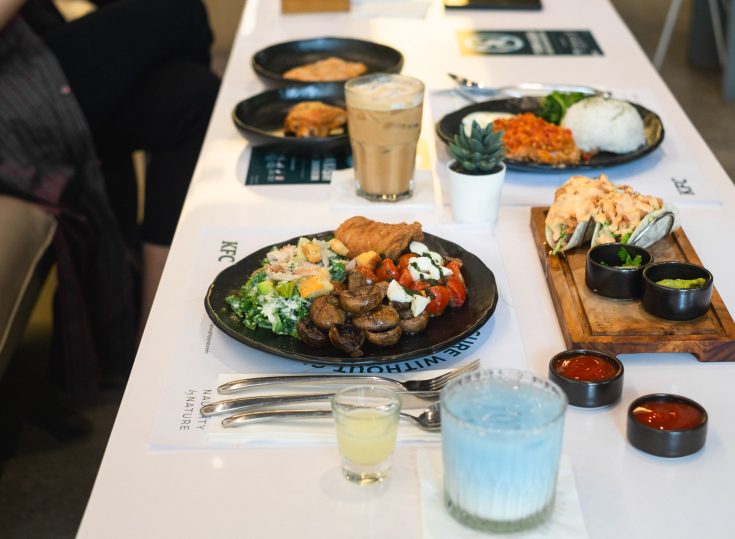 KFC Indonesia marks a new chapter with the arrival of Naughty by Nature in Senopati. Recently opened to an enthusiastic crowd, the brand’s first concept restaurant collides its world-famous fried chicken with a health-conscious menu. 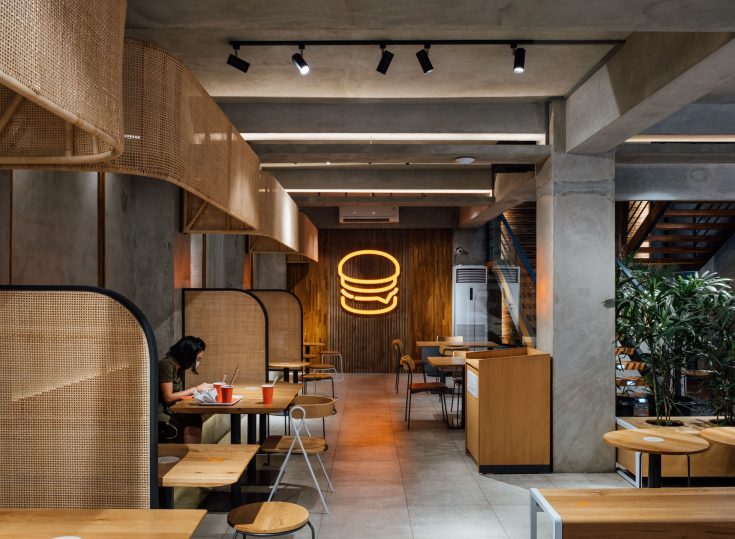 Bandung-based GUZZBUN hails to South Jakarta for a first permanent home in Radio Dalam where they offer a rundown of classic burgers spun with a twist inspired by Japanese staples and packed with punchy umami to guzzle. 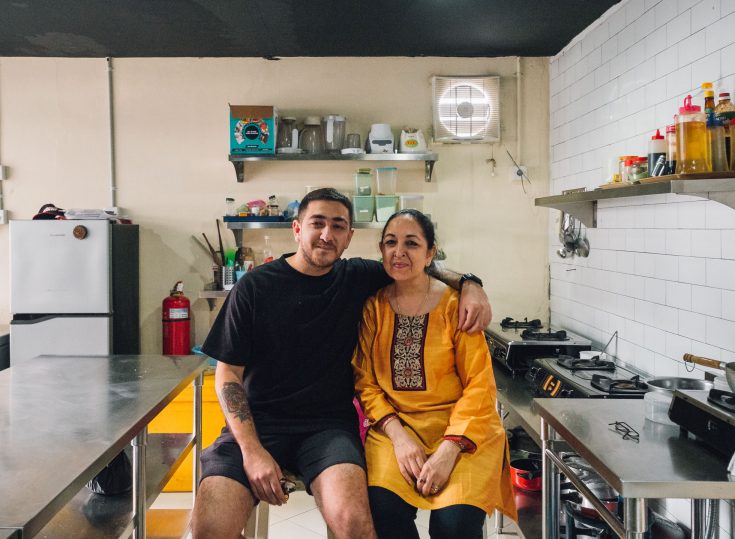 In The Kitchen with Tamish and Henna Aswani

In the festive spirit of the nearing Diwali holiday, Tamish Aswani and Henna Aswani of Masti Biryanis & Kebabs talk about the speciality of Mango Kulfi, India’s traditional ice cream. Together, the mother-and-son show how the homespun dessert should be done for this instalment of In The Kitchen.