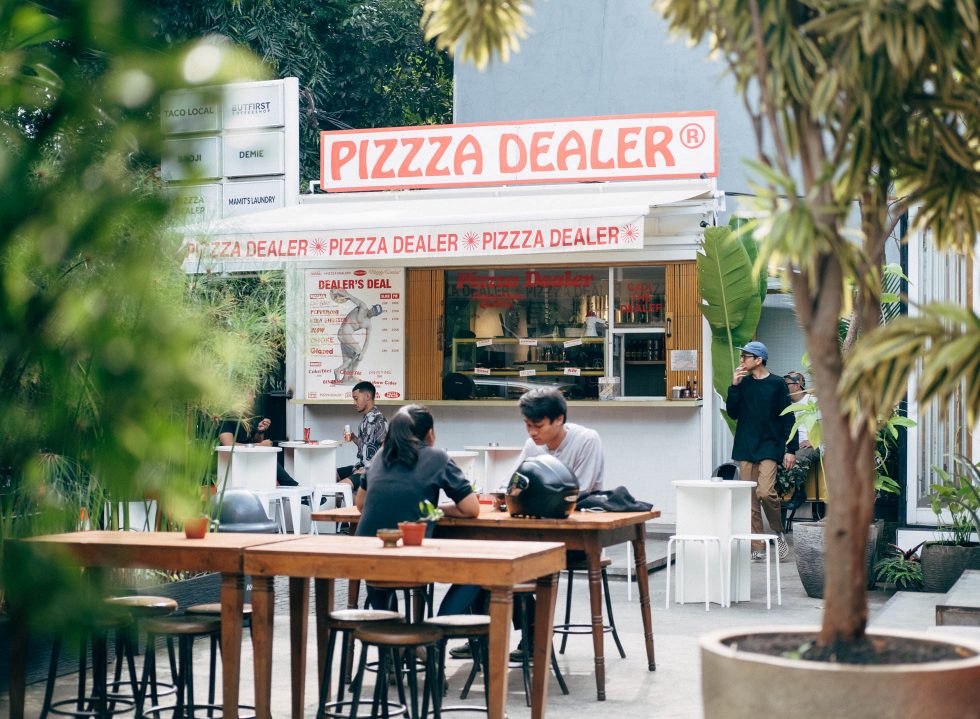 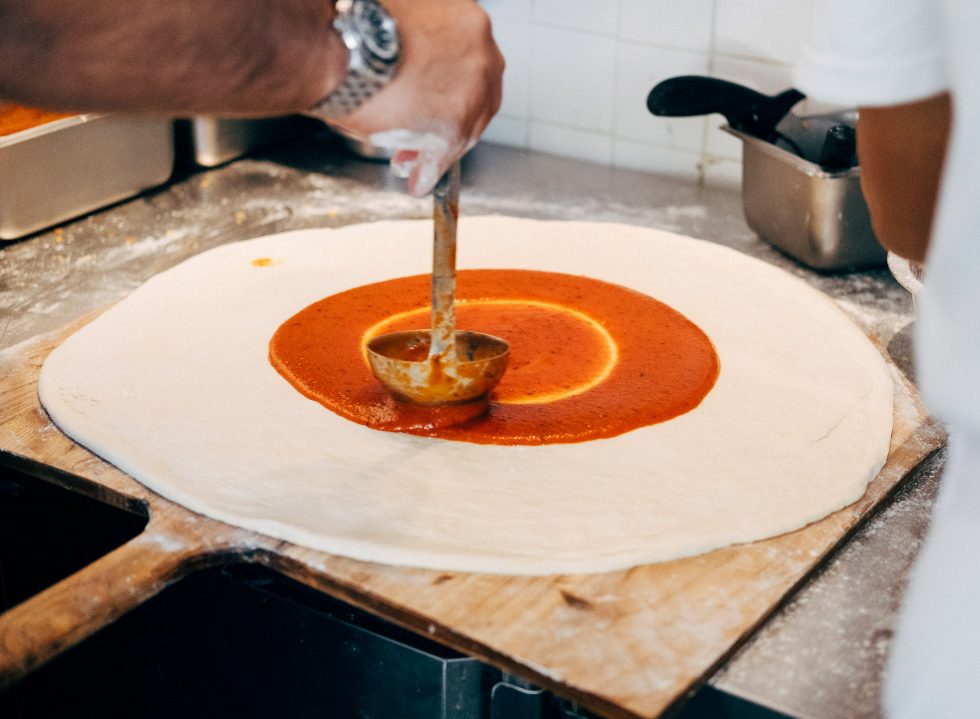 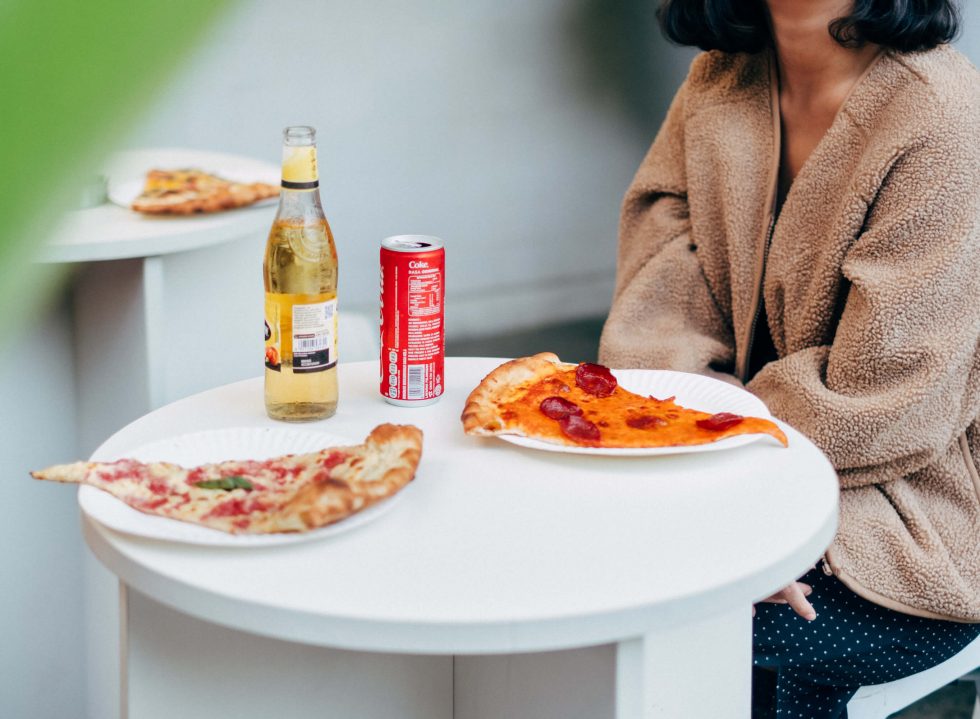 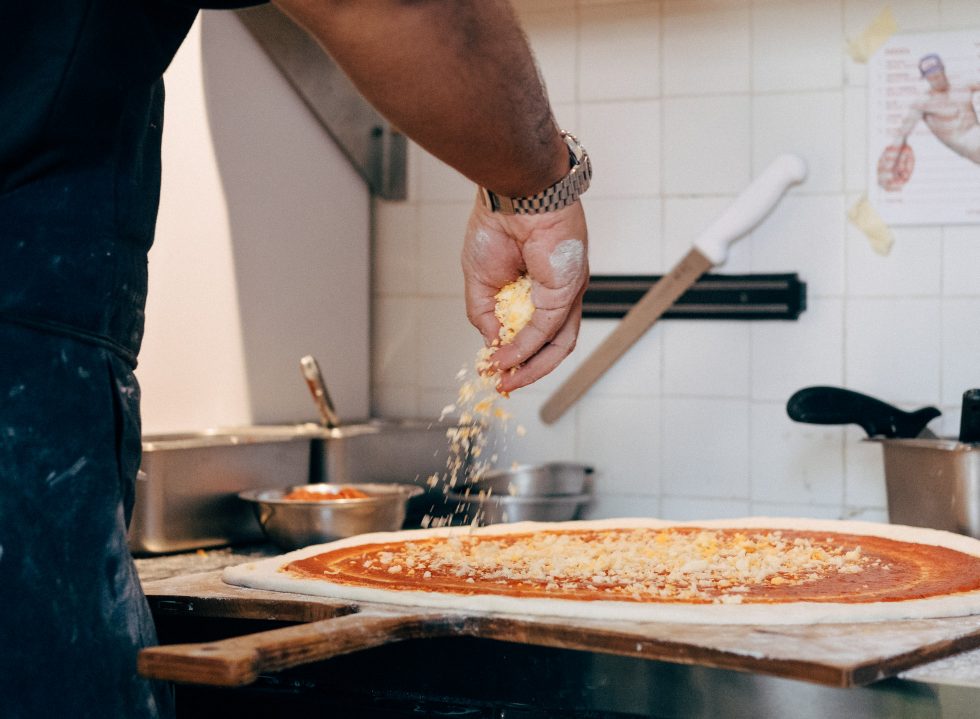 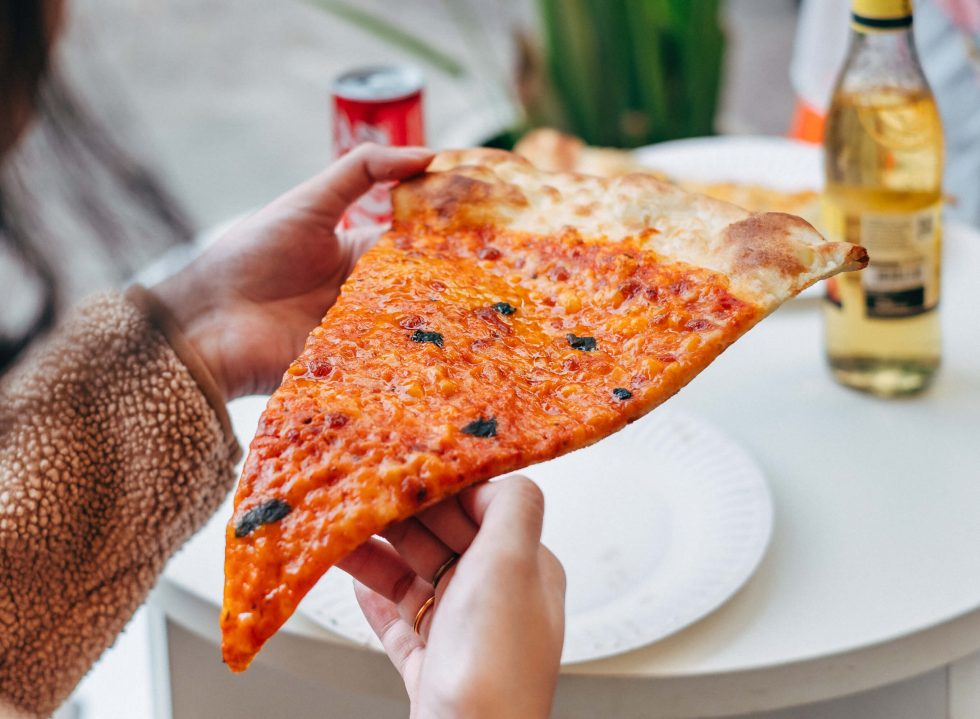 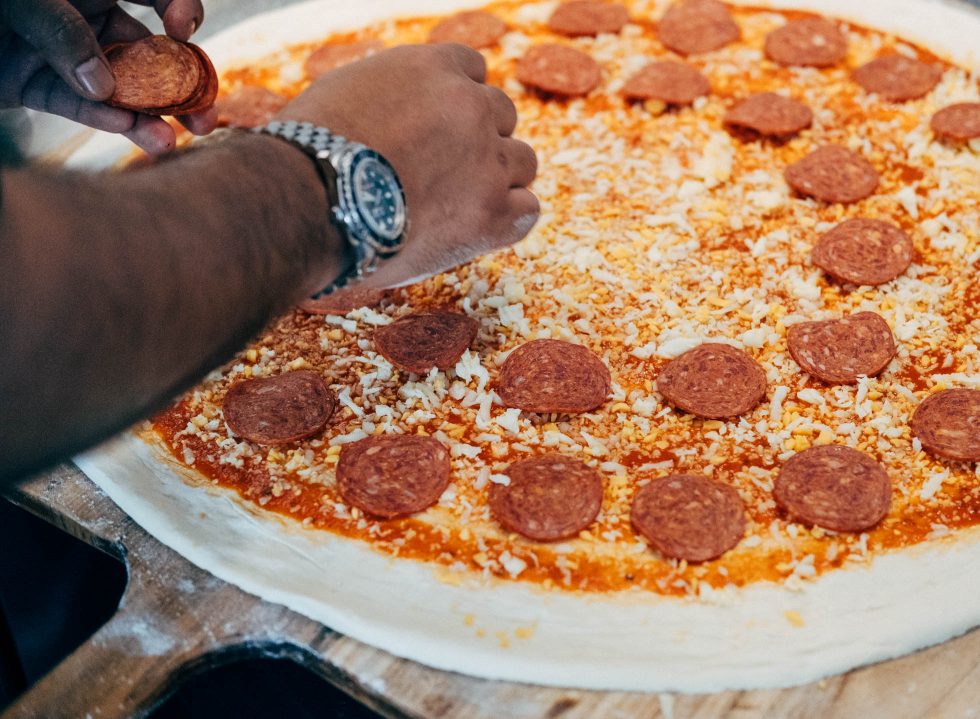 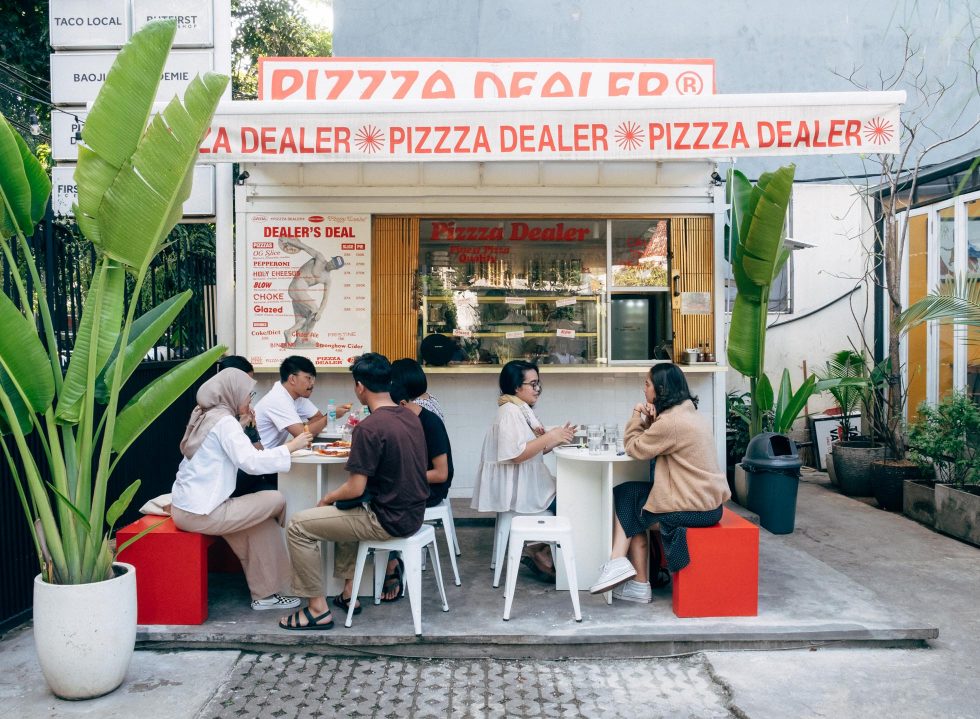 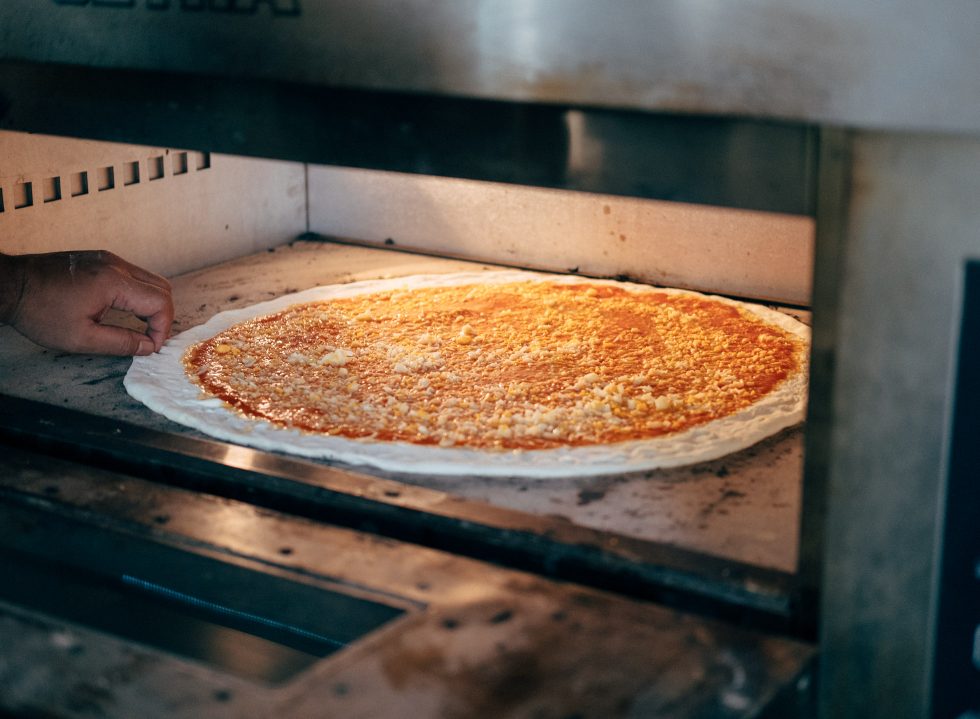 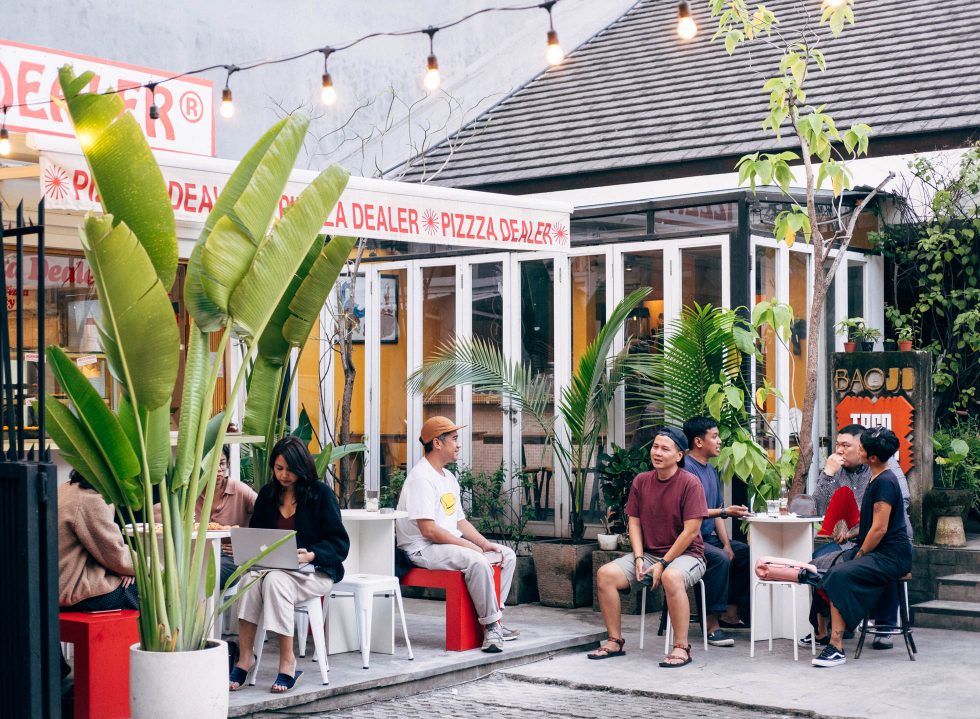 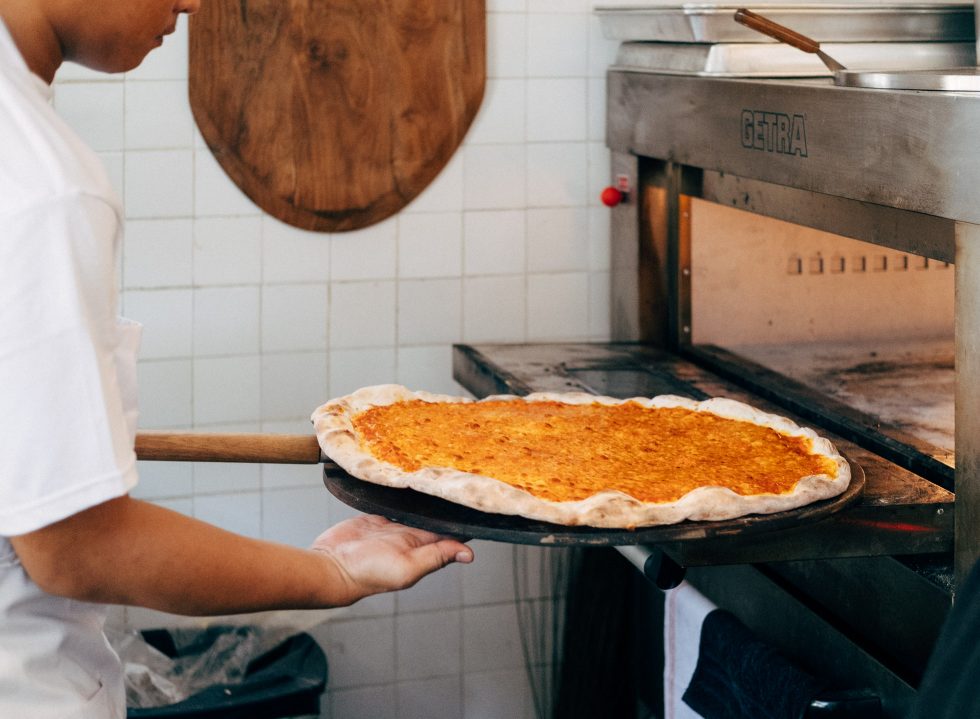 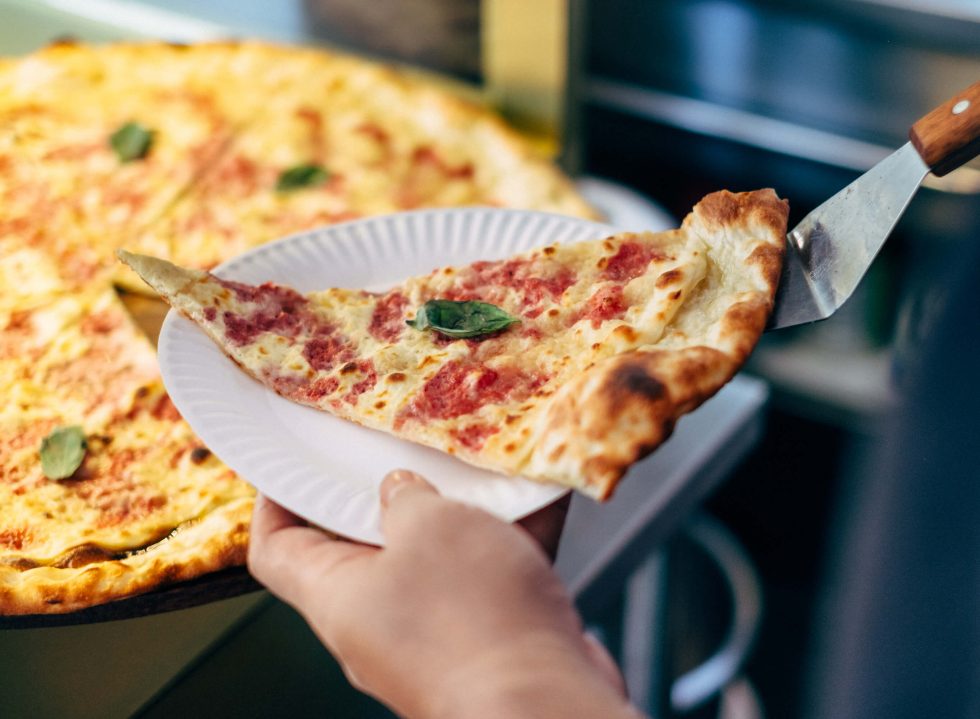 To the upbeat urban dwellers, “hang-out” is synonymous to Pelaspas Dharmawangsa, the neighbourhood hub that houses easygoing dining spots like DEMIE Bakmie, BUTFIRST Coffee and the iconic colour-blocking bar, Slits. Only recently, the thriving joint welcomes its late bloomer, Pizzza Dealer which calls comers for a hefty slice and hours-long of catch ups.

Fixed near the patio outfront, the pizzeria joint boasts solid New York vibes; clean lines and pops of red for their signage flaunt the moniker and their striking menu alongside its window. A snaking line of hungry comers stand patiently before the booth’s window can see a playful adaptation to Myron’s classic Discobolus sculpture—where instead of launching a disc, this one launches a pan full of pizza while rocking a ‘Pizza Guy’ hat—for an easy start to a conversation.

Combining New York-style and Neapolitan-style pizza, their mouthwatering options result in a thin crust with hefty toppings sold by the slice. Enjoy the crowd’s favourite OG Slice or Holy Cheesus (a four cheese pizza on bechamel sauce). For those who would rather stick to the basics, a toothsome Pepperoni never goes out of style. Their sweet spin, Glazed, is a slice of berries and honey on cream cheese spread baked like a classic. It goes without saying, kick it down with a can of soda or beer for a stronger kick.

While New York-style pizzas are usually enjoyed individually, to share a pan full with your friends at Pelaspas’ front patio sounds quirky too. So before the the seats run out and the booth is jammed with hungry flock of guests, make sure you get there slightly earlier before the dealer starts trading.