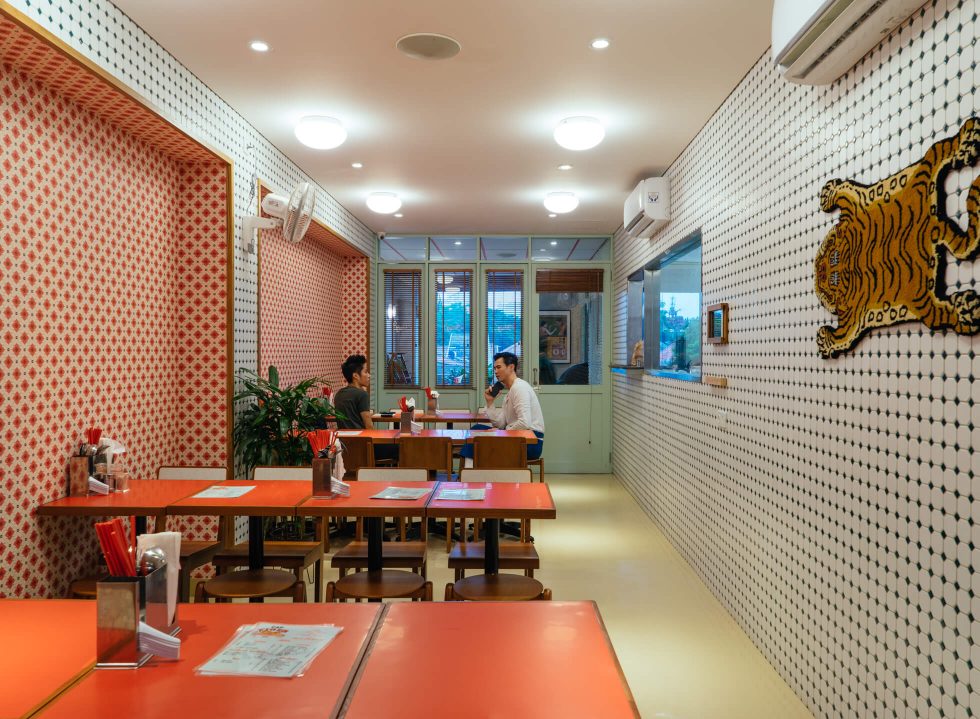 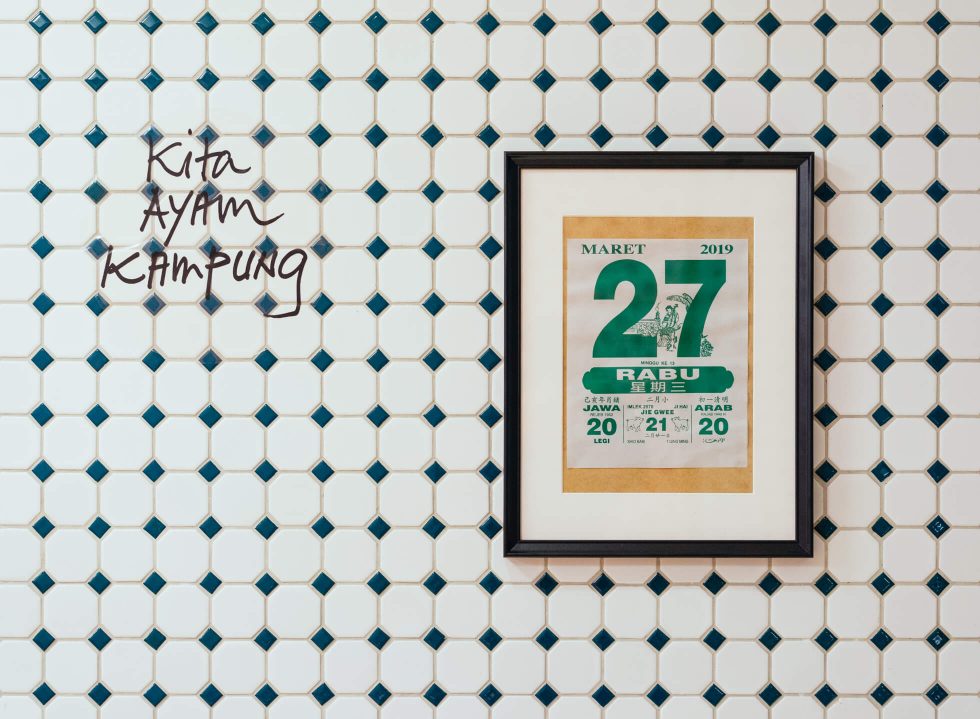 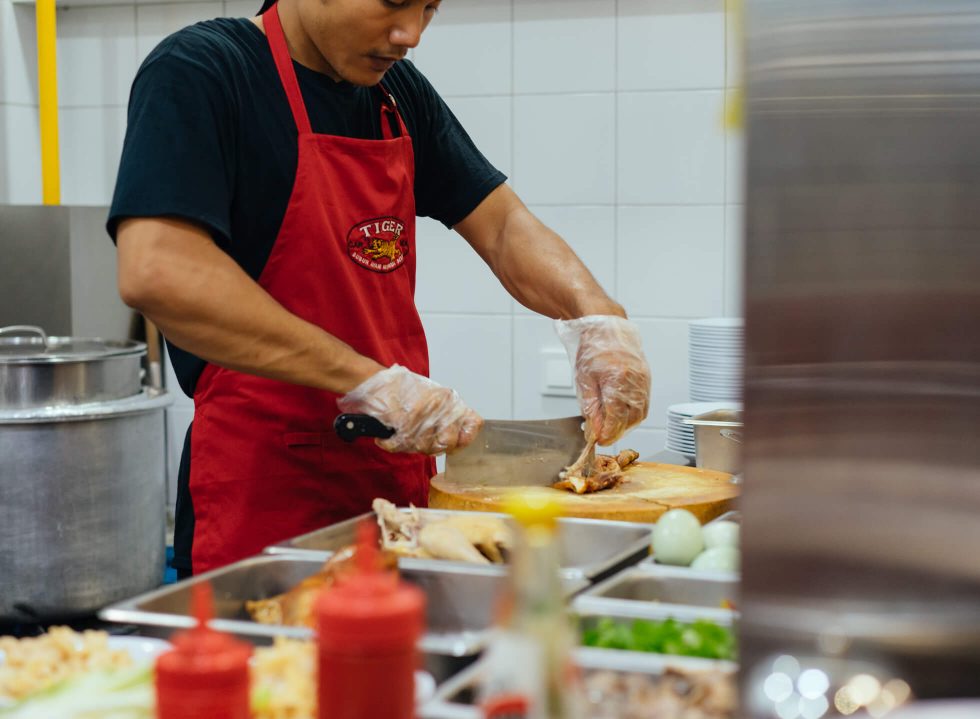 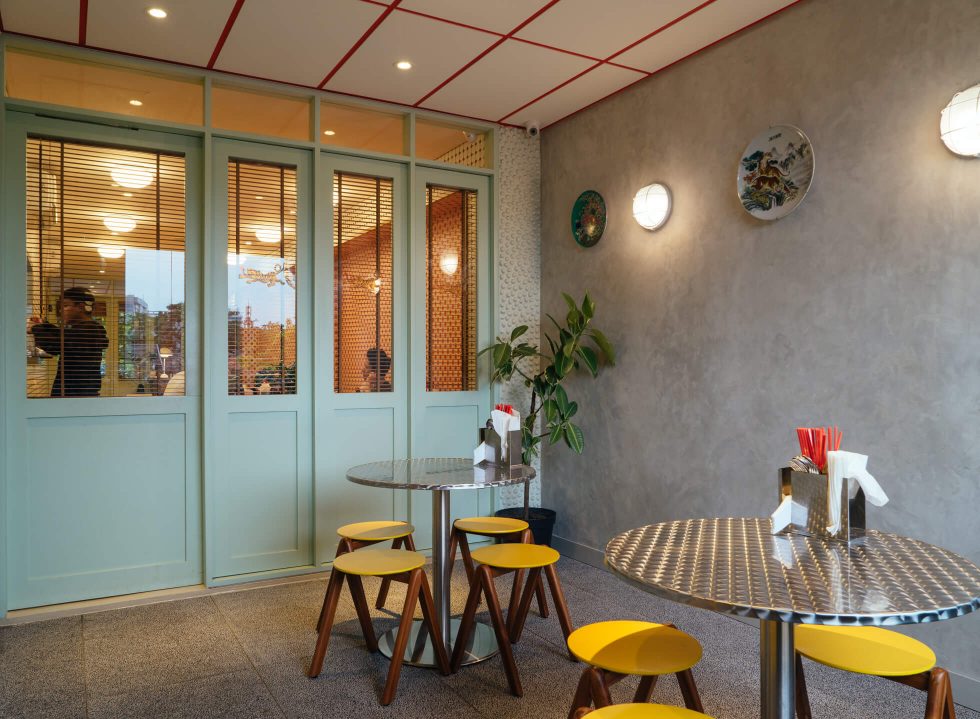 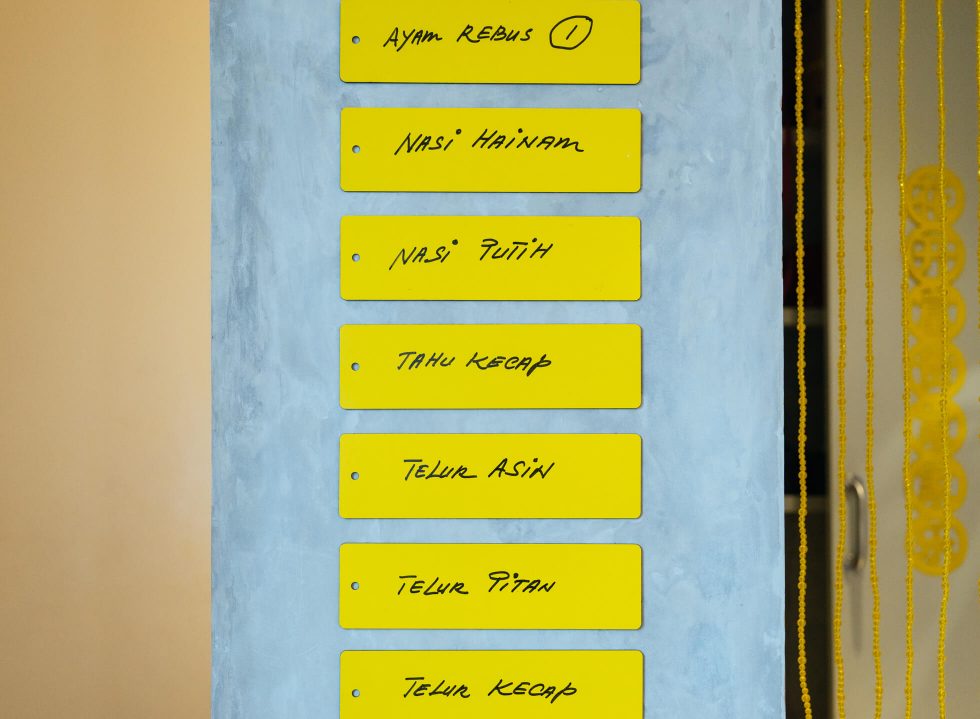 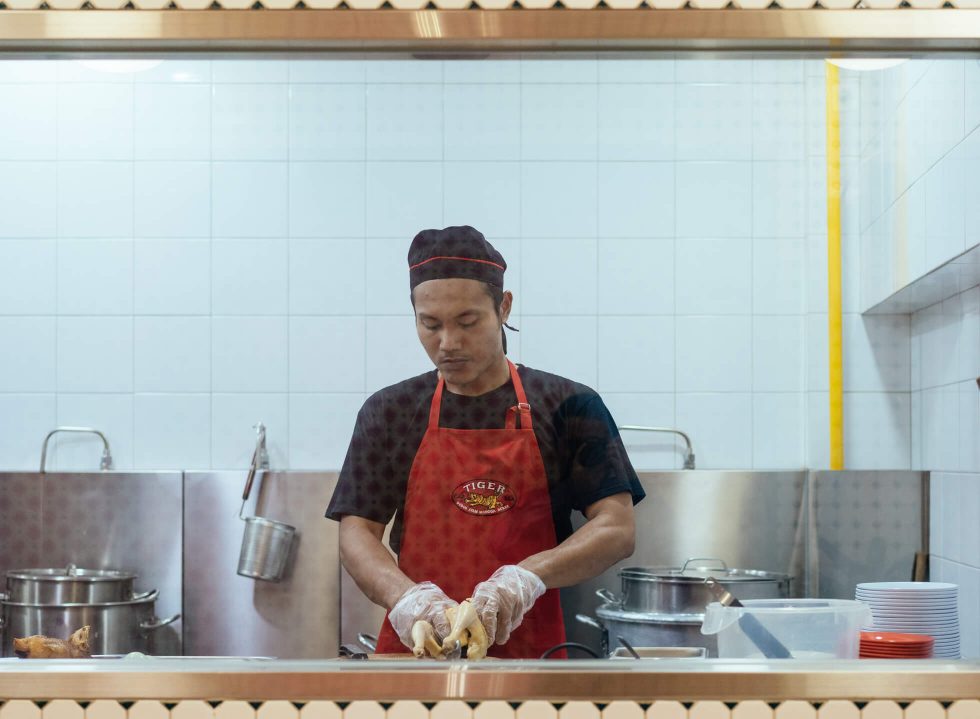 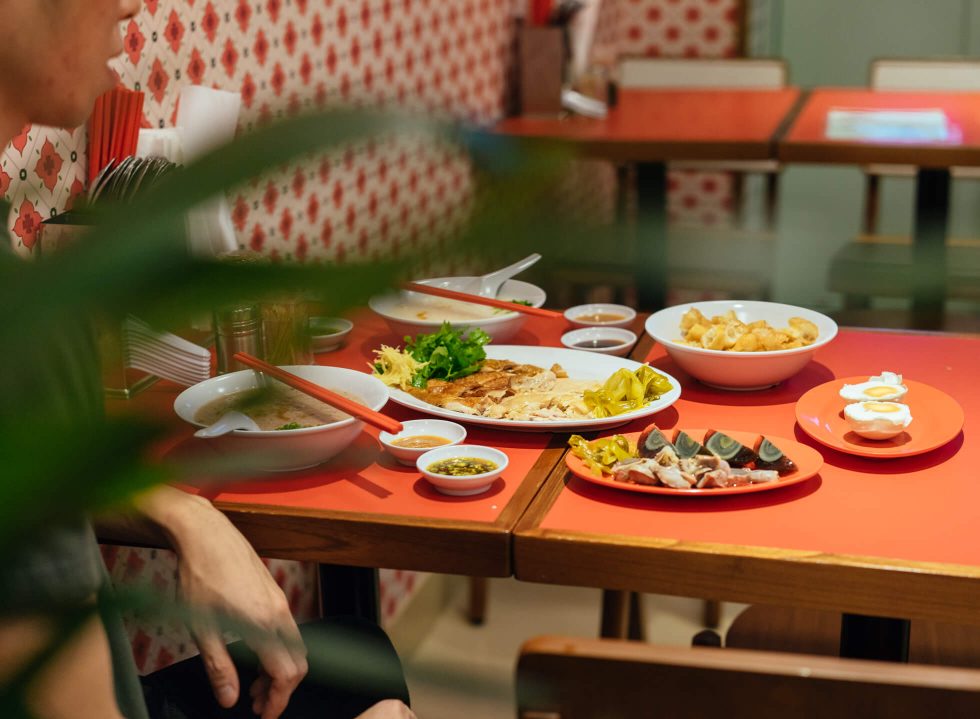 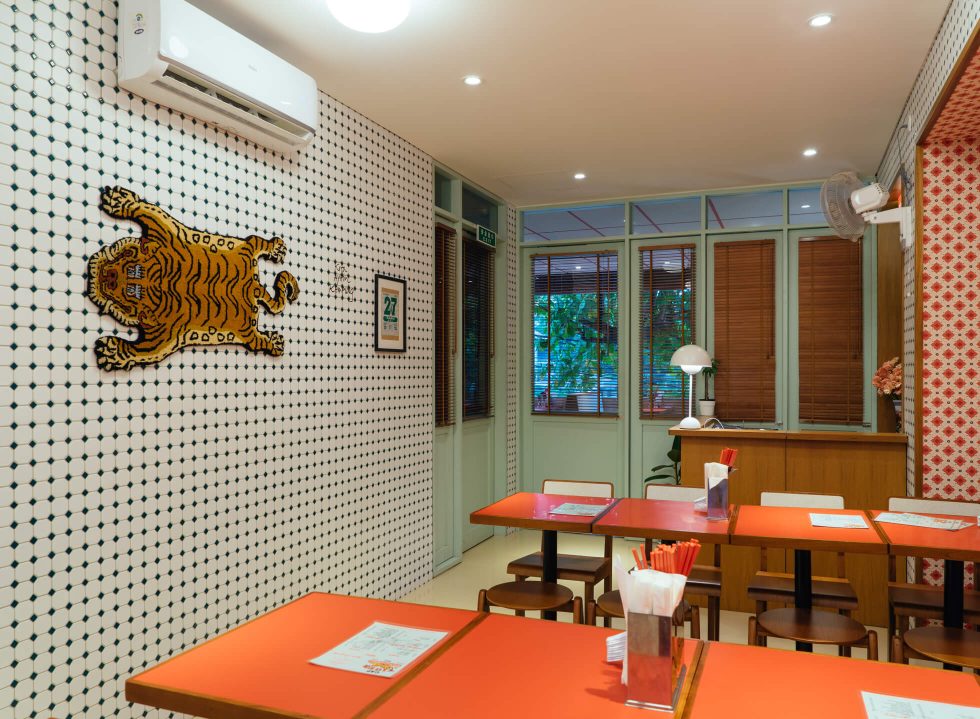 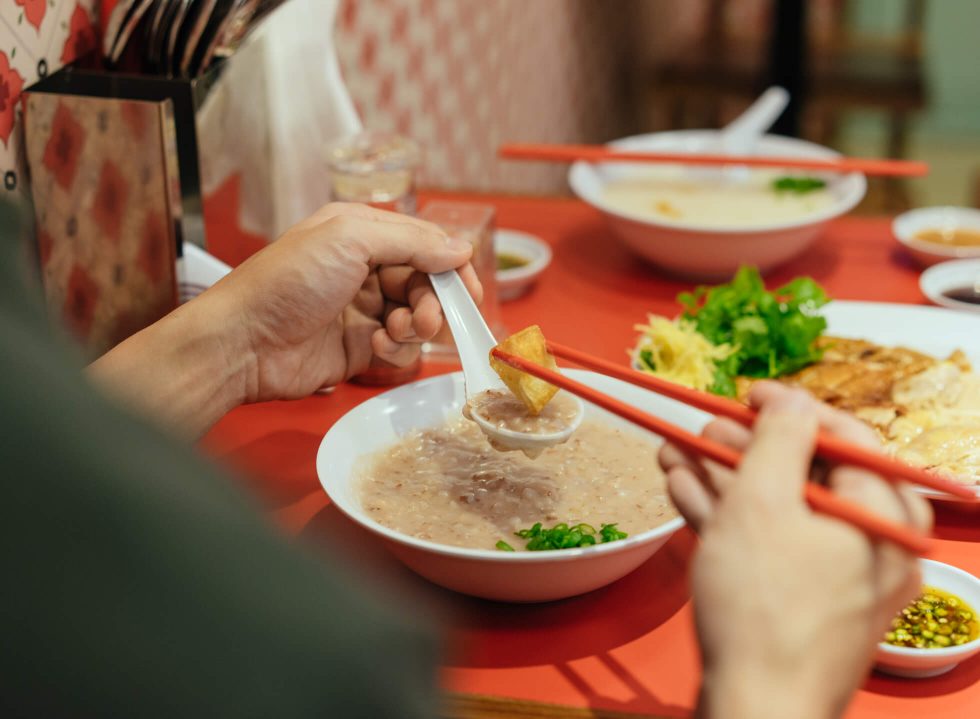 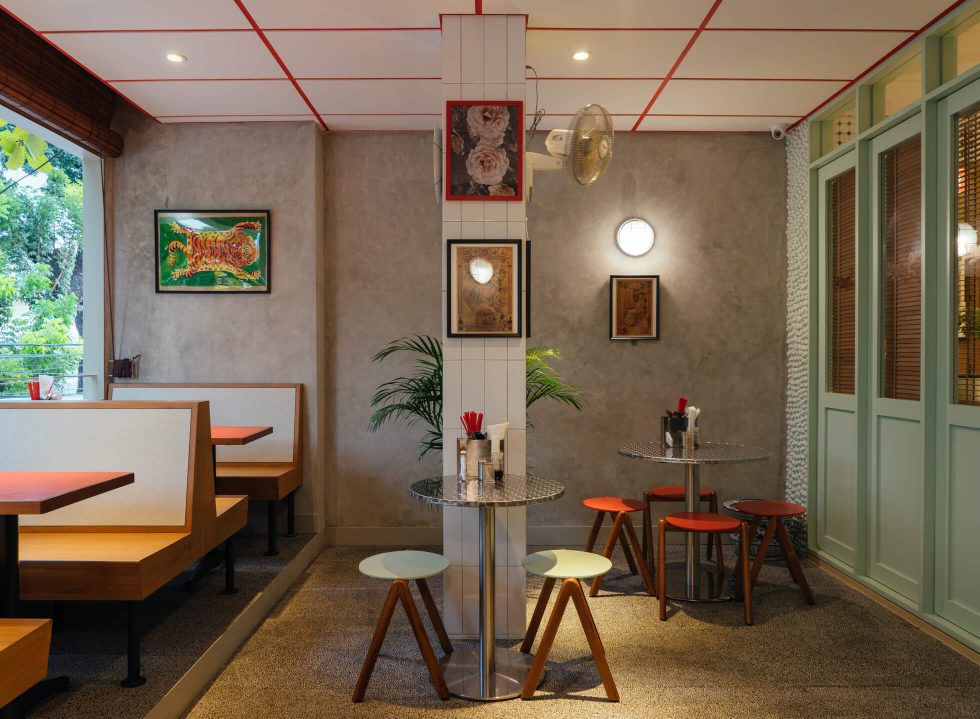 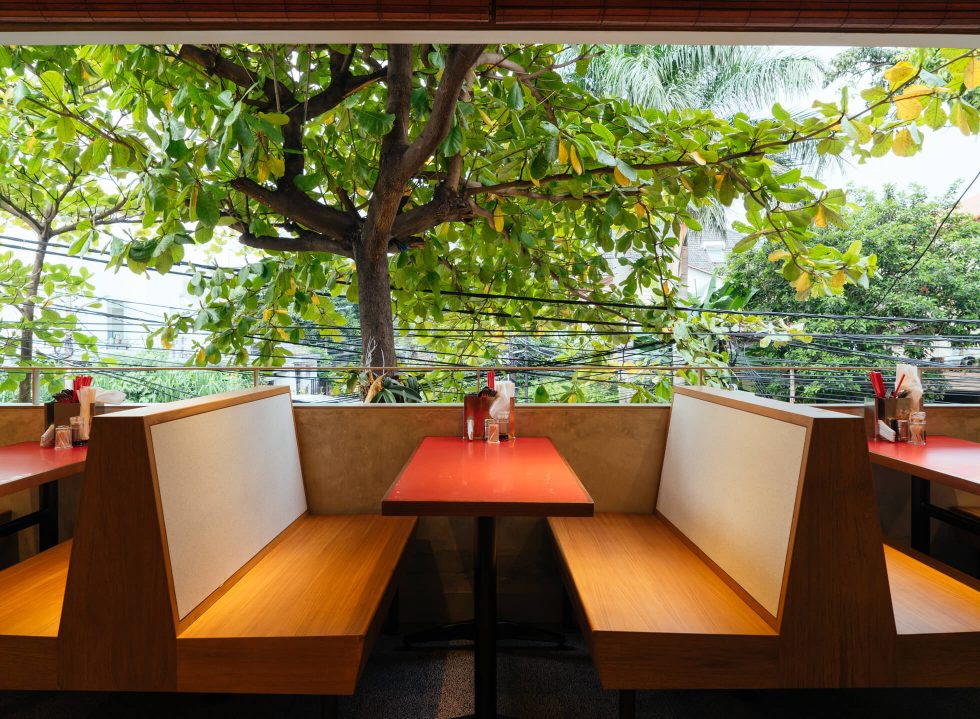 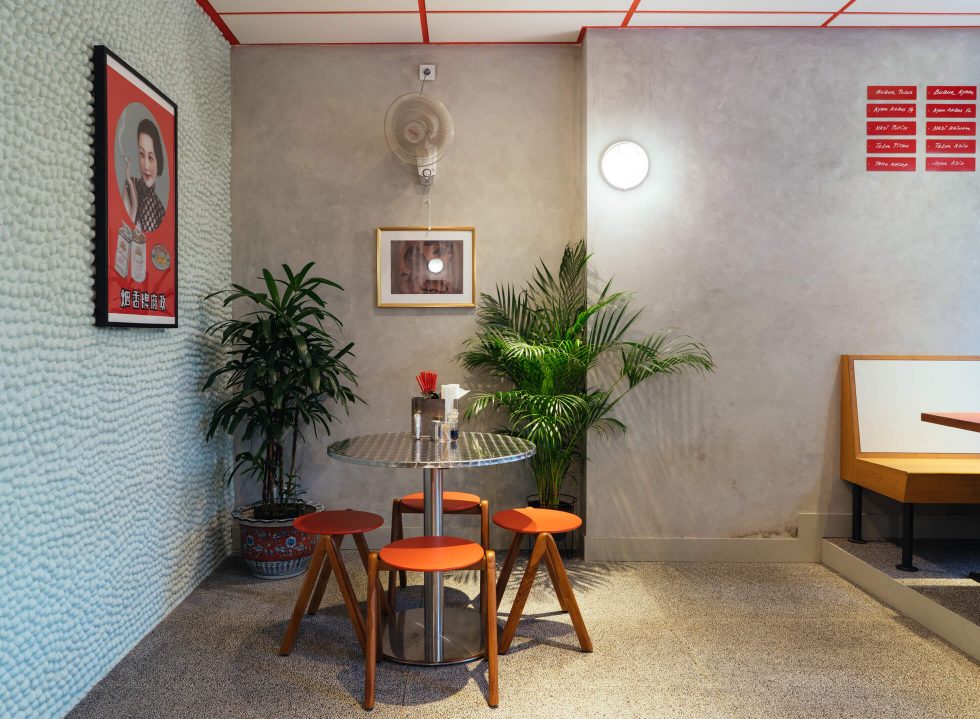 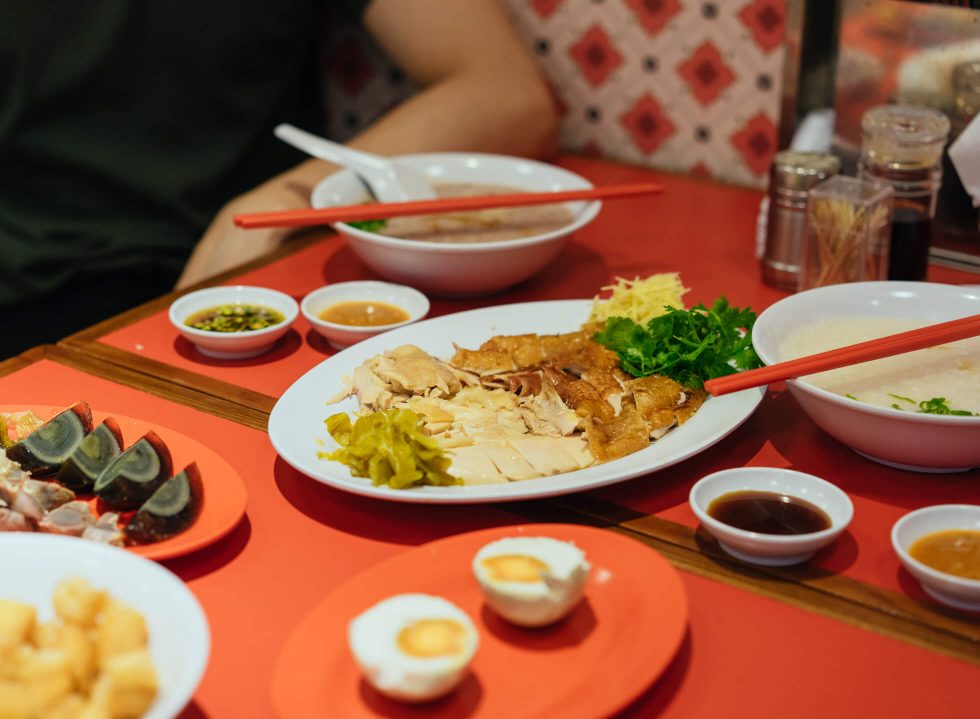 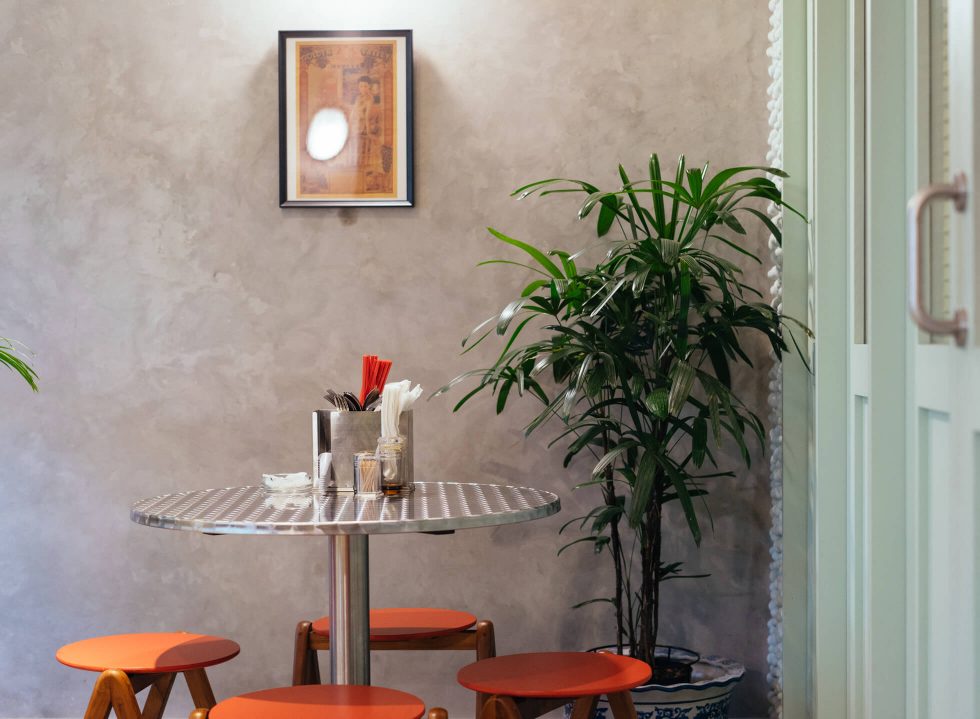 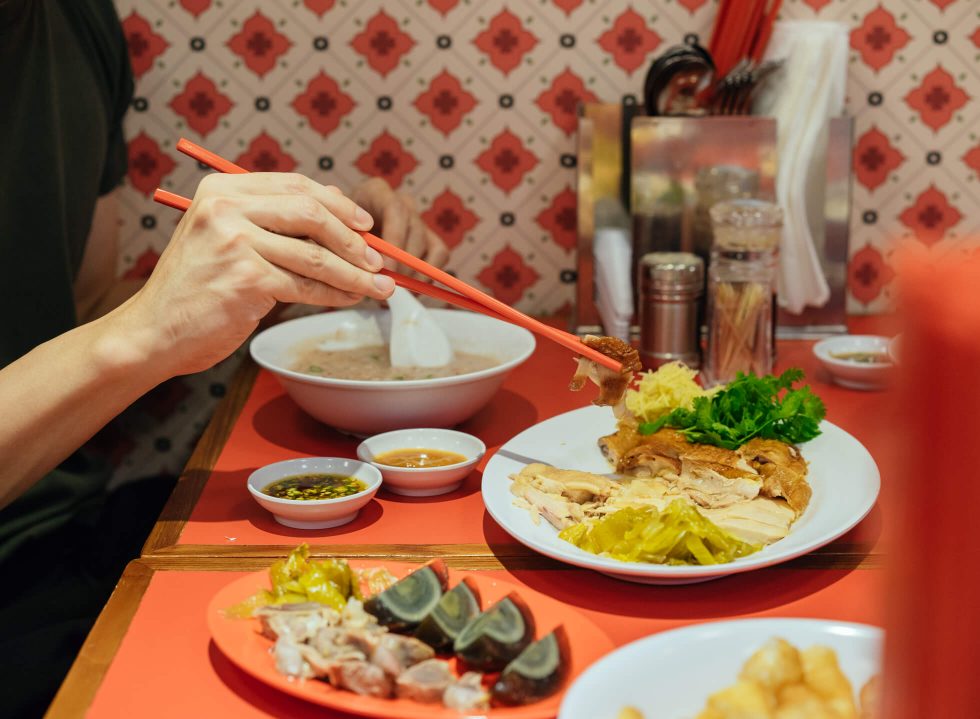 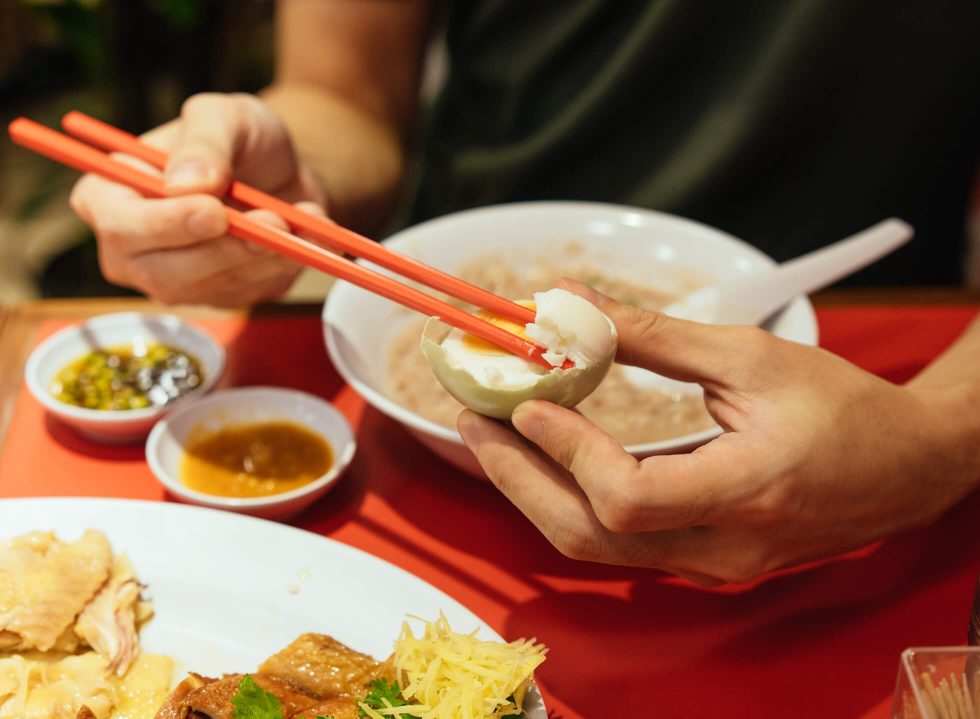 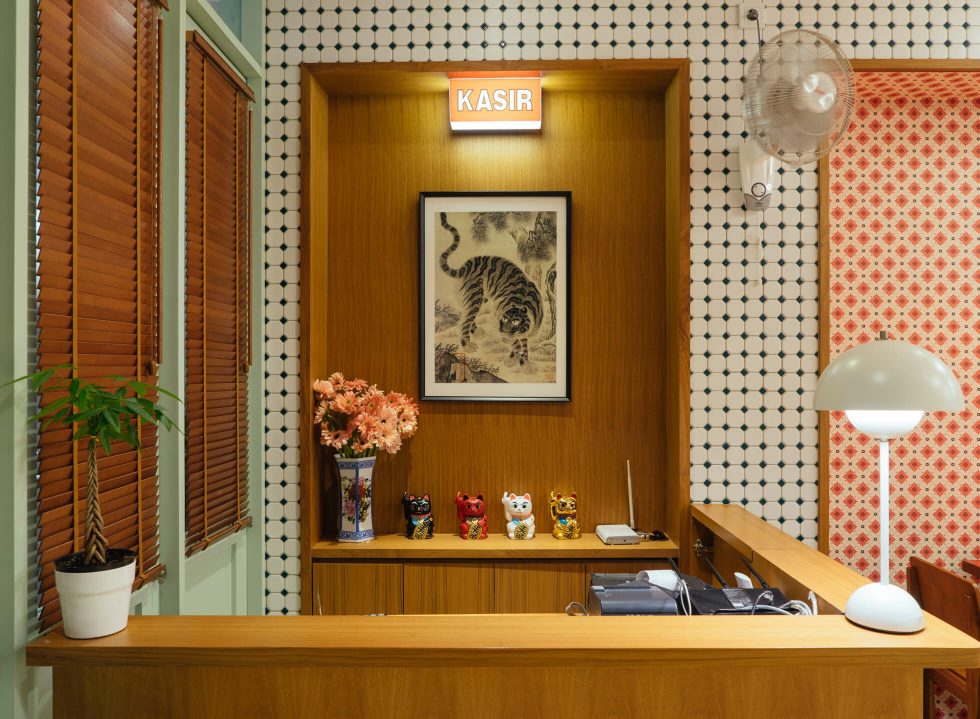 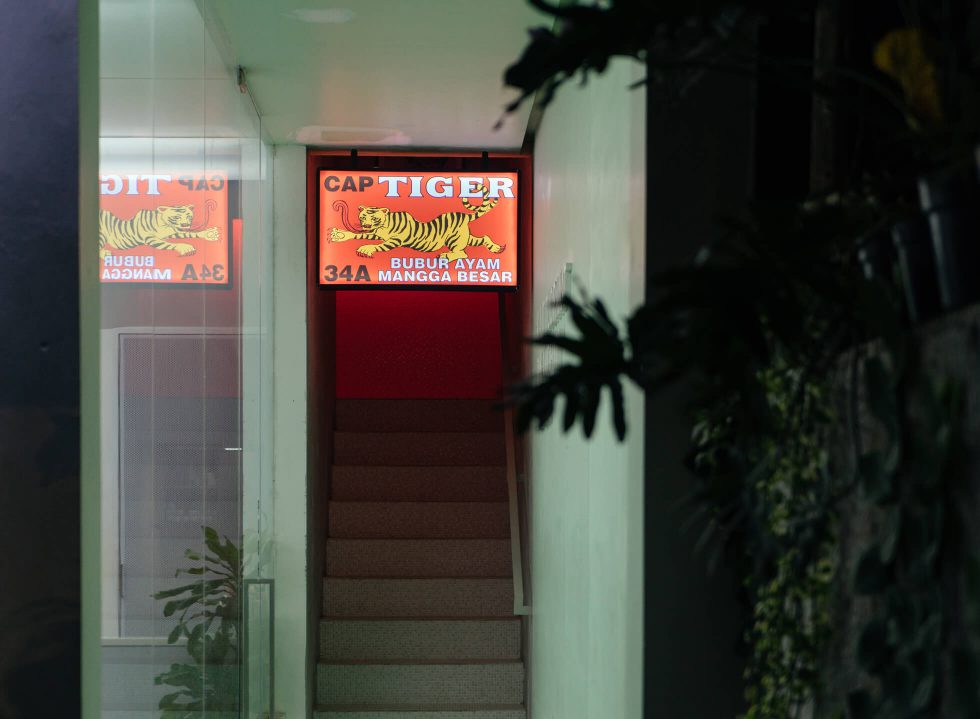 When it comes to grabbing a meal in South Jakarta, especially in the sought-after neighbourhood of Senopati, Cikajang, Kemang, and the likes, the rule of the thumb is to be prepared to blow a hole in your wallet. While there are cheaper alternatives out there for sure, it’s almost impossible to find an establishment that has it all: nice ambience, good food and pocket-friendly prices. Often times, you have to pick two out of the three and sacrifice one.

If there’s one thing that Bubur Cap Tiger has proved, it is to never say never. Nested on the second floor of an unassuming building along the hectic strip of Cikajang with a blink-or-you’ll-miss-it entryway, Bubur Cap Tiger has been attracting crowds through words of mouth and social media simply because they have fulfilled what was always deemed impossible when it comes to dining in South Jakarta.

With the colourful and mood-lifting interior that’s designed by Rafael Miranti Architects (that counts Honu and The Slow as their clients) and offbeat branding by Michael Killian (who’s also behind the branding of Demie Bakmie), the visual of Bubur Cap Tiger is everything that one would expect from the youth-centric establishment in South Jakarta. But combined with Bubur Cap Tiger’s delish food that’s friendly on the wallet and you’ll find yourself a sure win formula.

Just as the name suggests, Bubur Cap Tiger specialises in porridge. Chinese style chicken porridge, to be exact. As such, there’s really no need to ponder on what to order. Choose your carbs (porridge or the Hainan rice), then the protein (poached or grilled chicken) before moving on to the sides, which includes century egg, gizzard and salted vegetable. The generous amount of chicken broth in the porridge will most likely warrant another serving.

Nevertheless, the most important thing is that Bubur Cap Tiger operates until wee morning hours during Friday and Saturday. Obviously it’s the ideal spot to freshen up with a bowl of warm porridge after a long night of drinking as opposed to the usual, not to mention unhealthy, fast food joint. All in all, Bubur Cap Tiger is the perfect example of delivering humble conventional dish with a twist without resorting to sacrificing its taste and tradition.