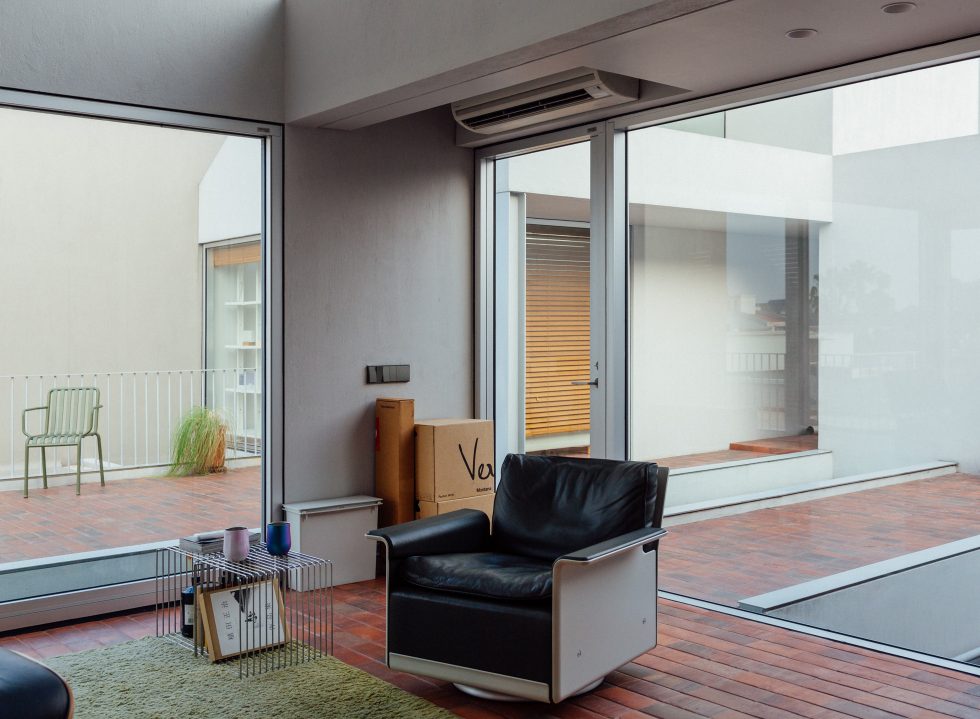 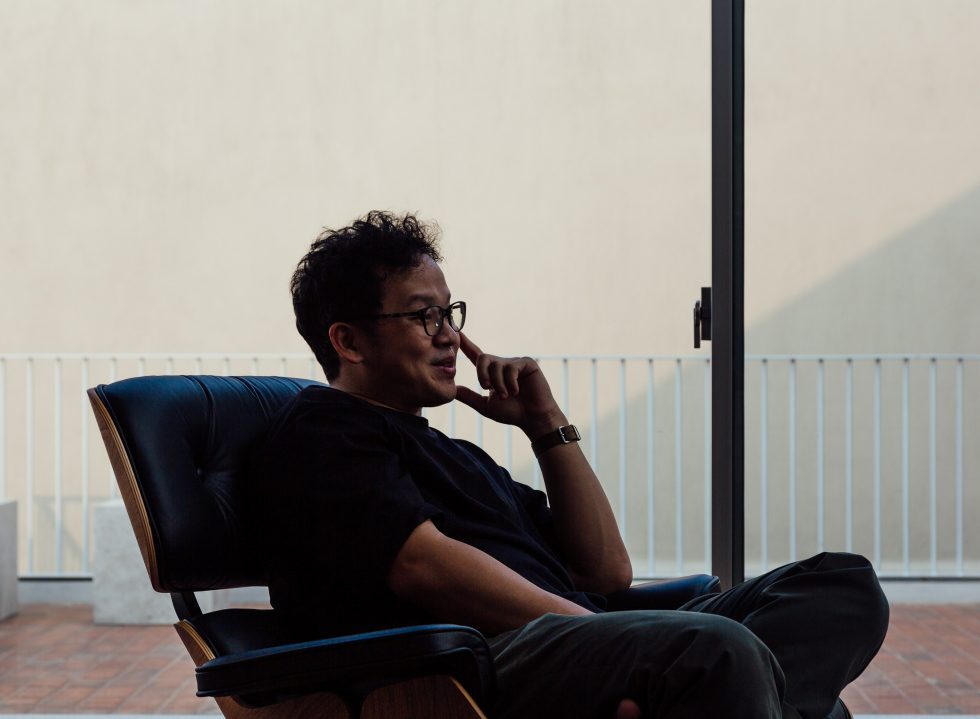 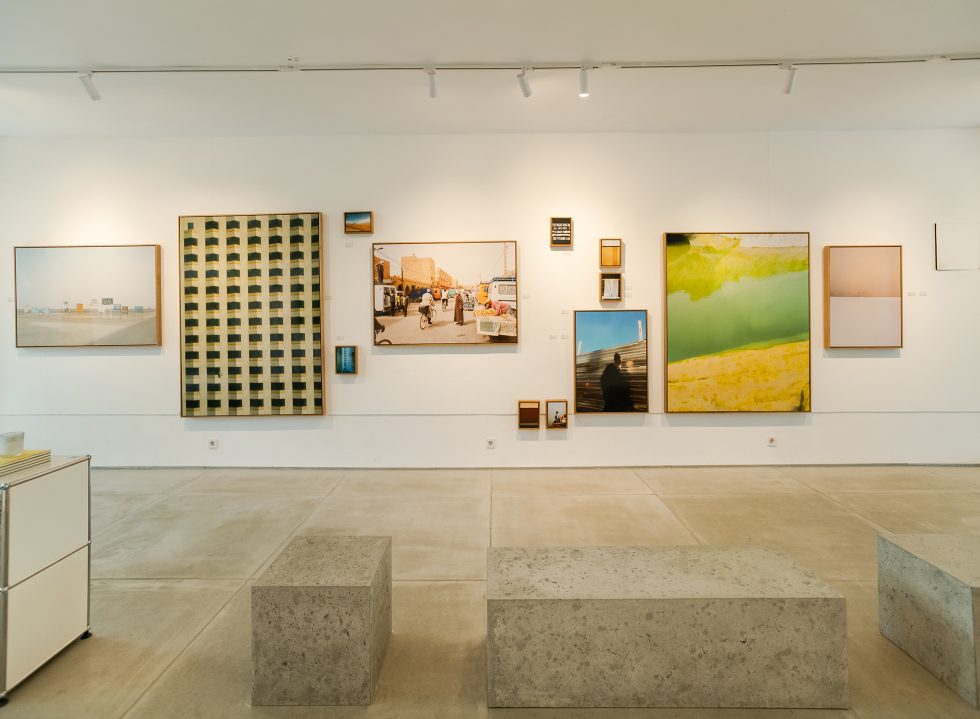 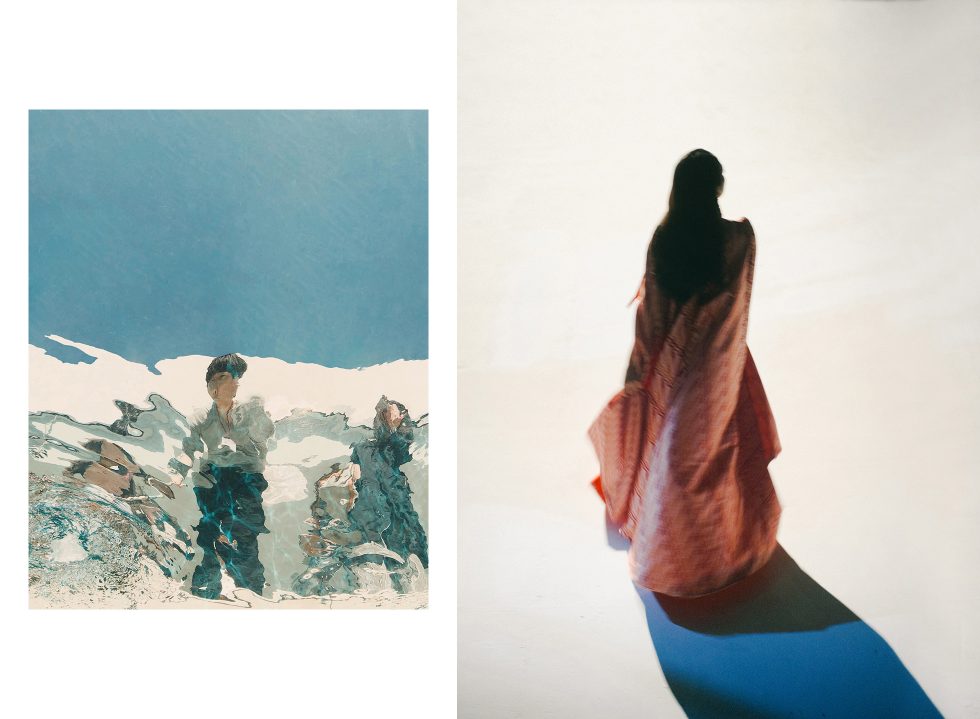 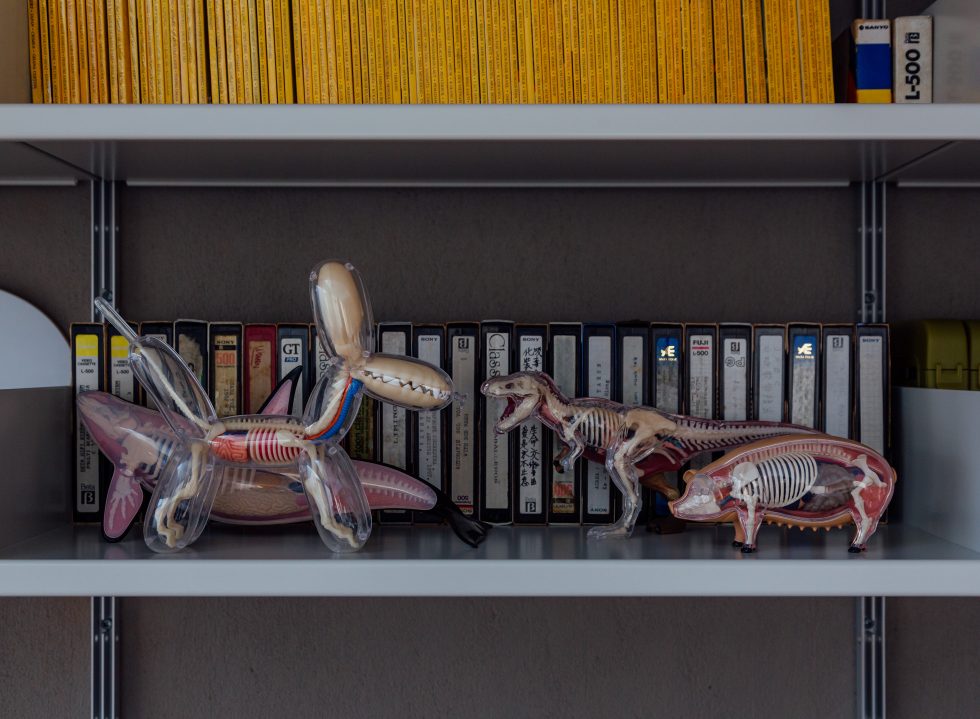 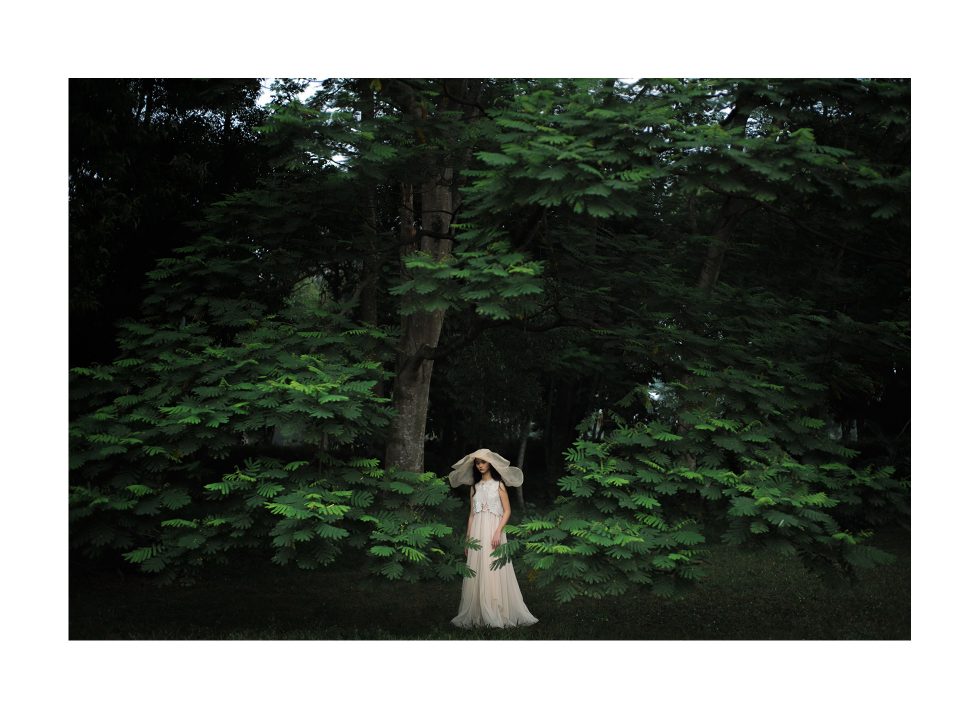 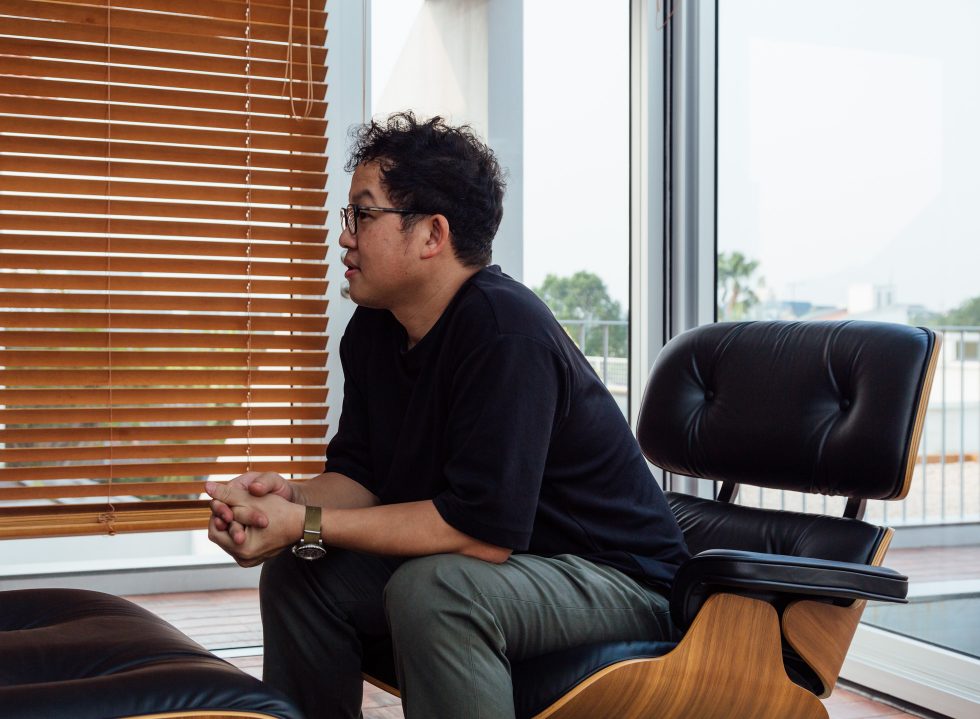 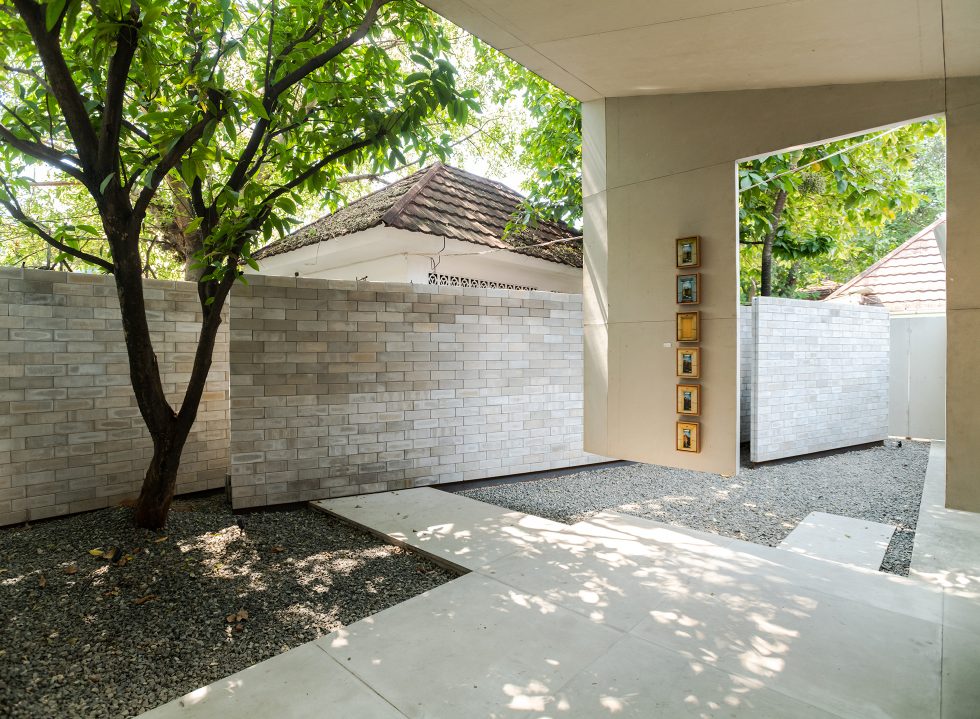 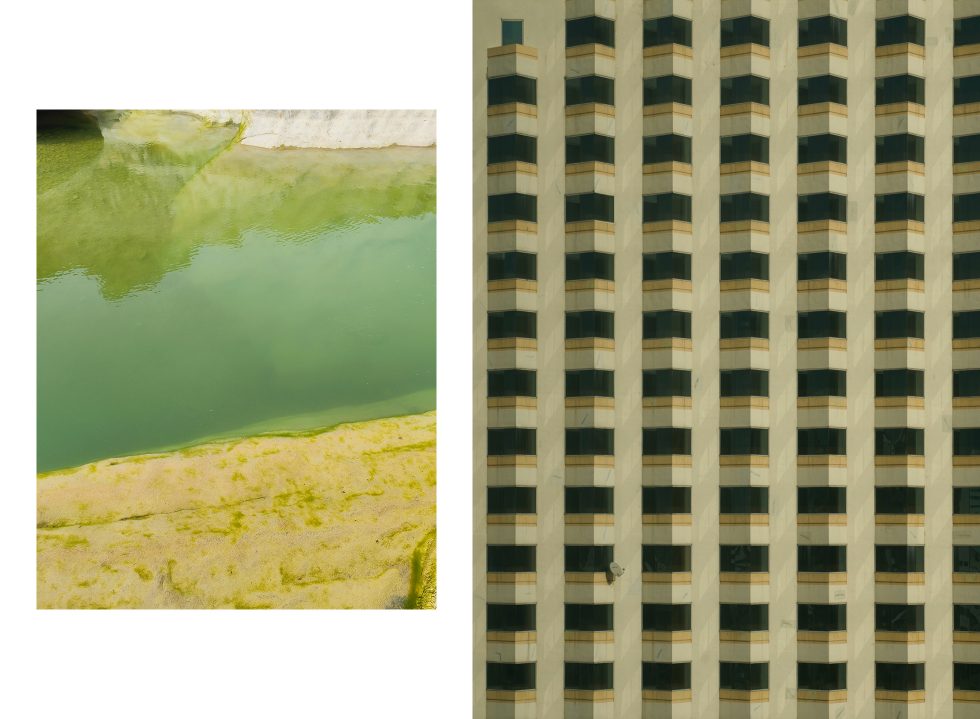 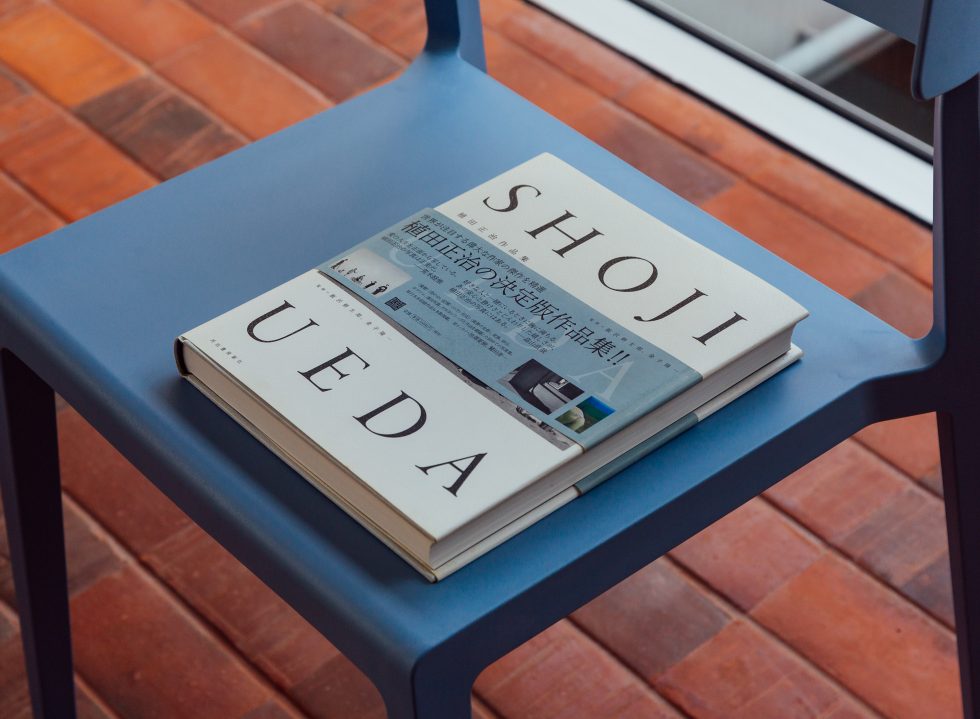 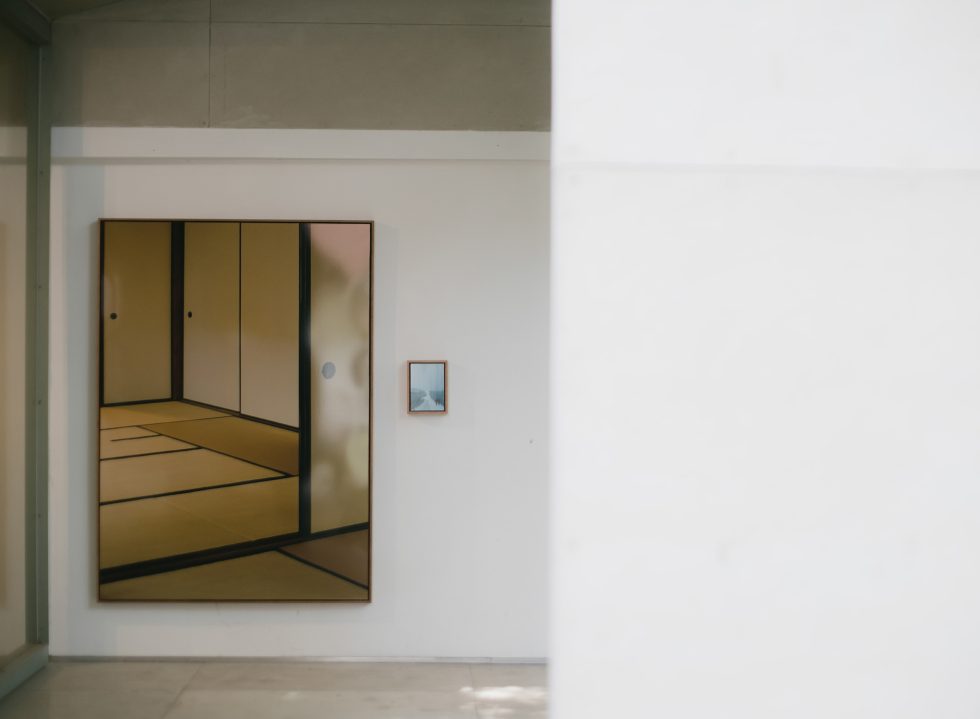 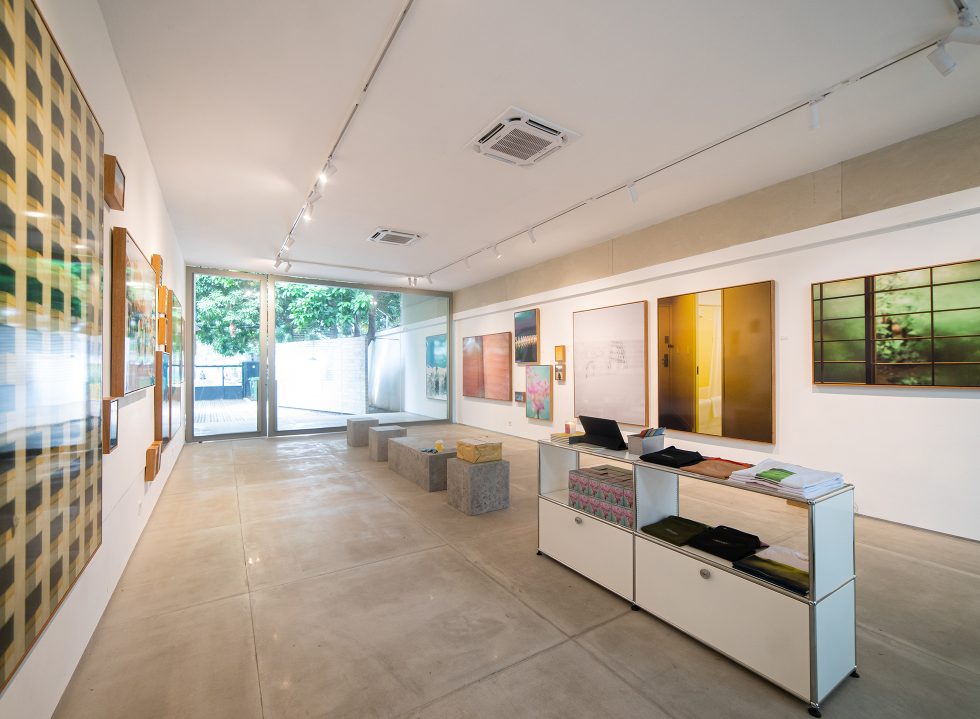 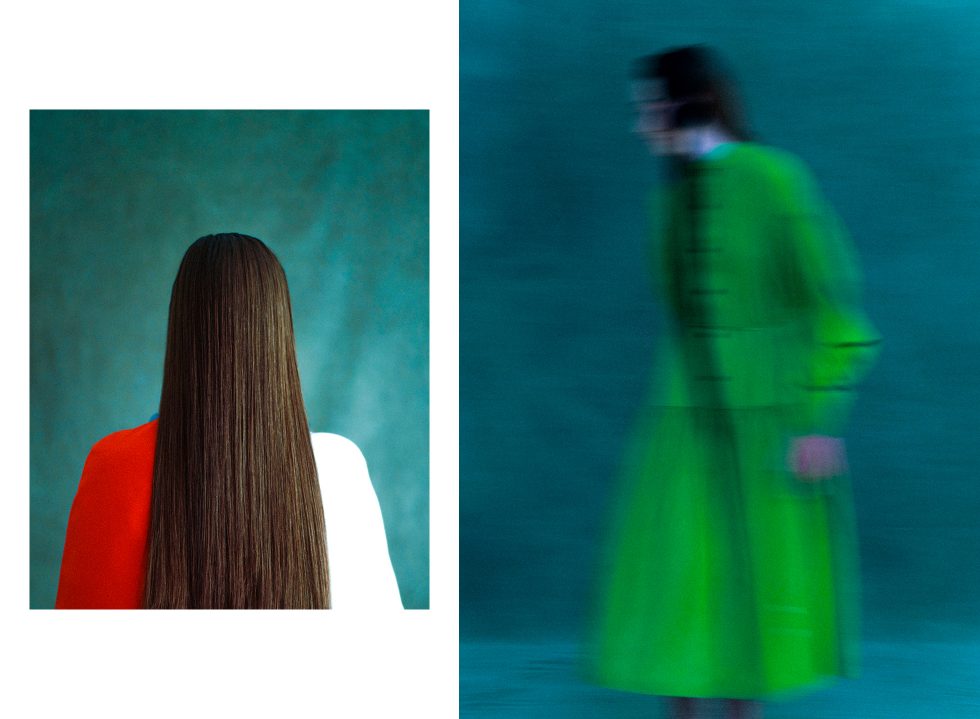 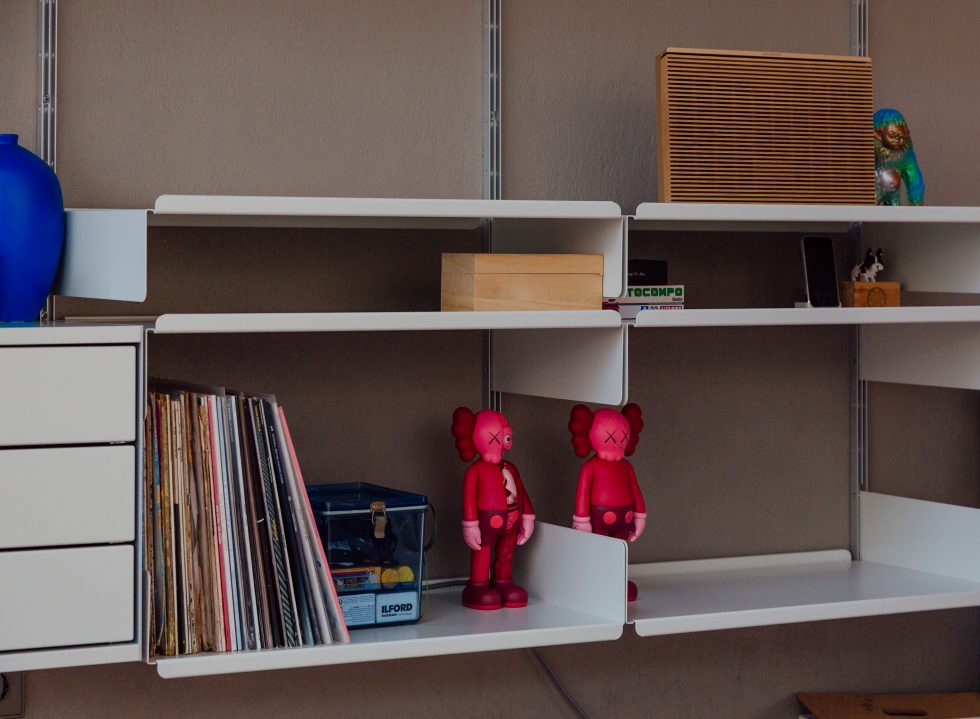 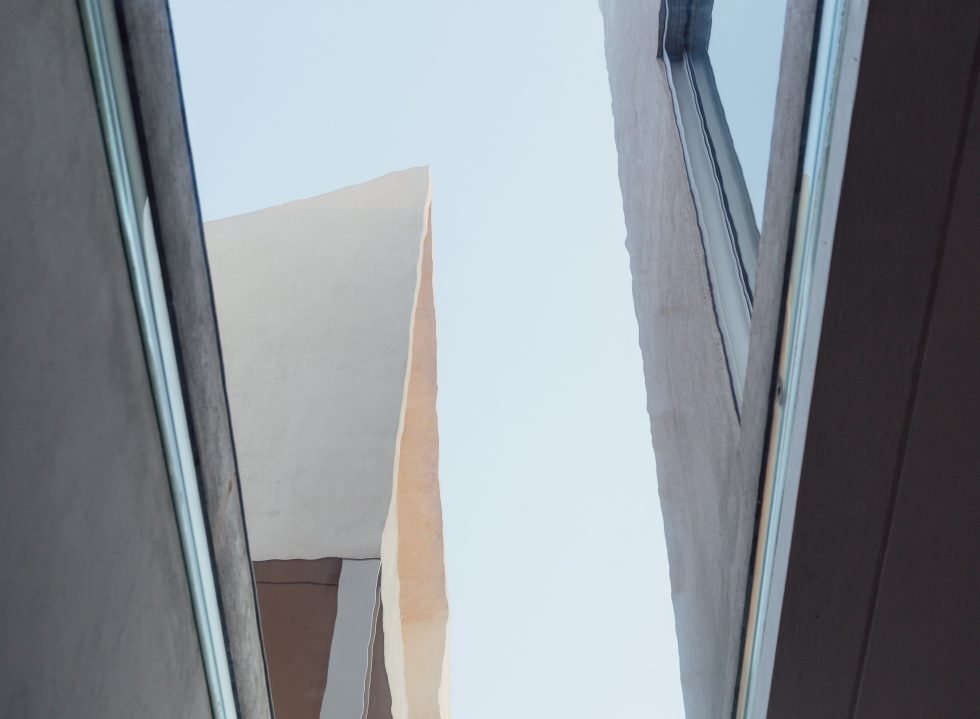 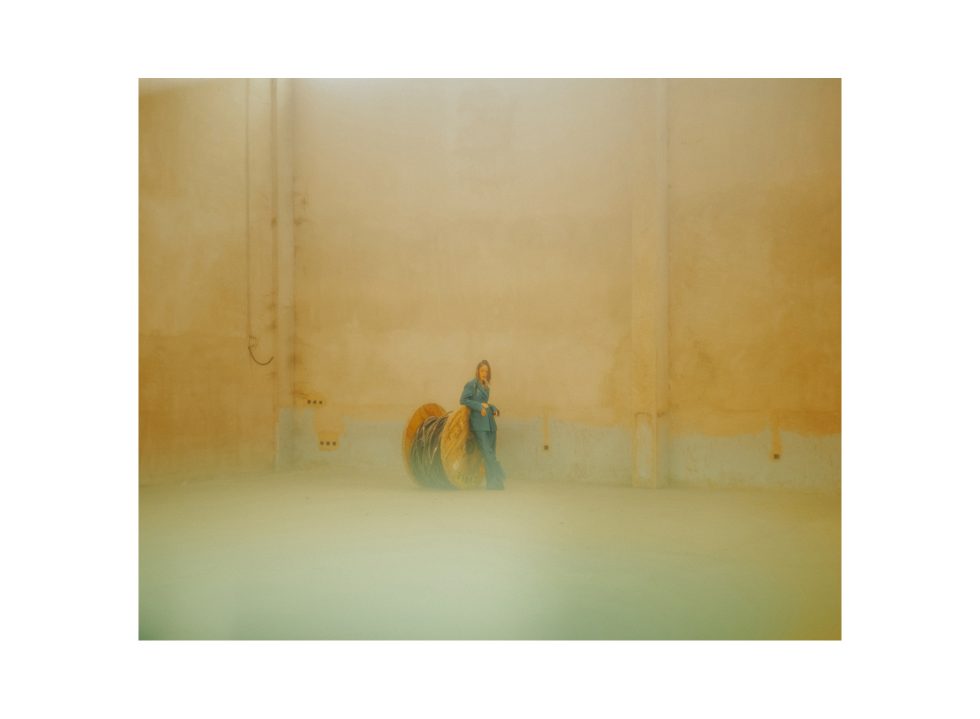 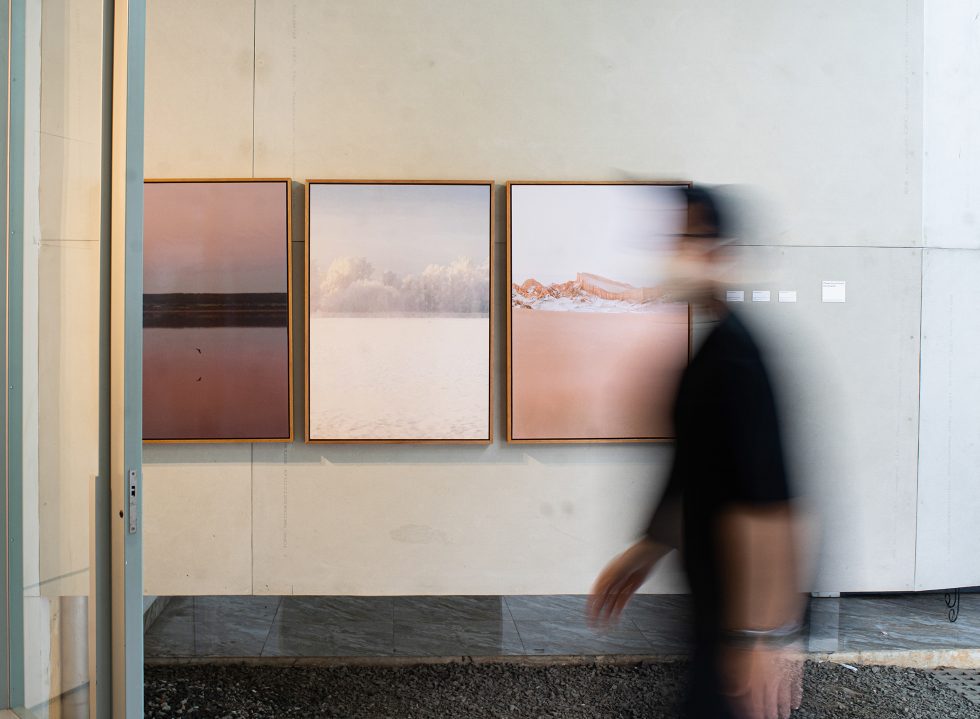 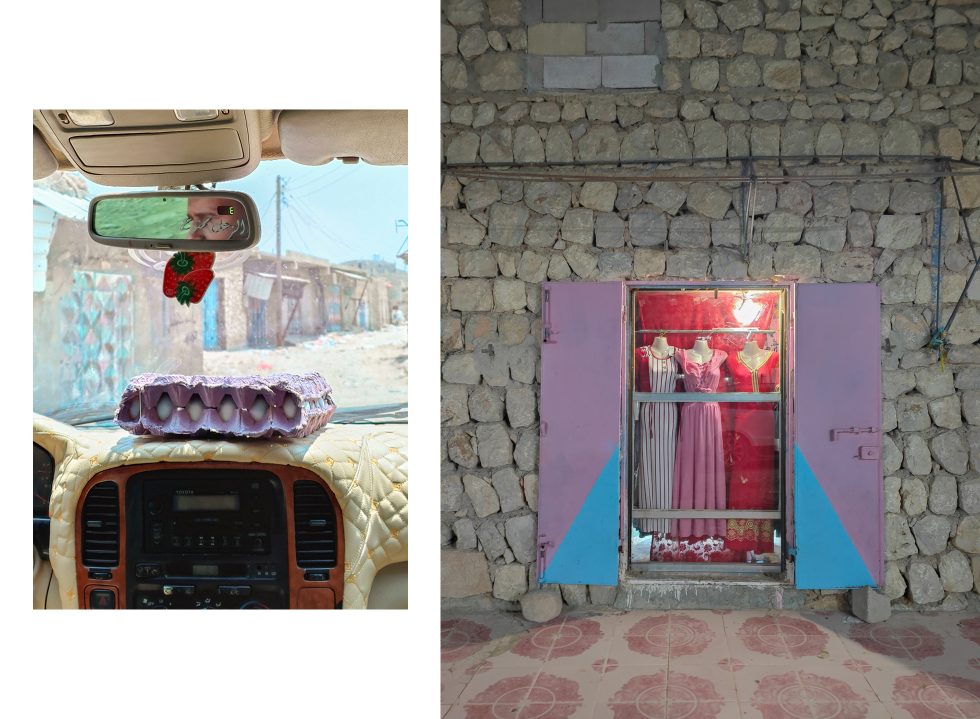 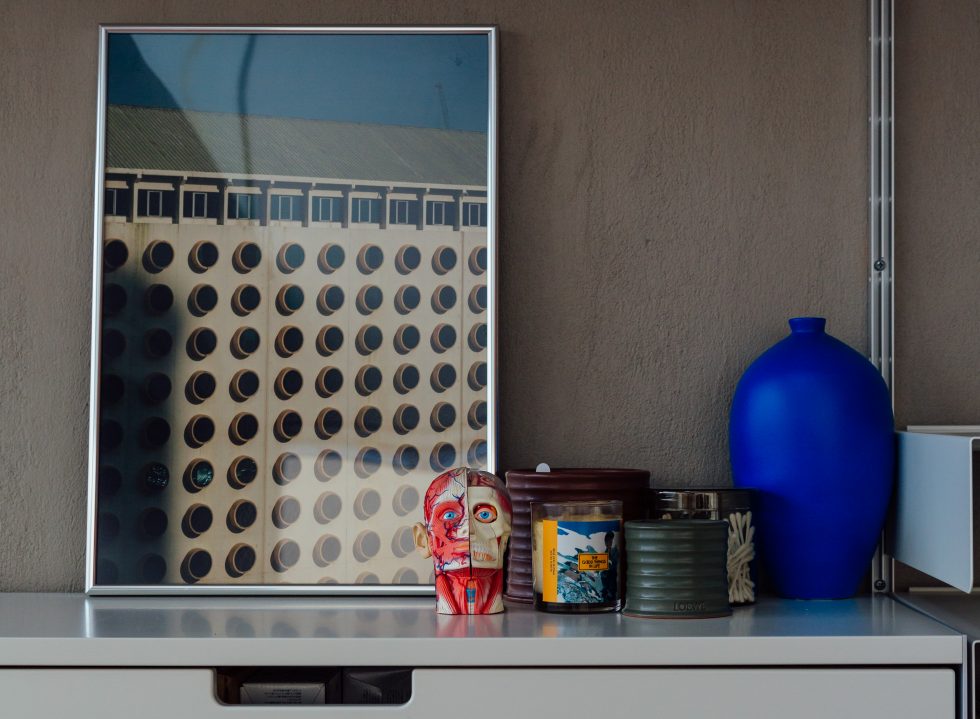 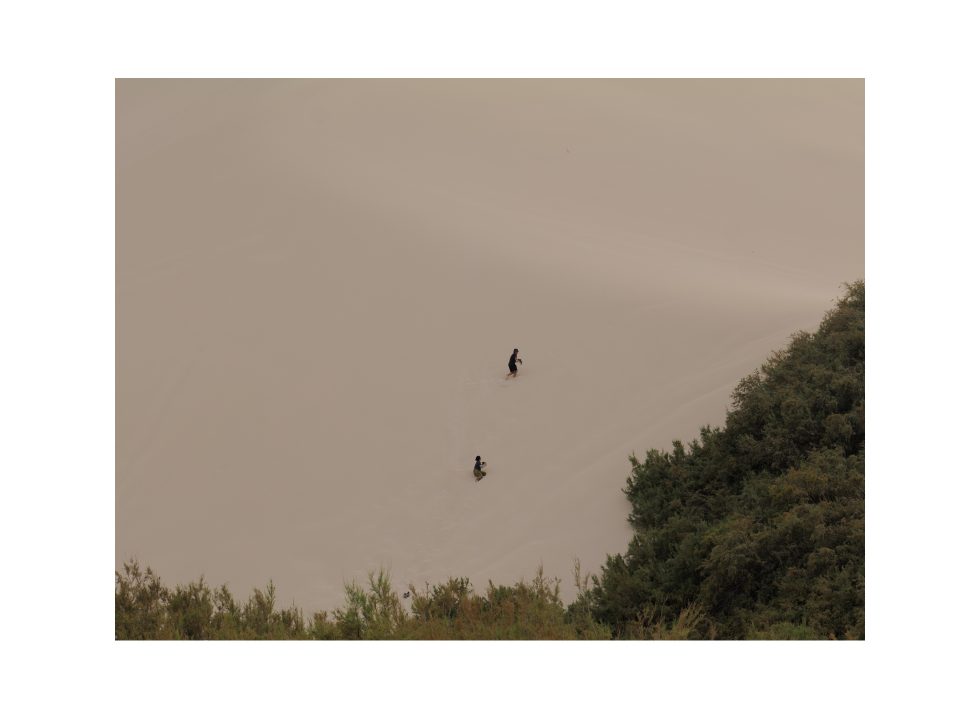 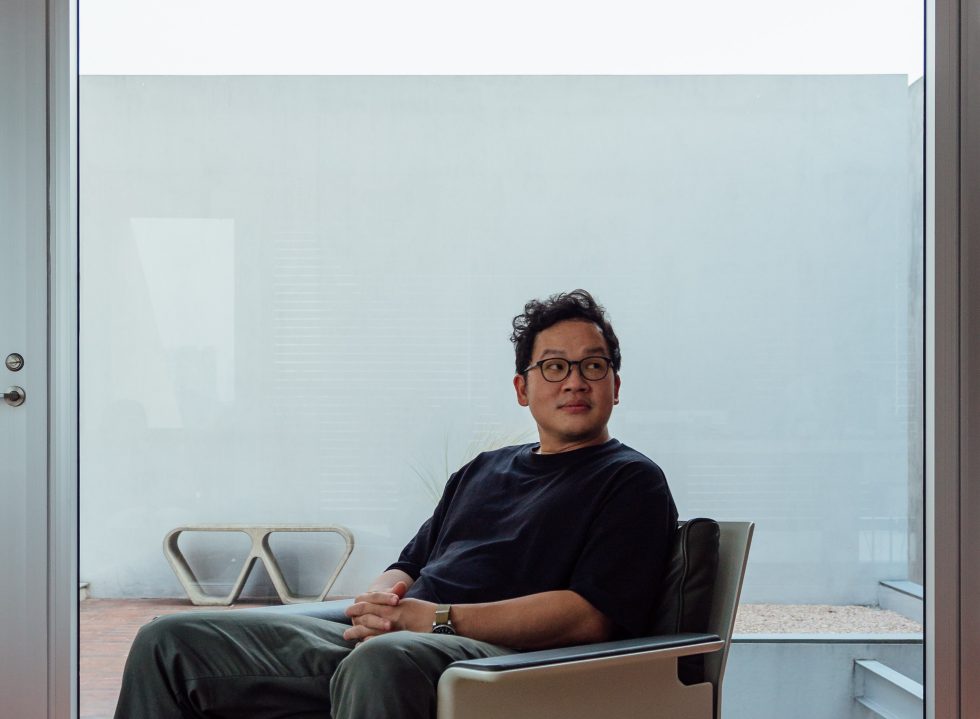 Share
A sense of quietude blankets Vicky Tanzil’s photographs. Most apparent in his travel documentation, the photographer balances his minimalist eye with a candid approach, producing images that are neat yet spontaneous as he swaps between his camera and his phone.

If Vicky Tanzil had to describe his photography style, he would say it’s “an organised clutter. Naturally, I think my photographs flow in unplanned or spontaneous situations, but I also love symmetry, minimalism and producing neat images.”

Born and raised in Samarinda, East Kalimantan, Vicky initially pursued a degree in graphic design at Universitas Petra in Surabaya, which led to a photography curriculum in his third semester. Never quite satisfied with his designs, he was relieved to find ease behind the camera and began photo hunting for fun. “On the weekends, my friends and I would go to traditional markets or the beach ready to shoot. There was quite a big photography community in Surabaya as well, and we were all quite active online,” he reminisced. That was 12 years ago.

His first-ever camera was the 35mm Nikon FM2, a gift his sister got him in 2005. Having explored different mediums, from digital, moving images, to prints, he confessed how, when it comes to shooting analogue, he swings between “treasuring his film rolls too much to actually use them, to being too lazy to wait for the film to be processed to see results. Maybe that’s why I mostly shoot digital now, I like having a sense of control!”

“Naturally, I think my photographs flow in unplanned or spontaneous situations.”

His early works were heavily involved in fashion campaigns and publications, working with local fashion brands and designers such as Biyan, Toton, Peggy Hartanto and Edward Hutabarat, which oftentimes required him to travel for shoots. Today, his portfolio has evolved to include wedding photography, music video directing, and fashion films.

It was during those trips that he started building the habit of documenting his travels. Swapping between his phone and his camera, Vicky sees a natural link between his work and memory. “I’ve always enjoyed travelling. The photographs I take on these trips feel most sincere, it’s like a visual diary of my perspective, my memory and the sights I get to see.”

Of all the places he’s visited, he didn’t hesitate to say Tibet was up there as a favourite. “It was such a magical place, unlike anywhere I’ve been. I’m not really sure how to describe it. The landscape was surreal, and the weather was very extreme.” It also marked his first trip with his now-wife, who also loves travelling.

So what does a photographer, whose work is focused on travelling and capturing new moments, do when stuck at home for two years? He revisits his archive and travels through old photographs. “I realised I had a lot of images that had been sitting in my desktop folders, and I wanted to share that. It’s funny because I remembered taking some of these shots and thinking I didn’t like them. Seeing them again months later, there’s a layer of newness to them.”

For two weeks in July, Vicky’s prints adorned the walls of Kala Karya Kalijaga in Melawai as part of his debut solo exhibition, ‘2014-2020 via 2022’. Contrasting the white walls of the space, varying sizes of frames hold preserved memories dug out from his archive, depicting stilled scenes from his travels of the past seven years. Each one is an invite into Vicky’s world: cinematic, meditative yet gripping at the same time.

Curated by his friend and art director Stacia Huditomo—whom he got acquainted with a few years back when he photographed her pre-wedding shoot—the exhibition revealed itself like a diaristic account of his trips. Within the room, colours, moments, landscapes and architecture flow from one frame to another with ease, not quite telling one particular story but absorbing nonetheless.

“The photographs I take on these trips feel most sincere, it’s like a visual diary of my perspective, my memory and my sights.”

Next to the entrance, an image photographed during one of his trips to Ishikawa Prefecture, Japan, reveals a painting-like quality. The shot was taken at the 21st Century Museum of Contemporary Art in Kanazawa, at Leandro Erlich’s illusory swimming pool installation. Separated by a glass divider that holds only 10 cm of water, visitors are able to enjoy the visual trick from above or below the pool.

He remembered the exact moment, “I was inside the pool looking upwards and a young Japanese boy was peering down. The ripples and the distortion looked like a painting, so I immediately took my phone out and shot the moment. I didn’t even think about it. Like many photographs in my travel archive, it was intuitive. I took them for me.” The same print is also propped in his living room at home.

The Nikon Indonesia official photographer also shared how it was photographers like Shōji Ueda, Andreas Gursky and David LaChapelle who influenced him to see beyond the surface, with their work known to be pushing the limits of space, composition and subject.

In another frame, a picture of a building taken in the Bang Rak district in Bangkok compels a closer look. Pale sand-hued with rectangular tinted windows pleasingly aligned, the uniformity of the structure is countered with the reflection details—this, he later admitted, was his favourite image in the show. Elsewhere, a small print portrays two people strolling in the evening snow in Japan; this was taken with his phone, which was enlarged for an intentional blur effect.

When people inquired about his prints, he confessed he used to feel insecure “because some of these photos were taken with my phone and I wasn’t sure how they’d look enlarged and printed. But I remember Edo Hutabarat once told me that creating is all about inspiring people and not worrying too much about what people think.” A look at archives today, a number of photographs taken with his phone are maximised into large prints.

Experimenting with scale, some of the photographs in the exhibition display zoomed-in scenes that bore an out-of-focus effect, while others a landscape that appears almost too large to possibly fit in the wooden frame. In all, he treats his subjects with a sense of minimalism and practices a trained eye for detail; like the particular way the lines in a Japanese tatami room fall in the frame; two miniature silhouettes walking through white sand dunes in Yemen; a single antenna quietly hanging outside the building he captured in Bangkok.

“Like many photographs in my travel archive, it was intuitive. I took them for me.”

“I find buildings so attractive. I originally wanted to go into architecture, but I learned that you had to dedicate one semester to calculations and maths and I was like, hmm… no. That’s not for me,” the photographer laughed.

He’s found a way to channel this into other mediums, though. For one, he recently moved into his new home which he’s been co-designing with Platform Architects and renovating for two years. “Now I can just enjoy architecture,” Vicky mused. Bringing his photograph and memories to life, the house features a glass structure that bridges the second and third floor, which is lightly filled with a layer of water. “This was inspired by the memory of taking that shot in Kanazawa. I wanted to bring that home,” he shared.

As soon as travel restrictions were lifted last year, he and his wife immediately set out to do a trip. “After two years of staying at home, we were very eager to get away. I asked her where she wanted to go, thinking she’d pick somewhere we could relax, but she mentioned Socotra, in Yemen. All I can say is it was a very interesting time.”

Traces of the trip appeared throughout the exhibition. Backdropped by a brick installation (also designed by Platform Architects), striking scenes of the freshwater lakes in Socotra island are hung alongside other snapshots. Another photo was taken inside a car in Hadiboh, a coastal town on the northern part of the island, composed to reveal the upper half of the driver’s face reflected on the rearview mirror and a lavender egg tray propped on the dashboard.

Spontaneous or calculated, to Vicky, every shot he takes is all about reacting to what he sees, and many find themselves responding to them as well. “People have joked about doing a second exhibition. I mean, that’s definitely something I’m interested in and there’s so much in my archive that I’d like to try to present in different formats. But I want to give it some breathing space. We’ll see.”