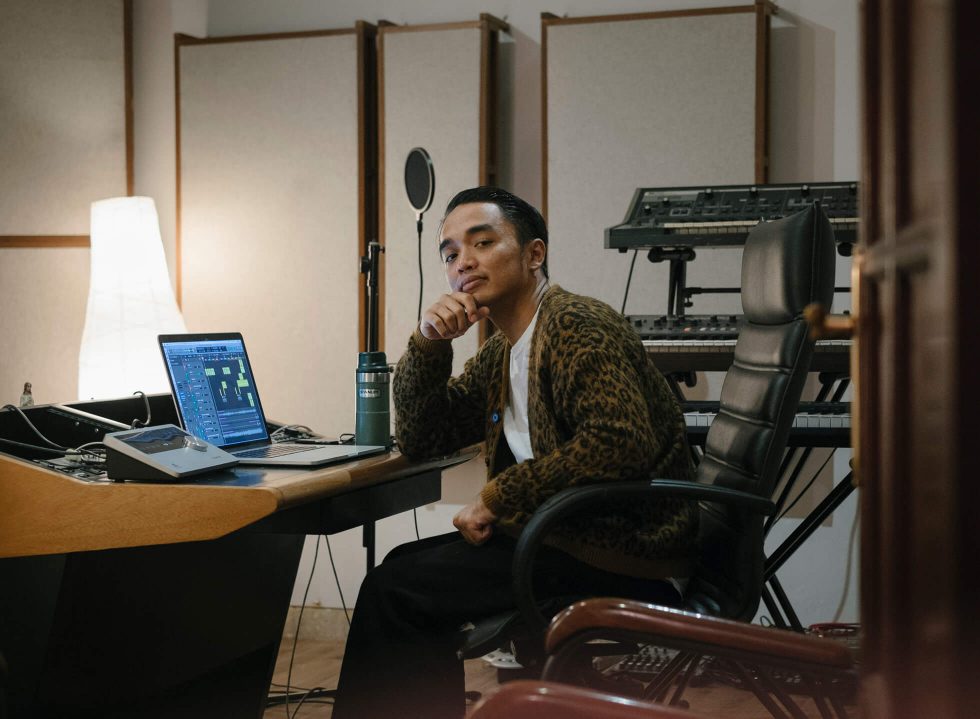 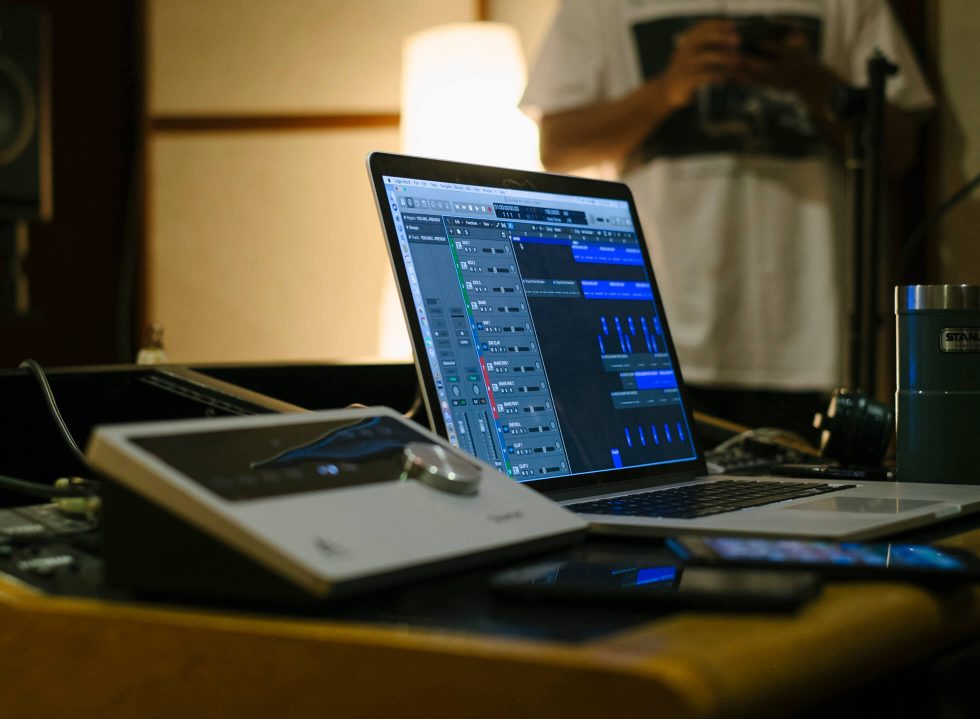 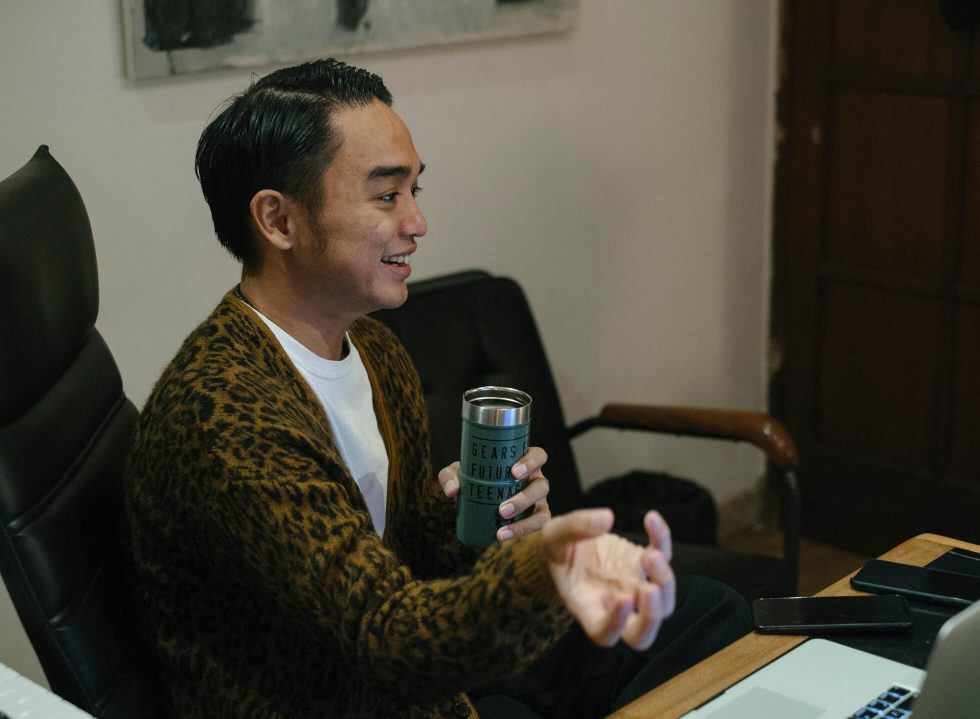 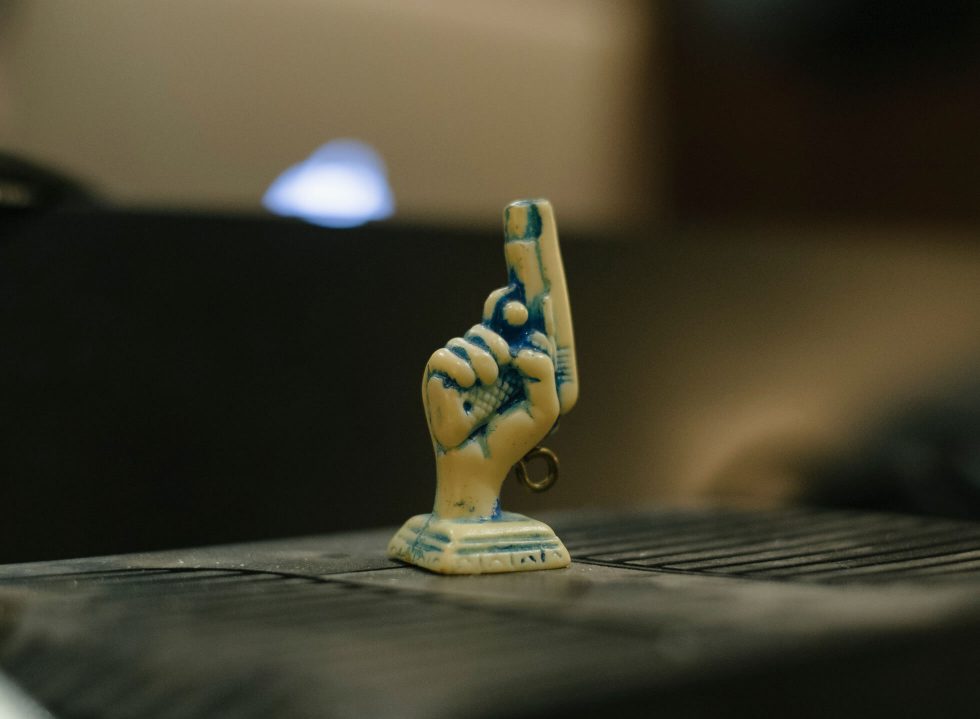 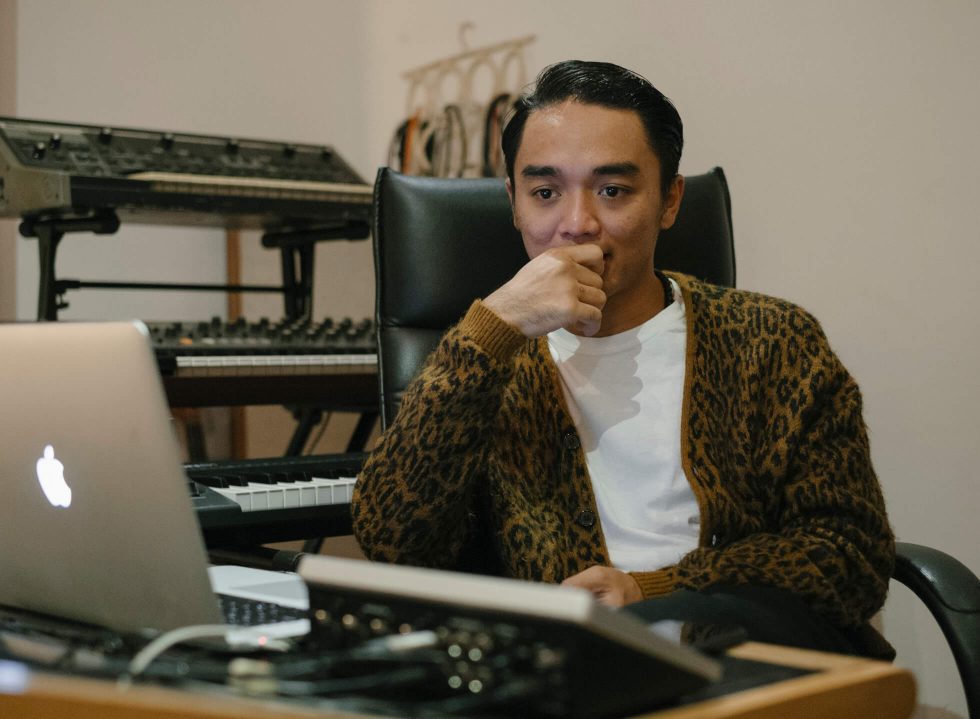 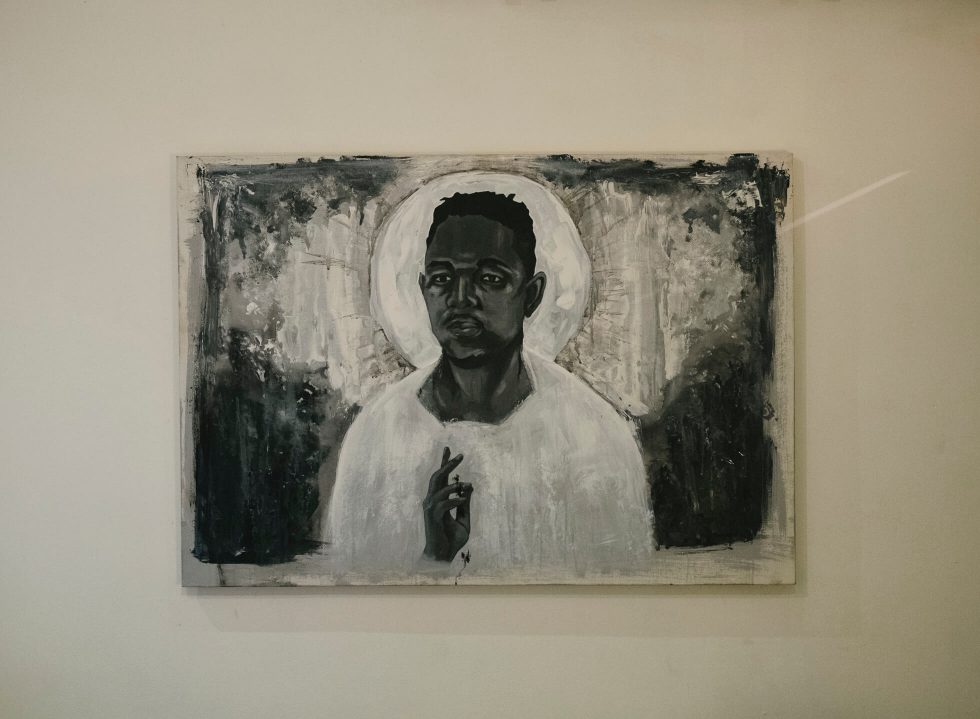 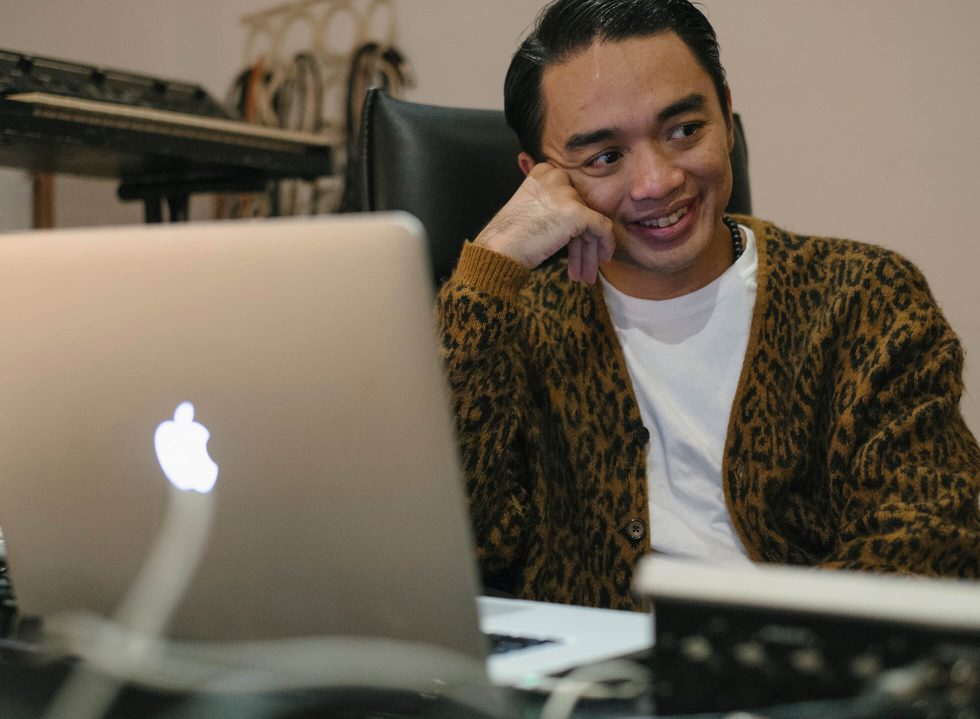 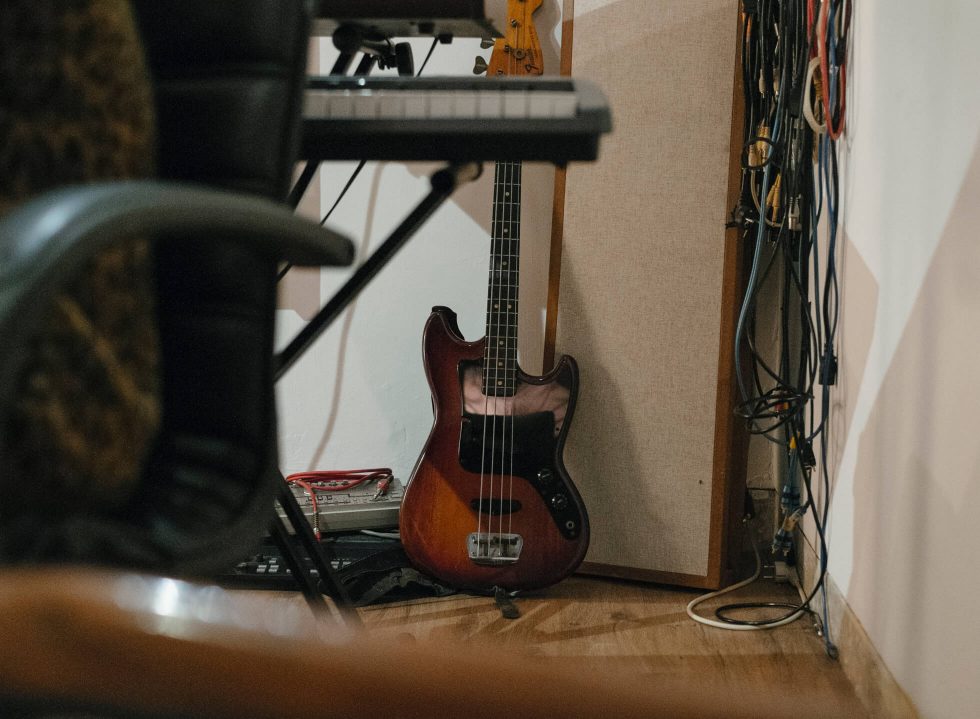 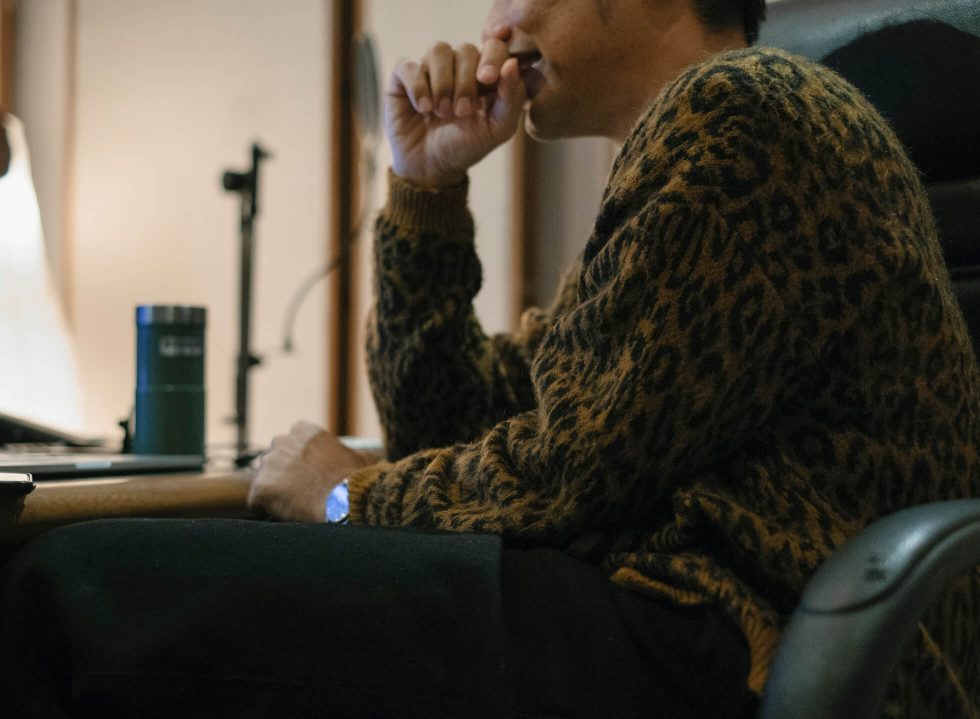 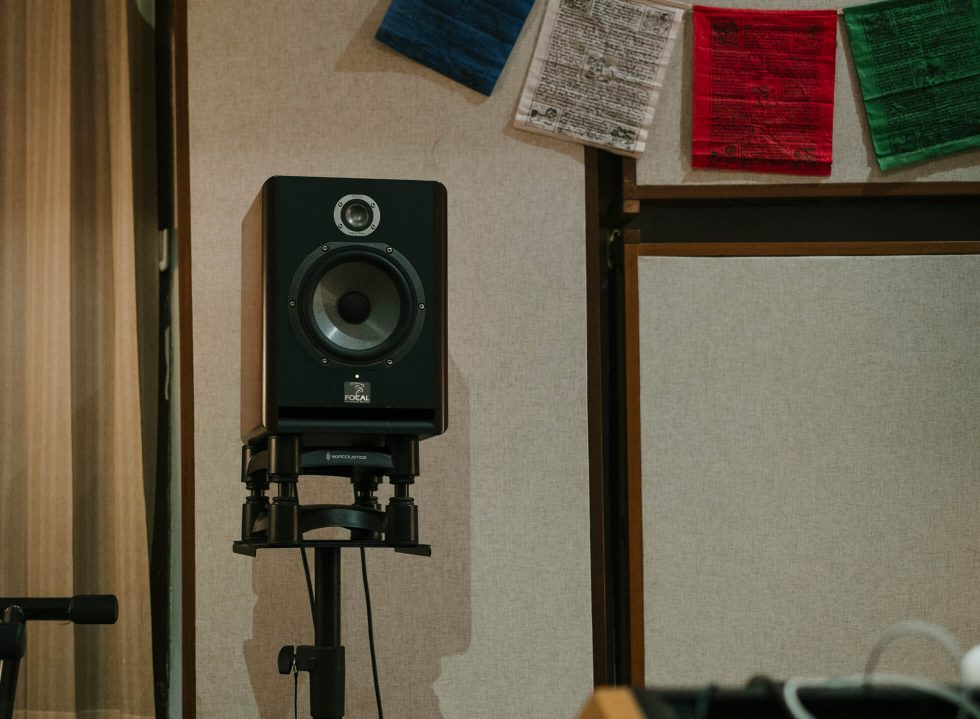 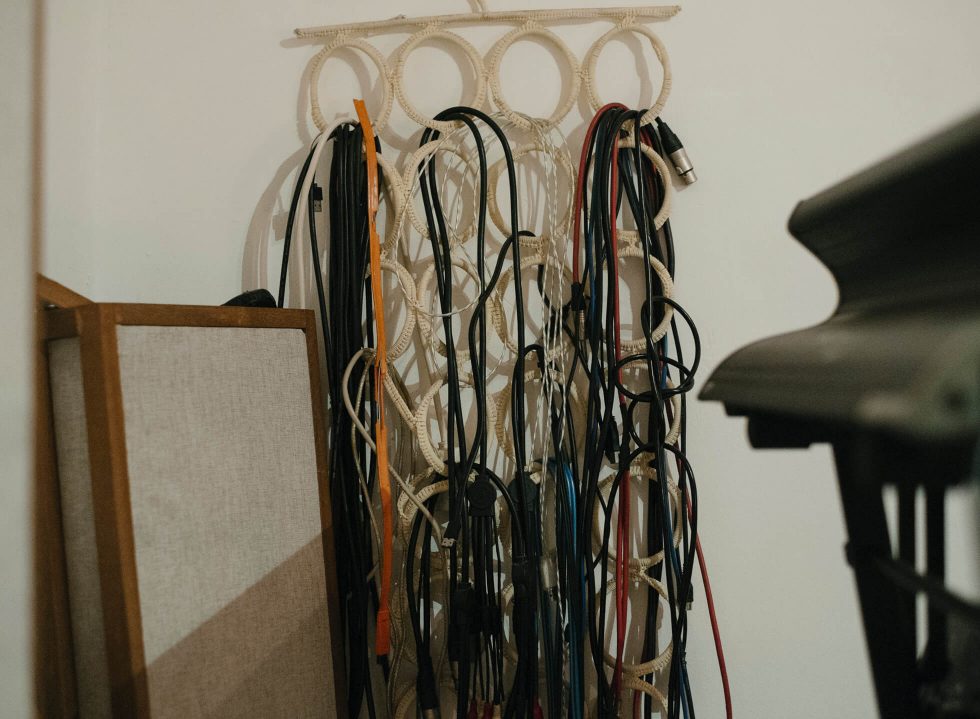 The Sound of Dipha Barus

by Julius Kensan
Share
Dipha Barus's contagious zen-like outlook on life sets the mood for the conversation as he talks about his latest single 'You Move Me' under Ultra Music, his love for meditating and the journey into the prolific DJ that he is now.

The bright and scorching afternoon weather outside stands in contrast to Dipha Barus’s recording studio: dimly lit and cool. But it doesn’t matter, for if you have the chance to meet one of the most prolific EDM artists in Indonesia or dance along to his set in music festivals, you’ll know that he has the innate ability to make you feel at ease and possibly, one of the warmest people you’ll ever meet.

Dipha and I are talking about his deal earlier this year with Ultra Music, the New York City-based label that boasts famous electronic artists in its roster, including Steve Aoki and Kygo. As to the circumstances that led him to Ultra Music, Dipha describes it as “trippy”. “We have tried all we could to reach out a wider market [outside of the country], I want my music to be a medium of healing,” he says. “So I was watching the reunion of Swedish House Mafia at Ultra Music Festival through YouTube livestream and believe it or not, my manager got a call from Ultra Music. My first thought was ‘This must be a prank call’.”

It took an email from Ultra Music and a conference call three days later to convince Dipha that it is actually happening. Still, that doesn’t mean he jumped right on after being presented with a contract. It would take around a year of revising it before closing the deal. “We want a win-win solution [for both parties]. We went back and forth for a year before signing in February, right before Mercury Retrograde,” he says with a laugh.

His latest single You Move Me, released under Ultra Music and featuring the vocal of Monica Karina, was first conceived after a session of meditation with Jakarta-based rapper Matter Mos while in Ubud, Bali. For the song, Dipha also studied sound healing and incorporated specific frequencies of sound wave that are aimed to ease anxiety. He also roped in gospel choirs for the production as well as researched on brass musical instruments and percussions like gong and gamelan.

Born as Dipha Kresna Aditya Barus, music has been deeply entrenched in him since childhood. In primary school, he was a session musician for a jazz band as a guitarist. And fast forward to his university years in Kuala Lumpur, he served as a semi-resident DJ in Zouk Malaysia. “My parents are pretty conservative. They wanted me to finish my studies and get a 9-5 job,” he explains.

“I was just playing whatever music I have until I felt the time to brand myself.”

Dipha had to learn the hard way on the length that his parents would go to prevent him from entering the music industry. “I applied for a scholarship in Berklee College of Music and it went through but my parents hid the letter from me,” Dipha recalls. I ask if he was angry at the revelation. “Yes, for sure, because I was told by my parents that I could take on whichever major I want to if I have a good grades in high school.” Dipha ended up taking Graphic Design at Limkokwing University in Malaysia, a field he believes would still engage him with the creative industry. After graduation, he did a brief stint as a graphic designer in Malaysia before deciding to return to Jakarta and find his path in music.

But everything comes at a price. Dipha’s father passed away shortly after his return and he had to do whatever he could to pay off the hospital bills. “I used to work as a cashier and sell music playlists that I created for restaurants,” he says. Even though he worked as a DJ at various F&B establishments in Ismaya and Potato Head outlets, Dipha concedes that he was no different from a jukebox. “Back then there’s no branding. I was just playing whatever music I have until I felt the time to brand myself.”

In 2011, Dipha took a bold step to approach Ronald Akili, one of the founders of Potato Head Family group, to create a music festival. “I told him that I’ll take care of everything and I can play at the festival as an opening act,” he tells me. And so within five months, Dipha worked closely with Potato Head team, including ex-creative director Michael Killian (who is one of the founders of PLEASURE) to carry out the creations of a logo, mixtape as well as his Instagram account to establish himself as a DJ.

His initiative paid off and from there on, his career went on a steady climb. While Dipha Barus was slowly becoming well-known among nightlife enthusiasts, it wasn’t until his 2016 single No One Can Stop Us featuring Kallula (of the music duo, Kimokal) that his name propelled as a household name in the country. The single won “Best Electronic Music Production of The Year” by Anugerah Music Indonesia Awards 2016 and as of now, the lyrics video has amassed close to eight million views on YouTube. His subsequent 2017 single All Good with Nadin Amizah made it into Spotify’s Global Viral 50 chart.

Since then Dipha has collaborated on singles with a handful of local artists, including Raisa. Is it easy for him to compromise? “I’m really chill. With Raisa, we can spend up to two hours in the studio just talking about her favourite book or film and why. I do that to capture what she thinks is good and what she finds funny. When we’re working on My Kind of Crazy, she’s really into (family sitcom) Modern Family. I mean I’ll never be into Modern Family but I worked what she find funny and romantic from the show into the song.

“I never set a rule on how it’s supposed to be because that will erase the characteristics of my collaborator. I want it to happen organically. Really natural, just like how two human beings are supposed to be working together, without any set rules.”

At the same time, Dipha is also convinced that his encounters and connections to his collaborators all happened cosmically. “It’s like real recognises real,” he tells me, “Like how there must be a reason why I meet certain people. There are a lot of people who reach out to me wanting to create something together. But if the universe doesn’t will it, then we’ll lose touch naturally. So I guess everything is governed by the universe? I mean I don’t know. That’s what I believe.”

“I’ve never assumed that if you were to get drunk, then you’re a bad person. That’s weird man.”

Perhaps you could credit Dipha’s spiritual and easy-going nature to the fact that he’s been practising meditation for years. He also studied TAT (Tapas Acupressure Technique), an alternative medicine therapy that aims to clear negative emotions. “I see it as a process of becoming a better human being. Meditation brings about mindfulness,” he explains. Dipha is also known for meditating before his performance. I ask him, in my most basic understanding of meditation, if he does the ritual to clear the mind. “It’s like this, a festival attracts plenty of energy. So before the show, I meditate so the audience can capture the energy that I’m trying to communicate to them. So it’s not for me to be calm and perform well; when people are attracted to your energy, whatever message that you’re trying to tell, people will get it.”

Dipha’s mindfulness on his mental state is also extended to his physical wellbeing. The artist doesn’t smoke nor drink alcohol despite being in an industry where DJs are often known for consuming them. Amusingly, he’s even dubbed by the mainstream media as the “DJ Syariah”. Dipha bursts into laughter the moment I brought that up. “I have no idea where that comes from. For me, it’s completely normal for someone to not smoke and drink. I’ve never assumed that if you were to get drunk, then you’re a bad person. That’s weird man. It’s just my choice,” he says. Furthermore, ironically, Dipha is not even a Muslim to begin with.

I can’t help myself but to squeeze in one last question on what he thinks his father would say to him if he’s still alive. Dipha pauses for a while before answering, “My father didn’t leave me any inheritance, but the real legacy that he left me with is the wisdom of living. I learned about mindfulness and work ethics from him. That, and why coming in second place is better than being number one. He used to say that if you’re first, you won’t know what it feels like to lose.

“I guess if he’s still alive, he’ll most likely say, ‘See? I told you so’,” Dipha chuckles as if his father whispered the answer directly in his ear. In the end, it’s all good.