The Way it Plays in The Folks - Manual Jakarta 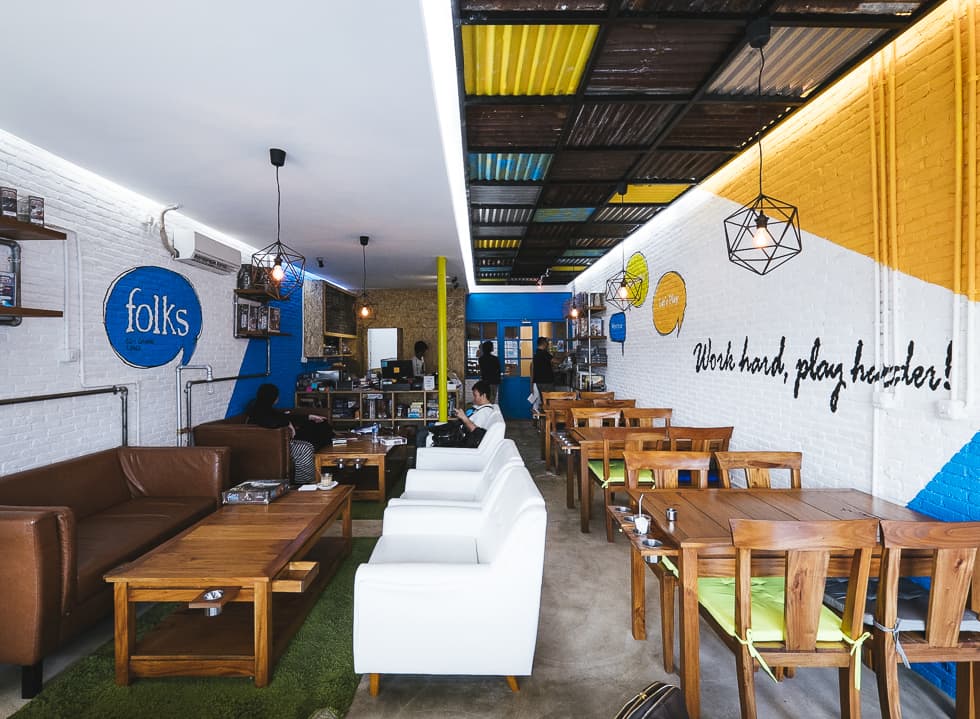 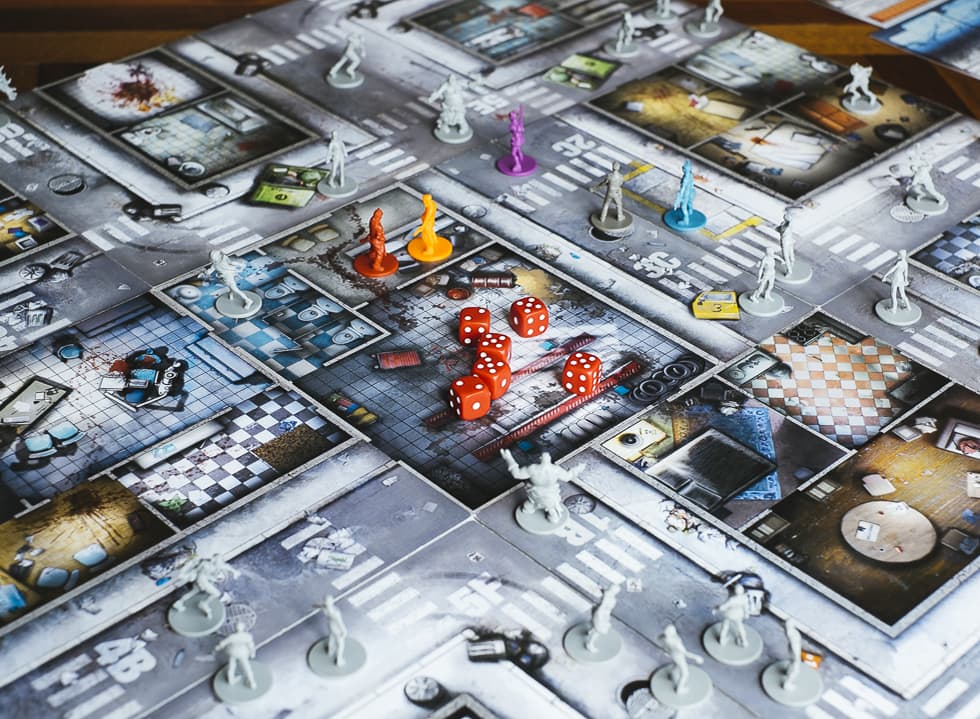 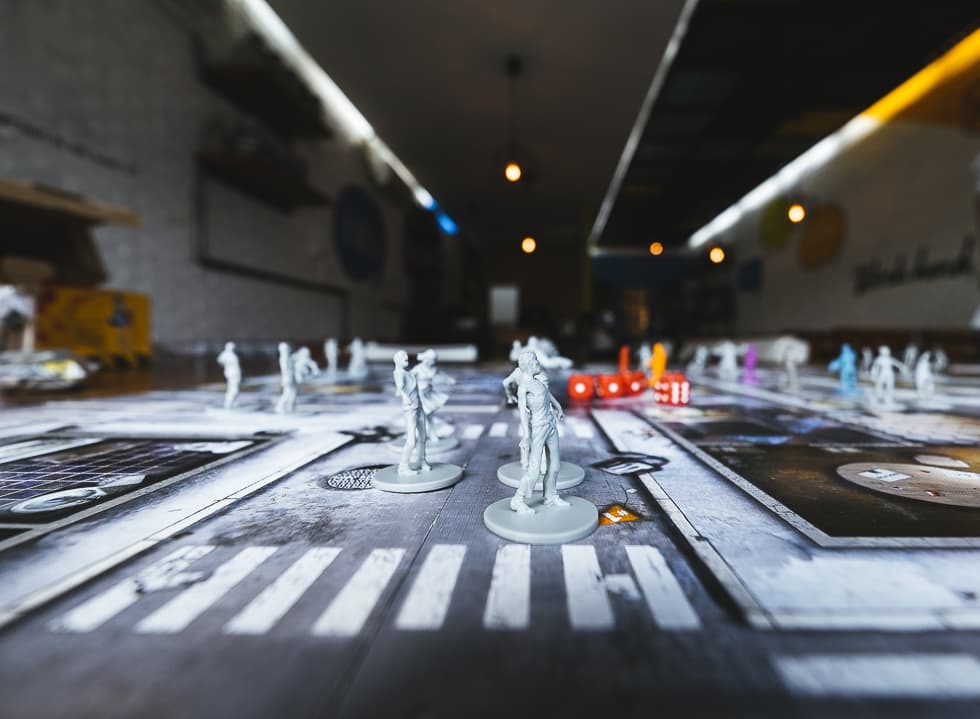 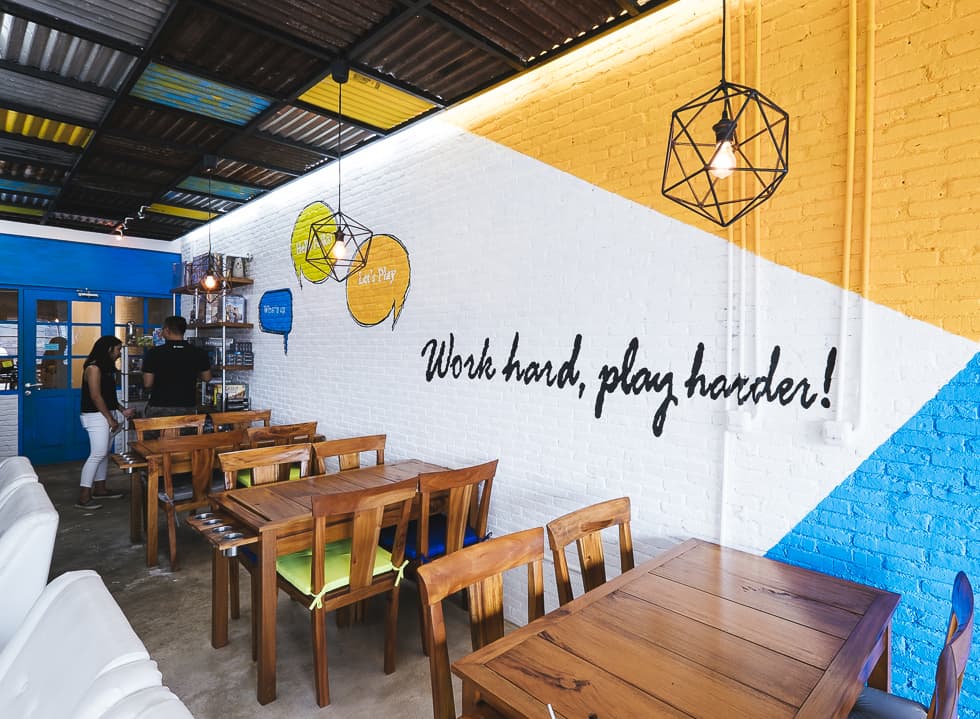 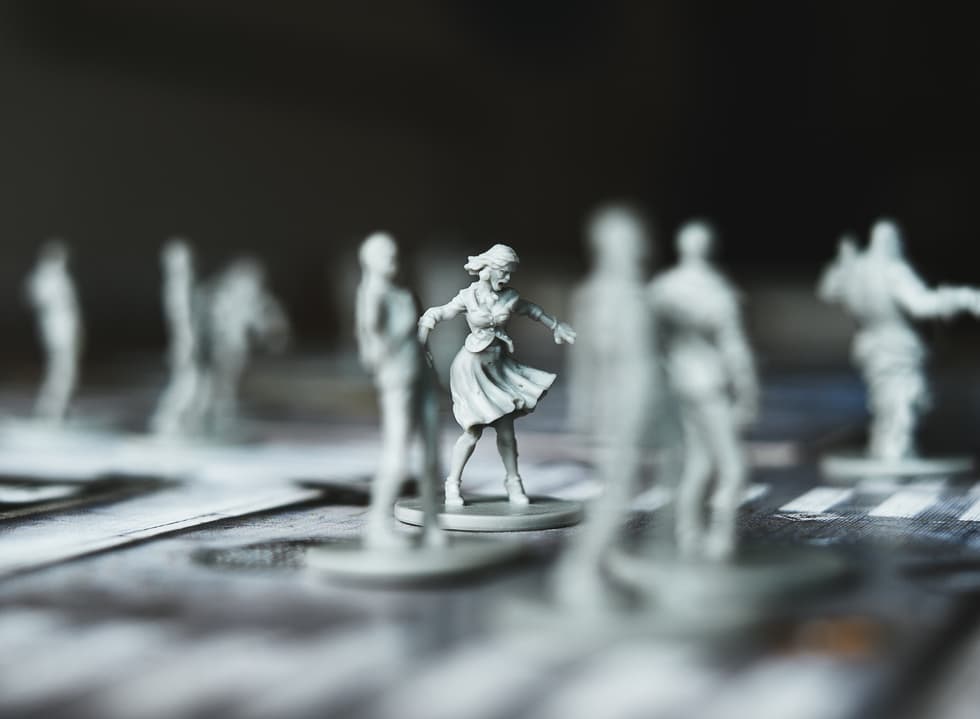 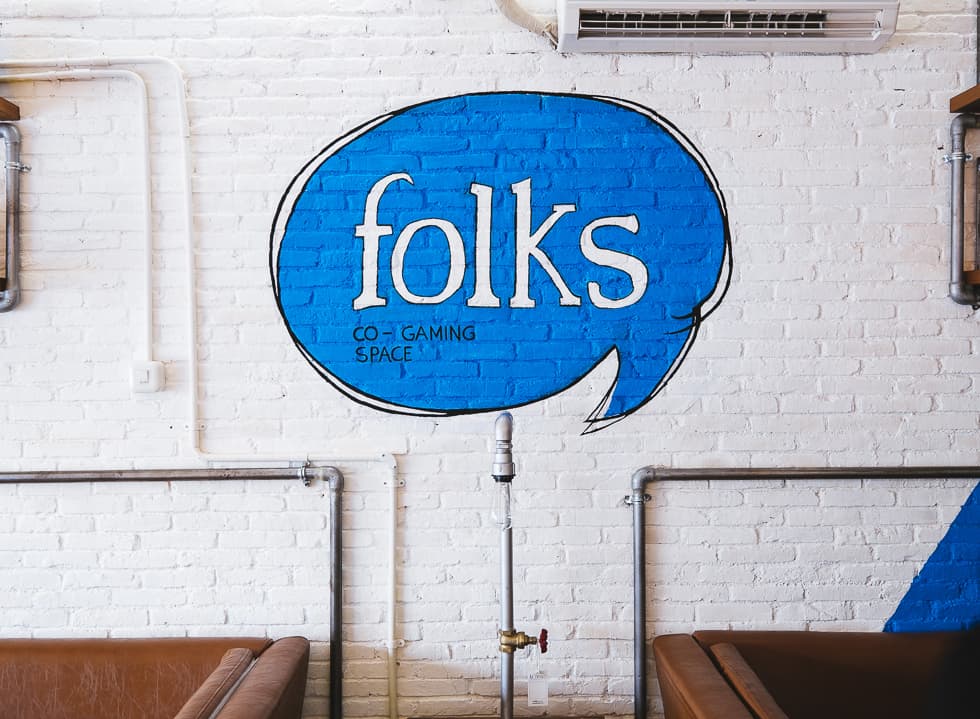 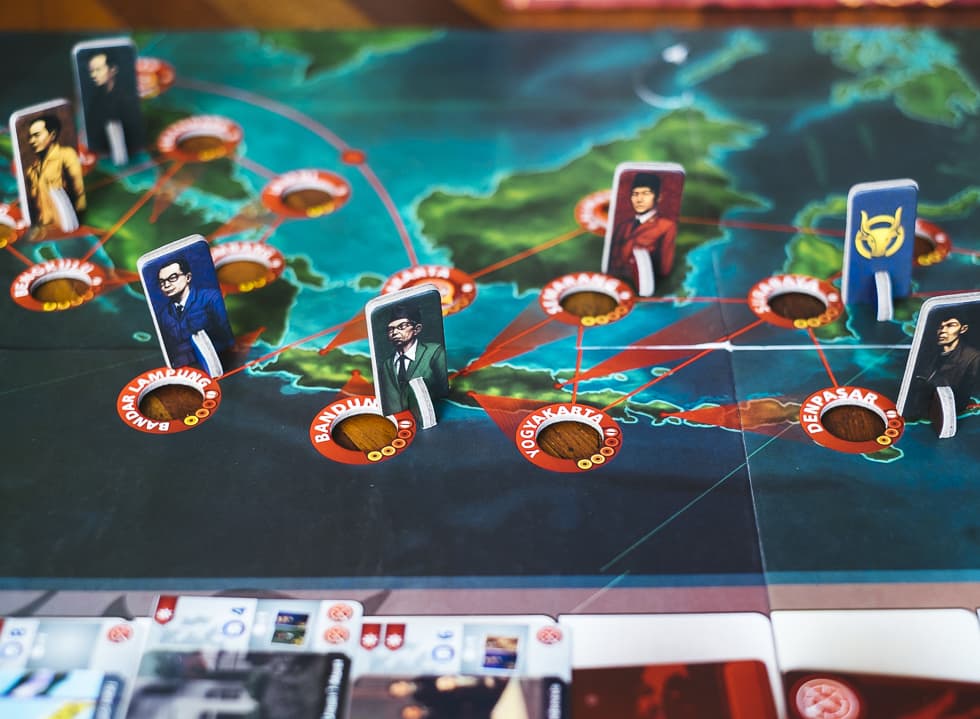 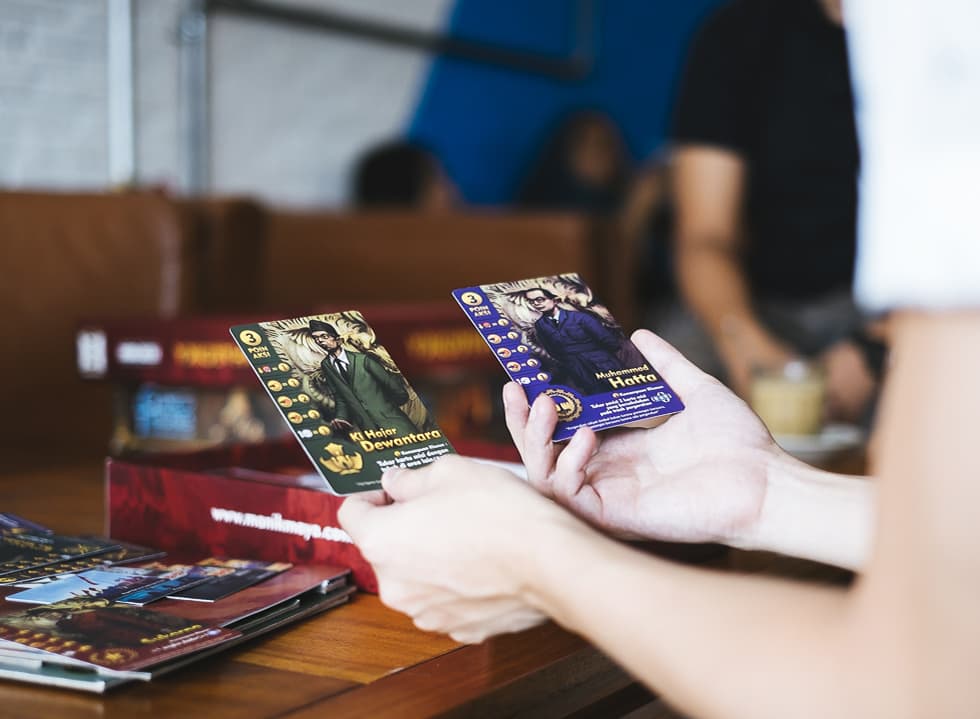 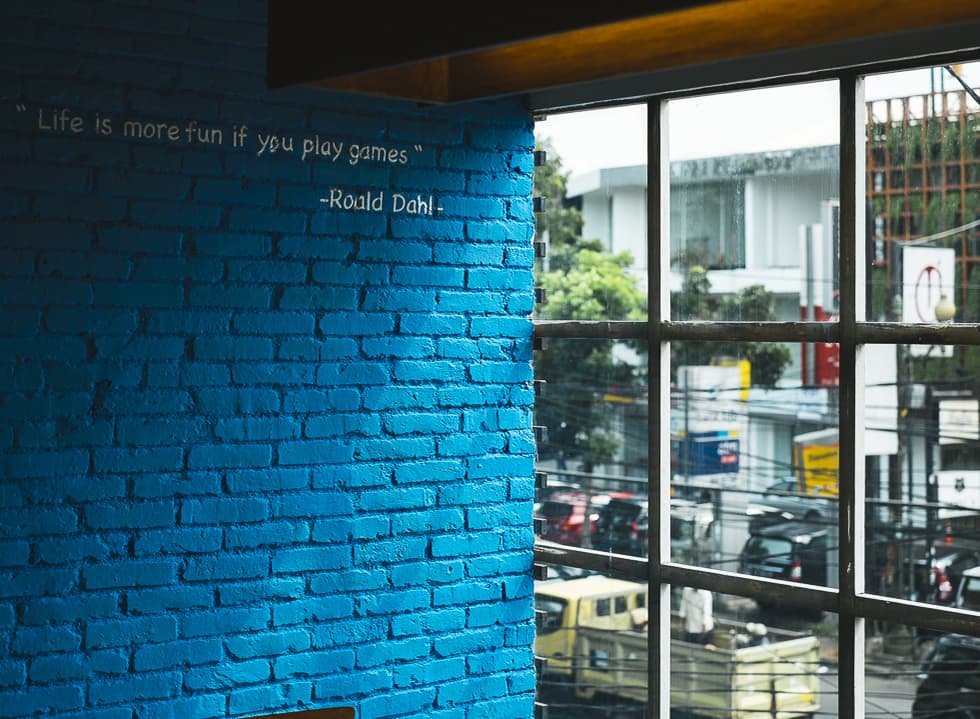 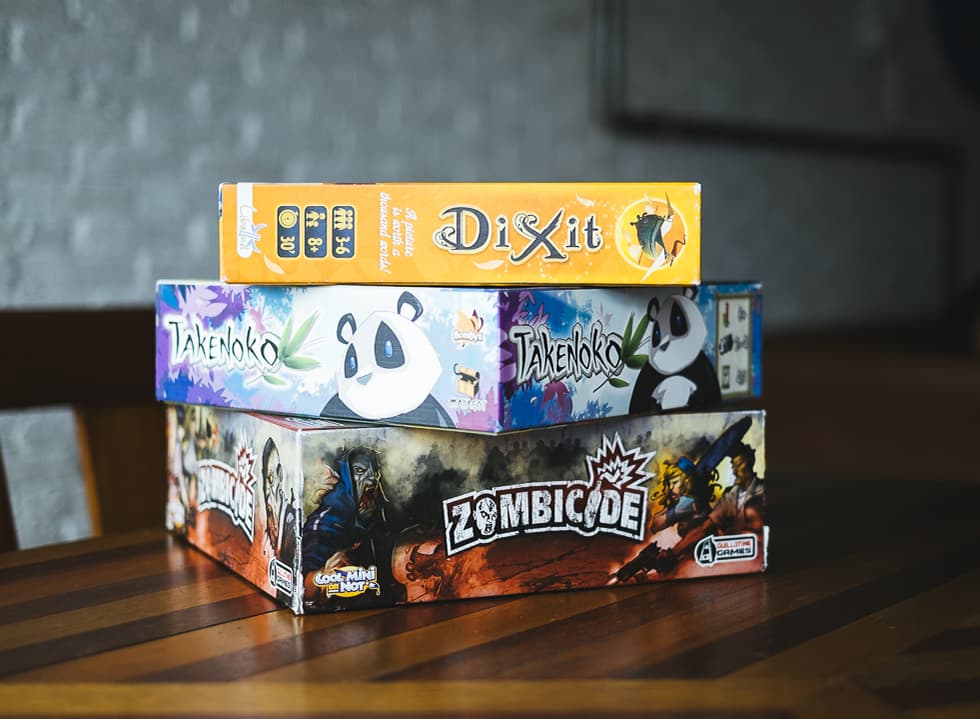 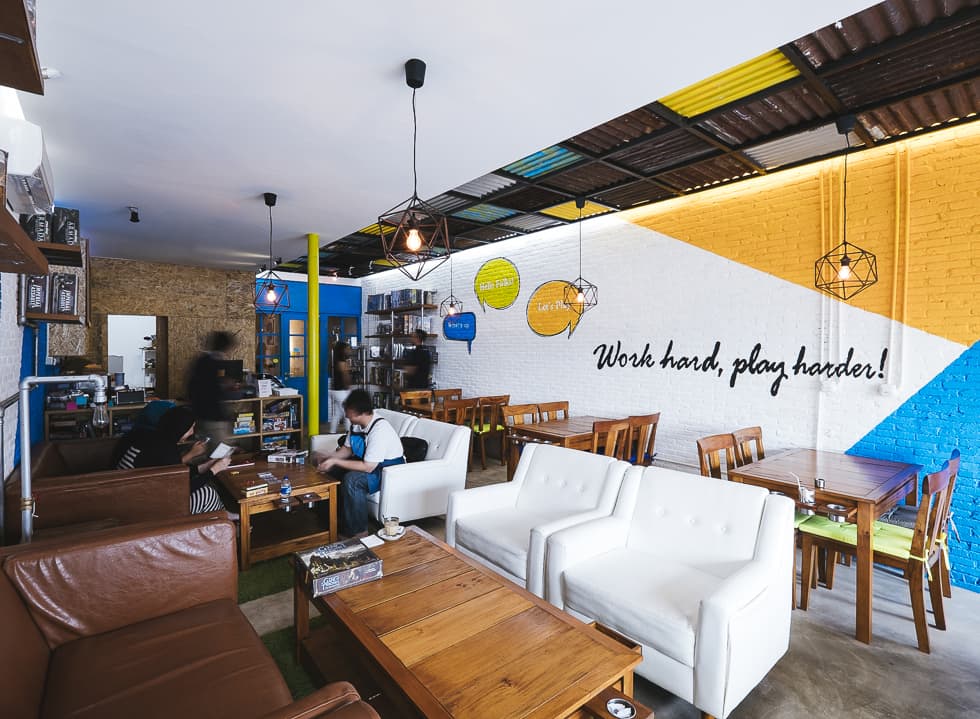 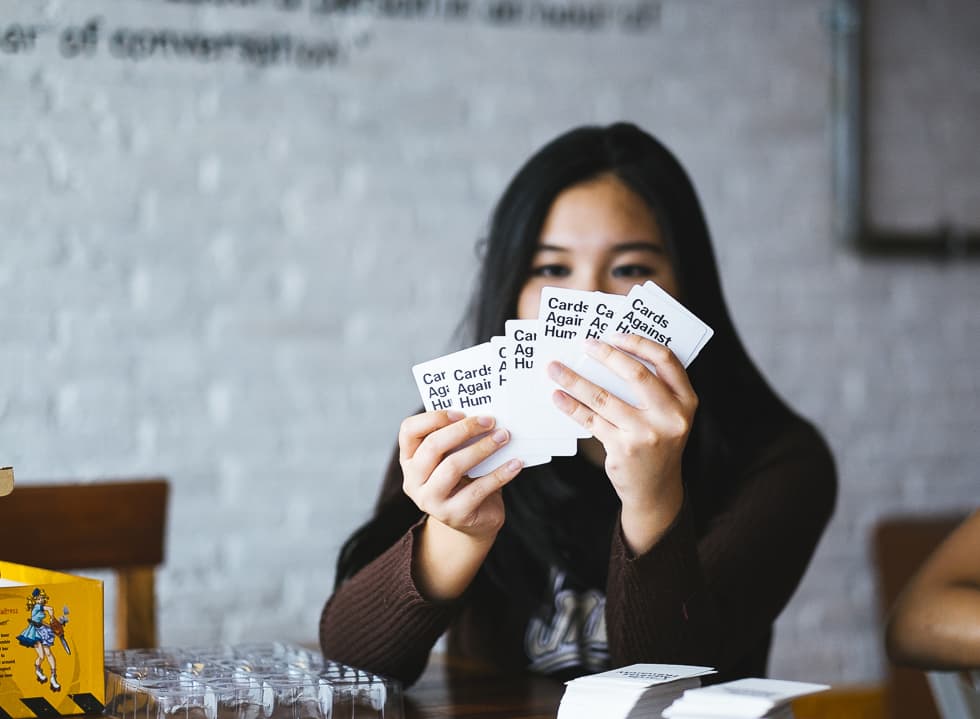 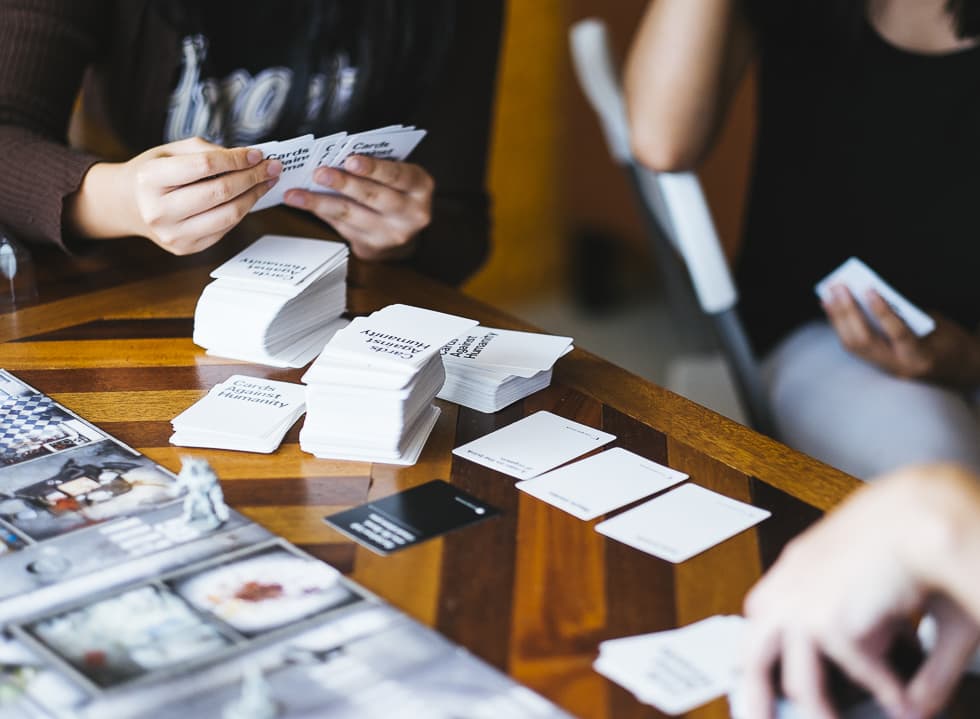 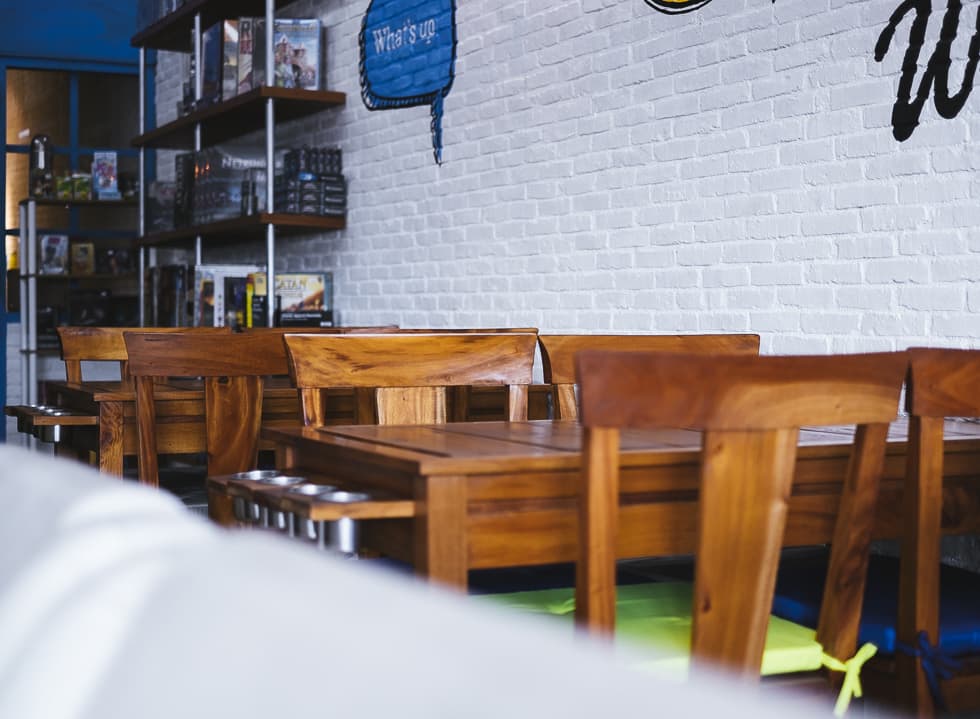 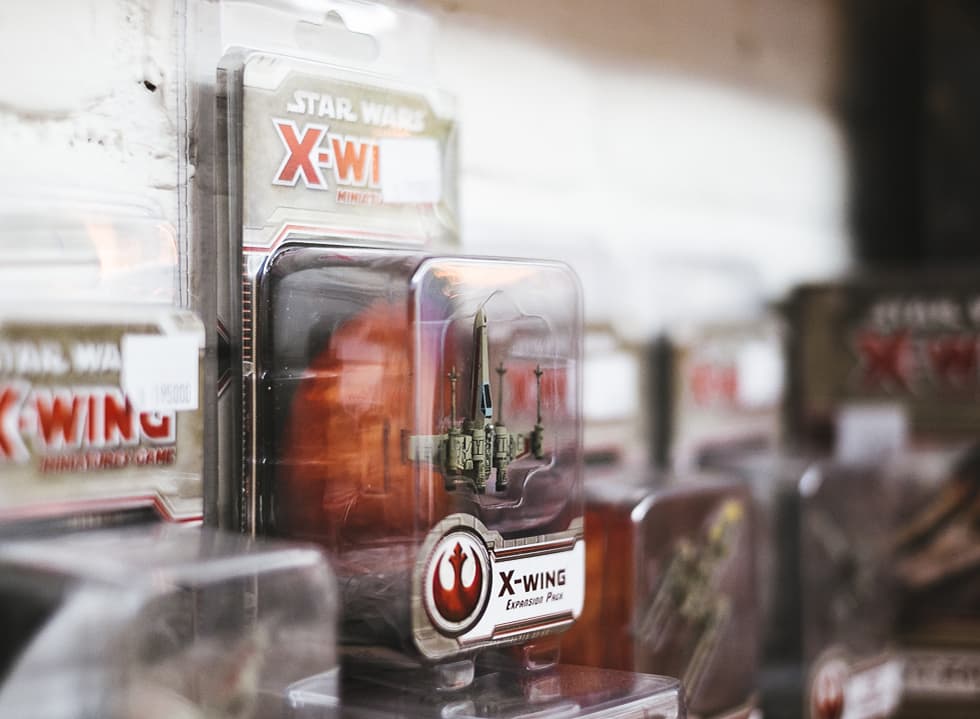 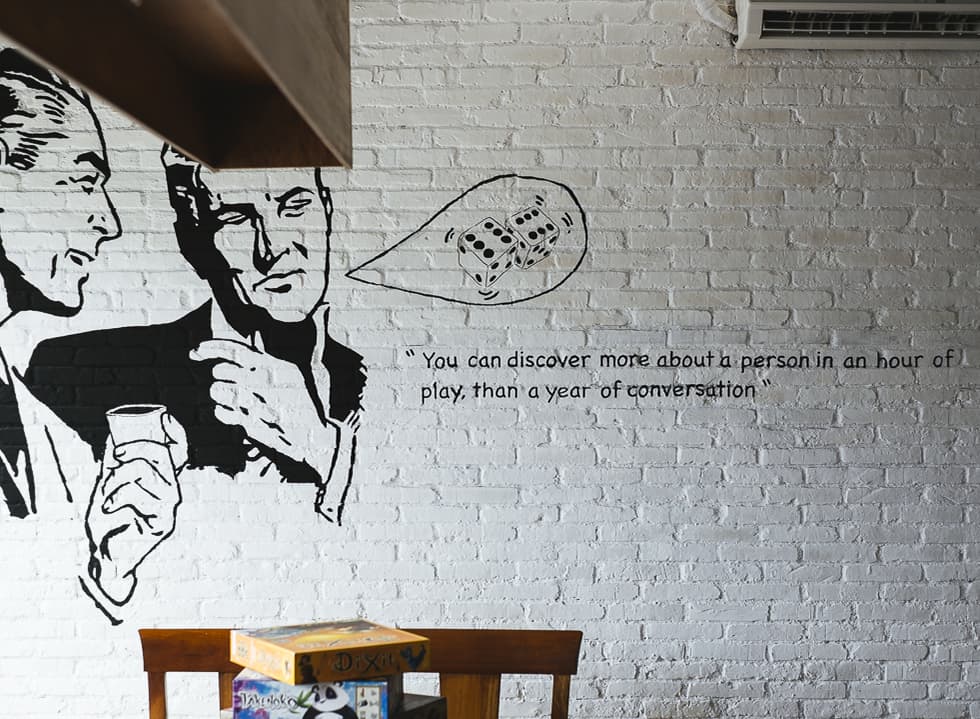 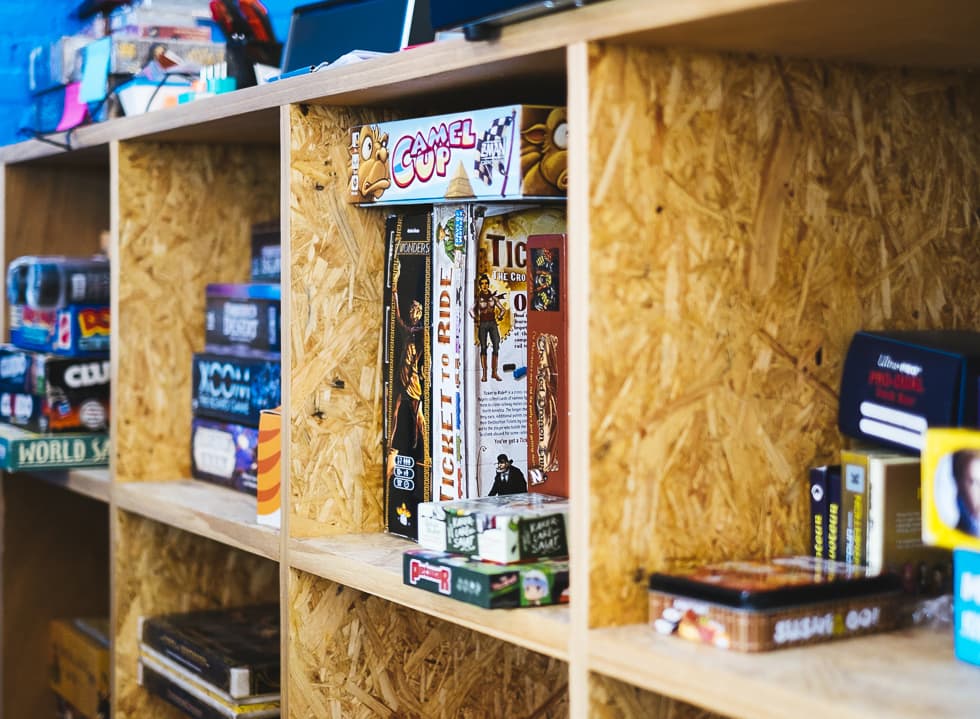 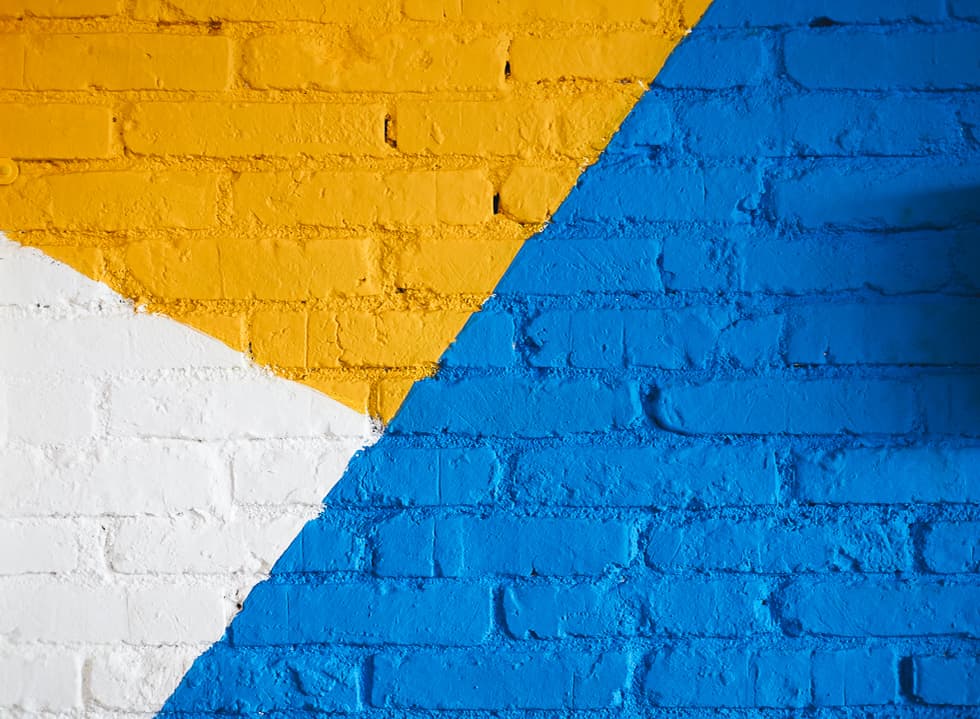 The Way it Plays in The Folks

In a metropolis hub like Jakarta, meaningful social interaction is a trait nearing extinction. Typical Jakarta ‘quality time’ constitutes of parents and child at a local mall’s coffee chain, each one occupied with their own gadgets. Simply being together isn’t enough; something is needed to drive the interaction. That’s where The Folks: Co-Gaming Space with their board games enter the picture.

Upon entering the quaint café, visitors are greeted with a wall mural that reads “Work Hard, Play Harder” – a mantra that urban dwellers should perhaps adapt to. Patrons can choose from the wide variety of board games displayed across the shelves, and are charged a fee per table. Or they can come to the organised Game Nights: RPG night on Tuesdays, card games on Wednesdays, and Star Wars night on Thursdays.

If there aren’t enough people in your party to start a particular board game, visitors are encouraged to join other patrons and establish new connections over a friendly game. “You can discover more about a person in an hour of play, than a year of conversation,” another mural reads. Newcomers can talk to the ‘game masters’ who will happily recommend a game that suits your interests and skill level.

There’s something for everyone at The Folks – and we’re not talking the typical round of Go Fish or Monopoly. The variety of  game here spans from Star Wars, Game of Thrones, Mahardika (historical board game focusing on the struggle for independence in Indonesia) to Cards Against Humanity. No matter which game one picks, it will most likely engage one’s imagination, communication and negotiation skill.

As such, the hours fly when you’re having a good time playing game with your company. At The Folks, you’ll lose the urge to check your notifications. Wi-Fi isn’t provided at the café – all part of their efforts to promote a sense of community around the tabletop.

Being one of its kind in Jakarta, The Folks transport players back to those time when a game is best enjoyed with huddling friends and roaring laughter. So if you can’t remember when was the last time you played a game, then do yourself a favour. Head to The Folks and unplug.