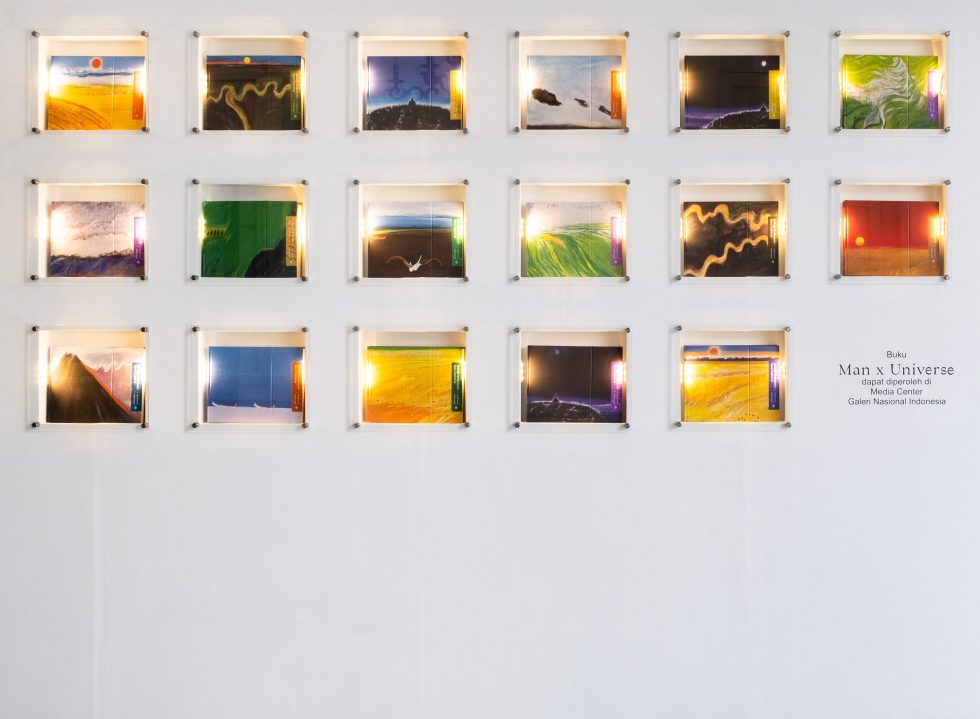 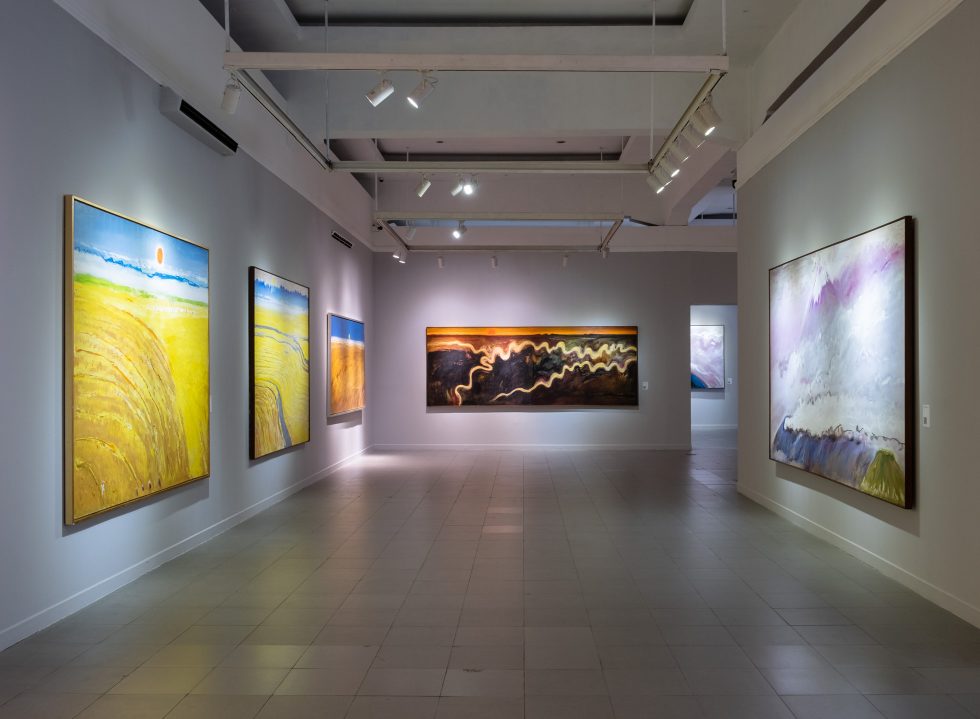 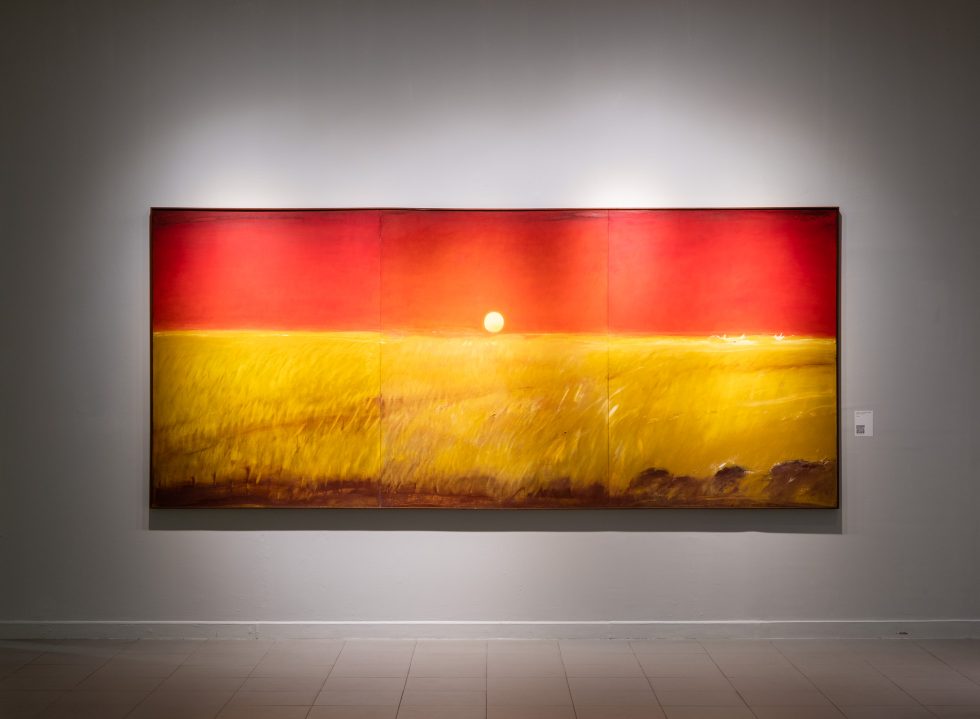 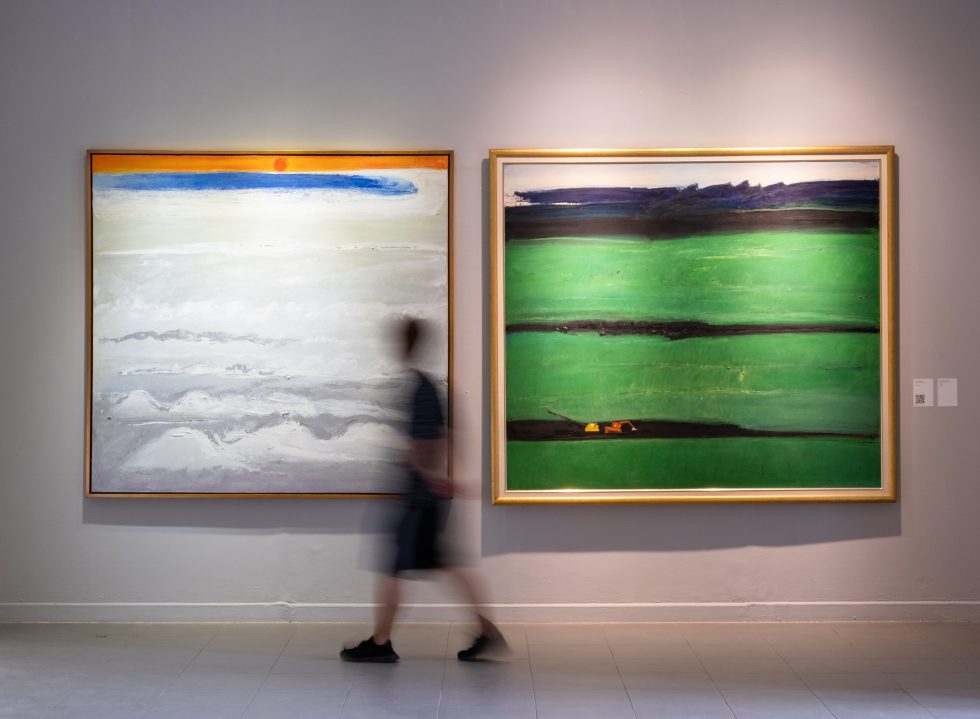 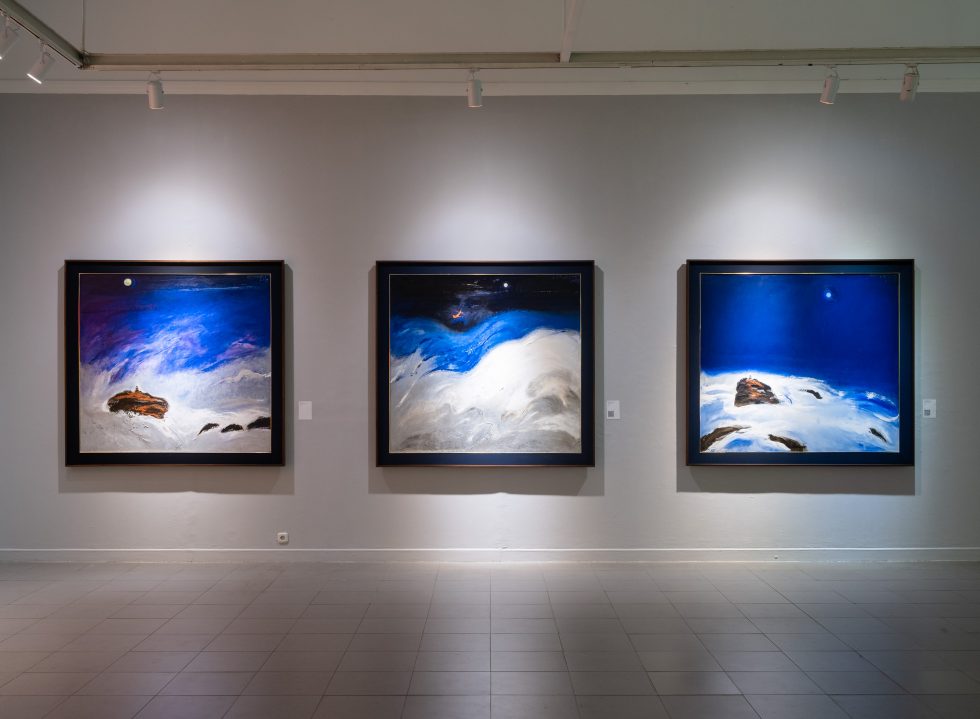 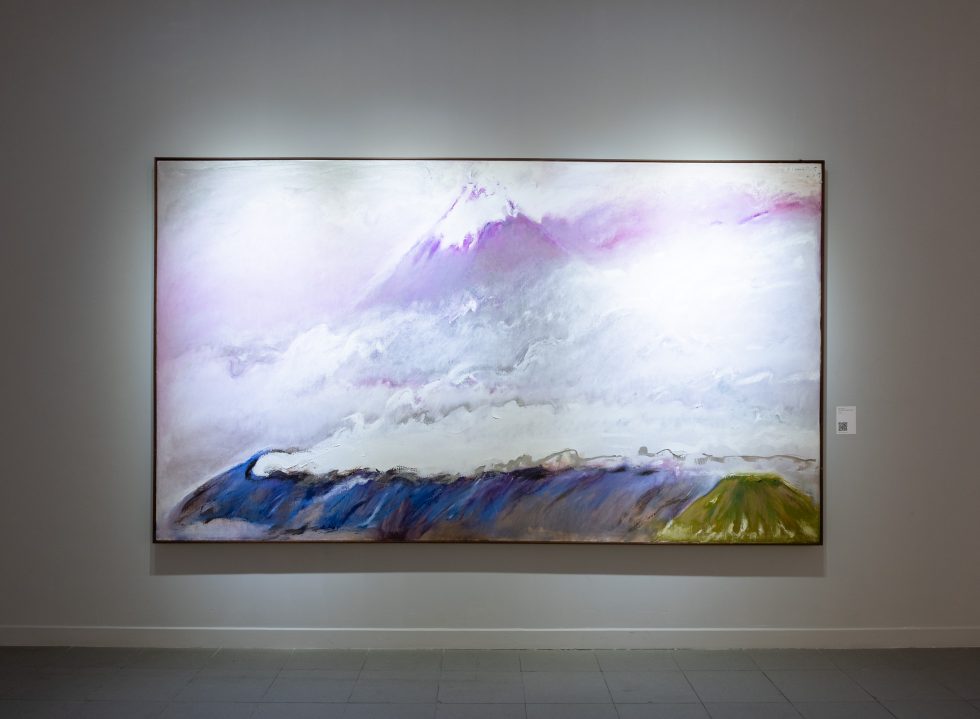 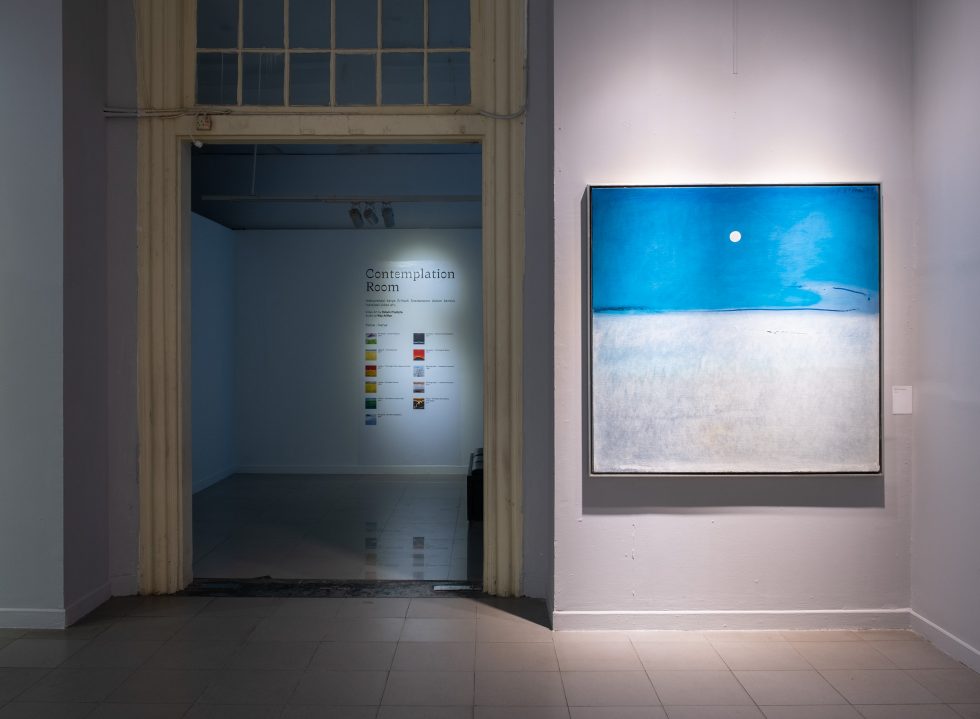 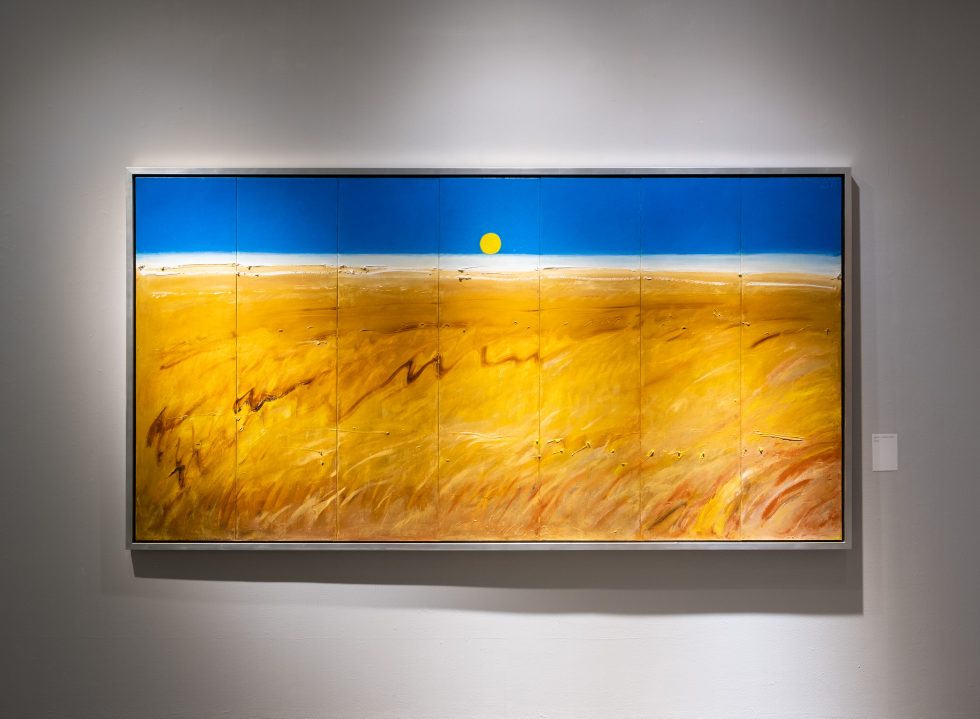 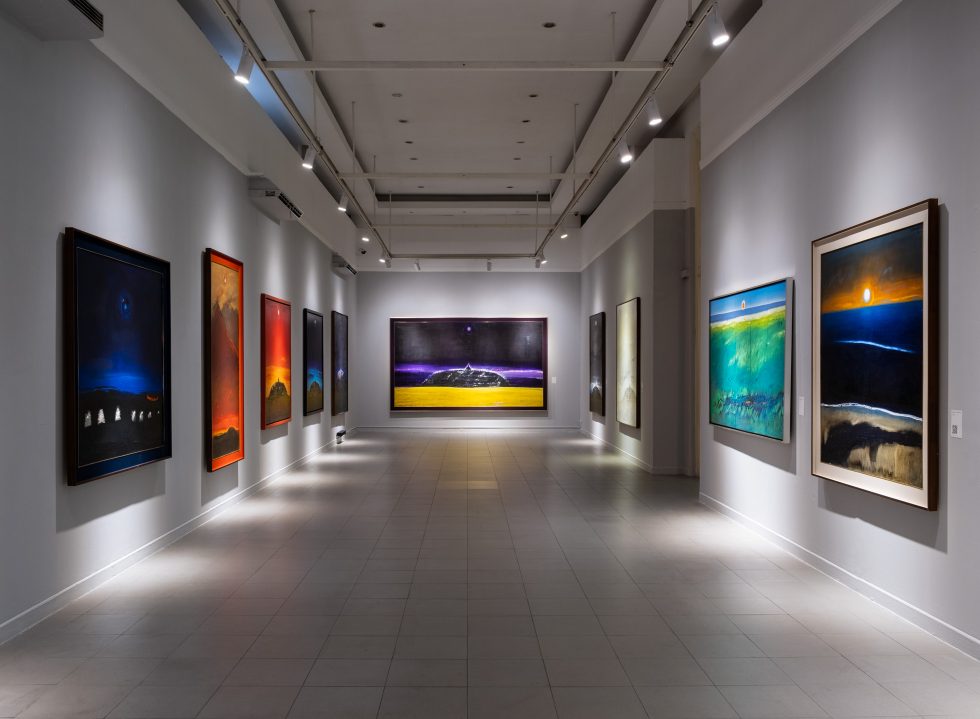 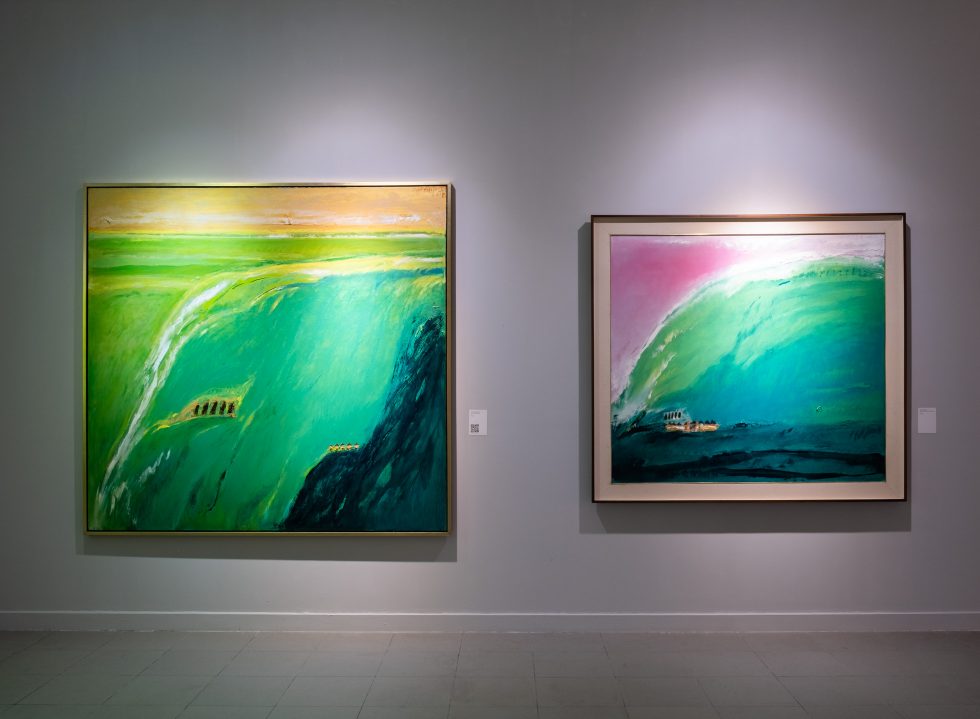 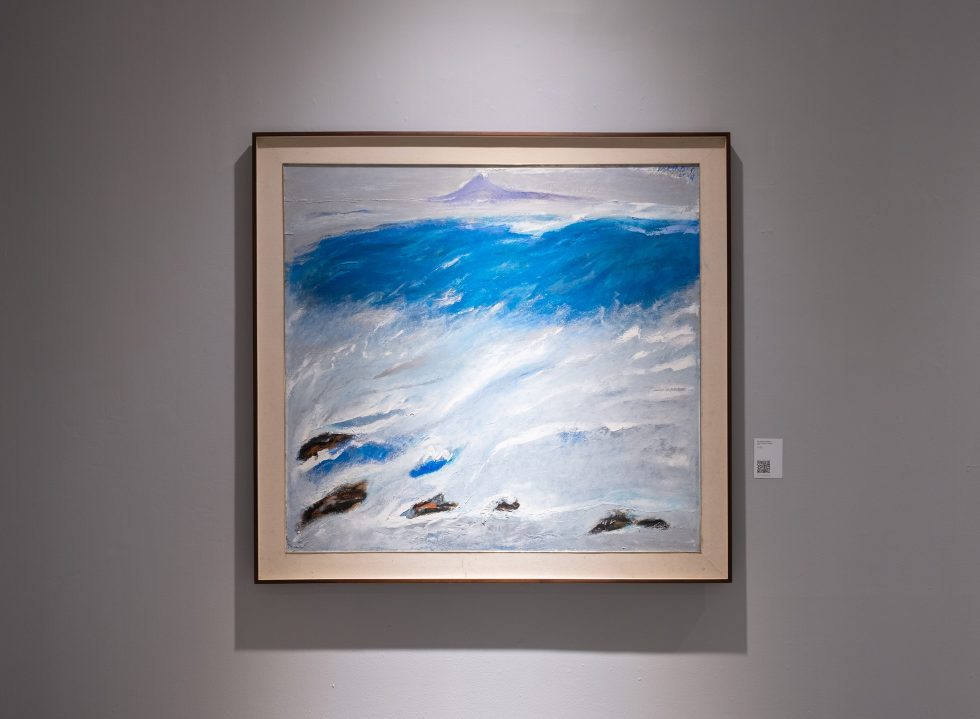 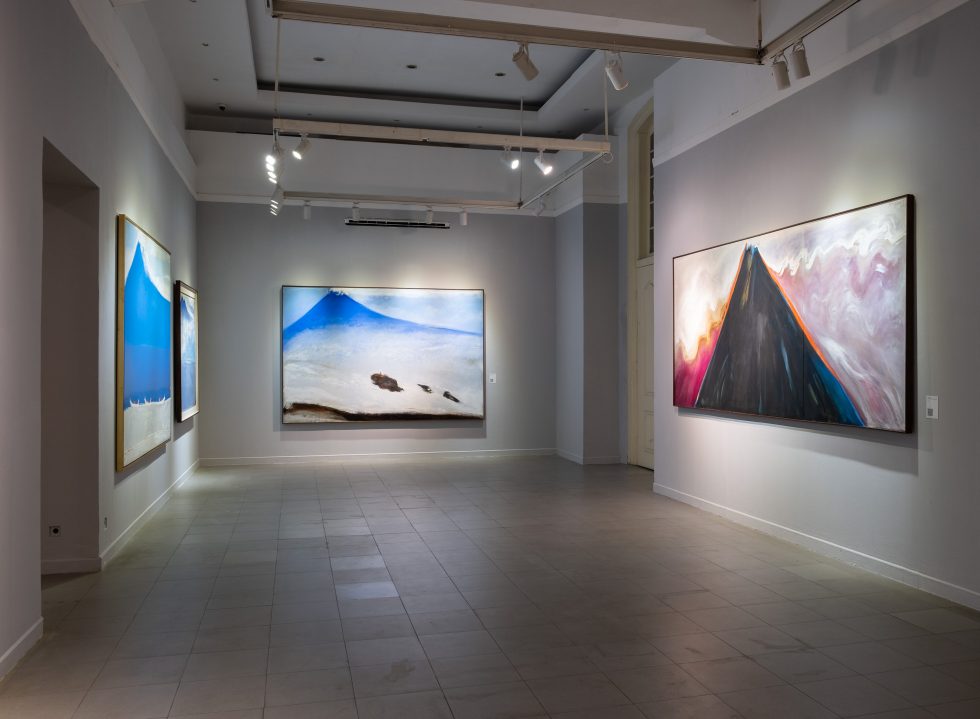 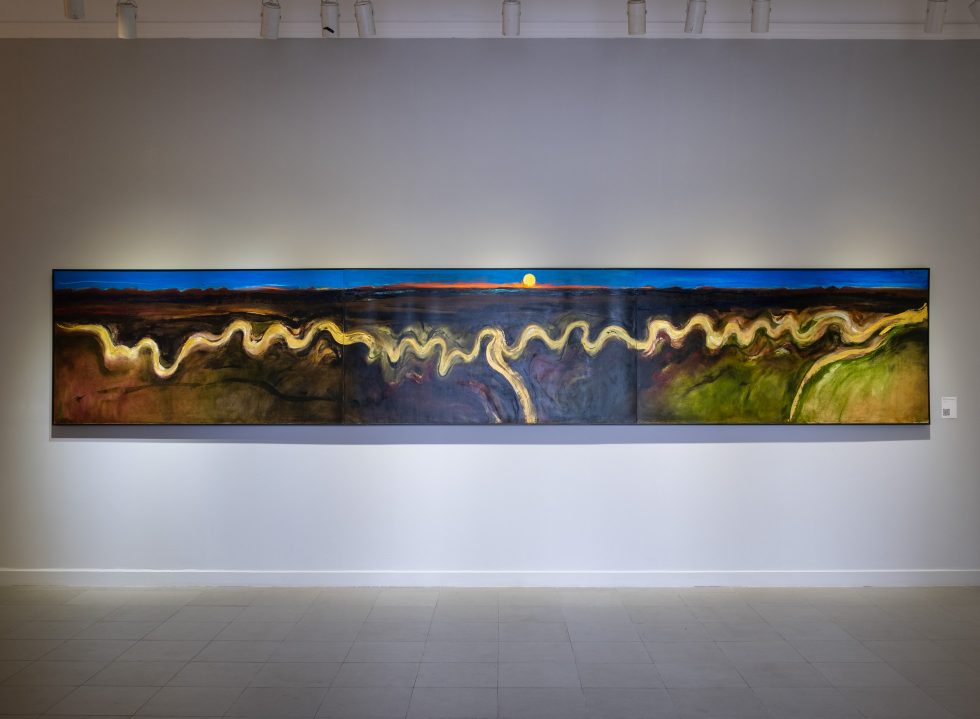 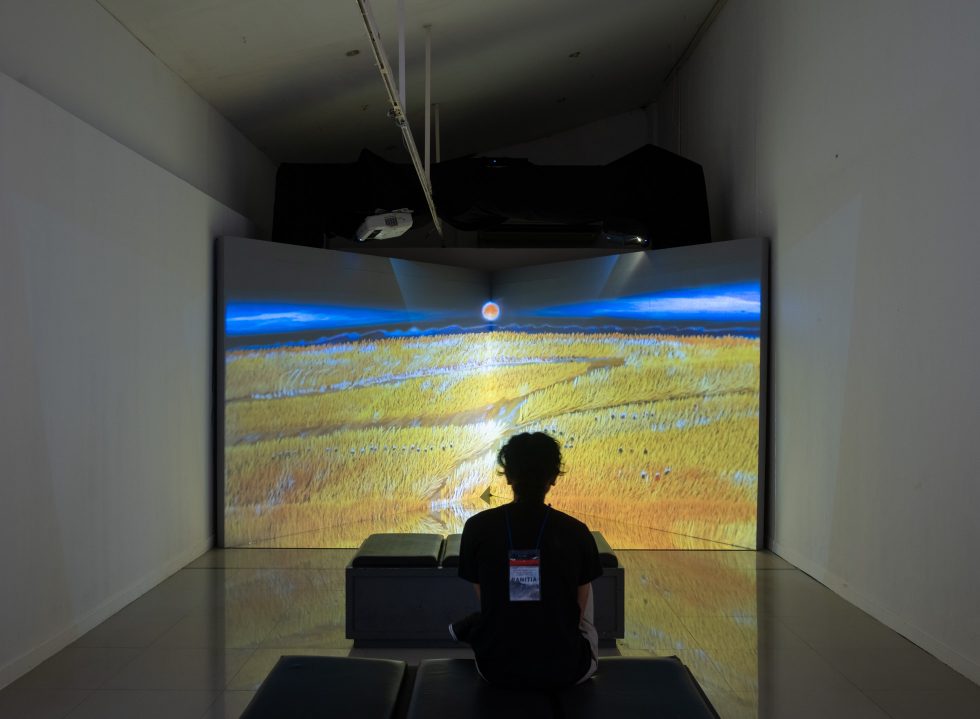 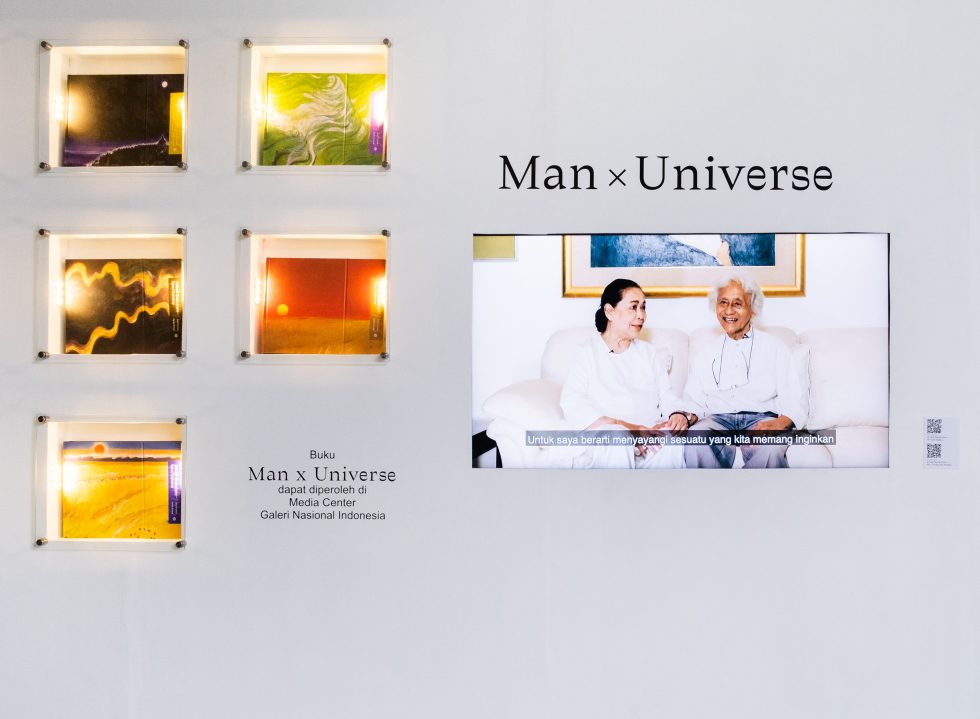 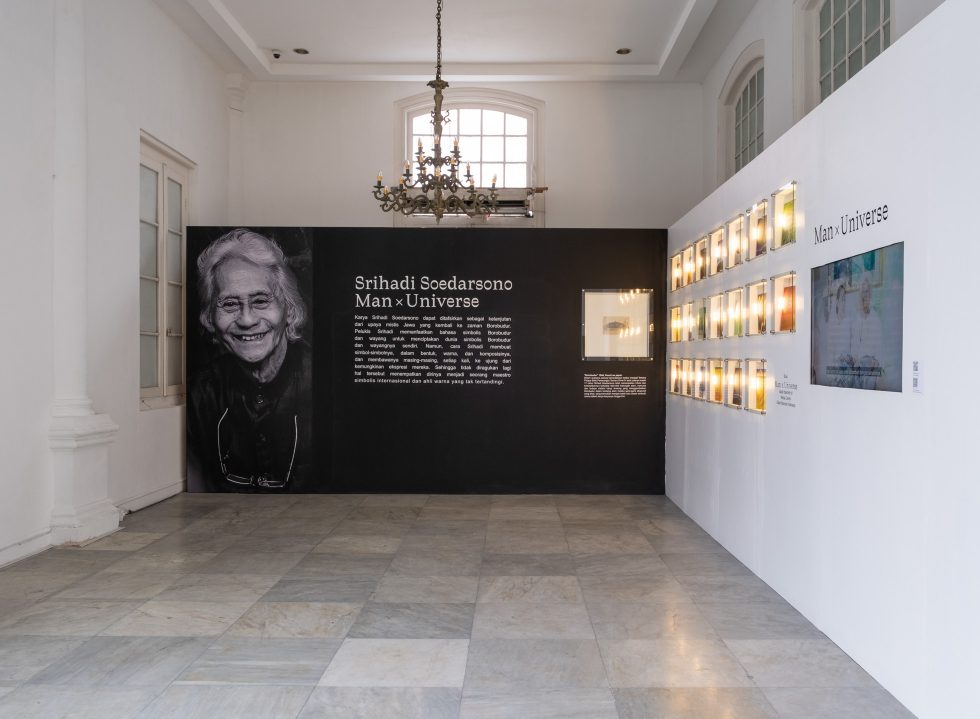 By Cindy Julia Tobing
Share
From 11 March to 9 April, Srihadi Soedarsono’s ‘Man x Universe’ is gracing the main building of the National Gallery of Indonesia for an exhibit of paintings that visualise beauty endowed and man made catastrophe in this country—reminding once again why the maestro painter is one of Indonesia’s national treasures.

“He is a wholesome figure, someone we all can look up to. This maestro of a painter can be an inspiration to everybody,” says Pustanto, head of the National Gallery of Indonesia, as he kicks off the preview for Srihadi Soedarsono’s solo exhibition ‘Man x Universe’ on Wednesday, 10 March.

This kind of admiration doesn’t come by as a surprise for a figure of such stature. Especially for Srihadi, who was once enlisted in the Tentara Pelajar student military group and went on to become a painter-journalist during the Indonesian independence era. Naturally, the 88-year-old Surakarta-born sets an inspiring example for his service and dedication to the country alone.

However, it is Srihadi’s timeless art that makes him a national treasure. Considered as one of the great masters of modern Indonesian painting, Srihadi unveils ‘Man x Universe’ solo exhibition that encompasses the maestro’s body of work from 2016 to 2020. Running from 11 March to 9 April at the National Gallery of Indonesia, the exhibition showcases 44 paintings from Srihadi’s personal collection.

In true Srihadi’s signature, ‘Man x Universe’ are dominant with landscapes, grouped based on four overarching themes: social critics, dynamic, human & nature and contemplation. In the Papua Series, one of the paintings, Papua – The Energy of Golden River Belong to Its People (2017) is a large and mesmerising illustration of a long river channel carving the island’s rainforest—a sight that tranced him from his helicopter ride enroute to the province. As personal as it is reflective, the painting also holds subtle socio-political sentiments of how nations historically profiting from Papua’s land of riches.

There’s also the Borobudur Series, a set of six paintings that captures the majestic Mahayana Buddhist temple set in different backdrops. One painting, Borobudur – The Energy of Nature (2019), stuns with its bright orange sky with a full moon overseeing the temple’s main stupa. As one of Srihadi’s fondest objects, dating back to when he first sketched the temple at 17 years old, Borobudur is to him, a religious symbol that represents the peak of contemplation and spirituality of one’s self with the universe.

Of the latest to join the roster is Srihadi’s Jakarta Megapolitan – Patung Pembebasan Banjir (2020) painting, which spotlights the flood catastrophe that hit the capital early this year. The painting centers on the West Irian Liberation Monument as if it’s drowning, with the city’s skylights as the backdrop. The artwork is laden with two ironies, subtly visualised by Srihadi: liberation of West Papua from the Netherlands, a political issue that still prevails until today; and the idea of liberating Jakarta from the overwhelming floods.

In juxtaposition to the traditional set up of paintings is the Contemplation Room, a video art installation by artist Eldwin Pradipta. Concealed in one corner of the room, the installation interprets a number of Srihadi’s paintings, designed for visitors to sit while muse on the changing landscapes.

As a response to the nation’s political and cultural developments in the span of four years, the paintings in ‘Man x Universe’ reflect Srihadi’s artistic process and his own contemplation of human’s existence, culture and the universe as one entity. From the paintings down to the message endowed in each, there’s no limit to what the artist can do with his brush strokes, and we’re once again reminded why Srihadi Soedarsono is one of our national treasures.

Srihadi Soedarsono’s ‘Man x Universe’ will run from 11 March to 9 April at the National Gallery of Indonesia  (Jl. Medan Merdeka Timur no 14, Gambir). For more information on the exhibition, click here.