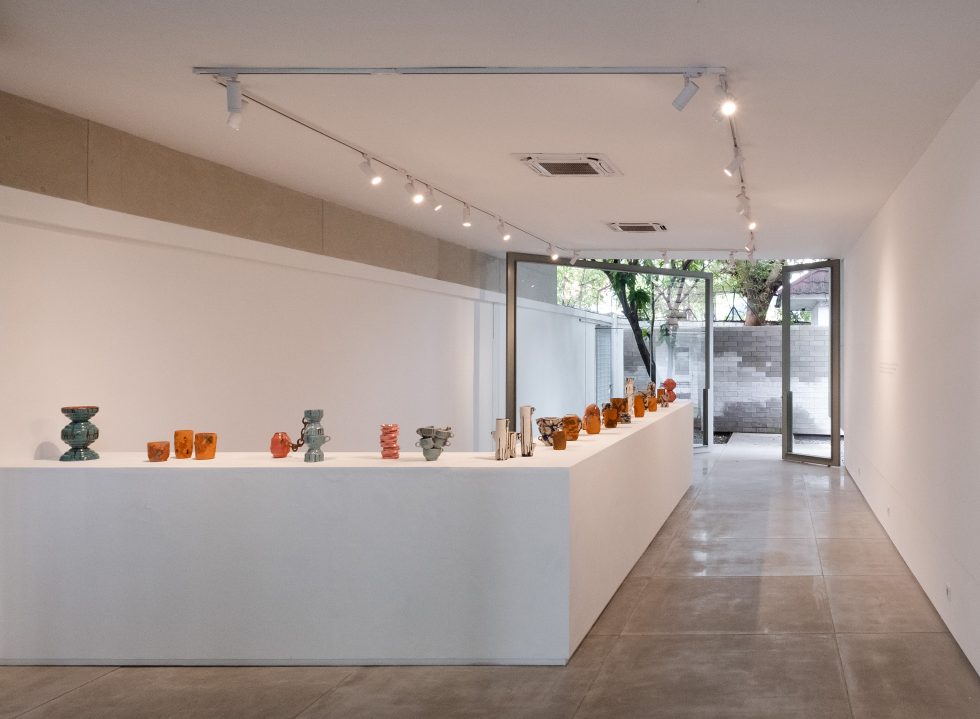 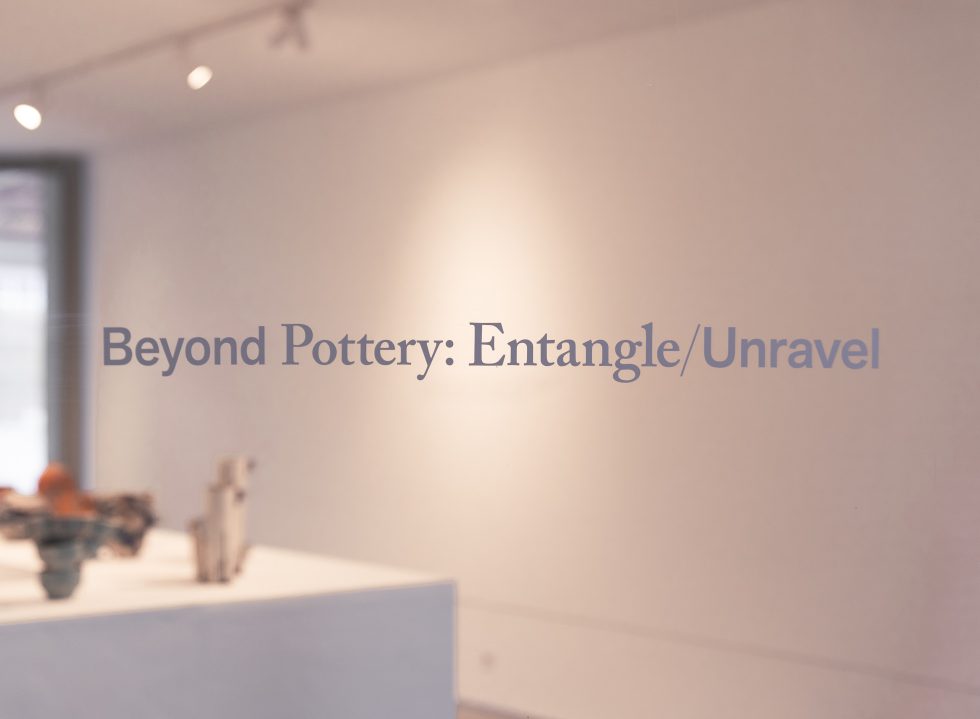 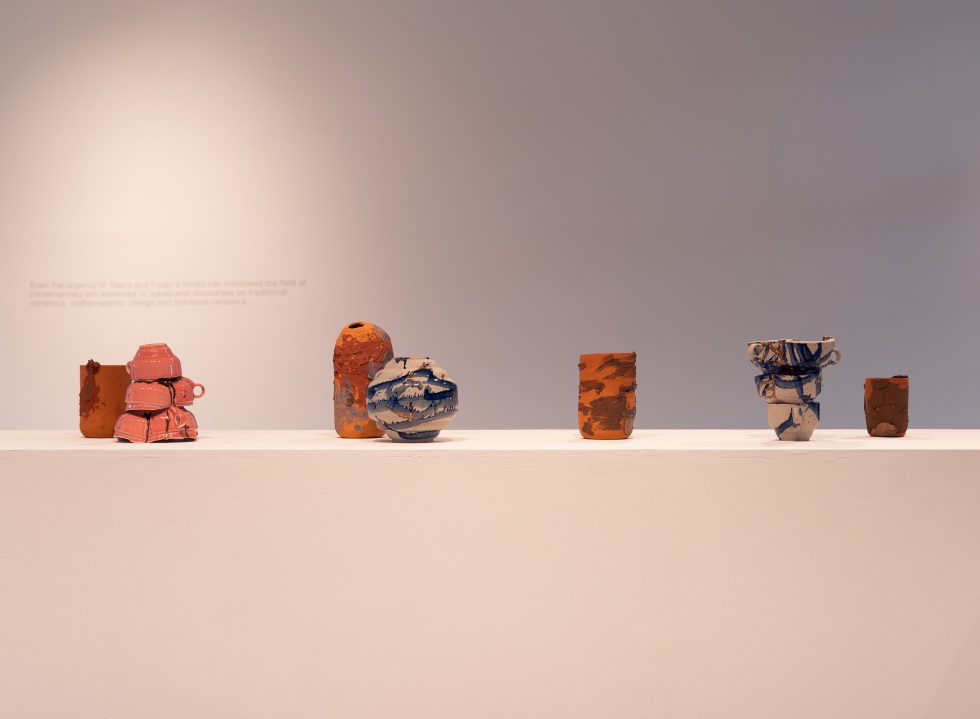 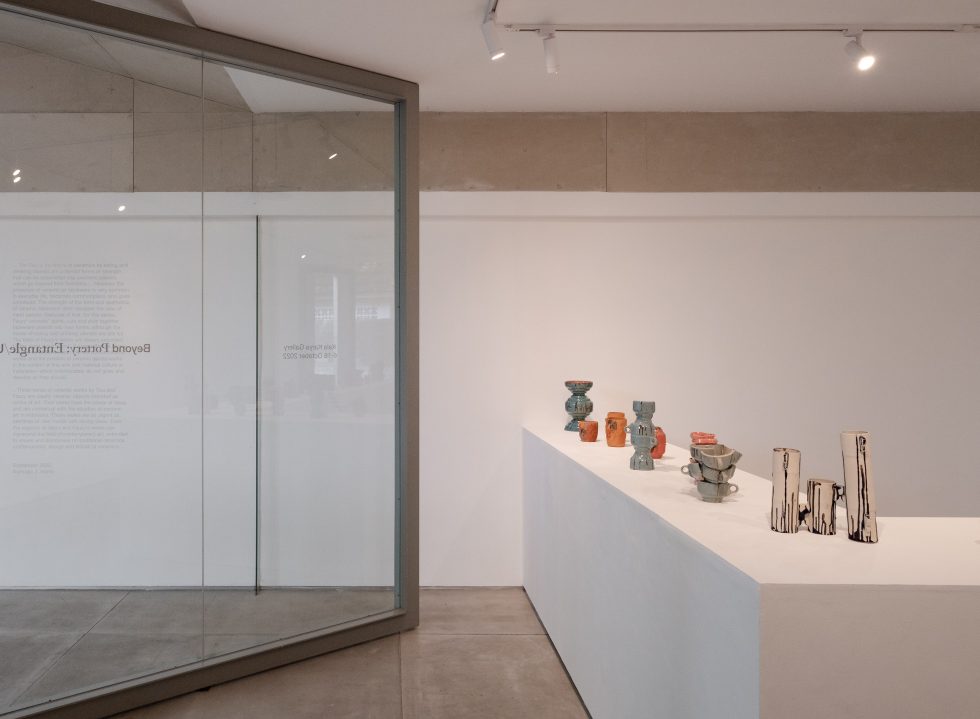 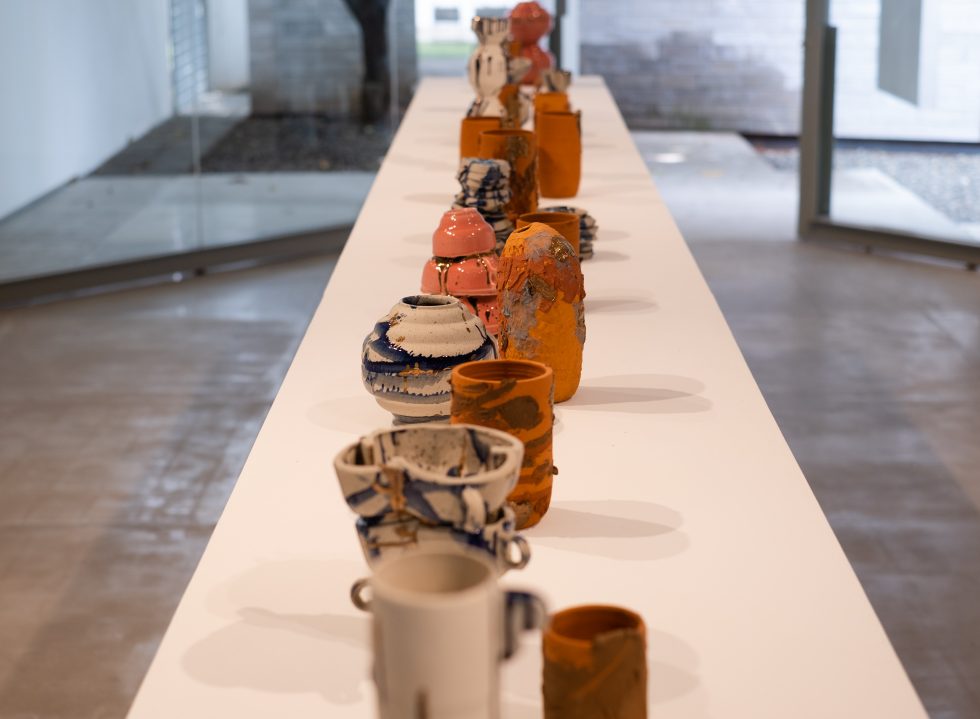 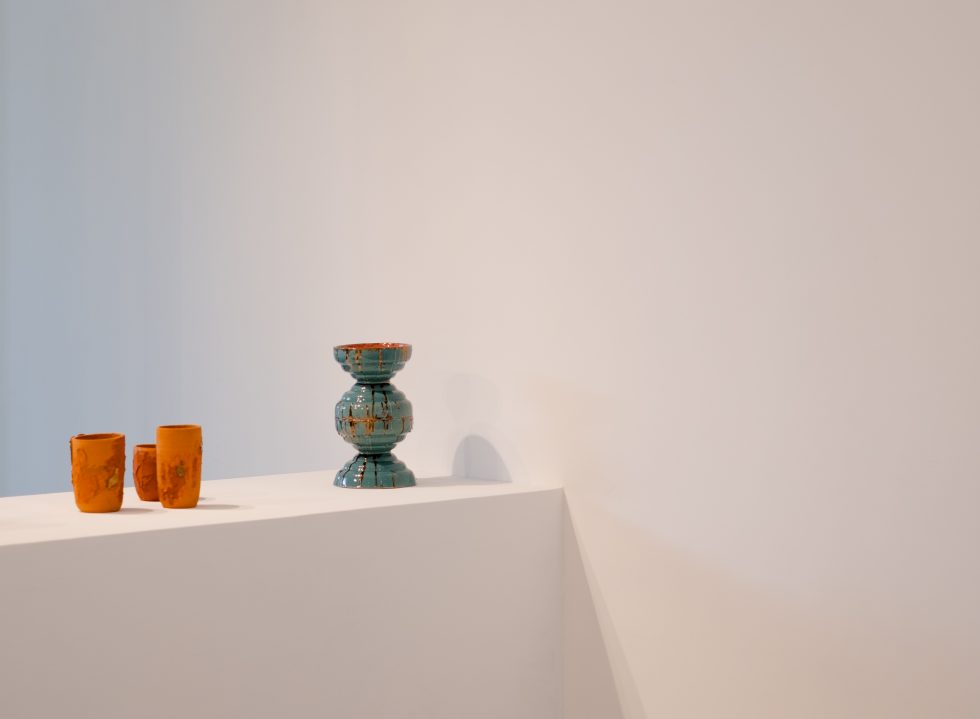 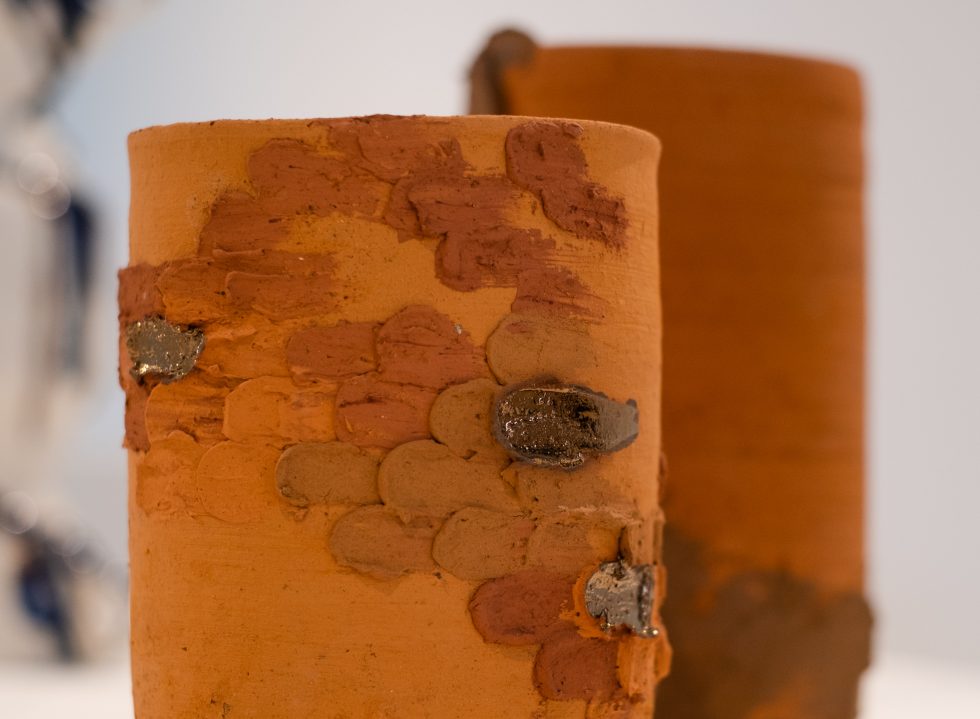 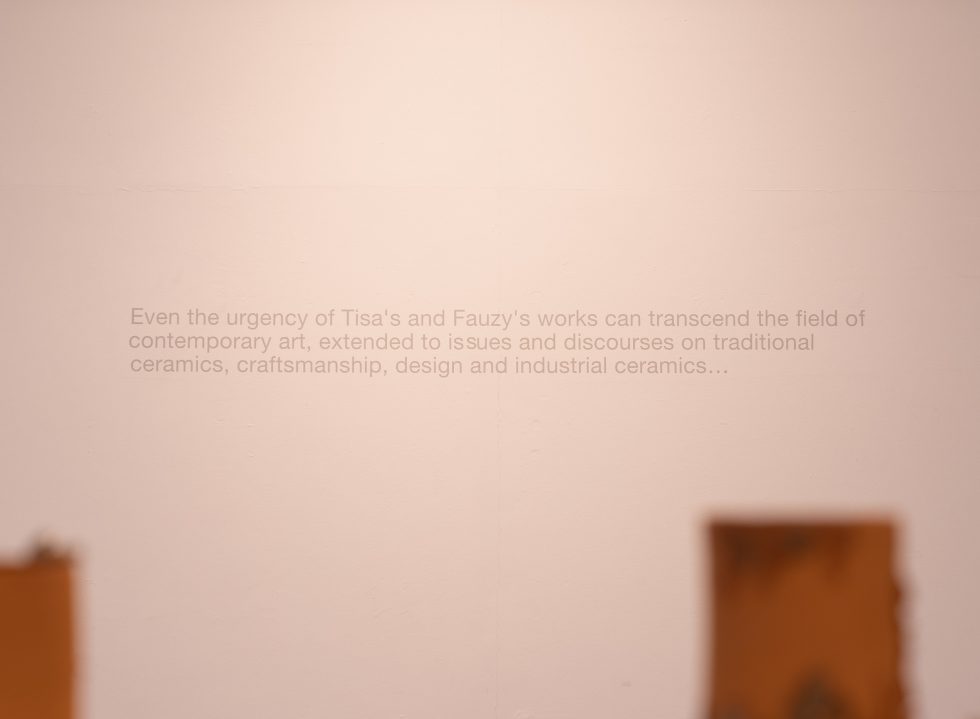 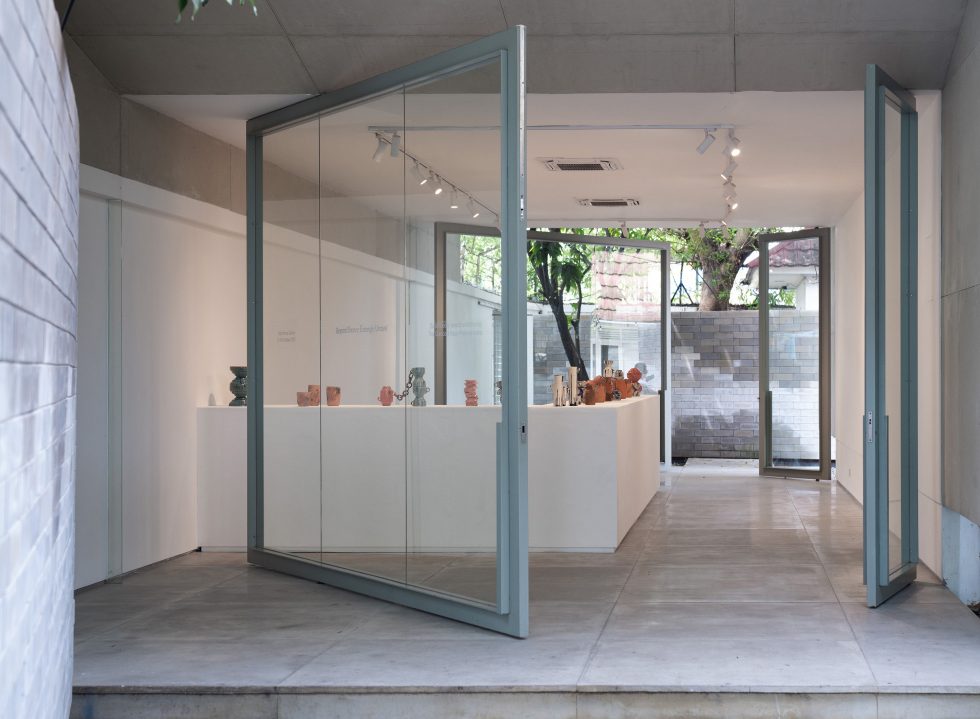 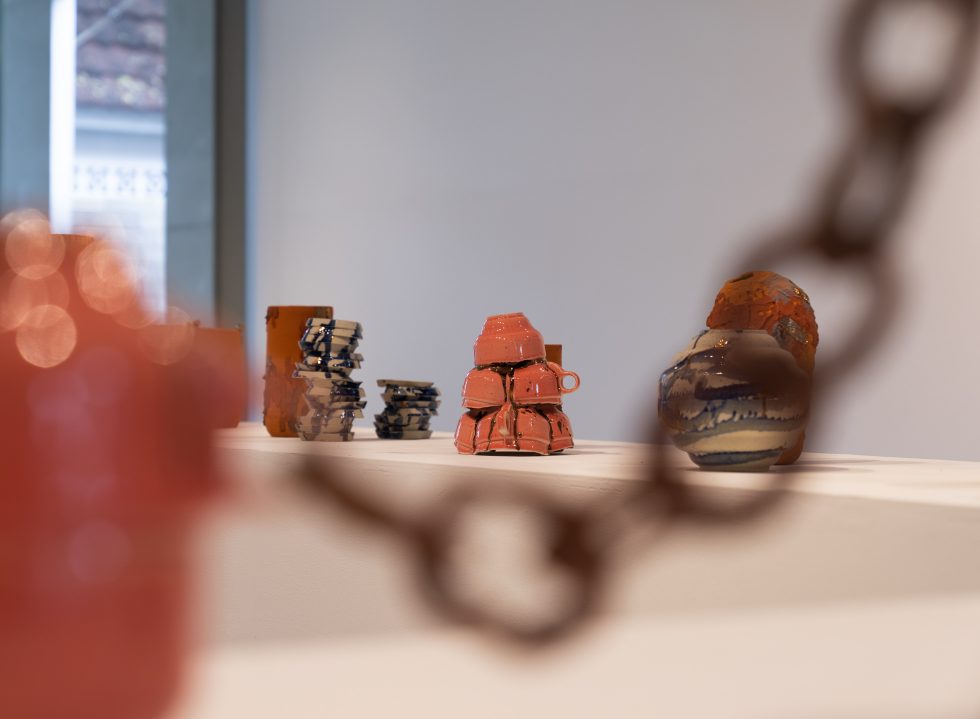 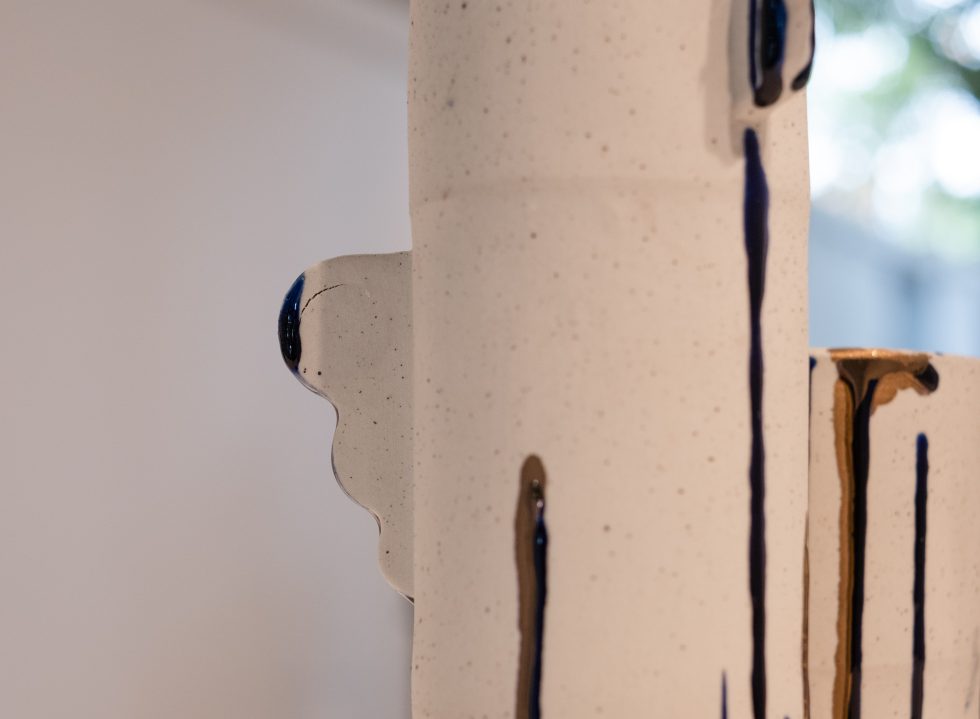 Share
Through the exhibition ‘Beyond Pottery: Entangle/Unravel’ at Kala Karya di Kalijaga, ceramicists and co-founders of Kandura Studio, Tisa Granicia and Fauzy Prasetya Kamal, expand the possibilities of ceramic art and examines its function and meaning.

Back in 2005, Tisa Granicia, Fauzy Prasetya Kamal and their friend Ghia co-founded Kandura Studio, a Bandung-based ceramic studio which became known for its speciality in homeware items, from teapots, mugs and plates. The studio has since branched into workshops and in 2018 relocated to Jakarta—all while keeping their initial curiosity about the craft intact.

In an exhibition curated by lecturer and curator Asmudjo J. Irianto that runs in Kala Karya di Kalijaga from 6 to 16 October, the two ceramicists and co-founders showcase the pieces they fleshed out during the pandemic, each a reflection on pottery as a means of ceramic art and the overlapping boundaries between them as functional and decorative objects.

Tisa’s series ‘Songs of Terracota’ reveals terracotta vessels that immediately stand out against the room’s white walls. Drawn to the history and traditions of terracotta-making in Indonesia, the pieces are shaped out of red earthenware sourced from Plered, Purwakarta.

Purposefully going for material that is often looked down upon, by adding painting-like qualities like impasto—where paint is thickly slathered onto the surface using a brush or painting knife and appears to stick out when dried—she disrupts the perception of the material, and ceramics as a whole, as having less value than artworks like large-scale sculptures or paintings.

“The idea is to add value to terracotta pottery—seen as everyday items that are near but forgotten—and turn them into objects of equal value with other established art forms,” Tisa shared. “It’s like a metaphor that the terracotta is dressing up to go to a gallery.”

Next to Tisa’s work, Fauzy’s glazed ceramics are coated in hues of powder blue, peach pink and light grey layered with dripping effects in copper lustre. With a background in product design, he admitted how his approach to ceramics was “first built through a designer’s lens,” which commanded much of his early career in ceramics. “[Function and form] are very rooted in design. In this series, I play with the relationship, or lack of it, between the two.”

A vessel with a hole at the bottom. Stacks of espresso mugs joined together at the handle. Coffee cups split and meshed together. A pillar of small plates. Concentrating on everyday household objects that often go unnoticed, such as plates and mugs that are distortedly put together, he leaves it to the viewers to answer the lingering question of their use and purpose.

“For some of the pieces, I chose to ‘release’ its function and emphasise other qualities of the object. This raised an interesting question on why the piece needed to be made, which I think contributes to the larger discussion on objects in the art ceramic context,” mused Fauzy.

Adorned with delicate brush strokes and paint drips, the work also referenced design influences he was exposed to as a designer, including the Memphis Group’s postmodern compositions and the delicate blue-on-white of Jingdezhen, or Chinese porcelain.

From the outside, it might be easy to dismiss the exhibition due to its intimate size. But walking around and looking at the pieces up close, a sense of curiosity quietly demands more. Beyond its surface and presumed function, the exhibition echoes a larger dialogue for the state of local ceramic art, and it’s their hope that it will “build appreciation for contemporary ceramic art through constructive discussions and an exchange of ideas,” Fauzy concluded.

‘Beyond Pottery: Entangle/Unravel’ runs until 16 October 2022 at Kala Karya di Kalijaga.  For more information about the event, click here.