REMOTELY: An Eid Spirit Different From the Rest - Manual Jakarta 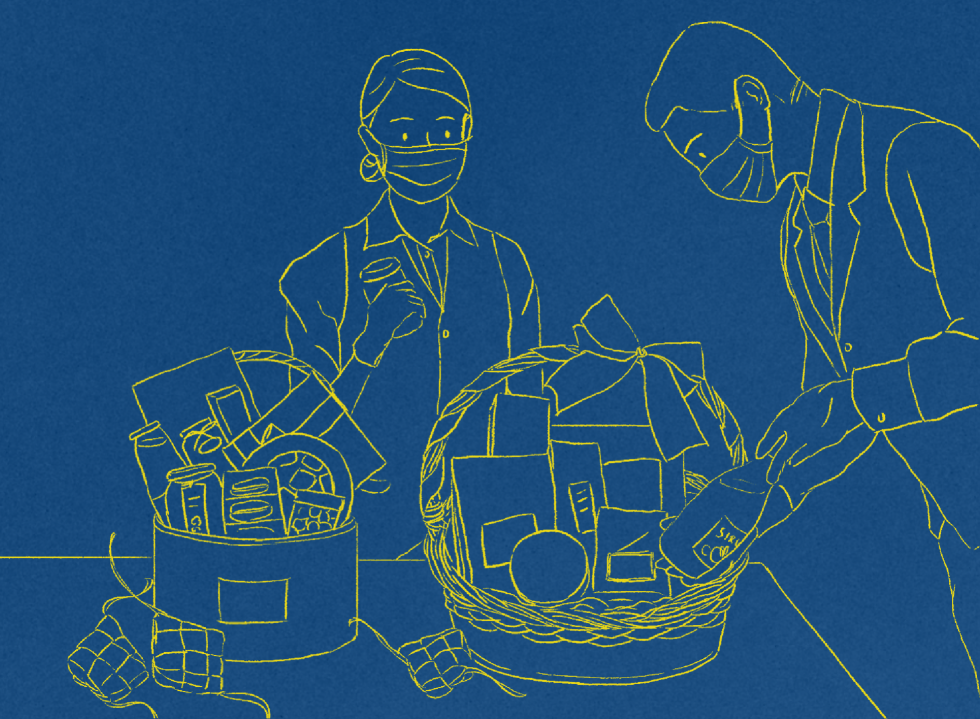 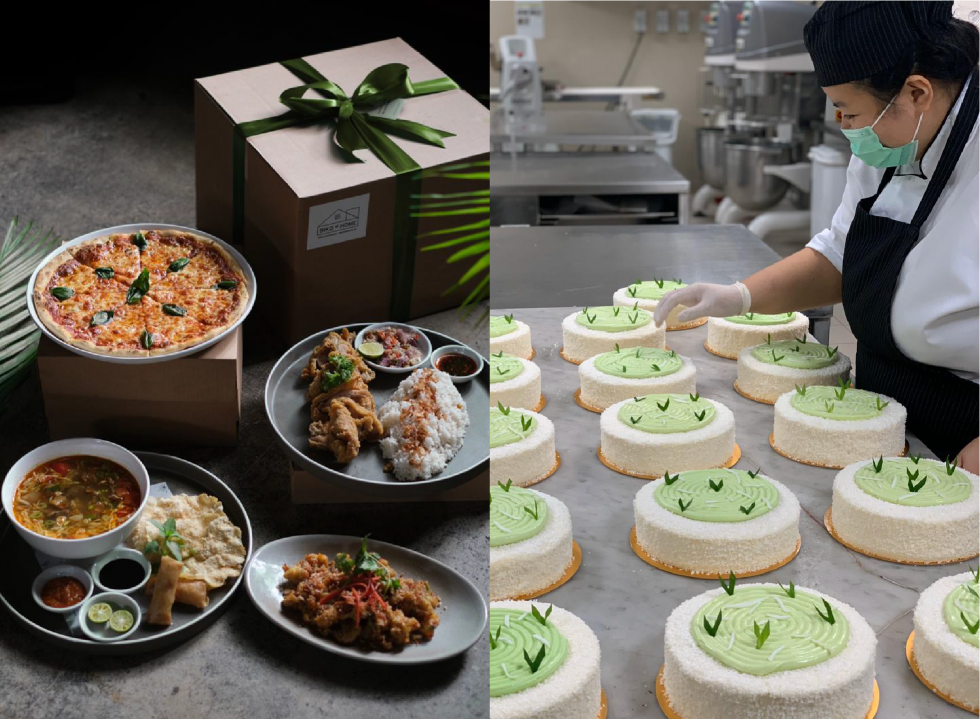 Share
Coming together with your relatives on Eid Al-Fitr has been a deep-rooted tradition to many Muslims. This time, they will have to celebrate it at their own homes. Without the homecoming and gathering traditions, restaurants and hospitality establishments find ways to keep the holiday spirit alive.

In our effort to make social distancing less monotonous, REMOTELY is a special series from Manual Jakarta where we roll out comforting and practical articles to keep you company and motivated during this period of self-isolation.

To Muslims, Hari Raya is a holiday like no other. Synonymous with ‘togetherness’, the celebration, which also marks the finale of month-long fasting, unites Muslim families and communities to bond over morning Eid prayer and comfort food identical to the special day. To much regret, the forthcoming Eid Al-Fitr will be celebrated opposingly with the conviviality limited to the confine of one’s home in light of the coronavirus outbreak—a stillness that is also deeply felt by the hospitality and restaurant industries who usually thrive with the festivities of Ramadan and Eid.  Yet still, under these current circumstances, these establishments found old ways and new ones to maintain the tradition of celebrating Eid, thus giving the holiday a new meaning.

In this dive, we speak to hospitality and F&B establishments as they prepare to enliven the nearing Lebaran-from-home, whether it be through familiar efforts such as launching Lebaran hampers to supporting the local heroes who have no options but to keep working outside their homes.

Ask your Muslim friends and relatives about what excites them during Ramadan, and they will most likely mention the bukber (buka bersama) invitations. For a long time, this tradition of breaking the fast with friends, families or even neighbours has been regarded as a highly social time where the community would come together for a banquet to relinquish the day’s fast before they carry on with taraweeh prayers and more catch-ups over food after. The tradition is generations-deep, and this year is probably the first time (if not since a long time) where Ramadan forcibly took place without these customs.

As a result, F&B establishments that considered Ramadan as one of their peak business seasons had to deal with great losses. Not only that financial obstacle is stark under a pandemic, but operating during a quiet Ramadan reminds them that they are also missing the warmth and festivity identical with the holy month.

In favour of temporarily withdrawing their dine-in services, many establishments have been offering special Iftar packages to perk up one’s Bukber-at-home experience.“We recognise the desire for people to have restaurant-quality meals at home, and our special meal kits and packages provide this effortlessly,” explained Danissa Cheria, Public Relations rep for ISMAYA (which handles many F&B outlets including Social Garden, Djournal Coffee and Osteria Gia)

Not only Iftar packages, Suhoor meals are part of BIKO Group’s deals too. Appetising dishes made easy, BIKO offers Ready-To-Eat and Ready-To-Cook selections which “are perfectly prepared for 3 to 4 persons”, said Marketing & Guest Relations of the establishment, Debora Yuza.

These endeavours are also done by Swissôtel Jakarta, who is about to celebrate its very first Eid  since it only opened late last year. Marketing Director of the establishment, Fandy Lo, acknowledged that missing the festivities of Ramadan and Eid is a huge loss of opportunity, since the season is “always marked by endless feasts, celebrations and gatherings.” To uphold as much tradition, Swissôtel makes the most by celebrating the month’s joy with an array of break-fasting menus to have at home.

While Jakarta is often associated with its empty streets during Eid holidays, hotels in Jakarta are at their peak seasons because of the usually long national break. But with the ongoing social restrictions, a different reality is dawning upon the hospitality industry. “[Swissotel] would have been beautifully decorated with ketupat ornaments or Middle Eastern tidings, but unfortunately it is something that we cannot do this year,” Fandy admitted.

The situation resonates: “In the past four years, Eid is indeed our busiest time of the year,” said Rumman Amanda, Public Relations Officer of Four Seasons Jakarta. In previous Eid holidays, Four Seasons Jakarta has welcomed a legion of guests from outside the capital, most of them were families who would stay for a week-long recess. “Normally, we welcome guests from neighbouring cities, like Bogor and Bandung, sometimes even Surabaya too. This time, we are not expecting the same, but our culinary team has prepared a special menu which highlights Indonesian cuisines for those who wish to celebrate Hari Raya with us,” she continued.

Despite the low bookings, what remains of this celebration under the pandemic is the act of giving as a way to share one’s gratitude—a quintessential tradition of Eid Al-Fitr. Lebaran cookies (think Putri Salju, Kaasstengels and Sagoo bites), whether homemade or delivered from one’s favourite bakeshop, are snacks whose presence are as symbolic to this season in the Indonesian Eid culture. Hence, establishments uphold the tradition by launching their cookie hampers sealed with fine packaging and cordial greeting cards—as is the case with Swissôtel Jakarta and Four Seasons Jakarta, the latter offering personal customisation according to the customer’s ideal hamper.

BIKO Group, which also faces a momentary lapse during the pandemic, further elevates the Eid momentum by launching their Ramadan Care Package, which consists of their special Iftar and Suhoor meals along with exclusive Eid greeting cards designed by Gema Semesta and written by Kata Puan. Through this collaboration, the establishment hopes to “remind everyone that although things have turned out to be different, some things remain the same, and that is the joy of connection and intimacy,” expressed Debora.

In times when emotional, social and financial distress overpower, canonical occasions like Eid have gained twice the momentum that calls for a collective act. And with big corporations taking initiatives, we are reminded that although this year’s Hari Raya is unusual, it is one where our compassion is most needed.

The joy of Hari Raya is typically shared and celebrated with your dearest ones. But since the pandemic hit, the tradition has transcended to sharing and caring for those outside one’s community. In the past two months, businesses across industries have engaged in social campaigns, something that may have not been the highlight of this year’s Eid if the pandemic did not happen.

To note the magnitude of giving this year, ISMAYA’s collaborative campaign #RamadhanUntukPahlawan with ReachOut Foundation and BenihBaik.com, has gathered roughly IDR 60 million for medical workers by the time this article is written, whereby proceeds will be distributed to nine Jakarta-based hospitals for food supplies for the front-liners. BIKO Group has also launched a similar initiative: a direct charity where IDR 50,000.- worth of food supplies and daily necessities are given to their couriers, in hopes that this will “ease the burden of the everyday heroes promptly,” said Debora.

The coming Hari Raya might be a solitary one when viewed in retrospect. Without the customary family visits and waking up after dawn for the yearly Eid prayer, the celebration is still. For some, however, the day means spending countless hours beside the hospital beds or chasing after their daily income. No matter the efforts, it seems like this year’s Eid and Ramadan had never been this reflective, and under the shadow of the pandemic, the season carries a different significance for many.

Alas, the endeavours made by these establishments are proof that even the littlest form of support goes a long way when everybody, in every part of the world, are going through the same thing. While the pandemic has disrupted the Eid customs we deemed familiar, it has also taught us to value the celebration in a different (hence quieter) light.