Something About Rayssa Dynta - Manual Jakarta 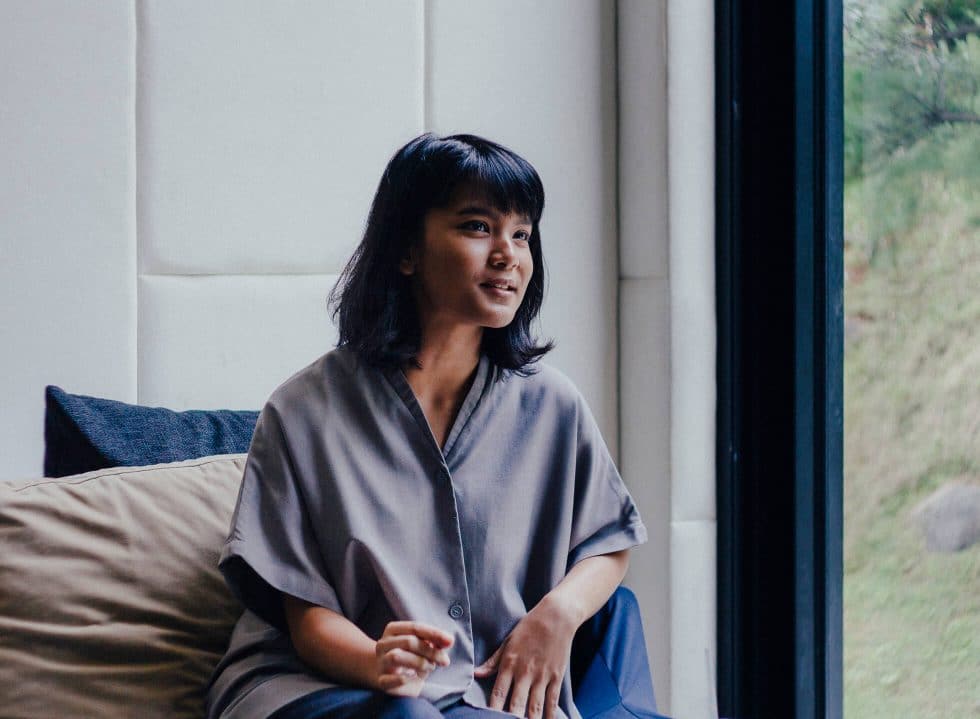 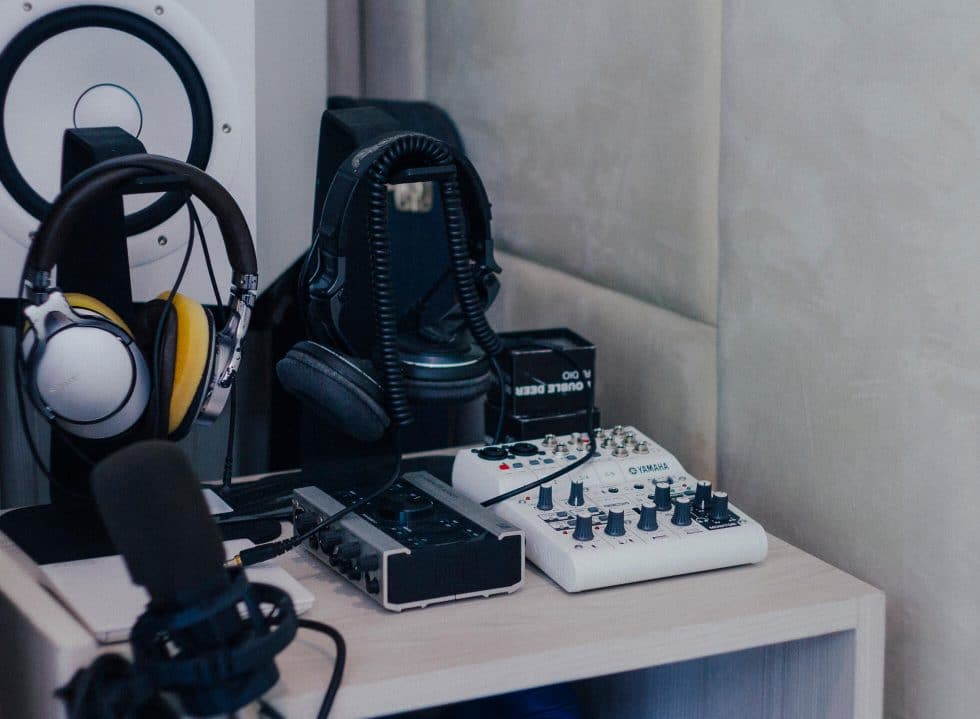 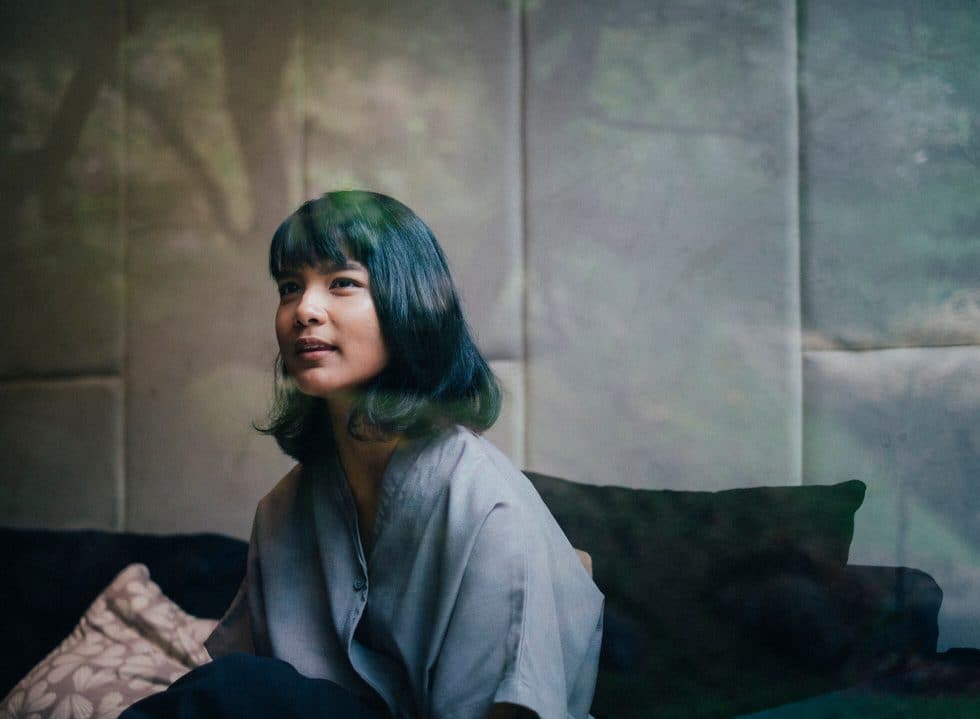 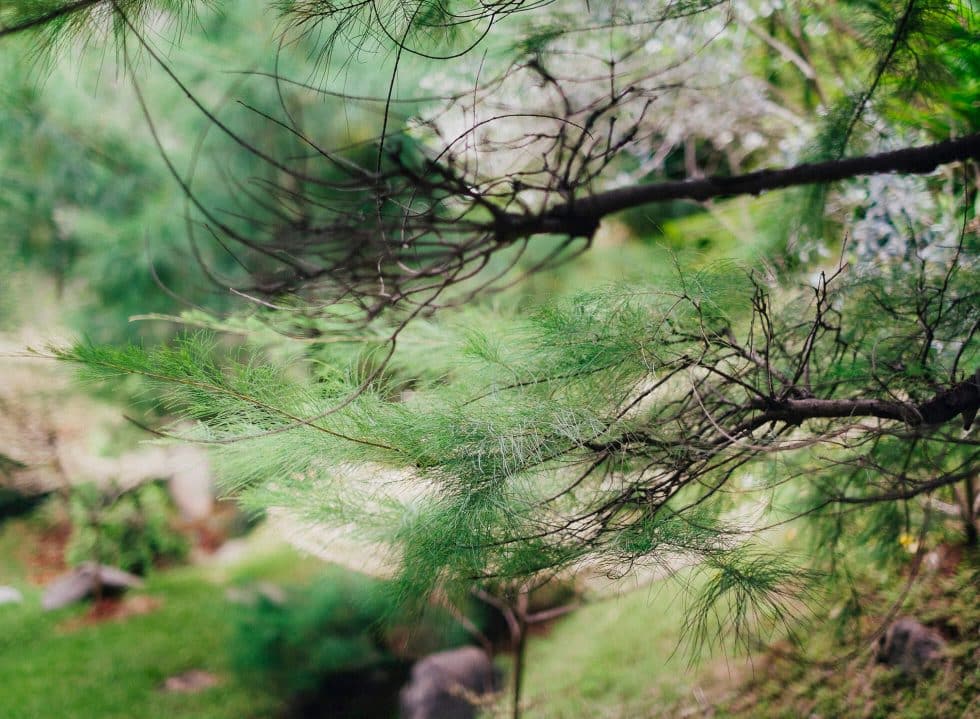 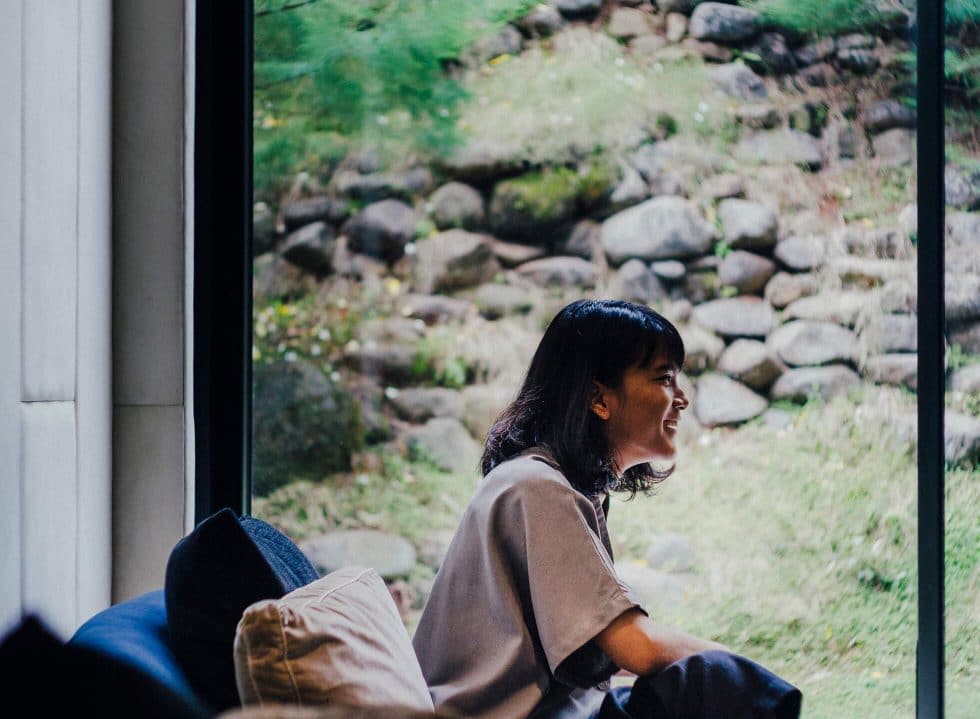 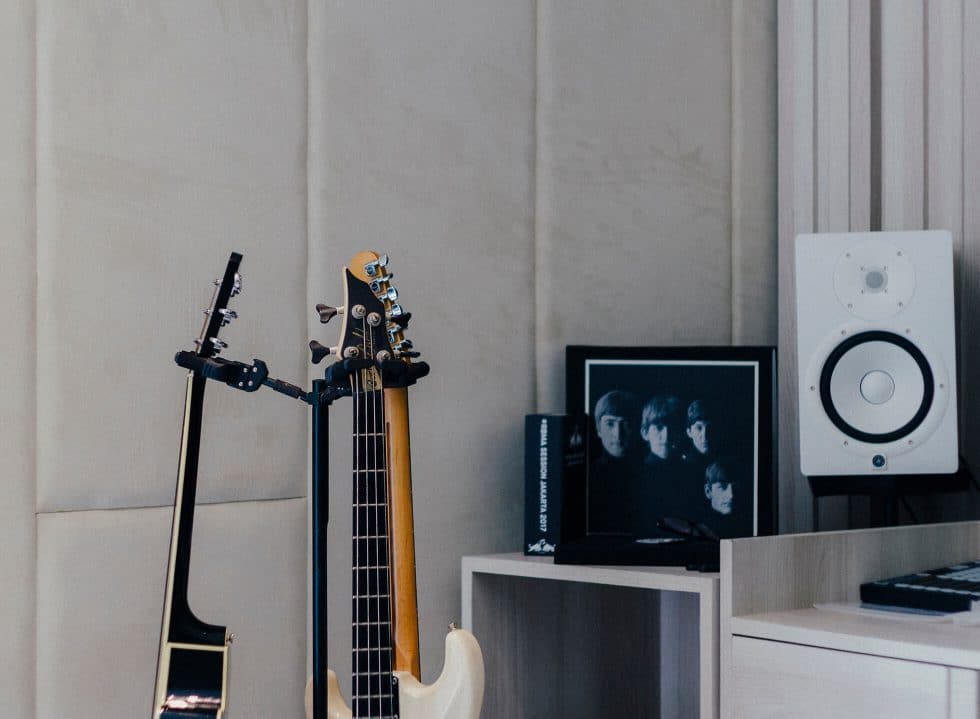 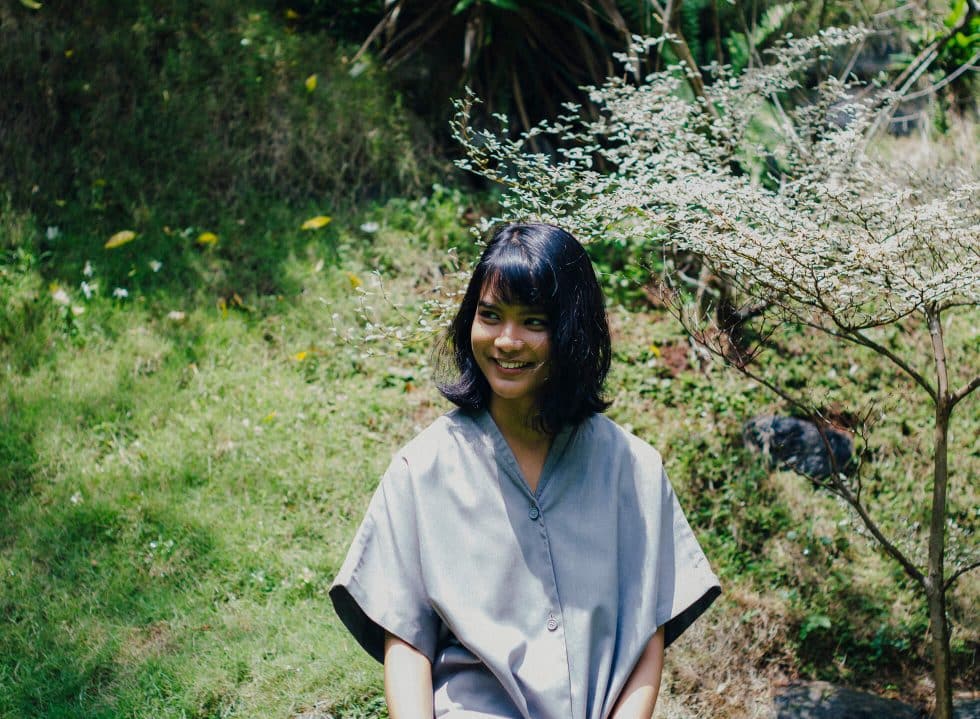 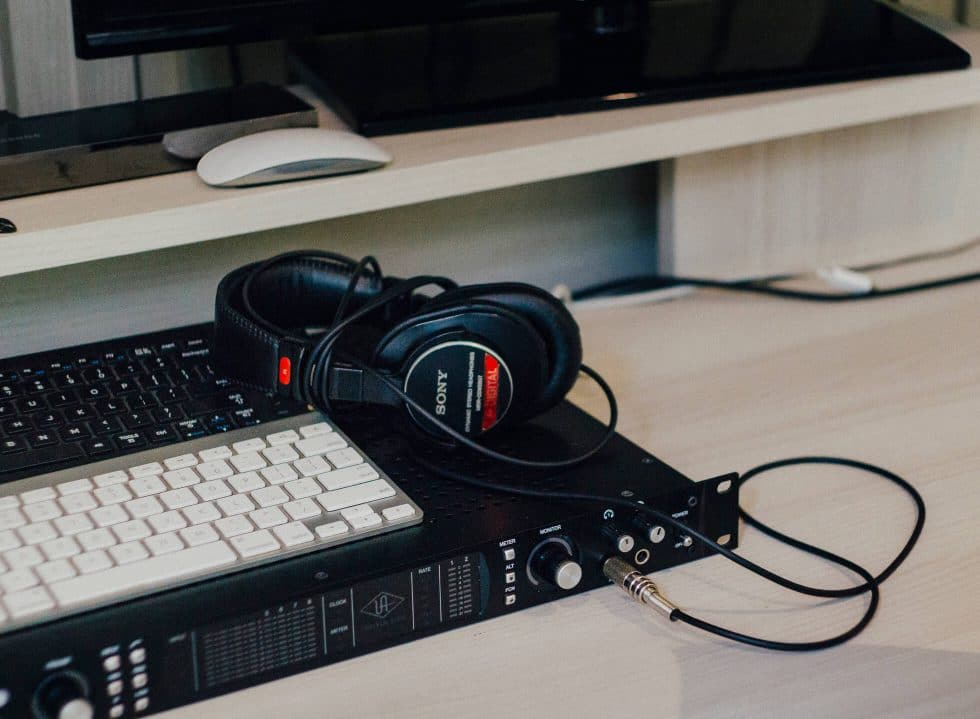 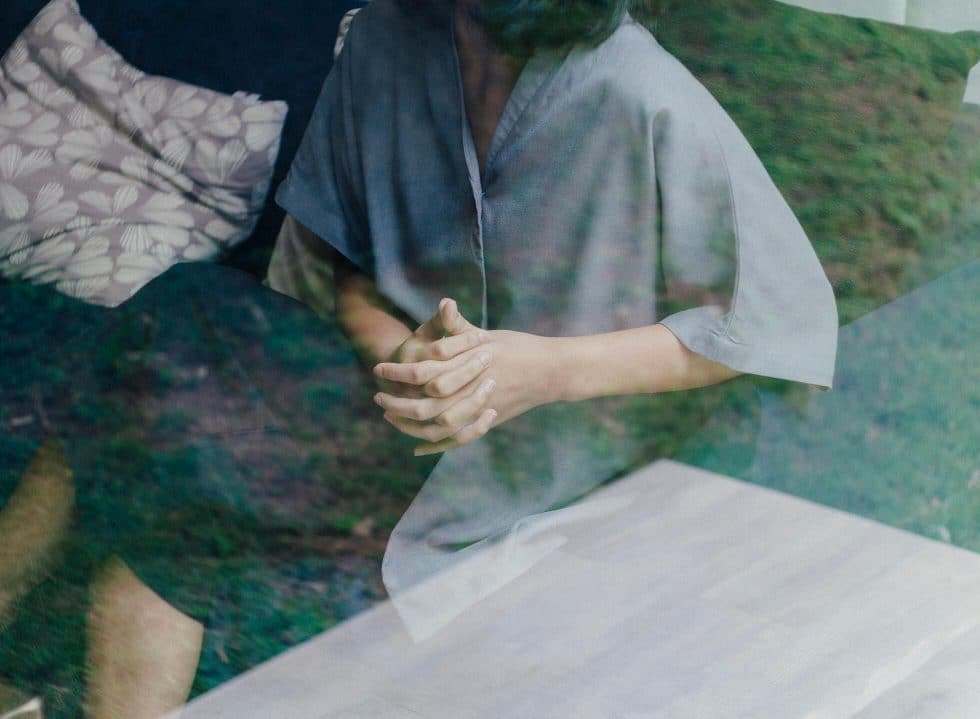 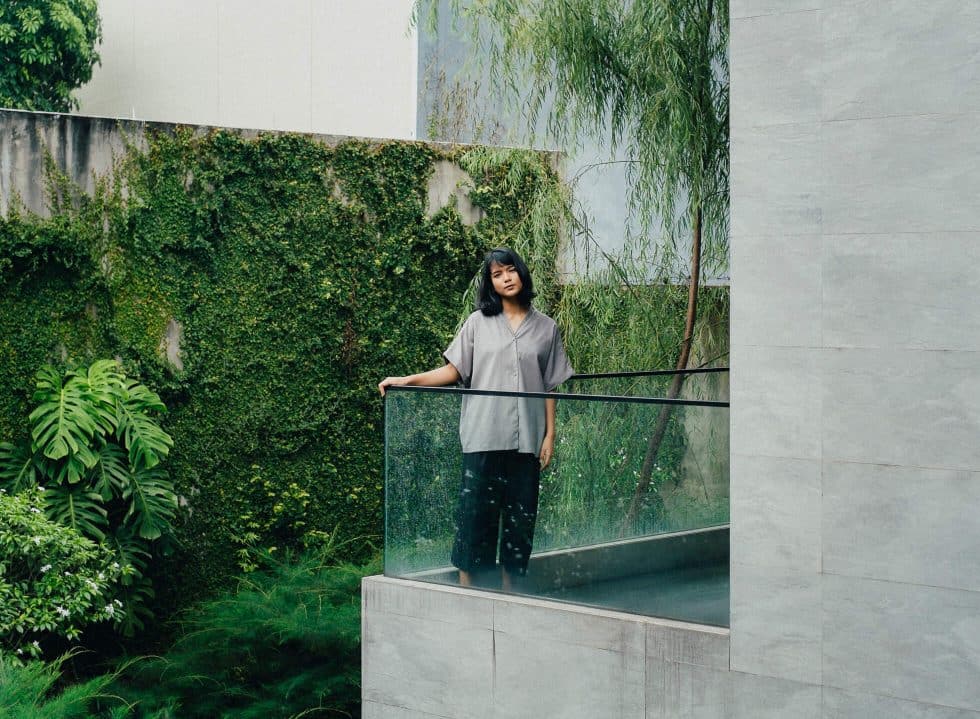 by Julius Kensan
Share
The singer Rayssa Dynta talks about her first EP “Prolog”, her inclination towards pop music and the pain of maintaining social media presence.

“Is it okay if I put this here?” Rayssa Dynta points to her “kopi es susu” (local version of ice coffee) from TUKU before settling into the couch. We’re tucked in the corner of the recording studio of Double Deer, the record label that she’s signed under. Her bright voice is a stark contrast to the gloomy weather outside as well as the monochromatic getup she’s in.

Many may not heard of her name. After all, Rayssa is positioned within the alternative music scene. Even so, her presence and progress in the latter is unhurried. While her first EP, “Prolog” was released in late January, you can’t really call that a debut. Instead of exploding into the scene right away like a bright comet, Rayssa has been taking the time to collaborate with other artists and producers. So far, she has lent her voice and touch to three different tracks by Arrio and Artificial (both also represented by Double Deer) as well as Emir Hermono.

A sort of an orientation course, if you will. I ask how she felt about working with other people before moving to her own solo project. “They introduced to me, little by little, to what being a recording artist is. They also helped me in making “Prolog”. Arrio is the producer and Emir, I talk to him about a lot of things, like recording stuff and how to make this and that sound better. I think Emir and I have similar writing styles; we care about rhymes a lot. Yeah, they are all helpful,” she says with a smile.

“So it’s not always about love, I don’t think I’m that sentimental.”

Aptly titled “Prolog” (Indonesian for prologue), the EP consists of five songs that serve as “an introduction to who Rayssa Dynta is as a musical artist.” I mention to her that “Prolog” feels like a narrative about love and longing. Rayssa tilts her head and clarifies, “I’m not even sure that it’s about love though. I mean I wrote about non-fiction but it’s not only about that. I think two or three songs out of five are about me dealing with myself. It depends on how good the story is and how worthy it is to write. So it’s not always about love, I don’t think I’m that sentimental.”

Rayssa may not be sentimental, but she certainly has no problem getting reacquainted with Arrio for “Prolog”, where he produced the EP. “When I first got to know Arrio and his music, I thought it would be interesting because my main influence is pop. I thought it was interesting for us to find a middle ground, where it’s balanced. Because Arrio, from my perspective, he wouldn’t be able to reach the general public that easily. He’s more segmented than I am. Meanwhile, I have this pop background; to be honest I listen to Taylor Swift,” she laughs.

“Well, I can’t say that Taylor Swift is my guilty pleasure because I’m not really guilty about it.”

But even with Arrio as the producer, Rayssa is clearly in control. Just as she said, her influence from pop music manifests itself within this EP. In “Something About Us” for example, the short, simple and melodic song is an earworm, especially the chorus that washes over you like waves.

What are the pop artists that she listens to on regular basis? “Well, I can’t say that Taylor Swift is my guilty pleasure because I’m not really guilty about it,” she laughs. “I like alternative pop too. I love the band Chairlift and Paramore.”

But her inclination towards pop music is not because that’s the only music she listens to. “On a regular basis, I think pop songs are easier to listen to. You don’t have to be in a certain mood. When I listen to Banks, I’d probably be sad, dark, depressed. It’s just how she made her music sounds like. With other pop music, I feel like it suits my situations better most of the time,” she explains.

Perhaps you could also argue that her preference for pop music is a subconscious reflection of herself. Just like pop music, Rayssa herself is very approachable. She has no airs and it’s easy to feel comfortable around her.

“But I’m trying to find that middle ground where I can be myself and be okay.”

I ask if there’s a certain part of being an artist that she doesn’t enjoy that much. “In the music scene in general, I would love to have less piracy. Because I just got my own pirated ‘Prolog” leaked on Twitter,” she says, visibly upset. “At first I was like, seriously, I don’t even get that much money from the streaming services and then someone pirated this. I haven’t even released my CD yet. Well, I guess I take it as a compliment.”

Still, pirating isn’t the only thing that she has to face from now on. Now that she has fans looking up to her, does she feel the pressure to be a role model? “In some cases yes, I do think about what people think of me, but most of the time I don’t. Because I’m not really a social media person anyway, so I don’t really post everything that I do. But I’m trying to find that middle ground where I can be myself and be okay,” she says.

And speaking of social media, is that another pressure? She confesses that she thought about quitting Instagram a year ago. “It’s hard to keep up, because I don’t really have my phone with me all the time. I don’t go out that much. I rarely get out of the house. I enjoy being under the blankets and all. I make myself sound boring, but I’m just trying to keep it real,” she says.

If you were to compare her to Kallula Harsynta Esterlita, the other half of Kimokal (represented by Double Deer as well), the two of them couldn’t be more different. Kallula posts on her Instagram regularly and has more than 30K followers. Not only that, Kallula is completely at ease being under the limelight and also a constant fixture within the local fashion scene. While these days, Rayssa’s daily routine mostly revolves around taking care of her dog. “She’s very sick. She’s old.” Plus trying to meet up with her friends then goes to sleep early. “I’m not a night person.”

So you’re more of a morning person then, I ask. “Not really, I like to sleep a lot,” she answers.

Outside, the rain starts to pour. Even though the interview is over and we are chatting up a storm along with other team members of Double Deer. You can tell that if given a choice, Rayssa would much rather slip into her blanket and enjoy the weather in the comfort of her own room.

“Prolog” is now available on iTunes and Spotify.