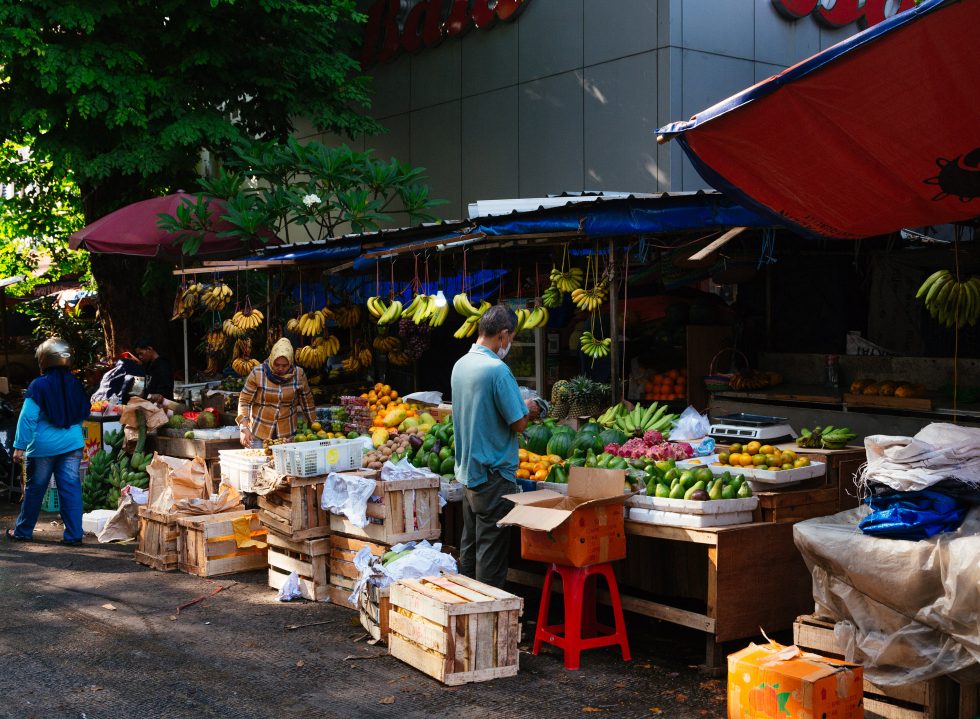 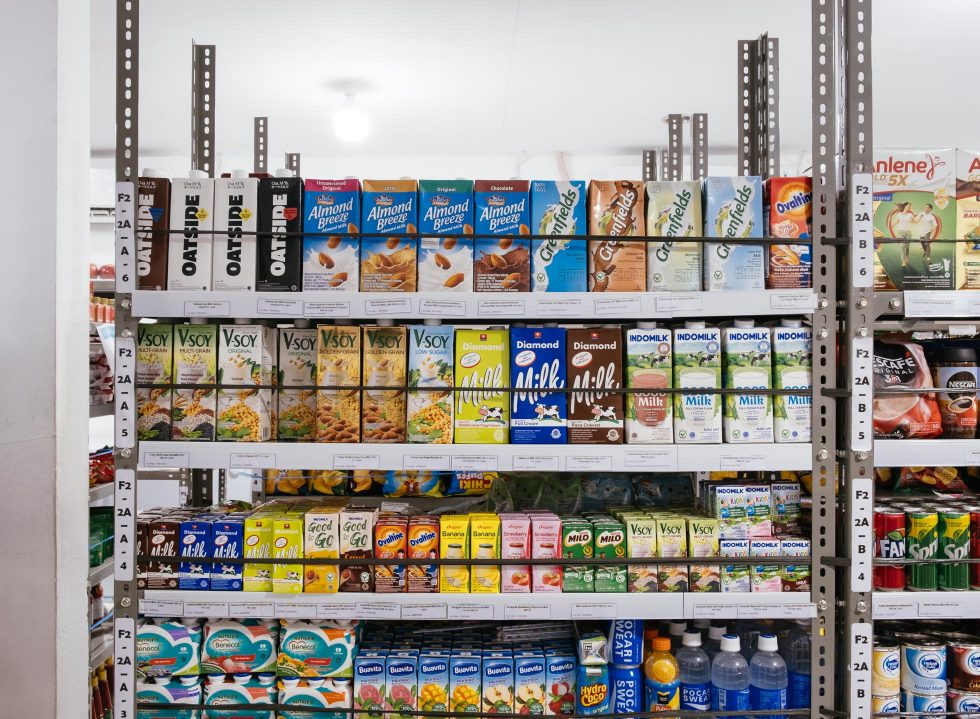 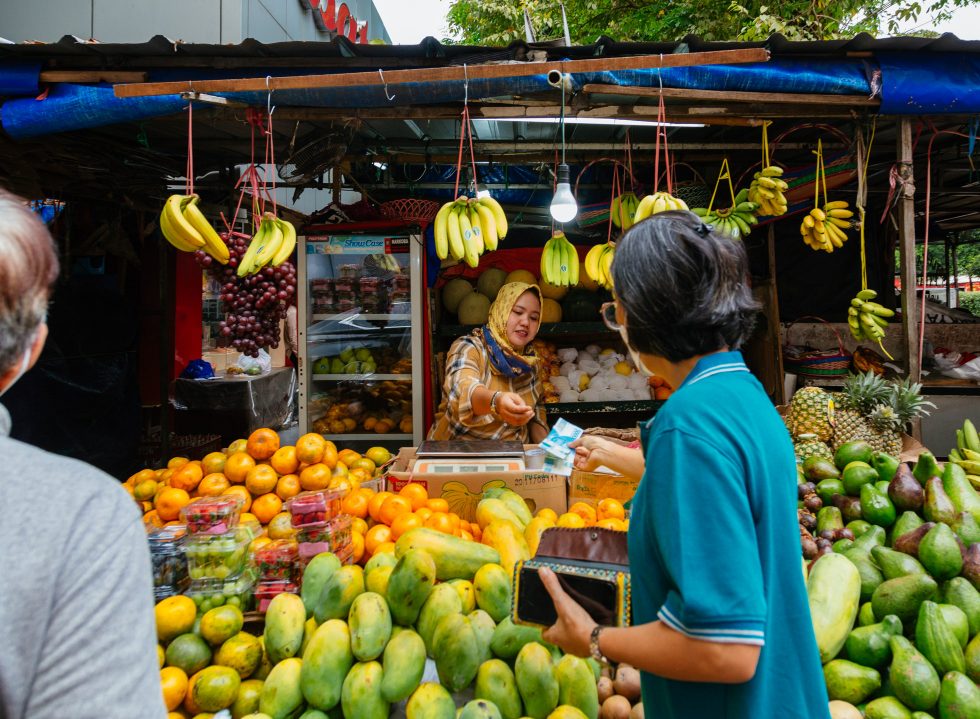 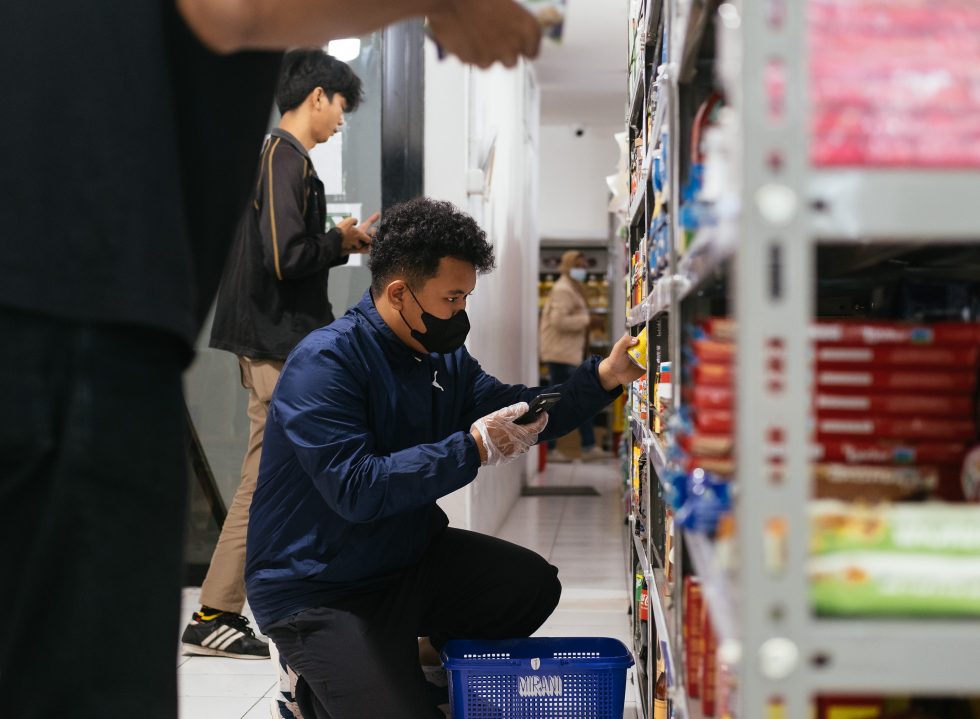 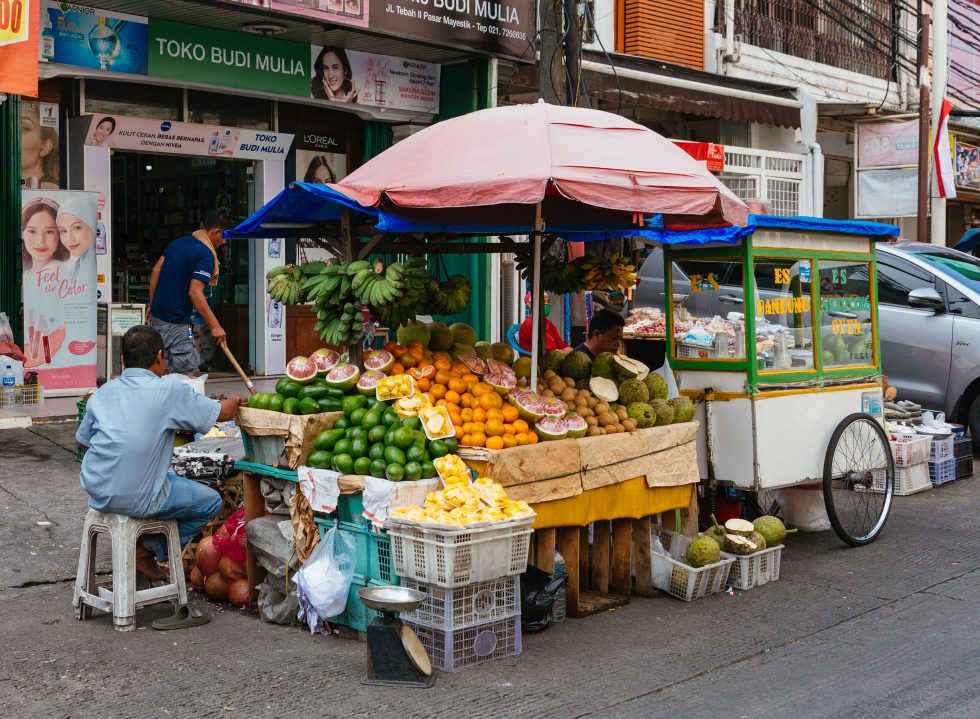 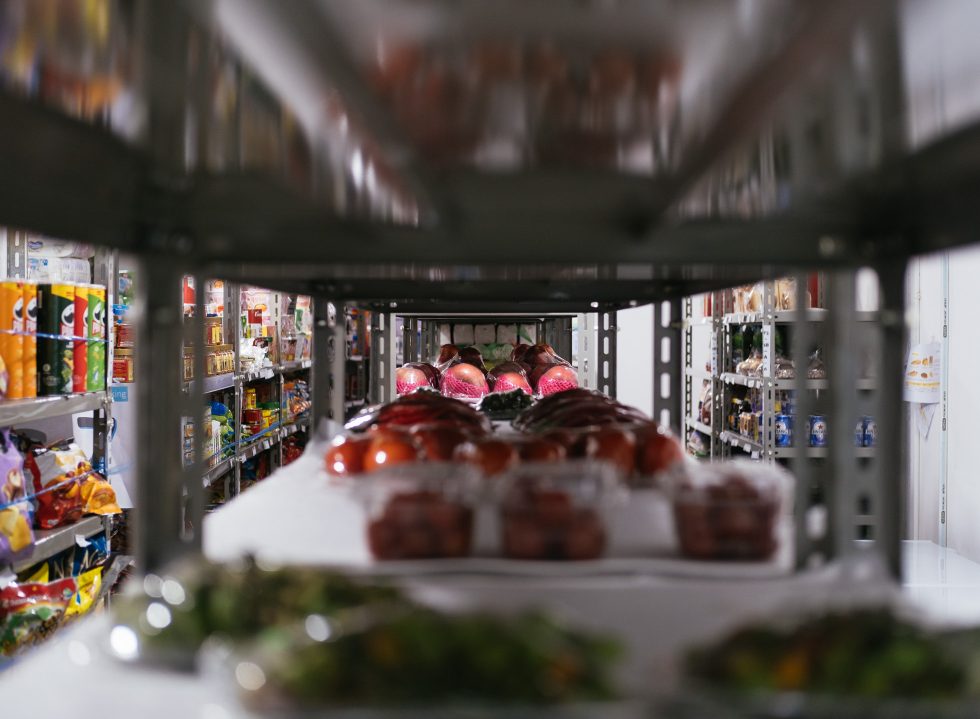 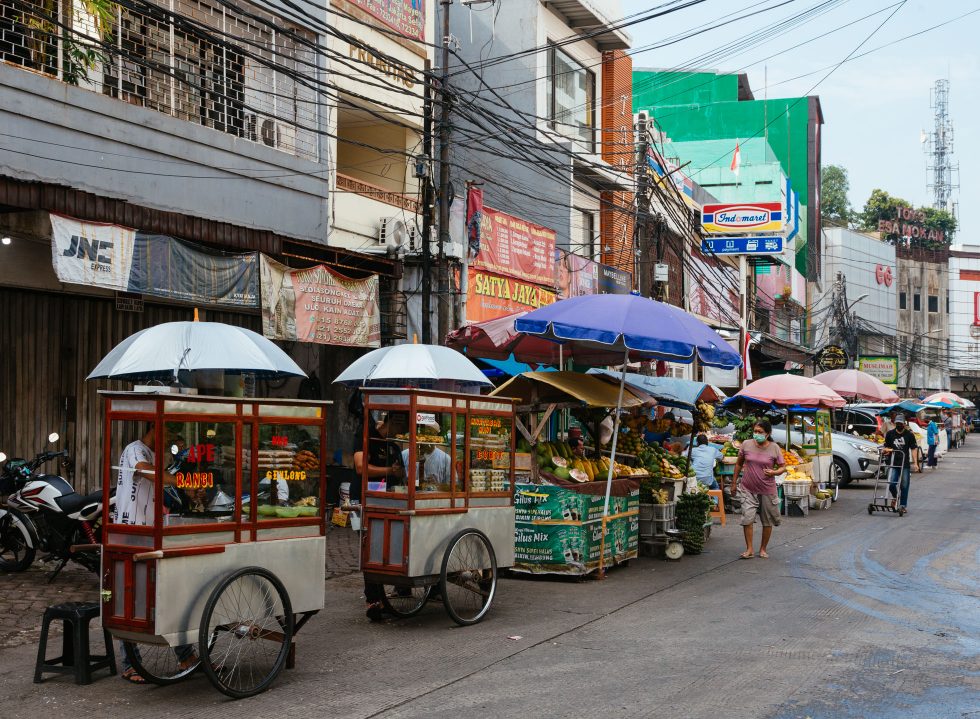 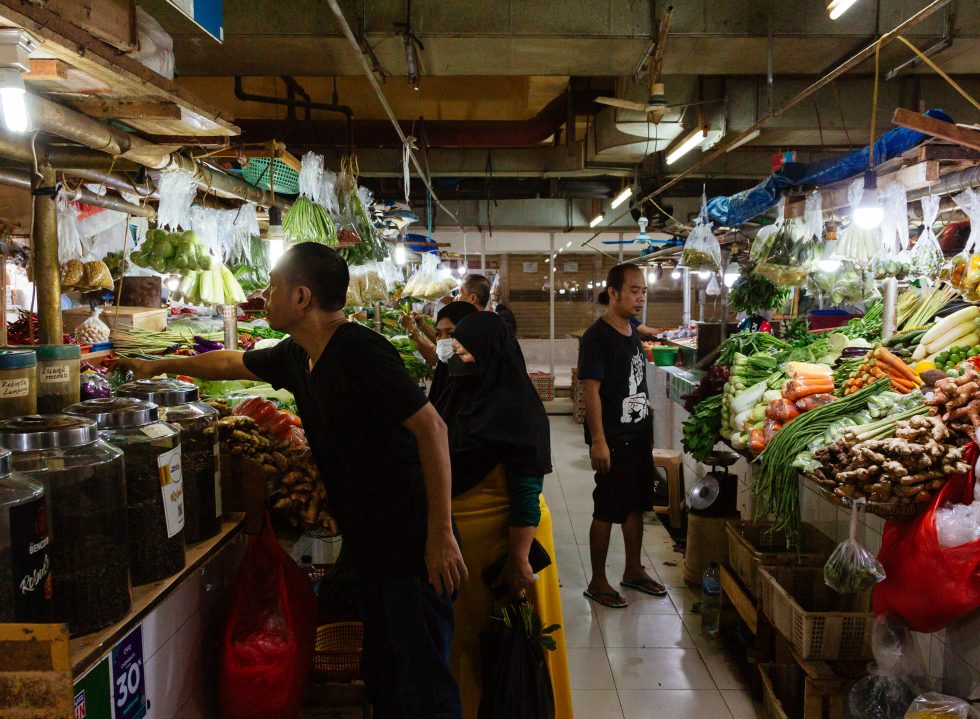 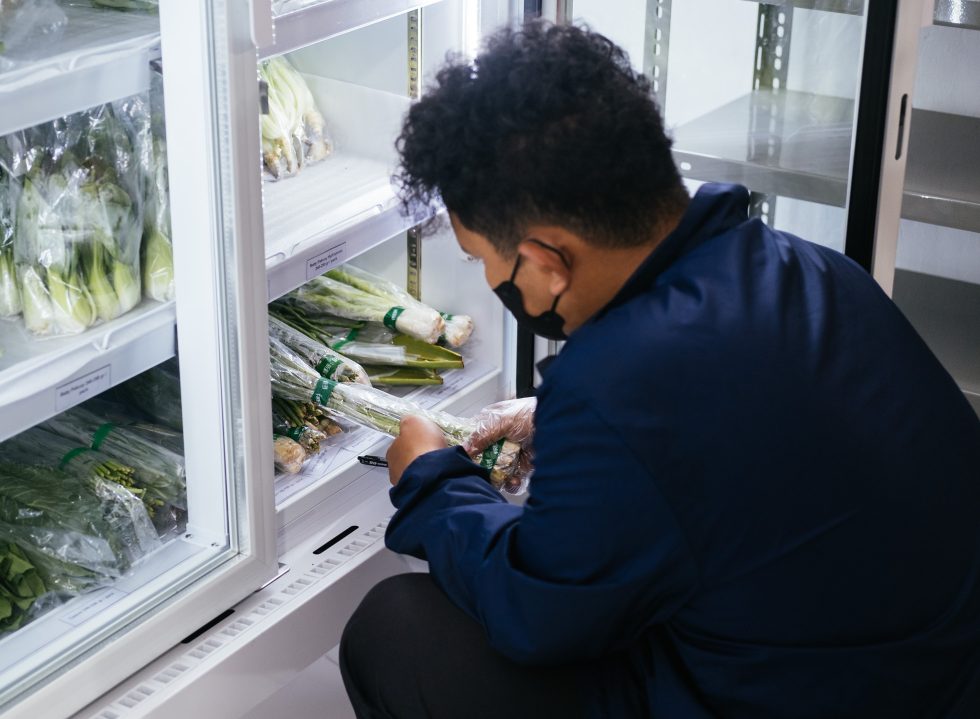 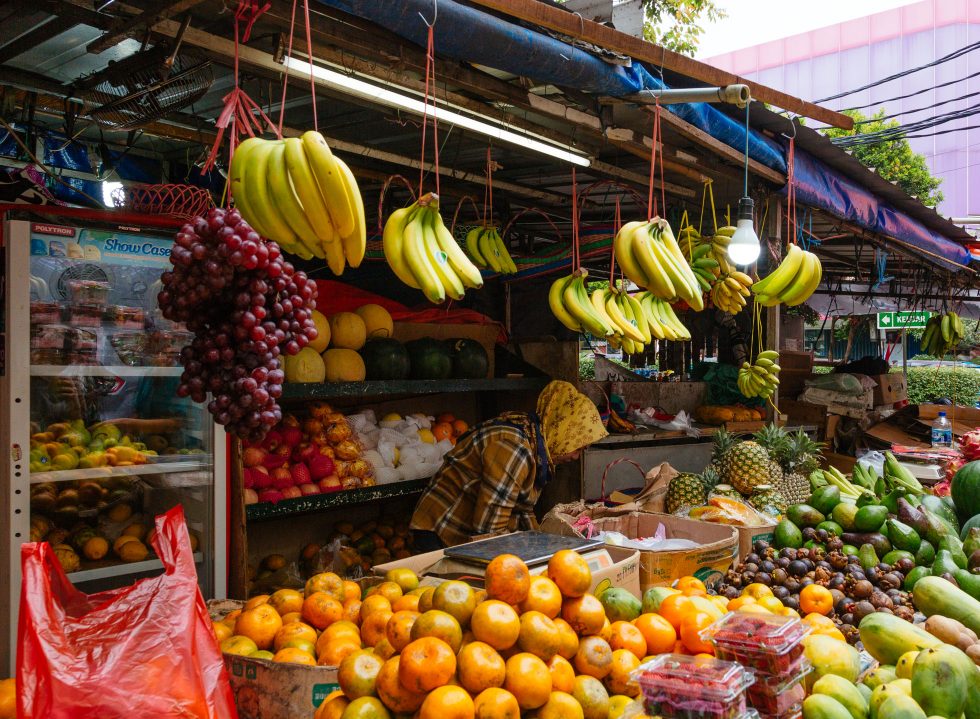 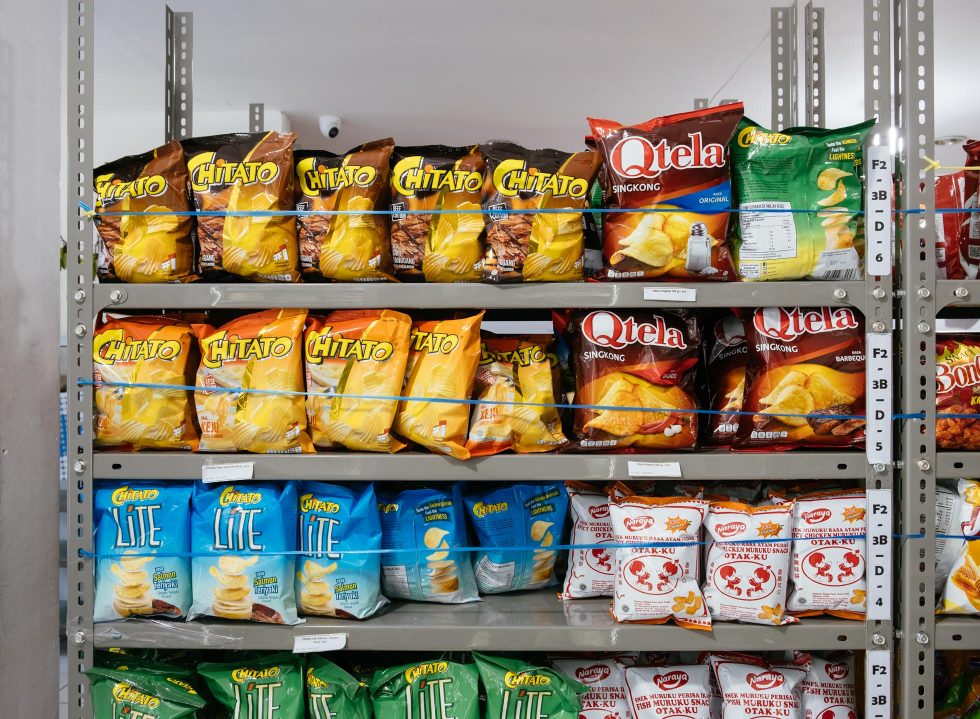 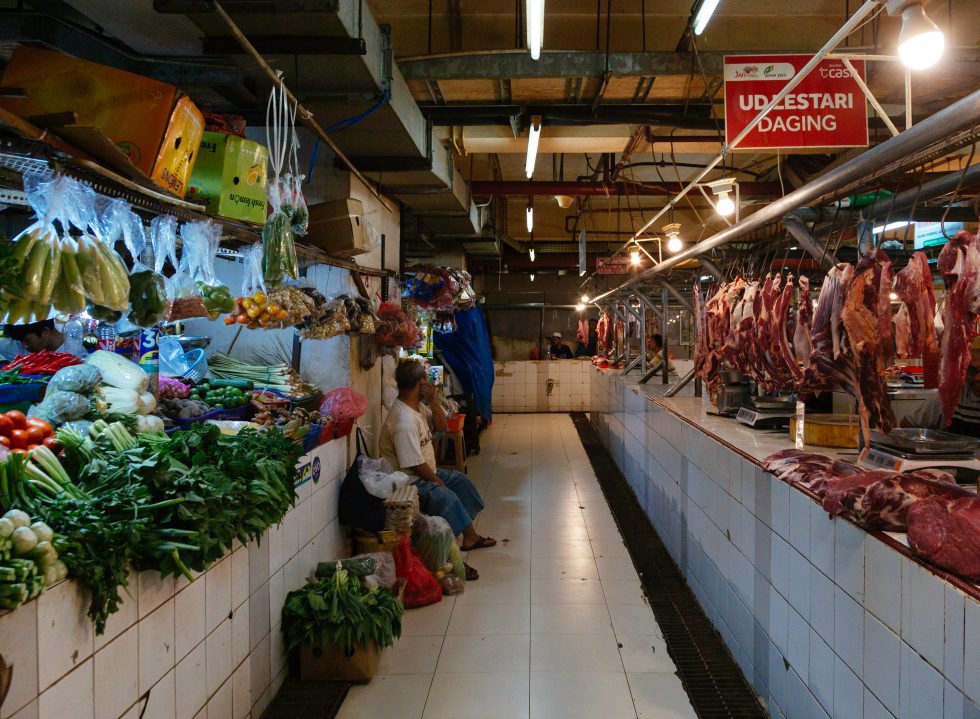 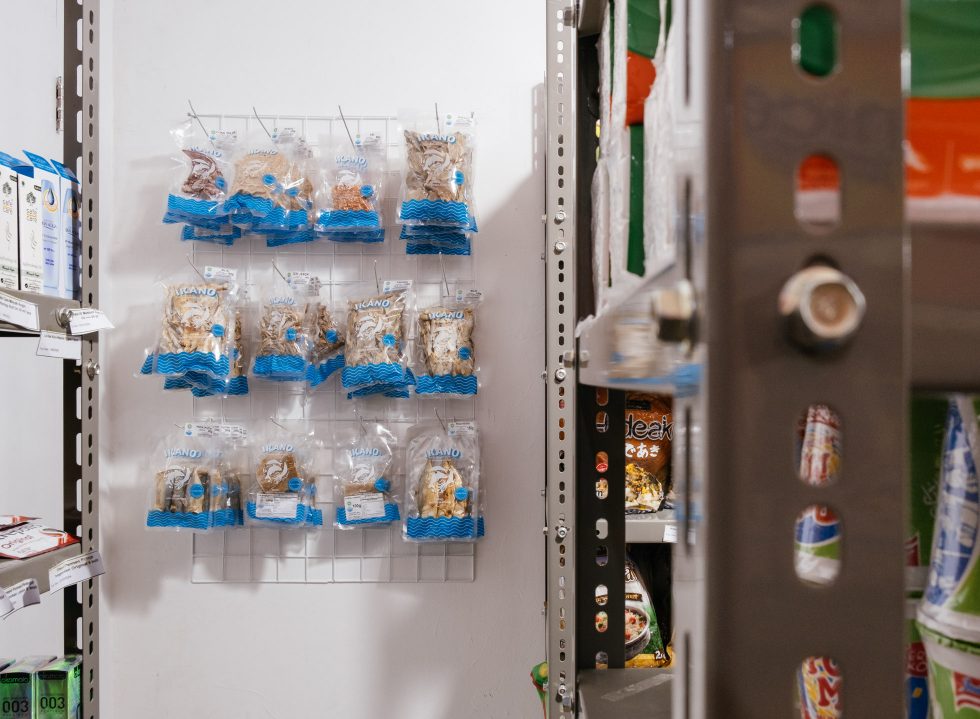 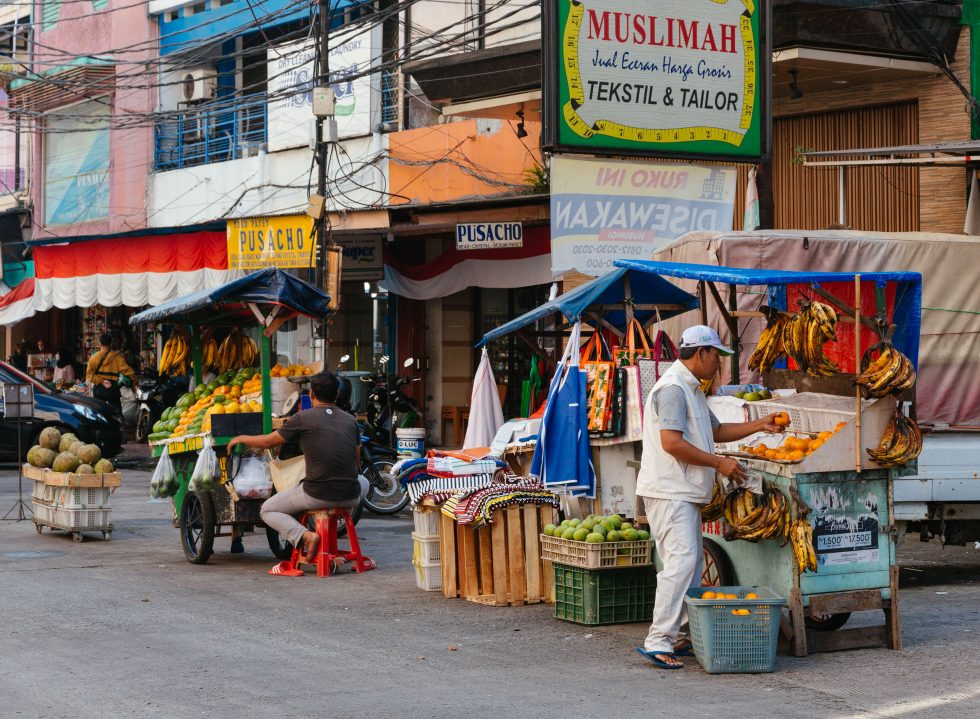 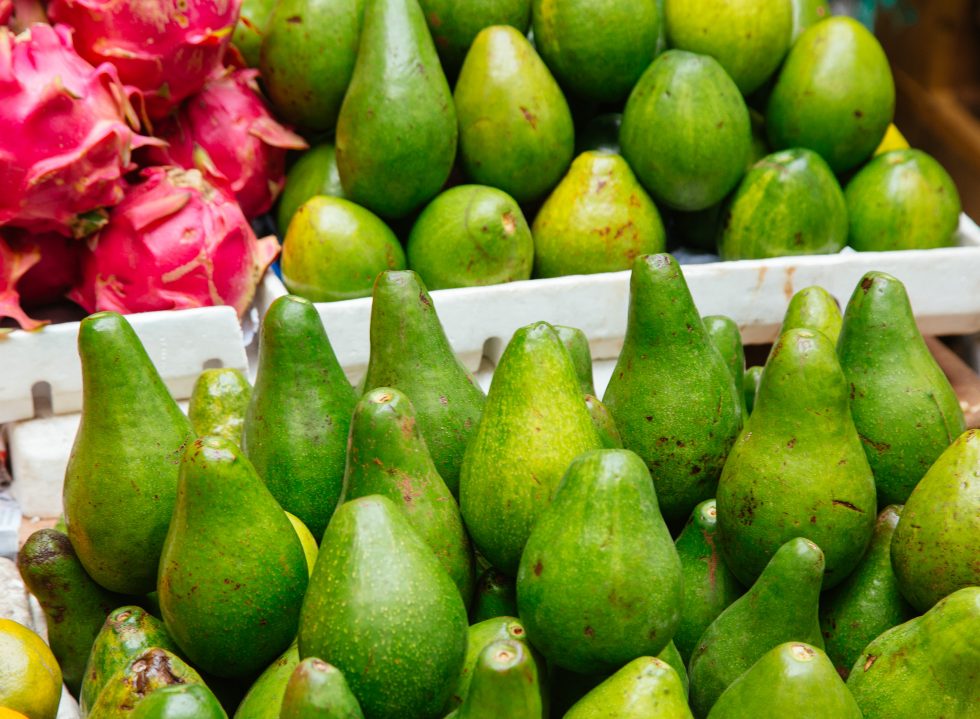 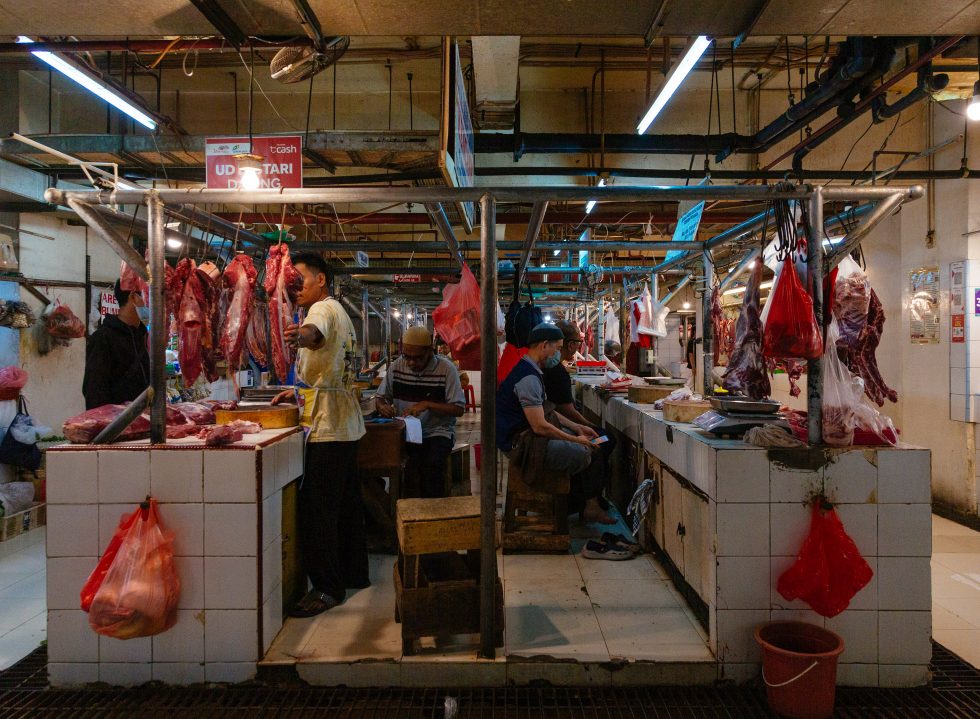 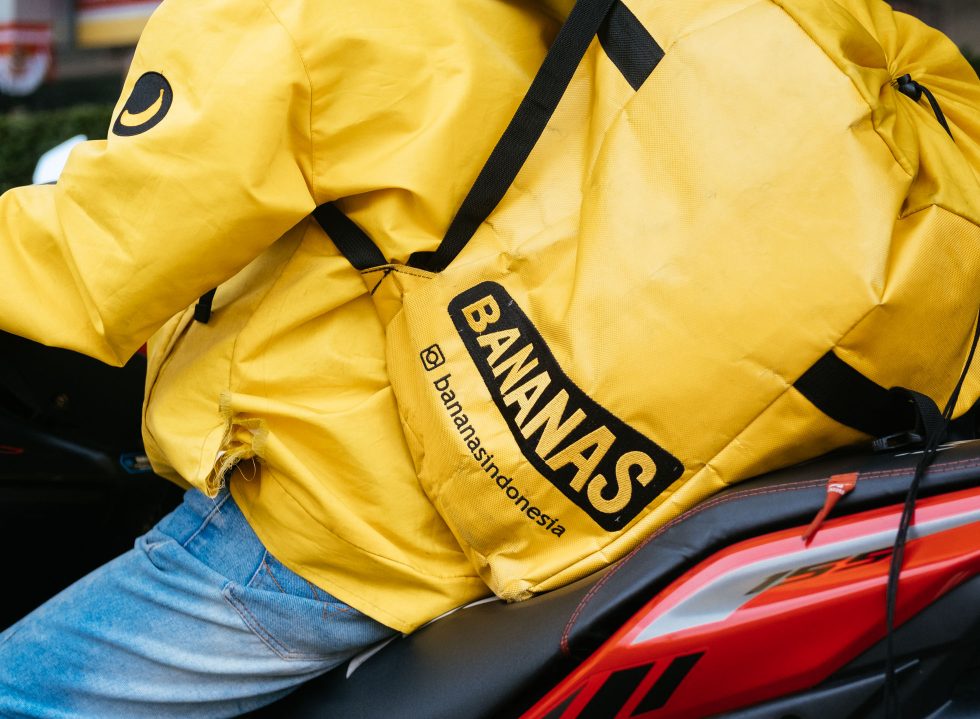 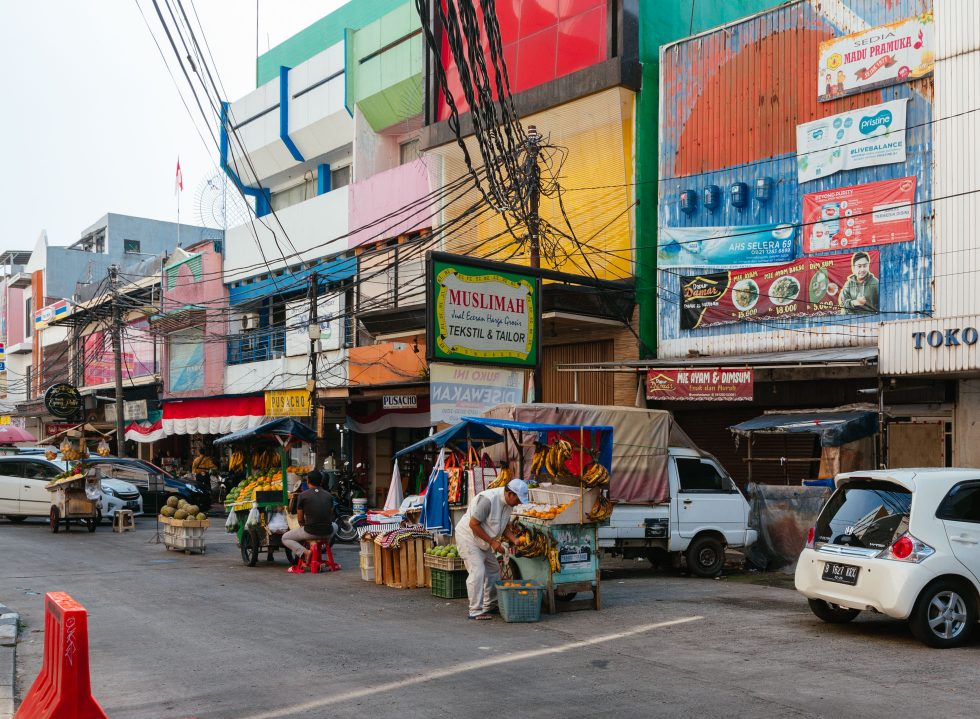 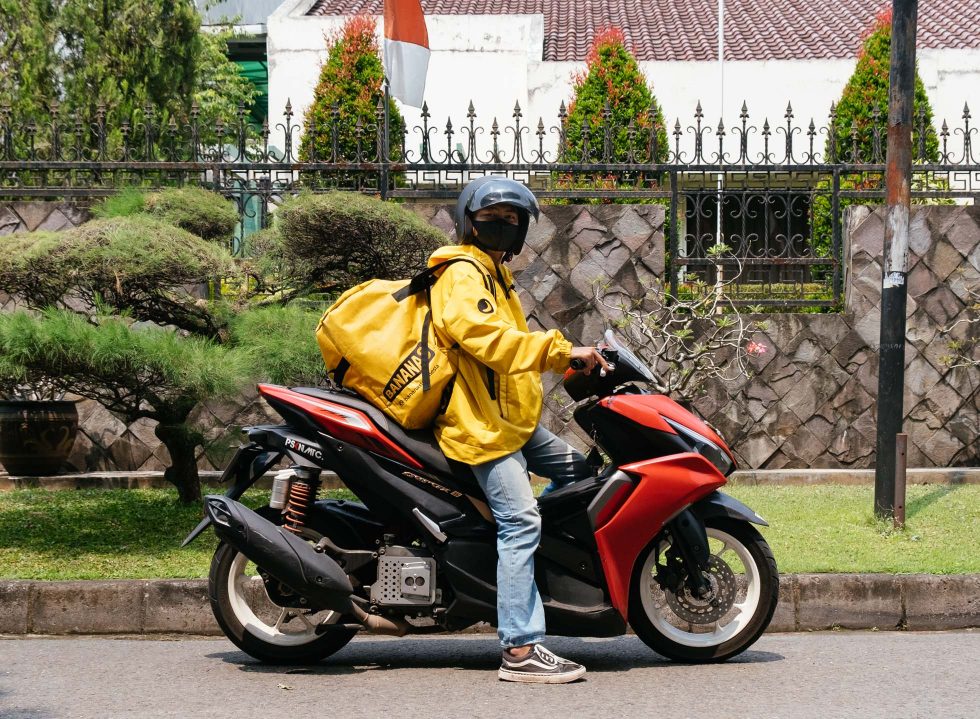 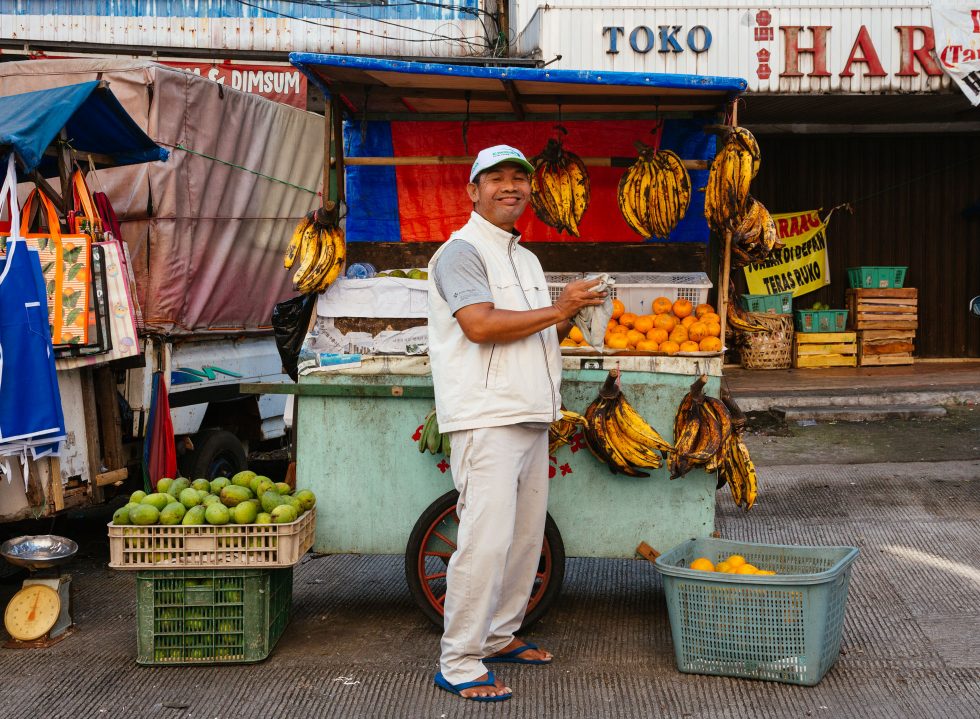 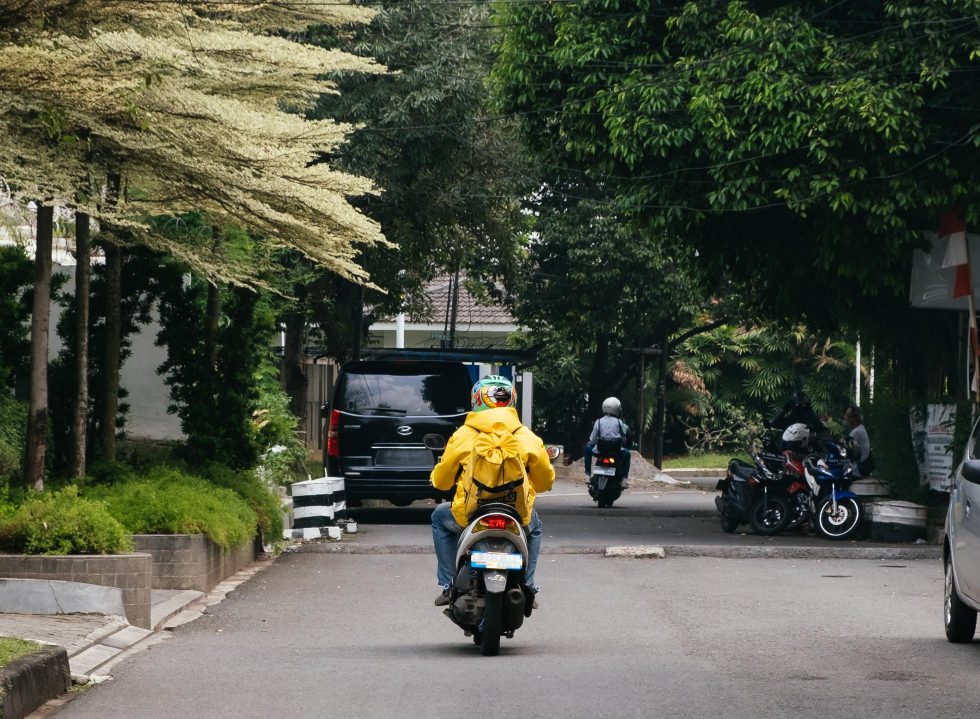 Share
Faced with pandemic limitations combined with a busy lifestyle, city dwellers are finding themselves growing reliant on quick commerce platforms like Bananas to do their grocery shopping, prompting a look into how the industry works, its growth and the impact it has on other, more traditional, methods of commerce.

When the pandemic hit, Kenny Masjhur—who often fills the role of the cook in her household—stopped visiting the market to buy ingredients. “The markets kind of became a hotspot for the virus. I had multiple people I needed to be careful for, especially during the early bouts of the pandemic,” shared the 24-year-old post-grad student and part-time marketing specialist.

She began getting her groceries delivered near instantly to her home using online app services, making Kenny one amongst many around the world who began embracing the quick commerce or q-commerce system due to the changing needs brought upon by the pandemic. Forbes even goes as far as calling the system “the golden child of e-commerce”, predicting that the industry will have nearly tripled its 2021 valuation ($25 billion) by 2025.

Berlin-based Delivery Hero is often mentioned as one of the system’s early pioneers. Started off as a food delivery service, the 11-year-old platform added a q-commerce segment as a way of levelling up the experience for its customers, partnering with up to 15,000 businesses within its operational area. The same strategy is applied by ride-hailing and e-commerce platforms that have taken root in Indonesia, and recently, newer startups built on the foundation of q-commerce have also begun to join the burgeoning industry.

Bananas is one of the latest to join, setting out with an ambitious goal to “replace supermarkets,” as shared by Founder and CEO Mario Gaw via a video call interview.

“Obviously, there are many out there who feel sceptical about the sustainability of the business. But I do think it’s a market for the future, even though it will take time to get there,” said Mario, revealing his optimistic outlook for the company and the industry at large. “We’re still in the early days of quick commerce, and as the country continues to develop and workers get busier, people would have less time to go to the store and buy groceries themselves.”

This is already true for city-dwelling customers like Kenny, who beyond safety issues, find the rapidity of q-commerce as a much-welcomed feature. To her, shopping “became something I could do in between work, instead of an errand I needed to plan my day around.”

But this strategic efficiency calls to mind the obvious question: in a city as congested as Jakarta, how is the delivery time so short?

Like other businesses built from the ground up as a q-commerce platform, Bananas achieves its rapid delivery times (targeted at 10 minutes per customer) by being a ‘vertically integrated specialist’. That means having highly-localised satellite warehouses called dark stores—not in reference to the lighting condition, but rather the fact that they are hidden in nondescript yet strategic locations across the metropole.

“Most suppliers we work with would have to ship their products to our main distribution centre in Central Jakarta, where the items are evaluated for quality control. These items are then sorted and allocated to be delivered to different dark stores to make sure they have the latest, greatest products,” shared Mario of Bananas’ distribution system.

Within these compact dark stores, from eight in the morning until midnight, pickers—as the company calls them—are divided into two shifts to stand by for orders while continuously updating the stocks. When orders do come, they would quickly go from one shelf to another to gather the items, which are then passed over to the riders for delivery.

While Bananas’ rapid delivery seeks to ‘wow’ its customers, it’s a system that is undergoing continuous improvements, and one that is shared among other q-commerce platforms. So speediness alone is not enough to stand out as competitors continue to hop into the bandwagon.

In Bananas’ case, the key is finding one’s focus. Mario said, “It’s already implemented with supermarkets today, where each targets a different segment. What we’re doing at Bananas is placing our focus on grocery items, particularly fresh ones like fruits and vegetables as well as proteins.”

These items, mostly sourced from local farmers and SMEs as their suppliers, are displayed on the app alongside a variety of snacks, household products and even goods from F&B establishments like Oma Elly.

“Besides being one of the first quick commerce platforms to promise a ten-minute delivery time, we believe that integrating into quick commerce through Bananas gave us the advantage of tapping into new markets and being able to deliver our products faster and further than we could,” shared Fiora May Lintang and Immanuel H. Sibarani, who manage the e-commerce team in Oma Elly.

As for choosing which of Oma Elly’s offerings can be placed on the platform, they say, “At the beginning of our partnership, we were informed that the products will be stored in a warehouse. So we decided to sell our frozen products, choosing the ones that require the least hassle to serve.” This includes staples like the tiramisu and the establishment’s frozen pizza range.

The accumulation of these products makes for a one-stop experience that by all intents and purposes—as revealed by Mario—seeks to replace ‘modern’ supermarkets with an even more modernised version of itself. But even supermarkets, for all their developments throughout the years, never truly replaced the more traditional wet markets. Instead, it offers an additional shopping avenue with its own unique experiences that can co-exist with its predecessor. The same prospect might also apply to q-commerce.

The other side of commerce

Abdul Aziz is one among the many merchants at Pasar Mayestik’s wet market section who felt the damaging impacts of the pandemic. “There were hardly any customers during those early days. The market was practically dead,” shared the butcher.

But the bad days didn’t last for long, and Abdul credited ride-hailing services and their q-commerce integration as part of the reason. “Instead of taking away our business, these services bring new life to the market, helping us connect with our regulars while they continue to stay at home.”

Today at Pasar Mayestik’s wet market and the fruit grocer stalls above ground, delivery riders intermingle with the growing crowd of shoppers. The latter too becomes a testament that, amidst all the modern improvements, a traditional market appeals in a way that can’t be replicated by more modern iterations—and it’s not all about one’s buying prowess.

Returning to Kenny’s case as an example, she once switched back to shopping at wet markets during her long stay in Bali. Her reason was, “Shopping at traditional markets forced me to socialise with locals, which informed me of events in the area and made me more aware of the different seasonal produce. It’s a much slower process, but it helps me to be more mindful in consuming the products I bought. And it felt good to have an excuse to just put down everything else and dedicate my time to finishing an errand.”

People will make time to shop offline to meet their needs. That means supermarkets, just like wet markets, will continue to serve a purpose so long as people still find these avenues essential to their grocery shopping experience.

Perhaps then, instead of competing and replacing one another, these alternatives might continue to complement each other going into the future. Supermarkets and traditional wet markets continue to appeal with their unique set of experiences, while also gaining q-commerce integration through third-party delivery services. Whereas dedicated q-commerce platforms serve convenience during time-pressed situations—made possible through its seamless dark store model.

After all, as Mario has also said himself, “The grocery market is so big—it’s bigger than any one player can serve.”