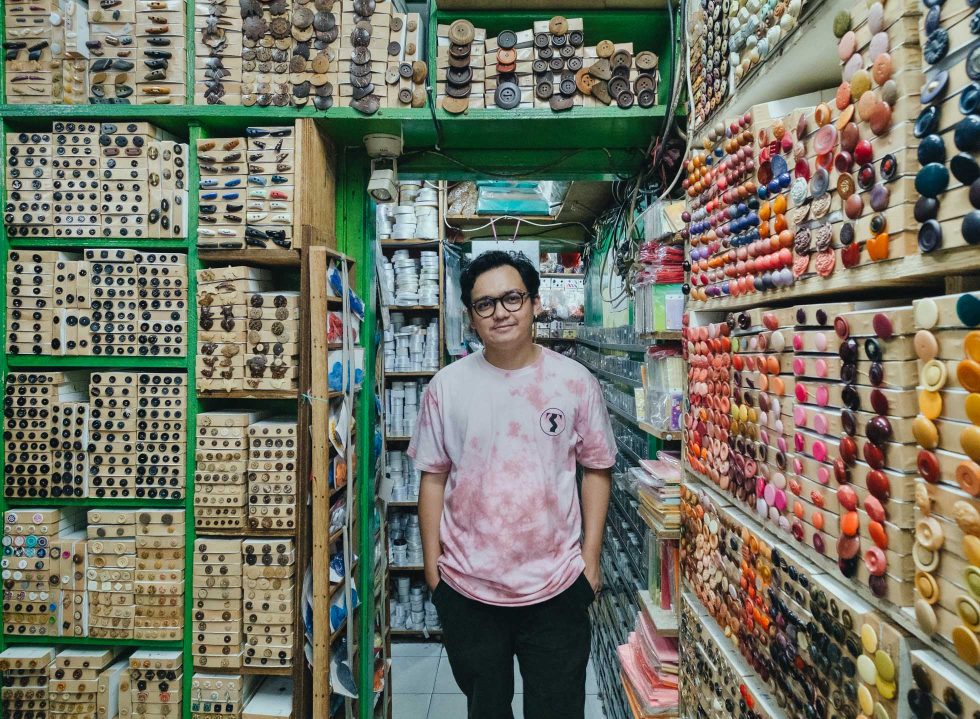 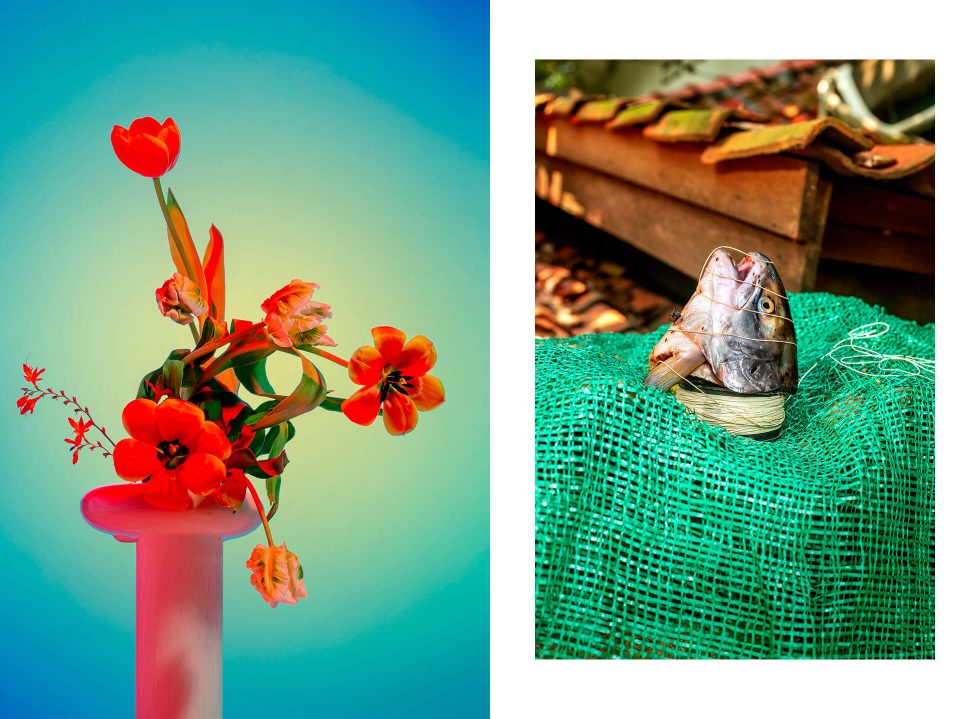 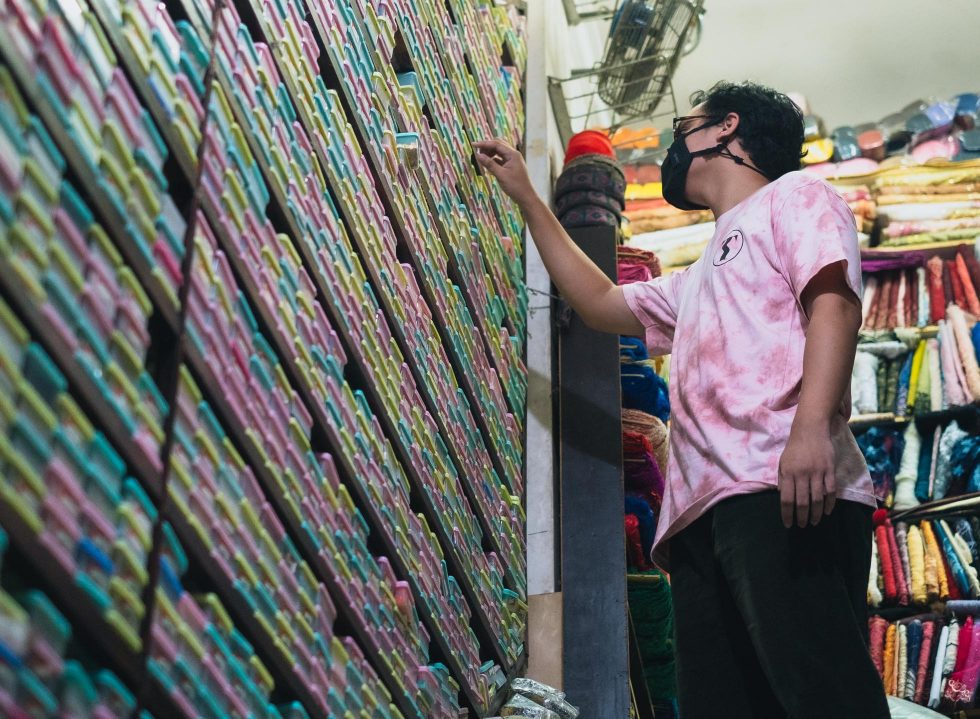 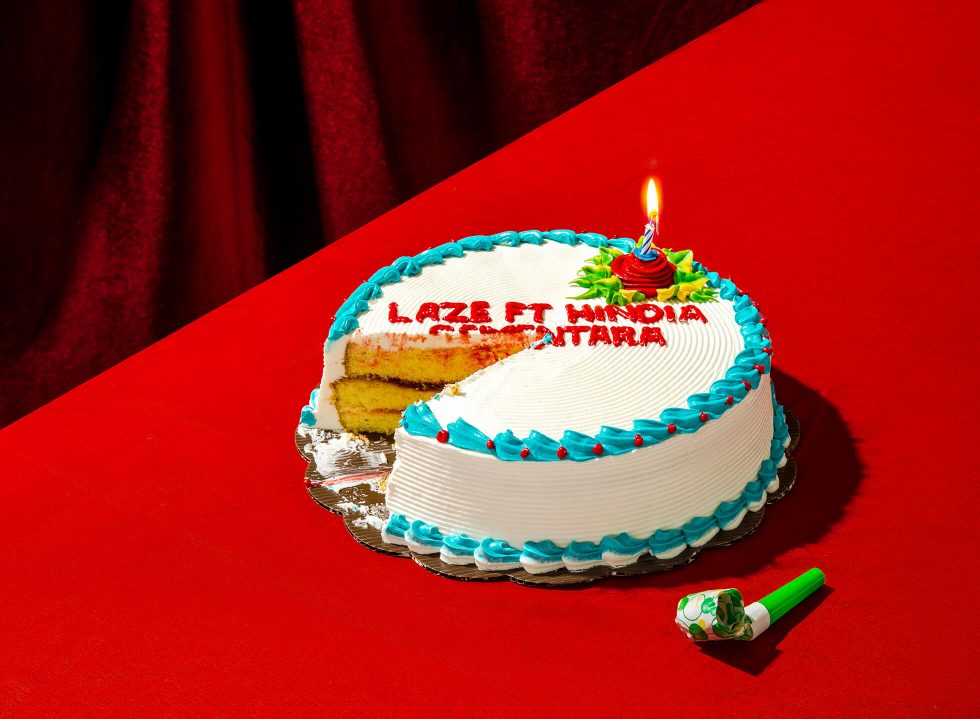 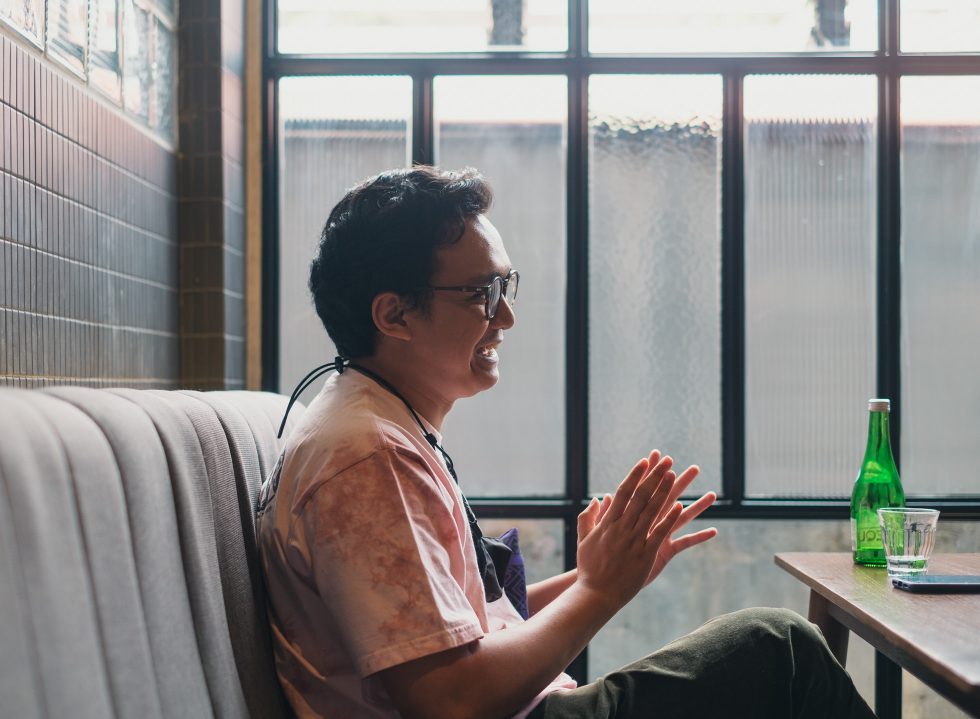 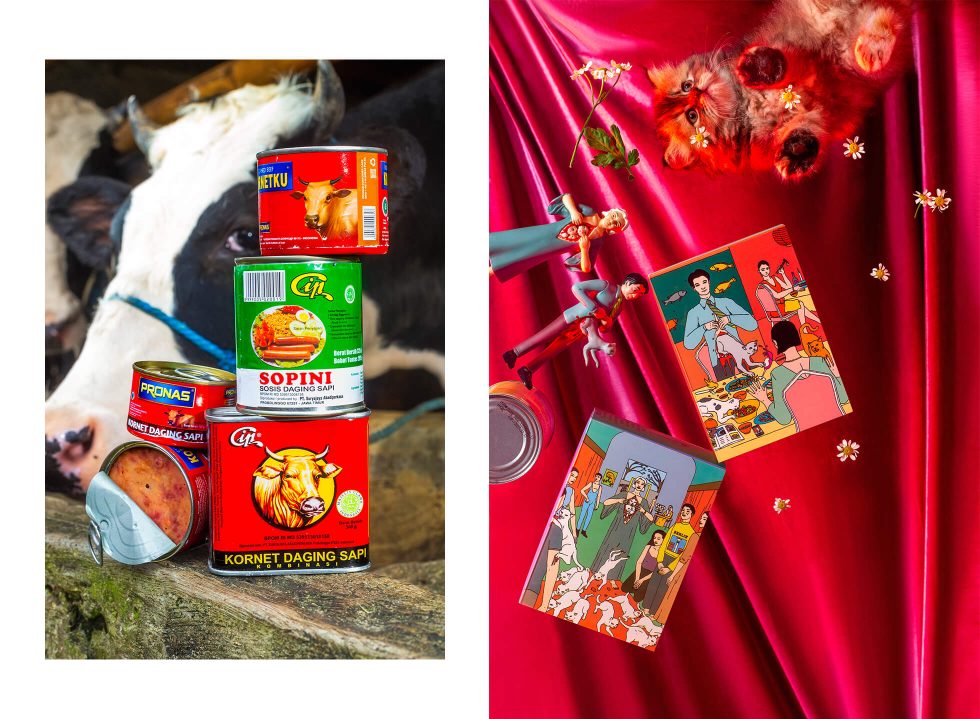 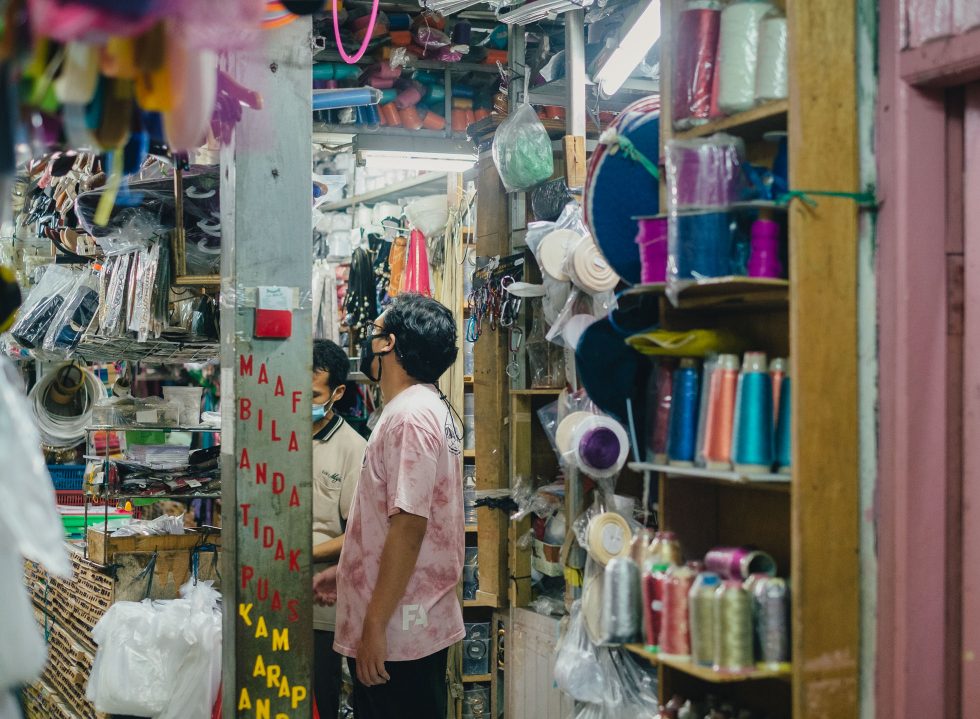 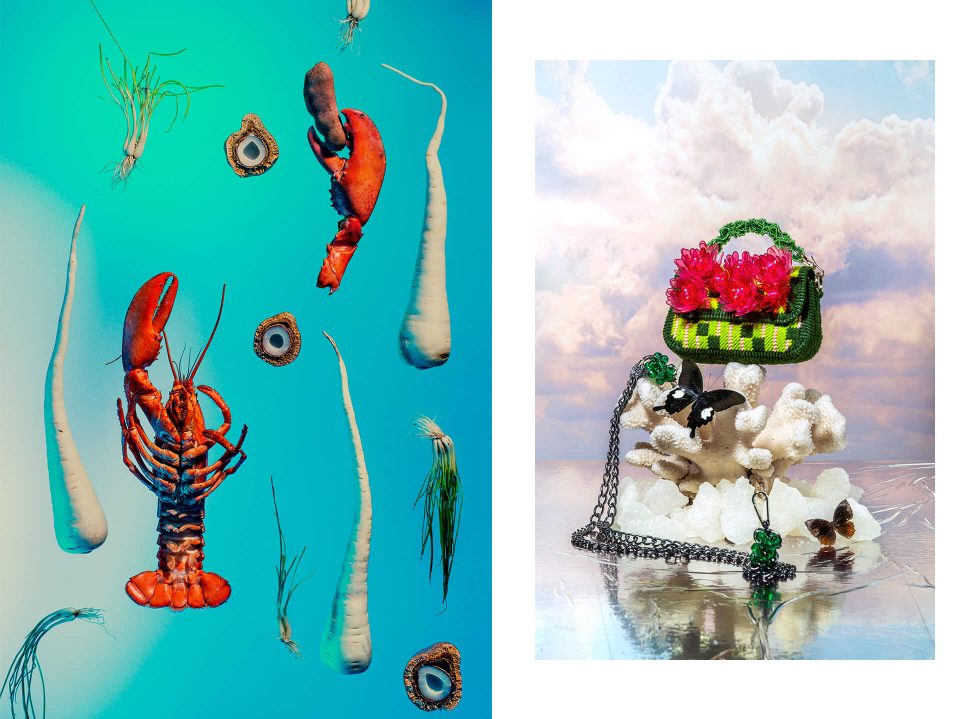 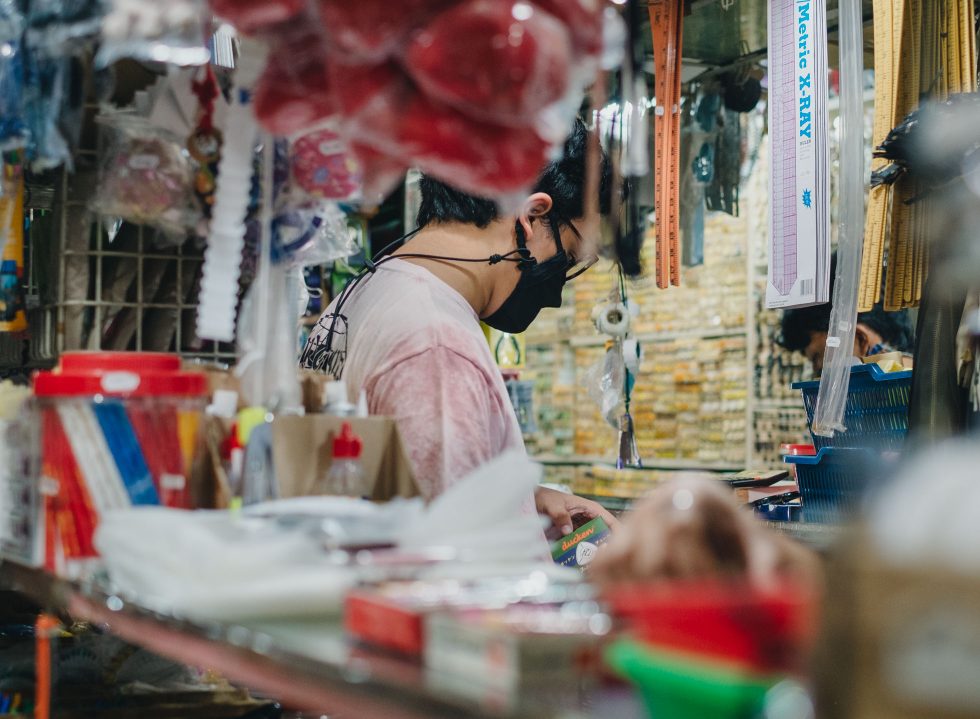 by Julius Kensan
Share
Photographer Prayogo Yoedo Prawiro talks about his journey in finding still life photography, his love for consumer goods and his obsessions with the animated sitcom Rick and Morty.

Still life photography may seem like a walk in the park. How hard can it be when the subject is inanimate and bends to the will of the photographer, right? Then try taking up your smartphone and capture an interesting image of any possession in your bag and you’ll find yourself facing an impossible task. Technical aspects of still life photography aside, breathing life into the subject is simply not an easy feat. But the latter is something that photographer Prayogo Yoedo Prawiro does very well.

The name may not ring a bell to many when it comes to photography, but Prayogo has produced some of the most arresting and riveting works for the past couple of years. A quick scroll at his Instagram profile will easily reveal just how productive and, not to mention, how swift he has been in carving a niche spot for himself in the industry.

At first glance, Prayogo’s images draw you in with banal objects (fruits, shredded paper, canned food) in intense and saturated colours. Once you’ve passed that, the imaginative composition sucks you in before realising that what you’re looking at is essentially a fantasy. Because no objects look that bright and vivid in real life and certainly the gravity-defying composition is achieved through careful doctoring behind the scenes. Prayogo blurs the line by utilising established editorial and commercial tropes. Are you looking at still life photography, a commercial or simply an image devoid of any meaning?

“When it comes to object, I’m in full control although you need to be very patient.”

We are meeting on Wednesday morning at a coffee shop in the south near Pasar Mayestik, where Prayogo usually sources his props. Instead of coffee, he orders a bottle of still water and settles into his seat.

Prayogo’s progression in the world of still life photography was a result of a series of fortuitous events. From taking up photography in 2017 because of the buzz of social media (“I was just riding that trend”), taking up a class at the popular Kelas Pagi (“But I didn’t complete it”), to developing his viewpoint as a photographer at artist and educator Atreyu Moniaga’s photography incubator programme.

“It was there that my views on photography drastically shifted because I began to look at it as a medium to understand and rediscover myself,” he recalls. Instead of trying to figure out what genre of photography he might excel in, Atreyu encouraged him to focus on finding his point of view as a photographer. “After going through the process, that’s where I realised that I’m not interested in the human subject. I’m more drawn to shooting objects,” says Prayogo.

Why is that so? “I’m a communicative person. But when I’m in a room full of people and then under the pressure of like… the model starting to look bored, I get very anxious,” he explains. “When we’re photographing a human subject, we’re responsible for finding the best angle of that person. I often get anxious, plus the timeline is tight. Whereas when it comes to objects, I’m in full control although you need to be very patient.”

“The function of the object changes as it reveals the identity of the consumer, us as a society, and social landscape as a whole.”

After a few stints of photographing product catalogues, Prayogo decided to dive into still life photography, especially its history as well as vanitas paintings, a genre of still life painting that flourished in the 17th century. Vanitas, which means emptiness or worthlessness in Latin, often depicts a sumptuous arrangement of material possessions that usually feature a skull, rotten fruit and hourglass to symbolise death, decay and time respectively—a reminder of the futility of pleasure and certainty of death.

In the same manner, in Prayogo’s aesthetically eye-catching images, you find the recurring theme of death, decay and time as well. To wit, in “The Funny Thing About Death”, the head of a dead fish, propped on top of rotting fruits, faces up with its mouth agape as if in a state of disbelief over its demise.

But apart from the distinguishable reference to vanitas, it’s Prayogo’s propensity of blending banal consumer goods and dark humour that ultimately gives his work such appealing depth. In one of his “Ziarah” series, it features stacked cans of beef spam while a cow stares forlornly at the viewer from the background, resigned to its imminent fate.

“I’m absolutely into photographing banal objects, consumer goods that we consume daily but never really acknowledge its presence. For me, because of the subject, still life has become a documentation medium of a person’s footprint. Here, the function of the object changes as it reveals the identity of the consumer, us as a society, and social landscape as a whole,” says Prayogo who had experience interning for Nestlé Indonesia back in 2016.

Besides, Prayogo’s focus on consumer goods also relates to his time as an undergraduate. “Looking back at what I’ve learned while studying advertising, we were indoctrinated to sell something, to control the minds subconsciously. That’s the appeal of photographing consumer goods for me.” says Prayogo.

“I love watching something that takes a piss at everybody but does it absurdly and comically.”

Prayogo also credits his parents, especially his father, for giving him the freedom to question the conventions since he was young. “My parents are very liberal. Dad would forbid me from reading comics like Naruto or Conan. Instead, he would encourage me to read more educative things,” he muses. Prayogo’s dad would get him entertaining and informative reads like Larry Gonick’s The Cartoon History of the Universe and the popular ‘Seri Tokoh Dunia’ from Gramedia. “He even allowed me to watch Kill Bill,” Prayogo says with a laugh.

After the interview, Prayogo offers to show me the shop where he regularly sources his props at Pasar Mayestik. It is lunchtime and crowds are beginning to gather at the market compound despite the sweltering heat. A parking attendant recognises him immediately and Prayogo stopped for a brief chat before bidding him good day. I ask how 2020 was like for him. “Nothing much. Just did some house cleaning and shot some personal projects at home. I’m quite lazy actually,” he says frankly.

While he’s showing me around, my mind keeps returning to what he said earlier on how he plunged into still life after realising his anxiety in communicating and directing models. I wonder if he’s ever brood on how his life would turn out if he were to focus on being a comedian. Perhaps, he just needed to find a genre of comedy that he could excel in. Either that or jump into the advertising industry full time.

But knowing that Prayogo is an avid fan of Rick and Morty, such thought probably doesn’t concern him, and he may have it all figured out. In one of the episodes, “Rixty Minutes”, Morty’s family fell apart after having a glimpse on how their own lives played out in different realities on TV. What followed, Morty’s sister, Summer, attempted to run away from home after finding out she wasn’t a “planned” addition to the family. It all culminates to the moment where Morty delivers the iconic line: “Nobody exists on purpose, nobody belongs anywhere, everybody’s gonna die. Come watch TV?”

Undeniably, that is perhaps Prayogo’s guiding principle that permeates his work and life. When death is certain and life is transient, might as well sit back and enjoy the ride. Better yet, have a laugh while at it.