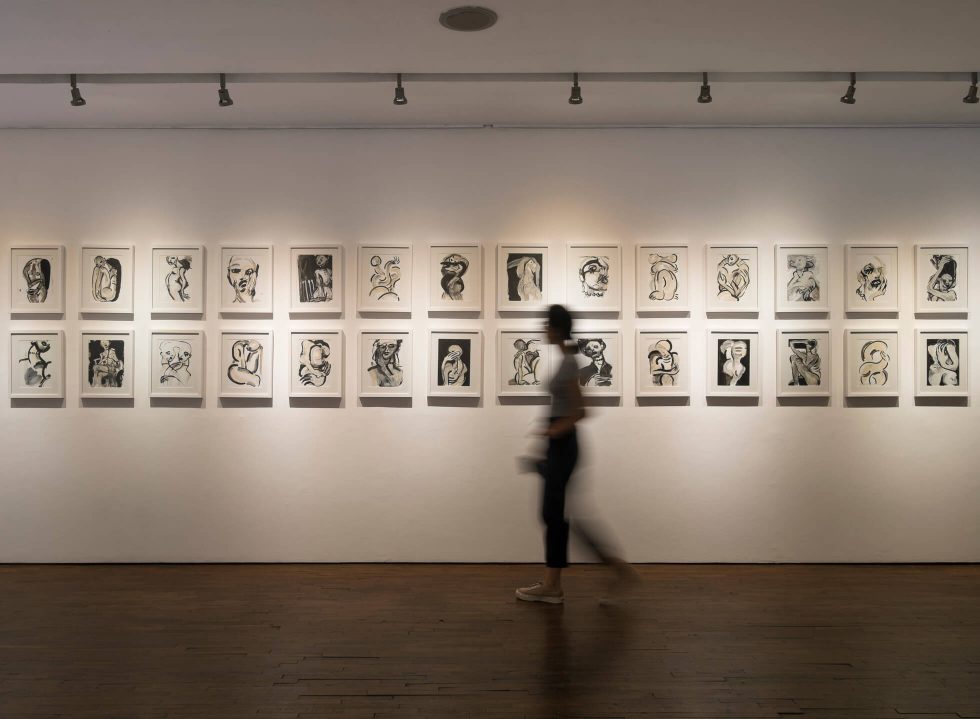 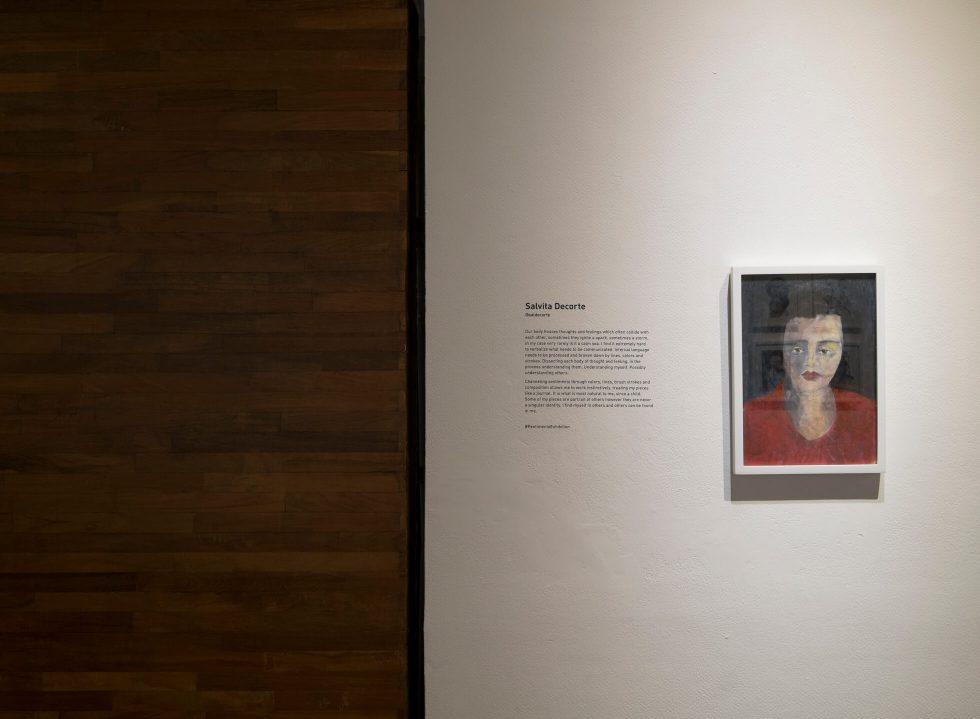 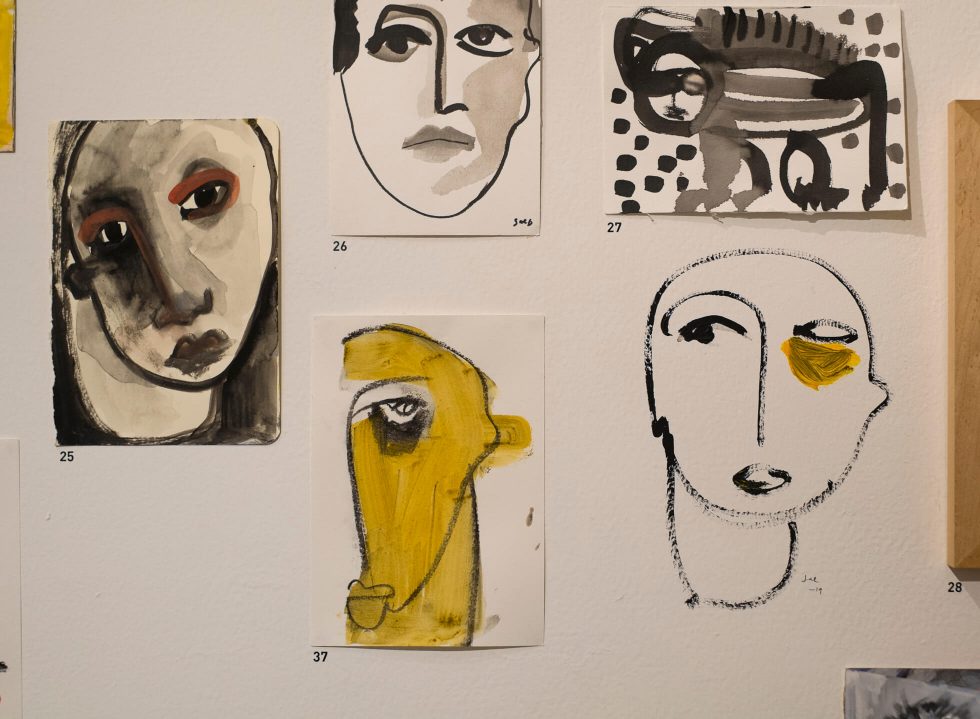 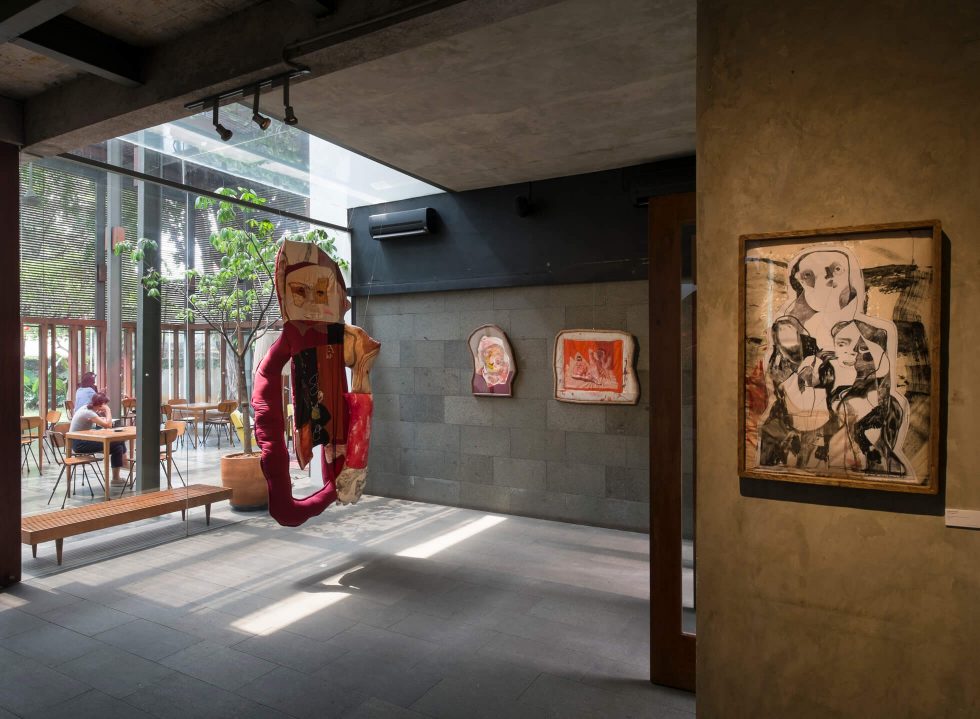 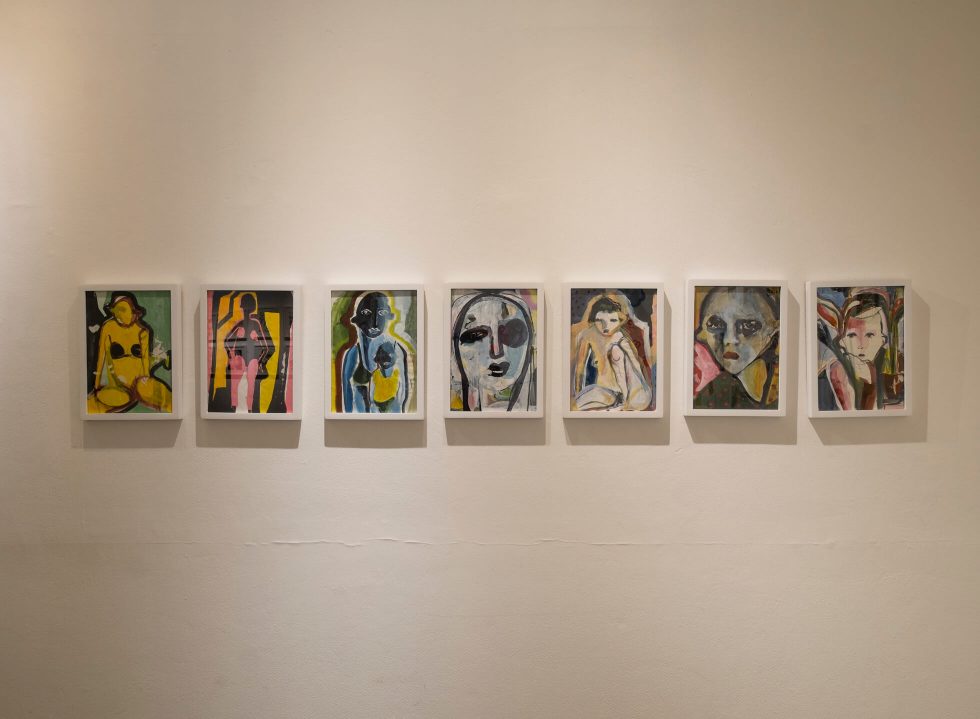 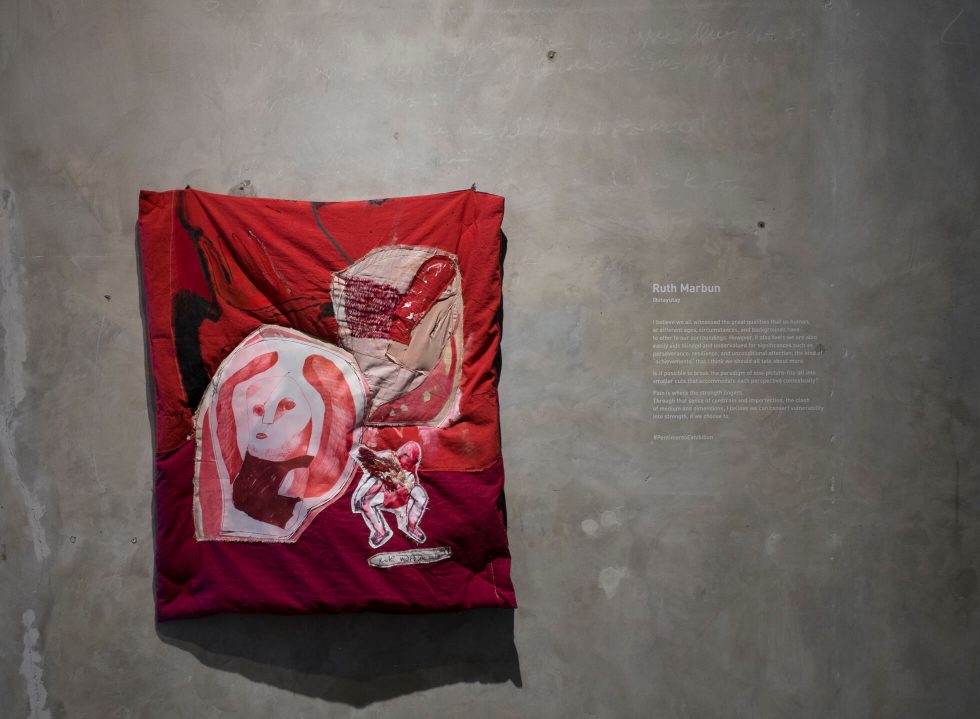 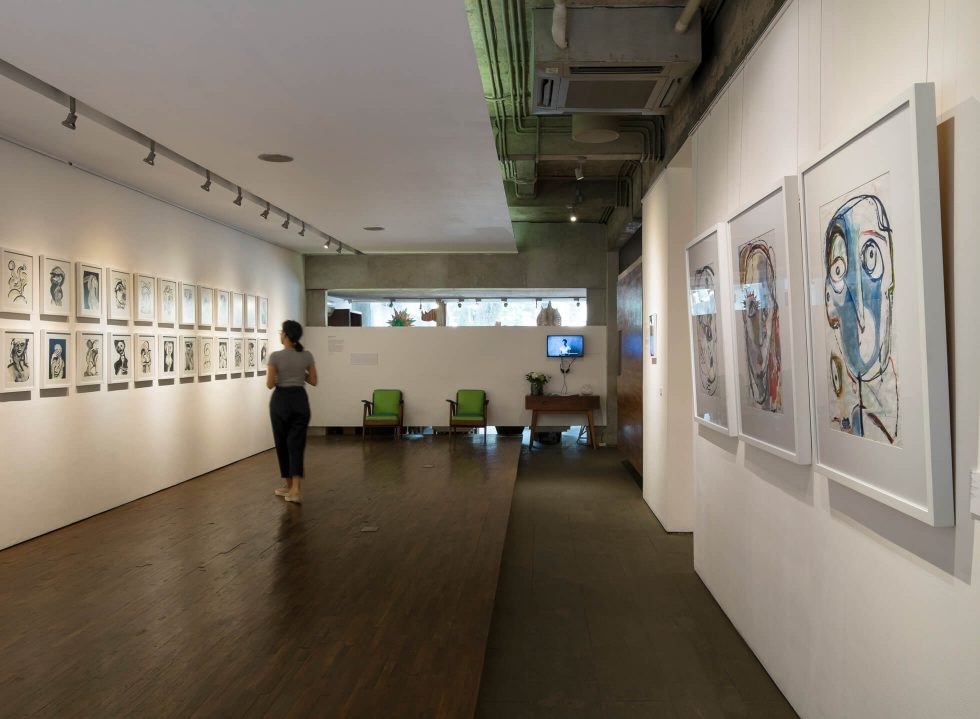 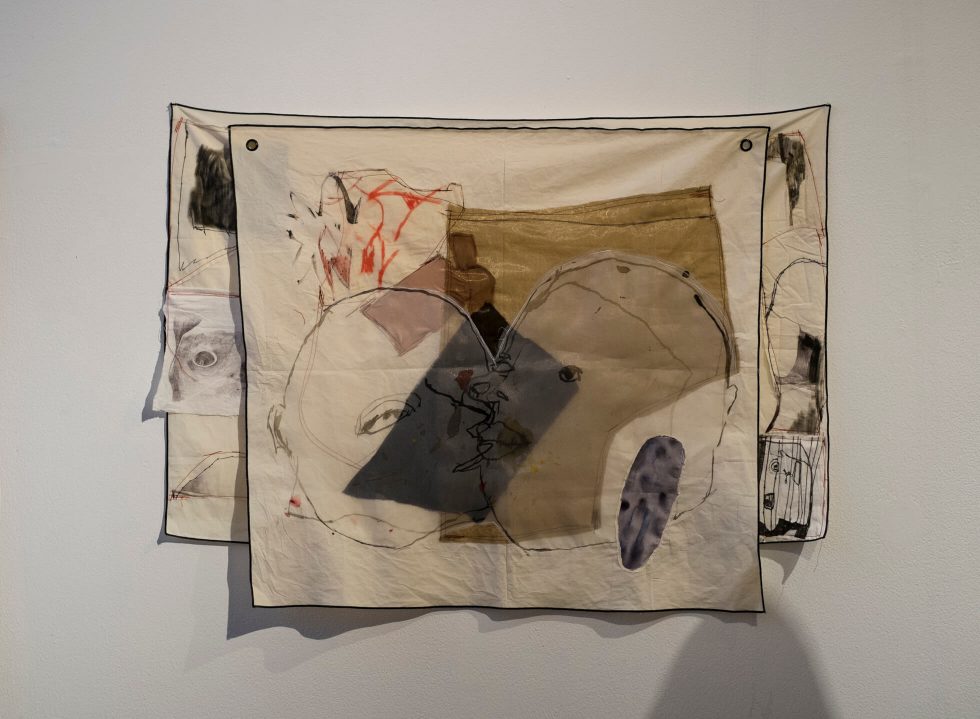 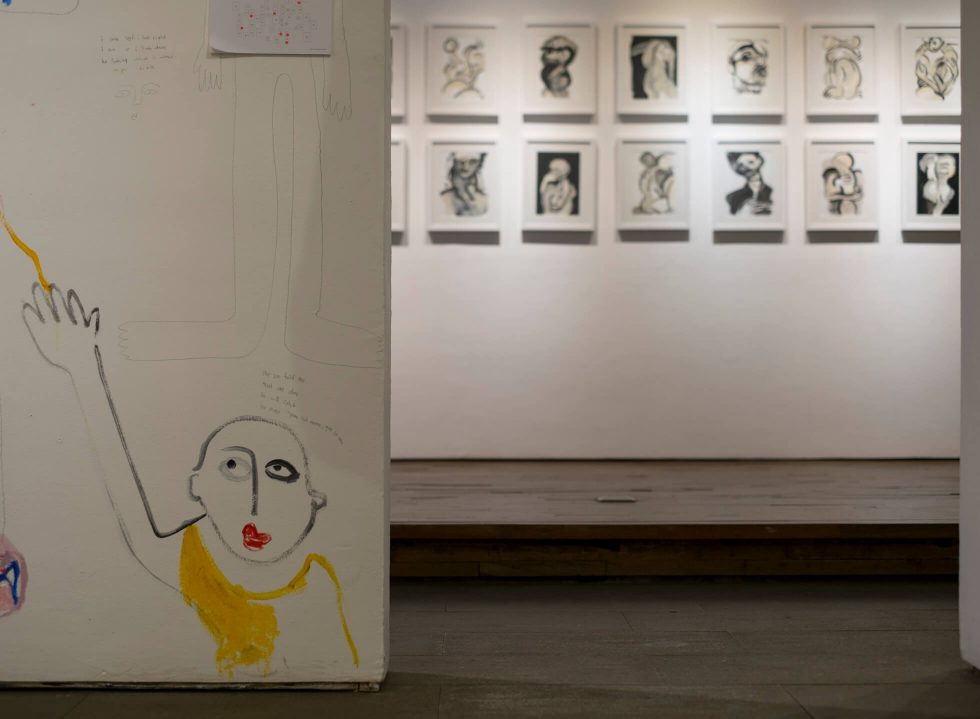 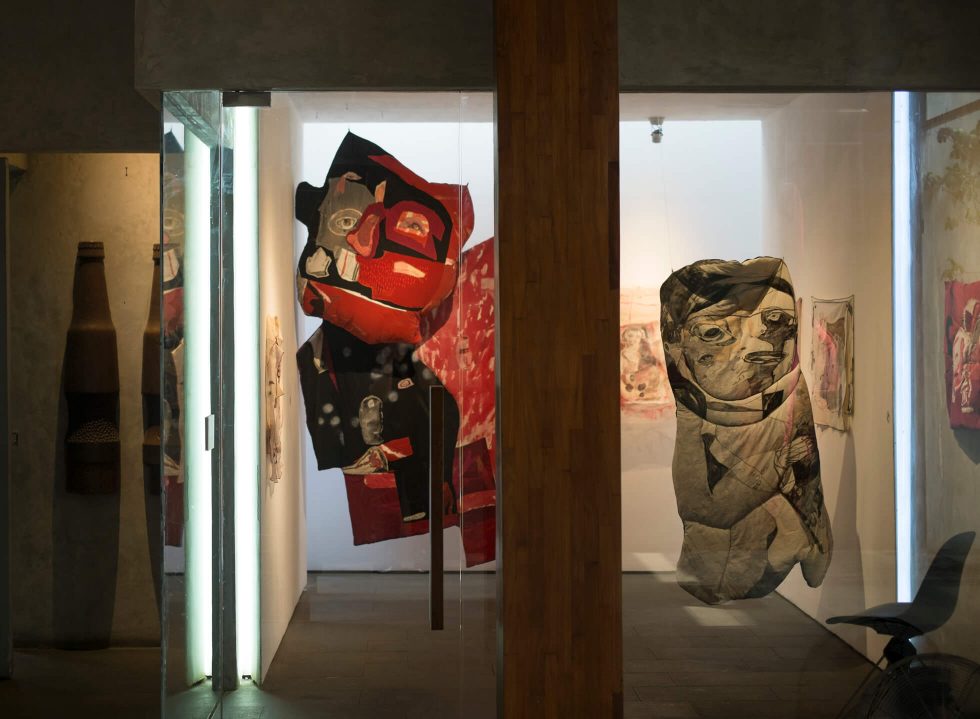 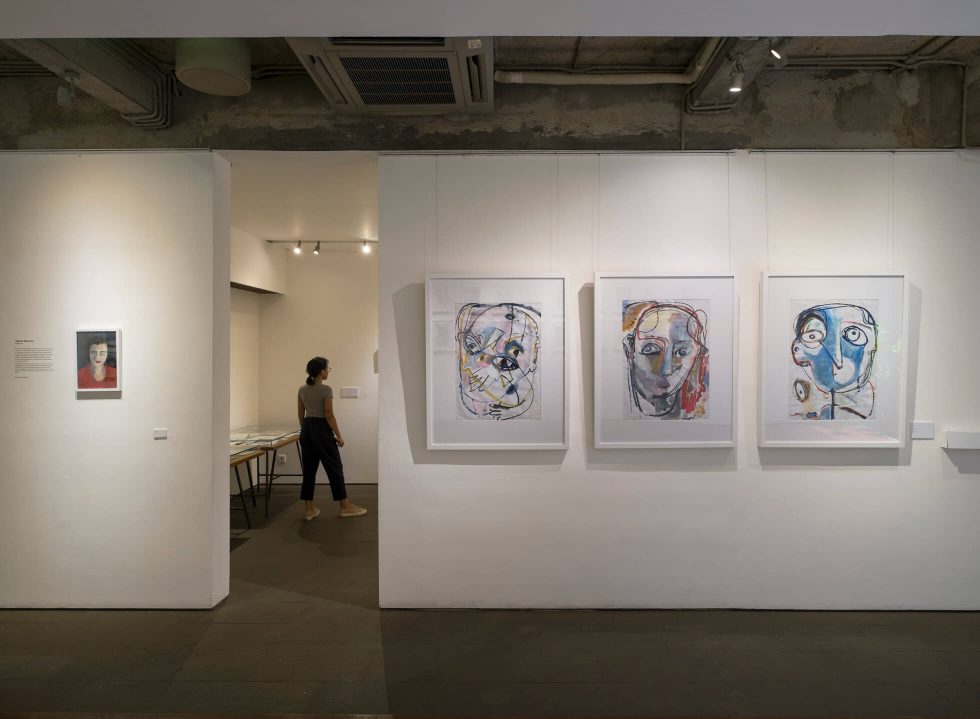 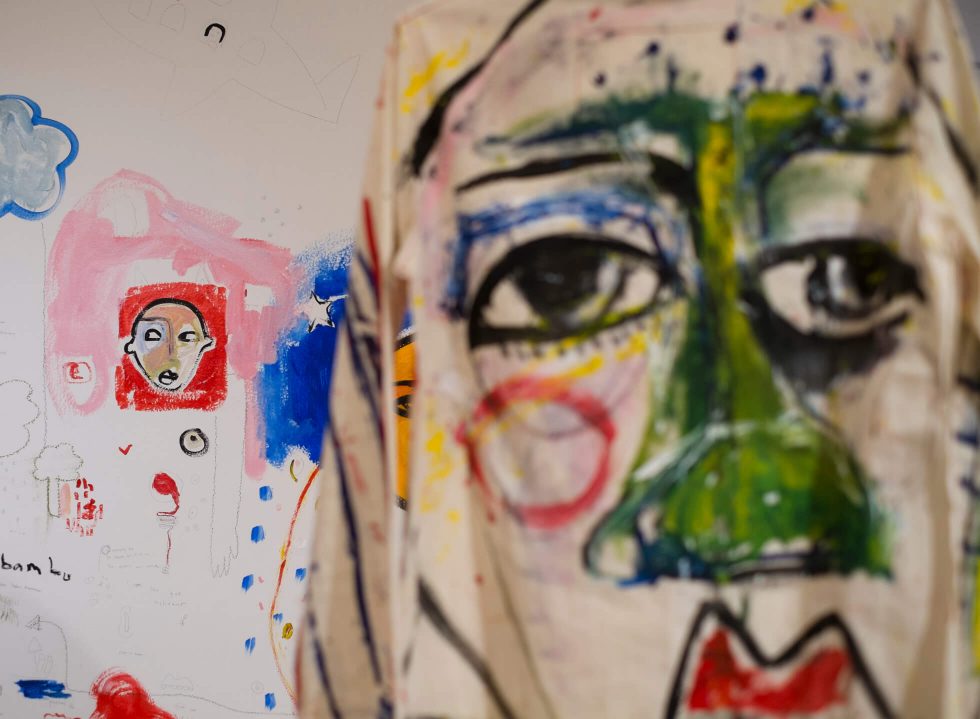 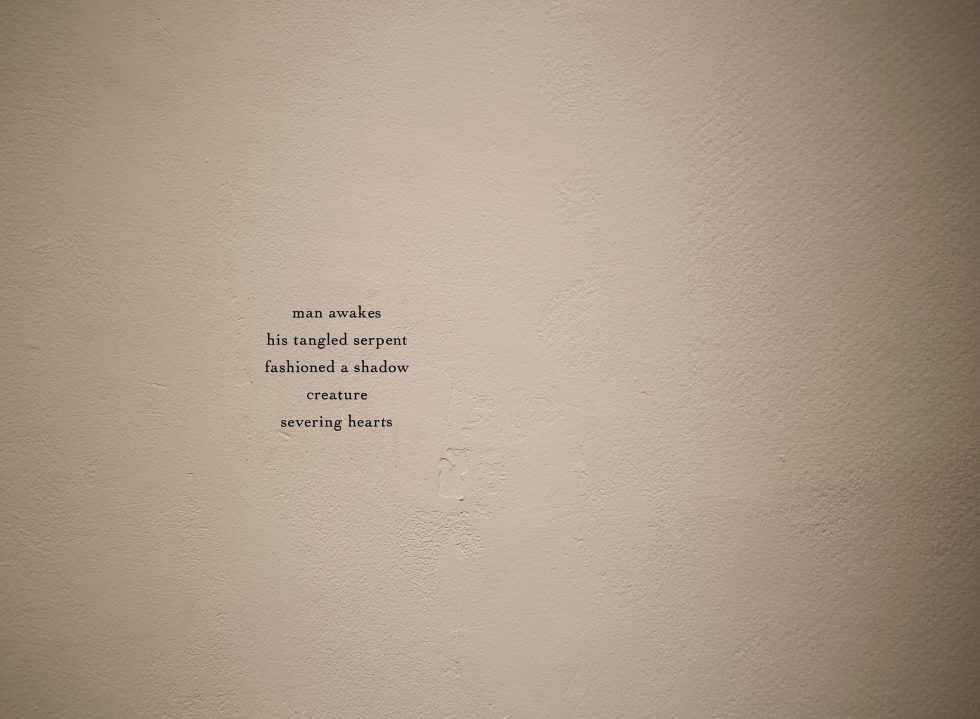 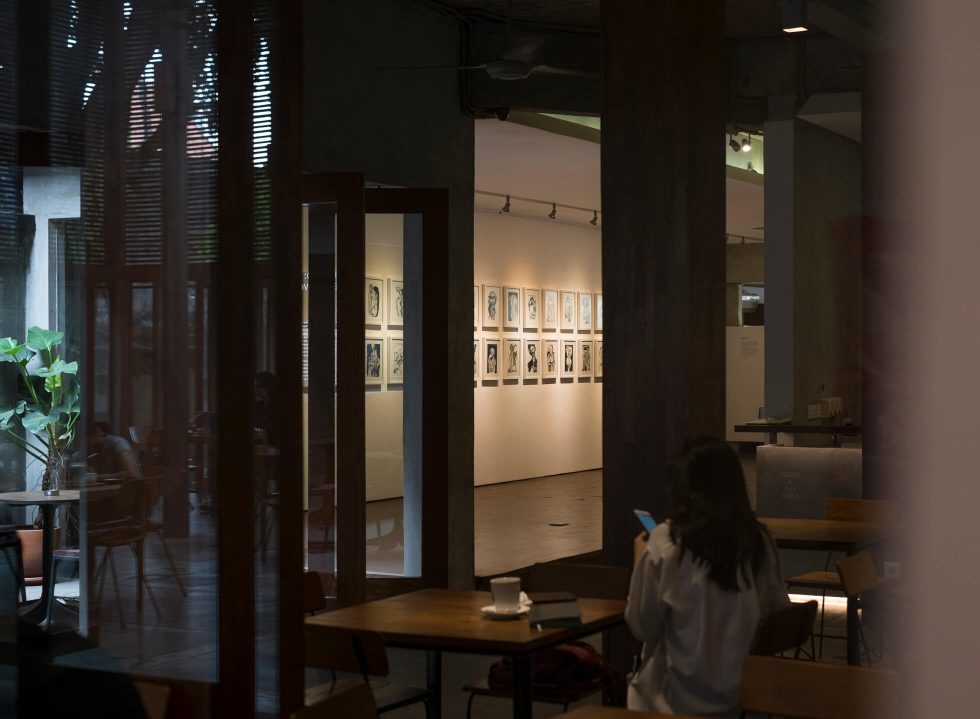 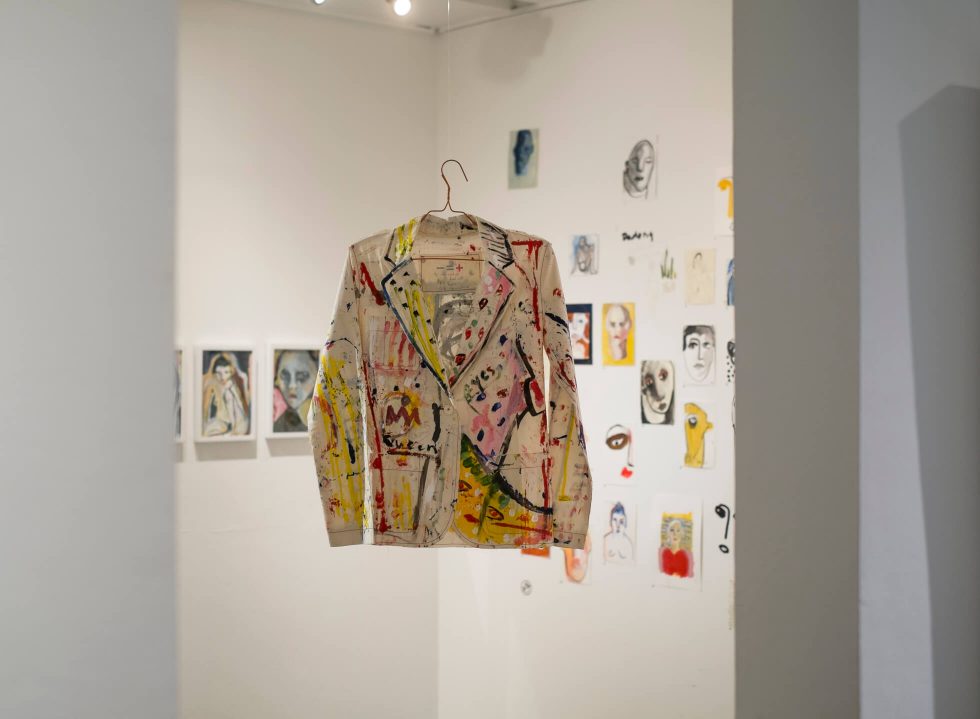 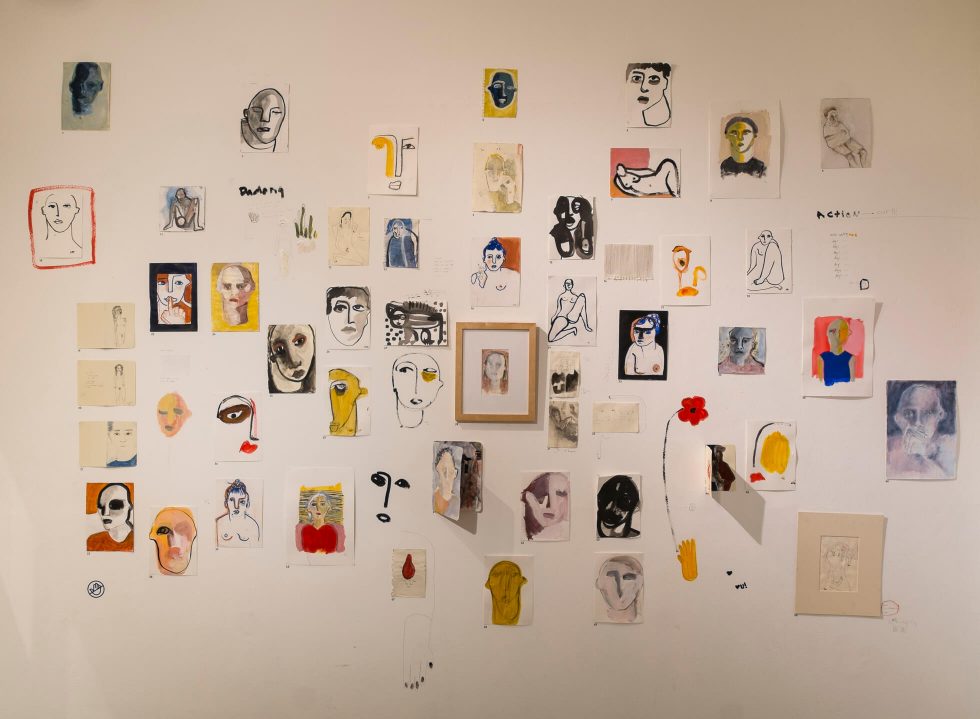 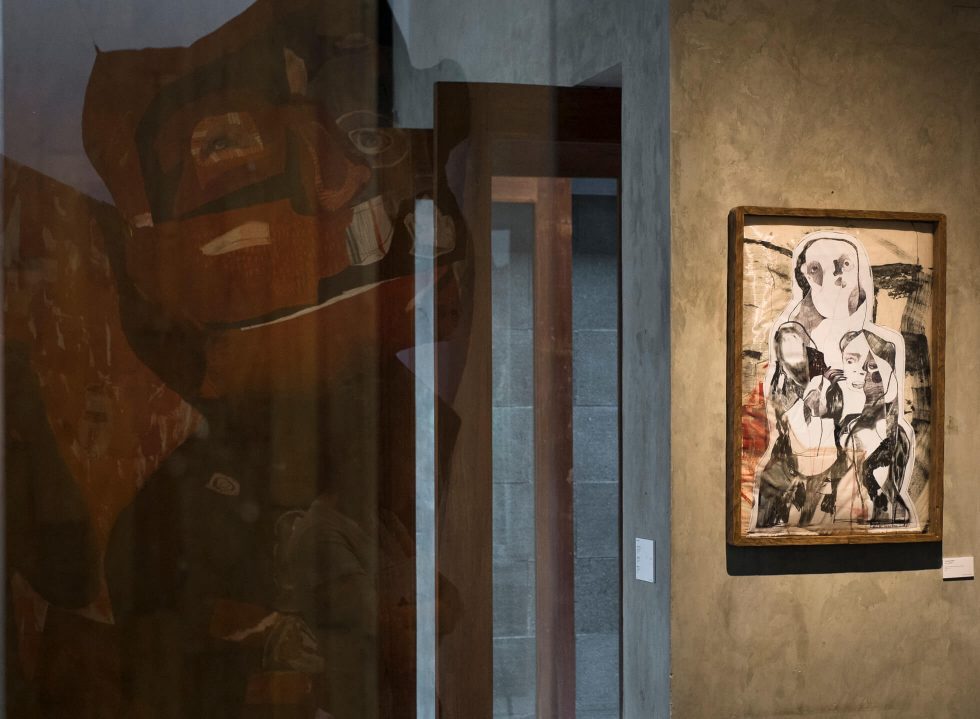 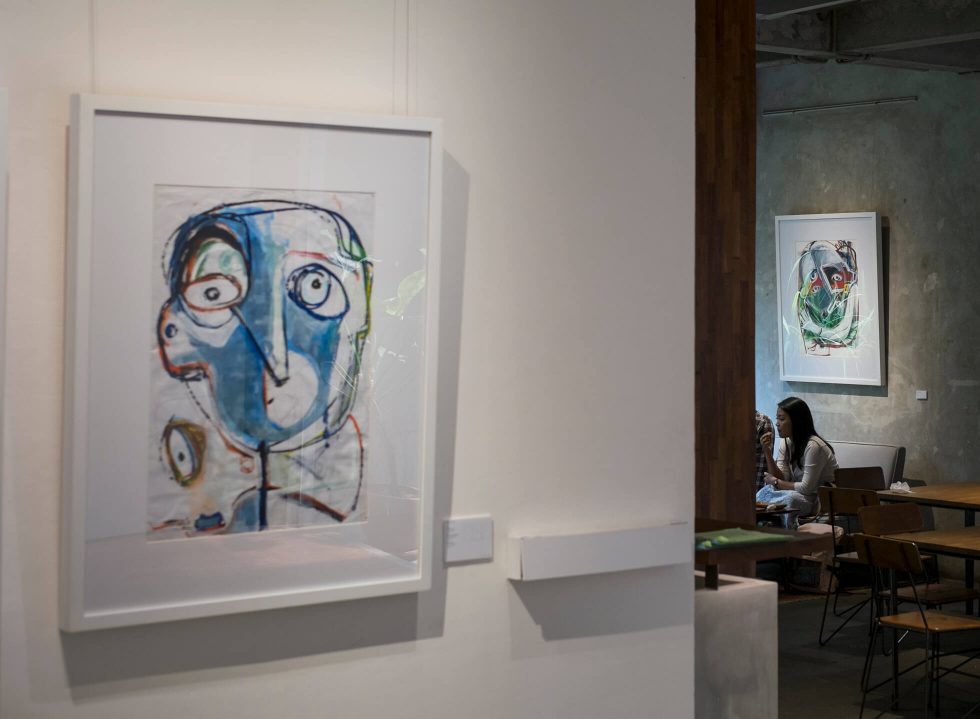 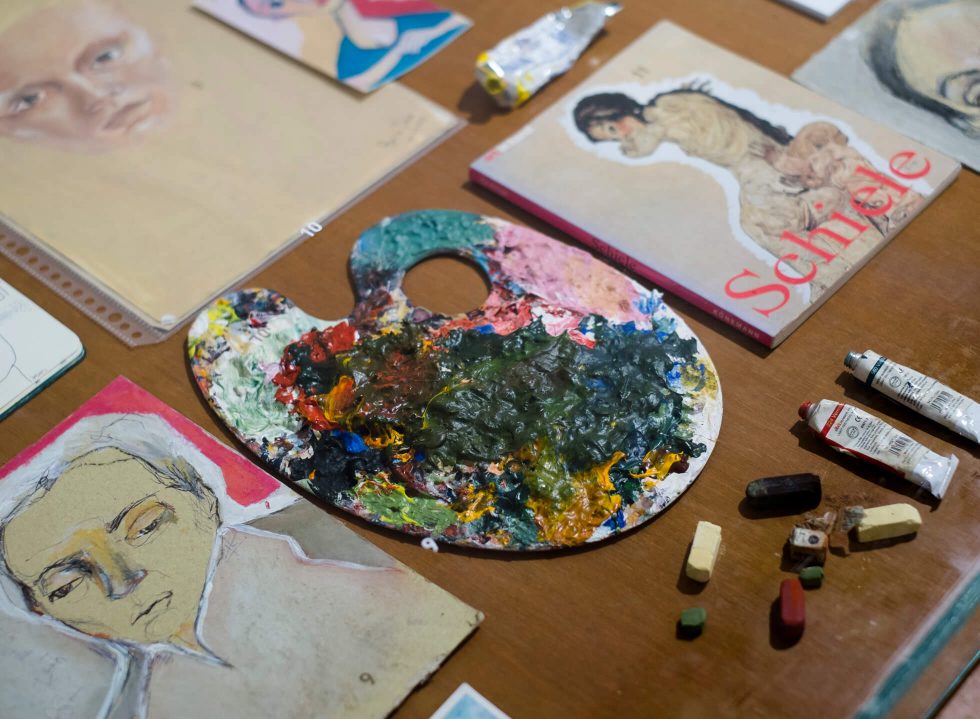 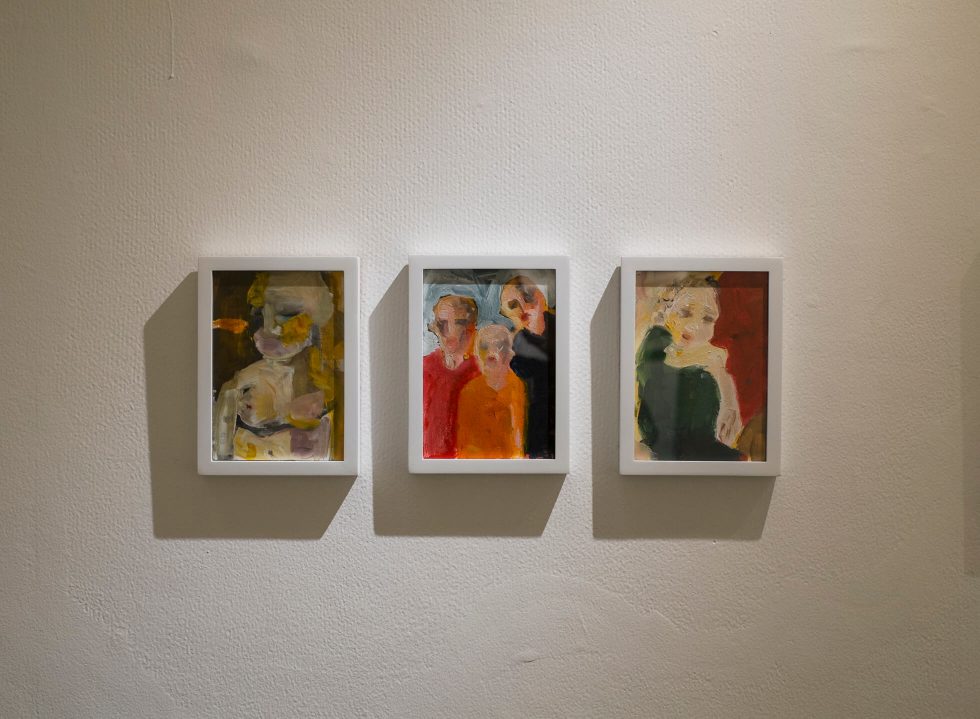 Pentimento: A Speculative Trace at Dia.Lo.Gue

by Erdira Wirengjurit
Share
At Dia.Lo.Gue, Pentimento: A Speculative Trace is an exhibition that features the works of three emerging female artists whose grotesque, abstract-leaning art embraces continuous introspection.

Every artist must know the staking process of creating their artworks. In Pentimento: A Speculative Trace, visitors are invited to see when each trace of an artwork isn’t erased, but instead worked and reworked as the artistic concept of the exhibition.

Taking place at Dia.Lo.Gue art space in Kemang, the exhibition curated by Sally Texania features the artworks of three emerging female artists whose works revolve around individual struggles, questions and memories of the self that continuously linger, pushing for an introspection. The artists, Naomi Samara, Salvita Decorte, and Ruth Marban come from different walks of life. Their art is as distinct from each other, yet visually tied in by their affinity for grotesque, abstract-leaning figures.

Beyond the grotesque style, leaving behind traces of the process in the ‘finished’ works is the concept that this exhibition is based upon. The excerpt reads, “The consideration to execute a stroke, to erase, to add lines are a reflection of the artist’s continuous effort to unveil and reinterpret.” As such, the display of processes in the artists’ artworks is a deliberate conceptual decision for visitors to indulge upon. These ‘traces’ embody raw emotions poured into the artworks in progress with speculative intentions.

For the three artists, the display of processes is distinctly personal. Naomi Samara draws inspiration from her body as the muse in her paintings. Salvita Decorte relies on memories of her father and the people she meets, drawing them into portraits that she revisits over time. Ruth Marbun is unapologetic when it comes to exploring different mediums for her craft. Here, she braces imperfection by combining paper and textiles in her artworks.

Forged from the verb, pentirsi, meaning to repent, pentimento (plural, pentimenti) is an untranslatable Italian word that points to alterations in artworks as evidenced by traces done previously, showing the artist’s change of mind as part of the process. In this exhibition, the pentimenti in these artworks are celebrated traces.

Pentimento: A Speculative Trace at Dia.Lo.Gue Art Space will run from 17th July to 19th August 2019.