Opinion: Should Water Really Be a Luxury? - Manual Jakarta 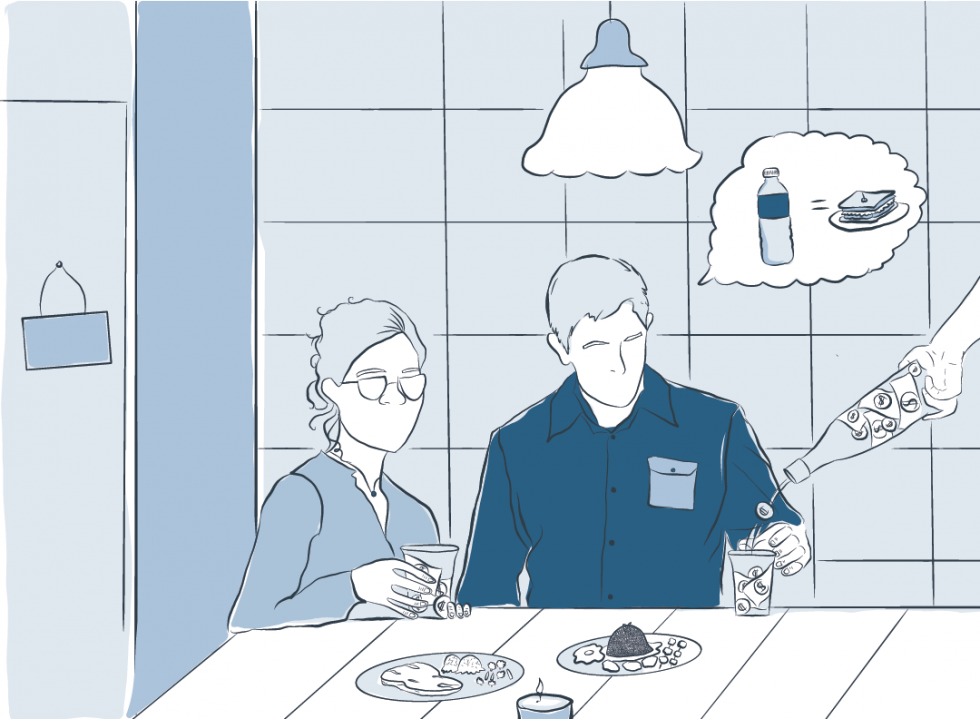 Opinion: Should Water Really Be a Luxury?

By Cindy Julia Tobing
Share
Our Associate editor Cindy Tobing has few to say about dining out in Jakarta: paying for water is concerning because it's simply an excessive splurge.

I like having two beverages every time I dine at a restaurant: one mineral water to cleanse my palate and one sweet or carbonated drink to satisfy my glucose thirst. Now, this may sound like an overbearing and particular need and in retrospect, comes from a place of privilege. However, this also comes from having to compensate what’s been an anomaly for a long time but is still treated as the norm: not being served free water at restaurants.

Having spent time in Singapore and the U.S., I have noticed that mineral water is almost always free of charge and served upon request. To add, it’s refillable. I can actually have both water and another beverage of my choice without feeling guilty or breaking the bank. This is where dining in Jakarta feels like a double-edged sword—you want to try out a restaurant’s specialty drink while also wanting to have a perfectly cold water by your side, alas paying for both in the end.

Yes, comparing our situation to what’s been provided in other countries seems redundant.  To add, there are many factors that should be taken into account, from the different water filter systems and government regulations down to one’s lifestyle. Yet, there’s no harm in questioning why most restaurants in Jakarta still have not adopted, what I deem, a long overdue service.

The argument against it is valid, the tap water quality in this country is simply unsanitary. And for restauranteurs to install a water filter or provide Aqua gallons would probably add more bucks to their production costs. But the latter is not totally out of reach, seeing that café-restaurant Say Something at Como Park in Kemang does serve complementary water (lemon-infused one to be exact) on a daily basis.

I asked one of the baristas, Ainul, on the considerations of serving free flow water and he pointed out to the relatively costly drinking water filter, which they had to change four times a year.  But it seems like the pros far outweighs the cons as “customers’ feedback has been great, and many, especially expats, have expressed their appreciation for serving them,” notes Ainul. This shows how they prioritise service above all and with that earning loyalty from their customers.

As reality stands now, we are faced with the absurdly high mark up of a rather small-sized bottle of water. If restaurants can’t change their policies, then should the course of action start with us? Because the question remains: why would I buy 330ml bottle of water for 15,000 IDR when I could spend that on another drink, or even better, a dessert?

As a result, bringing my own water to restaurants has become a habitual routine, as I’ve seen it done by many people as well. I see this as a soft cry from customers who refuse to pay for a bottle of water, whilst also taking the lead in reducing single-used plastics. It makes sense, as it seems to be the most feasible and practical way that could be done from our part.

Going forward, however, not being given complimentary water where we dine out should feel unnatural. Like Say Something, cafes or restaurants should be motivated to adopt the same approach, as benefits will prevail in the long run; won’t they be happy if we get to spend our money on their signature drinks and desserts instead of an overpriced bottle of water that we can easily get from home? At least put our money where it’s worth it.