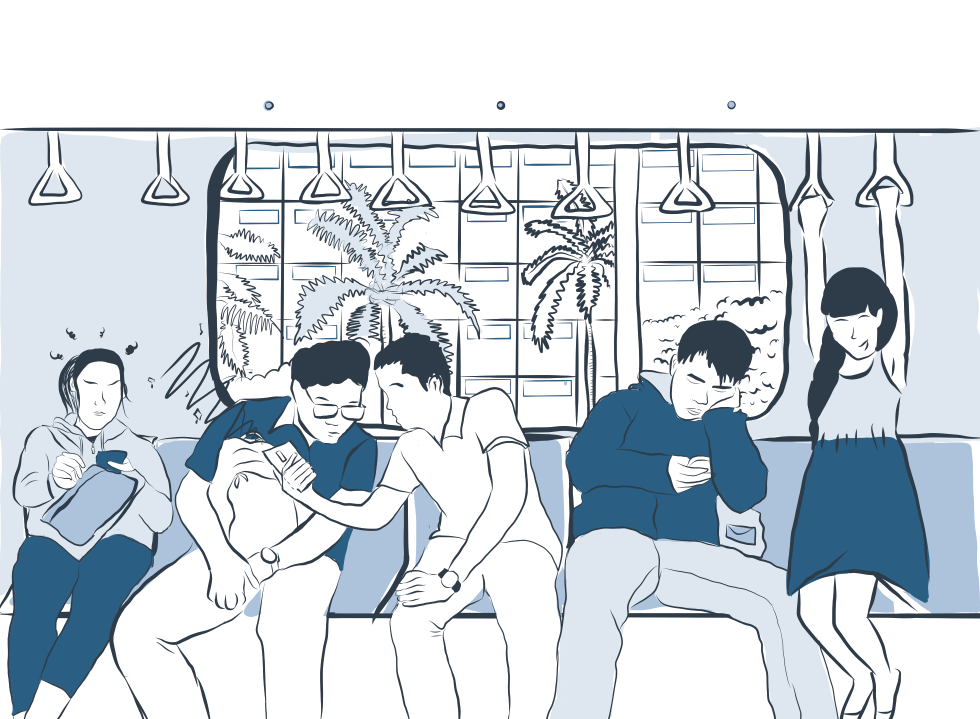 Share
As a regular MRT rider, our Managing Editor Erdira Wirengjurit took notice of the many odd and questionable mannerisms that many commuters do, indicative of a wider concern that calls for our attention.

The first time I travelled by the equivalent of the MRT in Moscow, called the metro, a babushka yelled at me for blocking the way on the escalator: “Stand on the right, please!”

She was referring to the right side of the escalator where commuters lined up to reach the platform, leaving the left side empty for the use of metro-riders who wish to skip and descend by foot in order to catch an earlier train. Ever since, I’ve developed the habit to observe local etiquettes, especially in the public sphere where I am not alone.

Navigation in public space can be agonising, which is why proper etiquette for public  behavior have been adopted to make the experience less burdensome: to ensure one’s comfortability without infringing on another person’s experience. This is what Indonesians call “budaya tata tertib,” the culture of orderliness and discipline for the benefit of the public.

A bunch of rubbish, if you ask me. Not the concept, no. Rather, it’s the fact that the idea has gone so past people’s mind, it’s practically forgotten and scoffed upon. When the MRT finally took off in Jakarta, I was apprehensive whether Jakartans would adopt the list of etiquettes campaigned around the shiny stations and on the Internet. Stand to the left of escalators, prioritise elderlies, don’t cut lines, don’t man-spread, among many of the teachings. If only I had a penny for every time I witnessed and/or became victim of careless behaviour, I wouldn’t care finishing this sentence. Though I must say: Parents letting their children swing on hand handles win the trophy for worst of all.

This isn’t without considering the fact that to Jakartans, a public facility like the MRT is a novelty to many. Whereas appropriate behaviour isn’t difficult to digest, I am aware that they come from a place of privilege. Instead, my agony comes from the fact that too many Jakartans have the tendency to shrug when they’re told of better mannerisms that could be applied in public.

Not that I police every line-cutter or wrong-side standing individual I see. But to those who come my way, I don’t shy from firmly informing them of their disruptive behaviour. Many aptly recognise their mistake but too many also pretend not to hear me altogether.

I cannot begin to comprehend that sort of arrogant attitude, which, at times, has driven me to act like the old Moskowitz babushka who didn’t think for a second to yell at my mishap. Still, the inflexibility is indicative of a graver problem that needs to be addressed because in the realm of public good—and especially there—other people’s comfort is just as important to consider beside our own. That’s how we develop the mentality to prioritise the greater concern for the benefit of all, in other words, budaya tata tertib.

But all isn’t lost, like many lessons in life, they all come with a learning curve for us to learn better ways. In fact, the situation gives prospect to open the conversation about these unhealthy public behaviours and how to move on from that as a modernising society. Ultimately, not enough public campaign will suffice to catalyse the change this society should embrace and deserve unless it starts with us.