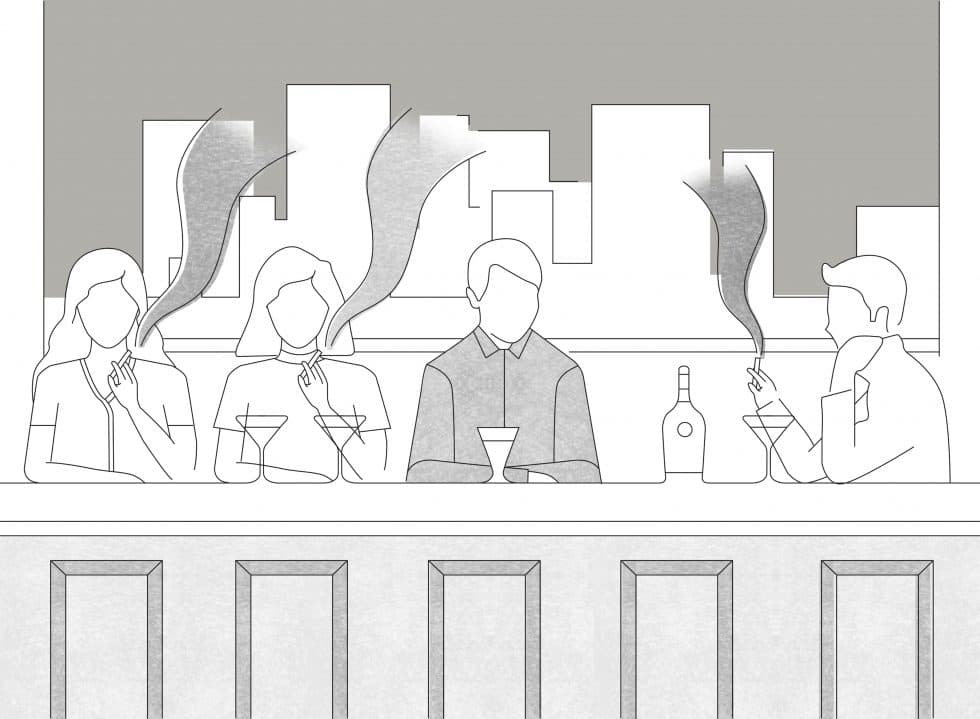 Share
Nothing against smoking but our Editor-in-Chief, Julius Kensan wishes to spend a night out damaging only his liver and wallet but not the lungs.

My colleagues and friends alike have been lamenting lately on how there’s just doesn’t seem to be any energy left for a night out. So they attributed it to the fact that they are simply getting old. Most of them are in their late twenties, by the way.

Do I feel the same? True, the sightings of me grooving on the dance floor or downing shots of Tequila are indeed rare, but certainly not from the result of getting old. Thank you very much. It’s really just the prospect of getting suffocated with second-hand smoke that compels me to reconsider my plan.

Of course I’m not blaming my plight on friends and strangers who smoke. But so often, and I’m sure I’m not alone in this, I have to experience difficulty in breathing as well as struggling to keep my eyes open from the effects from the smoke that I might have appeared kind of inebriated in the eyes of my friends.

Fact: Indonesia is one of the world’s largest markets for tobacco. It is probably easier to find someone smoking a pack of cigarettes a day instead of downing eight glasses of water. A PR friend from a luxury hotel in Jakarta once confided in me on how their bar suffered after banning smoking in the premise. But now that the ban is lifted, the bar is enjoying a steady stream of guests every night.

Banning smoking is clearly not an effective solution. At least not for now. Instead, wouldn’t it be nice if nightlife establishments could step up their efforts in improving the ventilation system? I’m not discriminating against the right to smoke. Rather, I earnestly request that our welfare as non-smokers to be put into consideration as well.