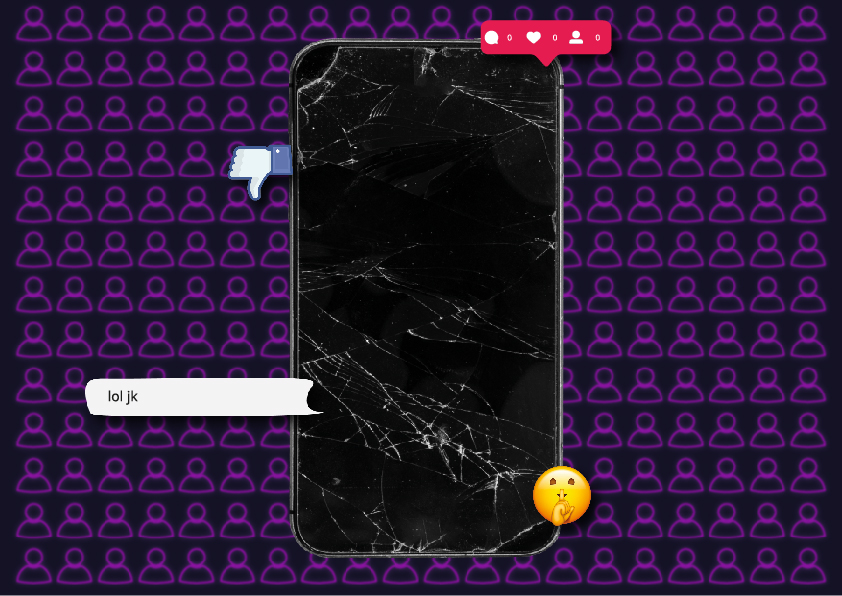 by Erdira Wirengjurit
Share
On one of the dilemmas that invade social media today, Managing Editor Erdira Wirengjurit ponders on how the nature of our social platforms must require its users to adopt a sense of accountability in the age of content creation.

Since the pandemic hit, my screen time has increased as the consequence of mindless scrolling on social media looking for new tie-dye lounge sets and cat memes. Then I caved to downloading TikTok. It started small with a curiosity for self-anointed comedians of TikTok like Brittany Broski who aces her comic vegetable impressions with an impressive British accent, Victoria Adeyinka whose humorously exaggerated impersonation of her parents never fail me, and other quality contents that entertain my attention. I wouldn’t say I’m addicted, but the algorithms surely know what’s been tickling my fancy to keep me glued to my screen for hours on end.

In a world where we have been designed to love scrolling on social media, the market for content creation is ripe. Speaking from the perspective of a media worker, I should rejoice over this because your attention literally puts food on my plate. At the same time, the appeal of the content market means that every social media user is a content creator as much as they are an audience to another creator. The freedom of social media has made it ground zero for the creation and circulation of good and bad content, and this is where it gets problematic: How can we rethink our responsibility as content creators on social media?

Netflix’s recently released documentary The Social Dilemma (2020) is an eye-opener in terms of materialising the monster that is social media created by Silicon Valley’s top minds. The documentary invited former engineers, designers and experts at Google, Facebook and the likes to talk in-depth of the practices and concerns that have engulfed the tech world with ethical dilemmas. They mentioned the power of complex algorithms that compute our behaviours on social media into creating a “curated” feed of content for us to scroll on endlessly. If you’re a cat and meme enthusiast, imagine a feed of endless cat memes, but with a catch.

Independent of why these super algorithms are designed to be the way they are, this fact had me pondering of the tremendous responsibility we carry on our shoulders as content creators. On one hand, you want your content to be good (and possibly monetisable). On the flip side, you also need it to stand out among the millions of contents that already exist. The latter is a powerful incentive that has driven many social media users to do questionable things in the name of mass virtual attention or “hype,” which more often than not result in sub-par and downright ugly content that speak vanity more than quality.

For example, when I set up my TikTok account, the feed suggested me reels of content that are currently booming in the region. Least to say, I was quickly displeased to see tasteless teenage skits and dull paid-promotions being the highlight of what this nation has to offer. Thanks to the algorithm, I was able to fix my feed with the type of content that I appreciate by liking some reels and following TikTokers. But going back to the aggressive algorithm whose main purpose is to make you scroll, another person’s feed can also be home to an endless reel of TikToks of poor taste condoning bullying, hate speech and whatnot for “humour” or others. How can we hold these creators accountable over their content and the creeping detrimental damages they may cause?

Over these concerns, content creation without accountability is wild, yet there’s no set system to withhold it for creators who freely justify their poor taste or opinion on the wrongful use of Freedom of Speech or downplaying it to “it’s just for fun.” I love social media for what it can provide: good laughs, connections and information that broaden horizons. But the good will always be tainted by the hands of content makers who just know how to ruin it without an ounce of sense for responsibility.

A City Obscured of Hope

In this photo essay, we see Jakarta languished and absent of our daily motions. Taken from the perspective of Manual Jakarta’s photographers, these photographs bring light to the sheet of uncertainty that continues to envelop the city, and our ongoing fight against it.

Catch a Whiff of Oaken Lab

Cementing its mark on Indonesia’s body-care industry, local lifestyle brand Oaken Lab aims to elevate your daily rituals with their signature scents which are quickly making its way to homes, each with a story to tell.

Slowly enlivening the previously faded out neighbourhood into fertile ground for creative endeavours, the growing creative community of Grand Wijaya shows us how artistic collisions and effective cross-industry collaborations points the way forward for the local creative industry.

Managing Editor Erdira Wirengjurit would like to tell you about Collective Effervescence, how it’s responsible for our happiness and the emotional slump we’re feeling and how staying home can save everyone.

Usually, single-use items and sustainability don’t go hand in hand. That’s not the case for Bali-based TISOO and its aim to do good for the environment with one tissue roll at a time, deserving a spot for Manual Pick, a series where we highlight items we love and desire that range from remarkably banal to mucho fancy.