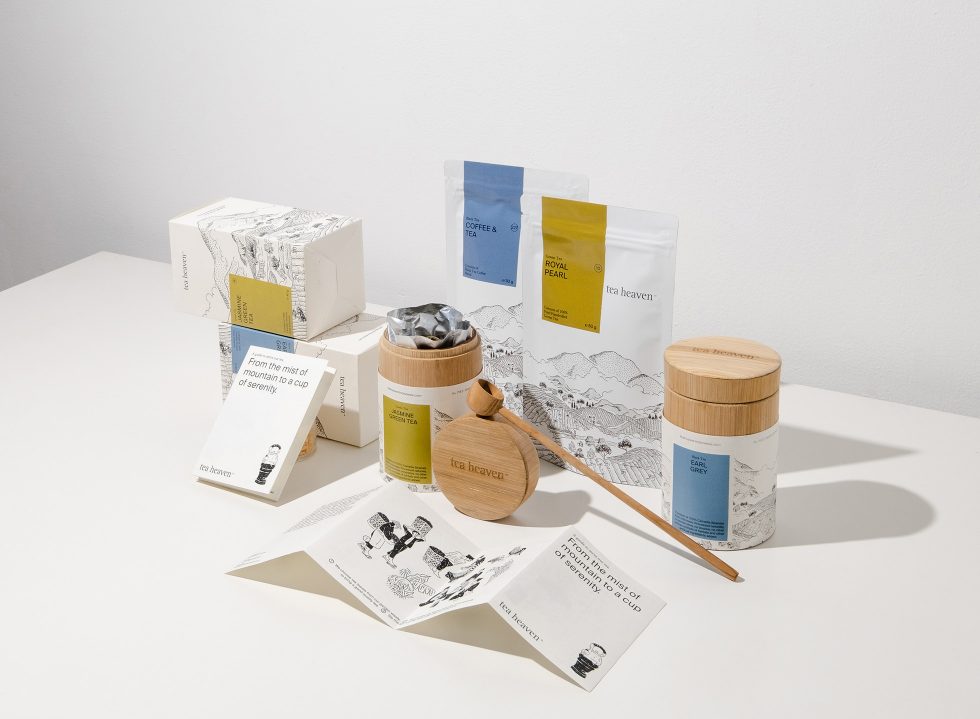 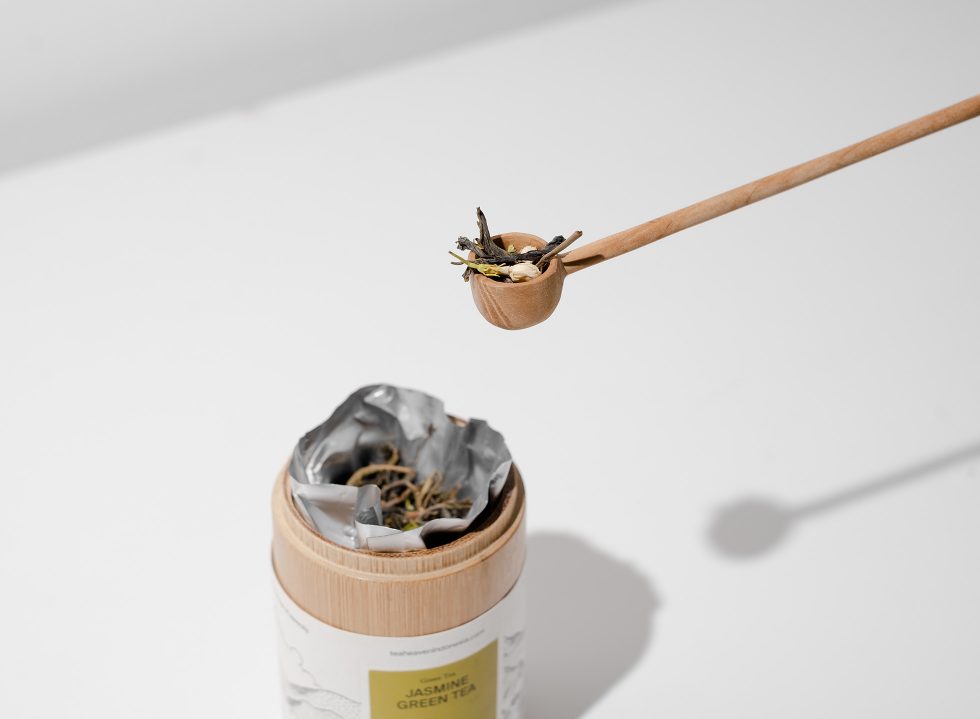 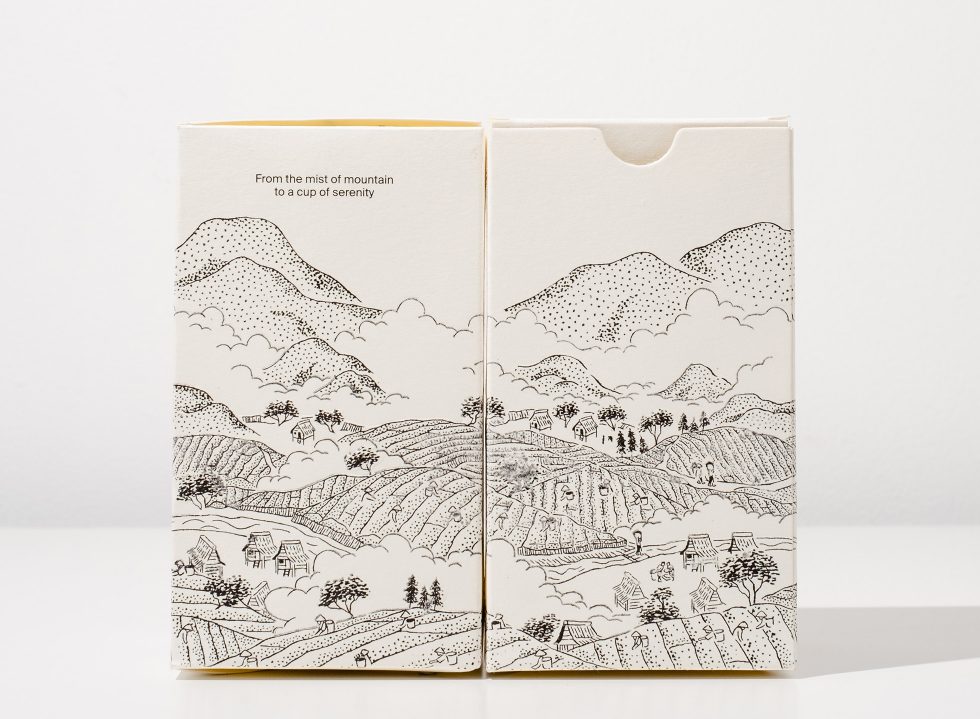 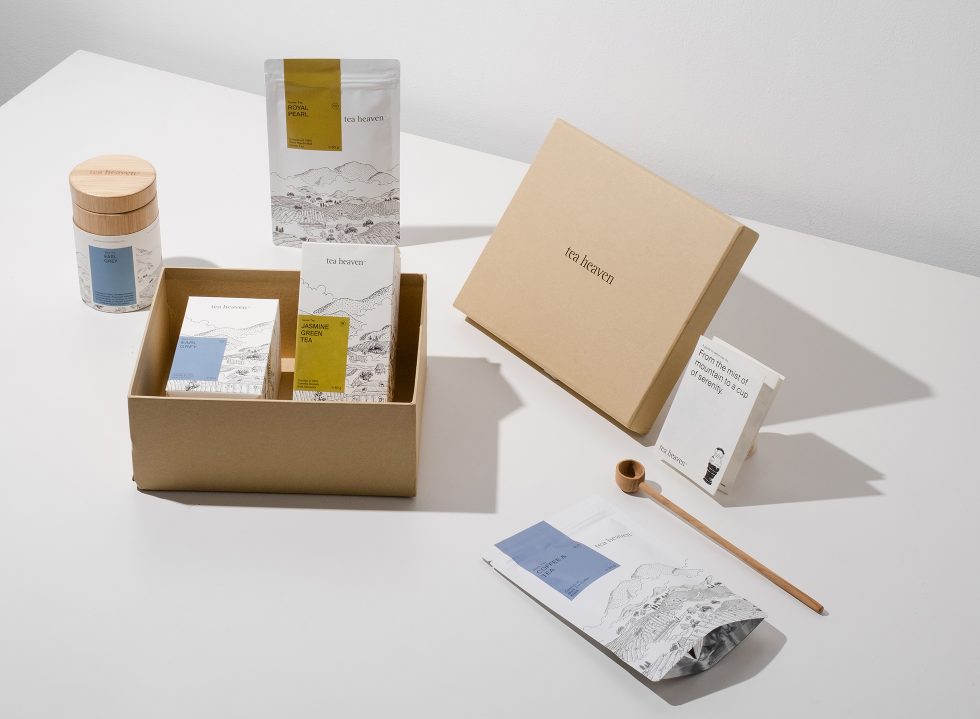 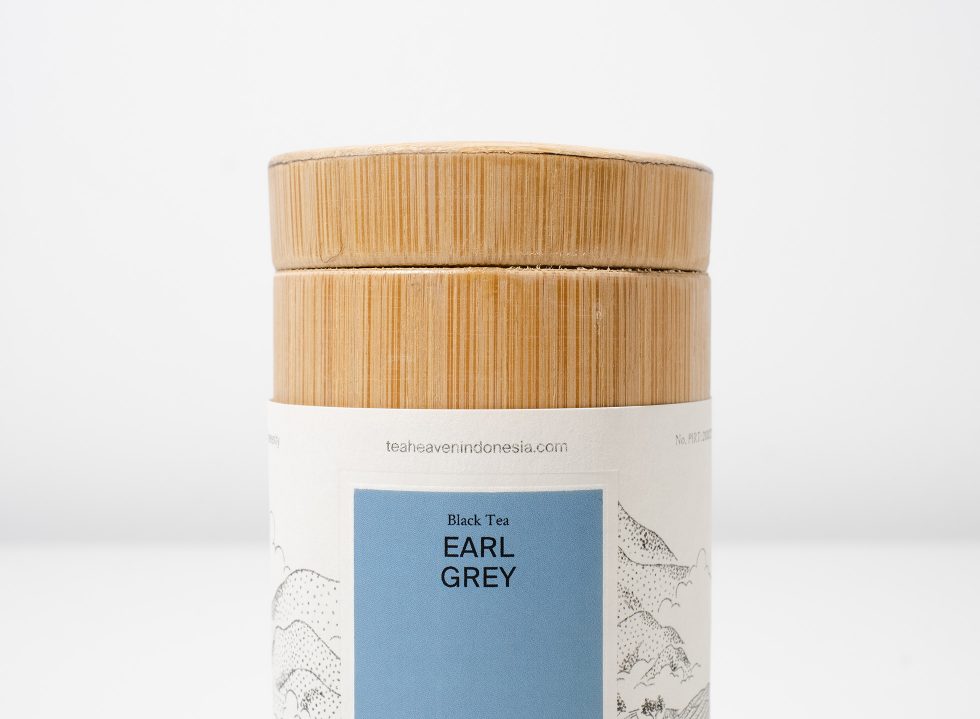 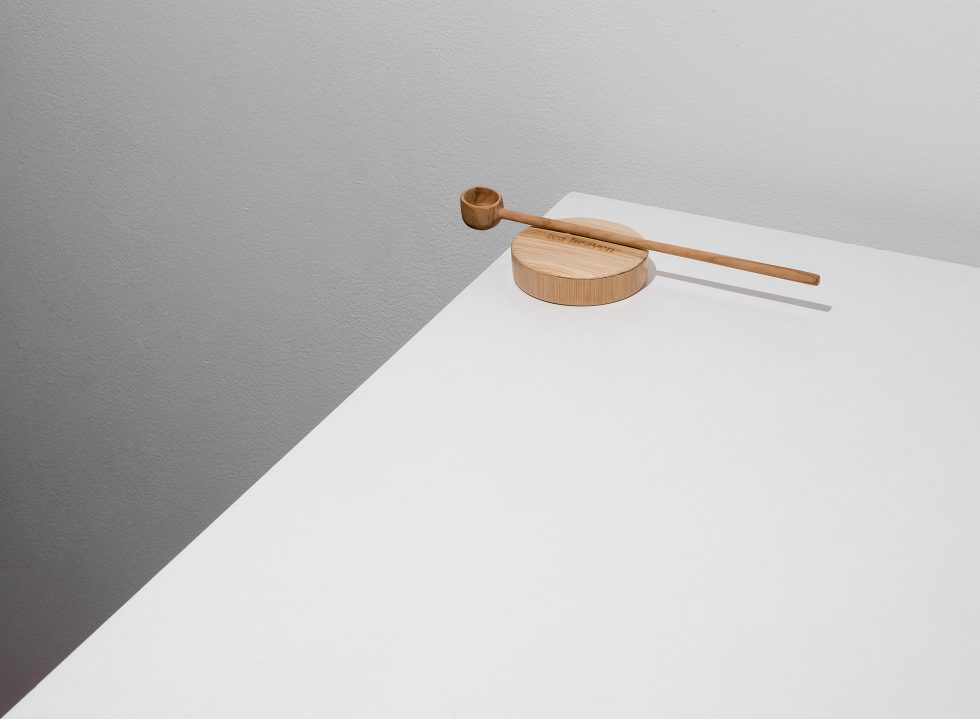 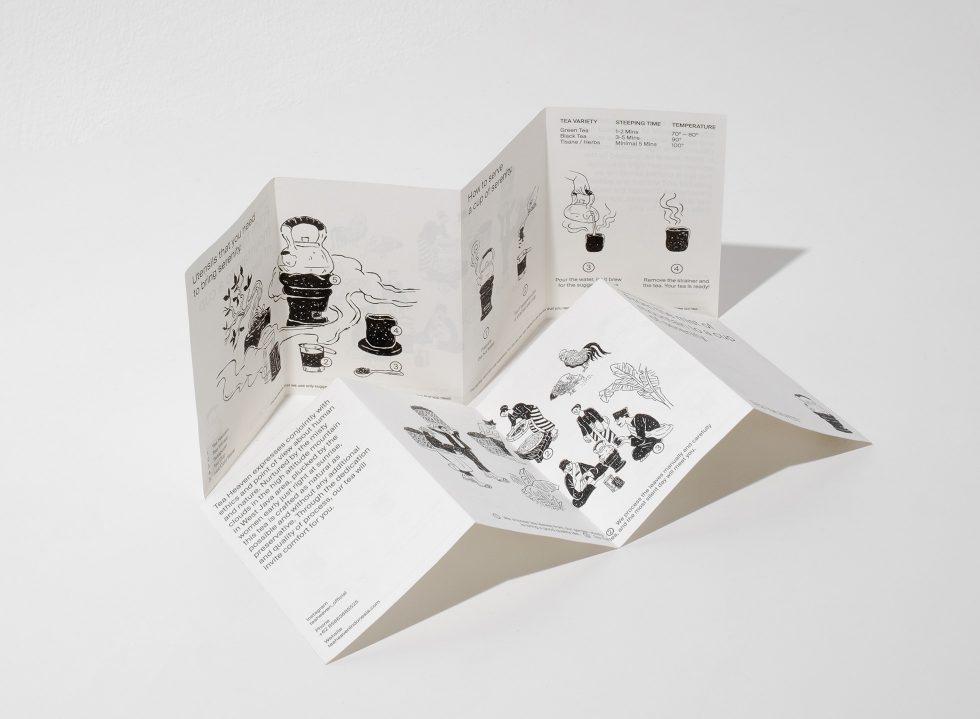 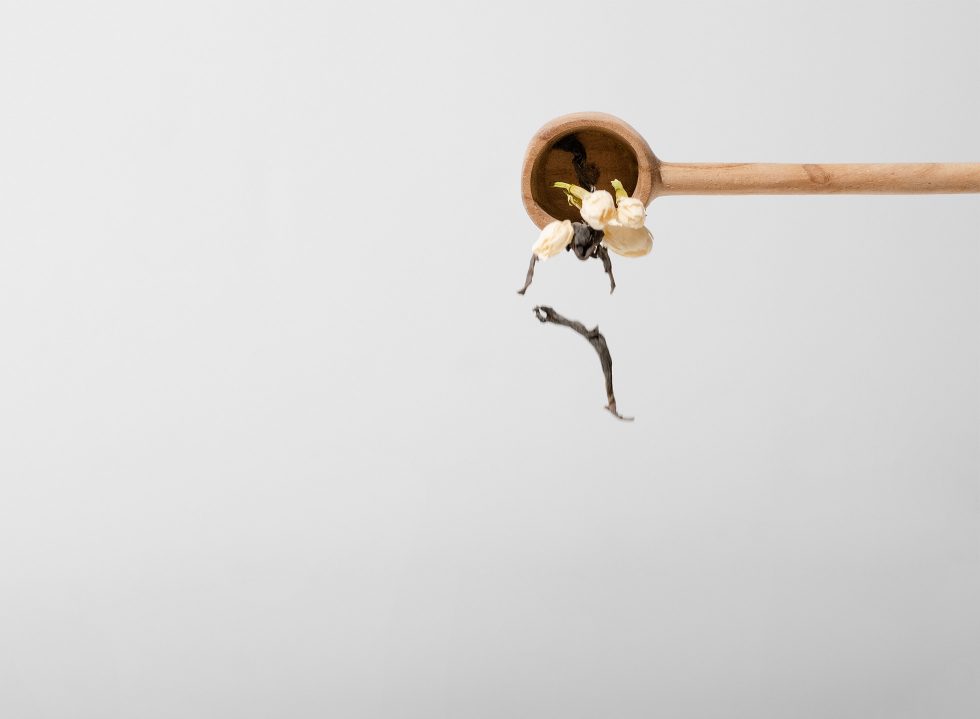 Share
Tea Heaven referenced the serene beauty of Indonesian tea gardens as the face of their brand. In this edition of Matter of Design, we look into the natural elements infused into their visual identity while learning about their goal to promote the local tea culture.

Imagine standing in the middle of a tea garden where the cool air of the hilly terrain blankets the atmosphere. Local farmers can be seen clutching their baskets for their daily harvest, the wind picking up the faint fragrance of the swaying tea leaves as misty clouds move slowly in the background. It’s a peaceful and heavenly image, one that particularly sticks with Devina Amelia of Tea Heaven.

“I grew up in Sukabumi where tea bushes grow healthy because of the good climate and soil conditions,” recalled the founder and design director of the local tea brand. “‘Heaven’ [in this context] can be a place, a reminiscence of a beautiful tea garden I experienced, or it can also be a state of being.”

Launched in 2017, Tea Heaven is a Sukabumi-based brand that source 80 per cent of its tea from 20 community farms across Java, Bali and Sumatra. From the existing selection of green and black tea to herbal tisane, Tea Heaven aims to produce over a hundred of tea subtypes that are grown with a sustainable and ethical purpose.

The morning dew, the hazy clouds, the high-altitude mountains and the local farmers working amongst the tea bushes are visual elements that Devina wanted to translate to Tea Heaven. Spread across their tea pouch zip locks and bamboo tea canisters, these visuals should conjure up emotions like serenity and warmth—keywords that design studio Studiowoork had worked with when they did the brand’s packaging and art direction.

“We were inspired by the name ‘tea heaven’ itself. The illustration visualised a virgin tea garden in Sukabumi where it’s on top of the hills surrounded by cold air, a serene ambience and wonderful farmers,” said Io Woo, creative director of Studiowoork. The pointillism technique was used to draw the illustrations on the packaging and the step-by-step leaflet that comes in the box; visuals like a boiling pot of tea or farmers in traditional clothing with their baskets of plucked tea leaves are hand-drawn, dot by dot.

Where colours are usually scene-stealers, here, it’s balanced in a way that complement the illustrations. “We use white to give a sense of serenity, which also brings a balanced and modern feel,” noted Io. “We also combine white with natural colours inspired by the three main types of tea in the lineup.” For one, green is used to indicate the brand’s green tea signatures, while blue indicates the black tea selections such as earl grey and English breakfast vanilla.

One of Tea Heaven’s latest productions is the bamboo tea canister with the brand’s moniker (whose logotype was initially designed by the multidisciplinary design agency Table Six) engraved on the lid. Each container lends its artisanal value through the handwork of local craftspeople in Cicantayan village in Sukabumi, where bamboo is particularly plentiful in the area. “The craftsmen were also locals who happened to have lost most of their revenue during the pandemic,” noted Devina. “Most of them are already used to making bamboo-woven panels, glasses and utensils for local Sundanese restaurants.”

But beyond the aesthetic value, Tea Heaven stemmed from a deeper observation of the current state of tea in the country. Seeing how tea estates export 50 per cent of their raw productions to international brands while the lower quality ones go into local supermarket shelves further stirred Devina to build her tea brand with a higher purpose.

“Indonesia is the 7th largest tea producer in the world, but we are ranked 81st in terms of interest rate on tea drinking. Our goal is to promote the world of local tea and botanical harvest to a wider local audience,” said Devina.

The use of social media platforms like Instagram then is not only beneficial to express their visual identity but also as a way to advance their mission. “It’s a powerful tool to educate people about the world of tea that is so rich and complex, yet rarely being communicated. Education is important here and it is one of the ways to achieve our goal of promoting the tea culture and its range.”